Choosing the right winter tires for your car is crucial and this guide will help.

Like it or lump it, winter is coming. For most Canadians, that means hauling the heavy jacket and toque out of the closet, then dusting off that snow shovel which was unceremoniously flung into the shed’s dark corner the minute crocuses starting appearing last April. Something else which makes an appearance? Winter tires.

You’ll notice few people call them ‘snow’ tires anymore, thanks to a recent infusion of technology into these round rubber lifesavers. A set of modern winter rubber adds traction properties when the mercury dips below 7 degrees Celsius – whether there’s a layer of white stuff on the ground or not. In short, there doesn’t have to be sleet and misery falling from the sky to benefit from the extra grip provided by winter tires. 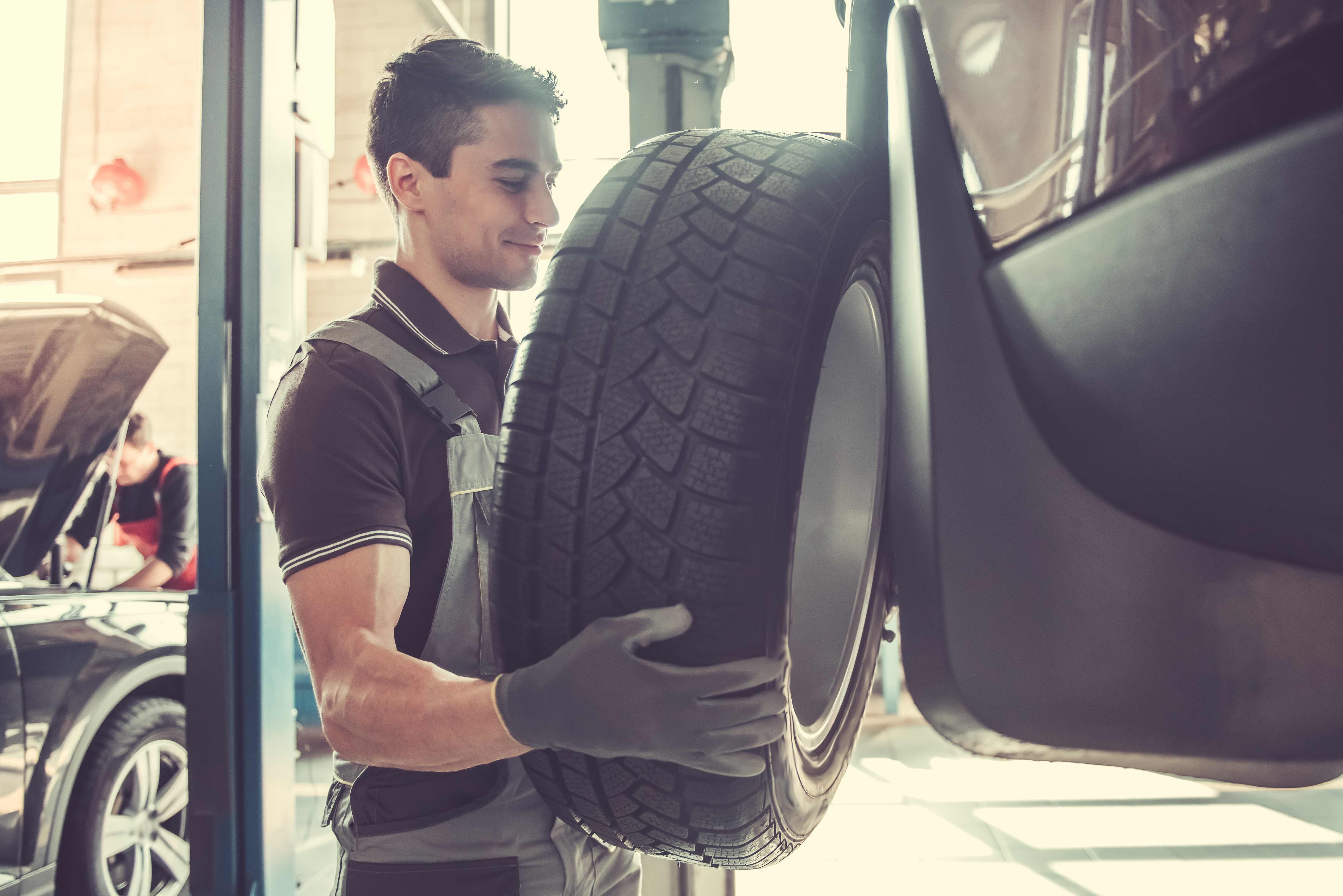 But what are the best options for your particular vehicle? With more choices on the market than ever before, we sought expert advice from a couple of industry experts to help add a bit of clarity to this equation. Is it ok to run the same type of tires on the family hatchback as it is on pop’s pickup truck? What about studded tires? And what’s the deal with these so-called ‘ice radials’?

We’ll kick off with the beyond-dominant type of vehicle found on Canadian driveways. In fact, nearly three out of four new vehicles sold in this country is an SUV/crossover or a pickup. Since most of these vehicles are equipped with all- or four-wheel drive, it makes sense to take advantage of that feature by installing winter tires which are designed to make the most of the available grip. But these machines also tend to be heavy, which is no small consideration when selecting new rubber for foul weather.

“Strong sidewalls and a heavier load rate are important details,” explains Carl Nadeau, race car driver and Michelin driving expert. These features permit a tire to bear more weight than their lighter counterparts which, it should be noted, could look exactly the same as other tires to an untrained eye. Michelin’s Pilot Alpin 5 brand of winter tires, for example, has a specific SUV option which incorporates sterner material into the tire sidewall in order to better bear the extra weight of a truck or SUV. 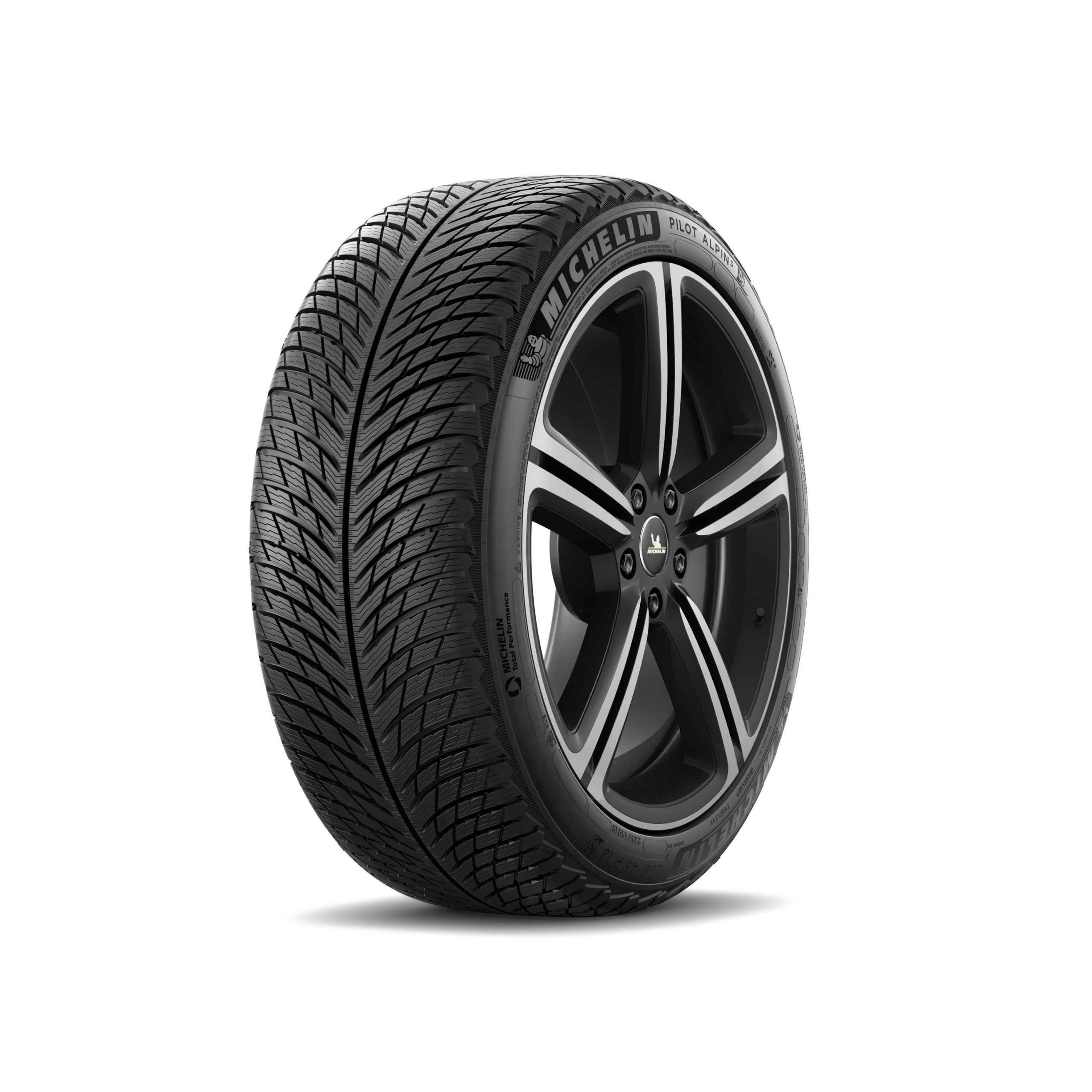 It’s tempting to think one doesn’t need winter tires on an all-wheel drive vehicle given the inherent traction advantage of that powertrain type. However, we’ll remind our readers that winter rubber also provides an edge in terms of handling and braking, and for gripping in snow and on ice for safer driving during emergency (or even day-to-day) manoeuvres. Think of it this way: even Usain Bolt, the fastest man on Earth, wouldn’t perform as well while wearing flip-flops.

On the opposite end of the vehicle spectrum, electric vehicles are becoming a common sight in many Canadian cities. Most of them are factory-equipped with all-season tires that have a low rolling resistance to maximize driving range, a consideration many EV owners would like to continue when running winter tires. Absent an internal combustion engine, these vehicles are also much quieter at speed, meaning any tire noise is much more noticeable that it would be in a traditionally powered car.

So what to choose? Nikki Kinakin works with Kal Tire, a retailer in Ontario and other provinces, spoke about a fresh offering that has quickly become popular with EV owners. “New to the line up this year is the Nokian Hakkapeliitta 10 EV with Silent Drive technology,” she said, going on to explain how the blend of materials used in the construction of this winter tire creates “a quiet ride, comfort, and ultimate safety for electric vehicles and hybrids.” 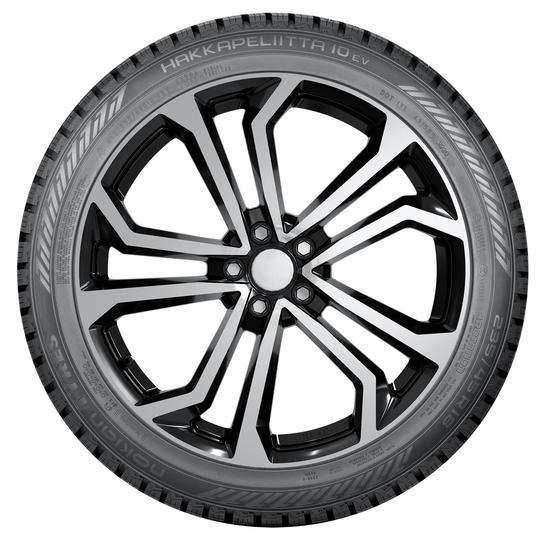 While some gearheads choose to tuck their sports cars away during winter’s worst, some of us (*raises hand*) elect to enjoy their toys year-round. Passionate drivers needn’t give up all semblance of performance simply to get sure-footed traction when the weather turns nasty. Pirelli Winter Sottozero 3 tires are specially designed for sporty high-performance cars, providing crucial characteristics for efficient – but fun – winter driving. 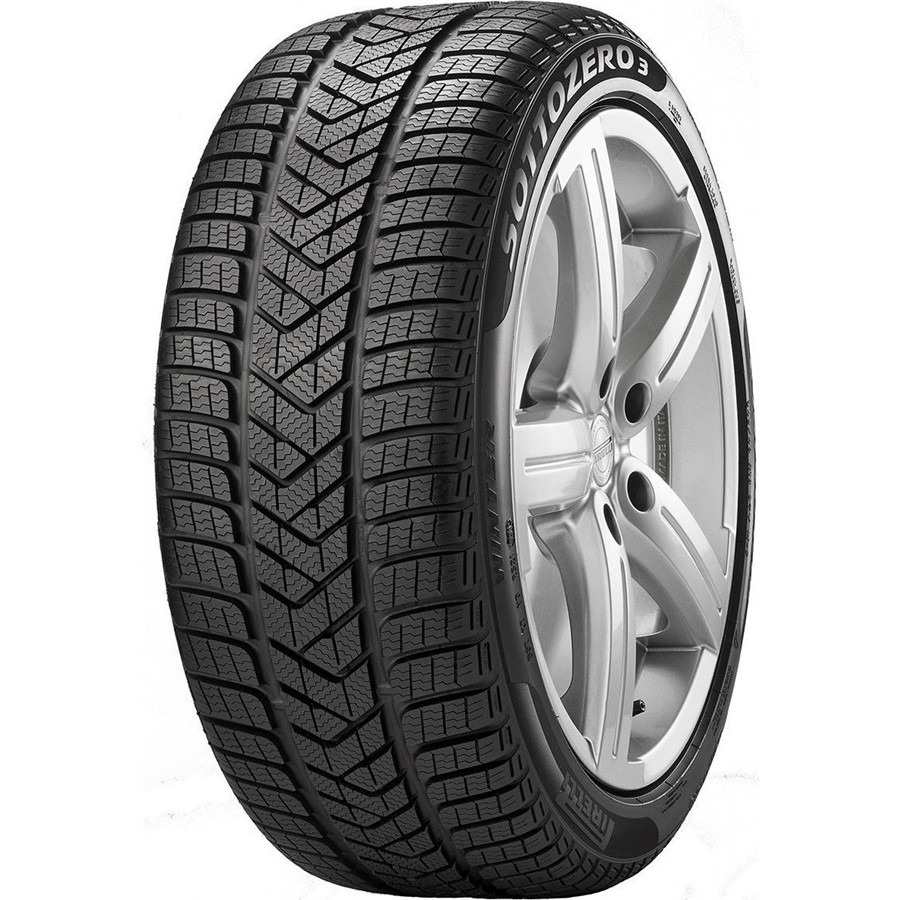 These run-flat winter tires were developed in collaboration with high-end vehicle manufacturers, this winter tire packs an innovative compound in its directional arrow-shaped centre tread blocks. They are not designed to accept metal studs, instead using high-density 3D-style sipes to tightly grip icy and snowy surfaces. So equipped, they are designed to remain sure-footed in exuberant braking and turning exercises common to performance vehicles; while the term ‘ice radial’ might be outdated in 2021, this is the origin of the phrase. And, if you’re wondering, Sottozero is Italian for ‘below zero’, which is just all kinds of cool.

While owners of these vehicles can benefit from advice given to EV and sports car drivers, it’s worth considering the way you drive and where it will take you. Residents of Northern Ontario are permitted to run studded tires between September and May, thanks to innovation by tire companies who have plowed development dollars into this type of tire. These days, factory studs are much more than simple pieces of metal.

In fact, modern studs often have different shapes depending on their location in the tread pattern, plus some tires like the Michelin X-Ice North 4 actually have more tougher rubber under the stud in order to reduce flex and promote stability. Removable snow chains are far less common on passenger vehicles because they can be cumbersome to install, though some heavy trucks use them while traversing places like the British Columbia interior. 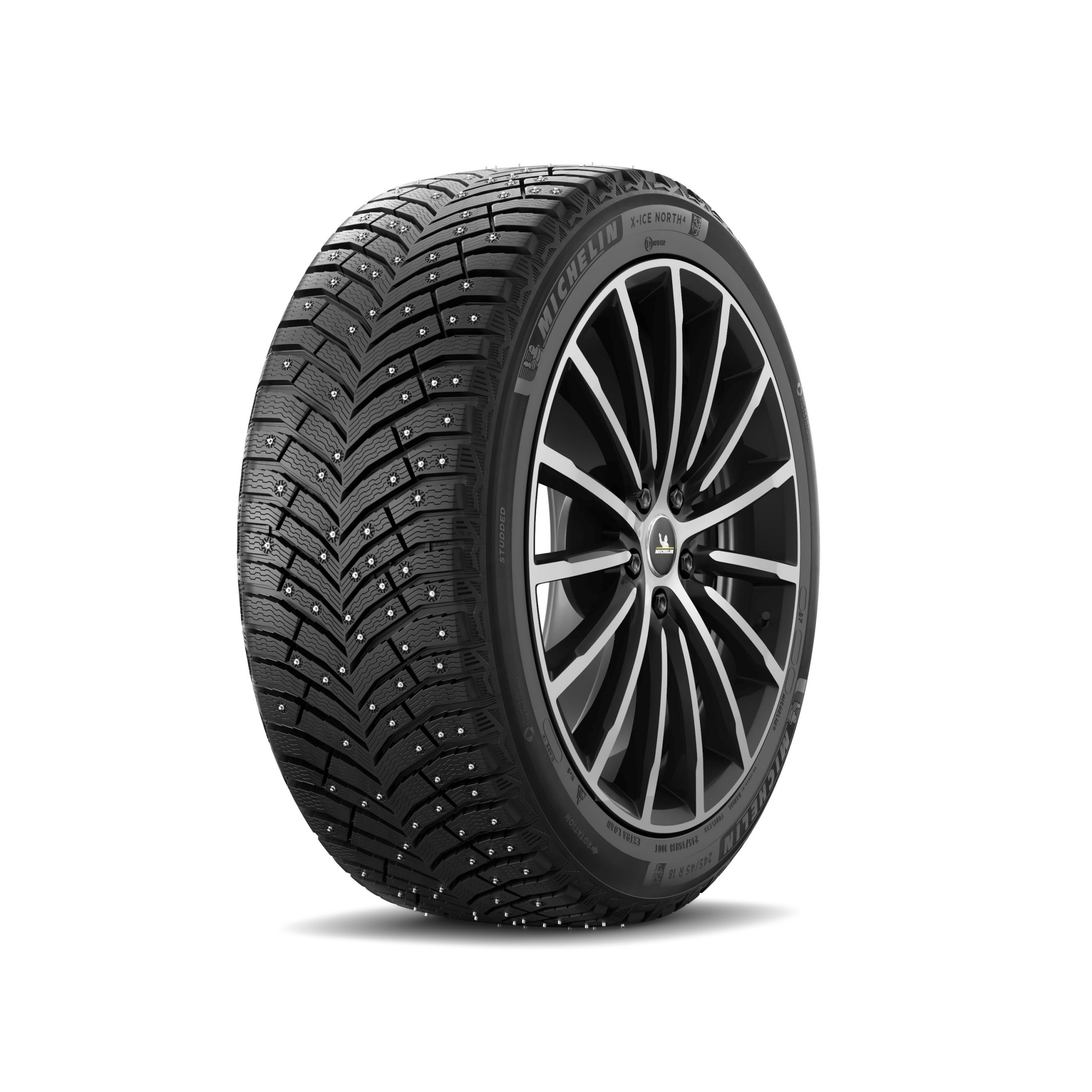 While every Canadian loves a good bargain, we must inject a note of caution about purchasing extremely low-priced tires. While some of these options will have tread patterns very similar to those found on well-known brands, their rubber composition can be quite different, and that’s not something immediately obvious to the naked eye. A cheap rubber compound can create a hard tire whose grip properties may not be up to snuff when it counts – like in an emergency braking situation. Keep in mind the only physical parts of your vehicle which actually touch the road are those four fist-sized patches of rubber; cheaping out here can lead to calamity. 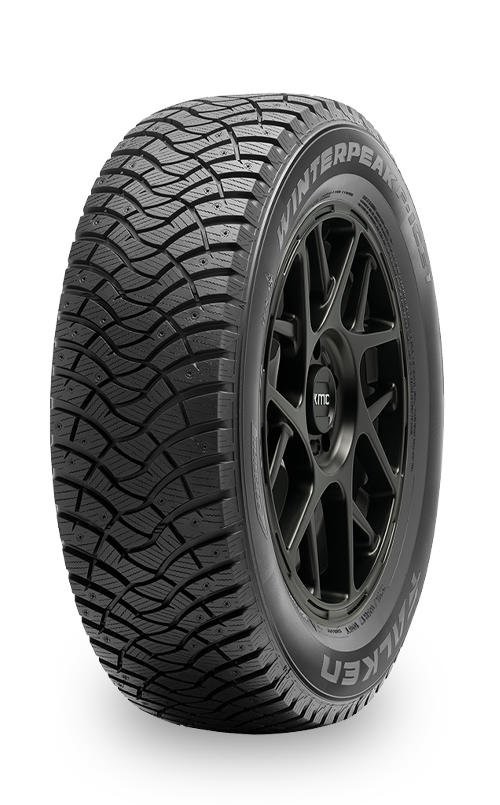 Still, the need to keep a lid on costs is more important than ever. Falken Tires, a respected Japanese brand that’s been selling rubber in North America for almost 40 years, offers its Falken Winterpeak F-Ice which can generally be found priced around $500 before taxes for a set of four if shopping for sizes commonly found on popular SUVs like the Toyota RAV4. It has a high density of sipes in its tread blocks, providing plenty of gripping surfaces in tough conditions, and can be fitted with studs for an extra cost. Its open-shouldered tread pattern permits good evacuation of water and slush, critical for keeping the tread surface in good contact with the road.

Bottom line? No matter what you drive, fitting a good set of winter tires on your vehicle should rank pretty high on your automotive to-do list. The mechanical (tread pattern) and molecular (rubber construction) properties help drivers get a grip in cold and snowy conditions. High quality winter tires will not only supply extra traction while accelerating out of a side street onto a busy highway, they’ll also add lateral grip when steering around a corner and provide better footing under heavy braking.

Turns out it’s not just the heavy jacket and toque that help us weather a tough Canadian winter.