Part function, all city exploration. This leasing option caters perfectly to a city dweller’s needs; from work commutes to outdoor adventures with her boxer

Join the Conversation (0)
It's been over a decade since Lisa Robinson, a senior manager of change management for Scotiabank, moved to Toronto from Halifax, N.S. When she first moved into her neighbourhood of Yonge and Eglinton she would commute via TTC to her Scarborough office, however the bus wasn’t always dependable.

“I knew I wanted a Honda because I grew up with Hondas in my family and know that they're reliable,” said Robinson who leased her first Civic through Formula Honda back in 2013. After researching available models, Robinson picked up a 2021 Honda HR-V in June from the same dealership.

“The reason why I went with leasing is because I had a poor experience with a non-Honda car I purchased in Halifax. It fell apart and I just kept putting money into it, so I said never again,” confessed Robinson. 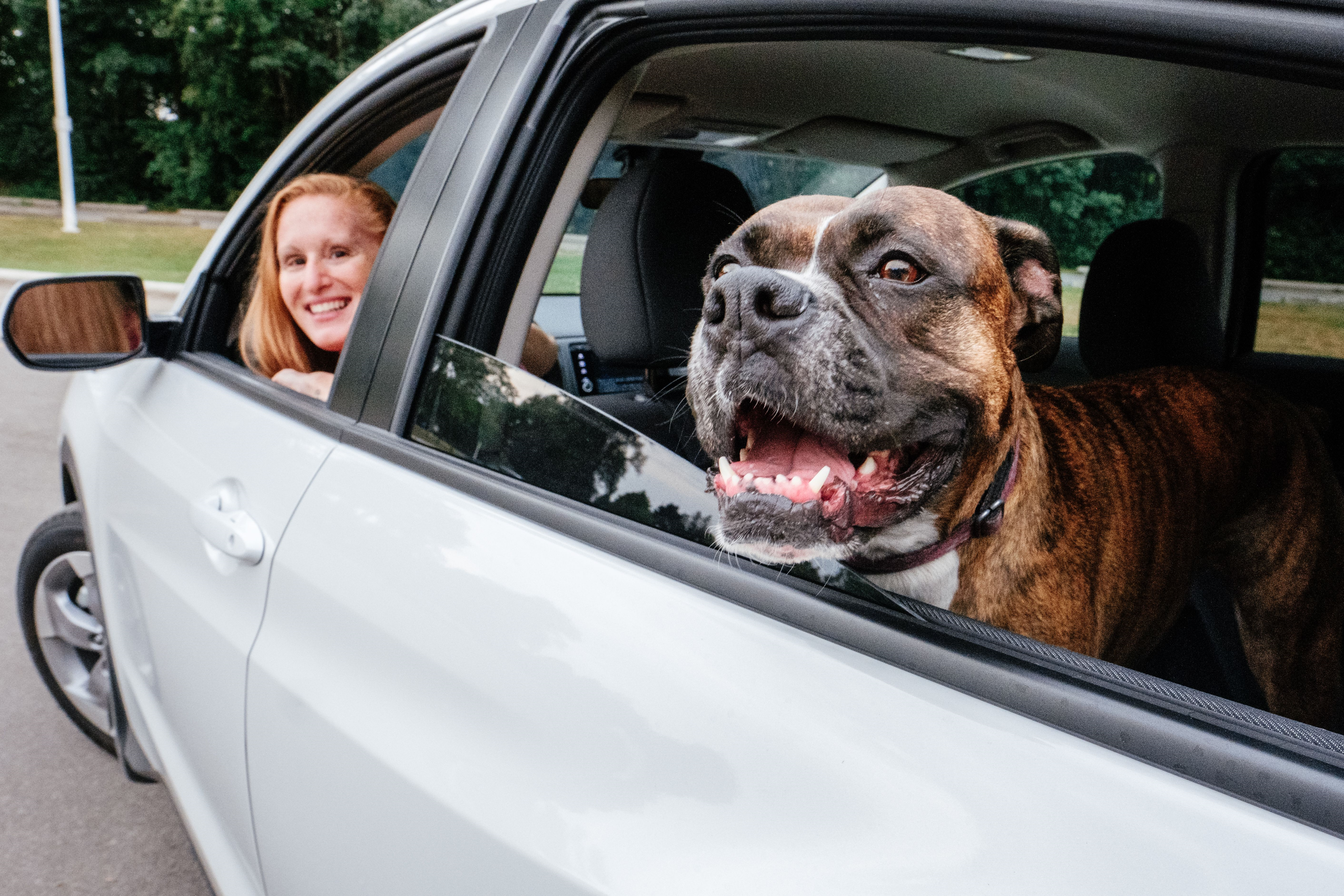 “I was also attracted to the fact that I can trade it in and get a new car every few years, and I didn't have to worry about things breaking down or any of that sort of thing.”

Despite not driving as much these days due to working from home, Robinson continues: “My lease was up so I thought you know what? Let me go in and take care of this. Plus, the air conditioner in my 2017 Civic had died, and even though the warranty had expired, Honda took care of the repairs because other Civics were having the same issue. While at the dealership, I went to talk to the salesperson I always deal with. I literally walked in, dropped my car off to get it fixed, and I was leaving with a new car that I was going to pick up a few days later.

“I've always leased through Formula Honda in Scarborough. Their customer service has always been amazing, and this is my third car with them. The first two were Civics, but I decided to go with the Honda HR-V because my last Civic was super low – it seemed even lower than previous models and I have osteoarthritis in my hip. For me, getting in and out of the car was challenging, so I thought, ‘okay let's get something a little higher up,’” said Robinson. “The height and being, I guess, higher (I’m short) above the ground so that I could see when I’m driving was also key for me. 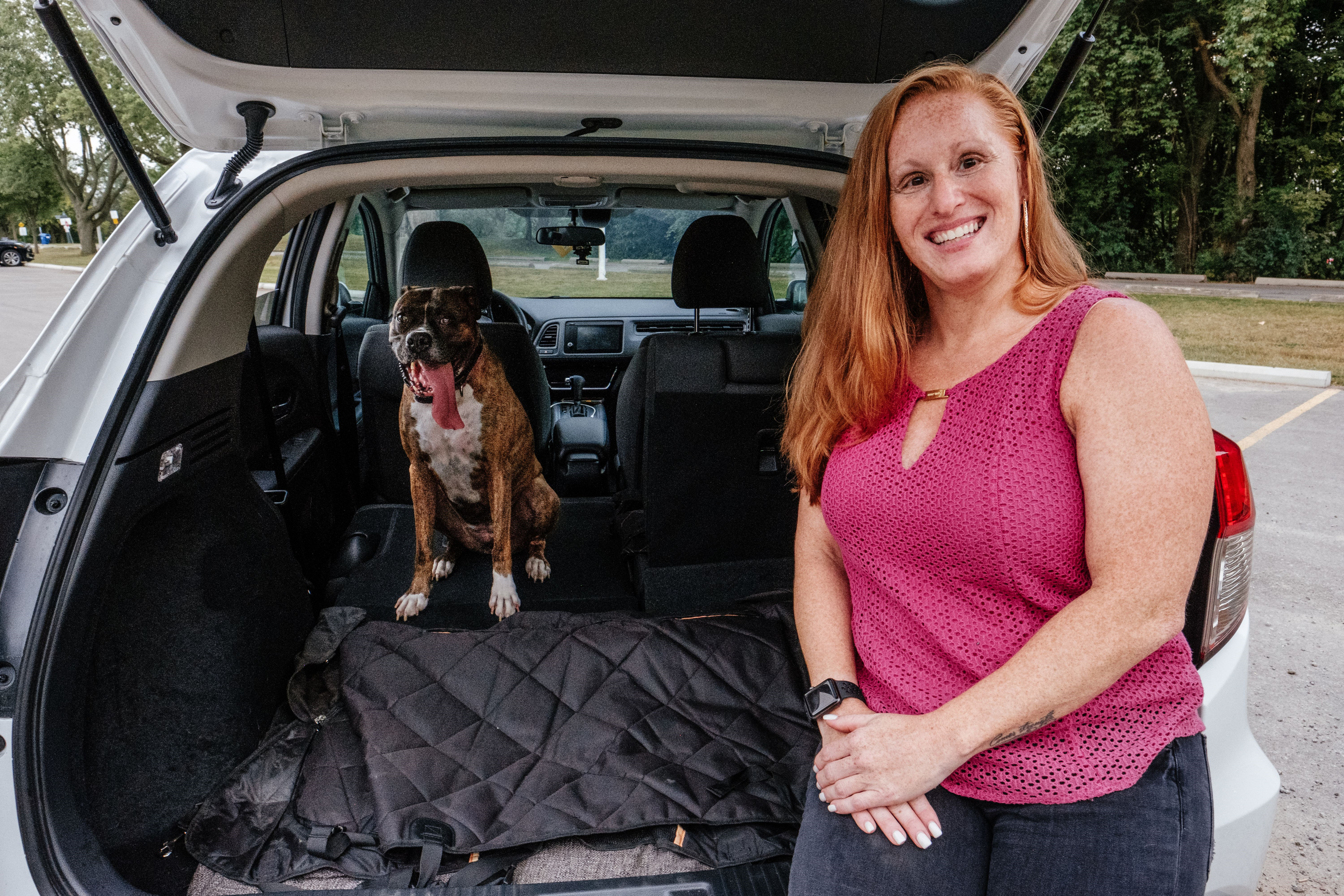 “I was really contemplating between the CR-V and the HR-V. I did a lot of research online looking at their differences and people's reviews. Ultimately what it came down to was the price, and that there’s a little bit more leg space and comfier seats for passengers in the CR-V. The HR-V was more compact, and the seats recline differently, so I was interested in that for my dog, Nika (she's a four-year-old boxer). We go on a lot of hikes and travel outside of the city, so I wanted to give her some more space in the car.”


The amount of space and versatility of the back cargo area was important for Robinson when deciding on the HR-V. With the rear fold-down 60/40 Split 2nd-Row Magic Seat, the HR-V can open to 1665 litres of cargo space.

“I really like how the backseats can recline so the entire back is completely flat for my dog,” Robinson explains. “It's also easy to flip back up, so you can have one down or you can have both down. If I did have a couple passengers and my dog together in my car, someone could sit in the backseat and there's still space for the dog.”


With an efficient i-VTEC engine that reduces fuel use at low revolutions per minute (RMP), the HR-V’s Eco Assist system also helps monitor the efficiency of your driving to help reduce your carbon footprint.

“It’s efficient and doesn't eat up a lot of fuel, as opposed to a gas guzzler like a SUV, which was important to me,” said Robinson. “It’s got [an ECON mode] (this a little leaf on my dashboard). That means that it's on economy for fuel efficiency, but when I go on the highway, I can take it off and I’ve got pep to go faster.”


The HR-V has plenty to keep you safe including safety features like controlled braking, and hill start assist. There’s even a backup camera that offers various views to aid with backing into tight spaces.

“There are sensors that will pop up and say ‘brake’ on the dash if I'm driving too close to another car. If I lane drift, the steering wheel will kind of vibrate and it will say ‘lane departure’ if I don't have my blinker on. It snaps you out of it if you're preoccupied, which was new for me but something I really like, especially for a new driver or if you’re not used to driving.”