The 2016 Volkswagen Passat doesn’t offer a diesel engine. But nevertheless there is a lot to like, you have your choice of two gasoline engines that deliver good performance without moving up to the V6’s pricier tag.

Join the Conversation (0)
Let’s get the elephant out of the room right away.

The 2016 Volkswagen Passat doesn’t offer a diesel engine. The company’s deliberate software manipulation to get around emissions standards means that the diesel engine is gone and we have no indication of when it will be back, if ever.

But nevertheless if you still like the Passat, and there is a lot to like, you still have your choice of two gasoline engines. And on top of that, this midsize sedan gets a “freshening-up” for this model year with updated styling and some new trim packages.


The 1.8-litre four-cylinder turbo engine has always been the Passat’s volume seller, and it’s now available in four trim lines starting at $23,295. That’s the engine I drove, outfitted in its range-topping Highline trim at $33,795. The 3.6-litre V6, previously optional on a couple of models, is now found only in the Execline trim, a new level added this year, at $38,295. 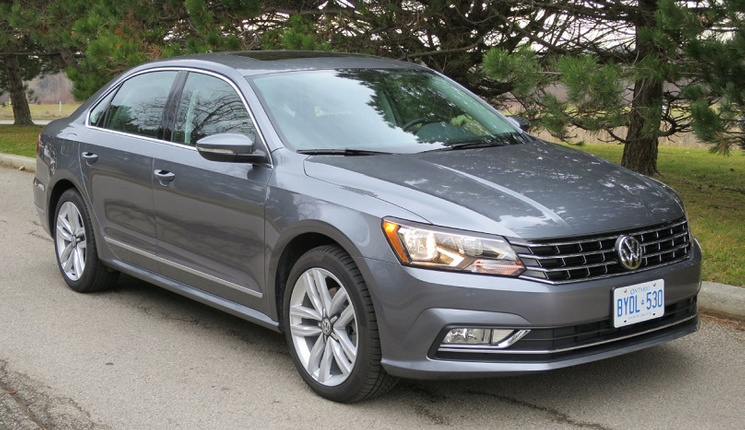 All of the changes for 2016 are cosmetic rather than mechanical. The Passat retains its same basic shape, but the front and rear gain more angles and with them, more character. I think it’s a great update on a car that I’ve always considered to be handsome. Some people think it’s too plain, but to me, it’s timeless. This car will look good a decade or more from now.

The interior also gets some minor tweaks, with a new steering wheel, instrument panel and centre screen. It also finally gets some USB ports, a lifetime after most other manufacturers made them standard equipment.

Why did it take them so long? A few years ago, Volkswagen made a major effort to compete with mainstream brands in the U.S. where it didn’t have much market share. It did so by cutting its prices, achieved by building cheap-looking interiors. The execs have finally come back to their senses, and while there’s still a lot of hard plastic inside, everything looks and feels much better overall. 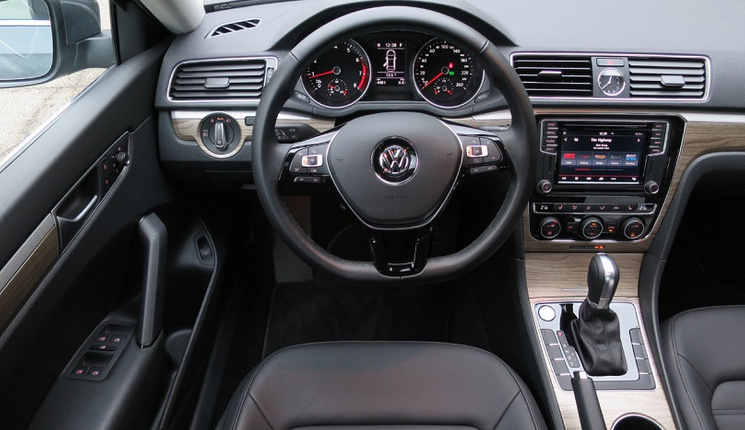 With the exception of an awkwardly-placed and wobbly power mirror switch, I like the simplicity of the Passat’s controls, especially with everything backlit so it’s easy to find whatever button you need at night. The cabin is roomy for the car’s size, especially the amount of legroom that rear seat passengers get, and the trunk is equally spacious.

Don’t let first impressions guide you when you first sit down, because as with most German brands, the seats are very hard. They’re not cushy, but they’re supportive, and they’ll stay comfortable during longer drives.

With 170 horsepower, the Passat’s turbo engine isn’t as powerful as those in many of its midsize competitors, but it still gives you decent acceleration when needed. It’s quiet and smooth when cruising, but I did experience some stutter from my automatic transmission a couple of times when decelerating. 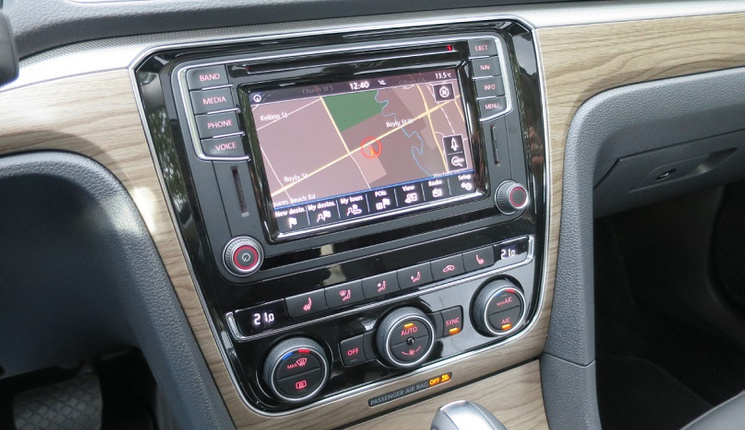 I find the steering a bit too light for my preference, but the Passat responds quickly and smoothly when you turn the wheel. It’s confident on the highway.

The suspension handles road imperfections well, and only the nastiest potholes make their way into the cabin.

My Highline tester offers such features as navigation, adaptive cruise control, leather upholstery, rain-sensing wipers, power-folding mirrors, blind spot warning and a remote starter. It still feels a bit pricey from behind the wheel, but many of its competitors, such as the Toyota Camry or Ford Fusion, charge more for similar trim levels. 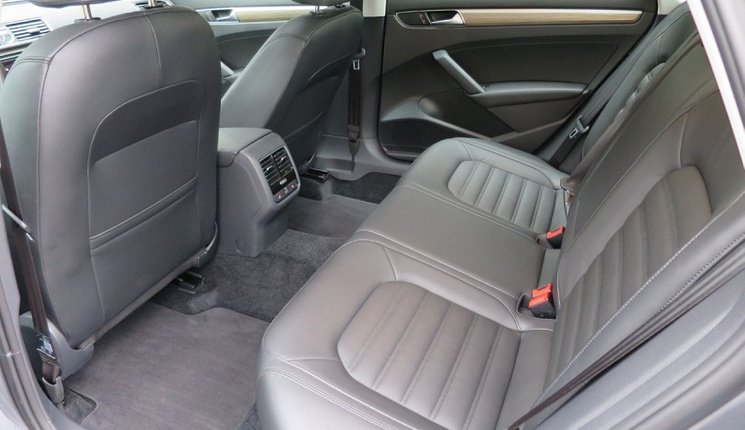 The Passat’s update doesn’t turn it into a game-changer, but put it on your list when you’re shopping in the midsize market.

Jil McIntosh is a regular contributor to Toronto Star Wheels. The vehicle for this review was provided by the manufacturer. To send feedback, email wheels@thestar.ca 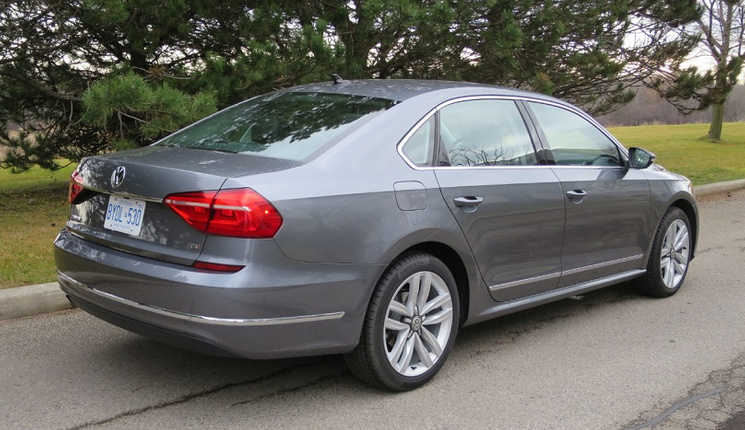 ACCESSIBILITY: Good in both front and rear seats

LOOKS: The front and rear changes update it without losing the timeless styling

PERFORMANCE: The turbo engine is growly under acceleration, but cruises quietly

TECHNOLOGY: Smartphone integration and Passat’s first USB ports let you use your devices

WHAT YOU’LL LIKE: Good performance without moving up to the V6’s pricier tag

WHAT YOU WON’T LIKE: If you’re a diesel fan, you’re out of luck