Join the Conversation (0)
For 2022 there are some slight changes to Lexus’ uber-popular luxury crossover; namely, a couple of new colours (the Nori Green seen here is not one of them) and slightly different chassis tuning – different bushings, hollowed-out stabilizer bars, and re-tuned shocks. The mid-size luxury crossover segment in which in competes has grown since it was last redesigned in 2015, though, adding new models as well as entirely new manufacturers like Genesis. So does the RX still deliver the goods?

Well, starting with the styling the RX is still a pretty angular-looking thing that is punctuated by a grille design that even with the madness that is the Genesis GV80’s front-end, remains incredibly unique and is properly eye-catching. The head- and taillight lenses, meanwhile, are aggressive without being overly in-yer-face and my tester being of the Executive variety means that they are of the tri-beam LED variety, while the foglights and DRLs follow suit. The wheels and paint, meanwhile, are fine, if nothing spectacular. 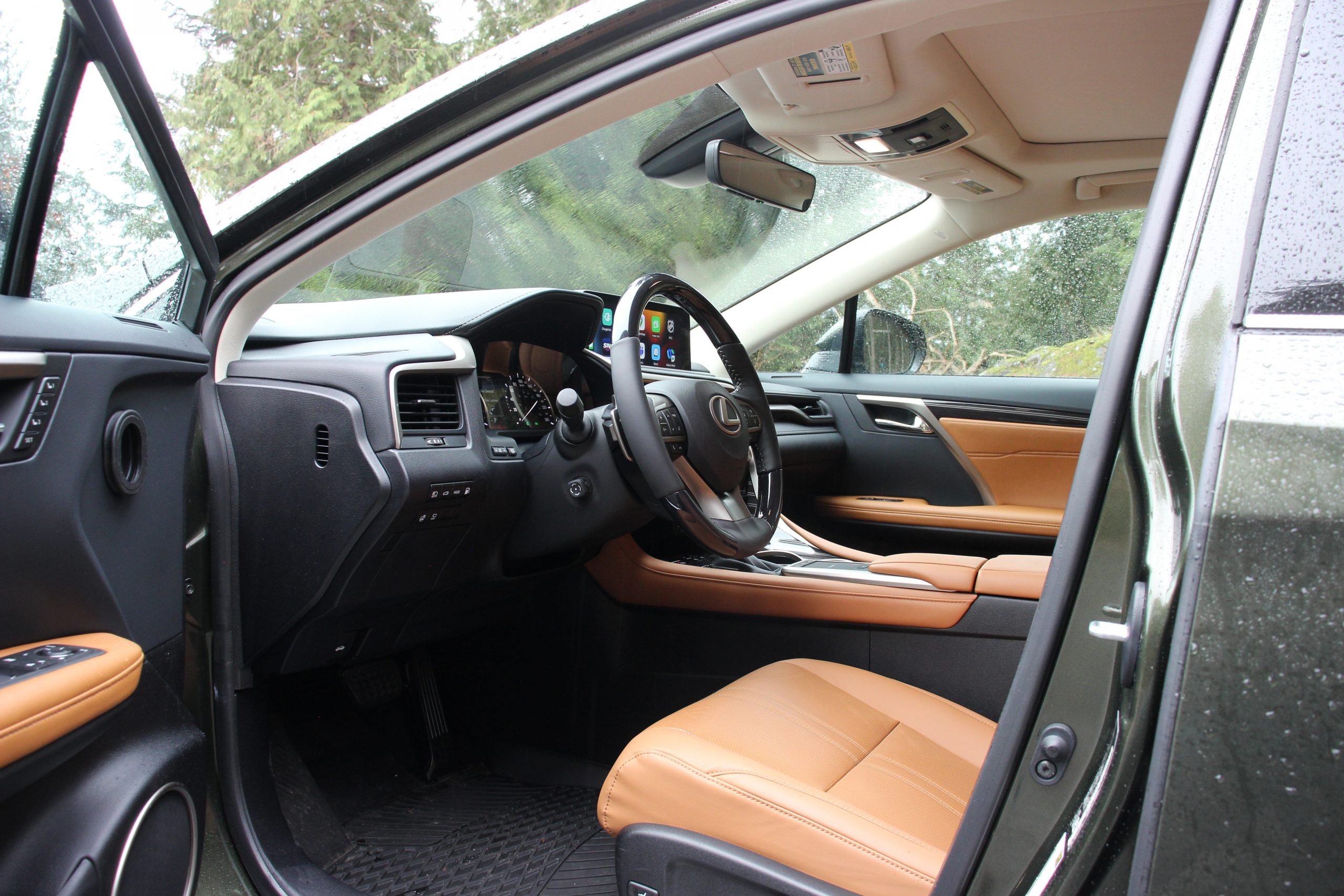 Inside, my car’s caramel interior with contrasting black accents is a good take; light brown interiors can really be hit or miss, but Lexus has done well here and it provides good contrast to the exterior paint.

The infotainment display is a great widescreen affair, but I much prefer the way it presents itself in Apple CarPlay mode than in the native mode because the Toyota/Lexus native infotainment is a bore to look at and the touchpad used to move the cursor around is very hit-and-miss. Luckily, it’s also a touchscreen display – but you need long arms. It’s quite wide at 12.3” and though they did move the display closer to the driver after a 2020 facelift, it’s still a really long reach. I also don’t love the backup camera; it’s nice that it’s a split-screen affair so you can have both a rear-view and top-down view, but the resolution could be better. Other models from luxury manufacturers have far sharper displays than this. 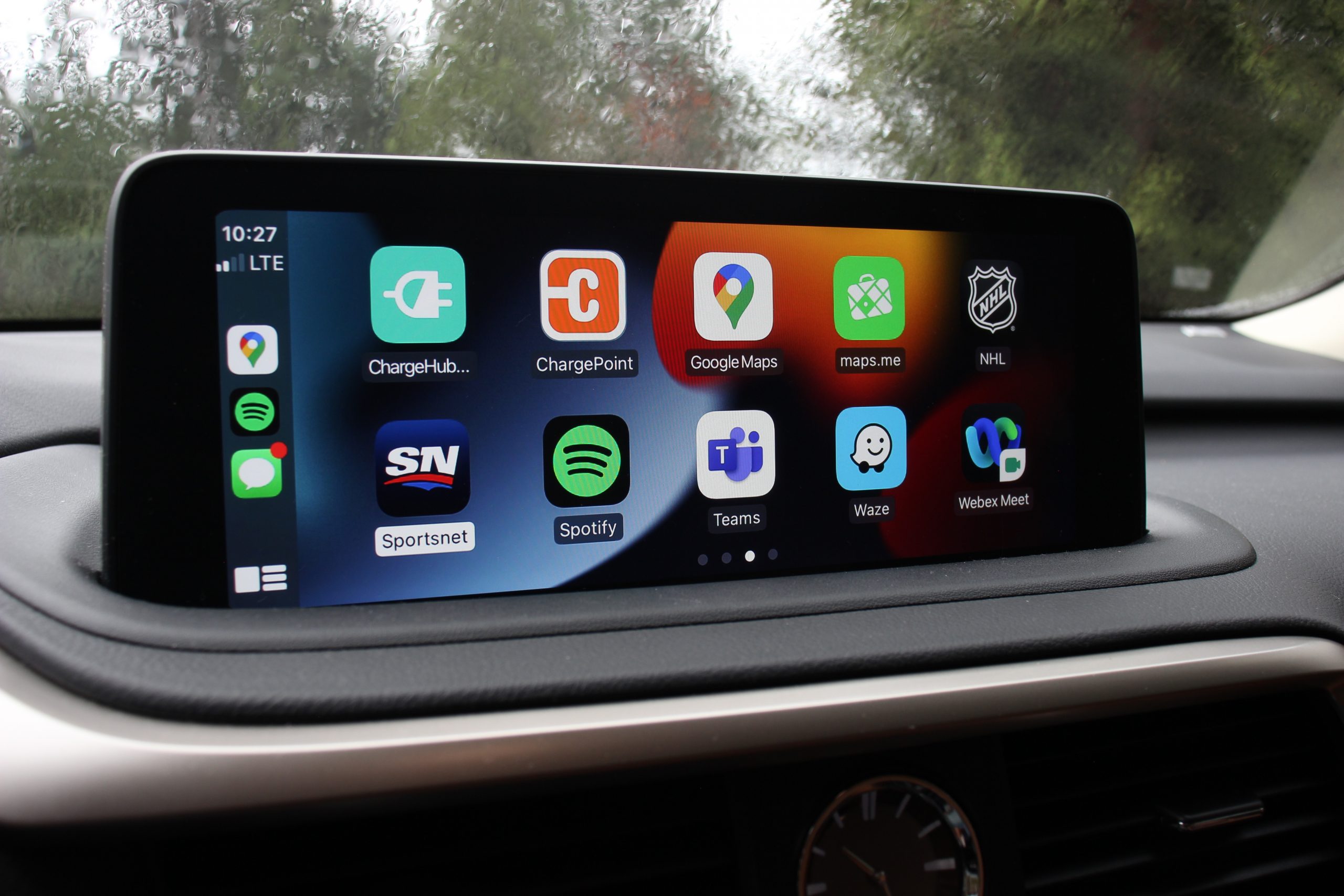 Other than the reach to the display, the driver seating position is a good one and the seats are very, very comfortable both front and back (this isn’t the L model, so it has just two rows of seating), come heated and cooled up front and heated in the rear, the climate controls are made up of traditional buttons as opposed to a touch panel (huzzah!), which means they’re much easier to operate while on the move and the cabin is ensconcing yet airy all at once.

In addition to adding the special headlights, the $14,050 Executive Package adds wireless charging, panoramic moonroof, Apple CarPlay and Android Auto, navigation, power tilt and telescoping steering wheel, HUD, premium leather seating, 15-speaker Mark Levinson audio, intuitive park assist (which can automatically apply the brakes for you), paddle shifters and power adjusting heated wing mirrors. All of that’s well and good, but it seems strange that they’d wrap up stuff like Apple CarPlay in there when that feature is actually standard across the board for the RX. As equipped, meanwhile, you’re looking at $74,300 before taxes for my tester. Which, when compared with the Acura RDX and Genesis GV80 is actually a very fair price and one of the strengths of the RX 450h package, and one of the big reasons they’re so attractive to buyers.

Another reason they’re so attractive – and this is probably the bigger of the two – is that once you’re sat in the RX and pushing off, you immediately just feel right in this car. It runs incredibly quietly, we talked about how comfortable the seating is and you feel the benefits of the newly-tuned chassis as soon as you pull away. Even at slow or middling speeds, the RX wafts gamely over common urban road imperfections – it’s an almost intangible feeling that you get, but you know that this here’s a crossover that’s pulled its boots on nice and tight. 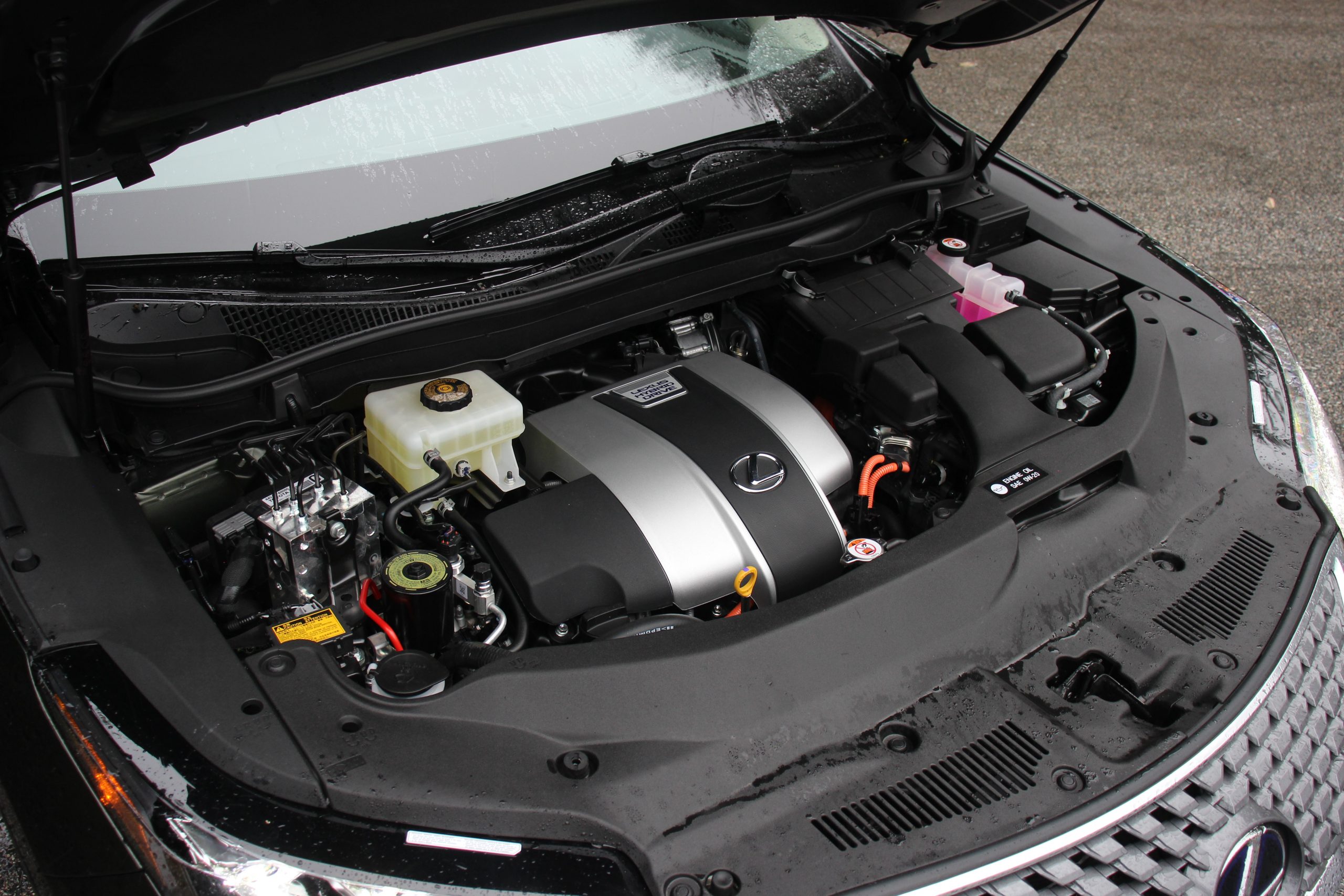 Of course a lot of that quietness has to do with the fact that my “h” tester is capable of cruising in EV mode for short bursts. Actually, that’s not entirely accurate, as “burst” suggests some quick acceleration but as soon as you try that – accelerating quickly -- EV mode is deactivated. It’s more for driving in low-load moments, and you’ll spend most of your time with both EV and gas power engaged. Do so, and you’ll be able to return fuel economy figures in the low 9s without breaking a sweat, which is fine for a big, heavy luxurious crossover like this. You can let the system do the work itself, or press a button to activate EV mode, which, if enough juice is available, will keep it in EV mode for longer than the computer nannies would allow otherwise.

Power is rated at 308 horsepower and 247 pound-feet of torque (a figure that varies depending on which aspects of the powertrain you’re employing), which is fine for easy cruising but will start to sound just a little stressed if you’re accelerating up a mountain hill for a pass, and the gas engine can sound just a little harsh when strained which is obviously at odds with the rest of the RX450h experience. You can flip between drive modes to change things – but I have a good feeling most would do what I did: keep it in Eco mode and be done with it, because that’s really what this is about; keep it comfortable, keep it efficient. Also helping on the efficiency side – but less so on the NVH side – is the CVT transmission. This is no ordinary CVT, however, as first gear is a traditional gear, providing a little boost of acceleration upon tip-in. 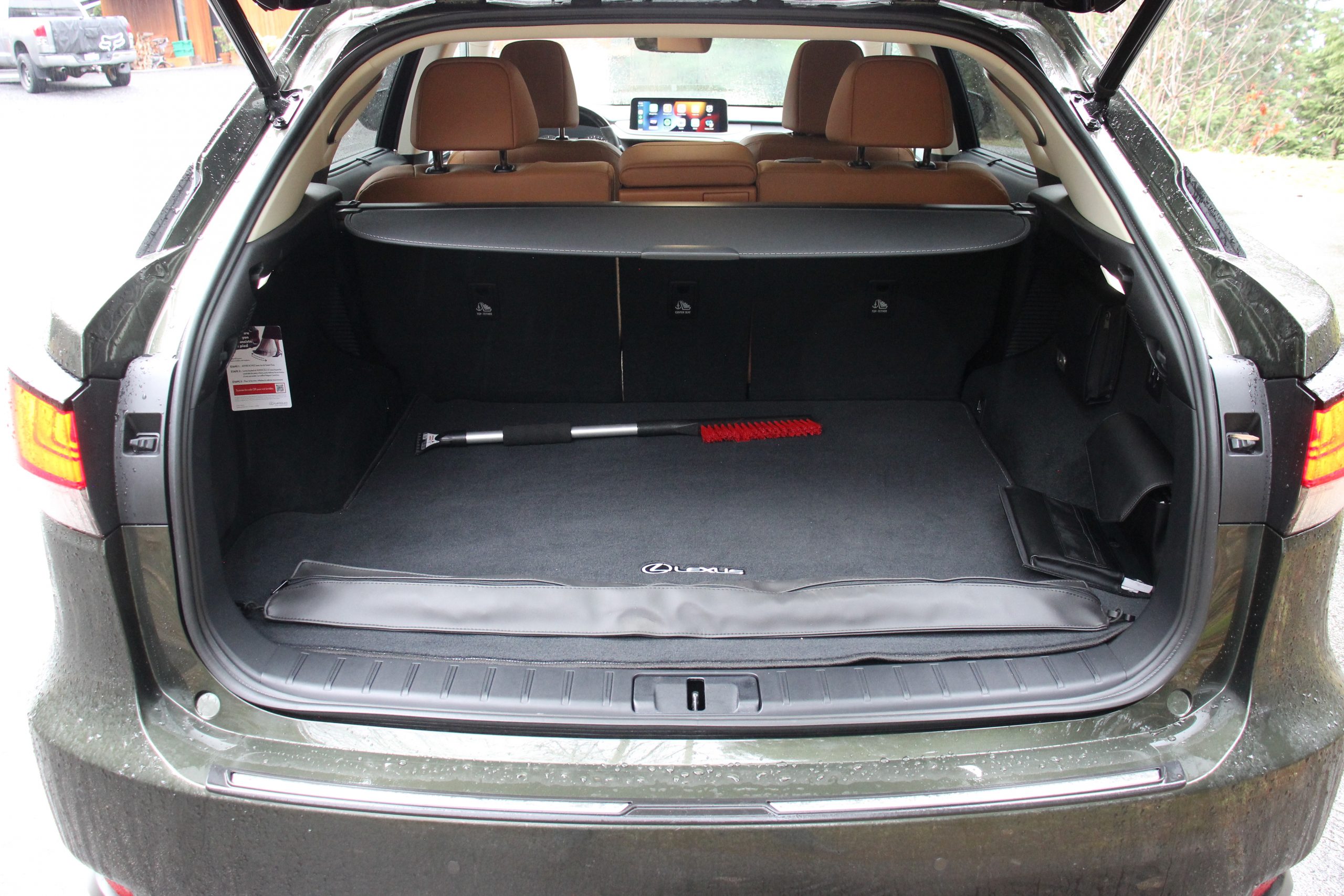 Which is nice, but it’s not why you’re buying the RX ticket, really. You’re doing so because you want a no-nonsense luxury drive that knows exactly what it’s meant to do, and does it well. The RX is actually a phenomenon, one that’s becoming exceedingly rare these days: it doesn’t try to do too much, and actually ends up doing more as a result. It’s still got it.