Join the Conversation (0)
The Volkswagen Golf GTI doesn’t need me to convince you that it’s a good car. It’s been doing that all by itself since the Rabbit GTI debuted here in 1983.

Now, the seventh and current generation is soldiering through it last year, mostly unchanged, while many other parts of the world have an all-new Golf. That one’s due here before the end of the year but we will only get the GTI and Golf R. The regular one isn’t going to be sold here anymore, and it’s unfortunate.

The GTI has always been the quintessential hot hatchback. It’s BMW 3-Series performance on the cheap, and a whole lot more practical.

For its final year, the Autobahn trim is all that’s available and it includes everything on the list. Your only options boil down to choice of wheels and either the 6-speed manual or the 7-speed dual-clutch automatic.

My tester was equipped with the manual as the hot hatch gods intended. It was also painted Cornflower Blue, which is still seared in the back of my retinas. It’s a bright but brilliant colour that can you help you pretend your Golf is actually a Porsche. 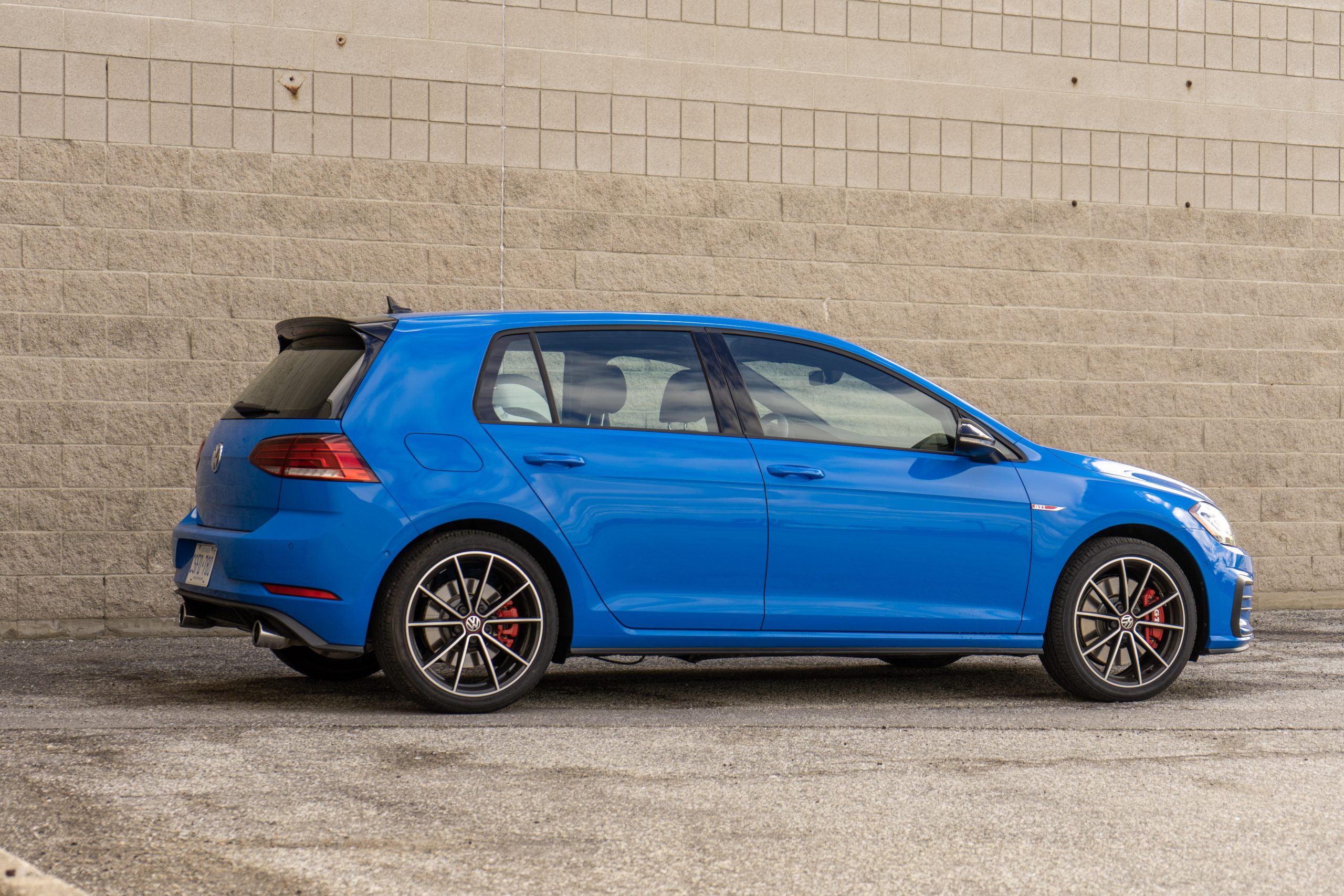 In a duller shade, the GTI sort of blends in and goes unnoticed. For something with “hot” in its bio, it sure lacks a bit of sizzle. Cars like the psychotropic Civic Type R, and the Veloster N both pack a lot more heat in their body panels, but not everyone is into that.

The GTI’s lines are clean and crisp. It’s a handsome car and that carries over into the cabin, where it’s all straightforward and businesslike. While it can seem that no one with any sense of humour was working at VW design when this Golf was penned, it also means that it will still look good in 20 years.

I liked the red stitching and 8-inch screen integrated into the dashboard, and a good helping of real buttons reminds you how much worse touchscreens really are. The GTI is also packing most of the modern amenities you expect, like heated seats, automatic climate control, blind-spot monitors, forward collision mitigation, and radar cruise control. Now there’s wireless Apple CarPlay and Android Auto, which is an excellent feature cropping up in more and more cars and I’m glad to see it here.

To top if off the Fender Audio system sounded great and while you are forced to pay a premium for a top trim GTI, the included kit makes the pill much easier to swallow. 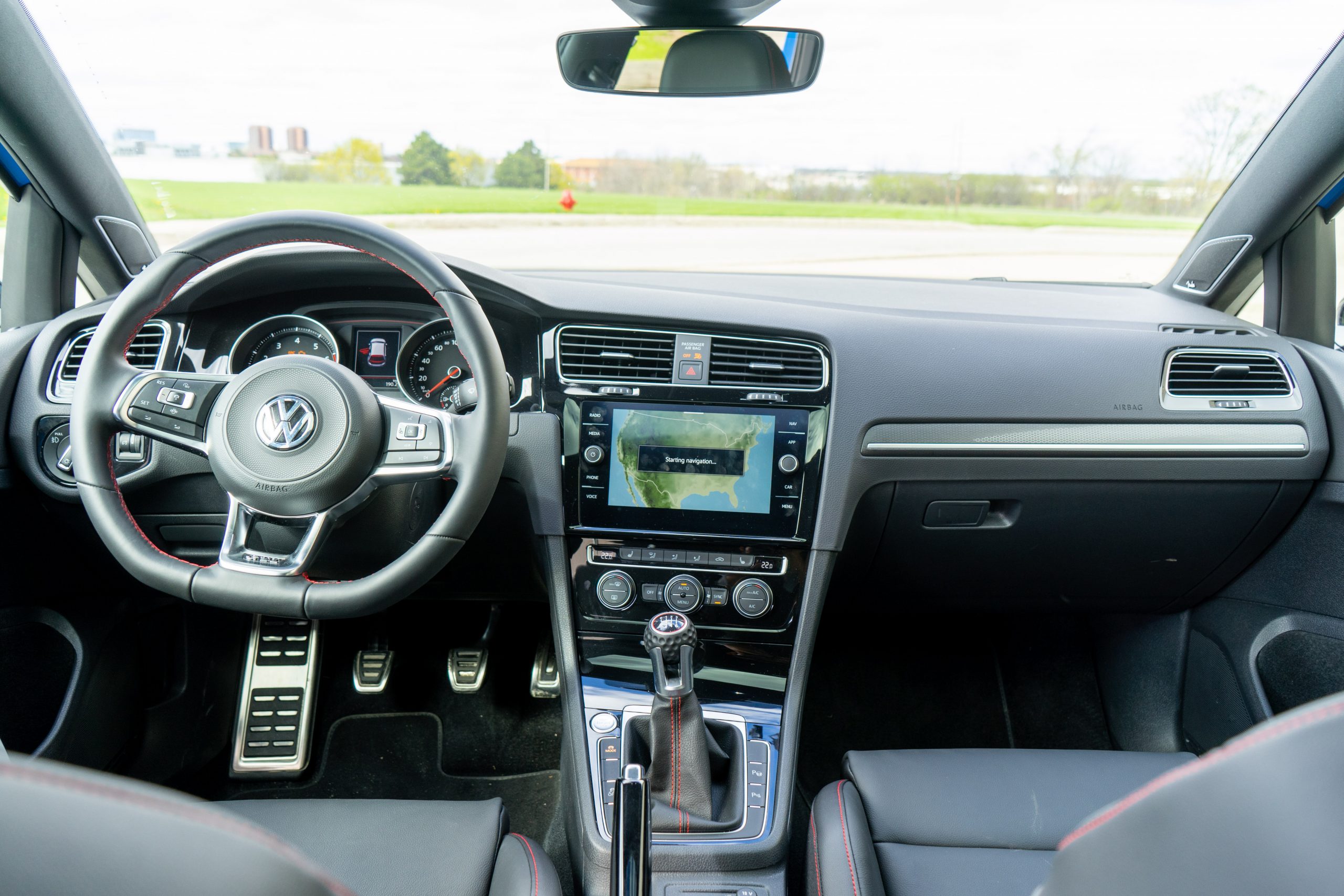 As far back as I can remember, the Golf has always had a roomy back seat and this one’s no exception. Two six-footers back there wouldn’t be out of the question. And with a 492-litre cargo capacity before folding the rear seats down, you get a car that’s fun and practical.

Yes, a big reason you buy a GTI is fun. Don’t let the sedate looks fool you, there’s quite a bit of performance to be had, within reason of course.

The two-litre turbocharged four-pot feels as good as ever with barely any turbo lag and a boot full of torque. It pumps out 228 hp and 258 lb-ft of torque and drives the front wheels through a limited-slip differential. Coupled to an easy-shifting 6-speed manual you’ll be yearning for the nearest bit of twisty tarmac.

The GTI has always had a thing about it and you find it in the regular Golf too, where it feels more expensive than it is, a cut above its competitors. 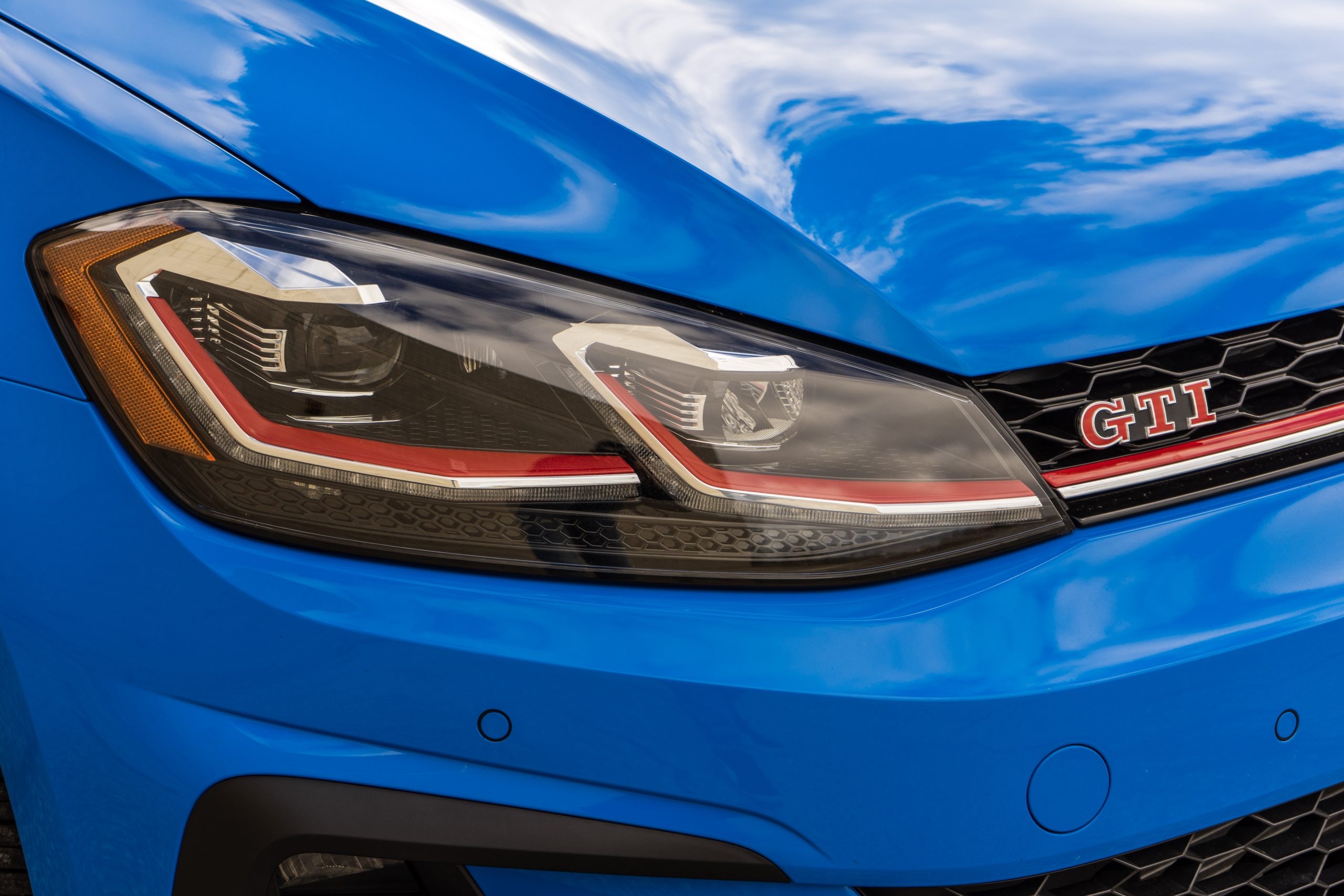 With standard adaptive dampers, the GTI can go from very soft to stiff as a board in a fraction of a second. Set in comfort, the ride quality rivals some luxury cars, and while at least double as stiff in sport, it doesn’t get uncomfortable. Good seats help here as well as a great driving position and excellent sightlines. The main things that make for a good driving car are all here, and they feel baked in.

Steering is light but accurate, likewise, the clutch is also light and easy to modulate, though I prefer a pedal with a firmer biting point and gearbox with a bit more of a mechanical feel. Lookup Type R for what an excellent gearbox feels like.

But I’m comparing, not complaining. That a manual is still an option is reason enough to celebrate. For me, three pedals in a GTI is a must but the 7-speed dual-clutch can shift faster than I ever could.

Out on the open highway, the GTI feels solid, grounded, and refined but on a twisty road, it feels at home. The fake exhaust noise pumped into the cabin is a bit much but you can turn it off by setting it to “eco” in the drive mode settings. Using the custom drive mode you can set your car up exactly as you want it with more ways to tweak things than many of the much more expensive cars I’ve driven. 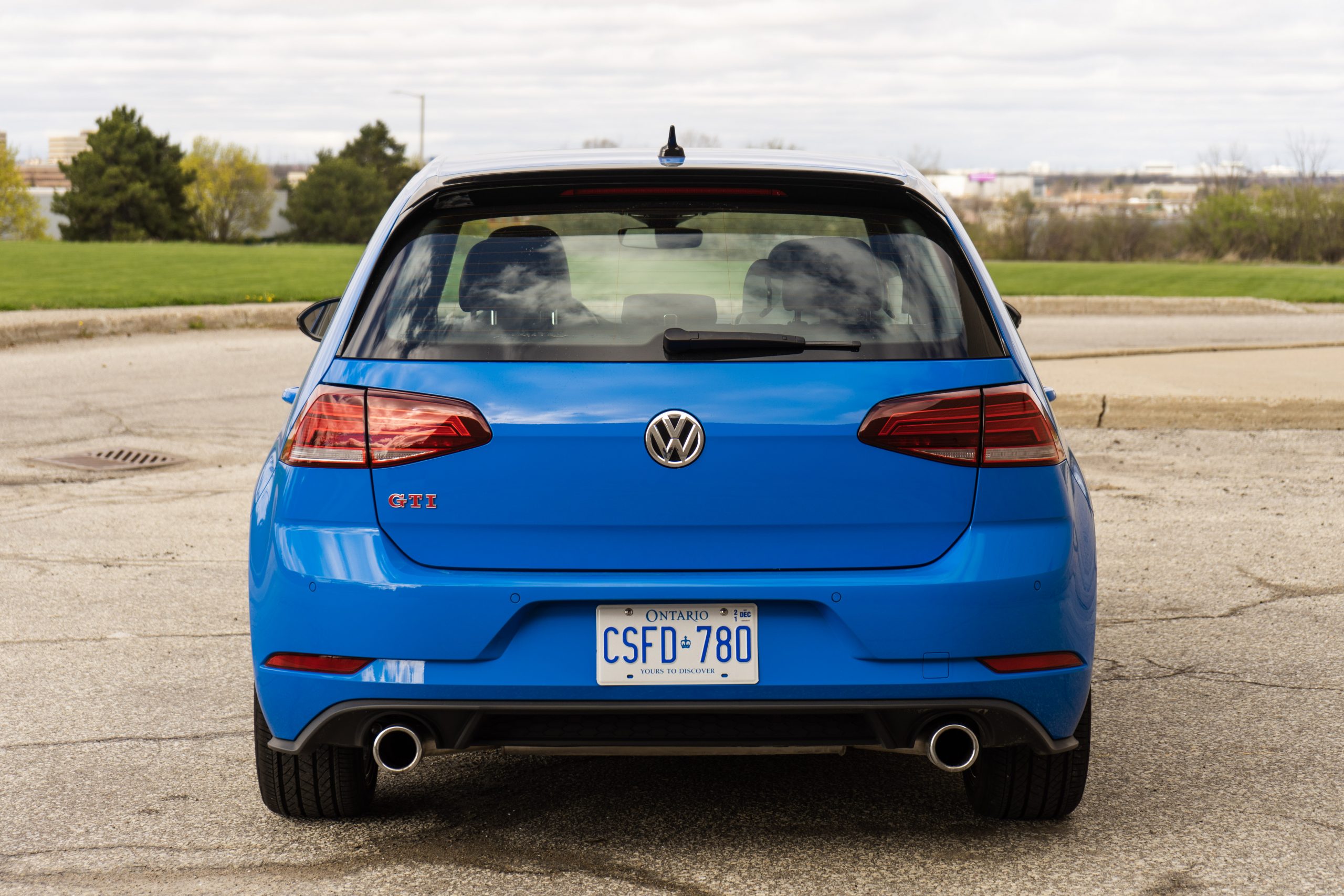 The Golf GTI is a car that gets under your skin. It’s so good at doing almost everything you almost don’t want to like it, but you still do. There’s a lack of personality that some might construe as boring, but I think of it as knowing exactly what to expect.

There’s a reason the Golf has such a fanatical following and that’s not going away anytime soon. I can’t wait for the new one to arrive. Shame about the regular Golf, though.