Out of this world.

Join the Conversation (1)
Accelerating from a dead stop to 100 km/h in under nine seconds was considered respectable not very long ago.  It meant that you probably shelled out the extra cash for the bigger engine in your mid-grade vehicle. But what you thought was “pretty good” 20 years ago will feel like ancient history today after a blast in the 2021 Porsche 911 Turbo S. Floor it for nine seconds in here and you’ll be going, as near as makes no difference, 200 km/h. It is an astonishing amount of speed for a production vehicle but the 911 Turbo has always been something of an astonishing vehicle.

Sadly, there’s no legal way to put this to the test on Ontario roads unless spending the rest of the year behind bars was on your bucket list. 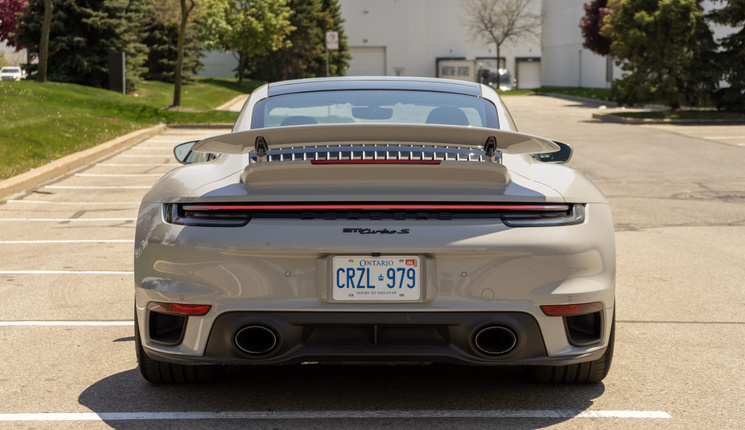 I was, however, able to experience its Launch Control system, and that was something on my bucket list. Even when sticking within legal speed limits it will allow you to come to terms with one of the fastest accelerating cars on the planet.

The next-generation rear-mounted 3.8-litre flat-6 gets larger twin turbochargers, a new charge air cooling system, and a redesigned intake system among a myriad of other changes. It sends 641 hp and 590 lb-ft of torque to revised 8-speed dual clutch automatic and out to all four wheels. With an army of computers managing thermal efficiency and carefully metering out all that power for maximum velocity, the 911 Turbo S will lay down consistent launches again, and again, and again.

It remains one of the easiest systems of its kind to engage. When at a stop, mash the brake pedal with your left foot and floor the gas with your right, once revs build and the tach needle starts bouncing off a preset limiter, let go of the brake pedal. What happens next is hard to describe, mainly because there’s little time to process it. 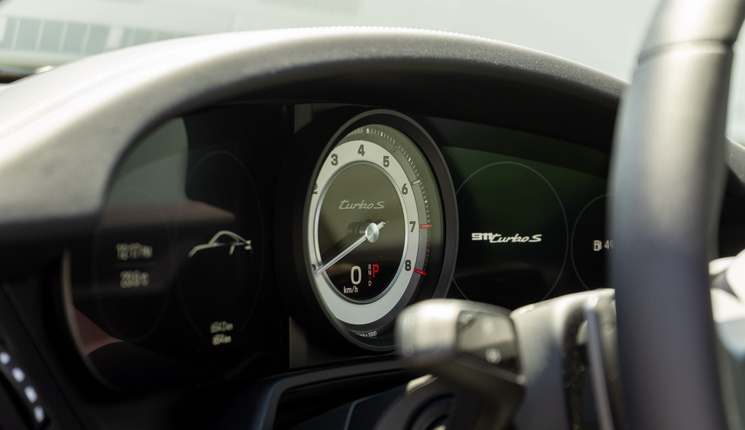 The take-off is absolutely brutal. There’s a sliver of wheel spin before all four Pirellis find grip and slingshot you towards the horizon. Road and scenery blur, thoughts stand still, and time slows to a crawl.  You barely have time to blink, before you have to get on the brakes to avoid sailing past every speed limit in the country.

Driving powerful cars on a regular basis desensitizes you to the forces of acceleration, but whatever you thought fast was quickly becomes irrelevant after getting behind the wheel of a 911 Turbo S.

It’s in the driver’s seat where you also realize that there’s much more to this car than just its enormous speed.

A 911 Turbo has always been a car that’s strived to do it all.  The amount of development and engineering that goes into making this not just the fastest, but the most luxurious, best equipped, and most capable of all the 911 variants is truly astounding.

A body that’s wider by 45 mm up front and 20 mm in the rear gives it serious road presence, as does the hunkered stance made possible by the optional sport suspension that lowers it by 10 mm.  Wheels are staggered in width and diameter, with 20 inchers up front and 21s in the back wrapped with extra-thick 315 mm wide rubber. 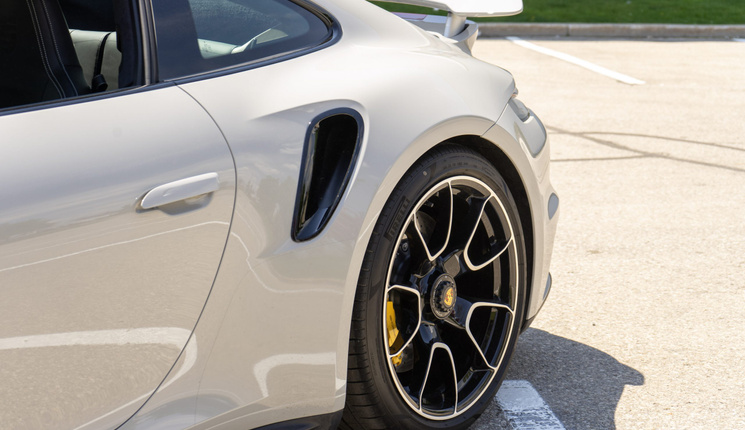 If it wasn't for all its launch control antics, one would never know that there is that much potential waiting to be released.  Driving around town couldn’t be a more mundane affair.  In “Normal” mode the 911 Turbo S is quiet and civilized. High-quality leather covers every surface, there are zero squeaks or rattles, and everything feels like it's been carved from a block of granite.

The ride is stiff but not overly so, and with a front trunk that will easily swallow a couple of carry-on bags, or the spoils of a Yorkdale shopping spree, you could truly live with this car every day.  Better yet, because this is still a 911, you get rear seats that will work for kids, or you can fold them down for a parcel shelf that’s larger than expected.

You’ll even get respectable fuel economy on par with a typical family crossover, provided you’re not using launch control at every intersection.

If you want to tap into its bottomless performance and wake up the beast within, it’s as easy as turning the small dial on the steering wheel to “Sport” or “Sport plus”. In the “Sport Plus” setting the large rear wing extends, and a pneumatically controlled front curtain spoiler deploys to create additional downforce.

The entire car almost shivers as the computer tweaks every parameter to set the car up for track attack mode.  Although a Turbo isn’t as track-focused as the GT-series 911s, it is still capable of lapping a racetrack all day long.  With some of the best steering in the business, zero body roll, and four-wheel steering adding to the feeling of both agility and stability, it is one of the most confidence-inspiring cars I’ve ever driven. Every input and output feels so finely tuned it borders on perfection. 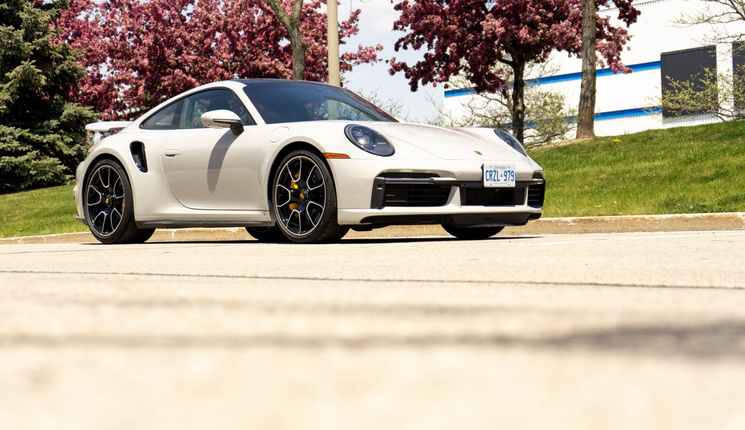 Standard carbon ceramic brakes are 16.5 inches in diameter up front, clamped by massive 10-piston calipers. They ensure consistent stopping power from any speed, while an array of radiators and air ducts keep everything cool.

It’s a difficult task finding faults. Even the as-tested price of $262,350 is a relative bargain considering the performance you’re getting.

It might not have a wedge shape or knife-edge creases typically associated with supercars but being able to take on just about anything on a race track while still being a civilized and true daily driver makes this one of the most impressive drives on the planet.