An inconspicuous exterior encapsulates the very finest of luxurious interiors.

Join the Conversation (0)
Maybach as a stand-alone brand disappeared from the world’s marketplace just under 10 years ago but has now been reintroduced as Mercedes-Benz über luxury sub-brand that showcases Mercedes luxury and technology in much the same manner as AMG does with performance.

The new Mercedes-Maybach GL600 is aiming high with both the Rolls-Royce Cullinan and the Bentley Bentayga set firmly in its sights.

Mercedes-Benz is already known for its class topping luxury and fit and finish, but this Maybach takes it to another level, especially in the interior. 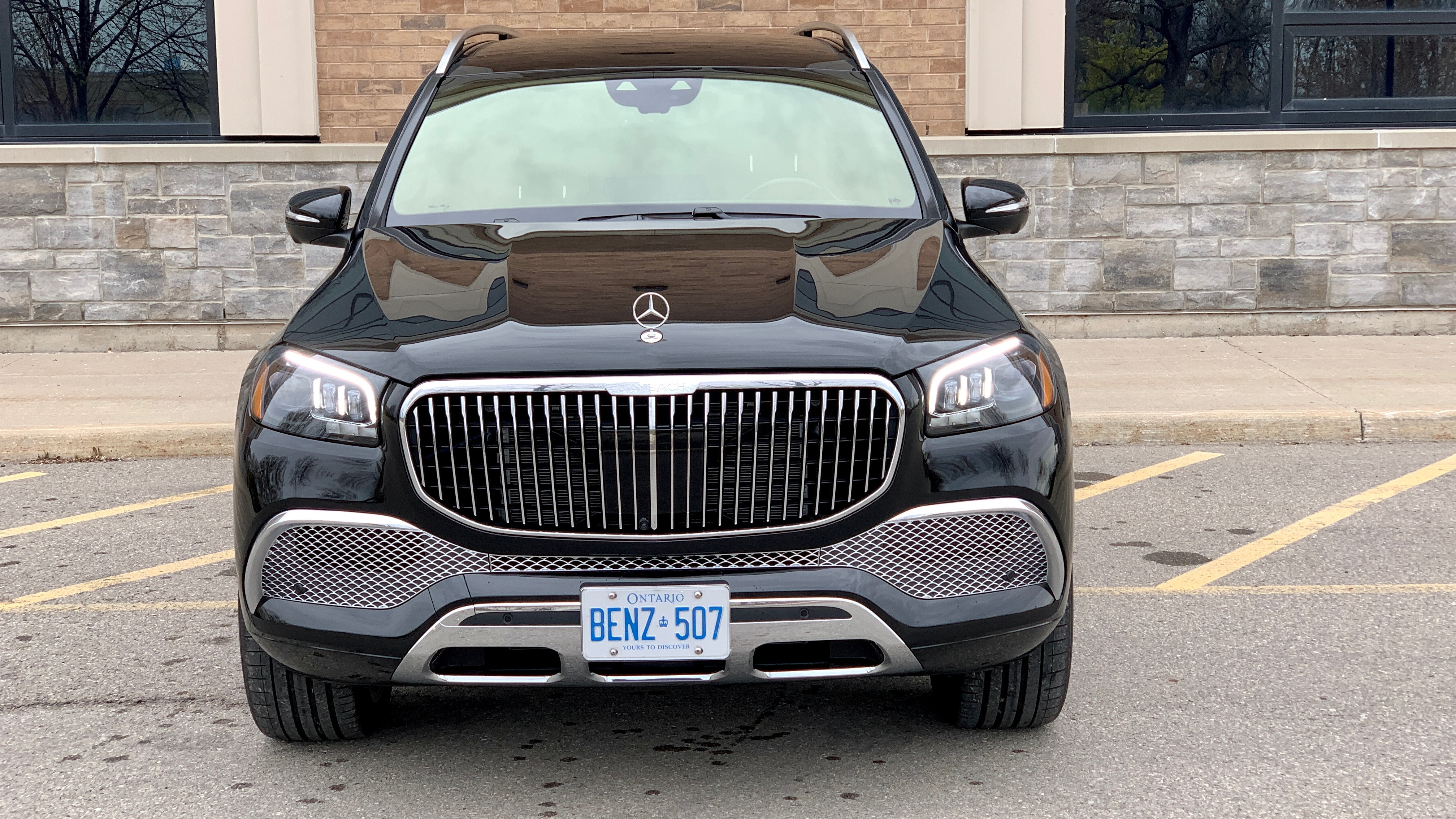 From the outside there is nothing garish or opulent to make it stand out in a crowd, but I think that is exactly what Mercedes-Benz were trying to achieve with the styling. It is a big truck and with its massive 23-inch wheels makes it seem even more so. Up front the large chrome grille with a lower chrome meshed air intake cover that stretches the width of the vehicle does give it a strong road presence without giving away what it really is.

Only a Maybach emblem mounted at the base of the D pilar and a badge on the rear hatch acknowledge that something special is hidden under the sheet metal. 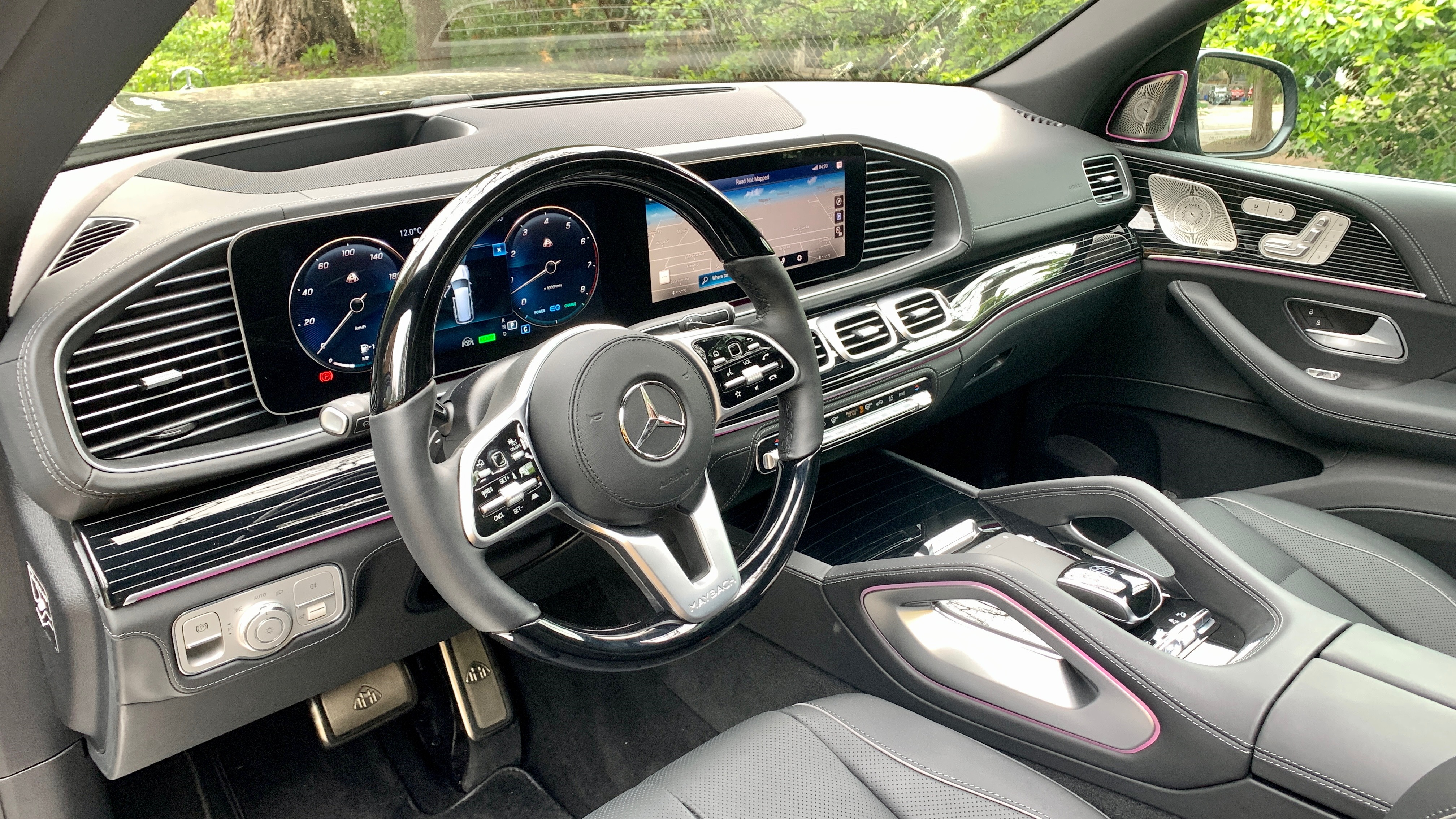 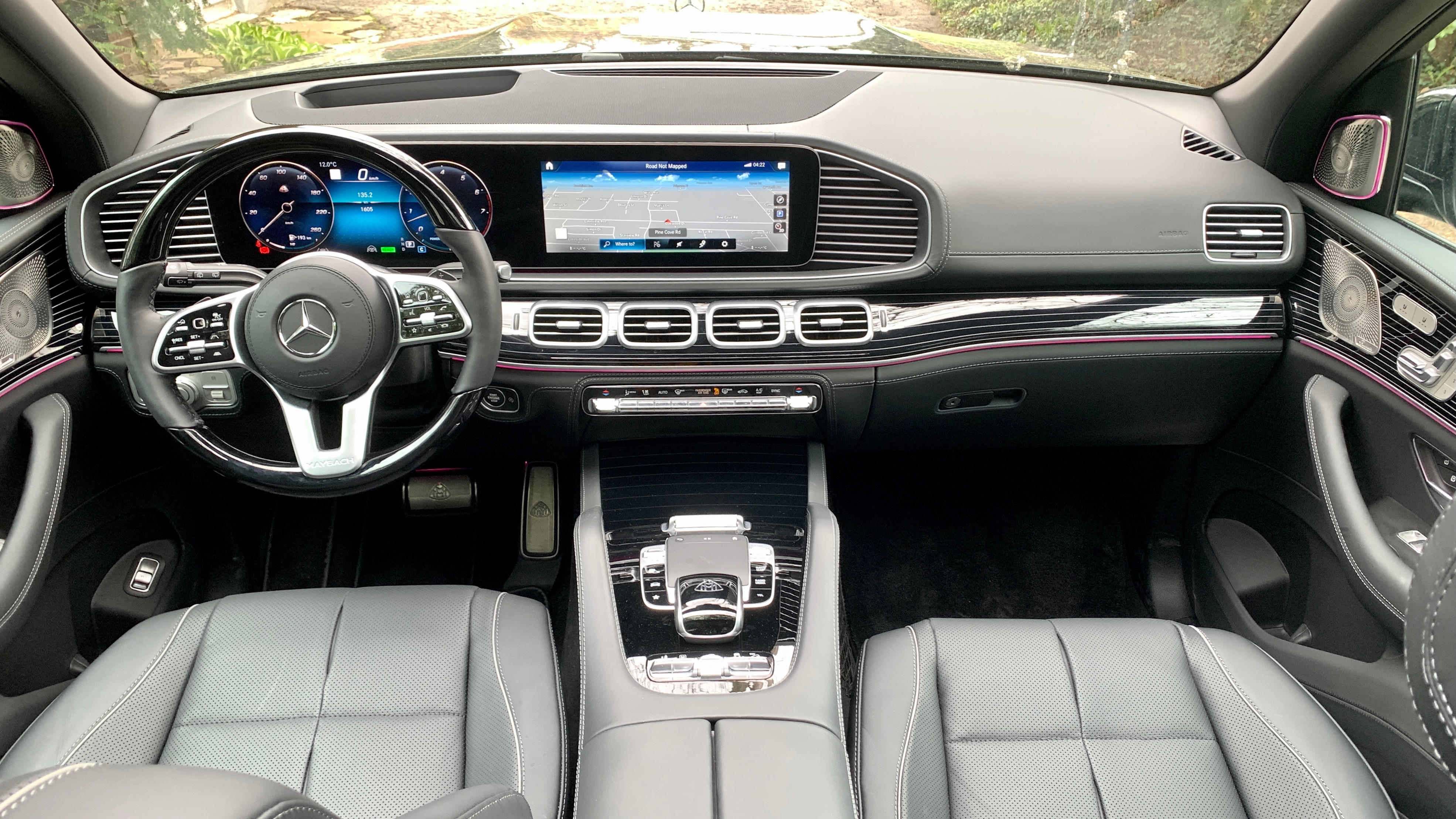 The interior cabin is a totally different story, both from a driver’s perspective and especially for the rear seat passengers.
It is obvious from first look that everything has been set up for the rear passengers. The two rear bucket seats are more akin to an airline first-class pod. No expense has been spared with fit, finish and electronic enhancements.

The rear seats have been finished off with the finest of Napa leather and cushioning making them one of the most comfortable I have sat in.

The rear seats are as comfortable as any high-end recliners found in any living room but with the advantage of being able to be moved to any position to make anyone of any shape or stature more than comfortable. And if that isn’t enough there is a separate plush cushion and super soft head pillow included. 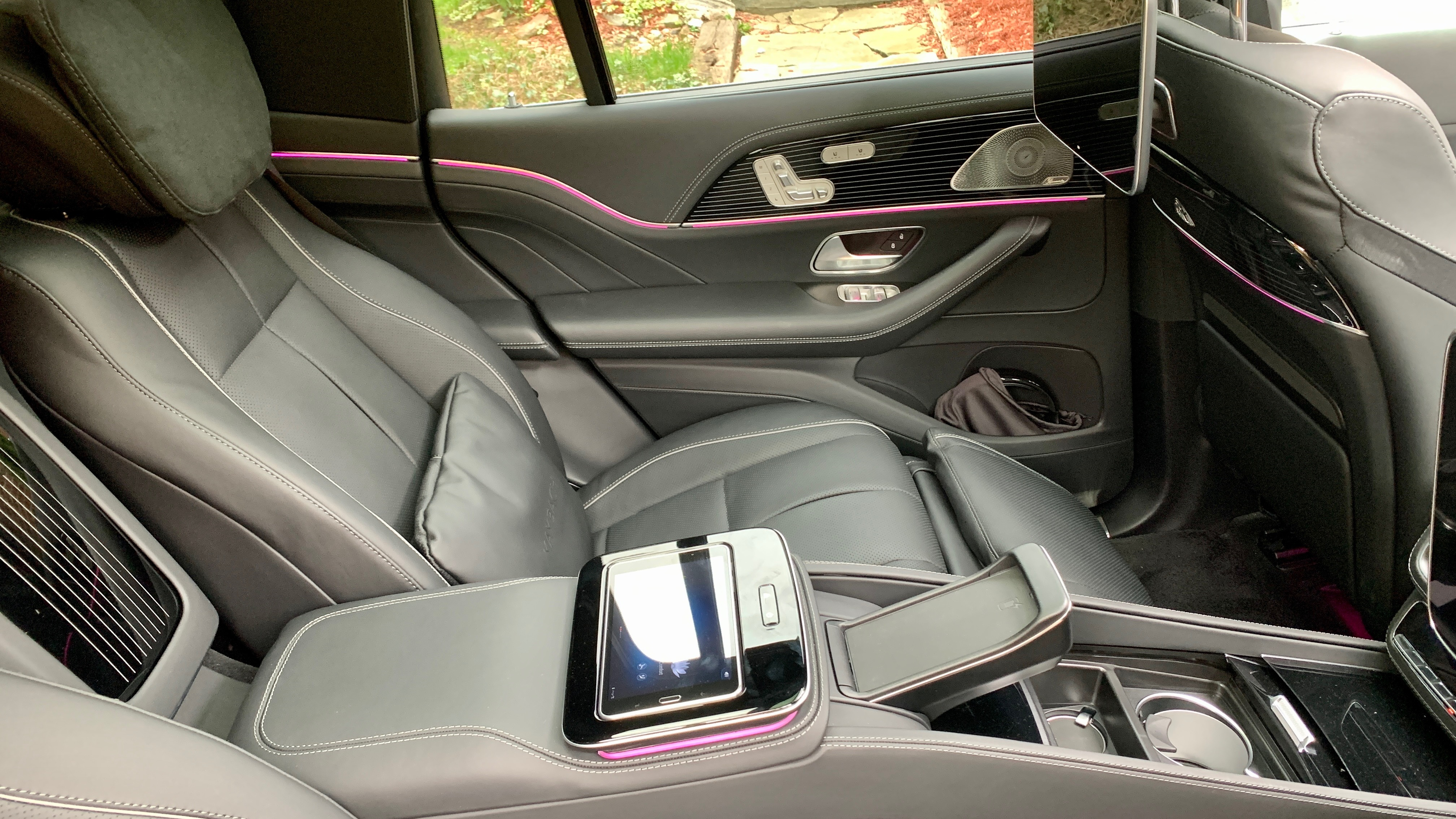 Just like an airline first-class seat there is folding tables that slide into the centre console just below the wine cooler – yes, I did just say wine cooler.

Between the seats is a removable tablet that allows rear-seat passengers to take control of the entire vehicle from music choice to cabin temperature, unfortunately, there is still a need for a driver to steer and work the pedals. If the interior isn’t comfortable enough with just the seating, there is a small fragrance bottle attached to the air system that produces a cabin atmosphere to further enhance the rear seat experience.

Although the Maybach is set up primarily for the comfort of the rear-seat passengers it doesn’t mean that the drivers and front passenger seats have been ignored. The dash is stunning with fit and finish being just as luxurious as the rear. A large drivers digital display is bright and crisp and can be set up specifically to the drivers needs. Black piano finishes with white horizontal lines seem to expand the cabin making the drivers cabin fresh and airy.

Under the hood is a super smooth 4.0-litre twin-turbocharged V8 engine attached to a nine-speed Tiptronic transmission that puts the power to all four wheels by means of Mercedes-Benz 4MATIC variable all-wheel drive system. The engine produces 550 hp and 538 lb-ft of torque which is more than adequate to propel this monster to 100 km/h in just under five seconds.

A 48-volt mild hybrid system brings a further 21 hp and 184 lb-ft of torque, adding extra power to compensate for turbo lag and making hard acceleration as comfortable for the passengers in the rear. 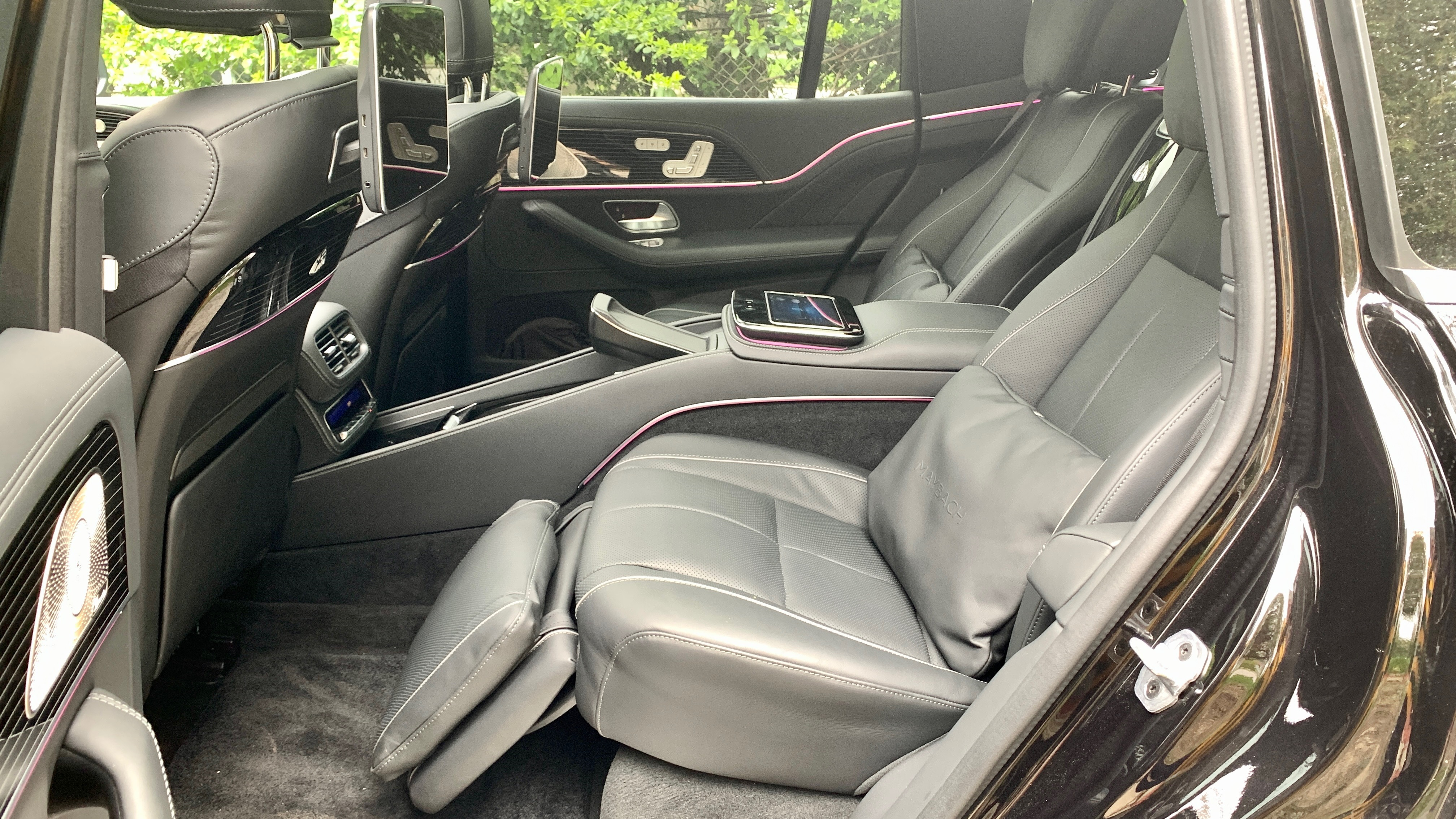 Just to ensure that the ride is as comfortable as possible there is even a “Maybach” driving mode that sets up the drivetrain, suspension, and body to make sure that the rear seat passengers take precedence during any excursion to the opera.

To ensure the smoothest of drives the adaptive suspension has been enhanced by air springs at all four corners and uses electronically-controlled hydraulics to manage the individual wheels thereby making sure all the bumps in the road are traversed with ease and without the feel being transferred into the cabin.

The Mercedes-Maybach in this form is aimed at a certain market segment. I can’t see it being used as a regular daily driver. It is much too sophisticated for that. Most owners will probably never drive it – that is for the chauffeur, but that doesn’t take away from the driveability of such a big SUV.

With the inclusion of the wine cooler, it all but eliminates any storage space in the cargo area making it more appealing to the Luxury Limousine market. 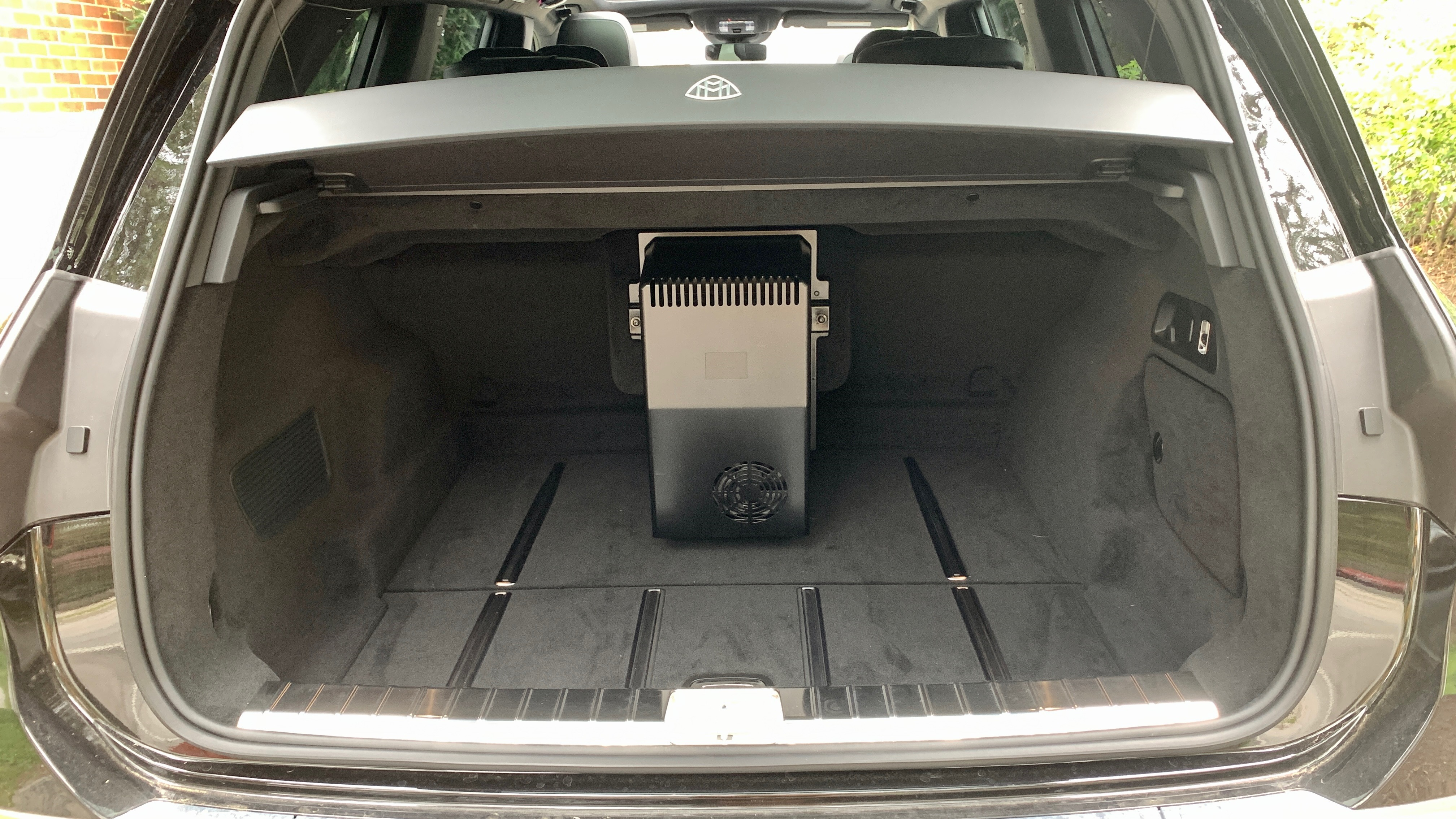 The Mercedes-Maybach is the epitome of luxury and manages to fly below the radar for those rich enough to afford it and don’t want to be seen.