A dream made real.

Join the Conversation (0)
The Lexus LC 500 Convertible is the most beautiful car I’ve driven in 2020. And I drive a lot of cars.

It’s been said that vehicle purchases are often driven by emotion, and if there was ever a vehicle designed to stir one’s soul, the LC convertible is it. Lexus wants you to fall in love, and honestly, unless you really don’t like cars, it’s pretty hard not to fall in love with the car. This car is simply stunning, but I’ll get to that. First, a little background.

The first LC (Luxury Coupe) production model was revealed at the Detroit Auto Show in 2016 and went on sale a year later as a 2018 in gas and gas hybrid coupe form. The convertible first broke cover as a concept at the Goodwood Festival of Speed in the summer of 2019 and was followed by a production variant reveal at the L.A. Auto show last fall.

Mechanically, all LC models are built on the Toyota New Global Architecture L (TNGA-L) platform shared with the current gen LS full-size sedan. Both rear and all-wheel drive are supported but, unlike the LS, the LC is rear-wheel drive only and is available with a V8 engine.

The LC convertible is powered by a naturally aspirated 5.0-litre DOHC 32-valve V8 that produces 471 horsepower and 398 lb-ft of torque that’s paired with a 10-speed paddle-shift automatic transmission. This is the same V8 used in the RC F coupe and departing GS F sedan. 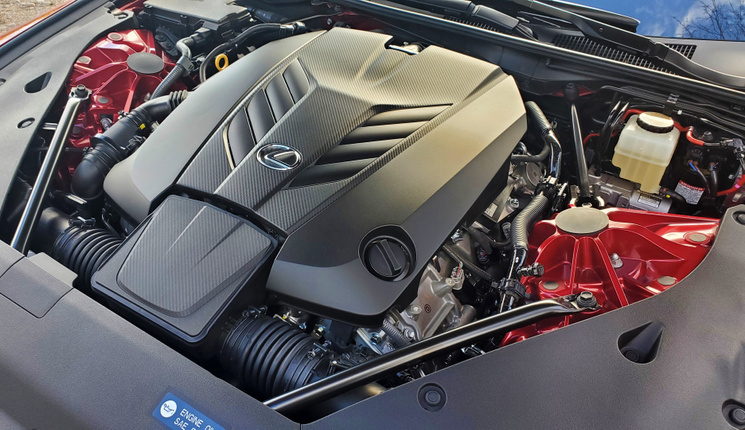 For the purposes of this review, Lexus Canada set me up with an Infrared tester finished with a Toasted Caramel Semi-Aniline leather interior and a matching sand roof. Apart from a $650 paint charge, everything else comes standard. As you might imagine, the list of included amenities is long. Standard kit includes 21-inch forged alloy wheels, triple-beam LED headlights, TORSEN limited-slip differential, adaptive variable suspension, configurable digital instrument cluster and 10.3-inch multimedia display.

Oh, and it also has neck heaters built into the front headrests which come in handy when you’re driving with the top down in Canada in late October. I speak from experience.

As mentioned, this car is a real looker. From its massive chrome wheels, to its long hood creases that flow into its spindle grille, and the detail in its triple-beam LED headlights, this car is a concept made real. Its beauty comes into sharper focus as light reveals its many interesting surfaces, sweeping lines and shapes that fuse perfectly together. The rear LED taillights that stretch across and point downward and wrap into the rear fenders seem better suited to a car in a video game, but they made it to production. And they’re unlike anything I’ve seen on a production car.

The interior feels like two-door LS. It is sumptuous and elegant, with incredible detail and exquisite fit and finish. I say two-door because while there’s a 2+2 back seat, let’s get real – no one’s going back there. If you have small kids maybe, but how many LC convertible intenders have small kids? Very few, I’d say. For all intents and purposes, this is a two-passenger car.

And what a two-passenger it is!

The caramel leather looks and feels great to the touch and wraps perfectly around many interesting shapes and surfaces with stitching, particularly in the seats that exude an air of craftsmanship and sophistication. The metallic-finish buttons for climate controls in the centre stack haven’t been overthought and convey their operation in a straightforward manner. 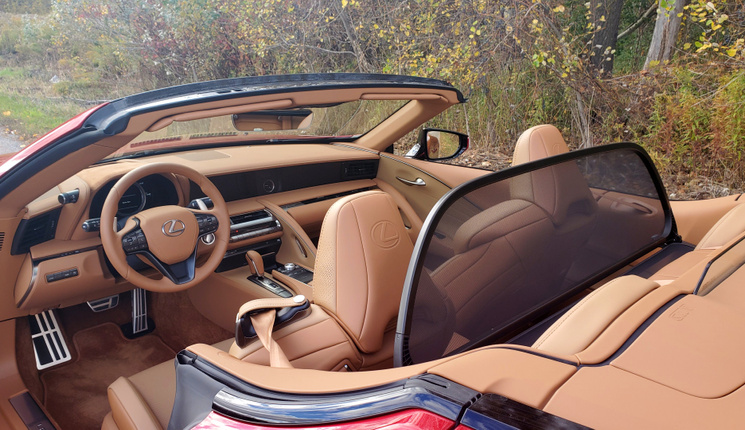 I have no serious qualms with the digital displays either. The round LCD tachometer / speedometer gauge will look familiar if you’ve driven any Lexus F car, and its appearance changes with driving mode. The digital readouts surrounding it can be tailored to the driver’s liking and it all works fine.

There is one nitpick that must be mentioned, however. The controls for the heated and cooled front seats, along with the neck warmers, are housed in the multimedia system. I’m really not a fan of this practice, as it makes the controls harder to find, fussier to use and increases driver distraction. Lexus, please—there’s plenty of space on the centre console for these buttons. If you can put a hinged cover over the roof and window buttons, you can put seat climate controls on the console, too.

Okay, so how does it drive?

Like a luxury grand tourer. And I mean that in the best possible way. Someone high up in the Lexus food chain is a big fan of the Mercedes-Benz SL, because this car so clearly draws inspiration from the SL that Daimler ought to receive royalties.

I’m being a bit tongue-in-cheek here, but the LC convertible delivers similar vibes. Different manufacturer, different car, different design and details, yes, but a familiar essence. And, more importantly, the same feeling behind the wheel. I had the roof down for most of my very short (48-hour) road test and while cruising along on one very unseasonably warm and sunny late October day, my mind drifted back to an SL media drive I attended in 2016 in Southern California. That event included a drive from Newport Beach to San Diego along the Pacific Coast Highway which was absolute bliss. 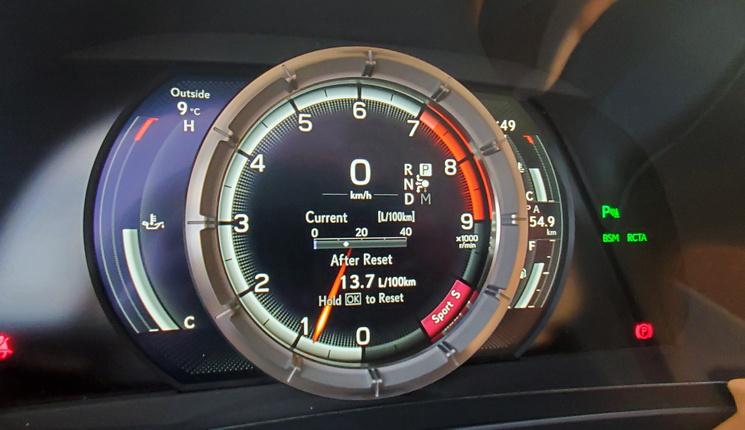 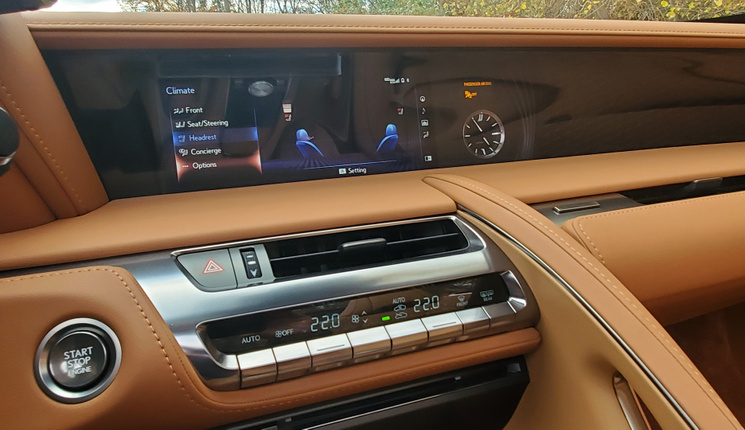 Unfortunately, my time with the LC convertible didn’t include a drive along the PCH, but the sensation was similar. Roof down, ensconced in a fine luxury cabin with a lusty V8 exhaust filling my ears. Rolling down a two-lane country road, sunglasses (and hat) on, watching the world go by from a most exquisite seat. This is what LC convertible ownership offers. Simple motoring pleasure.

But what about performance? Despite its V8 engine and RWD layout, the LC really isn’t built for performance. Yes, there’s an adaptive suspension, and a drive mode selector with sport and sport+ settings. I fiddled around with them and they can sharpen throttle response and allow engine revs to build before upshifting for a more dynamic driving feel. The V8 is torquey and responsive, too, so quick pulls from rest are there for the taking with a heavy foot and sport+ mode if you wish.

But white-knuckle performance isn’t really the LC convertible’s game. It’s not a track day car, nor is it ideal for taming the Tail of the Dragon. There are many better choices for those fun tasks. No, the LC convertible is built for cruising on sunny top-down days, stretching out those sojourns for as long as possible, and always taking the long way home.