Join the Conversation (1)
If you wanted to gain insight into just how quickly generations come and go in the auto industry, consider the status of the Kia Sportage.

Fresh and edgy when it was all-new in 2016 for the 2017 model year, Kia’s strong-selling compact crossover now appears dated, a faded talisman that marked where the fast-moving Korean automaker once was, but not where it’s going. Next to the all-new K5 sedan and Sorento SUV, the Sportage’s age is showing, which proves just how much can change in five short years.

And while spy photos of a purported next gen Sportage are easily found online, the aging fourth gen car soldiers on. That said, the current Sportage will leave big shoes to fill as it has remained one of Kia’s best sellers throughout its lifespan, including during a pandemic-ravaged 2020 when it was the no. 2 Kia in the U.S. behind the Forte.

To its credit, Kia has made efforts to keep the Sportage fresh. It received a styling update in 2019 (2020 model year) that included a raft of changes. Among them are new front and rear fascias, new front grille, bumper, air intake and skid plate, new LED headlights, redesigned rear bumper, taillights and new 17-, 18- and 19-inch wheel designs. The 2020 model year also ushered in a new S trim designation which delivers sportier interior and exterior design treatments. 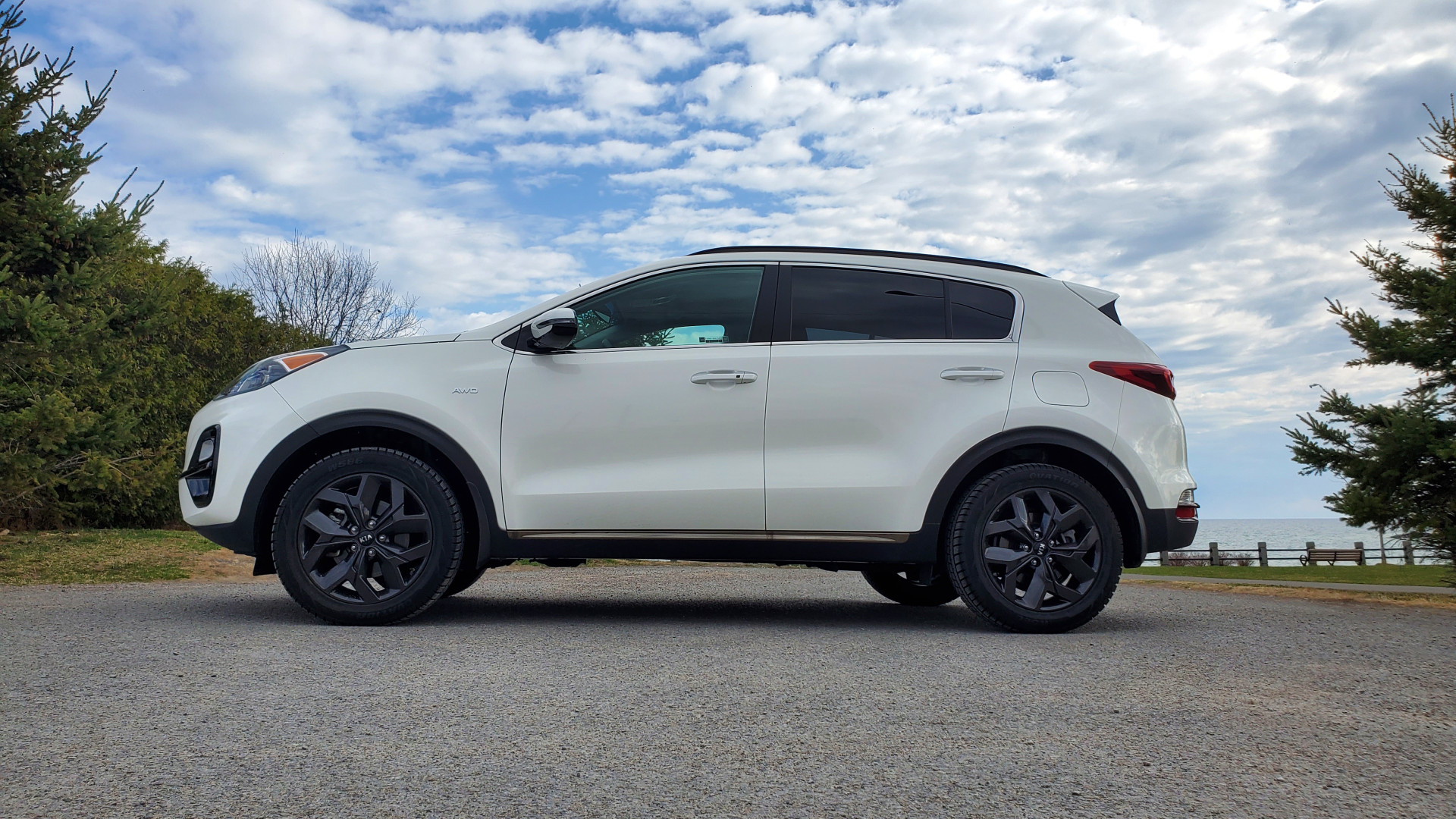 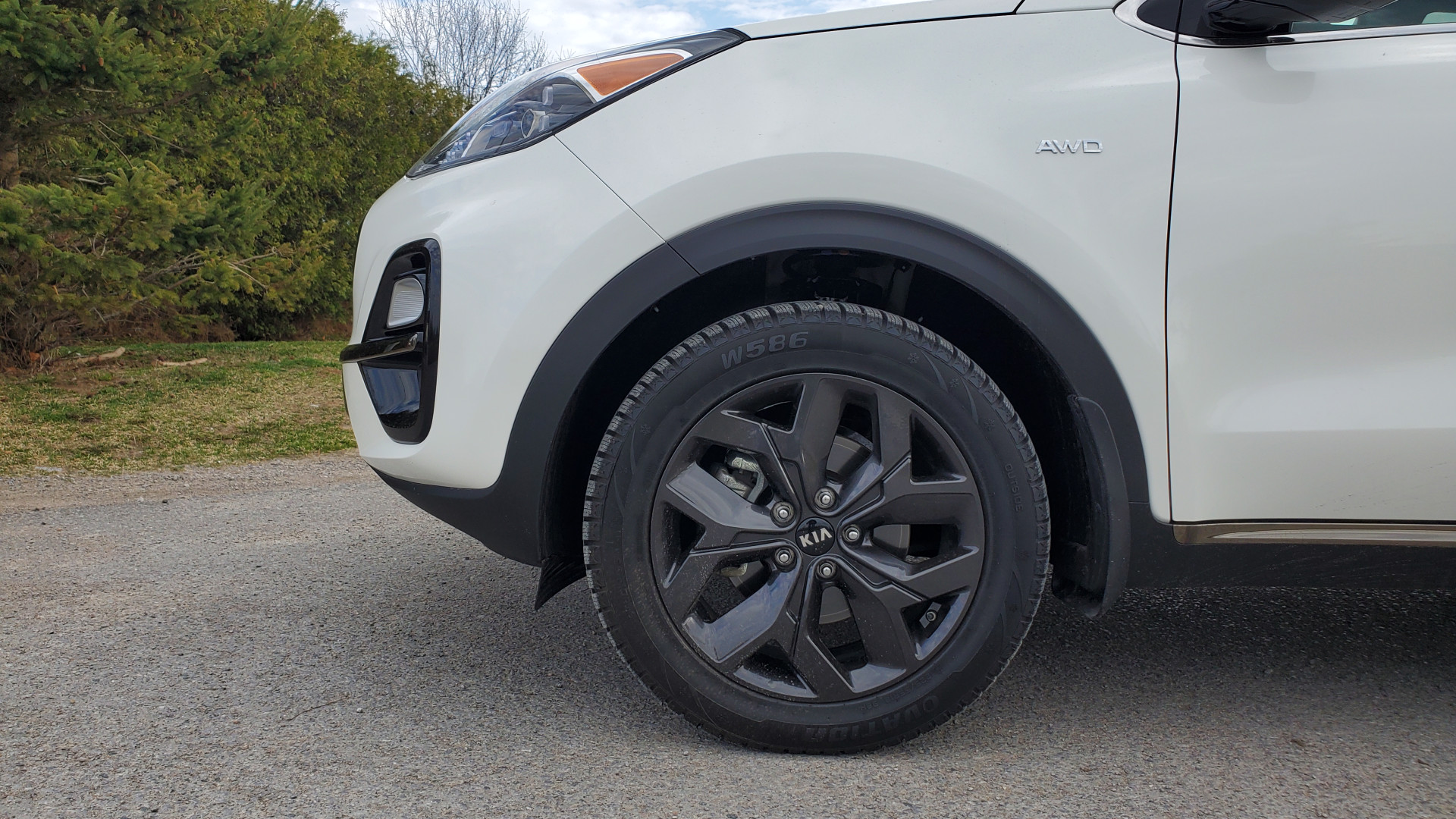 For 2021, the Sportage is available in six grades for the Canadian market: LX FWD, LX, LX S, EX S, EX Premium S and SX. All grades are powered by a 2.4-litre four-cylinder engine (181 hp / 175 lb-ft) apart from the range-topping SX which receives a more powerful 2.0-litre turbocharged four-cylinder (237 hp / 260 lb-ft). Both engines are paired with a six-speed automatic transmission and all-wheel drive is standard on all models above the base LX FWD.

For the purposes of this review, I recently spent a week driving an EX Premium S finished in snow white pearl with a synthetic black leather interior. The only option on my tester is a $250 paint charge which brings the total before taxes to $35,845.

As mentioned, the Sportage is an old vehicle, but its age is much more noticeable on the inside. Owing to the many changes thrown at it for 2020, the exterior doesn’t feel as old. Not as fresh as it once was, but not ancient either. Its rather bulbous and rounded off proportions are a bit dated compared to the more angular and creased Kias of late, but the Sportage’s lines can still pass for handsome, especially on higher trims like my tester which has bigger wheels and fancier LED headlights. 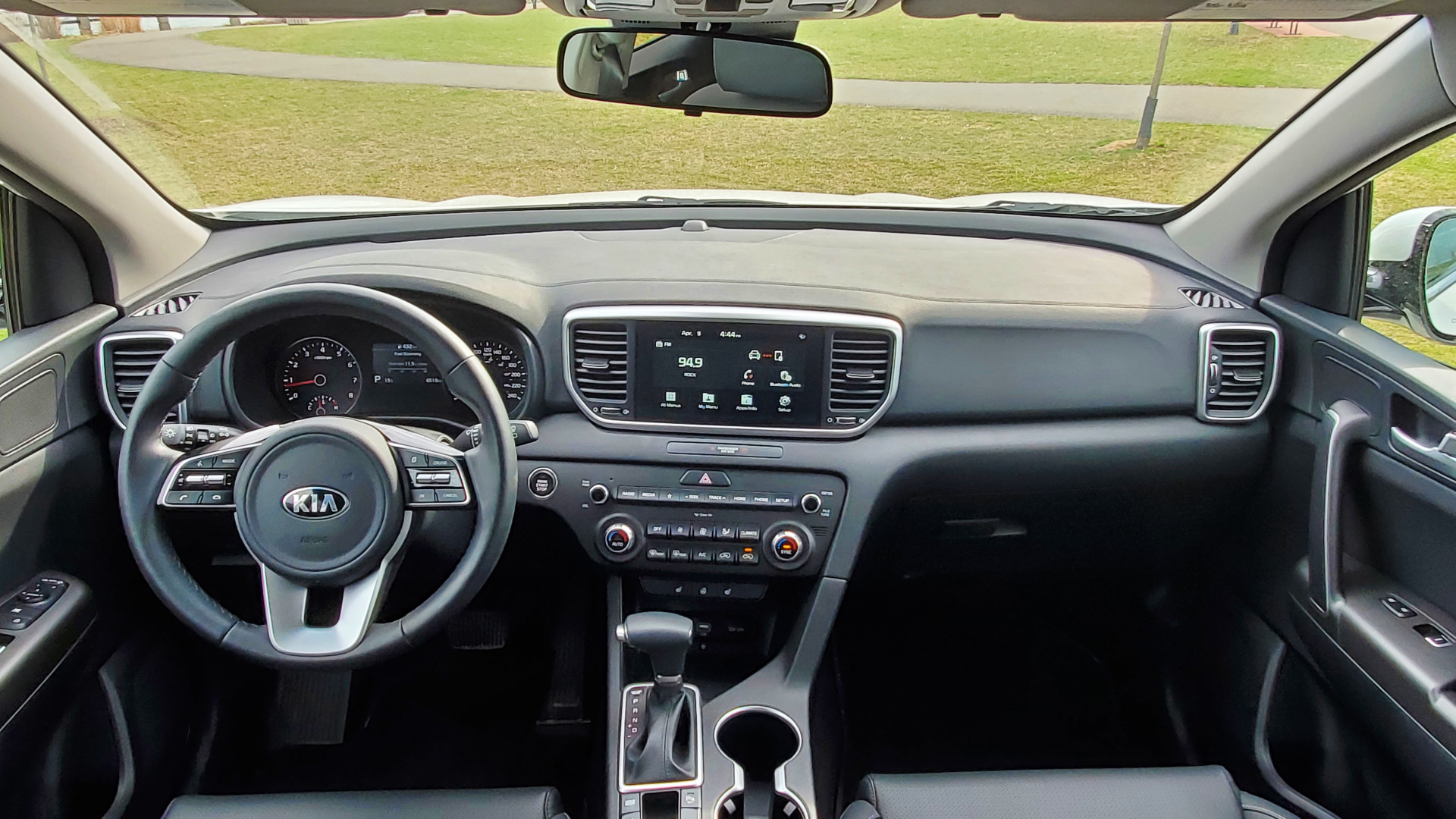 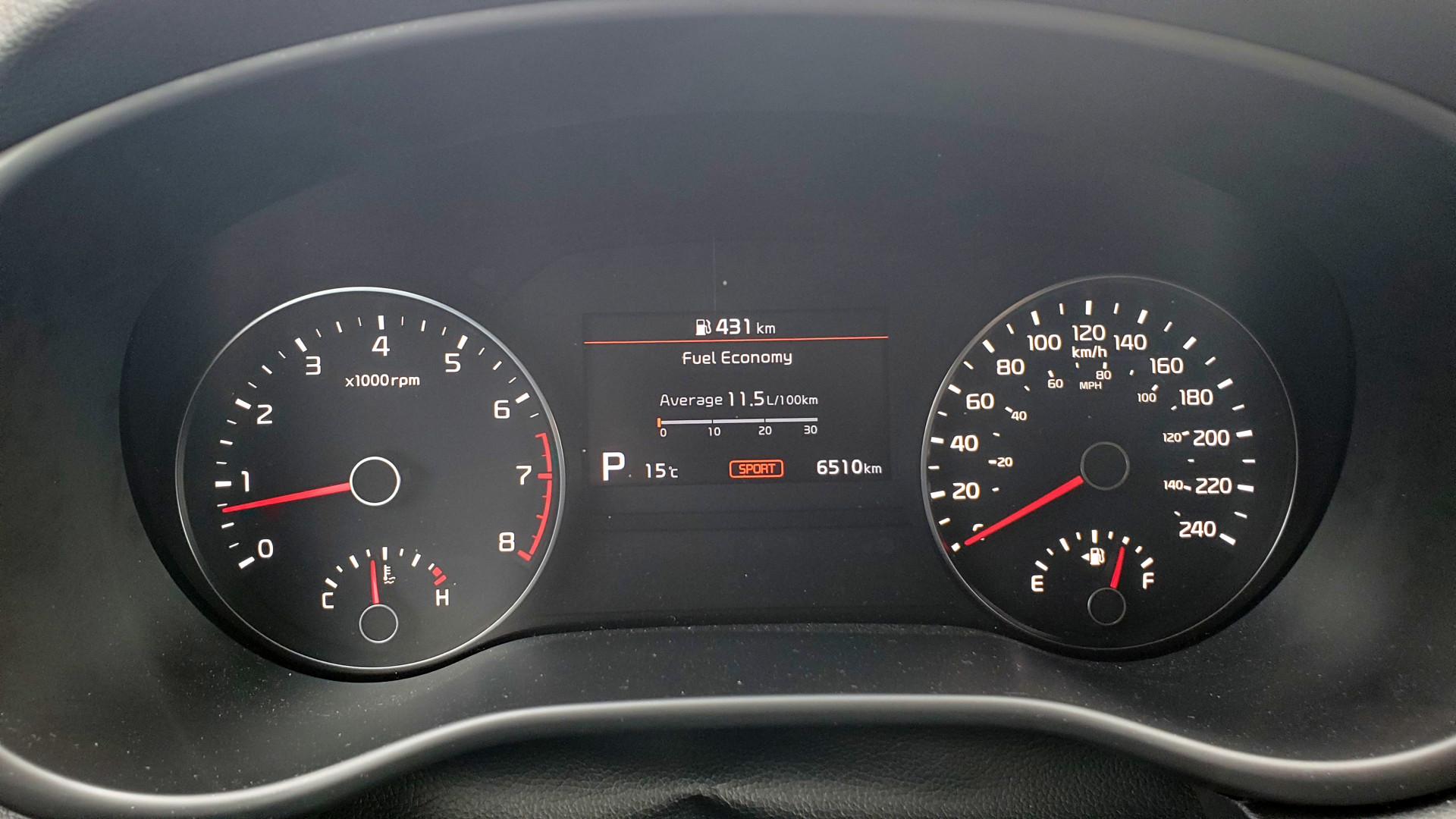 The interior is a different story, however. Despite being the second-highest trim available, my tester’s cabin feels quite dated, both in terms of design and materials used. Loads of hard black plastic that looks and feels cheap is used liberally throughout the cabin, especially in the dashboard, centre console, and door panels, which is disappointing for a vehicle in the $40K range with fees and taxes included.

Apart from lacklustre materials, the Sportage’s design is also showing its age with a smallish multimedia screen that features dated icons and lower-resolution graphics. Even buttons and switches look like they’re nearly a decade old. But on the plus side, they’re smartly located and easy to use.

Some touch points, such as the leather-wrapped steering wheel and shifter, are of higher quality and are more pleasing to use. Same goes for the synthetic leather seating – not great, but better. Generally, the Sportage cabin is comfortable and spacious with good visibility, but it’s in need of a design and construction overhaul.

On the road, the Sportage delivers adequate performance for routine driving situations. Its driving character is neither bad, nor spectacular, but somewhere in the vast middle, which is the spot most car-based crossovers occupy, at least in my view.

The 2.4-litre four doesn’t feel especially refined or powerful, but it has enough muscle to move the Sportage along with reasonable haste. It’s somewhat noisy under acceleration, as many four-cylinder engines are, but it’s quieter at speed which will no doubt please those intending to use it as a commuter vehicle. 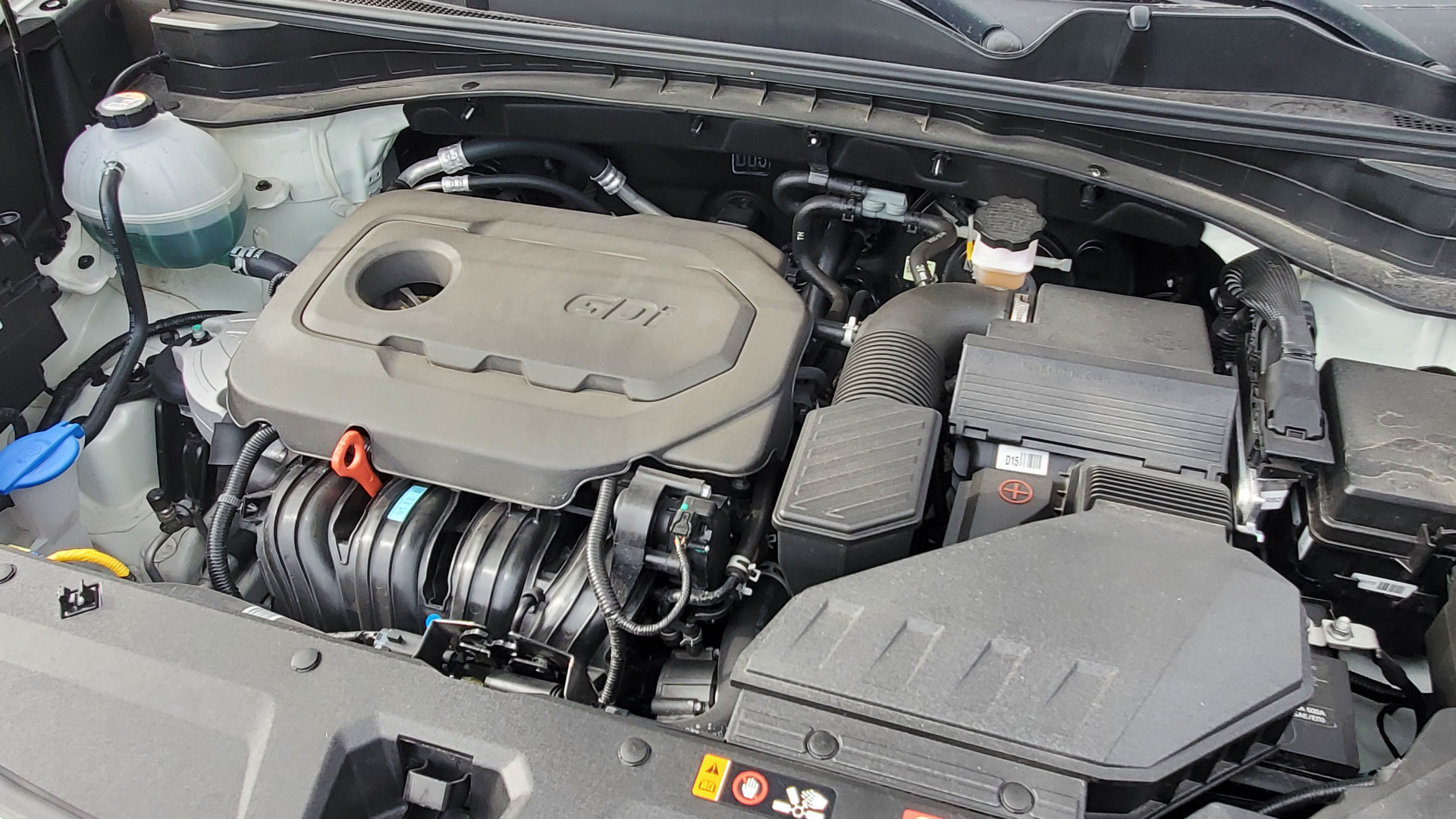 A drive mode selector (sport, normal and eco) is there if you wish to tune the Sportage’s character more towards performance or efficiency, but the drive doesn’t change much. It’s not a hybrid or a performance vehicle, so you’re likely best to just leave it in normal and carry on, which is what I did most of the time. The sport mode does provide snappier acceleration and a more aggressive shift pattern from the six-speed automatic, but it’s not game-changing.

Ride quality during my test was decent, neither soft nor harsh, with a cabin that does a reasonably good job of sound isolation, apart from some engine noise under acceleration. Everyday handling felt fine, responsive and well-balanced for an SUV, but how it operates in a dynamic situation on a closed course is an open question. I acknowledge it likely won’t be much of a factor either way for most intenders.

As with many vehicles of this type, the Sportage is equipped with an AWD lock mode and hill descent control for light off-roading, but that’s not really its game. It’s engineered to serve as a pavement vehicle, so I’d recommend sticking to tarmac as much as possible. Towing is similarly limited with a 2,000-pound maximum rating.

In sum, I think the Sportage is a decent vehicle with enough content and versatility for it to remain attractive to crossover shoppers. That, combined with a reasonable pricing structure with adequate everyday performance and practicality almost guarantees it will remain a good seller for the remainder of its lifespan. 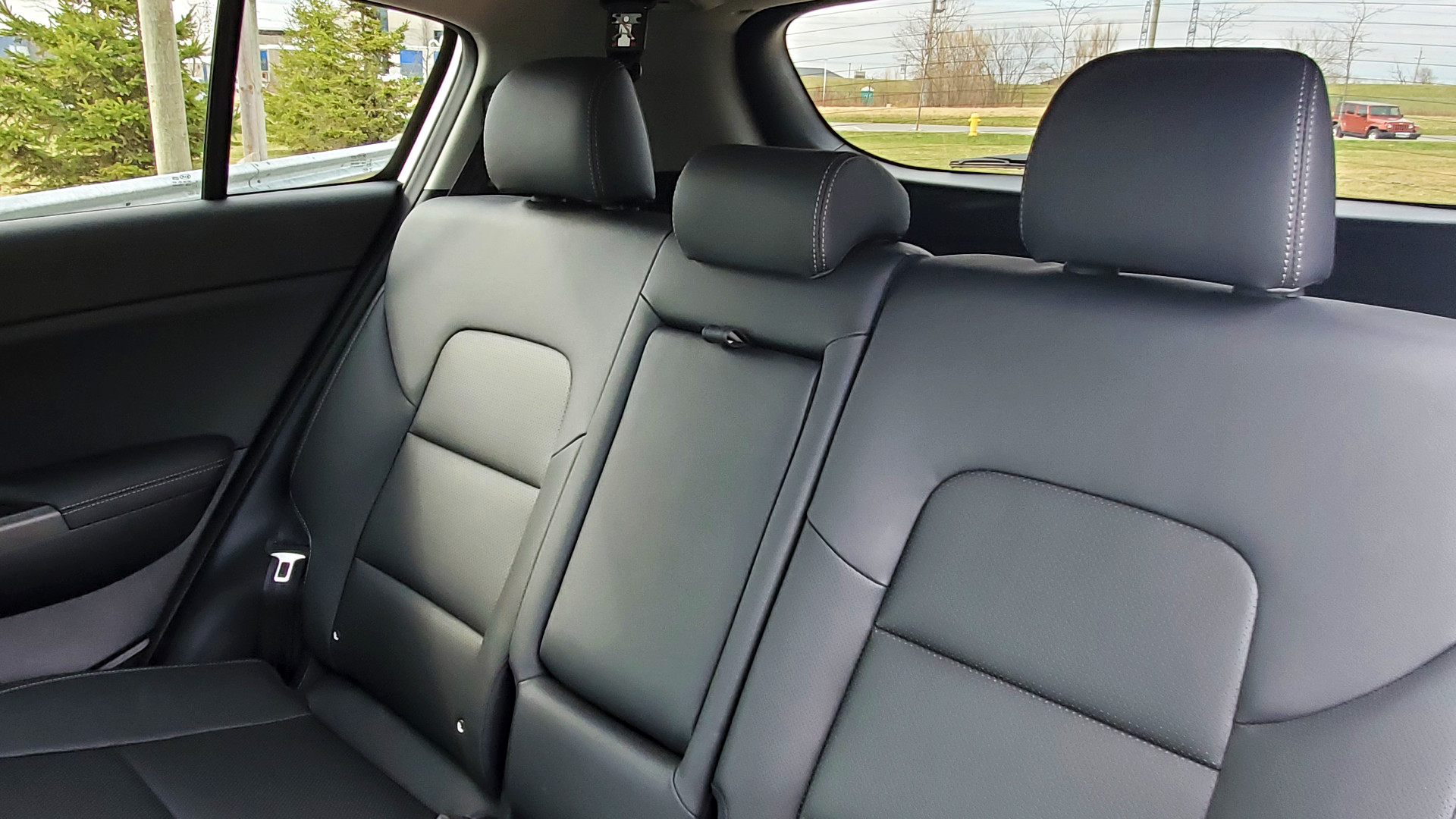 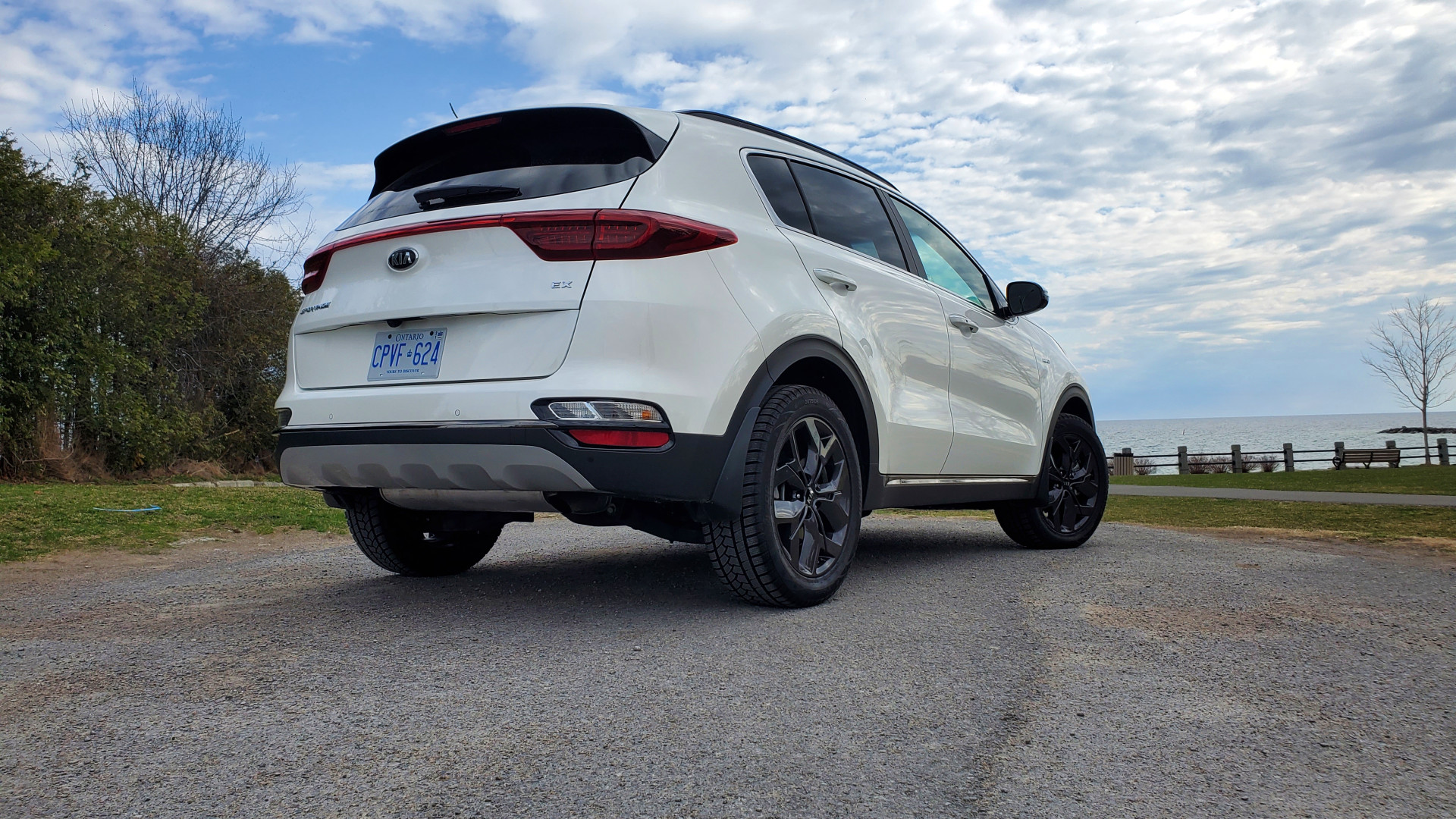 However, there are better choices in the category that offer sharper styling, better cabin amenities and an equal amount of practicality and content for money. And unlike the Sportage, several of its class rivals also offer some form of electrification. Until the next-gen Sportage arrives, it would be wise to give these competitors due consideration.