One last drive in the queen of hot hatchbacks.

Join the Conversation (1)
This is the fifth time I drive the Honda Civic Type R and whenever I strap myself in its enormous racing seats, it surprises me. This is a lot more than a Civic wearing a big wing. It’s a race car dressed up as an economy car. And because it was created to satisfy its driver and nobody else, this review will focus solely on the art of driving.

If you came here to read about fuel economy, cargo space or other forms of sensible car buying advice, there are plenty of other articles on this website that’ll suit your fancy. And if you’re interested in buying a 2021 Honda Civic Type R, it’s already too late, because it’s sold out.

Plus, with a new-generation Civic scheduled this summer, the current Type R is in its final production run. We might need to wait another two years before seeing the legendary R badge on the Civic’s trunk again, which is why I felt it was fitting to take the car out for one last spin and retrospect on what Honda did right, and what it did wrong with its big-winged hot hatchback. 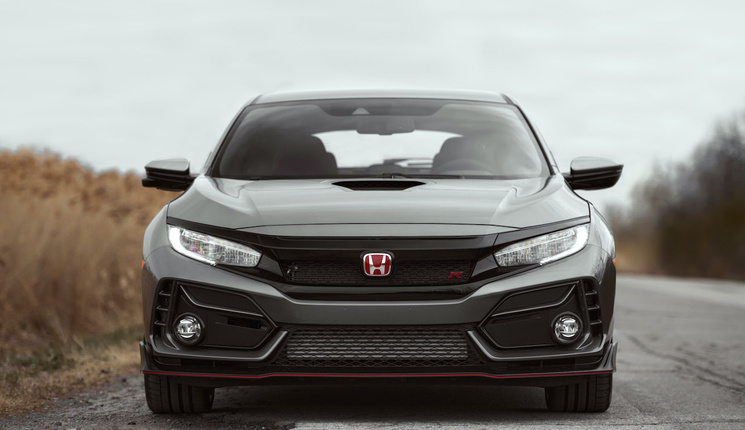 The Type R carries over unchanged this year after it was facelifted in 2020. In typical Honda fashion, the changes applied were subtle, but substantial, and mainly affected the car’s driveability. There was a slightly revised front fascia which cleaned up most of the fake air intakes, as well a slightly massaged rear end. The car looks just as wild as before, but at least nobody can accuse its intakes and wings of being fake. Everything you see on a Type R has a purpose. New colors, like Boost Blue and this Sonic Gray Pearl, were also added.

The most noteworthy upgrades lie underneath its loud body. There are new brake rotors and pads that aim to inhibit fade during hard braking. Honda also retuned the front suspension to improve steering feel.There’s a new steering wheel wrapped in faux suede instead of leather, a redesigned shifter for even shorter throws, as well as a new synthetic engine noise that alters its intensity with the different drive modes. We’ll get back to that one in a bit.

Nothing changes mechanically, and that’s a good thing, because power from the turbocharged direct injection 2.0-litre four-cylinder was never an issue. It’s still rated at a healthy 306 horsepower and 295 lb-ft of torque, and it can only be mated to a six-speed manual transmission.

Yes, the Type R is front-wheel drive only and fitted with a mechanical limited slip differential. This sort of configuration allows it to be considerably lighter than its all-wheel drive competitors such as a Volkswagen Golf R (now on hiatus until the new model comes out) and a Subaru WRX STI.

Will Eat Roads for Breakfast 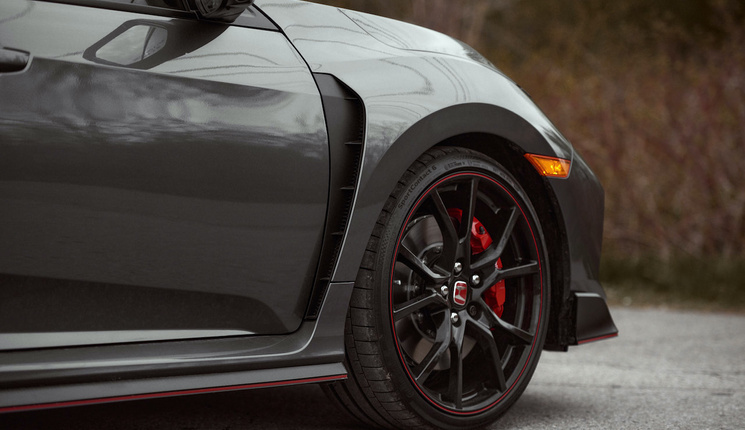 The best way to properly understand a Civic Type R isn’t by trying to impress you friends at the dragstrip with acceleration times. Try that, and you’ll quickly get humiliated by some kid driving a modified Subaru as you spin your front tires through third gear. The Type R’s magic happens when the driver spends some intimate time with it out on a winding track or on a large slab of twisting road. And that’s precisely what I did.

I’m blessed to be able to drive many cars for my job, some more exciting than others. I’ve had everything parked in my driveway, from a Lamborghini Huracan to a Mitsubishi Mirage. Yet, there are very few automobiles that I purposely go out of my way to drive. Every single evening of the week that I had the Type R in my possession, I made it a personal mission to devour some back roads and empty its gas tank. As far as driver involvement goes, this Civic is up there with cars like the BMW M2 CS and the Porsche Cayman GT4.

Since I recently moved back to my native region of the Eastern Townships, which comfortably sits close to the Quebec/Vermont border, I felt the Type R was a fitting machine to revisit the area’s magnificent New England style roads. And because the border has been closed for over a year due to the COVID-19 pandemic, this normally tourist-infested territory is now as calm as a library, yielding kilometers upon kilometers of picturesque open tarmac.

Out there in the wild, the Type R flexes its hot hatch muscle in the same matter a supercar unwinds its fury. Set the car to its most aggressive R setting, which firms up its adaptive dampers, adds resistance to the steering wheel and remaps throttle mapping, and the Type R goes from being a sensible economy car to a Porsche-chasing hooligan.

Hitting a corner with this machine at high speed quickly reveals its superhuman abilities. The chassis is spectacular, and the downforce generated by that hood air intake (it channels air through a tunnel located underneath the hood to each side of the car) means the front end is always firmly planted to the ground. The faster you go, the more it sticks, adding even more confidence behind the wheel. 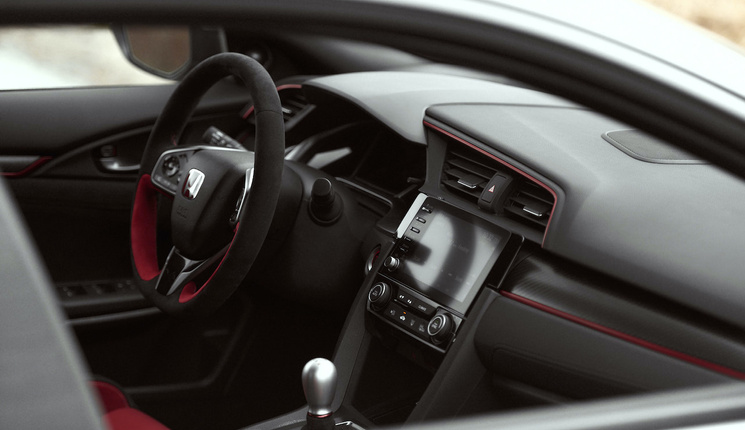 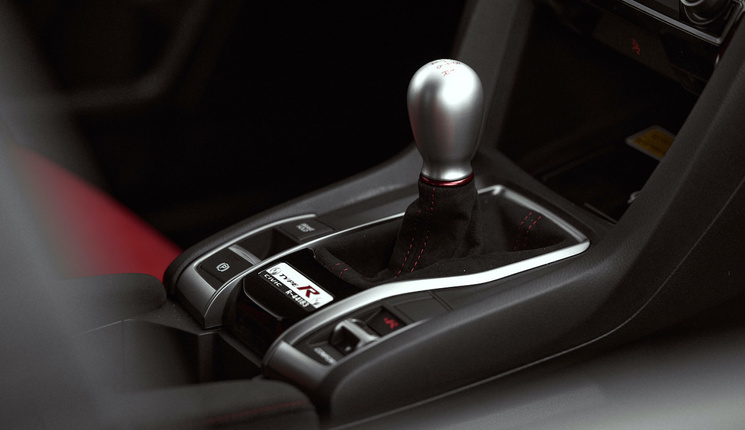 Rare are front-wheel drive cars that tuck inside a corner when applying throttle, but that’s exactly what happens in a Type R. There’s also never any torque steer, or even understeer thanks to some trick “double knuckle” technology that was crammed onto its front axle.

The rush of power from that forced-fed four-cylinder, which also employs a bit of VTEC wizardry, is relentless. This engine pulls in any gear, with loads of low-end twist and an ability to rev like the charming Hondas of yore. As you storm down the road at alarmingly fast speeds, the Type R gives you the freedom of manually changing its gears with what is arguably the best shifter in the industry.

The clutch is light, the car is precise and responsive, and the Type R’s brilliant suspension tuning means the entire experience is exhilarating, but also effortless. You’ll quickly run out of road and fuel, but you’ll always come back for more thrills.

Any disappointments? The synthesized engine sound is very annoying. I was among the journalists that complained about the fact that this car desperately needed an engaging soundtrack to go with its looks and performance. Honda listened, but the fake sound now produced is buzzy, loud and irritating. Plus, it can’t be turned off.

And while I totally understand and respect its vents and wings, the Type R is going to strike some as just not a good-looking automobile. I sadly can’t picture a young professional – its target buyer – driving one to the office wearing a suit and tie.