Join the Conversation (0)
Battles among the main German car brands are always fun to watch, especially in the heavy weight category. The model featured here, the 2021 BMW M8 Competition Gran Coupé, wears a name so inflated, that you’d swear it was a reference to the egos of the people who developed it. It’s set to compete in the highly posh and sophisticated world of luxury grand touring sedans; a well-filled arena where highly capable entries from Audi, Mercedes-AMG and even Porsche take each other on.

BMW reincarnated the 8 Series nameplate in 2018 with the coupe and convertible (which are on hiatus for 2021). The Gran Coupé and M8 versions arrived not long after.

To achieve large sedan proportions, the Gran Coupé’s wheelbase is 200 mm longer than the 8 Series coupe on which it’s based, yielding two extra doors and a pair of comfortable rear sports bucket seats. The Gran Coupé is clearly a four-seater though due to the large center console that deletes any possibility of a third occupant. Rear leg room is good back there, but headroom remains a little problematic due to the slopping roof. 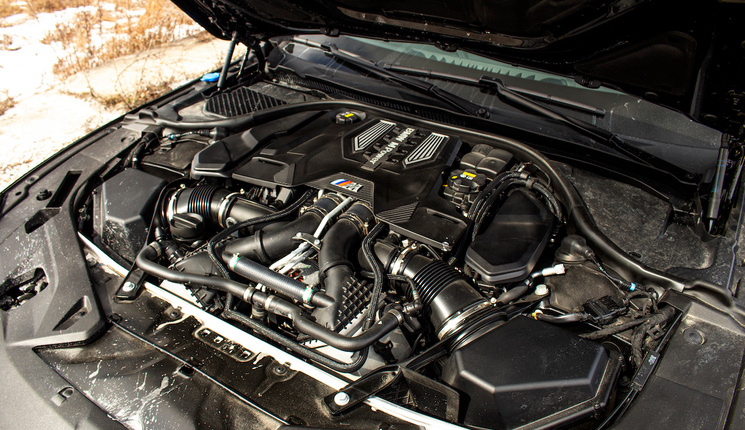 
In M8 form, the Gran Coupé gets the same mechanical recipe as its coupe and ragtop siblings. The twin-turbocharged 4.4-liter V8 – sourced from the M850i – was cranked up to 600 horsepower (from 525) and 553 lb-ft of torque. It’s still mated to the same excellent eight-speed automatic transmission.

Competition package (as tested) brings that horsepower figure up to 617. The kit, which sells for a whopping $10,000, also adds model-specific forged wheels (not featured here due to installed winter tires), a louder exhaust, as well as tweaks to its suspension.

All M8s, Competition or not, come standard with BMW’s latest xDrive all-wheel drive technology, which can disengage its front axle to transform the car into a real rear-wheel-driven machine.

The results of this hardware are nothing short of mind-blowing. Even if the M8 Gran Coupé is a big, girthy sedan with its 4,480-lb curb weight, it’ll still accelerate from 0-100 km/h in a blistering 3.3 seconds and carry on to a manufacturer-claimed 305 km/h top-speed.

This puts the M8 GC neck to neck with other fast German sedans such as the Audi RS7 Sportback, Mercedes-AMG GT 4 Door and Porsche Panamera Turbo. However, pricing for the BMW kicks off lower than a comparable Mercedes-AMG or Porsche at $148,000 before options. Heck, even in this Competition spec, the M8 Gran Coupé is a bargain next to a similarly equipped Panamera Turbo. 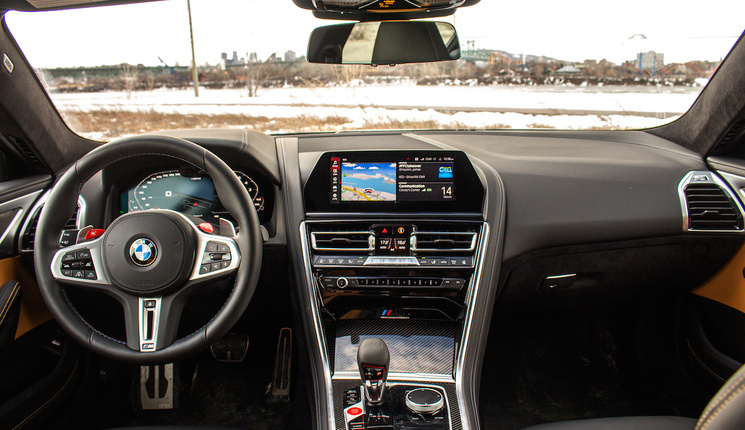 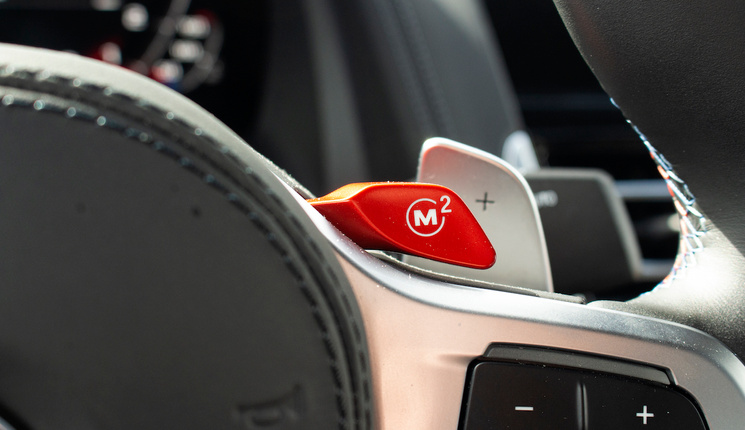 
While some have accused the new BMW 8 Series’ styling to be too sober, I’m going to come out say that it’s precisely this underrated demeanor that makes it a much more interesting beast. The M8’s looks, especially in this stretched four-door attire, are definitely an acquired taste. And while it’s true that its interior doesn’t wow you with a fancy presentation like a Mercedes or a Porsche, once you’re strapped inside the thing, it’s all rather plush and impeccably well put together.

The M8’s cabin is covered in rich, smooth textures. There’s suede covering the glove compartment as well as the sides of the center console. Those speaker grilles are composed of actual aluminium, and the M sports seats not only look rather dashing in this Midrand Beige two-tone hue, but they’re also always highly effective for long distance cruising and performance driving.

In its default setting, the M8 is smooth, impeccably quiet and docile around town. The large V8 purrs silently in the background as the automatic gearbox makes sure to stay in the higher gears in an attempt to save fuel. The M8 however fails at being frugal. During my drive, I could barely keep it below 14L/100 km.

The M8 allows you to adjust every aspect of its performance to the dot. While overwhelming at first, you quickly become at ease with the multiple layers of menus and buttons that’ll eventually grant you your favorite setting. Like in the M5, X3 and X5 M, two red M buttons were installed on the steering wheel for preprogrammed tuning. In my case, X1 was an all-wheel drive highway cruiser, while X2 was a rear-wheel driven track machine. 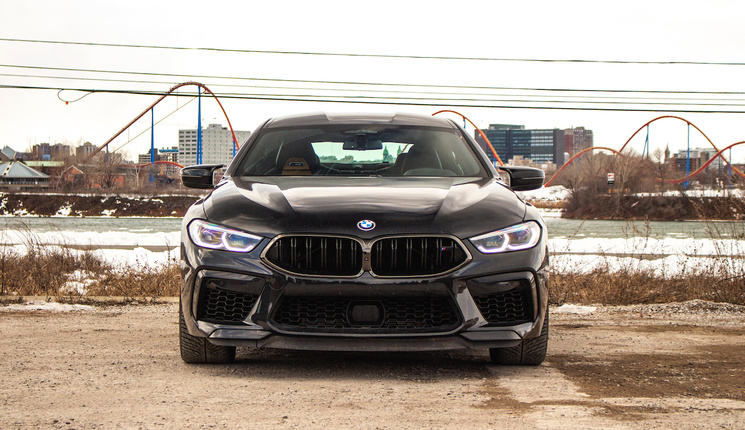 I once pushed an M8 coupe during a warm summer track day event during its initial launch in Palm Springs. While it’s a highly capable machine on a closed circuit, I’m convinced the M8 is better at home out here on the open road. Even in its most aggressive setting, the car remains highly easy to live with. The performance is downright effortless, to the point where doubling the legal speed limit becomes a routine. Let’s just say you can quickly lose your licence in this thing.

Smash the throttle in any gear in an M8, and the rush of power is intoxicating, catapulting this behemoth to near warp speeds within milliseconds. If your main goal is to quickly cover territories, this the land rocket you need. It’s the kind of super sedan that’s best enjoyed on Germany’s Autobahn, not on Montreal’s frozen early March tarmac.

But it doesn’t mean the M8 is all go and no finesse. Yes, it’s a heavy car, and it’s nowhere near as agile as say an M2 or even an M5, but the M8 can still dance. Its steering is quick to react and well weighted, while its massive brakes will quickly bring you back to reality in case you’ve dazed off in illegal high-speed cruising.

In the corners, the M8 feels smaller and lighter than it is, allowing you to place it precisely where you want it. The level of precision is razor-sharp. In rear-wheel drive mode, it’ll even wiggle its tail upon strong throttle inputs, but never to the point to scare its driver. It’s a big friendly giant, this, one that’ll happily humiliate a Nissan GT-R as a morning snack.

Highly sophisticated, immensely comfortable and ridiculously fast, the M8 Competition Gran Coupé is the big bruiser of high-speed super sedans. It’s the kind of four-door grand-tourer only BMW’s M division could have developed.