Offered in wide range of variations and harvesting near premium levels of quality, it’s hard to argue against Mazda’s award-winning compact.

Join the Conversation (0)
Since its introduction in the early 2000’s, the Mazda3 has more than once shook the cages of the compact status quo. In a world where beige Corollas and underpowered Civics ruled the segment, Mazda would set the pace as the trendy, edgy, budget-minded sport compact car.

But now, the entire game has changed. Compact cars aren’t selling like they once did. People prefer SUVs and crossovers now, and with luxury car brands like Audi, BMW and Mercedes-Benz grabbing small car sales, mainstream compact sedans and hatchbacks – once among the industry’s most lucrative segment – are taking a serious beating.

To adapt to this new reality, Mazda takes the mainstream compact car rulebook and upends it. This new Mazda3 is all grown-up, a fantastic value, offered in a wide variety of trim levels and remains the more interesting alternative for driving enthusiasts.

Very much like a “Choose Your Own Adventure” story, consumers are free to opt for the Mazda3 that suits their needs and their budget. Mind you, offering two distinct body styles, in this case a sedan or a hatchback, has always been a Mazda3 promise. Except this time around, consumers can choose from a wider variety of engines, transmissions and trim levels than ever before.

The model you see here is a GT with front-wheel-drive, the top-flight trim level for the Mazda3 sedan before ticking off the all-wheel-drive option, a new feature for this generation 3 that further gives it an edge over its main rivals. As I write this, no other compact sedan except for the Subaru Impreza currently offers this option. 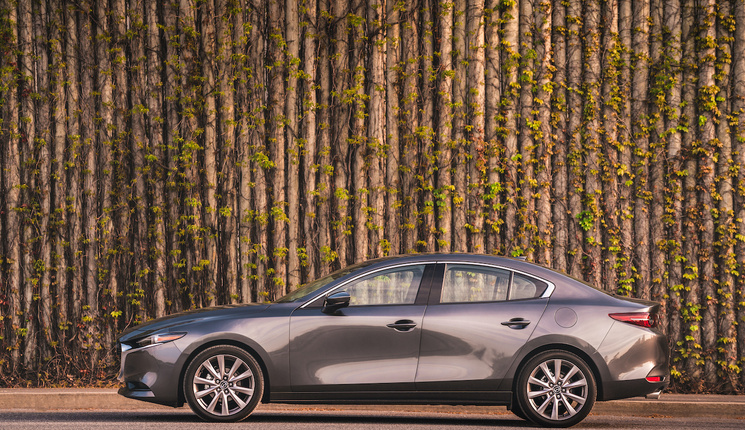 Both engines can be paired to either a six-speed automatic transmission (as tested) or a slick-shifting six-speed manual unit, which is good news for enthusiasts. Sadly, the stick and three pedals aren’t offered with all-wheel drive. At least Mazda remains one of the last carmakers alive to put this much priority on the manual transmission, so kudos to that.

The Mazda3 is a car I have personally always had a soft spot for, partly because of its driving dynamics, but also for its design, and this generation car carries on in the same direction. Mazda puts more effort in design than many other carmakers, and this Mazda3 is arguably the prettiest of them all. Some prefer the hatchback, but I have always had a thing for the sedan.

While, yes, it’s not as practical as its five-door counterpart, the Mazda3 sedan has a grown-up premium look and feel that gives a Mercedes-Benz A-Class a run for its money. It looks like a smaller version of a Mazda 6, and at times, you could easily mistake it for an Audi.

And it’s the same story inside, where Mazda’s KODO-inspired design carries over through a clean, modern and upscale theme. Material quality is above average here and build quality remains something Japanese carmakers master.

Mazda continues to march forward with a BMW-like center console-mounted rotary dial to operate the infotainment system, and in its defense, it remains one of the simplest ways to operate the interface while driving.

This new Mazda3 houses an updated version of the system, which presents itself through a clean, attractive design. Overall ergonomics remain spot on, however some added functionalities do prove a tad complicated and ruin the otherwise simplicity of the user experience. 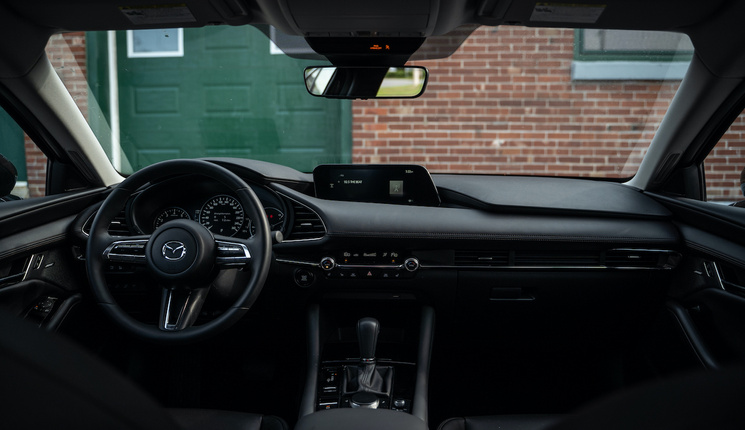 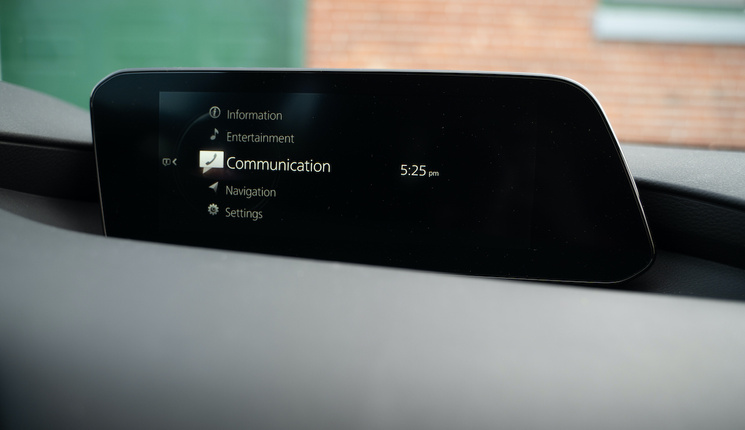 Another area where this system kind of misses the mark is its inability to change XM radio stations without first adding them in your favorites. And Mazda’s safety technology, like the emergency braking system and rear parking alert, can prove overwhelming and intrusive at times.

Power from the four-cylinder engine is ample and rather peppy. It loves to rev and the transmission does a bang-up job of adapting to your driving style. It’ll even downshifts on its own when entering a corner in sport mode, something I’ve only seen in a much more expensive Porsche Macan. Makes you want to push this little rascal a little harder each time.

However, the 2.5-litre is absent of actual low-end torque like what you get from behind the wheel of turbocharged rivals. One needs to constantly rev the bejesus out of this engine to extract some power. It also never sounds particularly exciting, nor does it have any kind of endearing character like, for instance, Toyota’s 2.0-litre unit in the Corolla SE.

General ride quality in a Mazda3 is good, on par even with some premium small cars like an Acura ILX or even an Audi A3. But this Mazda3 feels cramped no matter where you’re sitting. Part of that has to do with the way the windshield is raked and how thick the A pillars are. Not only do they dwarf the cabin, they considerably obstruct forward visibility.

Out the rear, it’s sadly still not the roomiest place to spend some time, which has always been a Mazda3 issue. Tall passenger might easily find their knees scrubbing the front backrests, while head clearance can prove problematic for human beings with tall torsos.

Finally, cargo capacity isn’t this sedan’s tour de force. At 345 litres, the good-looking Mazda3 sadly takes a back seat to segment leaders like the Honda Civic sedan (427 litres) or the Nissan Sentra (404 litres). 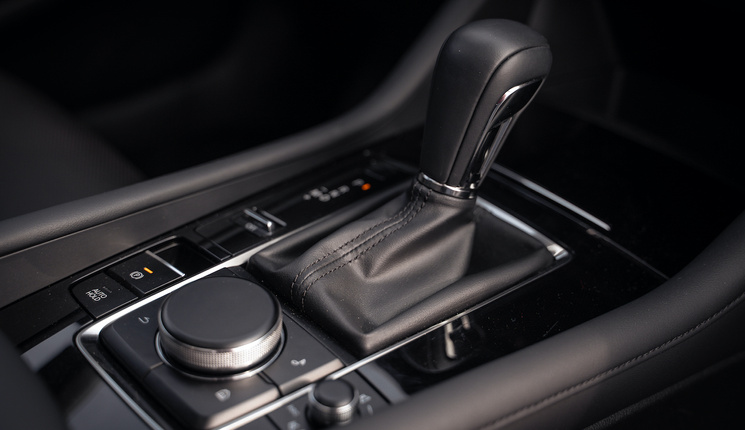 But those are all small prices to pay for a compact sedan that otherwise steps up over its rivals in overall driving dynamics and good-old fashion bang for the buck. With a starting price of $19,865 and never really climbing past the $35,000 mark fully loaded, you’re always making a good deal when buying a Mazda3.

Factor in a fuel-efficient drivetrain (combined average of 7.2L/100 km during out drive) and a proven reliability record, and Mazda’s entry level car somehow manages to be both a budget-minded daily driver a spirited premium-feeling driver’s car all at once. In other words, it’s all the car the average consumer could possibly need.