You can feel a touch of pride in the heritage behind this brand.

Join the Conversation (0)
Jeep didn't invent four-wheel drive, but they offered it long before it became popular.

Jeep's Cherokee nameplate dates back to the mid-1970s and has graced five different platforms.

The current one was launched as a mid-size-ish SUV in 2014 and updated this year, with fresh front end styling and an available 2.0-litre turbo four-pot engine, which my tester had.

Like most modern Chrysler products, the interior is nicely finished in high-quality materials. The gauges are clear and bright, and the dash top is matte black to reduce reflections. The Nappa leather upholstery is also black, but the interior didn't feel as sombre as you might expect. The vented and heated seats help you stay comfy year-round.

As usual, it will take some time to figure out what all the screens, buttons and swipes do. There are all sorts of plugs, sockets and connectors to handle the electronics that are part of today's driving experience. One thing that unfortunately caught my eye was that to get to SatNav from any other screen requires two touches, one to access the SatNav page, and a second to get to the map. The map should come up right away. 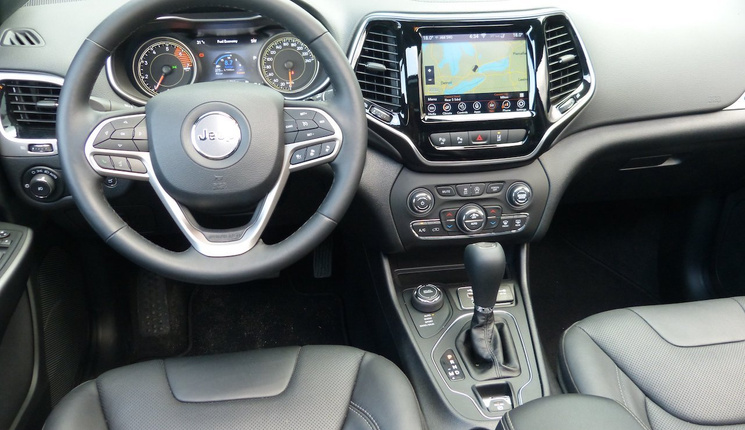 The screen is nicely integrated into the dash, not looking like it was a grafted-on afterthought.

Cherokee fails both the side-view mirror adjustment test (you can't see what's coming up on your left side), and the ignition-off/lights-off test (we don't need more things beeping at us).

Cherokee handily seats five, although the middle rear seat rider will have to fight for footroom. Sizeable and nicely finished cargo space, especially with the split-folding rear seat down. The button for the powered liftgate is on the side of the opening rather than on the liftgate itself, making it more accessible for everybody, notably the vertically-disadvantaged.

Still, if you can afford a fifty-grand truck, you can probably afford an extra couple bucks a week for fuel. 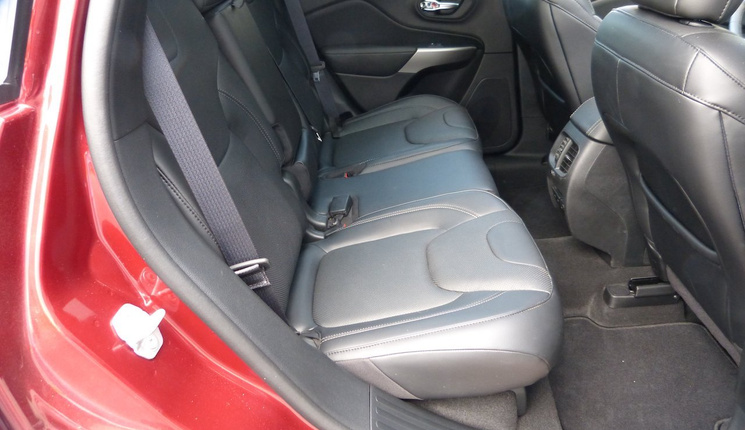 And you start with an extra grand in your jeans...

Thanks to the nine-speed automatic transmission, the turbo engine if driven gently will be below three grand most of the time, and it's reasonably quiet at that point. A manual shift option - pull the lever towards you - is correct; back for upshifts, forward for downshifts. You can also use the steering wheel shift paddles. Or just let it shift for itself, which it does well.

Ride quality is fine, and the truck handles decently by class standards.

As usual, I shut off all the nanny systems. They were especially annoying here because the 401 near my place is under construction, and the lane-keeping system was completely flummoxed by the rapidly-changing lane markings and pavement surfaces.

There was an issue with shuddering brakes on my truck. At first, I thought it was just the rough pavement, but it happened on smooth pavement too. Eventually it seemed to fix itself. Would that all mechanical issues could do that...

The sun shade on the optional full-length translucent sun/moonroof (does anybody know the difference??) can be rolled all the way back to let in more light; the roof itself can tilt or roll back about half-way. Personally, I'd save the two grand this costs. 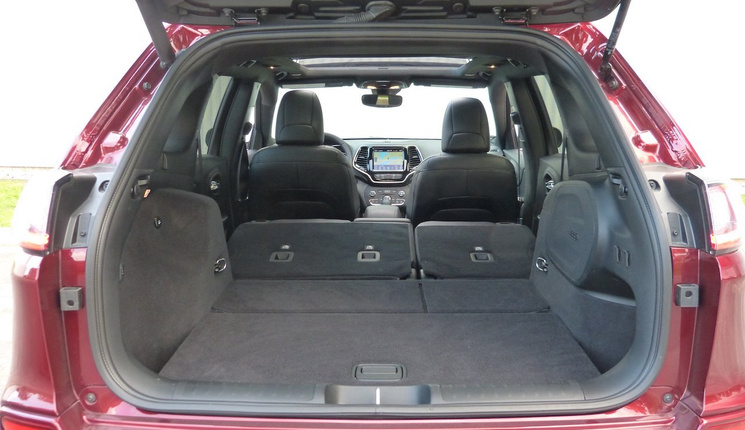 SUVs are often nothing more than suburban shopping carts. But Cherokee has a serious off-road heritage. To this end it offers Hill Descent Control to ease you down tricky slopes, and an "Active Drive 1'' system that lets the truck run as a front-driver until it senses the need for rear-wheel traction, at which point the rears automatically come to the party. The theory here is traction when necessary, better fuel consumption otherwise.

This comes with "Selec-Terrain'' whereby a twist of a knob lets you select settings for Snow, Sand/Mud and Sport, to tailor various mechanical systems to suit.

"Sport'' actually shuts off the directional stability control system on the assumption that you're going to be booting it fairly hard. You can manually switch this back on and still stay in Sport, which is probably the prudent thing to do. The default "Auto'' setting will handle most anything you're likely to toss at it.

One cool tidbit in modern Jeeps is a small logo in the lower right corner of the windshield, depicting a silhouette of the original WW2 army Jeep, considered by many to be the vehicle that won that war.

Jeeps have come a long way, notably in creature comforts, since then.

But driving one, you can feel a touch of pride in the heritage behind this brand.

And get a capable, comfortable truck in the bargain. 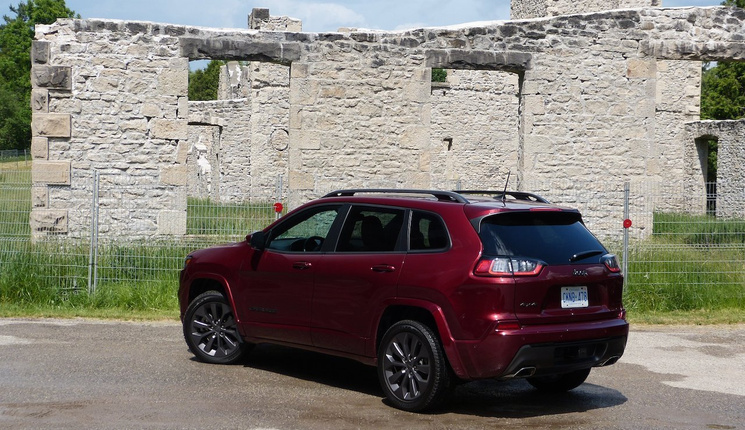