BMW does large, uber-powerful sedans very well, and have done so for a long time now. One of the latest from them isn’t actually a sedan, or at least they don’t want you to call it one. It’s the M850i Gran Coupé. But it’s not a coupe either. So what is it?

For those that are slightly confused, Gran Coupé (GC) is BMW speak for a sedan with a fastback roofline giving it that sporty coupe-like look without sacrificing the practicality that four doors provide. It’s not the first to do this and certainly won’t be the last but there's a lot to like here.

I drove the 2-door M850i Coupé last year and it’s remarkable is how similar they feel despite the GC being nearly a foot longer and close to 300 lbs heavier. Most of that length has been added to the wheelbase which is 200 mm longer than that of the coupe. 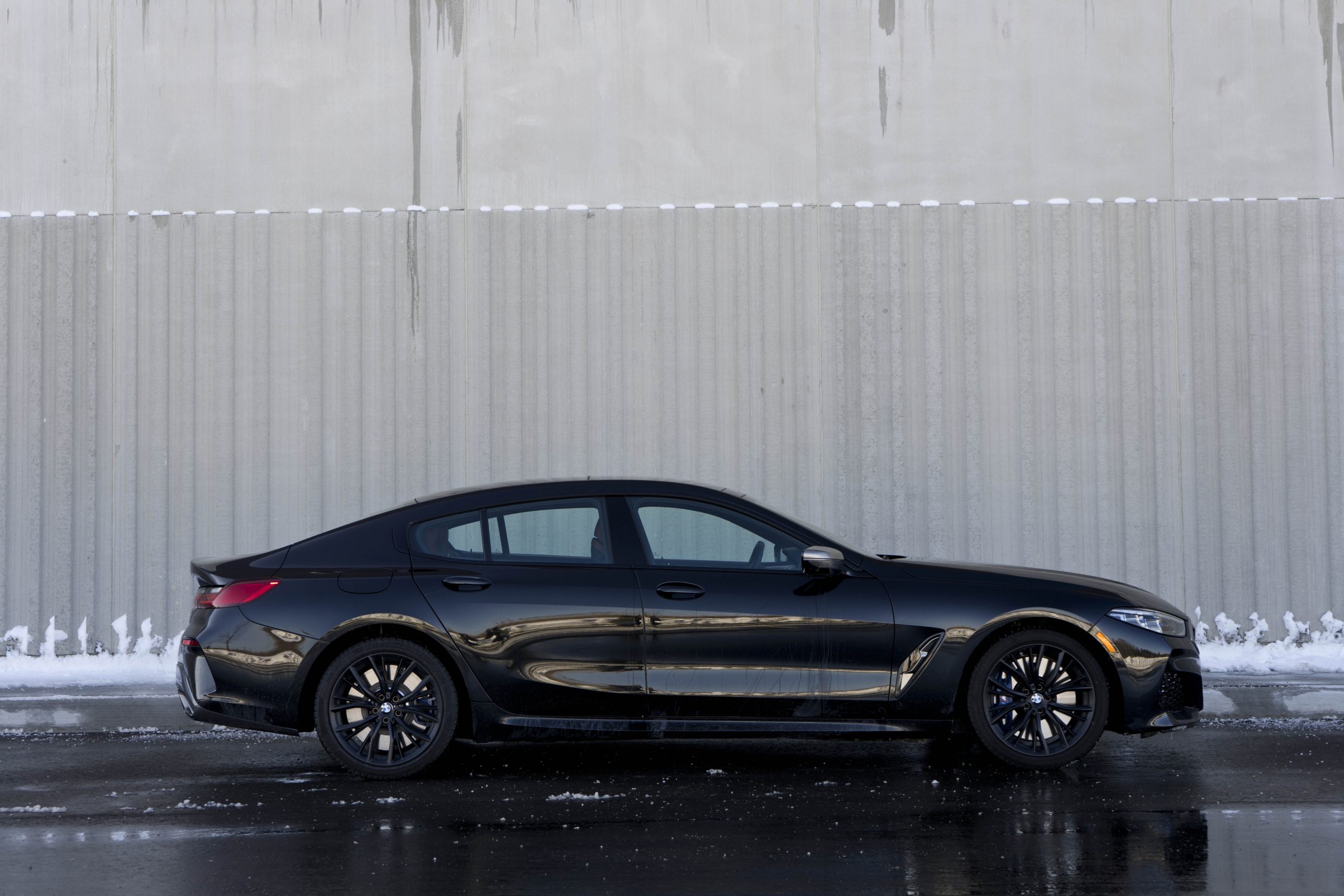 This stretch translates to a rear seat area that’s downright luxurious. Open a rear door and you'll get treated to a mixture of sumptuous leather, dark wood, and tasteful ambient lighting. The pinched roofline might make contact with the noggin of taller folks getting in but once seated there’s knee room for days and elbow room for weeks. Headroom, unsurprisingly, is at a premium and dual moonroofs don’t help matters, but thoughtful cutouts overhead make the best of the available space. At 6-feet tall I found it to be just fine.

Where the 2-door version could barely fit a small child in the back, the GC will let your friends come along for a cross-country adventure. And while BMW officially lists this as a five-passenger vehicle, that 5th person, should you decide to bring one, would likely be quite uncomfortable thanks to a large central hump that houses the rear climate controls and vents. 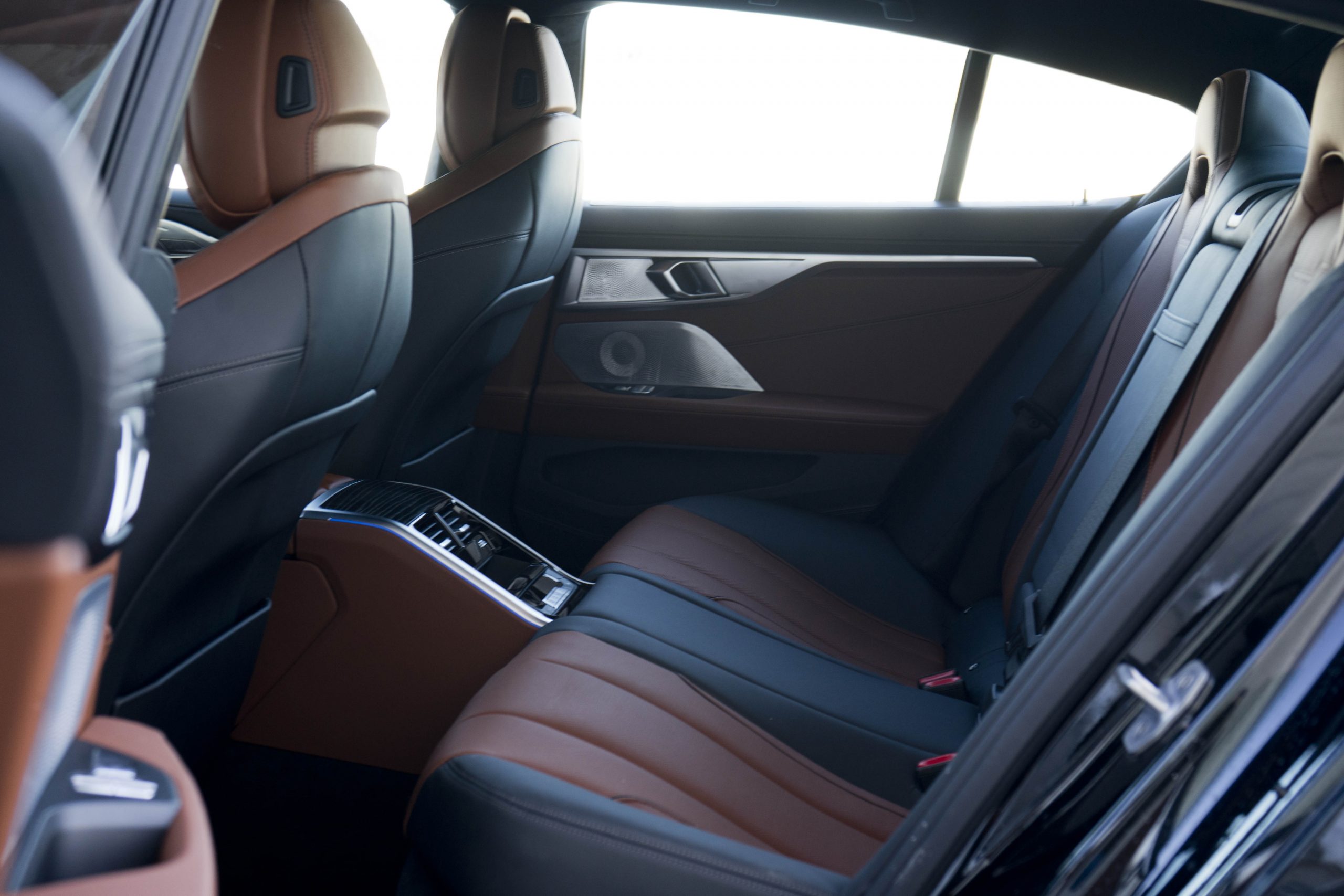 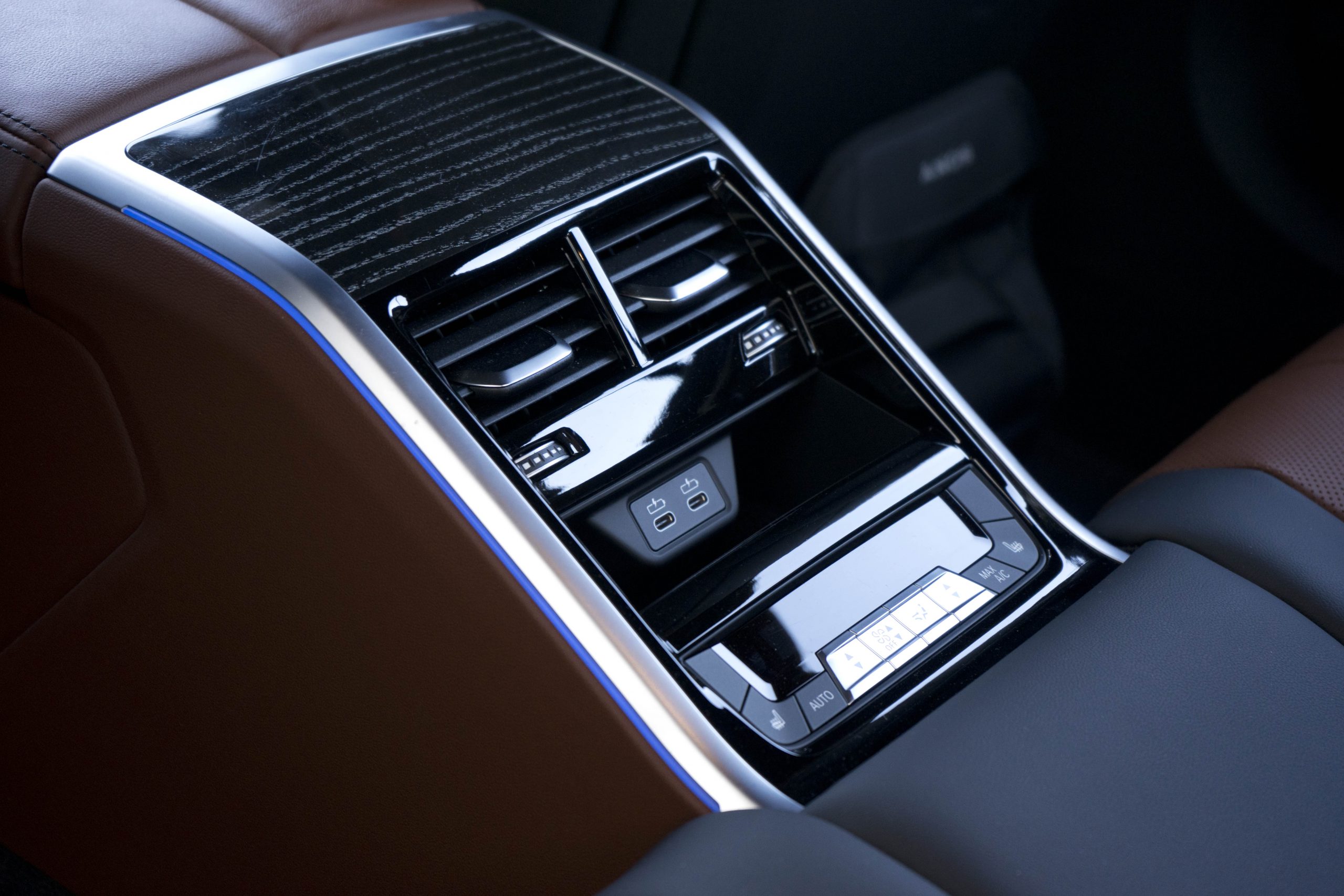 Despites the 8-Series’ ranking on top of the BMW pecking order, it should be noted that this is not a car best experienced from the back like a 7-Series or a Mercedes S-Class. The M850i GC adds a large dollop of sport in addition to all its luxury accouterments. You’ll feel more of the road in this car than you will in the limousine-like 7-Series and that also means much less body roll in the corners and a focused and dynamic driving experience.

Like its 2-door sibling, the GC is available with one engine choice (in Canada) and it’s a good one. The 4.4-liter twin-turbocharged V8 under that long sculpted hood is the latest version of BMW’s sublime 8-cylinder. It pumps out 523 hp and a staggering 553 lb-ft of torque at a sleepy 1800 rpm. Power is routed through an 8-speed automatic and gets sent to all four wheels enabling maximum traction off the line.

Activate the standard launch control from a stop and hold on as this nearly 5000 lb sedan, err…Gran Coupé, sprints to 100 km/h in just 3.7 seconds. The transmission snaps off shifts so quickly that there is virtually no power interruption, just non-stop thrust. It’s so powerful that it makes me wonder why there’s an even faster one in M8 form with its gargantuan 617 hp. 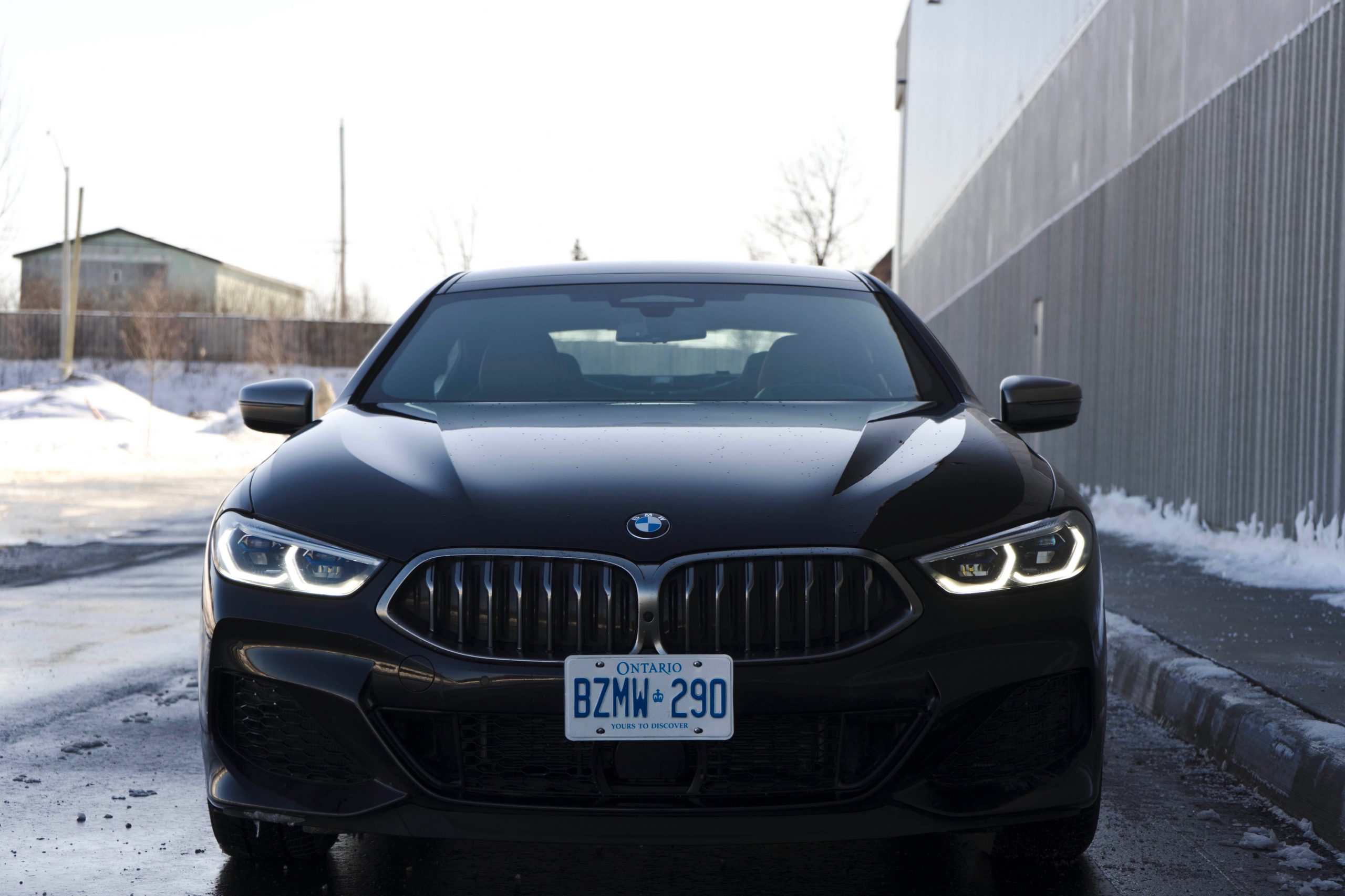 As nice as the back seats are this is a car best experienced from the driver's perspective. The agility and grip it possesses is shocking, more so when accounting for its sheer mass. Integral Active Steering is standard here and will automatically steer the rear wheels allowing this long and wide car a nimbleness you’d expect from a 3 series. At low speeds where you’d think it to be cumbersome, it’s the exact opposite.

Like every good sports sedan this one shrinks around you the faster you drive it. In Sport and Sport Plus driving modes, everything firms up, the exhaust gets louder and the entire car feels like it hunkers down ready to blitz down your favourite back road. Thankfully, even in its stiffest setting, the ride is compliant and forgiving. And it’s only under heavy-braking that you feel the weight through a slightly spongy pedal. Most will never notice.

It’s unexpectedly good in the corners and that’s probably the biggest takeaway for me here. Something this big has no business being called sporty but the 8-Series is.

The coupe is also just as good but not near as practical which makes the GC a win-win for the customer with a pile of cash to spend on a sports car with some visual flair and usable back seats.

While the 2-door M850i looks great with that classic sports car silhouette the Gran Coupé looks even better to these eyes. I might be slightly biased towards sedans, and I also think practicality is sexy, but the gracefully arcing roofline ending with that duck-tail trunk lid is a striking feature. According to BMW, the metalwork around the rear window had to be hand done to maintain its subtle flying buttress shape. So there’s even a bit of old-school craftsmanship here. 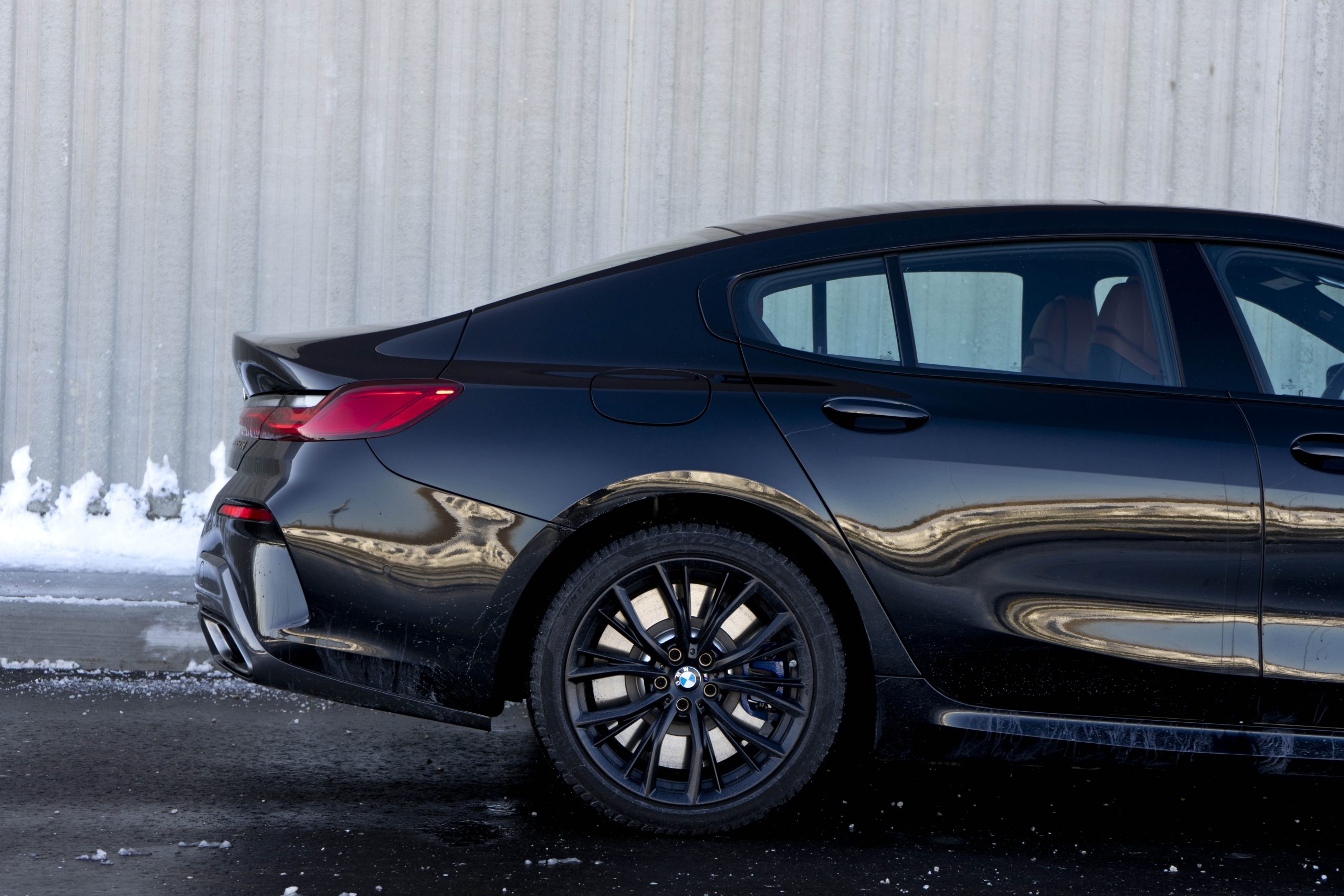 This is one of BMW’s best-looking products second only to the discontinued 6-series Gran Coupé that in my opinion was even more beautiful.

BMW's traditionally business-like cabins might be considered boring to some but they are always straightforward, ergonomically sound, and user-friendly. There's no need to dive through a 1000+ page owner’s manual to get familiar with the controls.

The GC’s cabin is nearly identical to the one in the coupe and you get the same fine materials and attention to detail with nearly every touchpoint being either leather, wood, or metal. And just like the coupe, you get awesome seats and BMW’s traditionally excellent driving position. 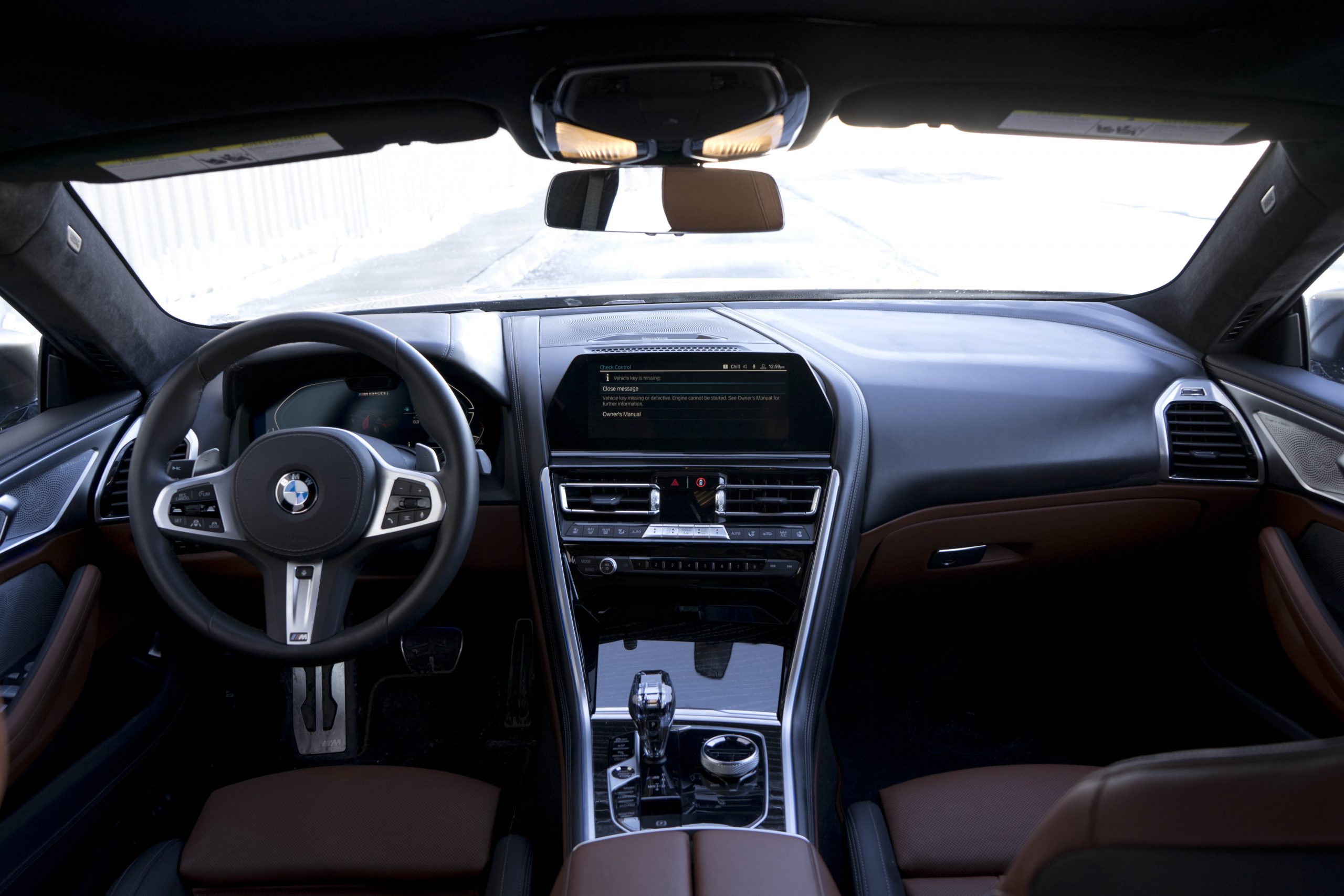 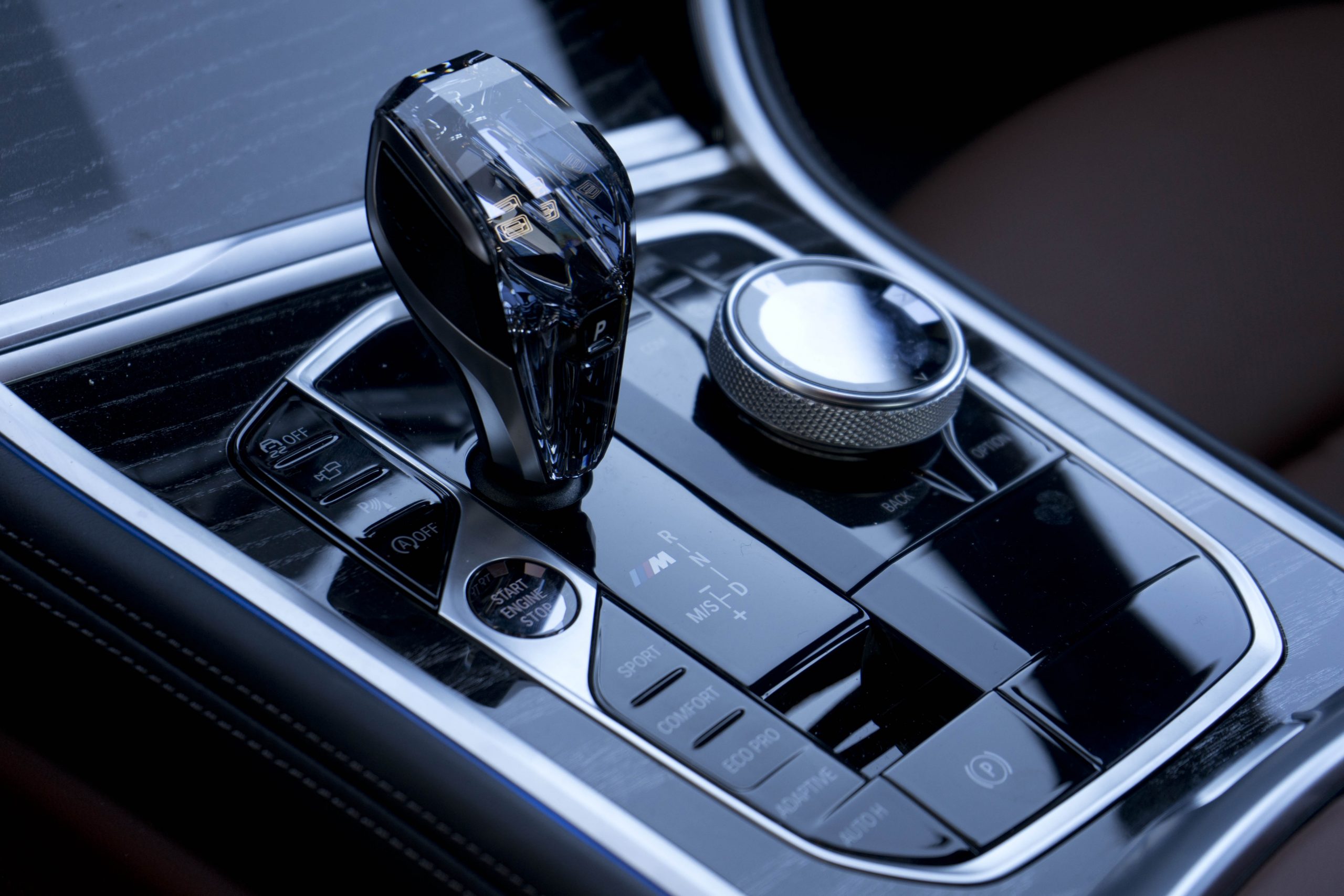 My tester had a few extras tacked on like the Executive package which adds ventilated front seats and glass pieces to the shifter and centre console. It was also outfitted with Driving assistant professional allowing for hands-free semi-autonomous driving on limited-access highways.

A question still remains, though: why would anyone get this over the even more practical 7-Series or the cheaper 5-Series?

While both of those are excellent cars in their own right they do tend to blend into the background. The 8-Series GC will get you noticed whether you want it to or not and that’s an important distinction. As good as the 5 and 7 are, the GC feels more special. It takes all the best bits of BMW’s current lineup and blends it into one cohesive package.

The M850i coupe already felt special but the added practicality that those extra two doors provide makes the M850i Gran Coupé an eminently more usable vehicle and my choice in the 8-Series lineup. Just don’t call it a sedan.