Toyota 4Runner: A mid-size truck that fits all

Join the Conversation (0)
You may have seen Anne Crombie’s work. The 27-year-old designer and installer has been adding extra sparkle to the city for years as part of her family’s business, which specializes in creating and mounting largescale seasonal displays at malls, commercial and residential buildings.

In late 2020, she and her team were busy decorating area malls and the Distillery District to spread some holiday cheer. Crombie knew she would need, like Santa, a large sleigh – or in this case a vehicle – to carry her load of trees, ladders, lights and,“Covid didn’t cancel Christmas,” said Crombie, who purchased her 4Runner from Toyota on the Park in Leaside in December. “We were unexpectedly slammed with requests for outdoor decorations.

“We had been commissioned to decorate the Upper Canada Mall in Newmarket and were buying a bunch of new decorations. We found a whole bunch of great stuff in that one trip, and when we were loading up my former Subaru Forester it just didn’t fit. That’s when I really knew it was time for a new vehicle. I needed a bigger interior, but I also realized that whatever car I bought it would have also need to fit an eight-foot ladder because that would just make life so much easier.

“I found the 4Runner and purchased it on Dec. 21 — just in time to fulfill our last rush of orders before the holidays. I could fit a ladder inside easily, while still being able to go into any underground parking lot. I can actually fit two nine-foot trees in this car. 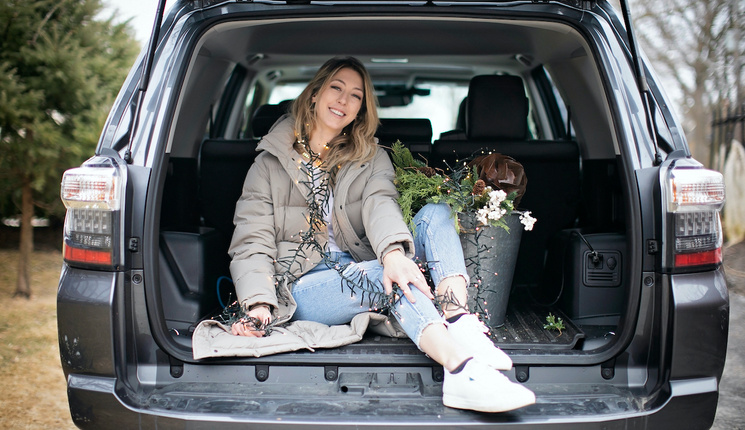 “I head up north to Muskoka frequently, so having a car that’s also able to take dirt roads and winter weather craziness was important. I really love the back window on the trunk — how it can open and close. I have two dogs so that helps with keeping them in the trunk while giving them some fresh air. I’ve also never had a vehicle that could switch from four-wheel-drive to two. It’s something that I really like.

“I recently used the 4Runner to set up a larger spring installation at Upper Canada Mall as well as some smaller potted decorations on King Street. We have a few more outdoor setups scheduled in the coming weeks that will make for fun photo opportunities to brighten everyone’s mood and get them ready for warmer weather.” 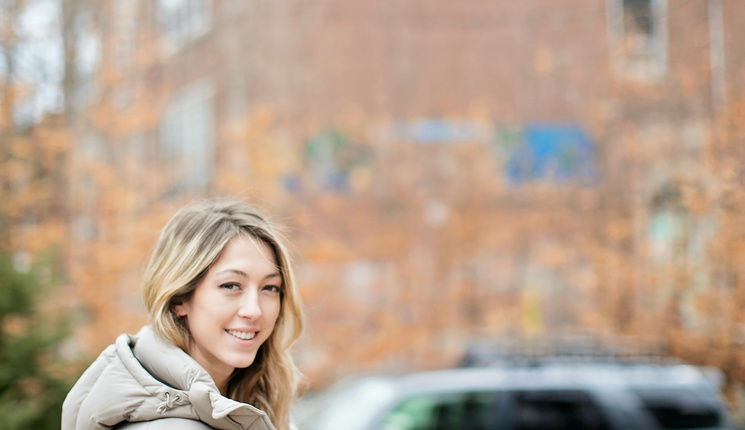 
With an exterior that reads, “I’m ready for anything,” the sturdy-yet-sleek 2021 five-passenger Venture was clearly built for a modern explorer. The model boasts 17-inch Toyota Racing Development wheels, a TRD-inspired front bumper, Predator side steps, a roof spoiler, shark fin antenna and a Yakima roof basket. The vehicle also comes equipped with Premium Audio with Remote, aimed at keeping the driver connected even when adventure calls beyond the beaten path.


Ready as always for whatever the road brings, the 4Runner boasts Toyota Safety Sense P, an advanced active safety package. This suite of dynamic capabilities is designed to enhance protection and support driver awareness and decision-making under a variety of circumstances. Included in the mix are automatic high beams, radar cruise control, a lane departure alert system and a pre-collision system which may help to detect pedestrians and to prevent or mitigate a collision.


You’ve got things to do while driving, but you’ve got to keep your eyes on the road. With the Toyota 4Runner offering Apple CarPlay and Android Auto compatibility, you can go ahead and play your favourite music, use maps to find the best route, or call up a friend to ask for directions all while using the steering wheel controls, simple voice commands or the push of an easy-to-find touch target on the vehicle’s large touchscreen.