Join the Conversation (1)
It’s been thirteen years since the Type S badge, last seen on the Acura TL, was discontinued. With that came the end of a legacy Acura had built since its North American inception in 1987.

The late 80s was a time when the Japanese were known for building reliable and frugal compact cars, saving many of their higher-end offerings for their home market. If you wanted power, good road manners, and executive-class luxury in one package, you’d likely be perusing the wares of a German car dealer.

That changed with the arrival of the Mercedes-beating Lexus LS 400 and the Acura Legend. All of a sudden Japan had given North American consumers competitive options with all the latest technology and little of the reliability concerns and lofty repair bills typically associated with European cars.

It didn’t take long for the Legend to become a success and for the Acura name to become commonplace in Canada and the US, even elevating the perception of its parent company, Honda.

Many moons ago, a friend of mine picked up a used second-generation Legend coupe—his dream car and it wasn’t hard to see why. They looked good, came exclusively with V6 power, and were loaded with all the bells and whistles expected of the era. It was comfortable, went quickly when you wanted it to, and sounded great, all at a price that undercut the competition. That Legend was the first place my mind travelled to after just a short stint in the new Acura TLX Type S. 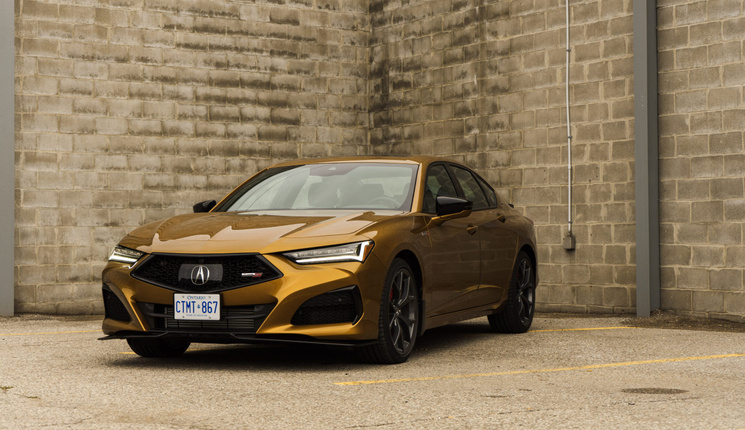 Earlier this year I had a chance to drive the TLX A-Spec and I was pleasantly surprised. Rather than a soft and uninspiring lump, the A-Spec impressed with great driving dynamics and a comfortable, well-tailored cabin. It was the sport sedan that Acura sorely needed and it certainly delivered. More exciting was the prospect of more power just around the corner via an all-new turbocharged V6 and with it the revival of a storied badge.

Sure enough, the biggest difference between the regular TLX and the Type-S is the engine. The compact 3.0-L single-turbo V6 uses forged internals and 6-bolt main caps for durability. The single, twin-scroll turbo perched right on top and clearly visible when you open the hood pumps 15.1 psi of pressurized air into the cylinders to produce a very healthy 355 hp and 354 lb-ft of torque. Honda upgraded the 10-speed automatic transmission with stronger internals and a new torque converter to handle the extra grunt. There’s even an auxiliary transmission cooler to ensure nothing gets too hot.

Other upgrades include a 13-per cent stiffer structure made possible by bracing under the hood, and an X-brace behind the rear seats. Spring rates in the rear are up by 40 per cent and beefier stabilizer bars are utilized to minimize roll.

Braking gets an upgrade too with big red 4-piston Brembo brake calipers clamping down on larger 14.3-inch rotors up front.

Acura has also retuned the steering to make it quicker and they’ve added a new “Sport plus” driving mode.

My tester came with the lighter weight 20-inch forged wheels standard on every Type S sold here but not in the US where it’s an extra. Score one for the north. 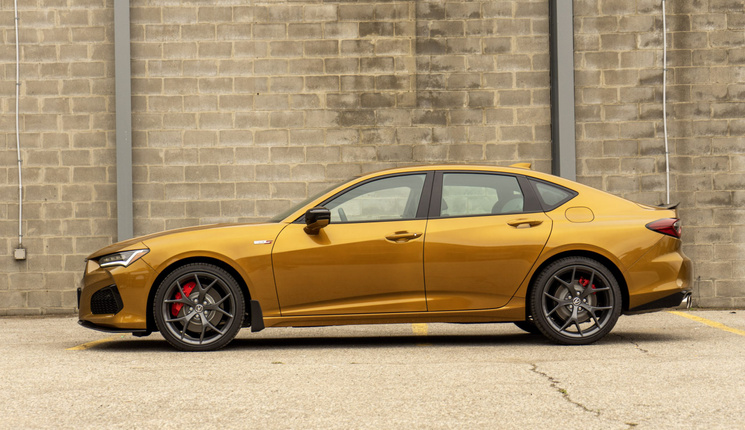 Safe to say, a Type S is a big upgrade over the A-Spec and it feels it behind the wheel.

The quicker steering is the first thing you’re going to notice, with its sharp and responsive turn-in, although it lacks any real feedback, a common theme amongst electric power steering racks.

The engine while not much of a revver, produces gobfuls of torque anywhere above 2000 rpm. It sounds great if you’re outside but not as great inside thanks mainly to the fake engine noise being pumped in through the speakers. No matter, the V6 displays almost no turbo lag and works in concert with the 10-speed to make this one very rapid sedan.

It’s always poised too, with the double-wishbone front suspension providing excellent control and stability on any road surface or through any corner.

With the large drive mode selector in the middle of the dashboard, you can go from Comfort to Normal to Sport, and now Sport plus. Each mode brings an anime style graphic on the centre screen and an instantly noticeable character change. 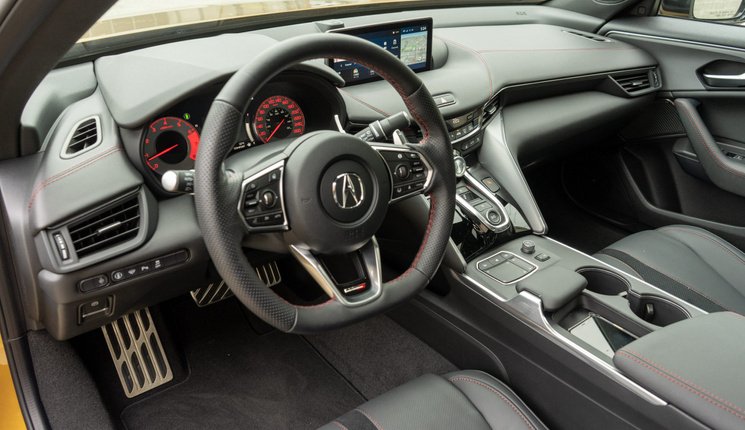 Comfort loosens up the adaptive dampers and delivers a ride that’s supremely comfortable but still controlled. Even in its firmest settings the Type S is never unduly harsh, yet still retains all the dynamic ability you’d expect from a sedan that plays in the same sandbox as a BMW M340i.

“Sport plus” gives you the sharpest throttle response and the quickest shifts and feels like the TLX has gone into combat mode.

An M340i is slightly sharper and it’s hard to beat that silken inline-6 but the TLX is a shot aimed directly at its Bavarian heart.

I never once felt that it was driving the front wheels, even though this is an all-wheel drive car based on a front wheel drive platform. The Super handling all-wheel drive system now in its fourth generation is largely to thank. It can send up to 70 percent of engine power to the rear and being a true torque-vectoring system up to 100 per cent of that can be shuffled to either rear-wheel allowing it to perform magic tricks in corners that make you look like you really did something great when it was the car all along. 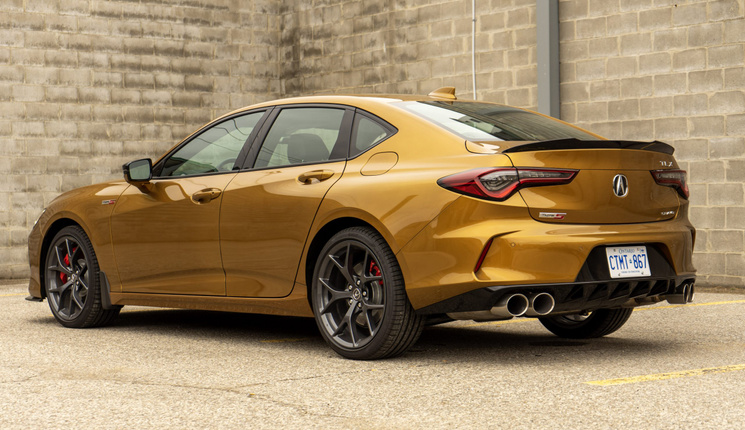 The Acura TLX Type S will boost your confidence behind the wheel much in the same way its German rivals do but with a character all its own. It’s also one of the most comfortable sedans in its class and has the best stereo by far. If you like music, the 17-speaker ELS 3D audio system will blow your mind.

I like the TLX for the same reason I liked my friend’s Acura Legend. It was a luxurious cruiser when you wanted it to be but also an engaging sports sedan when the mood struck.

At $60,000 with everything included, the TLX also undercuts something like that Bimmer by quite a wide margin. It’s a bargain and in the car world today there are very few of those left.

This new Type S represents the return of Acura’s spirit and with more Type S models on the way, it’s only going to grow stronger.