We know winter is officially over around here when we hear the roar of V8s drift up the hill from Kingston Road, a six-lane thoroughfare that invites impromptu drag races between the red lights late at night.

Detroit is well represented on the streets again, now that the Dodge Challenger, Ford Mustang and Chevrolet Camaro have all been reincarnated and looking angry squatting on their fat haunches and meaty tires. The community college kids in their turbocharged Hondas and rear-drive Genesis coupes don’t stand a chance.

Like Chrysler and Ford, Chevrolet was drawing on its glory days when it resurrected the Camaro in 2009. Inspired by the most revered Camaro of them all – the 1969 Camaro SS – the coupe’s retro bodywork was stretched over the Zeta rear-drive platform developed by Holden, GM’s now departed Australian division.

The new Camaro won over old fans, but it was a little rough around the edges – the product of the Frankenstein-like marriage of Aussie engineering and American gumption. When it came time to cobble the sixth-generation Camaro for 2016, GM dropped the Zeta chassis in favour of the Alpha platform shared with the Cadillac ATS sedan. It promised more refinement, but some weren’t buying it for the nap of the carpet.

“It is impractical, loud, gets poor gas mileage, and is a pain if you have more than one passenger,” posted the owner of a 2017 model. “The performance, agility and pure excitement you get while driving makes none of that matter.”

Stung by criticism that the previous Camaro was chunky for a pony car, GM made sure it returned a bit smaller: six centimetres shorter, two cm narrower and riding on a wheelbase trimmed by four cm. The new rear-drive platform was 28 per cent more rigid than the old one and provided some weight reduction, too. The V6 model is 130 kg lighter than the old V6-powered Camaro.

Despite its reliance on the Alpha platform, some 70 per cent of the structural components are unique to the new Camaro. And, once again, coupe and convertible body styles are available. A lot of onlookers don’t immediately register that the new Camaro is different from the old one, given how similar the styling is.

Sitting inside the Camaro feels almost claustrophobic when compared the arch-rival Mustang. The high beltline and low roof conspire to make outward visibility abominable. It prompted one critic to warn owners that it’s preordained that they’ll bump into something sooner or later while reversing.

The cockpit carries on some retro themes of the previous-gen Camaro, though the instrument panel is better sorted out and incorporates some improved tech. Interior quality is a bit hit-or-miss, depending on the trim package. The car’s touchscreen interface works well, but the display is canted downwards and mounted too low in this application. Speaking of applications, Android Auto and Apple CarPlay are standard.

The front seats are more comfortable and supportive than before, but the tiny back seats are strictly for small children, and there’s only two seatbelts, not three. The flat-bottom steering wheel helps, ahem, bigger-boned drivers to slip behind the wheel, while the air-conditioning outlets on the centre console are mounted so low as to be somewhat useless.

To match the Mustang, product planners made sure to offer three distinct powerplants. The base engine is a 275-hp 2.0-litre turbo four-cylinder lifted from the ATS, complete with a robust 295 lb-ft of torque. A 3.6-litre V6 with 335 hp and 284 lb-ft is the upgrade engine in some trims. The SS model’s 6.2-litre engine – which is the Corvette’s small-block V8 – puts out 455 hp and 455 lb-ft of grunt, and features a fuel-sipping cylinder deactivation mode (the V6 does, too).

The turbo four and V6 are both offered with a six-speed manual gearbox and eight-speed automatic transmission. The V8 also gets a six-speed manual, but adds a rev-matching feature, while the heavy-duty 8L90 automatic deals with the big eight’s prodigious output.

The sixth-generation Camaro received a mid-cycle redesign for 2019 that amounted to revised exterior and interior styling, a new-generation MyLink infotainment system and new alloy wheel designs. The high-performance SS swapped out the optional eight-speed automatic in favor of GM’s 10-speed automatic, a transmission that trickled down to V6-powered Camaros in 2020.

We’d be remiss if we didn’t mention the ultra-high performance ZL1 variant that was introduced for 2017, complete with the C7 Corvette’s 6.2-litre supercharged LT4 V8, good for 650 hp and 650 lb-ft of torque. This burly engine is partially responsible for knocking the earth off its axis. 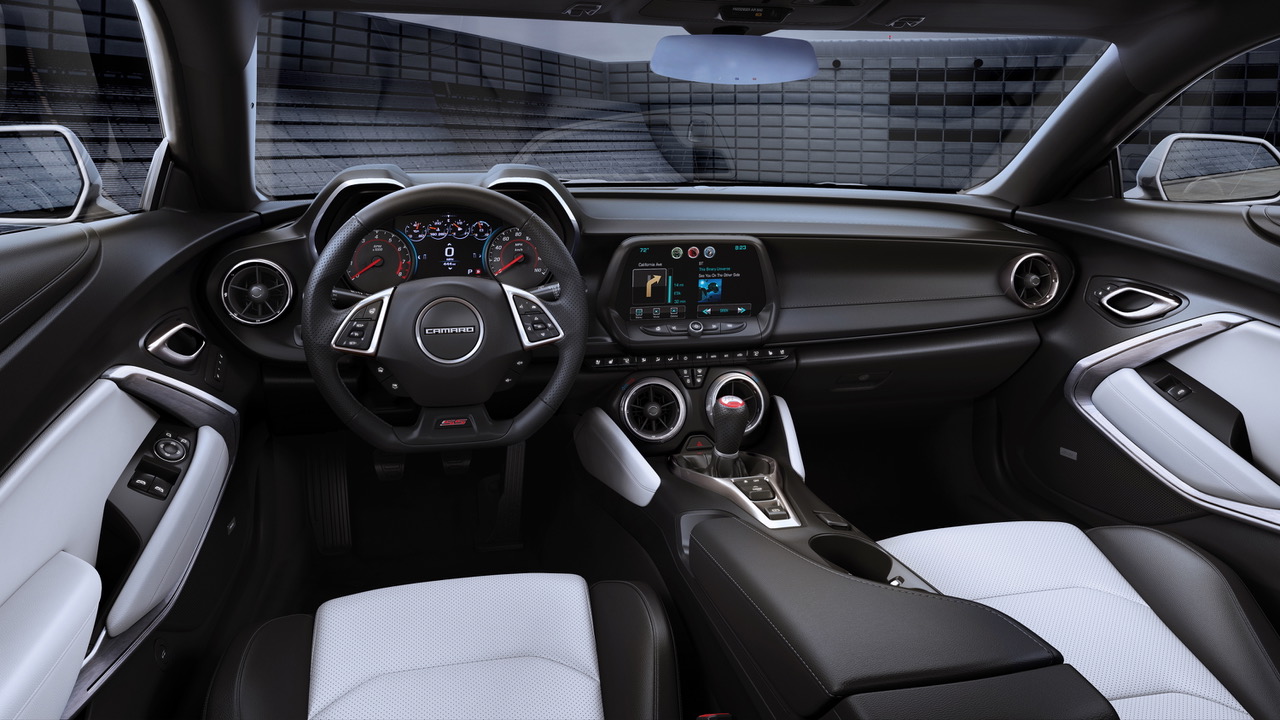 In major magazine testing a 2016 Camaro RS V6 automatic attained 97 km/h in 5.3 seconds, while the turbo four-cylinder model did the deed in just 5.2 seconds – challenging the notion that four-bangers should be mocked. The V8-powered SS can accelerate to highway velocity in 4.0-4.3 seconds, while the supercharged ZL1 cuts the time down to a breathtaking 3.5 seconds.

The switch to the Alpha platform pays dividends for Camaro pilots, with the granite-like structure engendering precise handling and a quality feel. Benefits include a nicely balanced chassis, accurate steering and a compliant ride. It doesn’t beat you up when you need to cover great distances in comfort. And it sticks to the road with a minimum of 0.90 g of lateral acceleration (grip) measured on a skidpad. 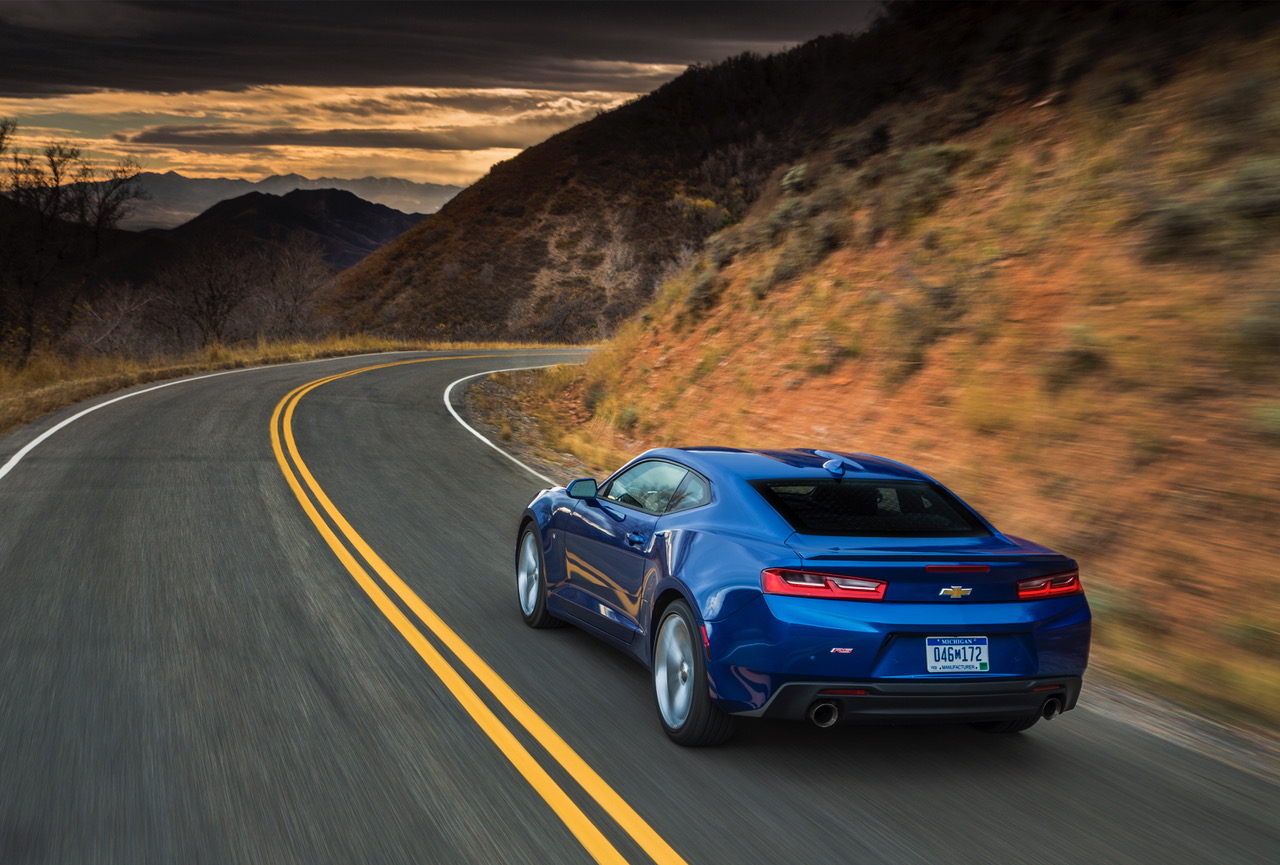 Sixth-generation Camaro owners are largely a happy bunch of drivers. They rave about the muscular drivetrains – with three very different engines, there’s a performance version for everyone – and sophisticated chassis that can no longer be embarrassed by the pricy European brands. Demerits include the claustrophobic cabin, poor visibility and tiny trunk. This is a car that emphasizes performance over everyday practicality.

In terms of reliability, owners have reported some unsettling issues with the 2016-2020 Camaro models. The 8L90 and 8L45 eight-speed automatic transmissions have exhibited a vibration issue (most often experienced at 1500 rpm) that may be attributed to incorrect transmission fluid or a faulty torque converter or differential.

“After less than 29,000 kilometres I’ve had the transmission flushed three times and it’s only getting worse by the day. I don’t track the car nor do I abuse the car. The differential has been flushed three times as well,” notes a frustrated owner of a 2016 Camaro. According to a U.S. lawsuit, the transmission may slip, buck, kick or jerk when shifting gears. Dealers reportedly have been doing multiple fluid flushes, and may change the differential when authorized by GM.

The 6.2-litre V8 has been the subject of some concerns by owners who have experienced engine or component failures. There have also been reports of oil consumption, which is not a good omen.

There are numerous reports of the electrically assisted power-steering system intermittently cutting out and lighting the EPS warning lamp. Drivers can stop the vehicle, turn off the engine and turn it on again to reset the steering. There’s a factory recall for power steering failure, number N182182760, affecting 2017 Camaros, although a few owners have experienced this in other model years.

Other maintenance issues include windshields fogging up frequently, short-lived batteries, infotainment system glitches, and the rear glass on convertible tops becoming loose and potentially separating from the soft top.

Shoppers would be wise to take the time to test-drive any pre-owned Camaro carefully to determine if there is any drivetrain vibration, shudder or differential noise present. Once the warranty expires, any remedies will require the owner to dig deep to pay for them.