Designed to European standards, the GT benefited from a stiffer structure reinforced with plenty of high-strength steel, yet the hatchback is lighter than most competing models.

Join the Conversation (0)
When Hyundai unveiled its second-generation i30 hatchback at the all-important Frankfurt auto show in Germany six years ago, the display model was swarmed by Volkswagen’s senior executives led by head honcho Martin Winterkorn.

The VW boss plunked down in the driver’s seat and proceeded to prod and poke at the controls while his hand-wringing entourage stood by. Winterkorn yanked on the telescoping steering wheel repeatedly, then a scowl broke out on his face.

“Nothing rattles,” he told his minions. How did Hyundai manage to make such a smooth mechanism when our own is so clunky, he was overheard asking his design chief. What started out as a polite visit to kick the tires on a cute-but-hardly-serious competitor had turned into the stomach-churning realization that Hyundai was suddenly a threat.

Volkswagen ranked way down the list at 13th and barely higher than the industry average (incidentally, all of the German luxury badges finished below average, including Mercedes-Benz at 16th, Audi at 21st and BMW 23rd).

According to J.D. Power and Auto Bild magazine, the most trouble-free automobile in the Fatherland is the Hyundai i30 – the very car Winterkorn lost sleep over. Two-year-old models had the lowest incidence of problems at 72 per 100 vehicles.

Canadians know the i30 as the Elantra GT, which, ironically perhaps, was designed at Hyundai’s Design and Technical Centre in Russelsheim, Germany. There’s no word on how long it took Hyundai’s engineers to learn German.


The Elantra GT joined Hyundai’s lineup in 2013, replacing the late and lamented Elantra Touring, which was the previous-generation i30 wagon. While the GT was no wagon, it’s five-door hatchback profile yielded a lot of space inside for people and gear; in fact, it was the roomiest car in its class until Subaru trotted out its new five-door Impreza. 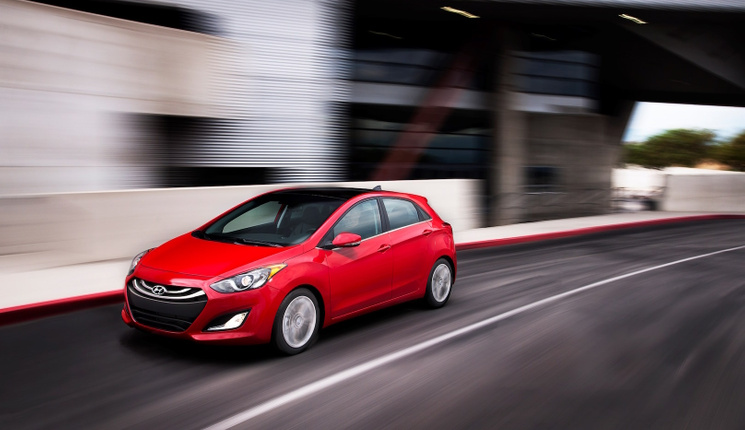 The GT’s dimensions differed considerably from those of the Elantra sedan. The wheelbase was actually 5 cm shorter than that of the sedan’s, and the GT’s overall length was 23 cm stubbier than the four-door. The 60/40-split rear seatbacks and seat bottoms fold away nicely to expand the cargo hold, and there’s a shallow storage bin under the cargo floor. Rear-seat legroom is respectable.

Designed to European standards, the GT benefited from a stiffer structure reinforced with plenty of high-strength steel, yet the hatchback is lighter than most competing models. The suspension is firmer than that of the sedan, with higher spring rates, monotube Sachs rear shocks and a sturdier rear axle with a slightly bigger anti-roll bar.

“It’s very well built and no cheap feel inside or out,” reads an online comment by the owner of a 2016 model. “The doors close with a very solid ‘thud’ (even the rear hatch), and controls are very Audi-like.”

High-quality materials and appointments reside in the cabin of the GT, complete with a prominent centre stack chock full of amenities including satellite radio and Hyundai’s Blue Link telematics. Standard heated cloth seats are a Canadian favourite. A popular extra-cost option is the panoramic sunroof that replaces the entire roof with two tempered-glass panels. 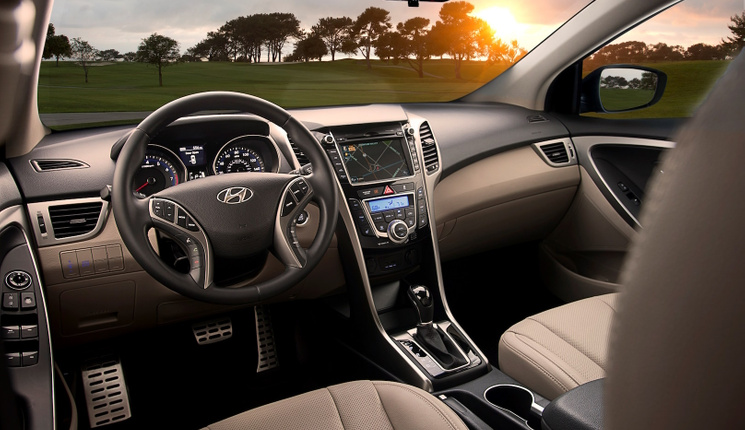 Unique to the GT was driver-configurable settings for the car’s electric-assist power steering, as well as a driver knee airbag (a European requirement). The Elantra GT earned the top five-star rating for overall collision protection in U.S. government crash testing.

Hyundai got an earful from shoppers who expected more zoom from a car that wore the GT (gran turismo) moniker. So for 2014 a new 2.0-L direct-injected four-cylinder became available, making 173 hp and 154 lb-ft of grunt. The added power was derived from the extra 200 cc of displacement (thanks to longer piston travel), and higher compression made possible by the cooling effects of direct fuel injection. Also available was a newly optional sport-tuned suspension to sharpen handling.

For 2016, the GT got fresh front-end styling and a retuned power steering system for better feel. The optional Tech package included an upgraded navigation system, additional features for the Blue Link telematics system and ventilated front seats. The Tech package added Apple CarPlay and Android Auto functionality in the 2017 GT, the last year of the second-gen models.


Equipped with the standard 148-hp engine the GT is hardly an invigorating drive. Zero to 97 km/h comes up in an uninspired 8.3 seconds with the manual transmission. Performance improved with the 2.0-L direct injection engine, taking 7.9 second to attain highway velocity, and that’s with the automatic. Expect 7.5 seconds or slightly less with the manual gearbox.

The GT's suspension is laudably composed over broken pavement and when riding over large bumps and potholes. Many compact economy cars react harshly to typical road irregularities, but the GT rides and handles much like a larger and more expensive car. It’s also very quiet for a compact, another crowd-pleasing trait.

“The Elantra GT is not an enthusiast’s car,” summed up one owner online. “It’s an extremely practical car that provides commuters a quiet and comfortable ride in a relatively upscale cabin, with flexibility for carrying passengers and cargo, or for taking road trips.”

The one big letdown has been the GT’s thirst for fuel. What had been advertised as another thrifty econobox from the good folks at Hyundai is in reality a bit of a heavy drinker. Drivers reported average consumption of 9.0 litres/100 km (31 mpg) in mixed driving, especially with the larger 2.0-L four. (The automaker was forced to reimburse buyers for the efficiency fib, though some owners pointed out the 2 mpg adjustment downwards was more like 5 mpg in real-world driving.) 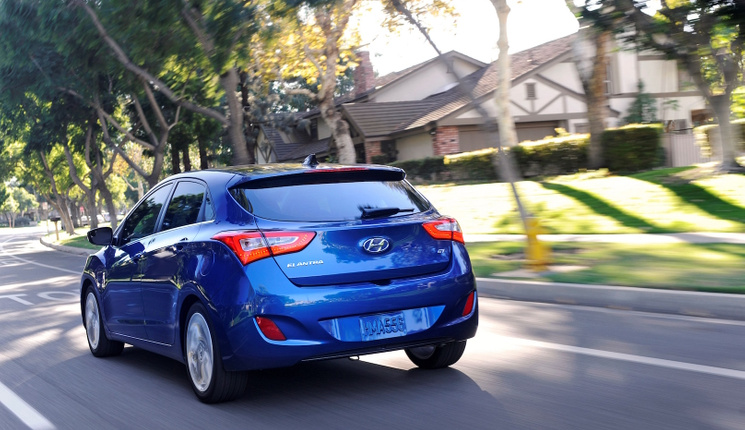 
The Elantra GT has won over buyers with its airy cabin, comfortable seating, exemplary fit and finish, thoughtful controls, quiet comportment and – well worth mentioning – its five-year comprehensive warranty. Canadians get their GTs from South Korea, which reportedly age better than the made-in-Alabama Elantra sedans.

The single biggest annoyance for GT owners is the frequency of tire failures on models that wear the 17-inch alloy wheels and matching low-profile (45-series) tires. The short sidewalls are prone to bubbling and bulging, which make them unsafe.

“Had two tires (both front, both already replaced, once under road hazard warranty I bought) replaced again. Developed bubbles in them in the space of a week,” reads a not uncommon complaint. The standard 16-inch wheels and tires are more durable and provide a more forgiving ride, owners say. If you must have the 17-inch set, owners suggest swapping out the Korean tires for pricier European rubber.

There have been reports of alignment and steering issues, though most complaints have implicated the sedan models and not the GT. Others talk of starting issues not related to the battery, some fast-wearing clutches and a few instances of rear quarter-panel window trim falling off. That’s it for the grievances.

We’ll give the last word to the owner of a 2014 Elantra GT who bought the hatchback reluctantly because, well, the dealer had made an offer she couldn’t refuse.

“Needless to say, over time this car has really grown on us,” she confesses online. “I wanted to dislike this car.” It’s a sentiment most likely shared by a certain German auto executive. 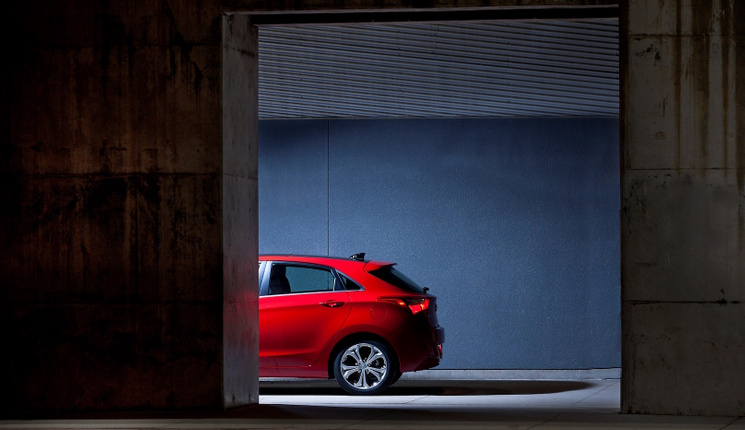