With ‘The Batman’ soon in theatres, we asked fans to pick their favourite iteration of the superhero’s iconic ride.

Join the Conversation (0)
As a wealthy undercover crimefighter, Bruce Wayne, a.k.a. Batman, has his choice of inventive ways to get around Gotham City. There’s the Batplane, Batcopter and its cousin, the Whirly-Bat. The LEGO Batman even had a Segway to save wear and tear on his battle-weary legs and knees.

As cool as all those vehicles are, they pale in comparison to the Dark Knight’s main ride, the Batmobile.

Unlike the tricked-out cars the crimefighter has driven in movies and on TV, the first Batmobile – seen in the May 1939 issue of Detective Comics No. 27 – was a no-frills red coupe. Dubbed the Batmobile in 1941, the design has evolved over the years, but always reflected Batman’s personality.

Bob Greenberger, writer and editor of more than 100 books and anthologies – many within the DC and Marvel comic universes – said Batman’s car must be a “role model vehicle for a role model hero.”

On March 4, when the character returns to theatres in “The Batman,” fans can count on seeing Robert Pattinson, who takes over the role from Ben Affleck, in a new Batsuit featuring nifty gadgets. They can also expect a new Batmobile.

The latest version reflects the gritty vision of director Matt Reeves’s film. Unlike the futuristic designs of recent Batmobiles, this vehicle is a muscle car, inspired by the Dodge Challenger, Ford Mustang and Chevrolet Camaro. It will also feature wider fenders, a battering ram, and, in a nod to Batmobiles of the past, a jet propulsion system that shoots flames. The dark design is said to reflect the brooding personality of Pattinson’s Batman.

With so many Batmobiles to choose from over the decades, we asked several Batman experts to choose their favourite version of the vehicle.


Greenberger chose the classic 1966 Batmobile. Equipped with all the latest crime-fighting gadgets, it was featured in the live action TV show, which aired from 1966 and 1968, and a film adaptation.

“Imagine seven-year-old me seeing the George Barris-designed vehicle screeching out of the Batcave on Jan. 12, 1966,” said Greenberger. “I was astonished and instantly fell in love. It was sleek, fast and had all sorts of gadgets, as witnessed in the very first episodes.

“It was a real car, that was obvious, but it was unlike any car I had ever seen back then,” he said. “It had rockets, a bat-beam, parachutes, a phone, more. It needed atomic batteries and a nuclear charging station, which seemed amazing to my young mind.” 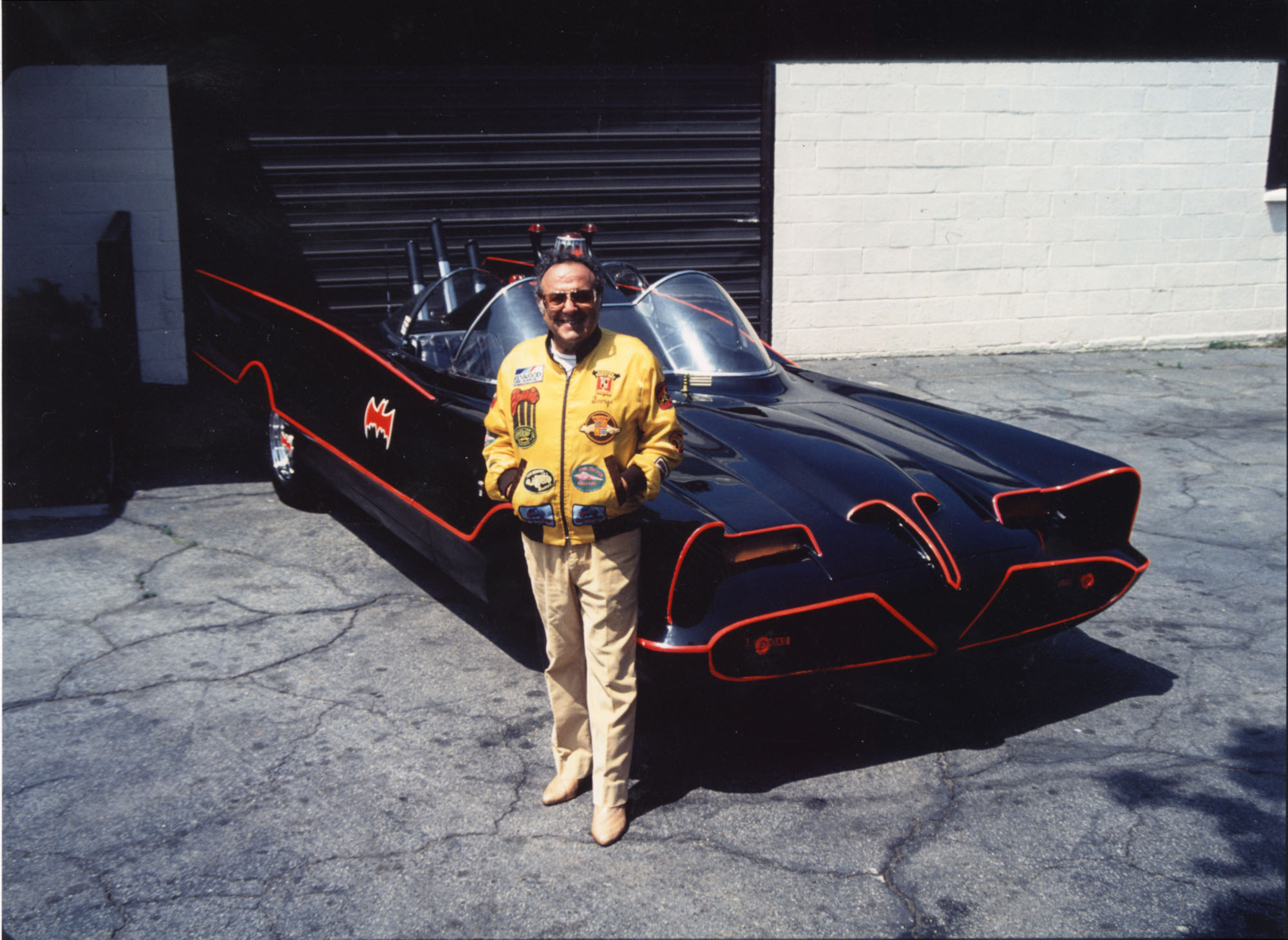 Londyn Jackson, from the website History of the Batman, said this Batmobile represented Batman’s leap into popular culture. “Before the series in the early 1960s, Batman comics sales were declining, almost threatening to make the Dark Knight more obscure within DC Comics, which seems unfathomable in retrospect today,” said Jackson.

“George Barris' car truly brought this common piece of Caped Crusader’s comic book iconography to life and, more importantly, into households around the globe. Adam West’s Batmobile, with all its bat features and emblems, was just as colourfully fascinating as the Pop Art era of the time, which makes it one of the most perfect Batmobiles to hit the big screen.”


Pedro Vargas-Zamora, known on social media as @BatmanCanada, said the 1989 Batmobile from the movies “Batman” and “Batman Returns” is his favourite. This is the car Batman used to rescue Vicki Vale from the clutches of the Joker. It’s one of Batman’s crime fighting tools that prompted the Joker to ask, “Where does he get those wonderful toys?”

“It screams Batman all over,” said Vargas-Zamora. “It’s one of those vehicles where it doesn’t matter if you only get to see a corner, the front or the rear, you will recognize it right away. It also integrates that elegant, sophisticated-yet-intimidating look to the body’s lines. The accents used are full of aircraft-like parts, such as the jet turbine engine, the exhaust after-burner and the instrumentation of the cockpit, giving the car that ahead-of-its-time look that I enjoy so much. 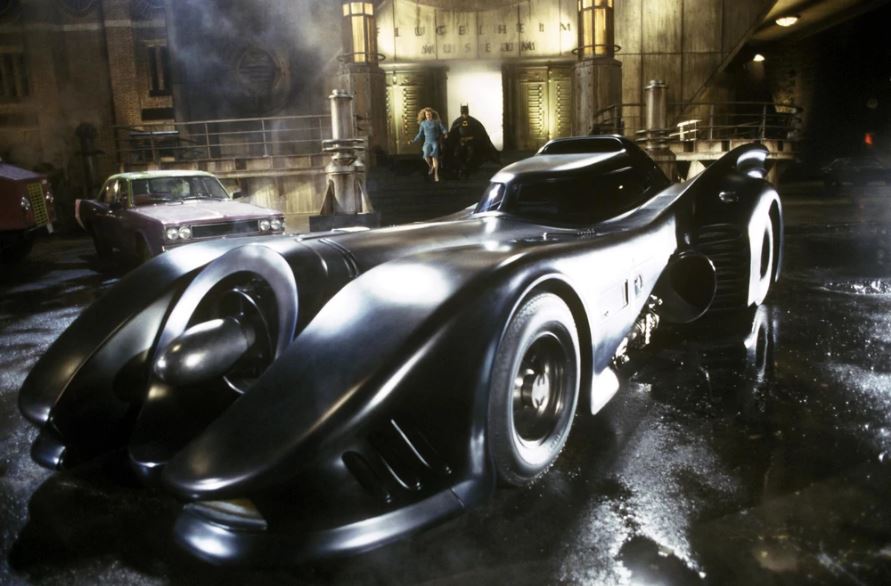 “It captures the very meaning of what Batman means to me: preparation, resourcefulness, adaptation and resilience.”


Mark Askwith, writer, producer and creator of the “Prisoners of Gravity” TV series, said choosing a favourite Batmobile is like asking, “What’s your favourite Elvis Costello song? You're going have 40 of them.” He settled on the off-road tank tumbler from “Batman Begins” and “The Dark Knight.” 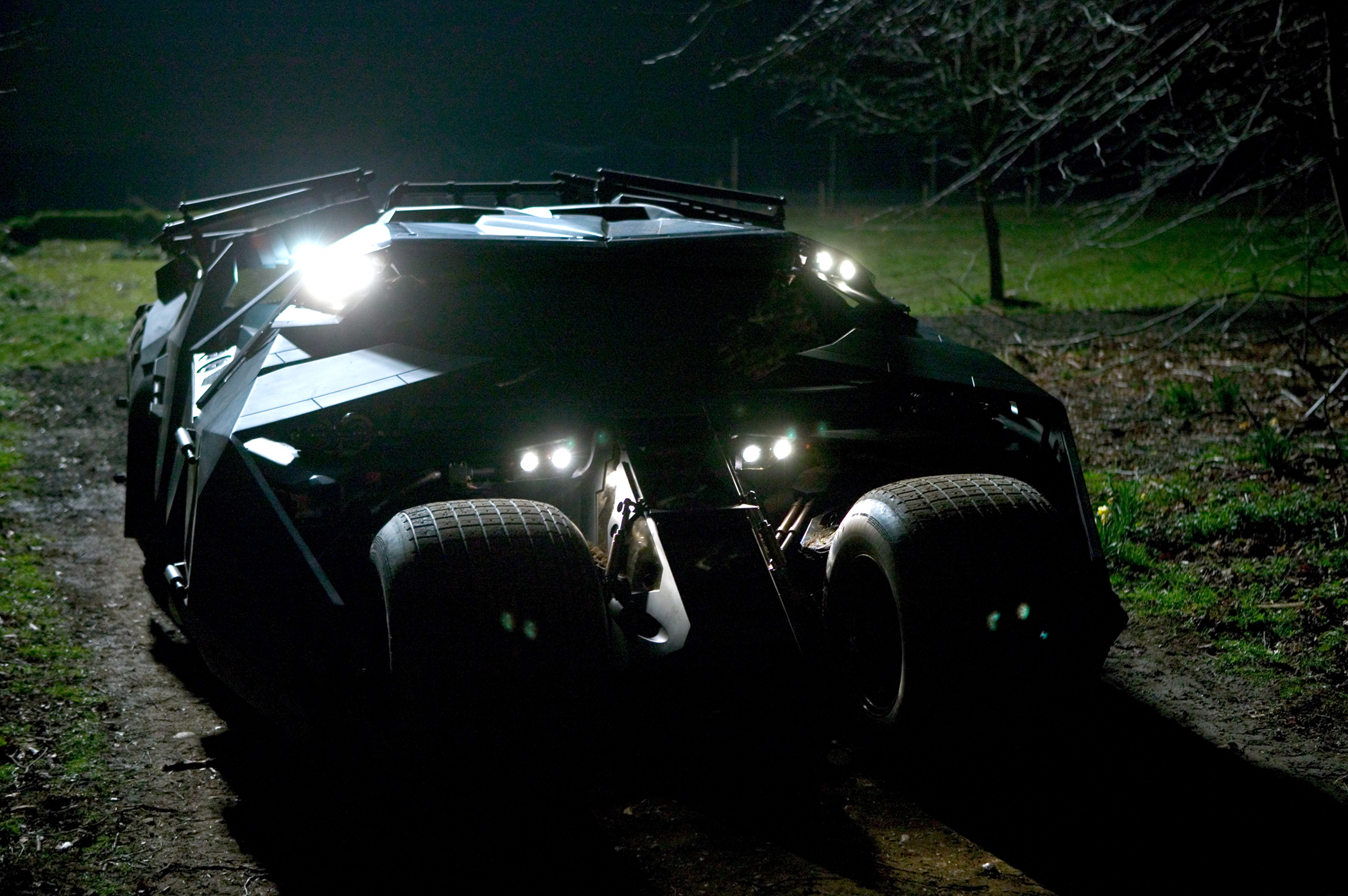 “The reason I like it so much is that it's a great military design,” he said. “It makes sense in terms of those first two Christopher Nolan Batman movies. I love that it suits that character. The key to the Batmobile is that each Batmobile fits the personality of the Bruce Wayne (and) Batman. The tumbler is for the grimmer, more serious, more realistic Batman. If you are going to be Batman in a Gotham City that was going toxic, what that Batmobiles says is, ‘This is a very grim world. This is a very grim Gotham.’”[/caption]