Street names and community places have always been subject to change

Join the Conversation (0)
“You can’t use an old map to explore a new world,” Albert Einstein once said.

If you’re part of the analogue generation, you’re likely old enough to remember when the only navigation tool was a map. Printed on paper. For ages, awkwardly folded maps with tiny writing were the only means to help you drive from Point A to Point B.

Of course, the digital age has all but rendered paper maps anachronistic. Yet, more than just wayfinding relics from a bygone era, maps are significant historical documents. Pick up a map of almost any location from 50 or even as recently as five or 10 years ago, and many of the names assigned to communities, streets, infrastructure and geographical features have likely changed. 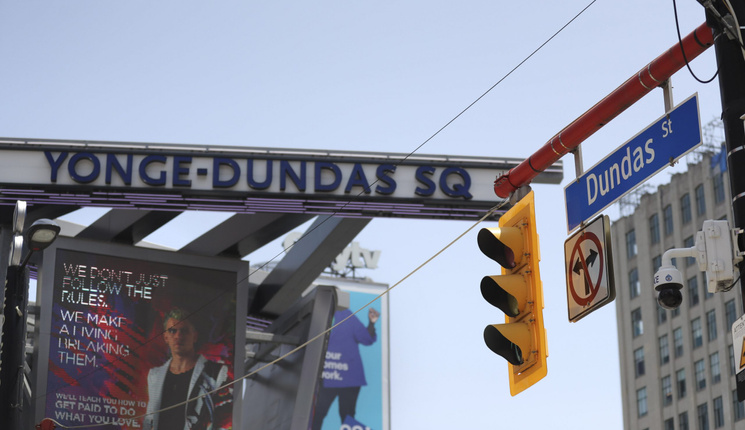 TORONTO, ON - June 10 Yonge Dundas Square is but one area named for Dundas.
Hundreds of people have signed an online petition asking the city to rename Dundas Street due to Henry Dundas' involvement in opposing the abolition of slavery in the British Empire in the 19th century.
June 10 2020 Richard Lautens/Toronto Star[/caption]

“Maps, especially printed maps, represent a snapshot in time of the mapmaker’s understanding of a place,” said Colleen Wyatt Anderson, chair of the Geographical Names Board of Canada (GNBC).

You can be forgiven if you’ve never heard of the GNBC. Wyatt Anderson jokingly calls it the most hidden board in the history of boards in Canada. But the GNBC, which manages the country’s geographical site name changes, is celebrating its 125th anniversary this year.

While the GNBC is the national coordinating body, the role and the process of naming (or renaming) geographical features is primarily a provincial and territorial responsibility. Anyone can propose changing the name of a geographical feature by contacting the local authority in the jurisdiction where the feature is located. Requests often come from individuals and community groups.

“There’s a misunderstanding with the GNBC that there’s a desk somewhere where people invent placenames (and) that we just stamp them on maps,” said Wyatt Anderson. “But the board is a harmonizing desk that captures this information; the stories and placenames changes come from citizens, from Canadians.”

Wyatt Anderson has an infectious enthusiasm for this process — the hand-on, grassroots aspect to naming (or renaming) a community placename.

“I like the input, I like the conversation and citizen-sleuthing,” she said. “The more people talk, the more there is a groundswell of input. And it takes place-naming from being ubiquitous to people putting it in their hearts, making it part of their own communities, asking good questions, moving forward.”

One of the most publicized proposed name changes moving forward in Canada is in Prince Edward Island. In April of this year, the P.E.I Legislature voted unanimously to pass a motion urging Ottawa to change the name of Canada’s longest and most expensive bridge from Confederation Bridge to Epekwitk Crossing.

According to the motion, “It is of the utmost importance Indigenous languages are respected and recognized.” Epekwitk is the Mi’kmaq word for “cradle across the water,” and is the traditional name the Mi’kmaq people have long used to describe the Island.

The Confederation Bridge rebrand is an example of what Wyatt Anderson calls historical “gap-filling.”

“There have been a lot of gaps in our history as a country, and part of that gap-fill has been looking at a notable missing Indigenous voice in much of our history as Canadians,” she said. “People are starting to wonder why particular communities or landmarks are called what they are when they don’t reflect all of our stories.”
Here in Toronto, we are experiencing some seismic placename changes to better reflect the times. Just this year, Toronto Metropolitan University became the first post-secondary institution in Canada to change its name amid controversy over the legacy of the school’s original namesake.

Officials had faced calls for years to change the name of the former Ryerson University because of Egerton Ryerson’s links to residential schools in Canada. The controversy came to a head last June when protestors toppled a statue of Ryerson after a demonstration in honour of the more than 200 children whose remains were discovered at the former residential school site in Kamloops, B.C.

Meanwhile, a mere block south of TMU, one of Toronto’s major arteries is under consideration for a new name. Last summer, the city voted in favour of a motion to rename Dundas Street, along with its two subway stations, a library, Yonge-Dundas Square and several parks. Henry Dundas was a late 18th-century Scottish politician associated with the trans-Atlantic slave trade. A new name for the street is expected to be announced in early 2023 as part of a larger discussion on how the city honours public spaces.

The vote to rename Dundas Street came after city council reviewed a petition with nearly 14,000 signatures — an example of the type of grassroots movement Wyatt Anderson said leads to the evolution of a placename.

“Democracy is as strong as its citizens,” she said. “So (the process of renaming) is citizenship in action: people asking questions, people wanting to know more, wanting to learn more.

“It’s a wonderful opportunity for us to learn, grow, repair, amend where we are on this journey as Canadians.”