Join the Conversation (0)
When Toyota set out to redesign their minivan, they tried to make it look and feel more like an SUV. With well over half of all new cars sold in Canada this year being some type of crossover it’s not surprising that they went this route.

Minivan sales are a fraction of what they used to be as millennial car buyers shift away from the vehicles their parents used to drive them to school in. A “truck” that can easily handle impromptu camping adventures or a snow-covered cottage road and still take the kids to school the next day has more appeal than a “boring” van. But when it comes to helping families get around with the utmost in ease, comfort, and cargo-carrying superiority, a van is still top dog.

A good van should be comfortable, refined, quiet, and offer passengers a myriad of seating options and storage cubbies. It should accommodate multiple car seats and the third row should be roomy enough for adults. It should also be easy to drive and easy to see out of and above all, dependable. After all, parents already have enough to worry about and their vehicle shouldn’t add to that list.

The biggest change with this new Sienna is the addition of hybrid power, standard on all trims. In fact it’s the only way to spec one and the much-loved V6 is no longer offered.

The 2.5-litre 4-cylinder hybrid loses with the V6’s smooth, sonorous power delivery but makes up for it with stupendous efficiency.  This large, heavy minivan delivered an impressive 7.0L/100 km on an even mix of city and highway roads.

It doesn’t have the same character as the outgoing V6, but the powertrain is quiet and goes largely unnoticed. And with 245 combined horsepower it’s not slow either. 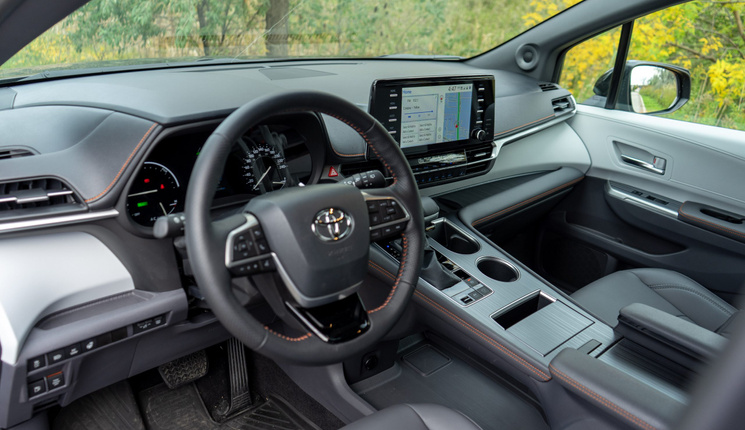 The Sienna is built on the TNGA architecture underpinning many new Toyota models. Apart from the obvious advantages of being based on an all-new platform and the advances that come with it, the Sienna grows in nearly all dimensions.

Toyota has done a great job sculpting the front, sides and rear of this new Sienna, making it the sharpest and, dare I say, sportiest looking minivan to come out of their factory.  They’ve given it a longer hood, a Highlander-like bulging character line, and hidden door tracks to try and mask the van bits, but as hard as they tried, it’s still a van and looks very much like one. It’s what’s on the inside that counts, however, and here it doesn’t disappoint.

Wiggle your foot under one of the power sliding doors or press a button on the key fob and it will quietly slide open revealing a cavernous interior. Lower trims will seat up to eight with a three-seat bench in the second-row but the XSE I was driving was equipped captain’s chairs making it a seven seater.

The centre console that Toyota aptly calls the “bridge” flows into the dashboard just under the 9-inch infotainment touchscreen. It places the gearshift, drive mode controller, parking brake, cupholders, and a few other controls right at your fingertips. Underneath the bridge, there’s a space big enough for even the biggest totes, purses, or in my case, a large pizza. 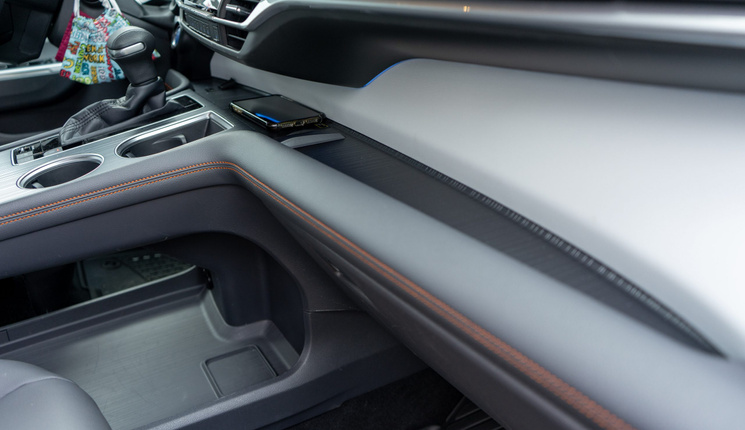 Running the length of the dashboard there’s a nifty shelf that can be used to quickly stash items like keys, wallets, glasses, or whatever junk is in your pockets.

Seven USB ports scattered through all three rows will also ensure that everyone can plug in their devices, and up to 18 cupholders means that occupants will never go thirsty again.

The third row can be quickly and easily dropped into the floor for a flat loading area while the second row captain’s chairs are on a “super long slide” track system that allows the seats to slide up to 25-inches providing enough legroom for even the tallest members of your family.  On the Limited trim, these second row seats are equipped with integrated leg rests for that business class experience in your minivan. Unfortunately, the captain’s chairs do not fold into the floor like they can in a Chrysler Pacifica and they cannot be removed either.

All Siennas are equipped with Toyota Safety Sense which comes with a pre-Collision System with Pedestrian Detection and Bicycle Detection even in low light, dynamic cruise control, lane departure alert, automatic high beams, and a blind-spot monitor with rear cross traffic alert. 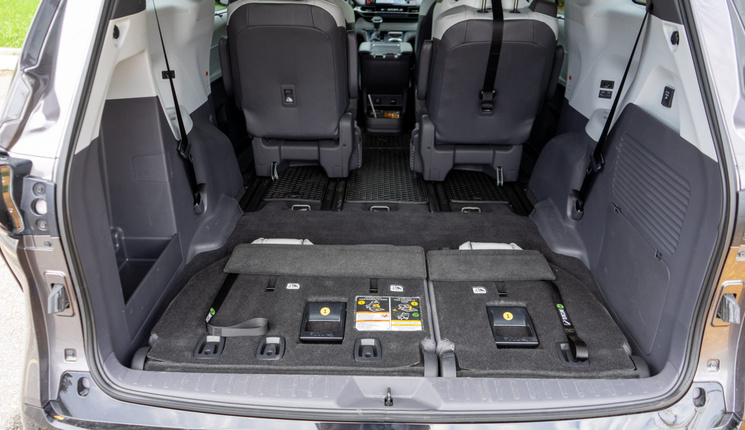 An optional all-wheel drive system (not equipped here) has no driveshafts or mechanical linkages. Even without it, this large vehicle feels secure and planted on the road, even in bad weather. I wouldn’t call it agile but it’s composed and easy to maneuver. The electric motors can even help quell understeer and enhance cornering ability but the ride does get a bit busy over choppy, broken pavement.

Sport mode heightens throttle response and calls upon the electric motors to assist the gas engine with a satisfying surge of power that while not as good as the V6 is more than enough for passing slower traffic on country roads or the highway.

If we just learnt to take emotions out of our car purchases, every family would be driving a minivan, however, that’s unlikely to happen anytime soon and until that point in time there are about a million SUVs for you to choose from. If, however, you want the ultimate people mover that’s easy to live with everyday, the new Sienna with its efficient hybrid drivetrain, and optional AWD might just be the best vehicle for the job.