Built on cleverly designed engines, Honda’s recent vow to produce only full EVs (electric or fuel cell) by 2040 also concedes how far behind in EVs it is now

Join the Conversation (0)
Like an elaborate automotive gender reveal party, this year’s recent Shanghai Motor show in China also aligned with Honda’s global announcement that it was finally deciding to birth an all-new type of company: an electric company, predominantly with battery electric vehicles, but possibly with some fuel cell vehicles later on as well.

This was a difficult admission for Honda, as a company and as a legacy of founder Soichiro Honda. For a company incorporated in 1948 after attaching small, lightweight gas engines to bicycles, Honda Motor Company Limited came to be known for engineering excellence in all its products, which quickly grew from mopeds to power equipment to actual motorcycles, tiny pickups and then cars.

Like the original Henry Ford roughly 45 years earlier, founder Soichiro Honda was a tinkerer and racing enthusiast, and also used racing to both market his products, and increase the engineering capabilities of the company. Honda entered its first Formula 1 race in 1961, and has competed on and off in the series since then, as well as on two wheels in MotoGP. Each series is considered their respective pinnacles of four and two-wheel racing – at least, the pinnacles using internal combustion engines. And Honda became the dominant power in both series at various times in the past 40 years.

But things were about to change, and racing fans perhaps knew this before many auto industry followers noticed. Honda announced in late 2020 that it would be leaving F1 again at the end of 2021, which it had rejoined in 2015 after a seven-year absence in order to conquer “new technological challenges.” Honda explained that it, “needs to funnel its corporate resources in research and development into the areas of future power unit and energy technologies, including fuel cell vehicle (FCV) and battery EV (BEV) technologies.” 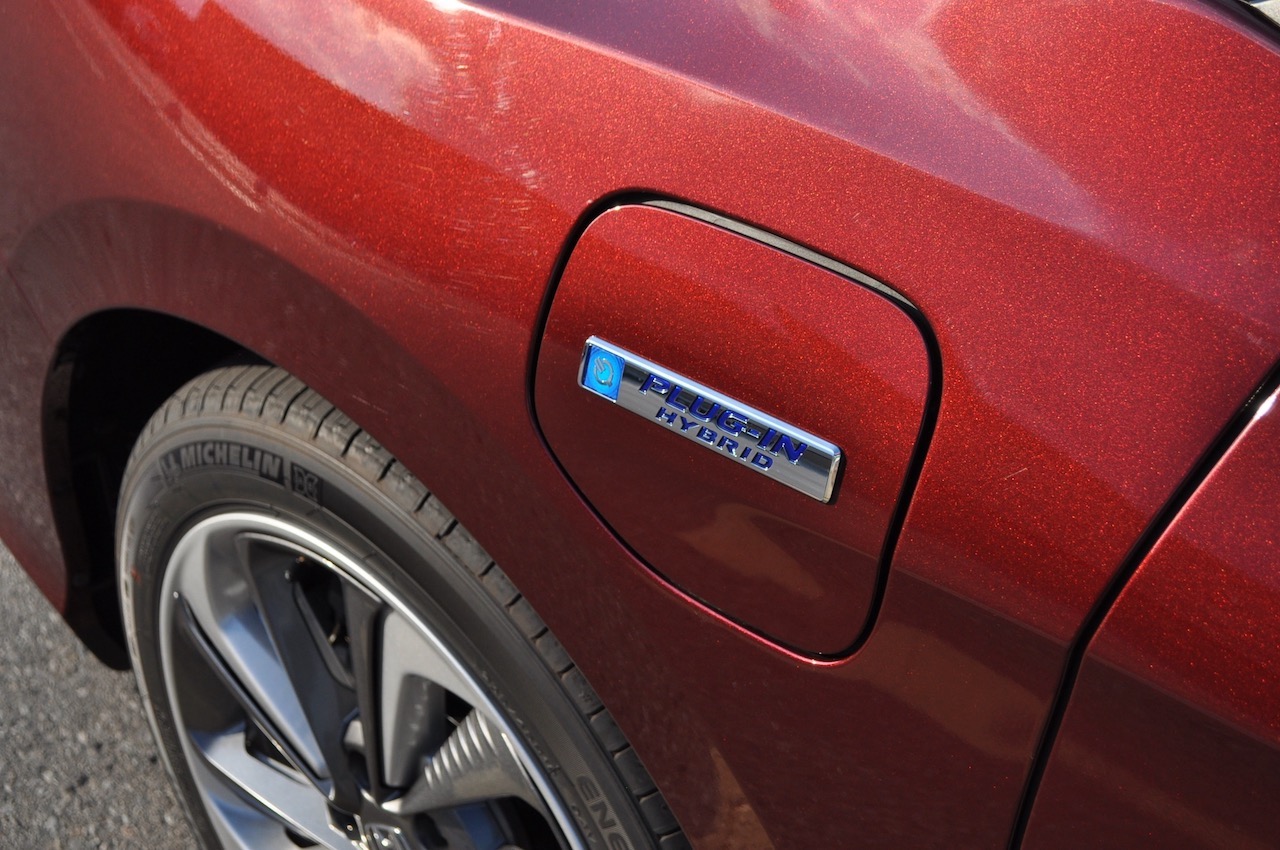 Then in the early 2000s both Honda and Toyota raced to bring the most efficient vehicles to market with gas-electric hybrids, with Honda’s original Insight a more aerodynamic and purely efficiency-focused two-seater.

However, it invested neither the auto engineering funds nor the corporate racing budget towards affordable all-electric vehicles when they started appearing on the market in 2011 in Canada. And it is still catching up now.

Unlike main competitors Nissan, GM, Hyundai and Kia, Honda still hasn’t offered any all-electric vehicle throughout Canada, and only a token number of compliance models in the U.S. to meet mandatory EV production rules. Its sole plug-in model currently is the Clarity Plug-in Hybrid (PHEV), part of a Clarity family designed to offer PHEV, BEV and FCEV versions, depending on market and availability.

But those non-gas versions sold few to (likely) none in Canada, with the Clarity BEV only offering 89 miles (142 km) of best-case scenario range, a clearly insufficient number given Canadian winter weather conditions and charging infrastructure that’s rapidly improving, but still far behind many areas in the U.S.

Indeed, Honda’s late April announcement about going full zero emissions by 2040 came with a fairly full road map of how it planned to hit that target: by progressing from 40 per cent EV sales by 2030, and 80 per cent by 2035. To be clear: Honda pledged that two-fifths of its vehicles sold in nine years would be of a type the firm doesn’t produce for sale today in North America.

And for this continent at least, it won’t sell its own EVs until the second half of this decade, Honda confirmed. Yes, it will sell Honda and Acura-branded SUVs for the 2024 model year, using GM’s Ultium batteries and attendant skateboard architecture. This is essentially conceding that even before GM sells one Ultium-powered EV, Honda can’t catch up in time with this modular EV engineering.

In essence, it is waving a white flag in this EV race for the next half decade, essentially adopting the American company’s EV technology for the foreseeable future until it can catch up to leading edge battery technology – it hopes – after 2025. 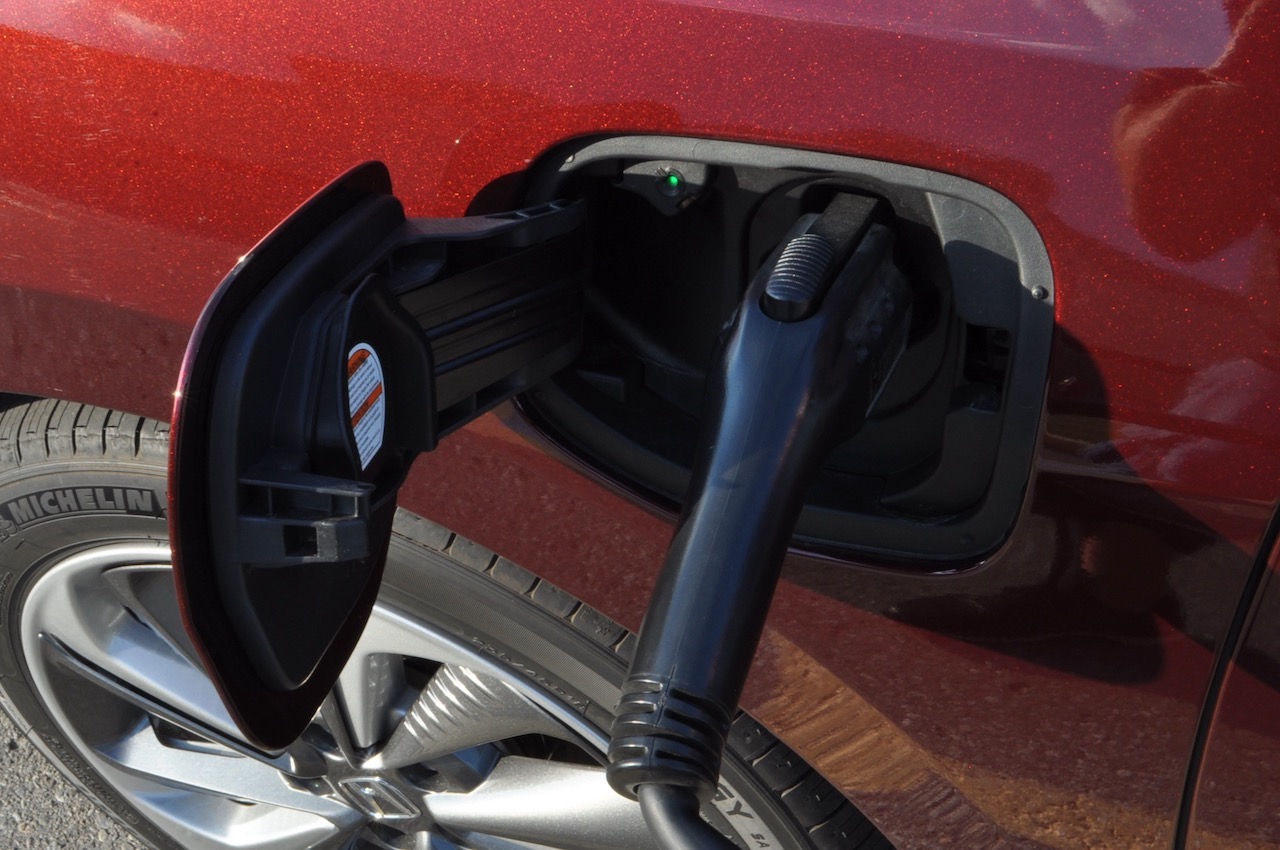 By then, Honda states that it plans to make more advanced solid-state batteries available in the second half of the 2020s, curiously boxing itself into a specific battery technology far in advance of its planned production.

All of this turning away from internal combustion vehicles is clearly not what Honda wants. As recently as April 2020, less than a year prior to Honda’s new zero emissions vehicle commitment, Honda Canada CEO Jean Marc Leclerc has publicly questioned the need for Canadian government ZEV mandates, whether BEV or fuel cells, sticking to long-time legacy automaker arguments that there’s simply not enough consumer demand for EVs at current prices.

“We’re not rushing to fully electric,” Leclerc told the Canadian Press last winter, when he was senior vice-president at Honda Canada. Clearly, this is still true, given the full three years before a Honda-badged BEV is set to hit the market, when even smaller Japanese players such as Mazda are bringing BEVs to market sooner.

But as far back as 2010, Honda Motor Company then-president Takanobu Ito knew a major change would need to happen, sooner or later. He stated that Honda would produce a BEV by 2012, to compete with the then-imminent Nissan Leaf BEV, one which never materialized. “The next 10 years will be true test for Honda's survival,” Ito claimed then to the BBC. “Honda has no future unless we achieve significant reduction in CO2 emissions.”

It achieved those emissions savings with relatively efficient ICE vehicles, and more recently a few of them in gas-electric hybrid form, though hybrid versions of the CR-V are still only available in the U.S. But with all-out bans from many governments on ICE vehicles between 2030 and 2050, gas vehicle refinements are no longer an option for the medium to long-term, hybrid or otherwise.

For Honda, the question now becomes whether it can leapfrog current EV technology to once again become bleeding edge powertrain developers in the latter half of this decade – even when that doesn’t involve an engine. The answer may dictate whether Honda’s next major announcement a decade or so from now will be more a party, or a funeral.