Wheels’ 10 most memorable moments of the year

Wheels writers relate their best experiences from another year on the auto beat and predict what’s coming down the road in 2016 and beyond.

Wheels writers relate their best experiences from another year on the auto beat and predict what’s coming down the road in 2016 and beyond.

Perhaps the most interesting experience for me this year was attending the international media launch of the 2017 Porsche 911 Carrera in the Canary Islands. Tenerife (the biggest island) is a fascinating place, all tropical along the coast. But as you wind your way inland and up, you come into a bizarre volcanic moonscape dominated by Mount Teide, which last erupted in 1798. Winding roads plus a Porsche 911 – what’s not to like?

This 2017 911 is the latest example of a movement toward smaller displacement, turbocharged engines in the search for lower emissions and improved fuel economy. Considering that Porsche’s iconic Carrera, a legend for its rev-hungry naturally-aspirated flat-six engines, now sports a 3.0-litre twin-turbo flat-six in both base and S trims, confirms this is a viable strategy. Porsche purists will be pounding their fists and wailing to the Gods. All I can say is: drive it. It’s a bloody amazing car. Welcome to a new era of 911.

British Car Day, held by the Toronto Triumph Club for more than 30 years, is an annual reminder of what an amazing array of rare historic machinery there is in the GTA. A dozen or more DeLoreans in one place? A Morgan three-wheeler that was the company’s display car at the 1933 London Motor Show? A Devin-bodied Triumph TR3? The list goes on and on. Why go to Southern California for cars? Come here.

For good or ill, some form of self-driving car will be in production sooner than the experts predict. It could come in 2016. The competition is fierce, the potential rewards are great and there’s an unrelenting push to be first. It’s a concept that fascinates people — whether that will translate into sales remains to be seen. It’ll be interesting to see who will be first to pay to get behind the wheel … and then just sit there.

Visiting the Insurance Institute for Highway Safety (IIHS) on the first ever tour offered to Canadian journalists was my 2015 highlight. Seeing the mangled results of almost $4 million worth of cars crashed every year by the independent agency is sobering. The institute’s crash testing program can take credit for a good part of the progress in automotive safety over the past 50 years. Consumers are smart to look for IIHS ratings when buying a new vehicle.

Engineering advances are changing the car game very quickly. The paradigm shift from connectivity with smartphones to integrating the operating systems in vehicles is bound to be a big trend for 2016. The continuing creep of electronic nannies and minders will make the transition to driverless vehicles gradual and stealthy. By the time we realize that these technologies are pretty much driving our cars for us, it will be too late to take the wheel back for humanity.

In 2015, my most memorable article helped “break the chains of ignorance” that surround ability issues. Rather than endangering all road users as the inquiring reader presumed, deaf drivers pass the exact same licence tests as everyone else. They may, however, use electronic devices to alert them to horns and sirens. Overall, they are statistically safer drivers than their hearing counterparts.

In the coming year, I predict the legal implications of self-driving cars will come to the forefront for legislators. For now, should a semi-autonomous Tesla get into a fender bender (though I’m not aware of any at-fault incidents), there’s still a driver behind the wheel who is legally responsible. But, for example, when that driver instead becomes a back seat passenger in a self-driving car, who will bear the legal and financial brunt in a collision? Are no-fault crashes the way of the autonomous future?

Concept cars are neat, but they’re even more fun when we’re talking about trucks. I got to ride in Freightliner’s Inspiration, a test bed tractor-trailer that can drive itself. That’s exactly what it did as we motored at 100 km/h along a Nevada freeway with a human driver’s hands off the wheel. And all this happened following a presentation where the company used the Hoover Dam as a video screen. If bigger is better, that was the best.

On the tech side, automakers will continue to pay lip service about distracted driving, but stuff even more cars with Wi-Fi and social media apps. I think we’ll see more hybrid sales, especially as disheartened diesel fans seek out cars that get long range but without the emissions test surprise. And on the pickup truck front, now that the 900 lb-ft. of torque gauntlet has been thrown down, I’m betting someone will finally hit a thousand.

It’s great to drive through a northern Swedish winter in a powerful Porsche Cayenne Turbo. I even took the big SUV on a frozen lake and grazed snowbanks to the right and left. But on the long road home, the Cayenne shook like a cement mixer. Heavy snow had compacted into the fancy multi-spoked rims of the huge wheels, and their balance was completely thrown. Sometimes “pretty” can be pretty impractical.

More cars will be able to park themselves (with the feature being an affordable option), and more will park perpendicularly and not just parallel. Some will even park themselves remotely, like the BMW 750 Li does now. Because of this, more people will forget how to park their cars themselves. Heaven help them when they drive a rental without the optional self-parking ability.

While driving a 2015 Maserati Ghibli S Q4 from Palm Springs to Los Angeles at the posted limit of 70 m.p.h. (112 km/h), the front and rear parking sensor alarms went off when a motorcycle rider chose to exercise his right to “lane split” and passed between me and the car in the adjacent lane. That’s something you would expect to happen when you are parking, not moving at highway speeds on an interstate.

Automobile manufacturers will continue to move in several different directions at the same time. They’ll be working to reduce driver distractions with the continued development and introduction of various autonomous driving aids. Car companies will also be working their specialty tuning divisions to turn out more and more high-performance driver-focused enthusiast cars; and working harder than ever to create silent people movers with no driving dynamics at all.

Hands down, “driving” the Mercedes-Benz F 015 autonomous car tops my list. On a test drive, four of us swung our lounge seats around to chat and marvel as the sleek car smoothly navigated a preprogrammed, closed course near San Francisco.

Hands-free driving isn’t quite ready for prime time, as handling messy roads and bad weather still needs work. But it’s the future and it was a treat to get a taste of it.

In 2016, diesel cars will make the endangered species list in North America. They’ll also decline in Europe, thanks not only to the Volkswagen emissions scandal but also because almost all manufacturers seem set for trouble with particulate and nitrogen-oxide standards. Just ask Nissan’s Carlos Ghosn, or former GM heavyweight Bob Lutz.

Electric, all-battery and plug-in hybrid vehicles will make big gains from their current small numbers, but there’ll still be no breakthroughs for them.

Last spring at the Roebling Road Raceway, I spent the better part of a day enjoying the big CBR’s warp speed acceleration, rock steady handling and routine 260 km/h speed on the long straight.

Manufacturers traditionally drop hints about future plans at the EICMA show in Milan, Italy each November. Looks like we’re in for an increase in retro “scrambler” type mid-displacement motorcycles and more adventure bikes, even though most owners think they’ve got an adventure if they’re down one bar with their cellphone’s reception.

It looks like the insidious invasion of electronics will continue with more models having traction control, adjustable power modes and dashboards reminiscent of a CF-18 fighter jet.

I lost a good friend in 2015. My ancient garage was torn down, a victim of rotten wood and a neglected roof. I spent a lot of time in there not only working on my ‘55 Chevy, but fixing the kids’ bicycles, replacing belts on snow blowers and dealing with my tools.

Yes, I know it’s a guy thing. But the tools are stowed and ready for work next year when they get their place of honour in the new garage.

Automotive performance will continue to improve after the dark ages of 10 years ago. Head-snapping acceleration with great fuel mileage is available in most domestic and foreign brands along with handling, braking, and tire capabilities to harness this new-found power.

And when General Motors gets the 2016 Camaro into the hands of consumers, Mustang owners will not be so smug. The new Camaro should live up well to its former iconic heritage. 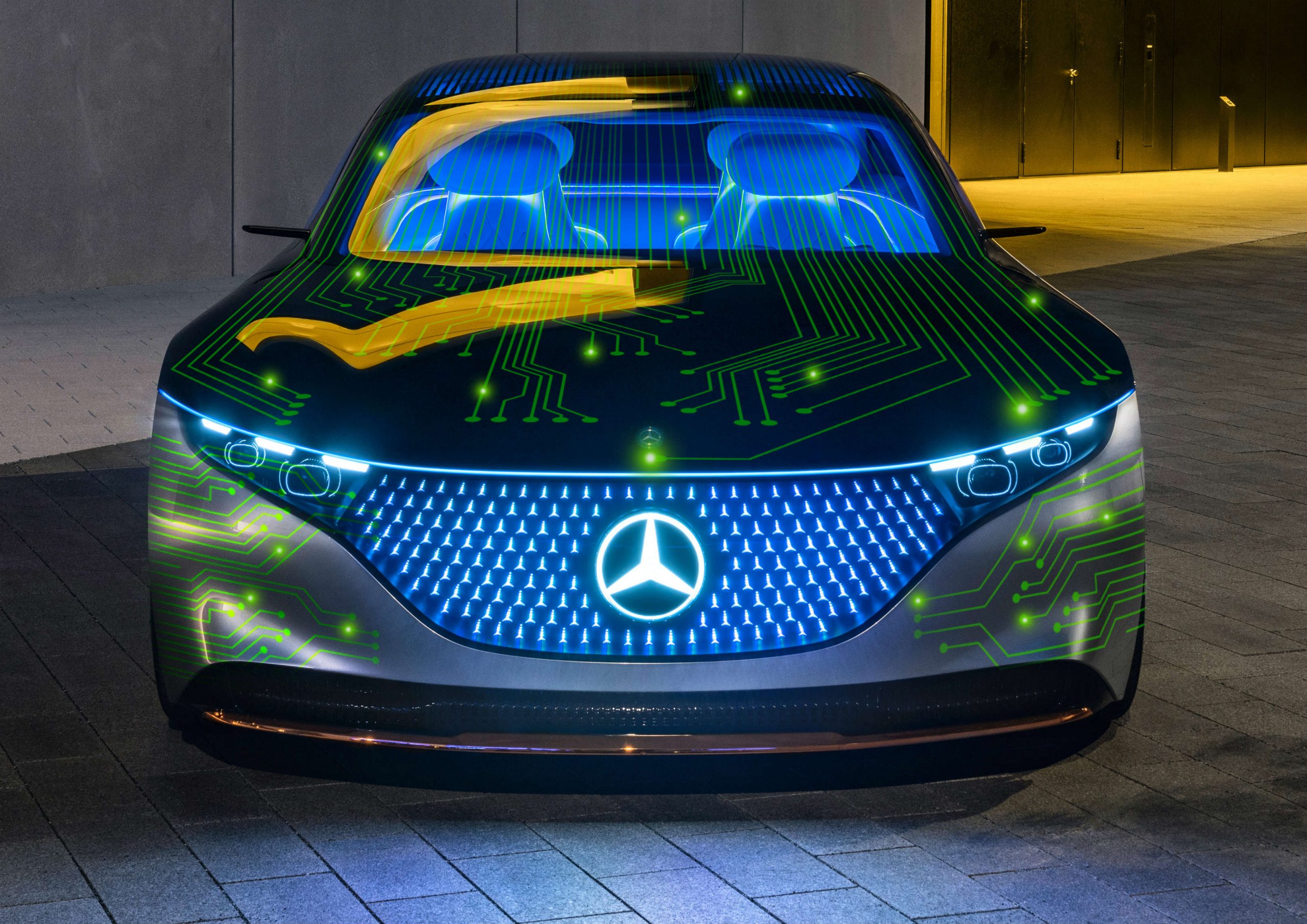 IIHS Study Finds Autonomous Vehicles Will Not Be ...