Welcome to the 700 hp Club. Bring Tires. And Fuel.

There are now at least 16 cars on the market that you can buy that make more than 700 hp.

We have entered a strange and amazing age for the automobile. Despite ever-increasing emissions and fuel economy requirements, the addition of more technology, and being safer than ever before, performance is not dead. The cries have been heard since emissions regulations began in the 1970s, but after a brief hiatus of horsepower, the performance has come back. With a vengeance.

There are now at least 16 cars on the market that you can buy that make more than 700 hp. That’s from companies that build at least a couple of dozen per year, not just one or two. And while some of them are big-dollar exotics from boutique automakers, some of them are actually affordable. Well, relatively affordable. We definitely won’t call them cheap. So here it is, 2018’s 700 hp club.

Chevrolet’s Corvette has long been one of the poster cars for affordable performance. It starts at under $70,000 and offers up impressive thrust from a 6.2L V8. But keep checking option boxes and the Corvette turns from fast to absurd. The ZR1 boasts a 6.2L V8 that uses a big Eaton supercharger to boost power to 755 hp and torque to 715 lb-ft. To go with that power, the car gets massive brakes, chassis improvements like special tuning for the magnetic shocks. It also adds more carbon aero pieces and a great big adjustable wing that produces more than 400 kg of downforce. And you’ll need it with a top speed of more than 320 km/h. 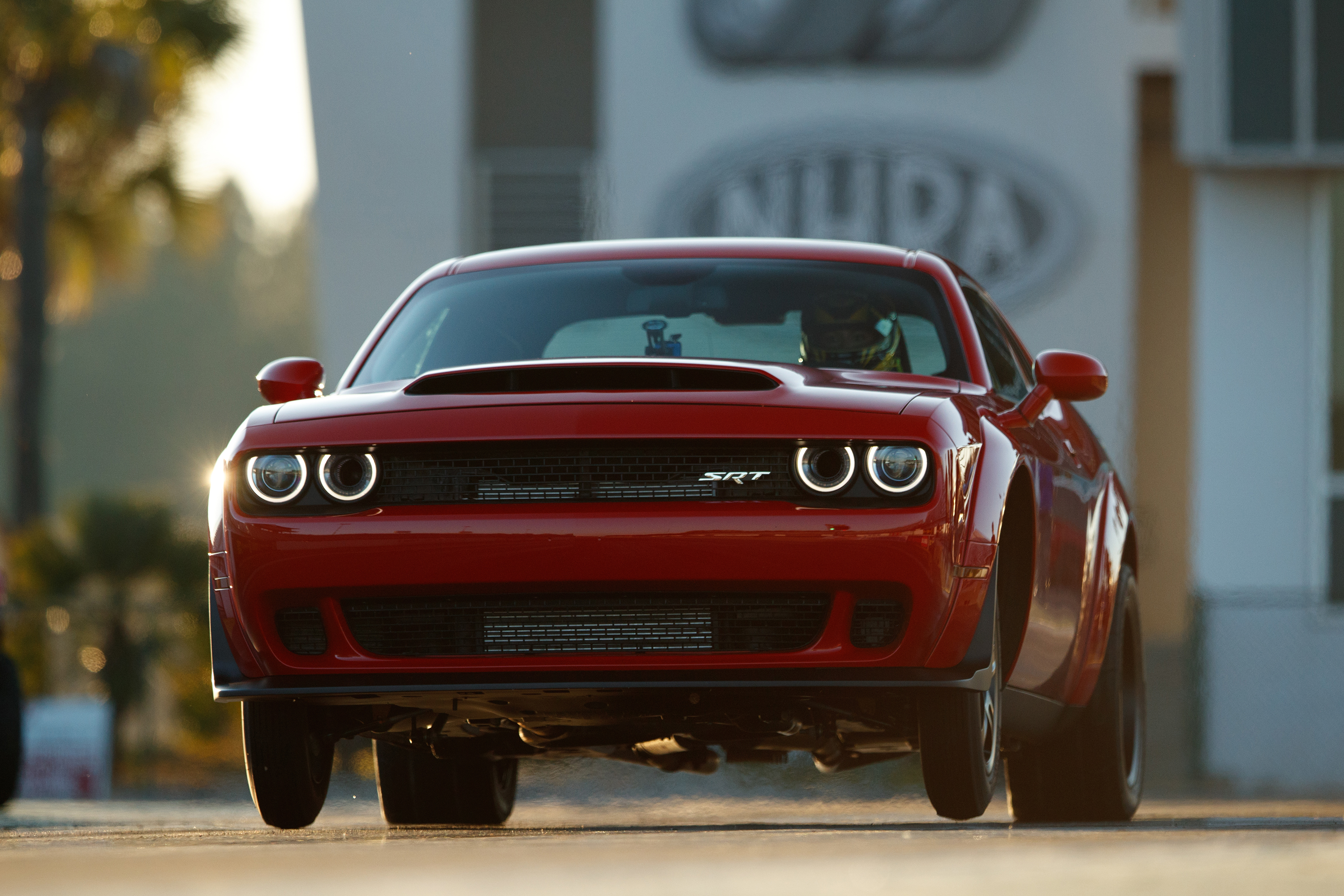 Fiat Chrysler gives you the most choice of how you want your 700 horses. Coupe? Sure! Sedan? We’ve got that covered! SUV? You’d best believe it.

It starts with the Dodge Challenger Hellcat. The two-door coupe gets a 6.2L supercharged V8 that puts out 707 hp and 650 lb-ft. Want that with bigger fenders so you can cram in 305-series tires? You’re going to need them to keep that power in check, but Dodge gives you the option. Not quite enough power? For 2018, Dodge added the Demon model. That one gets the widebody and even more power from that beefy V8. The limited edition car offered up to 840 hp and 770 lb-ft of torque. It even came standard with most of the interior missing so it could make drag-strip passes even more quickly.

If you couldn’t get your hands on a Demon, for 2019 Dodge has another option. One that’s not really holding back on the horsepower either. The Hellcat Redeye comes with 797 hp and 707 lb-ft. Put through an eight-speed automatic, the car can hit the quarter-mile lights in 10.8-seconds. The Hellcat starts at $78,195 with the Demon stickering at $110,345.

Want to bring people with you? The Charger SRT Hellcat offers the same 707 hp V8 and suspension upgrades, and it comes with an easy-access rear seat. With four doors to let you subject unsuspecting passengers to all the ponies in the world – or at least under the hood. 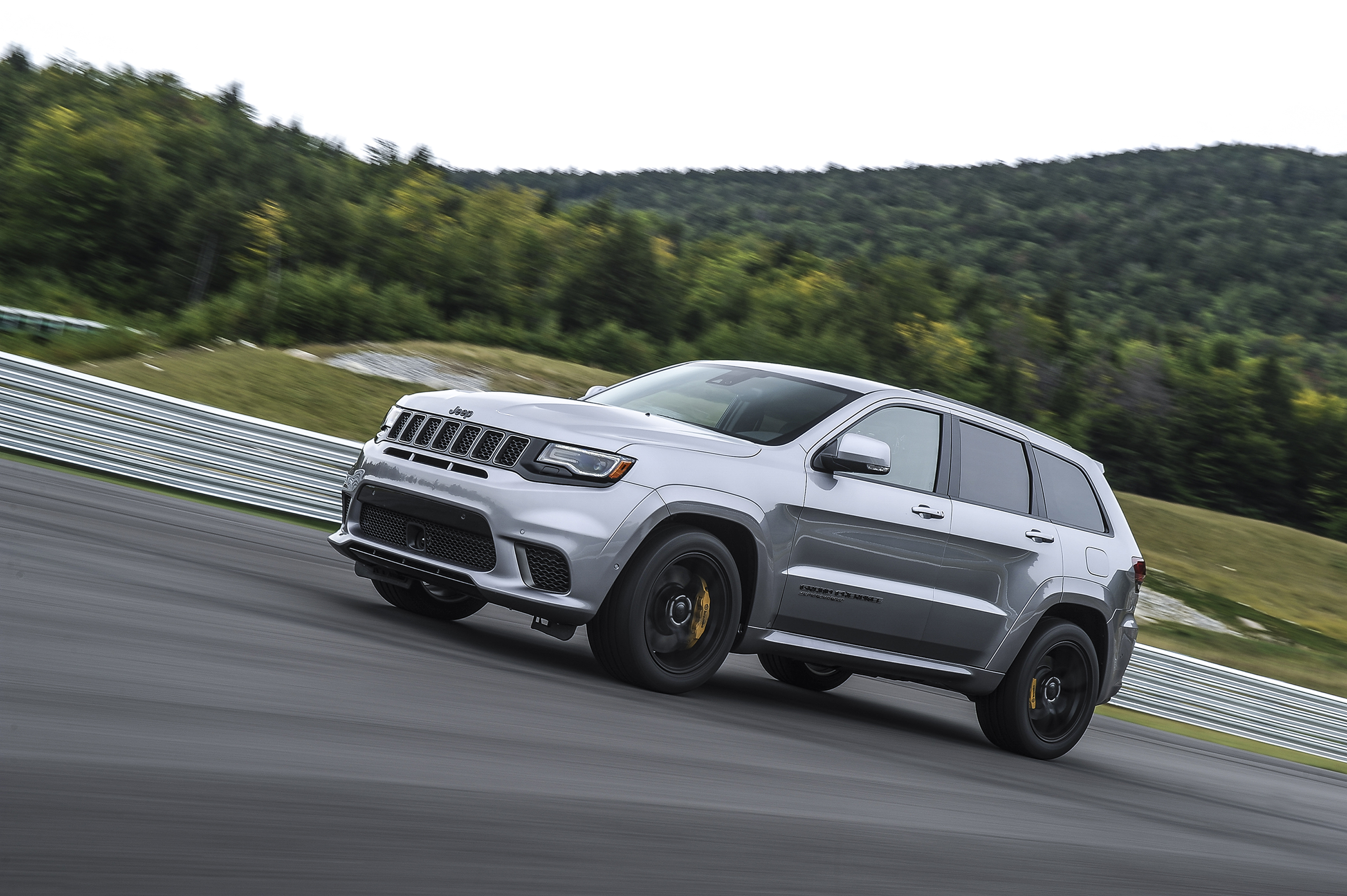 Need more passenger and cargo space? Head across the showroom floor to Jeep. The Grand Cherokee Trackhawk uses that same 707 hp engine and adds all-wheel drive. That makes it even quicker, and dare we say more practical? The Trackhawk starts from $102,157. 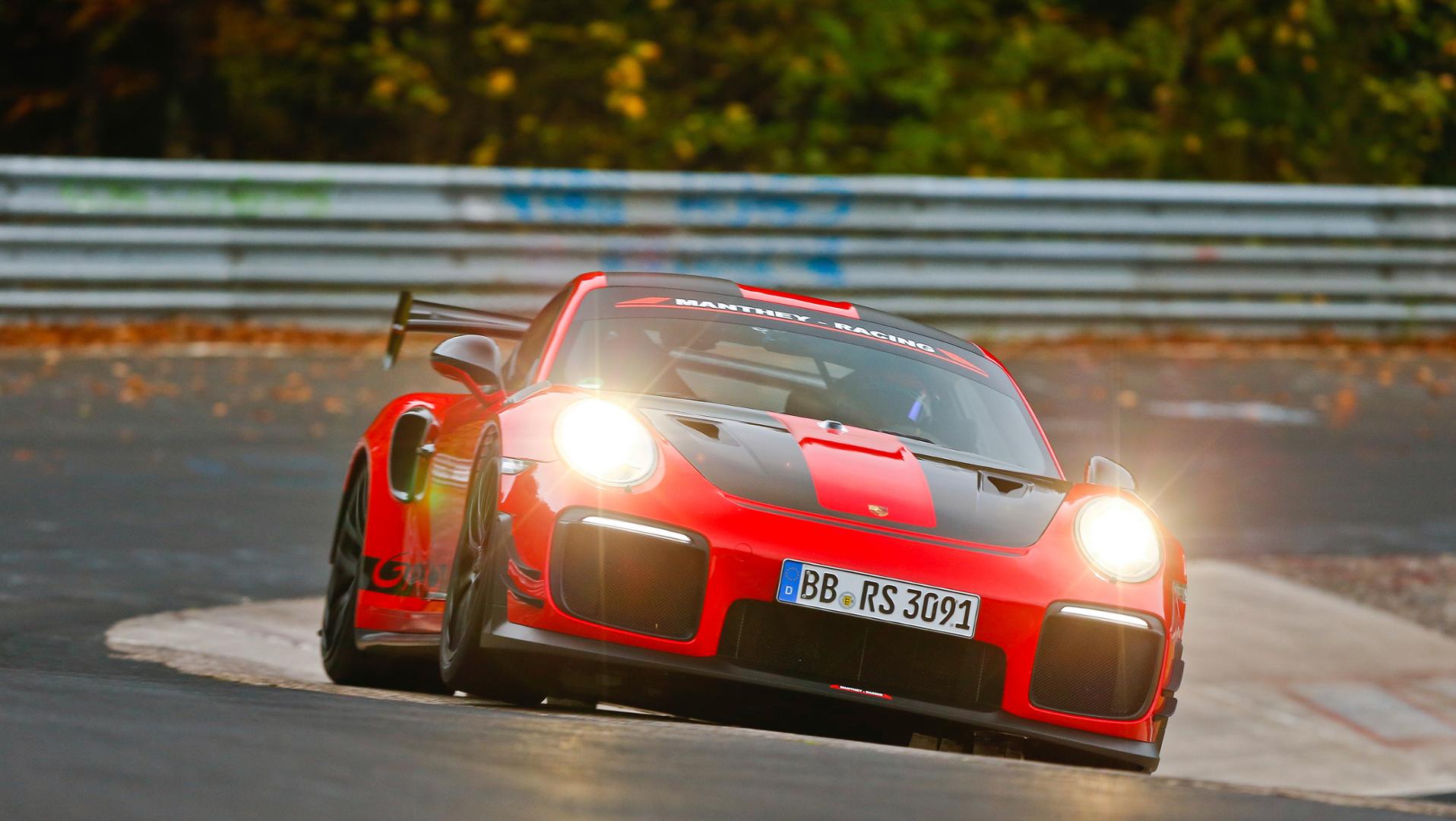 That’s it for the lower-priced options. Now things get a little more exotic. Like Porsche’s 911 GT2 RS. The GT2 uses a 3.8L flat-six, then boosts the heck out of it. Max power is 700 hp at 7,000 rpm, along with 550 lb-ft of torque. Well, 700 PS, but that’s metric horsepower so let’s not split hairs. It’s the most powerful 911 ever. It’s automatic-only with Porsche’s 7-speed PDK gearbox handling all that torque. Top speed is a claimed 340 km/h. The massive rear wing and front aprons help keep the car tamed in the wind and the magnesium roof and carbon bodywork help keep the weight down.

Ferrari can get you past the 700hp barrier too. The 812 Superfast is, well, super fast. That’s thanks to a 6.5L V12 that pounds out 789 hp and 530 lb-ft of torque. This could be one of the last big naturally-aspirated V12s and it sounds the business. 340 km/h is on tap and 100 km/h arrives in under three seconds. It drives the back wheels through a seven-speed dual-clutch auto. Pricing on this prancing horse starts around $443,000.

If you’re not feeling a V12 powered grand tourer, then (what’s wrong with you) Ferrari still has you covered. With a mid-engine V8 turbo 488 Pista. Pista is Italian for track, and that 3.9L twin-turbo V8 is Italian for 711 hp and 568 lb-ft of torque. That means 0-100 km/h in 2.9 seconds and a top speed of 340 km/h. It also gets a downforce-boosting aero package inspired by the company’s FIA World Endurance Championship cars.

Ferrari isn’t the only company that gives you multiple ways to add up to 700. McLaren offers a pair as well. The first is the 720S. It uses a twin-turbo, 4.0L V8 that makes 710 hp. The carbon-fibre supercar gets a trick suspension that uses hydropneumatic adaptive dampers instead of anti-roll bars to control roll while still offering a smoother ride.

If that’s not quite enough for you, McLaren also offers the Senna. Named for the late racing driver, the McLaren Senna boosts the 720S engine to 789 hp and 590 lb-ft. On top of that extra power, the modified chassis and bodywork are lighter and deliver better aerodynamic performance. A new generation of carbon ceramic brakes helps reduce the size and weight of the system while maintaining braking performance. The Senna can run the quarter-mile in under 10 seconds.

If you want maximum comfort with your 700 hp, then Bentley can help. The Continental Supersports offers 700 hp and 750 lb-ft of torque. That power comes from a turbocharged 6.0L W12-cylinder engine. It’s an unconventional layout, but this car shows that it works. Since this is a Bentley, the car is also loaded with premium hides, deep carpeting, and a level of luxury that’s second to none. It’s also a convertible so you can exercise those horses with the roof down and your hair blowing.

Lamborgini offers up multiple models of the Aventador that can blow past 700 hp. The Aventador S coupe and roadster use a 6.5L V12 that puts out 740 hp at a screaming 8,400 rpm. And they do it while wearing the carbon knife-edge bodywork that could only come from Sant’Agata. But the really special one is the SVJ. It stands for Super Veloce J. Ok, the letter J isn’t as cool as Super Veloce, but it doesn’t matter. 770 hp, 531 lb-ft, weight trimming, and active aerodynamics all make this a rocketship.

Bugatti comes in with one of the most powerful vehicles on this list. The Chiron’s 8.0L, quad-turbo W16 engine is related to the W12 in the Bentley Continental, but it’s a distant one. Under the rear engine cover of the Chiron, this massive powerplant puts out 1,479 hp and 1,180 lb-ft of torque. It can go from 0 to 400 km/h and back to a stop in under 42 seconds. To help cool the engine, transmission, and even the gearbox are a total of 10 radiators. Double most other performance cars. Just in case the horsepower wasn’t enough to let the Chiron fly, it can lower its ride height and change the angle of the wing for maximum top speed.

Their latest is the Huayra Roadster. The twin-turbo V12 is produced specially by Mercedes-AMG just for Pagani. It’s good to have business friends in high places. In the Roadster, the engine makes 754 hp and 740 lb-ft of torque. That power is sent to the rear wheels through a seven-speed automated manual gearbox. Thanks to clever engineering, the Roadster is actually 70 kg lighter than the coupe.

Swedish supercar magnate Christian von Koenigsegg doesn’t make many cars each year – Koenigsegg builds about 25 in a good year – but boy howdy are they powerful.

The Regera uses a twin-turbo 5.0L V8 and a trio of electric motors for a combined 1,797 hp. And 1,475 lb-ft of torque. It makes so much power just from the electric motors that the car uses a single-speed direct drive instead of a conventional gearbox. In EV-only mode, the car still nearly breaks into the 700s, making 697 hp and 664 lb-ft. Top speed is electronically limited to 410 km/h.