Top 10 Women in the Automotive Industry

A top ten list of successful women gearheads, from engineers to racers, who rock the automotive industry. 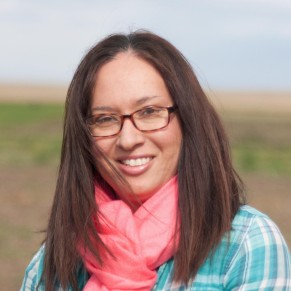 The automotive world is traditionally male-dominated, but it doesn’t mean there aren’t any women working in the industry. Actually, as of 2013 in the US, 25.4% of jobs in the manufacturing of motor vehicles and equipment are held by women. This is a long way from being adequately gender-equal, but it’s still a significant amount. From engineers to racers and other areas in-between, the women below inspire other women gearheads to follow their passion and get involved in the industry.

Let’s crack the hood and take a look at these top 10 pioneering women in the automotive industry.

Simona de Silvestro and Danica Patrick both placed in the 2010 IndyCar race, the first time two women have held positions in the top ten. One of the Swiss racer’s most notable achievements was in 2008 when she won the season opener at the Atlantic Championships. Not only was this her first win but she also became the second woman to win in this competition.

From manufacturing engineer to Senior Vice President of Global Quality and Customer Experience, Boler-Davis has rapidly moved up positions in the GM Company. Even before her promotion to Senior VP, Automotive News recognized her in their list of 100 Leading Women in the North American Automotive Industry. In 2014, she was awarded the Technologist of the year award by the Women in Colour Magazine.

If that last name is familiar, it’s because Elena Ford is the great-great-grand-daughter of Henry Ford, founder of the Ford Company. However, Elena is the first female Ford to hold such a significant position – Vice President – within the company. Promoted to this new role in 2013, she handles consumer experience, improving vehicle quality, and oversees establishing best practices to aid Ford in expanding their operations globally.

Danica Patrick is a well-known female racer. She really hit the spotlight in 2008 when she won an IndyCar race – the first woman to do so – and she placed in the top ten for at least two more years. She seems to have her eyes set on having many firsts. For example, in 2013 she became the first woman to win the pole position at the Daytona 500. The last time a woman – Janet Guthrie – got close to something like this was in 1977. Patrick has a simple goal of being the best racer out there, not just the best female racer.

Barman did not initially intend to work in the automotive industry, but a summer internship led this woman gearhead to a successful career, as she is now the Vehicle Line Executive for the Chrysler Group LLC. She considers her most notable achievement to be her work on the Chrysler 300, Dodge Charger and Dodge Magnum.

Hasenfratz took over the role of CEO from her father and founder of Linamar Corporation, one of Canada’s largest auto-parts makers. Since settling into her executive role in 2002, she has tripled the revenue brought in by the company. She was named EY’s Entrepreneur of the Year in 2014 and she was the first woman ever to hold the title.

In 2013, Hardy was named Vice President of Marketing for BMW of North America. Most notably, she was awarded the 2014 Brand Genius Winner for Automotive by AdWeek, due to her being the leading force behind BMW’s marketing campaign at the 2014 Winter Olympic Games in Russia. BMW went so far as to actually design the U.S. bobsled team’s sled, which was made with the same carbon fibers as BMW’s i-series of electric vehicles.

Schieffer is the lead development engineer for battery electric vehicles (BEVs) at General Motors. Gasoline-powered cars are still the norm, but the automotive industry can benefit from venturing into technologies that allow for decreased emissions such as electric cars. Shieffer, together with Rebecca Roth and Jessica Moreno, is one of the three women engineers at GM leading the way for a cleaner, smarter automotive industry.

Elisabeth Baron is the technical specialist in virtual reality and advanced visualization at Ford Motor Co. That’s a cool job title but what it really means is that she manages the Immersive Virtual Environment Lab. This allows designers and engineers to experience a vehicle even before it’s built using virtual reality technology where a person is immersed in a photo-realistic environment. That’s some advanced and sophisticated stuff.

Mary Barra is in her second year as the CEO of General Motors in the United States, and she is the first woman to run a major automaker company. A veteran in the automotive field, she previously oversaw design, engineering and quality responsibilities for GM vehicles worldwide. Barra is recognized as a powerful woman in the auto industry and in business, as she was named by both Forbes and Fortune magazine on a list of powerful women.

PHEV Crossovers: 10 Things To Know Before you Buy...