Top 10 Subaru's of all time

Here are my choices for the top 10 Subaru's, taking into consideration enthusiast popularity, performance, styling and innovation.

Subaru has a loyal following of owners who are enthusiastic about their “Subie.” What makes Subaru unique is that all current models, with the exception of the RWD BRZ possess Subaru’s symmetrical full-time All-Wheel Drive system, which certainly gives the driver “confidence in motion” in any driving conditions. Subaru is a unique automotive brand offering dependable and high quality vehicles in the Canadian market.

“We’re proud of every model in the Subaru family as each one has propelled our momentum and helped us hone our product offering based on our core engineering – our SUBARU BOXER engine – and the drivetrain that makes the most sense for consumers,” said Joe Felstein, Director of Marketing, Subaru Canada, Inc. in an exclusive interview with wheels.ca. “In most cases, that’s the celebrated Subaru symmetrical full-time All-Wheel Drive system, but our rear-wheel-drive sports coupe, the BRZ, has also expanded the Subaru family by welcoming new customers to the brand.”

The popularity of Subaru has grown in recent years from appealing to a niche market with the quirky, boxy, rugged look of their vehicles to evolving into more mainstream contemporary designs that appeal to a wider audience. Here are my choices for the top 10 Subaru’s, taking into consideration enthusiast popularity, performance, styling and innovation. Let us know what’s on your top 10 Subaru list in the comments section. 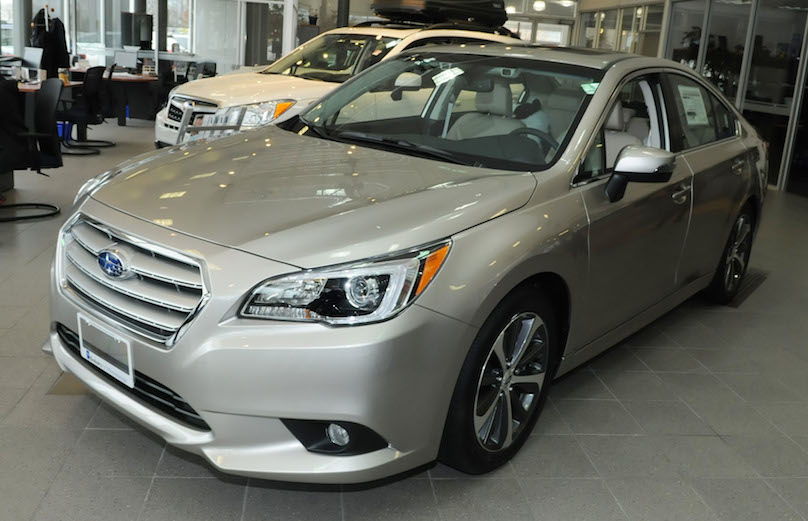 The Legacy sedan has been around since 1990 and has gotten better with each generation. The current sixth generation Legacy won the coveted Automotive Journalist Association of Canada (AJAC) 2015 Canadian Car of the Year Award for its overall outstanding quality and driving characteristics. Available with a 2.5L 4-cylinder Boxer engine or 3.6L 6-cylinder Boxer, continuously variable transmission (CVT) or 6-speed manual, all Legacy models are equipped with Subaru’s symmetrical full-time All-Wheel Drive system.

The SVX luxury performance coupe was a very unique looking Subaru. The distinctive design element was the signature window-within-a-window. The SVX was the most expensive Subaru model at the time and the company lost money producing it, however it was still significant to showcase the Japanese automaker’s performance and technology advancements. Its 3.3L Boxer horizontally opposed flat-six made 231 horsepower and 228 lb-ft torque – impressive numbers for the early 1990s. 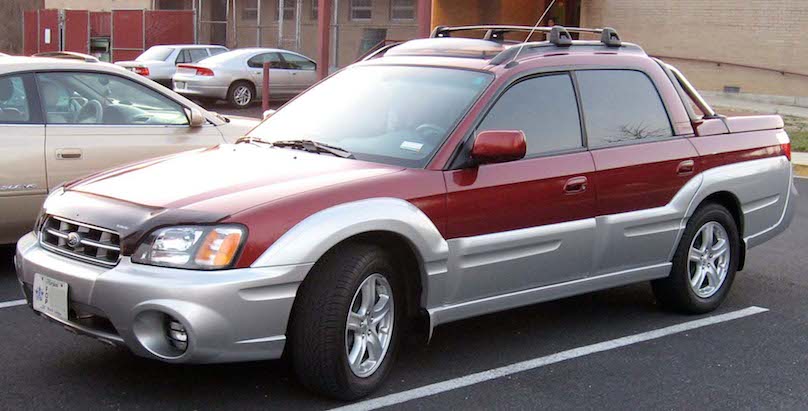 The funky looking Baja was different from any other automobile being produced during its lifecycle and that’s what Subaru wanted, something special. A car-truck hybrid, the four-door Baja was based on the Subaru Outback and its open-bed made it unique. Baja was all-wheel drive and very versatile and certainly has a place on this list. 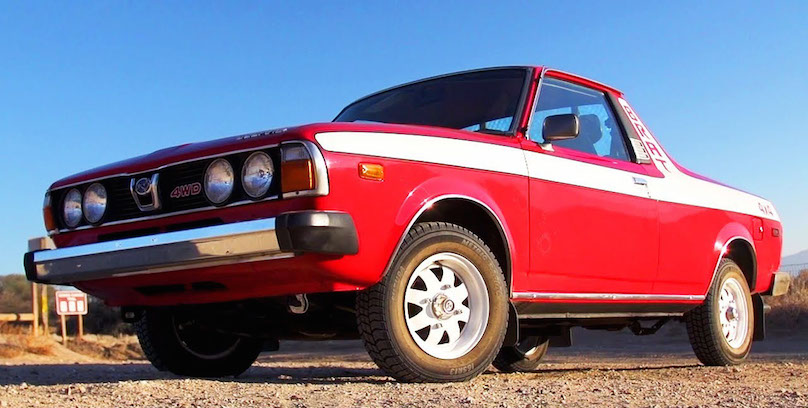 The BRAT was a quirky looking little pick-up truck sold in many markets under other nameplates except Japan. Its advantage over other small pick up trucks was its four-wheel drive capabilities. The BRAT was powered by Subaru’s EA engine and was available with a Turbo and either automatic or manual transmissions. 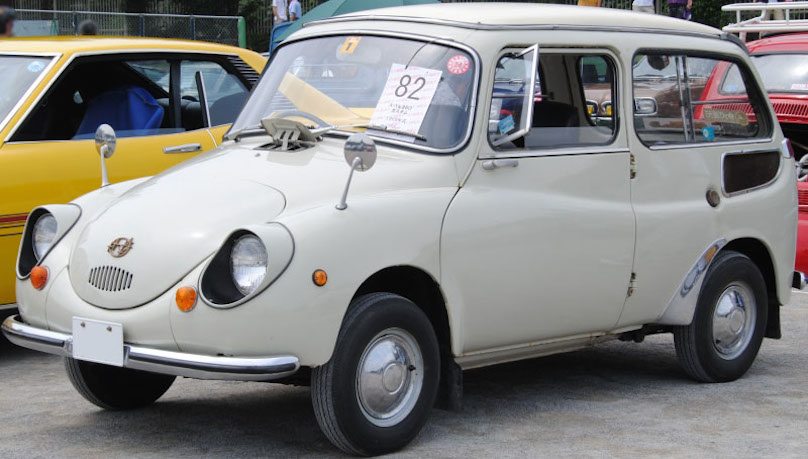 The 360 was Subaru’s first automobile whose nameplate was derived from its small 356 cc engine displacement. Production reached 392,000 over its 12-year model run. Nicknamed the Ladybug, the 360 was one of Japan’s most popular cars and was available as two-door, station wagon, convertible and sport model variants. The two-door, rear engine city car weighed only 1,000 pounds and complied with Japan’s light car (Kei car) regulations during its time. 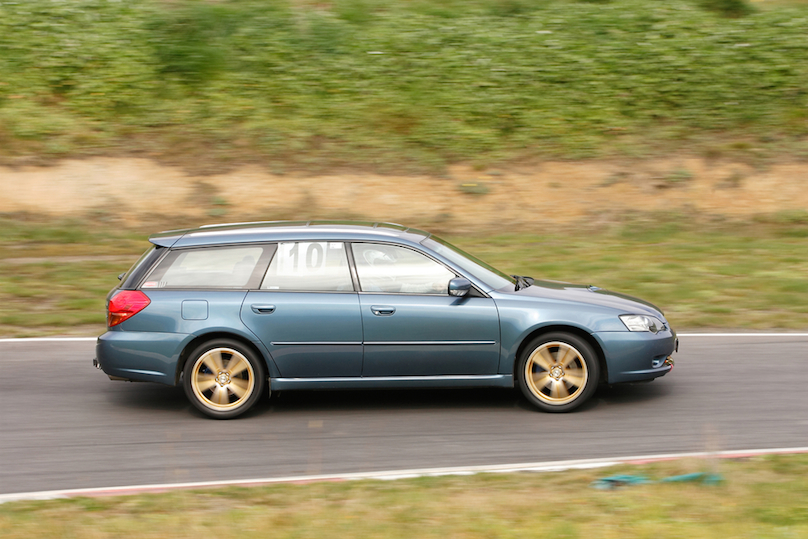 After driving a friend’s Legacy GT Wagon I know why he loves it so much. The street was covered with dense snow and the Legacy ploughed through it with ease. When I drove the GT Wagon on dry days, I was amazed by the gusto from the 2.5L turbo Boxer engine putting down 265 horsepower. The GT Wagon was available with automatic Sportshift transmission and 6-speed manual. This magnificent family hauler can do it all around the neighbourhood and on the racetrack. 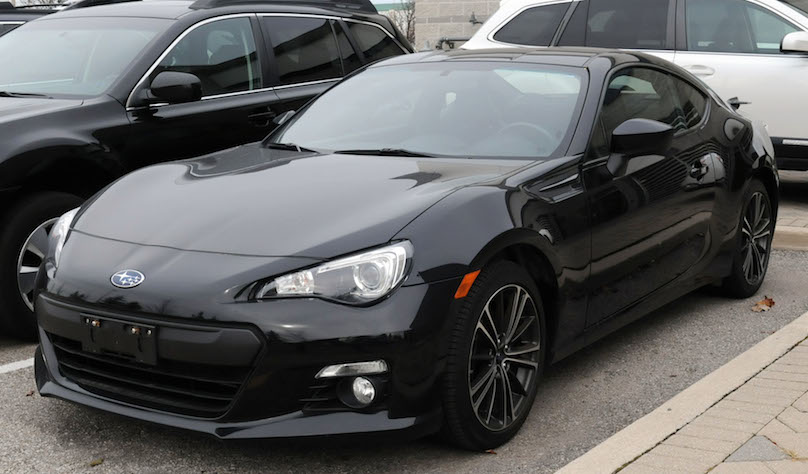 Jointly developed with Toyota (Scion FR-S) the BRZ is the only rear-wheel drive vehicle in the current Subaru line-up. This 2+2 coupe has become extremely popular as an affordable performance sports car and can be easily modified and tuned. Known as the Toyota GT86 and FT86 in other markets, BRZ stands for Boxer engine, Rear-wheel drive, and Z for the zenith. There are subtle trim and suspension differences between the BRZ, FR-S and GT86, however they all share the same 2.0L Dual Overhead Cam, 16-valve, horizontally opposed, 4-cylinder Boxer engine making 200 horsepower. This adrenaline pumping sports car possesses a low centre of gravity and sport-tuned suspension system for razor-sharp handling. Starting at $27,395 (MSRP), it’s an incredible value and a future classic. 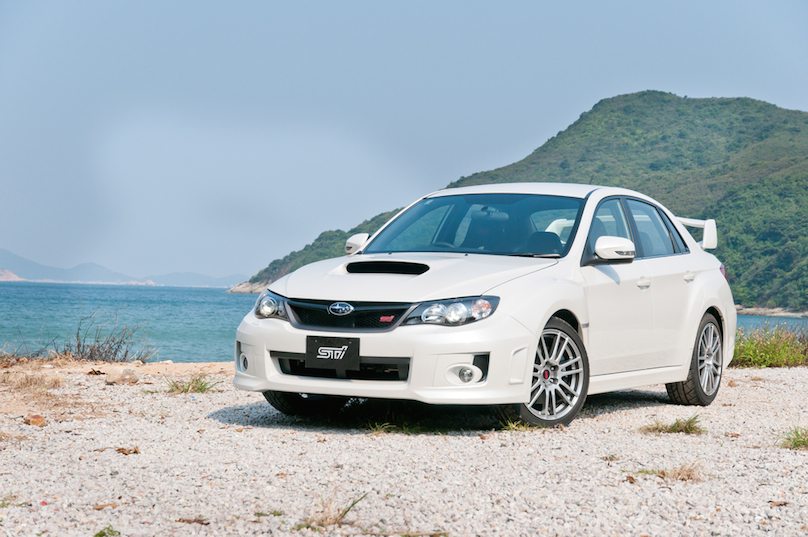 When the much-anticipated Impreza WRX arrived in North American showrooms in 2002, it was an instant success. This was the first turbocharged Subaru available in Canada. With its signature “bug eyed” front, pronounced hood scoop and chiselled good looks, the WRX got the attention of tuners and rally racers for its outstanding performance and handling characteristics. All WRX models feature Subaru’s ubiquitous Boxer engine and symmetrical full-time All-Wheel Drive system making the WRX a winner on the rally track circuit and in the hearts of Subaru enthusiasts.

The 2004 WRX STI was the first STI (Subaru Tecnica International) model available in North America. The 2.5L Flat 4 Boxer engine put down a whopping 300 horsepower and 300 lb-ft of torque mated to a 6-speed manual transmission and all-wheel drive. The STI is no sleeper with a huge hood scoop, rear spoiler, massive brakes and gold wheels, this was a legend in the making and set the stage for all the other STI performance models that have followed. The current WRX STI boosts 305 horsepower. 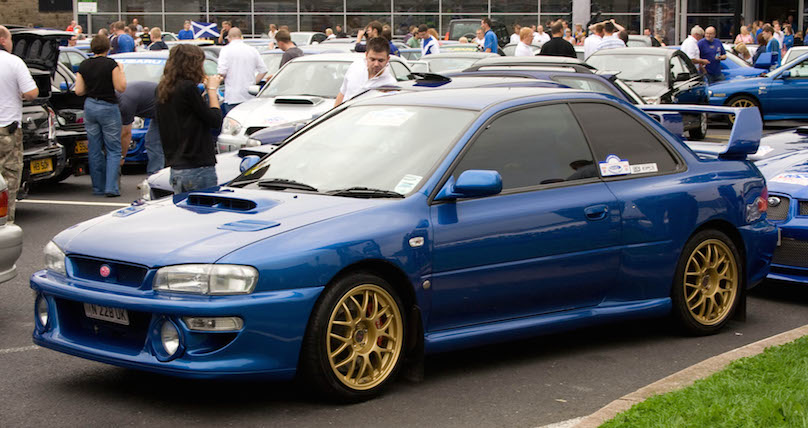 This limited edition wide body coupe was produced to commemorate Subaru’s 40th anniversary and success in FIA World Rally Championship racing. 22B STI was sold in Japan, UK and Australia and is a coveted collectors item amongst Subaru enthusiasts. The turbocharged 2.2L engine made an incredible 276 horsepower. All 22B STI examples are dark blue with fender flared wide body trim, a unique hood and adjustable rear wing. Bilstein suspension, red STI brake callipers, and 17″ gold wheels complete the sporty appearance. 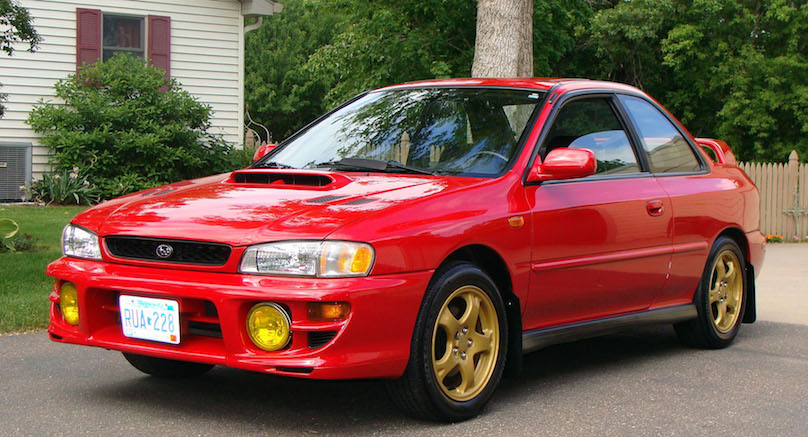 The Impreza 2.5RS coupe was introduced in 1998 to the Canadian market as the first rally inspired Subaru available to the everyday consumer. The 2.5RS had the same body style and AWD system that was being used by the Prodrive tuned powerhouse Subaru’s that were winning races in the World Rally Circuit. The 2.5RS was the most significant Subaru model to captured the imagination of performance enthusiasts and contribute towards the popularity of Subaru in the rally world. The 2.5RS looked aggressive with it’s bulging hood scoop, large rear spoiler, gold coloured alloy wheels plus the 2.5L flat four engine put out a respectable 165 horsepower making it a fun car to drive.

Derek Serianni, administrator of the Toronto Subaru Club said, “the 2.5RS was the car that started it all for Subaru enthusiasts in Canada because it was the first rally inspired Subaru we could get our hands on. Our club was initially formed in 1998 as the 2.5RS Club of Toronto, which goes to show what an impact it was on the scene back then. In 2000 we re-branded the club as The Toronto Subaru Club as Subaru’s became more popular and our membership base started reflecting this.”

“With each new model iteration, we are listening to the needs of our customers and the current generations of our product portfolio is proof positive that we are resonating more and more with Canadians,” commented Joe Felstein from Subaru Canada. “We are on track for our fourth consecutive annual sales record this year. A portion of this success can be attributed to Subaru’s belief in safety, durability, quality and reliability, performance and appealing to adventure and active lifestyle owners.”

The Toronto Subaru Club (TSC) is a perfect example of how enthusiastic Subaru owners are about the brand. With 11,000 online forum members spanning Canada, TSC welcomes all Subaru owners to join in the camaraderie and love affair with Subaru.

“The loyalty and passion of our members is obvious by the joy and pride they take in their Subie” commented TSC administrator Derek Serianni. “Subaru Canada is a tremendous support for our club by hosting our annual Hyper Meet car show and matching our charitable donation to Ronald McDonald House Charities Toronto for sick children receiving medical treatment. Kudos to Subaru Canada for listening to their customers and what we want to see in terms of product features and enhancements – which have come to fruition.”