10 of the greatest Le Mans racers

The 24 Hours of Le Mans endurance test is also a showcase for the most technologically advanced cars in the world.

MORE than just a showcase of some of the world’s fastest cars being piloted by some of the most famous names in motorsport, the 24 Hours of Le Mans endurance test is also a showcase for the most technologically advanced cars in the world. Indeed, many of the technologies that you and I can experience in showroom-spec models got their start on La Sarthe in June.

We take a look at some of the more spectacular, outlandish and altogether memorable chariots that have graced the legendary Circuit de La Sarthe in southwestern France. 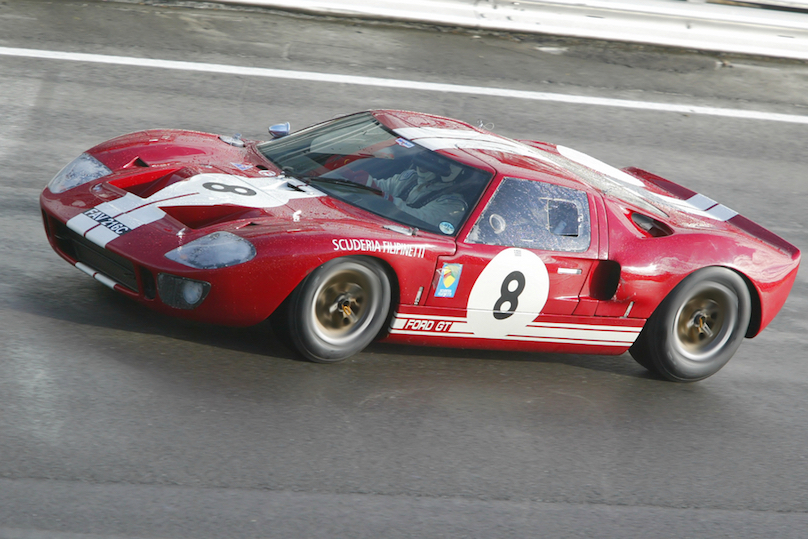 Yes; Blue Oval pushrod V8 power, stunning looks and that oh-so-classic black and gold livery are all well and good. However, it’s the way the GT40 program came to be that is so remarkable. Henry Ford, irritated that a deal with Enzo Ferrari to buy the latter’s namesake brand fell through in the 11th hour, wanted a modicum of retribution. What better way to do so than on the track? After all, we all know the story: Ferrari only built road cars to help fund his racing habit. Ford would have the last word when not one, not two but three GT40s crossed the finish line in unison. 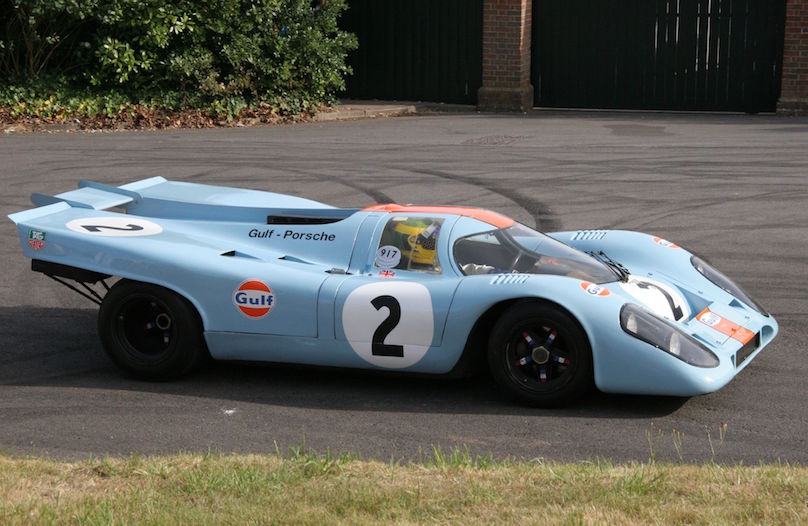 In either K (“Kurzheck”, for “short-tail) or LH (“Langheck”, for “long-tail”) form and painted in anything from the psychedelic purple and gold “hippie” livery or classic powder blue and orange Gulf livery, anyone who calls themselves a fan of Le Mans knows of the Porsche 917. It had a rather infamous start when one of the first ones crashed and killed its driver, privateer John Woolfe (he hadn’t properly strapped himself in after the classic and now extinct Le Mans start), the car would go on to capture the hearts and minds of fans both by winning the 1970 test, and starring in a movie with Steve McQueen. Not only that, but the 917 would go on to take numerous forms, culminating in the 1600-or-so-hp 917/30 Can-Am racer. In Sunoco blue and gold, of course. 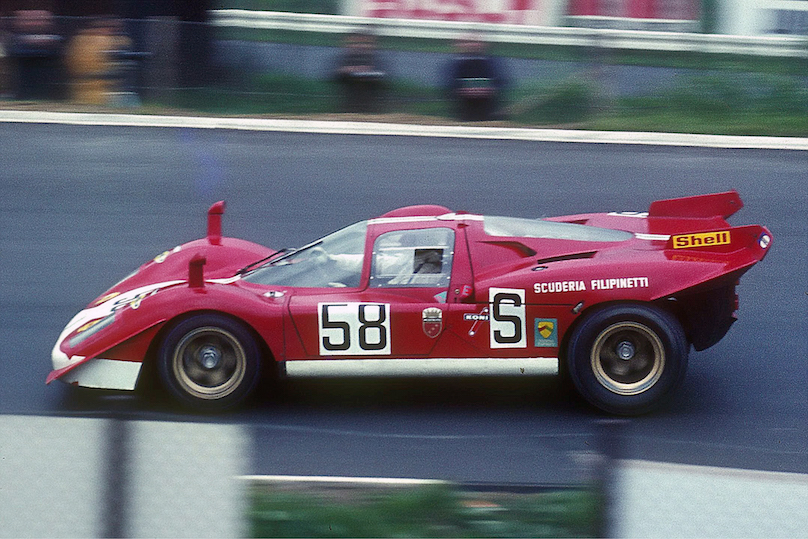 Sharing the screen with McQueen’s 917 in Le Mans were the Ferraris; indeed, all good action movies need a good villain, and the Scuderia Ferrari Steeds were just right. After all, until Porsche started to dominate, Ferrari had been the dominant force at Le Mans, racking up 8 overall victories since 1954. So, the 512S with its shrieking V12 was the perfect foil.

Alternative fuels and propulsion systems have been tested before at Le Mans – there was four-wheel drive in the ‘30s, rotary power in the ‘90s, even turbine power in the ‘60s – but aside from the Mazda 787B and its 4-rotor Wankel powerplant, these attempts had been met with little success. Until 2006, that is, when the diesel-powered Audi R10 TDI almost swept the podium. Until recently, various versions of diesel-powered Audi prototypes have been cleaning up at Le Mans, threatening all-time win leaders Porsche. 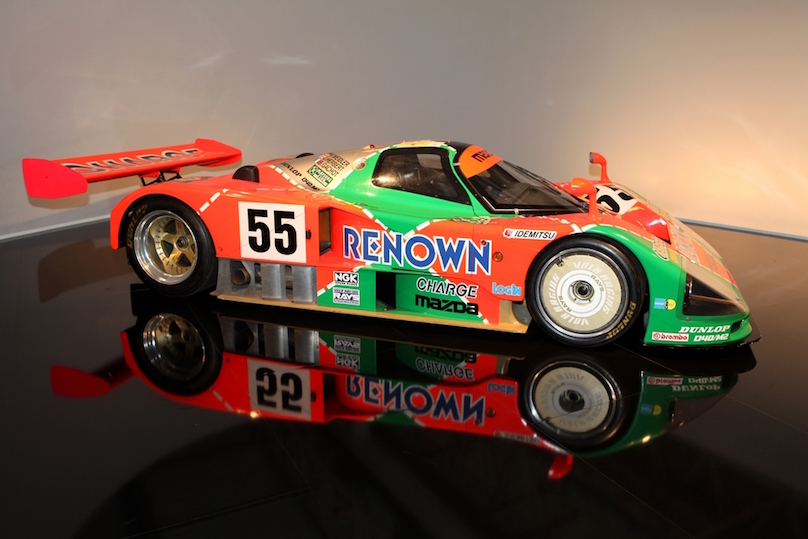 It was easy to spot, thanks to its classic orange and green “Renown” livery (it’s a Japanese textile company, in case you’re asking) but you’d hear it a long, long time before you’d see it. Never before or since has a racer – not just a Le Mans racer, but any racer – sounded quite so feral. NASCAR stockers? Sorry, partner, but no. European touring cars? Is that a swarm of insects I’m hearing? F1 cars? Psshaw. The 787B’s unique rotary engine had to spin to 9,000 r.p.m. to achieve its peak hp figures, so you can imagine the banshee wail that comes from that. Better still, it managed to achieve what no Japanese manufacturer had before or since, and win outright at Le Mans. 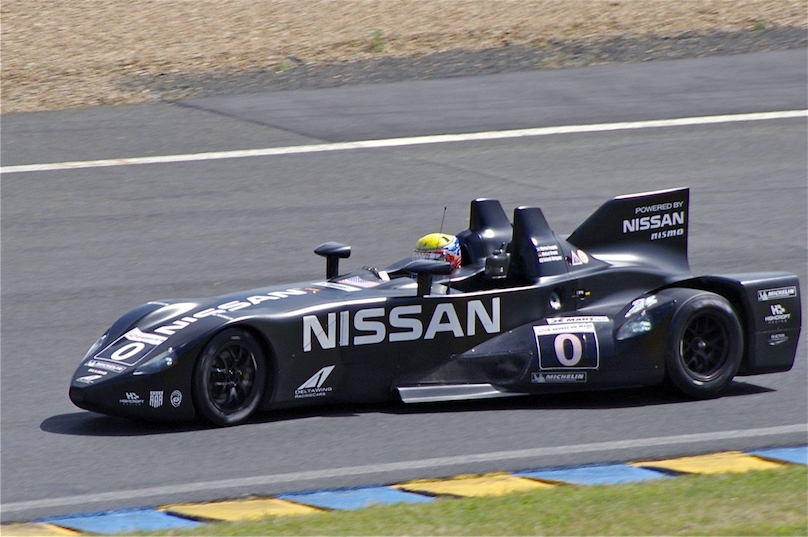 By David Merrett from Daventry, England – Flickr, CC BY 2.0,

The images will stay with race fans forever: driver Satoshi Motoyama, stepping out of his stricken SR-71 Blackbird-shaped DeltaWing racer, attempting to revive it by any means necessary at the side of the track and finally succumbing to defeat, holding his still-helmeted head in his hands. You couldn’t see them, but you could feel the tears. The car that had defied all odds of convention more than any before it – it needed bespoke ultra-thin BBS wheels and Michelin tires in order to fit its ultra-narrow nose – and actually managed to basically inhabit a category all its own at Le Mans, was not going to be able to finish. Still, though; that shape will forever be remembered, and while you can’t really say the experiment was a success in the winning sense, it was absolutely a success in that it actually made it to the starting grid and onto the official manifest. 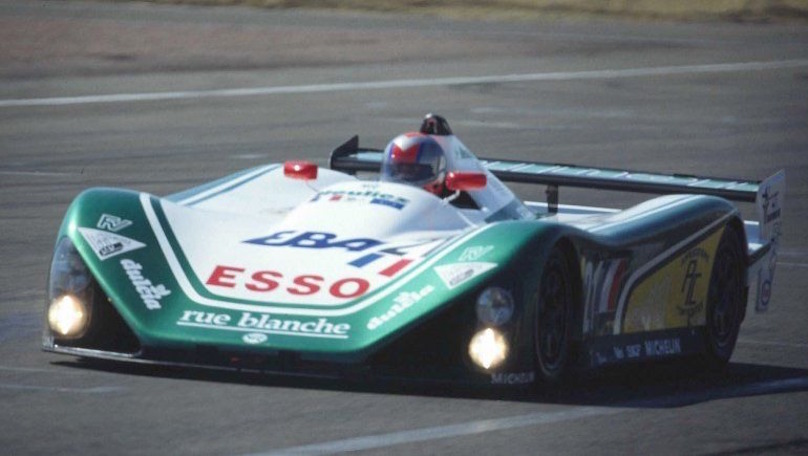 They would probably never admit it, but Welter Racing probably never intended on winning the race. Heck; they may never had intended on finishing. It was 1988, and the winds of change were already blowing at Le Mans; soon, the track’s famous Mulsanne Straight would be forever altered with the addition of two chicanes to slow the cars down, as advances in turbo and aero tech had let to some astonishingly quick – and astonishingly dangerous – race cars. They had to make a change. So, the WR folks seized the opportunity and took to the track with a very specific goal: to hit 400 km/h during the Le Mans race. That they did, driver Roger Dorchy reaching 407 km/h (about 253 mph) and setting a record that will likely never be broken. 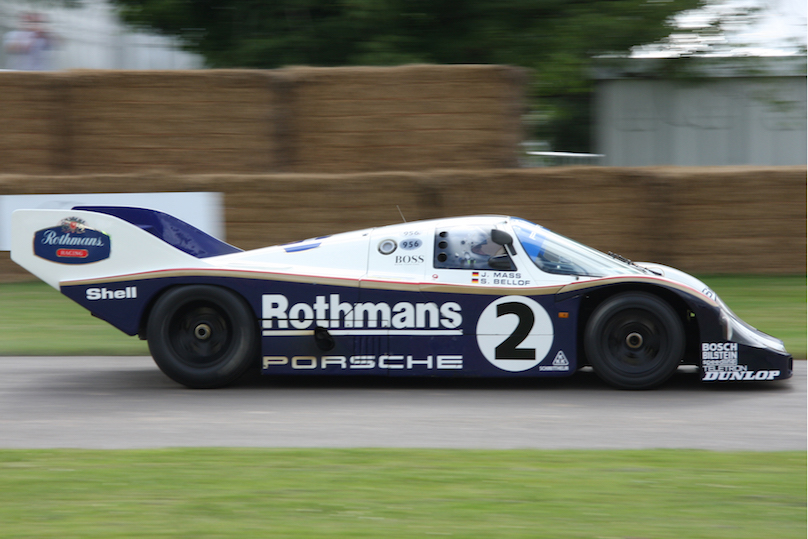 Versions of this Porker would continue to run (and win!) the race as recently as 1994, but we selected the 1982 model simply because it was the one that started it all, eventually finishing as the winningest model ever to lay rubber on La Sarthe, a run that included a year – 1983 — where 9 of the top 10 finishers were 956s. Often finished in the oh-so-classic Rothman’s cigarette livery, the car would be driven by some of the most famous drivers in the annals of car racing; Derek Bell, Jacky Ickx, Mario Andretti and even Canadian kid Kees Nierop all took turns at the wheel.

Sergey Kohl / Shutterstock.com
The “Bentley Boys” of the era are likely the type of people you picture when thinking of the birth of sports car racing. Indeed, affording a car alone in the era denoted a certain status; being able to buy one just to race and brag about was a whole other ball of wax. But that’s what men like Baron Andre d’Erlanger, Woolfe “Babe” Barnato, and Dudley “Benjy” Benjafield were; rich playboys with bushy moustaches and squared jaws that had outgrown – or simply were bored of — beating each other on the rugby and polo pitches. Car racing was the next frontier, and what better car in which to do so than a proper British Bulldog of a steed, from a company built by a man that was just like them? It wasn’t all just for show, though; “Blower” denoted the cars being powered by early superchargers, tech that would go on to serve in racing- and road cars for decades. 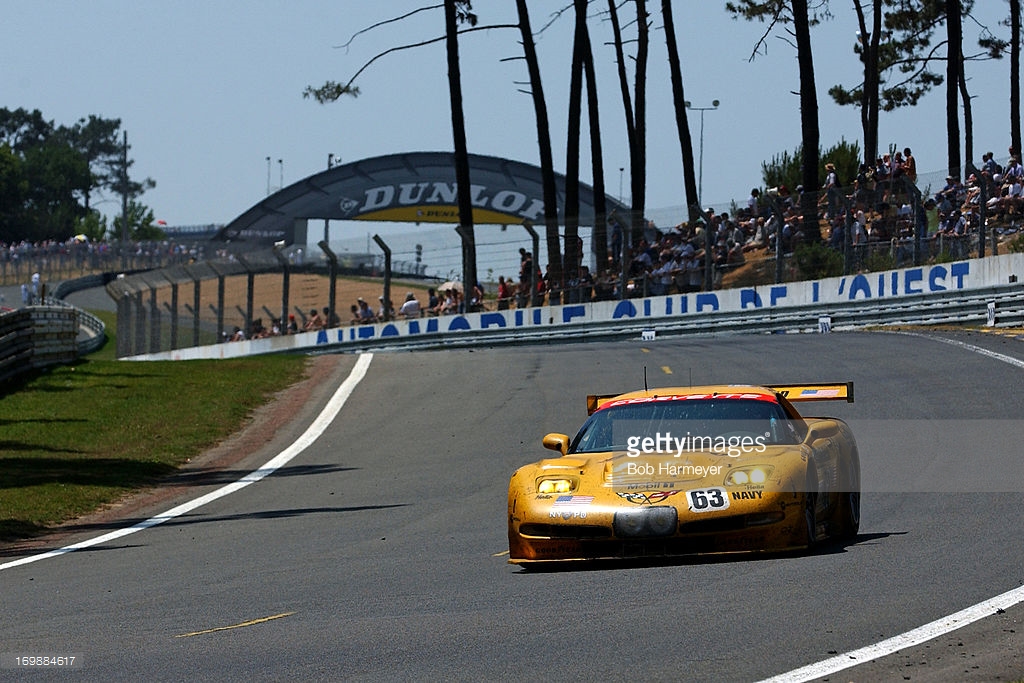 While the Bowtie brand had been to Le Mans before, it wasn’t necessarily a resounding success. Indeed, it couldn’t hold a candle to what The Blue Oval was doing with its GT40. That is, however, until 2001, when The General decided enough was enough: it was time to show the world what America’s Sports Car was all about. With Canadian Ron Fellows sharing driving duties with good ol’ boys Scott Pruett and Johnny O’Connell, the Corvette finished best-in-class for 2001, ousting the challenging Dodge Vipers, which had been owning the podium in years prior. While the Viper would fade away, the Corvettes have continued to go strong through two more generations, with only Audi achieving more class wins during that time.

ALSO READ:Honours for L’Estage; experience Le Mans in a theatre