Your next car could save you money.

Tired of wincing every time you pull up to the pumps? If so, you might be wondering whether you can make your next car purchase save you money by choosing something more fuel-efficient.

Here, we’ve done the work for you by combing through Natural Resources Canada’s 2018 Fuel Consumption Guide to find the most efficient vehicle in every category.

We’ve included plug-in hybrids for those who feel ready to make the leap into overnight charging at home, and traditional hybrids and gas-powered internal combustion engines for people who can’t yet see electric driving fitting into their lifestyles.

You’ll also find information on how much money choosing the most fuel-efficient car will save you in a year versus going with the best sellers in each category.

We’ve used Natural Resources Canada’s ratings and estimated fuel costs here because they provide the most consistent data available. Based on your driving style and local environmental conditions, your real-world figures are likely to vary. The 2018 calculations shown were completed based on fuel prices of $0.95 per litre for regular gas and $1.14 per litre for premium, so current real-world numbers would be higher and would produce a wider gap.

If money is your primary concern in shopping for a fuel-efficient car, bear in mind that the best performance in a given segment may be within a tenth or two of the car you actually want to buy, which is a difference that will be negligible over the life of your vehicle and could easily be made up if your preferred choice has a lower purchase price. Think of this research not as a be-all-and-end-all but as a solid starting point for your own decision-making.

Also, 2019 models are beginning to arrive in dealerships, and since the NRCan five-cycle tests results aren’t available for most of those as of yet, they aren’t captured in this list.

For ease of use, we’ve included all vehicles in a given segment here, including luxury and non-luxury. Luxury buyers tend to have the budget to spend more on fuel, anyway – but, surprisingly, a couple of high-end models made the list. (You’ll still spend more on many of these, though. They often require premium fuel.)

We also haven’t included fully electric vehicles in this round-up – the fact that they’d be more fuel-efficient than all of these is a given. This list is intended for those who have already decided that a full EV isn’t a good fit for them and are exploring more traditional options. Diesels have also been omitted; we have a separate round-up here of all of the diesels currently available in Canada.

PHEV: None available. The challenge of jamming both an engine, electric motor, and battery into a tiny car’s footprint is yet to be overcome.

If your budget demands bargain-basement pricing but you want the security of an automaker warranty, the Mitsubishi Mirage may be the car you’re looking for. It’s not the most powerful or fun little rig around, but when money matters it’s hard to argue with an under-$14,000 price tag (with CVT), best-in-class fuel economy, and a 10-year limited powertrain warranty. 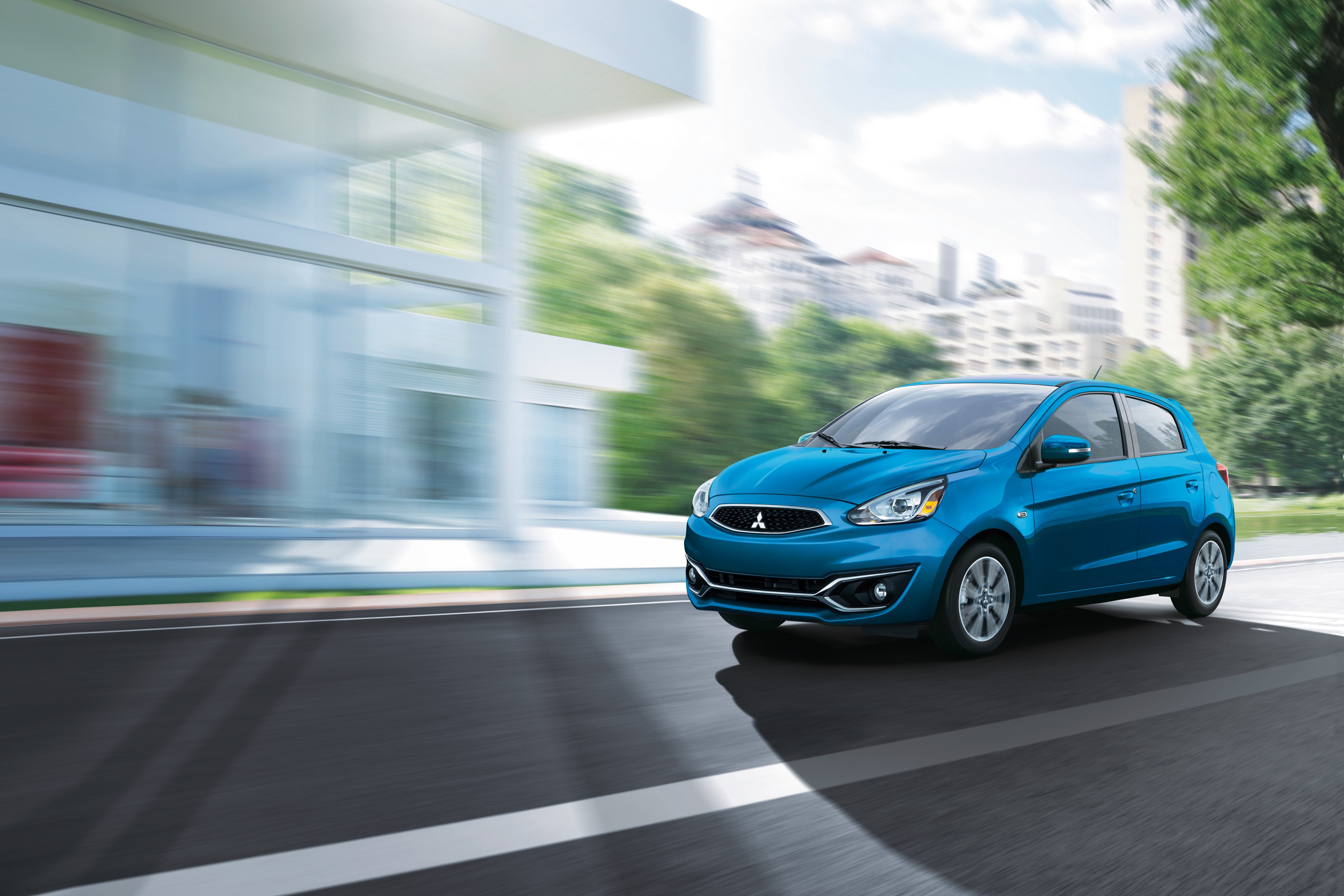 In the plug-in hybrid class with the most competition, Toyota’s only car with a connector takes top honours. 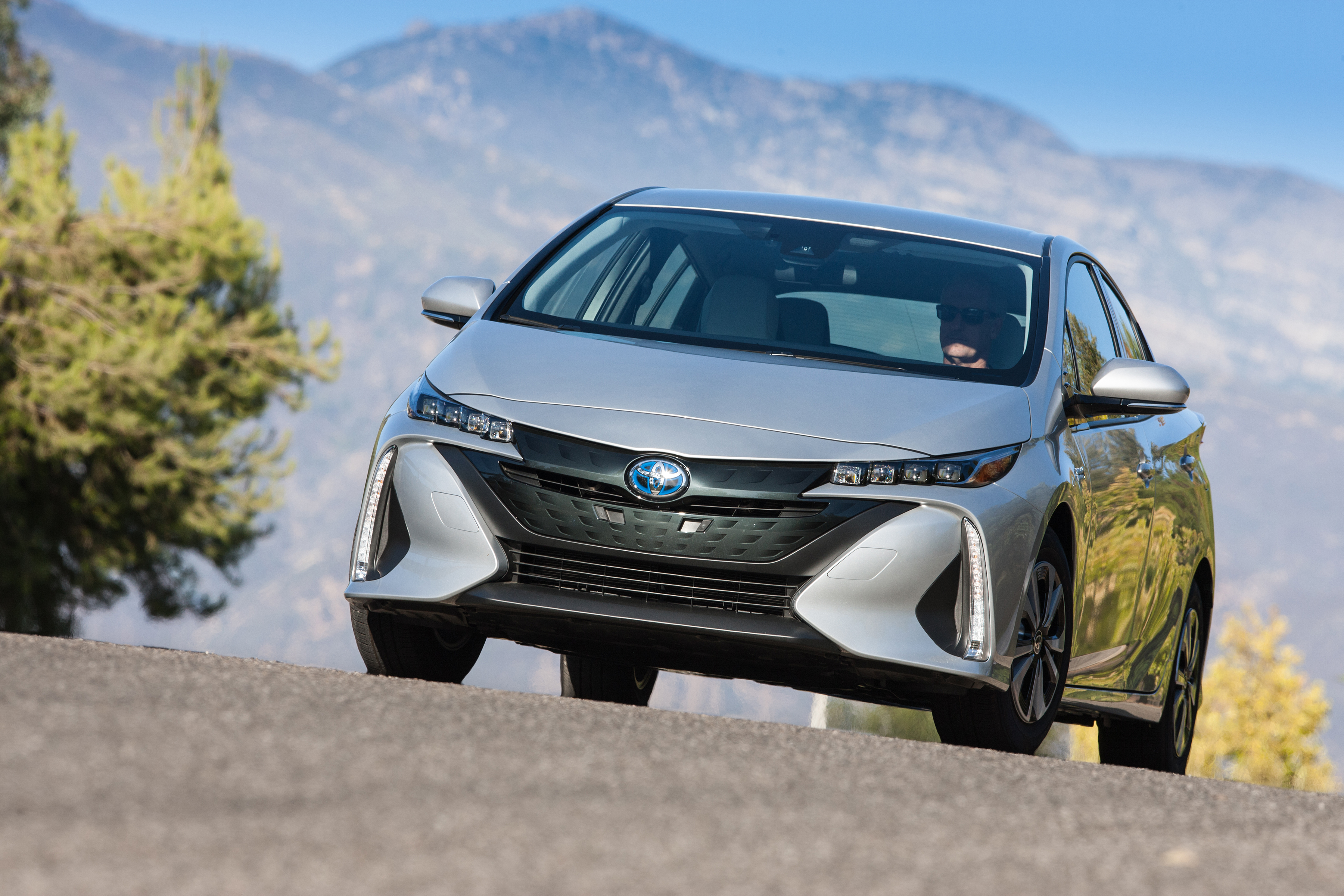 For those who aren’t ready to commit to electric power – maybe you’re worried you’ll forget to charge it overnight? We’re not judging – the Hyundai Ioniq Hybrid is the most frugal fuel-sipper. Picking it up in the base model Blue trim, which skips some of the fancier power-sucking bells and whistles, nets the best fuel economy. 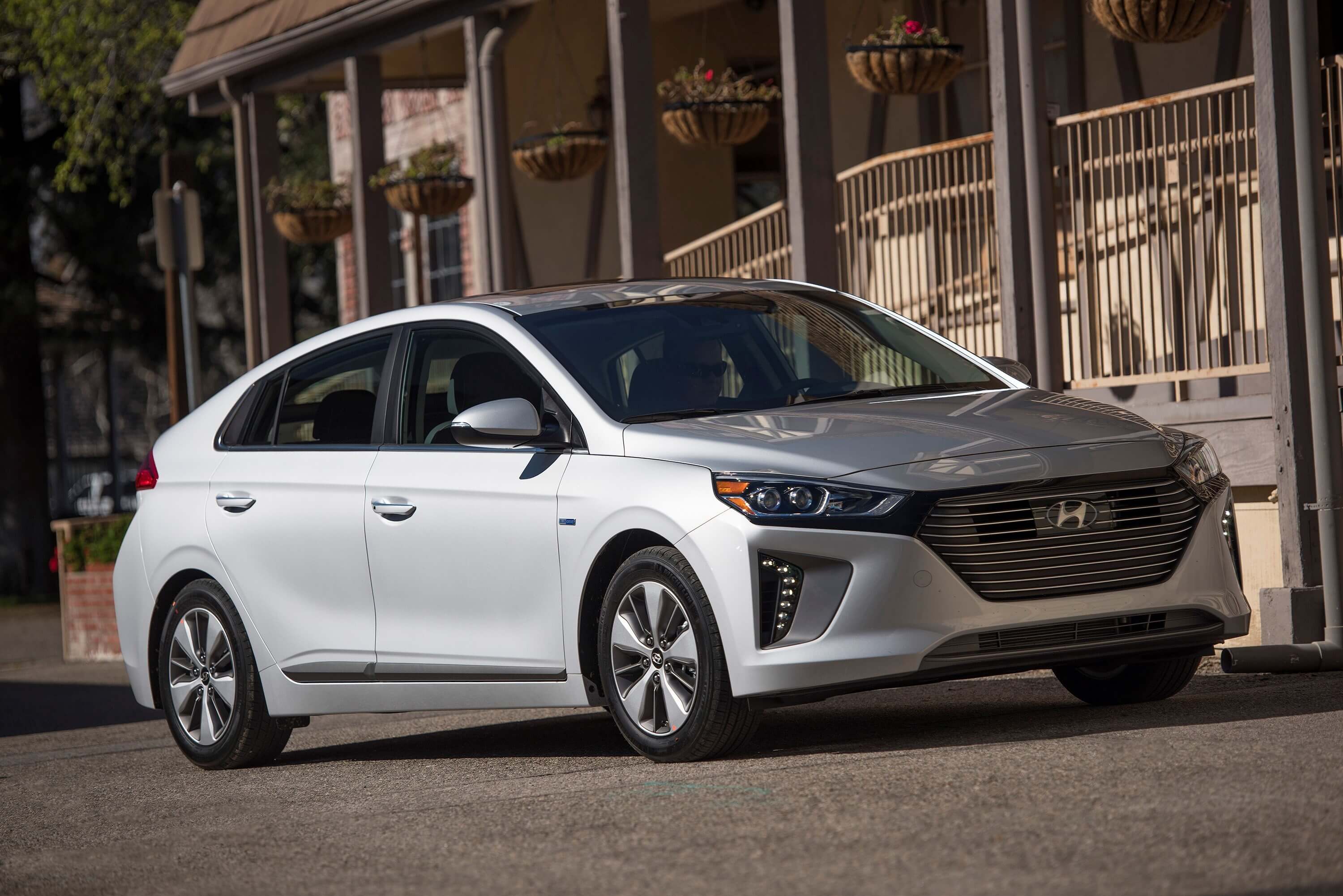 Kia may not be the brand that first comes to mind where hybrid technology is concerned, but the Optima achieves best-in-class combined equivalent fuel economy while packing a lot of value in at a price point that starts on the high side but becomes more reasonable in provinces with EV incentives. 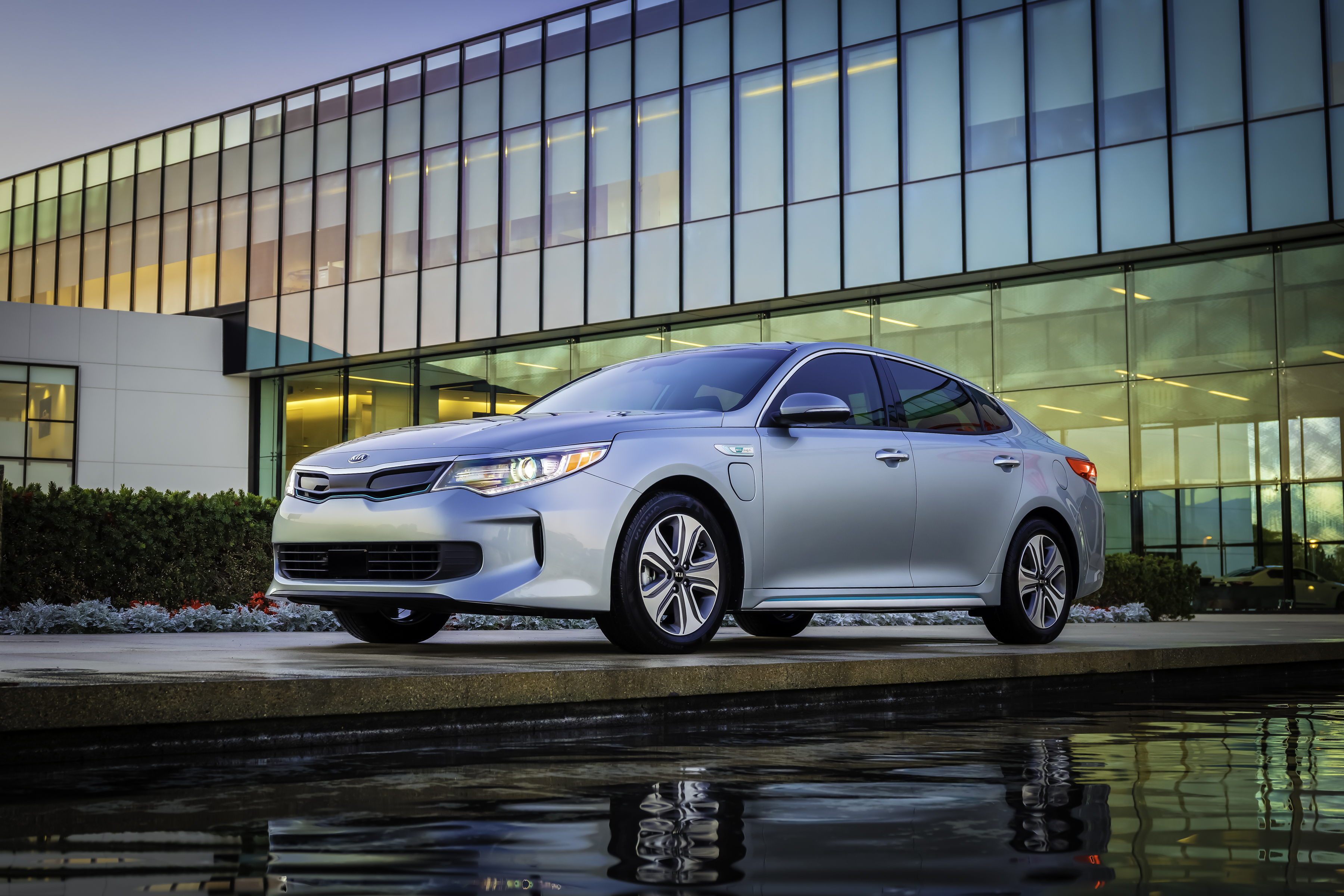 On the other hand, Toyota is probably precisely the brand that comes to mind in discussions of efficiency and hybrids, and here the brand appears on our list for a second time with the Camry Hybrid. For the best fuel economy, opt for the base LE model.

What you’ll save: The segment leader in mid-size cars in Canada through early 2018 is already the Camry, but that doesn’t separate out gas versus hybrid, so we’ll do it for you. If you opt for the thirstiest Camry, which is the XSE model with the 3.5-litre V6 engine and the sport styling package, you’ll spend $1,803 to keep it fueled for a year at 9.2 L/100 km combined. Choosing the base model hybrid instead will save you $843 at the pumps over 12 months at an estimated $960 per year. Opt for the Kia Optima PHEV over the sportiest Camry, and you’re looking at $1,006 in savings with its $797 per year cost.

If you want to ride in executive style while keeping your environmental impact to a minimum, then BMW offers its flagship long-wheelbase 7 Series with an electrified powertrain. 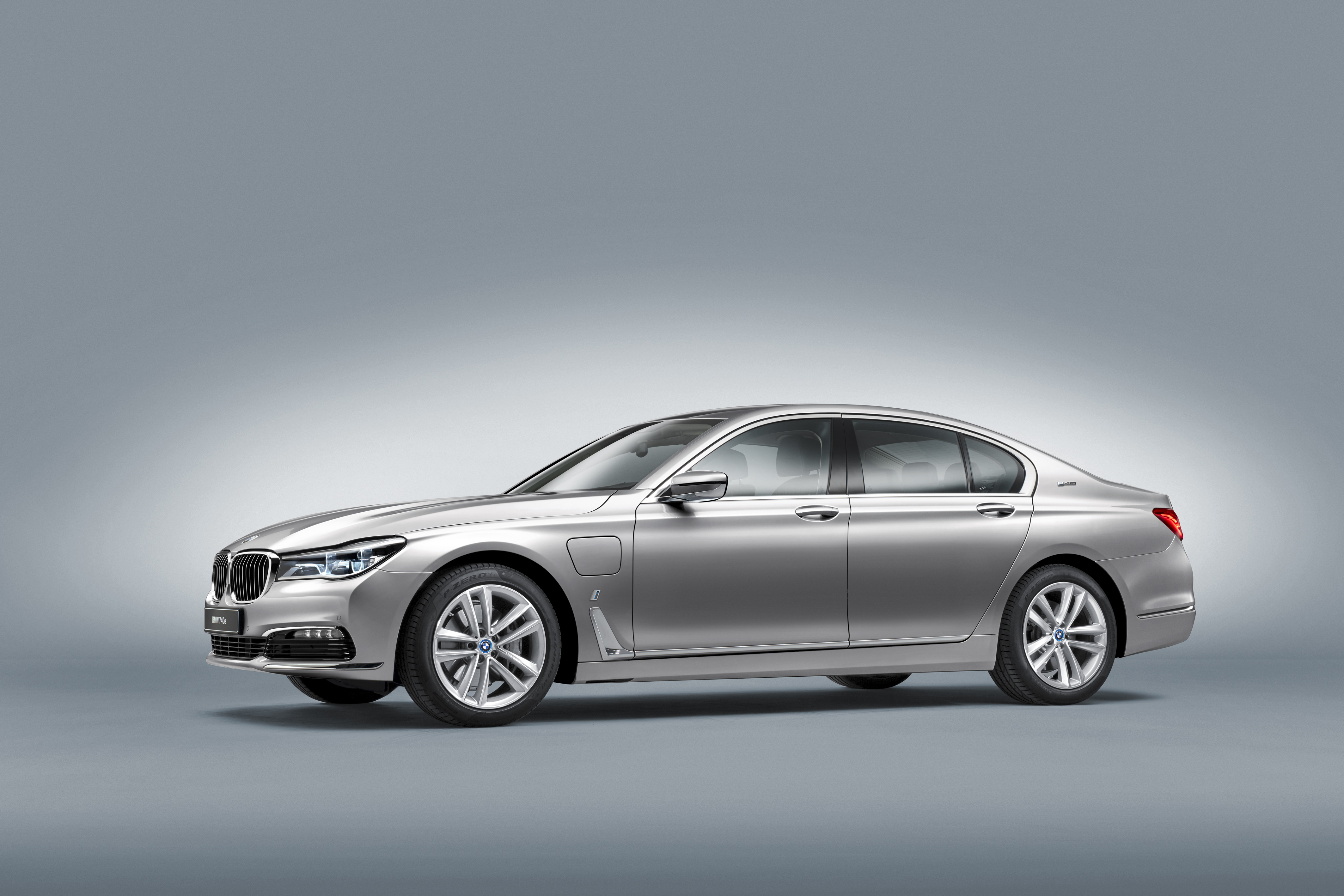 What you’ll save: The leading large sedan in early 2018 Canadian sales is the Dodge Charger. Boy, we could have a field day with this one. If you’re considering buying a Charger then you’re probably not reading this article anyway, but let’s be kind and choose the R/T model for comparison, which comes with the 5.7-litre Hemi V8 with cylinder deactivation, eight-speed transmission, and rear-wheel drive. To fuel that car for a year, you’d spend $2,411 for its 12.3 L/100 km combined, according to NRCan. That means the Lacrosse would cost $823 less at an annual cost of $1,588, and the 7 Series would cost about the same at $1,584 (dinged by its need for premium fuel and the fact that it has just 23 km of electric-only range).

If a Mini is what you’re after, the greenest option in the line-up is the Mini Cooper S E Countryman, the brand’s only plug-in offering. 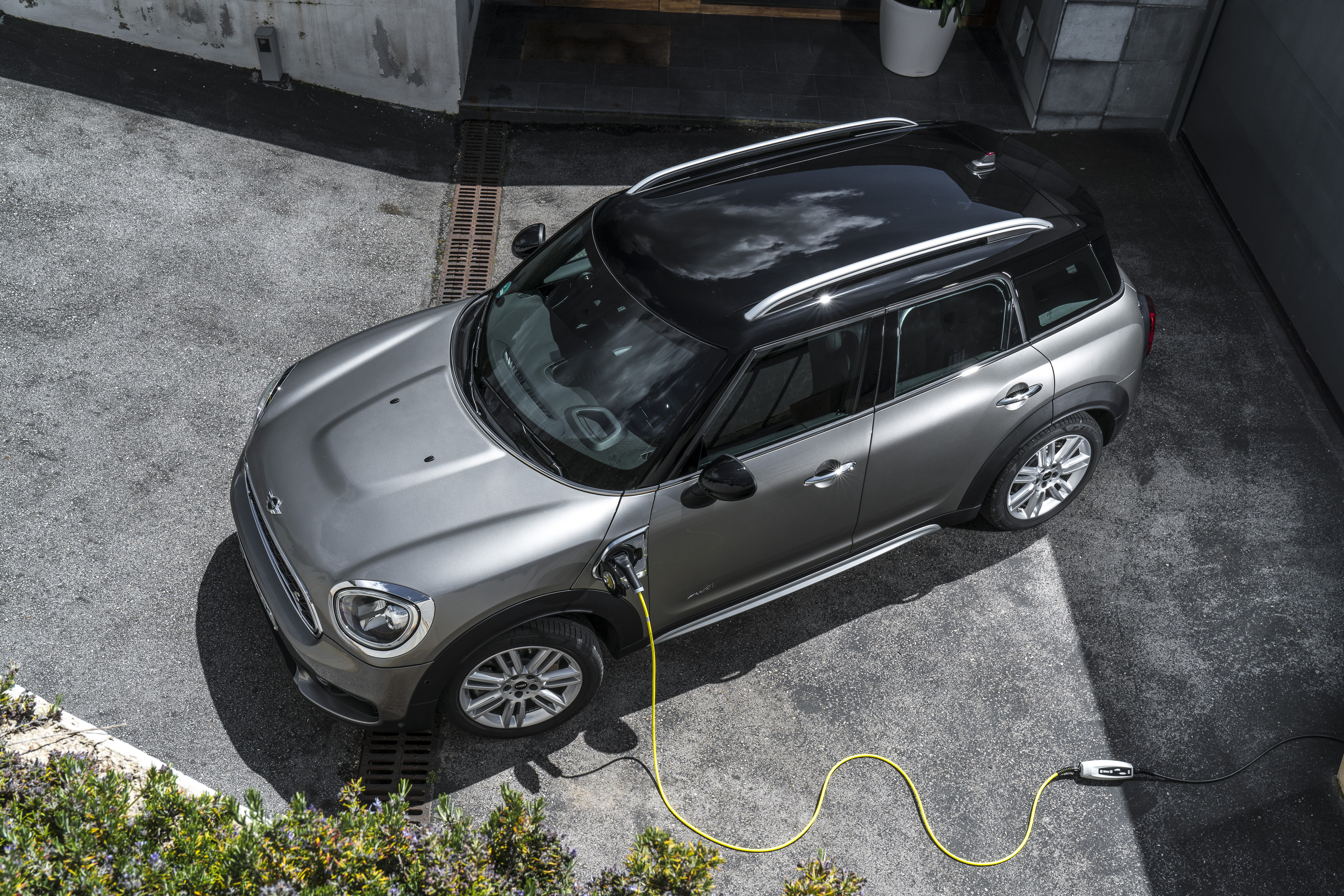 The Kia Niro has somehow failed to capture the attention of crossover-hungry Canadians despite offering excellent fuel economy and being fun to drive to boot.

What you’ll save: Over the segment best-selling Nissan Qashqai, which costs $1,588 to fuel each year in its front-wheel-drive CVT configuration (8.1 L/100 km combined). Choosing a base model Niro instead would save you an estimated $667 over 12 months ($921/year). The Mini, interestingly, ends up with a very similar fuel cost to the Qashqai at $1,589 per year thanks to its low electric range of 19 km and its need for premium fuel.

There aren’t a lot of plug-in hybrids available yet in this ultra-hot segment. Of the options that do exist, the most efficient is the Mercedes-Benz GLC 350e. 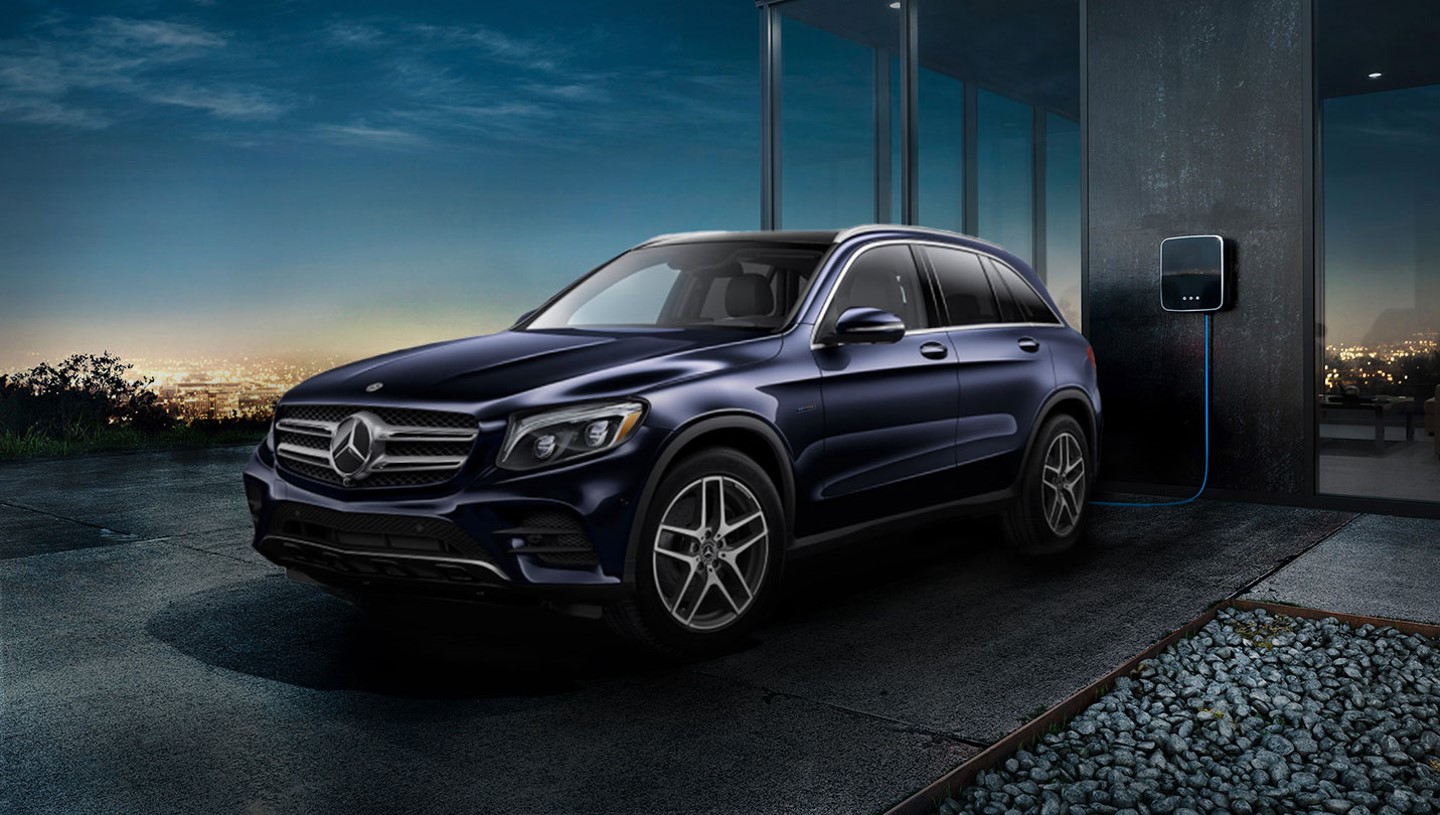 Oh, look – another Toyota. The RAV4 Hybrid checks many of the right boxes for Canadians: it’s a well-priced and fuel-efficient compact SUV. A new generation is arriving shortly, so if you’re a fan of the current generation’s styling, you’ll want to snag one quickly. 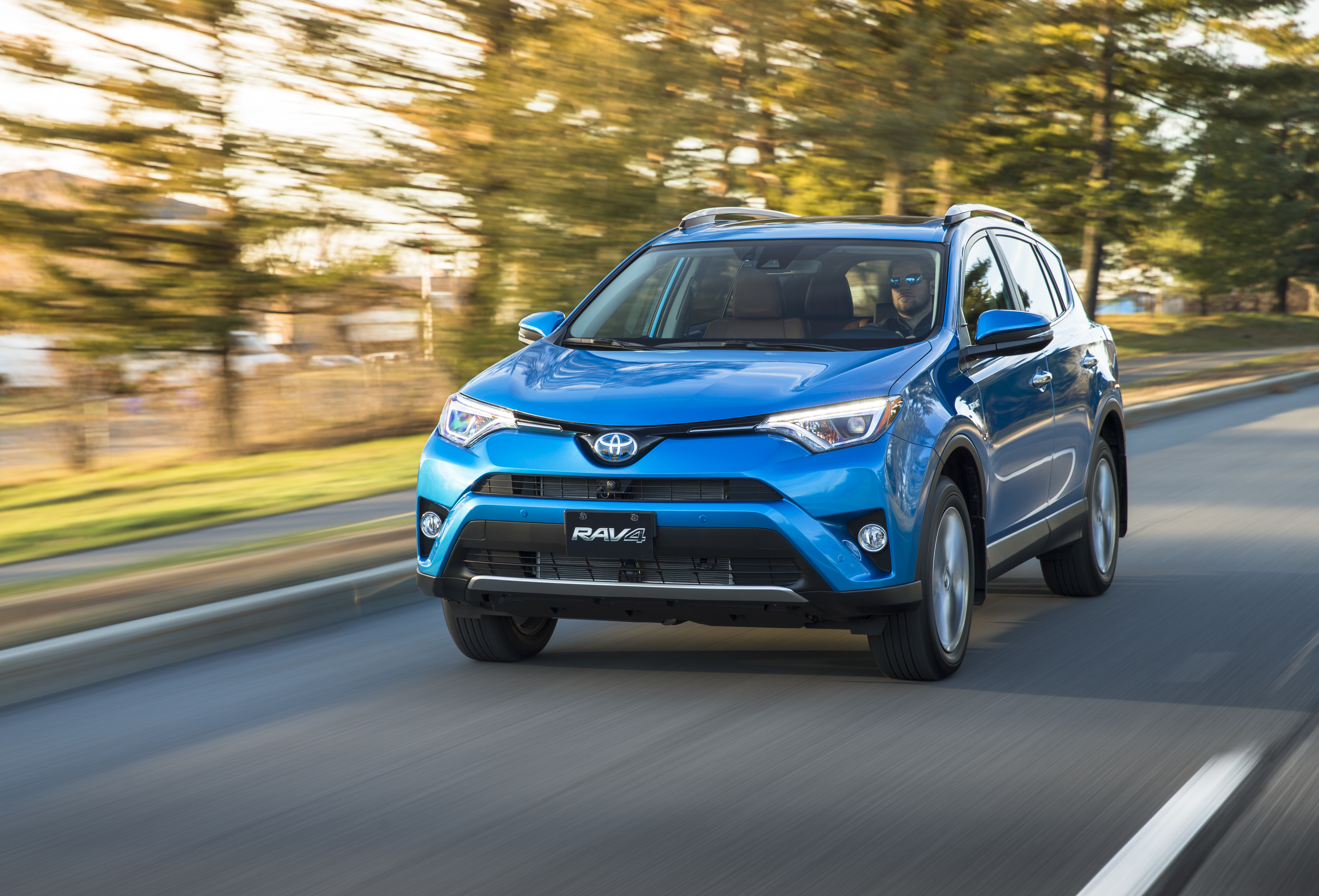 It took years to arrive, but the Outlander PHEV is finally available in Canada and making plug-in hybrid technology more affordable in the mid-size SUV segment. 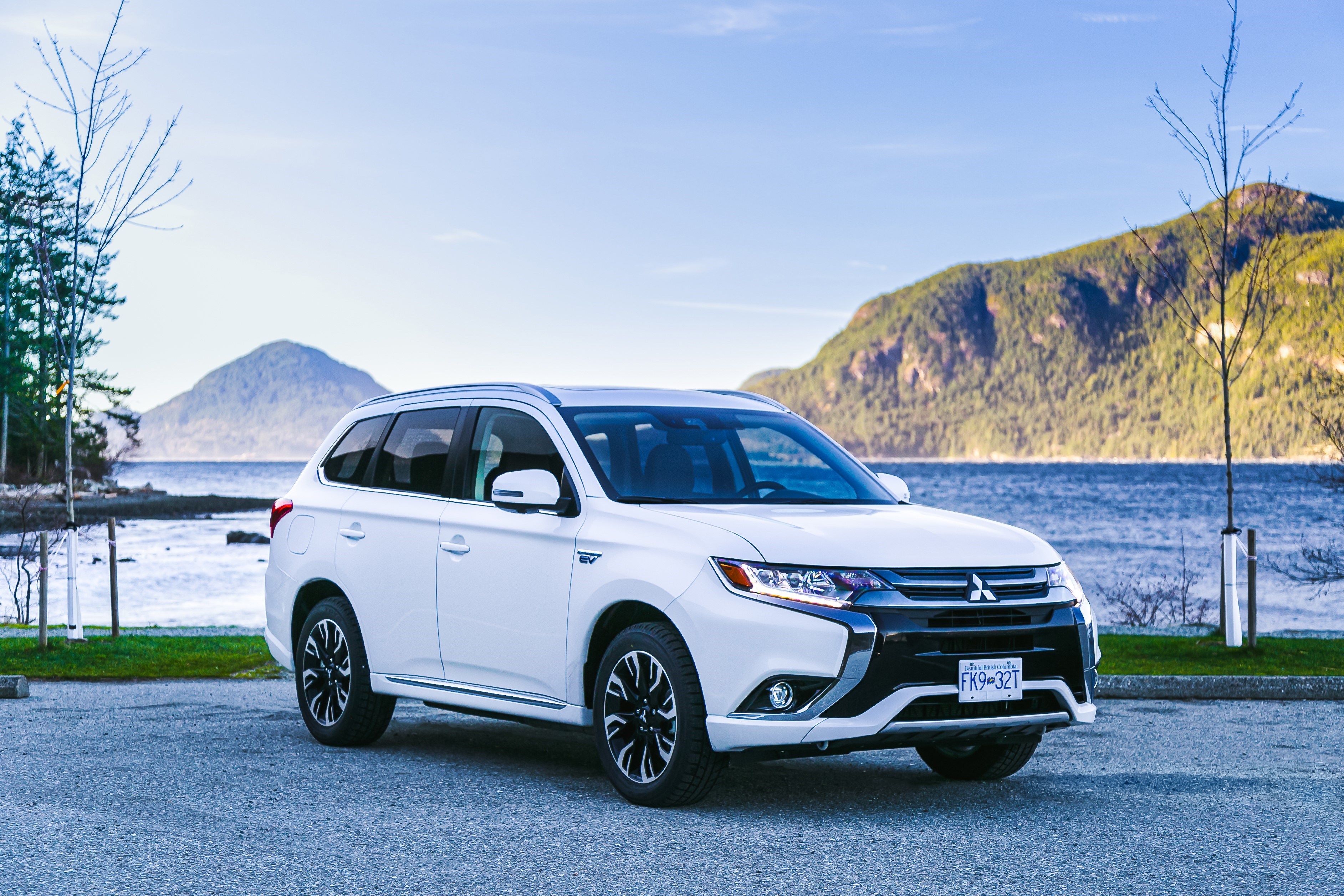 A surprising result, no doubt. Lexus delivers better fuel economy than all of the mainstream brands thanks to the hybrid powertrain in its RX 450h. (For those who don’t have the budget for a luxury vehicle, the next-best choice is the Toyota Highlander Hybrid, which clocks in at 8.3 L/100 km.)

The base engine in the new, fourth-generation Ford Expedition is the 3.5-litre V6 EcoBoost, which hauls this beast around more frugally than anything else in its class. 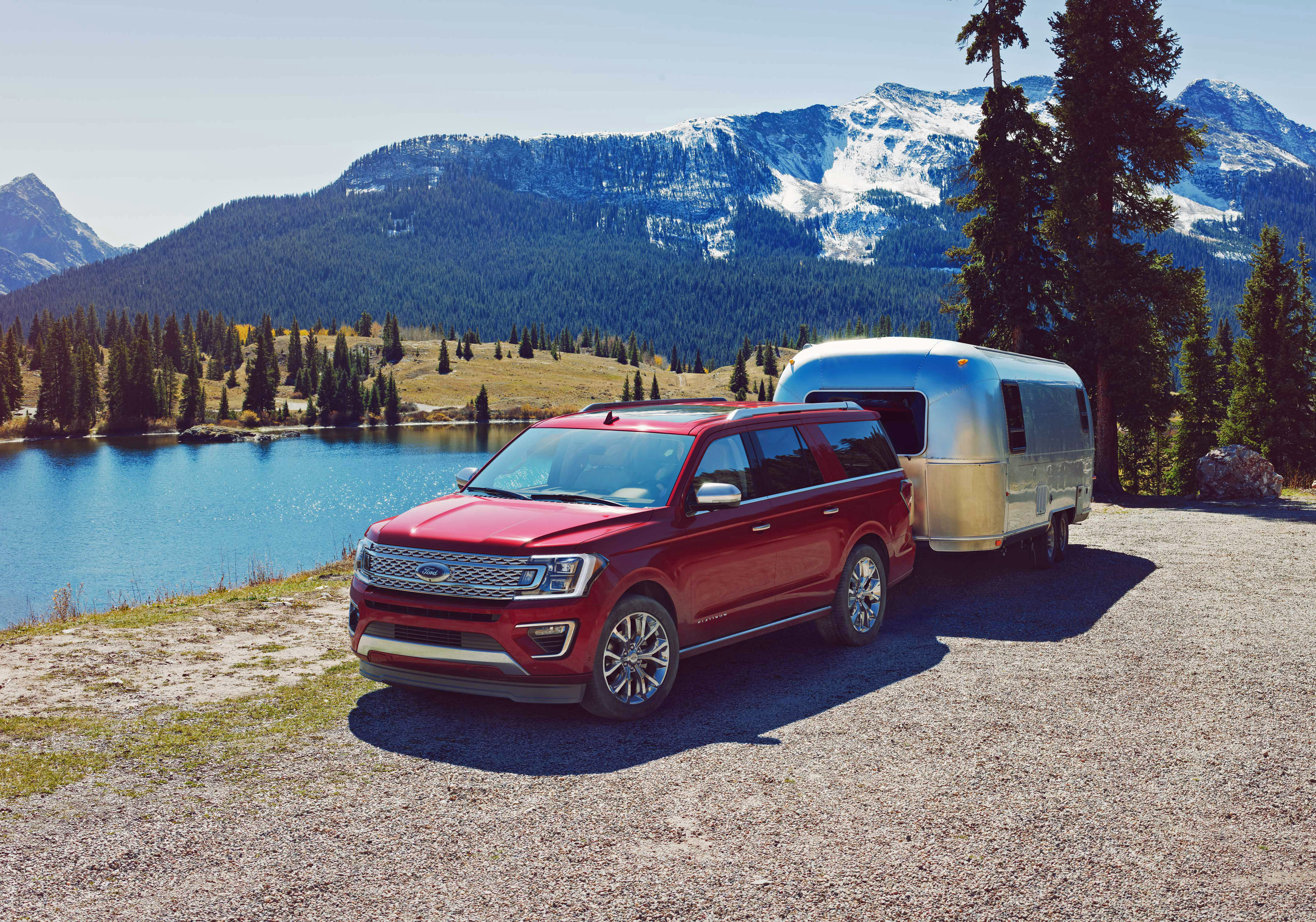 What you’ll save: The fuel bills for the Expedition still aren’t cheap at an estimated $2,430 every 12 months. This is currently the best seller in its segment, though, so consumers who need the size, space, and power are hopping on board. Relative to the second-place Chevrolet Suburban, which has a much larger 5.3-litre V8 and a rating of 13.3 L/100 km with four-wheel drive, you’d save $177 per year.

If you’re willing to take a rear-wheel-drive version of the Colorado/Canyon twins with the smaller 2.5-litre, four-cylinder engine, you’ll have the lowest fuel bill available among the mid-size pick-ups. 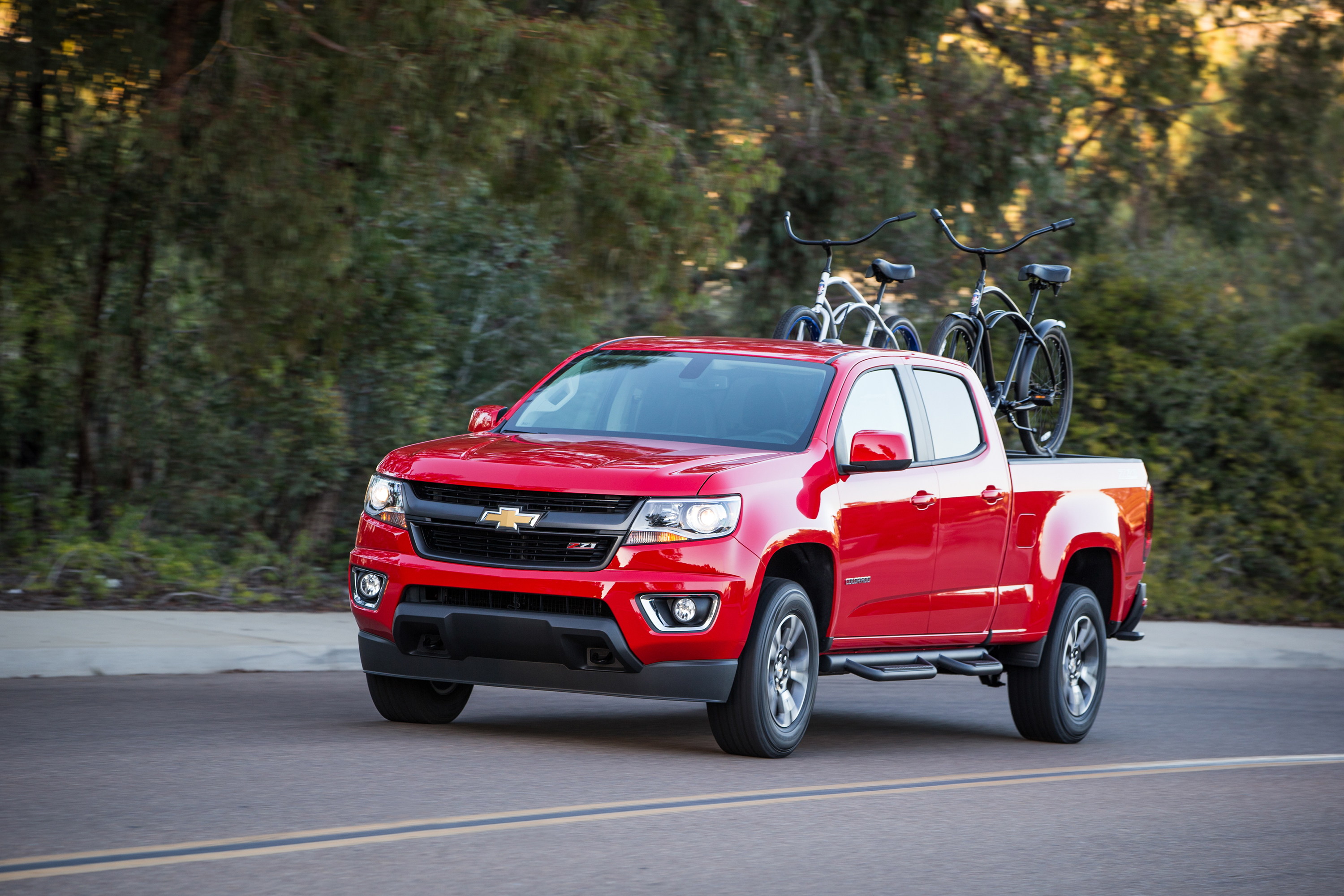 What you’ll save: Technically, if you mash the Colorado and Canyon sales figures together, they combine to be the best-selling mid-size truck in Canada. Individually, though, the Toyota Tacoma outsells each of them. With its 2.7-litre, four-cylinder engine and rear-wheel drive, the Tacoma costs $2,195 to fuel annually at a combined 11.2 L/100 km. That makes a difference of just $78 per year between the two – Colorado and Canyon come in at $2,117 per year – so you can comfortably disregard it and just get the one you like the most.

Thanks to its 2.7-litre EcoBoost engine and aluminum body, the Ford F-150 is the most fuel-efficient half-ton available in Canada. Get the base model with rear-wheel drive if saving money at the pumps is your top priority. It’s worth noting that the 2019 Ram 1500 will be released shortly, and the fuel consumption figures for the 3.6-litre Pentastar engine models haven’t been released as of this writing. It’s feasible that they could turn out better ratings; keep an eye out. 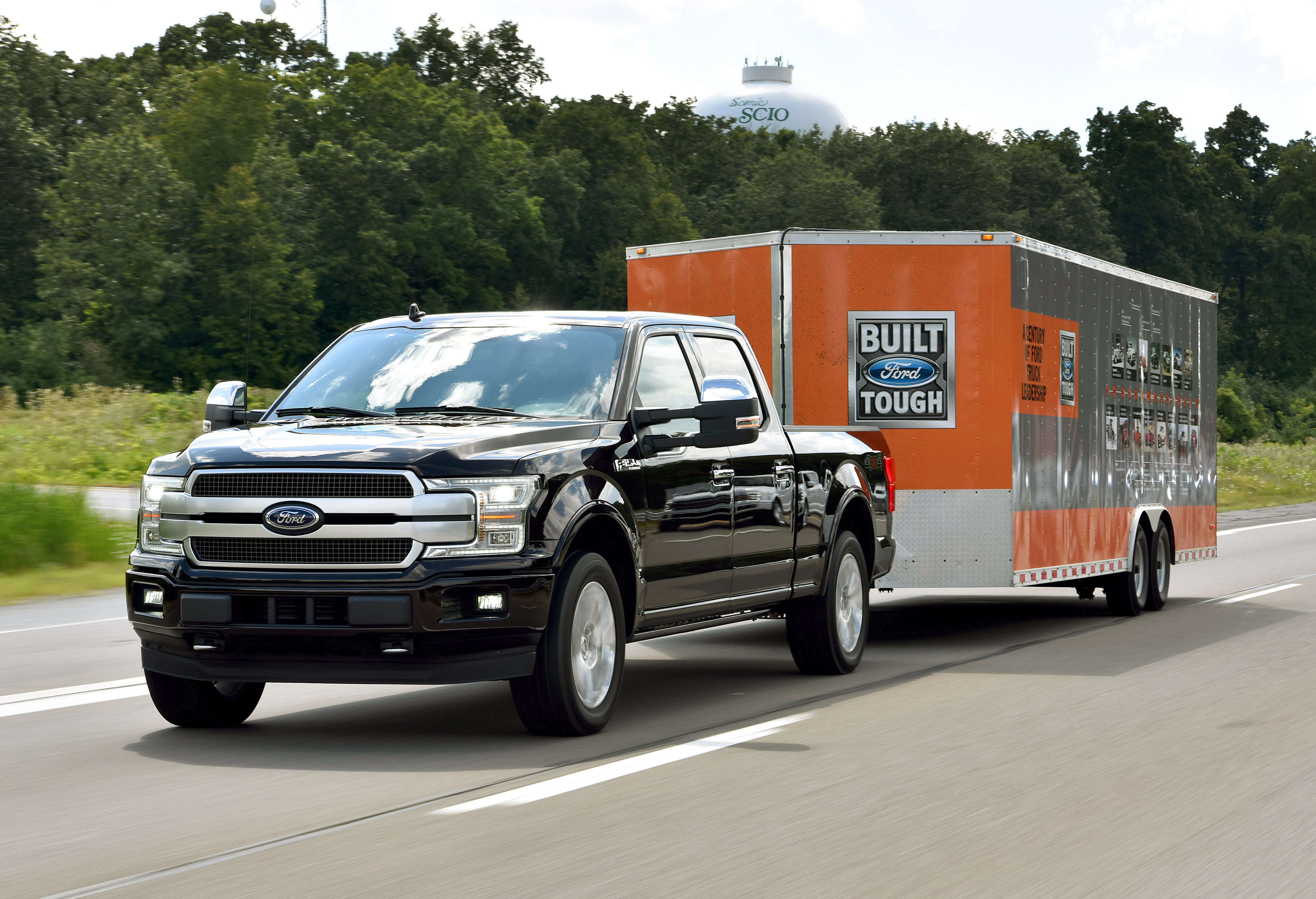 What you’ll save: Ford’s F-Series trucks have been the best sellers in our country for many years. In the most frugal configuration of the second-best seller, the 2018 Ram 1500, you’d spend $2,332 to fuel it over 12 months at 11.9 L/100 km combined. The F-150 would therefore save you $254 each year at a cost of $2,078. Few people spec out trucks this way, though, so for more useful numbers you’d need to cross-shop the trims you’re looking at and consider which features and capabilities you’ll actually use.

If you want a plug-in hybrid minivan, you have exactly one choice. Thank goodness it’s a good one. The Chrysler Pacifica Hybrid keeps winning awards for its combination of fuel efficiency and family-friendly transport. 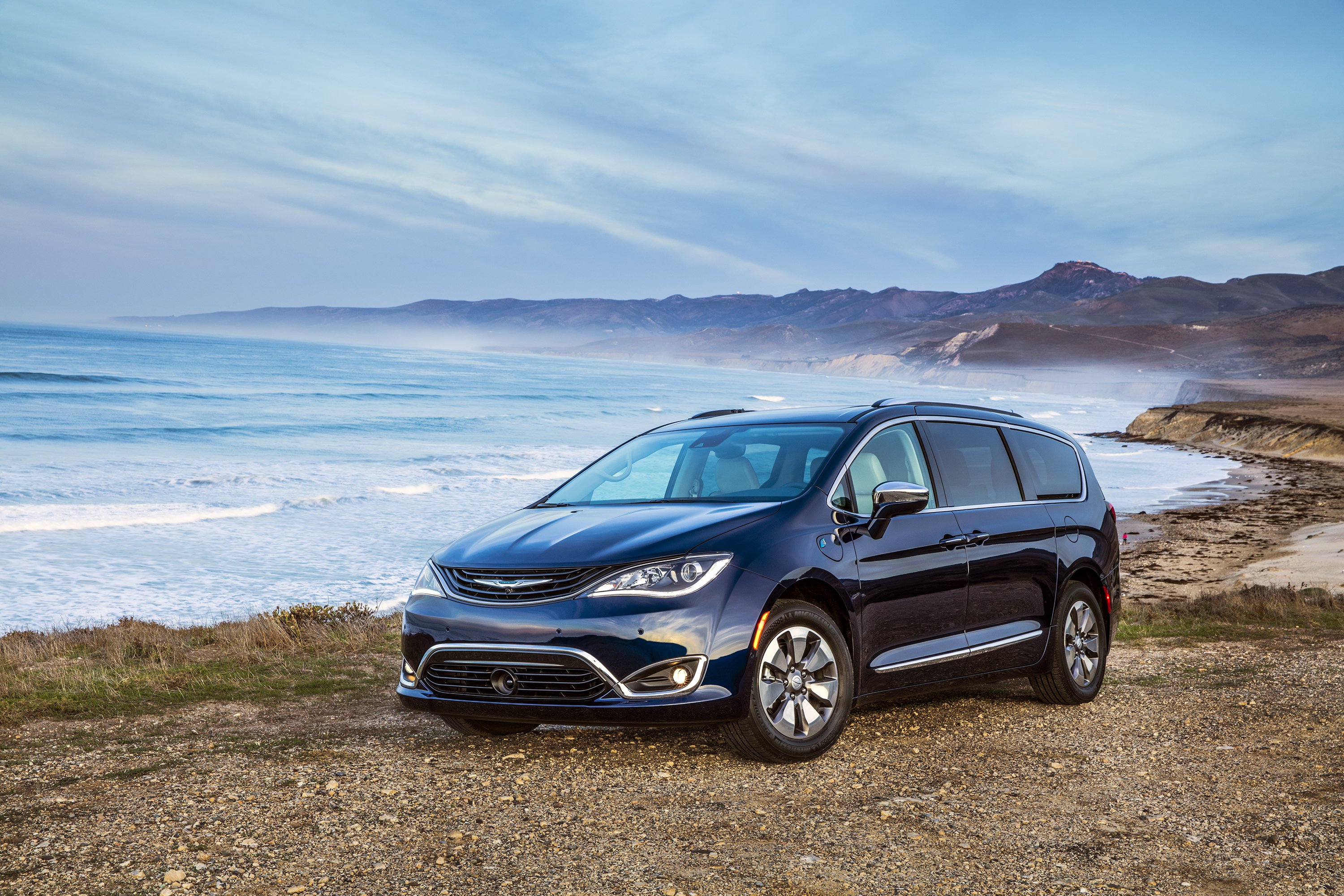 In this class, the best efficiency is a tie between a Chrysler Pacifica with engine start/stop technology and a Honda Odyssey Touring (which is distinct from other trims due to its 10-speed automatic transmission). In the latter, you need to spend a lot more to get into the most efficient trim, and the difference is extremely slight (other trims rate at 10.7). For the Pacifica, the gap is a little wider (10.9 for the base), but the stop-start functionality is equipped on the one-up-from-base LX model and higher.

What you’ll save: What a trouper the Dodge Grand Caravan is – despite being in the 11th model year of its current generation, it remains the best-selling minivan in Canada. You’ll pay $2,313 to fuel one over 12 months at 11.8 L/100 km – that’s $235 more than the best Pacifica and Odyssey models. Since the Grand Caravan is still one of the cheapest ways around to move a crowd, that small amount of difference in fuel cost isn’t like to change any minds.

Whatever your motivations, if saving as much fuel as possible is your overarching goal, your best bet today remains a compact car. Their size and weight make them the best candidates for overall efficiency. In cars that don’t need a plug, the most efficient on the market is the Hyundai Ioniq Blue at an estimated average of 4.1 L/100 km. The top plug-in hybrid overall is the Toyota Prius Prime, now available across Canada, at 1.8 Le/100 km.