Hiroshima's Mazda Museum is an Ode to the Rotary Engine

The museum offers a free 90-minute tour of the production line and includes vintage Mazda cars.

While the Mazda museum at the company’s HQ in Hiroshima, Japan, may not have quite the scale of the like of the Henry Ford in Detroit or the Porsche Museum in Stuttgart, there is a charming array of content that provides a perfect cross-section of the little brand that could, including some classic heroes, race cars and charming oddities. 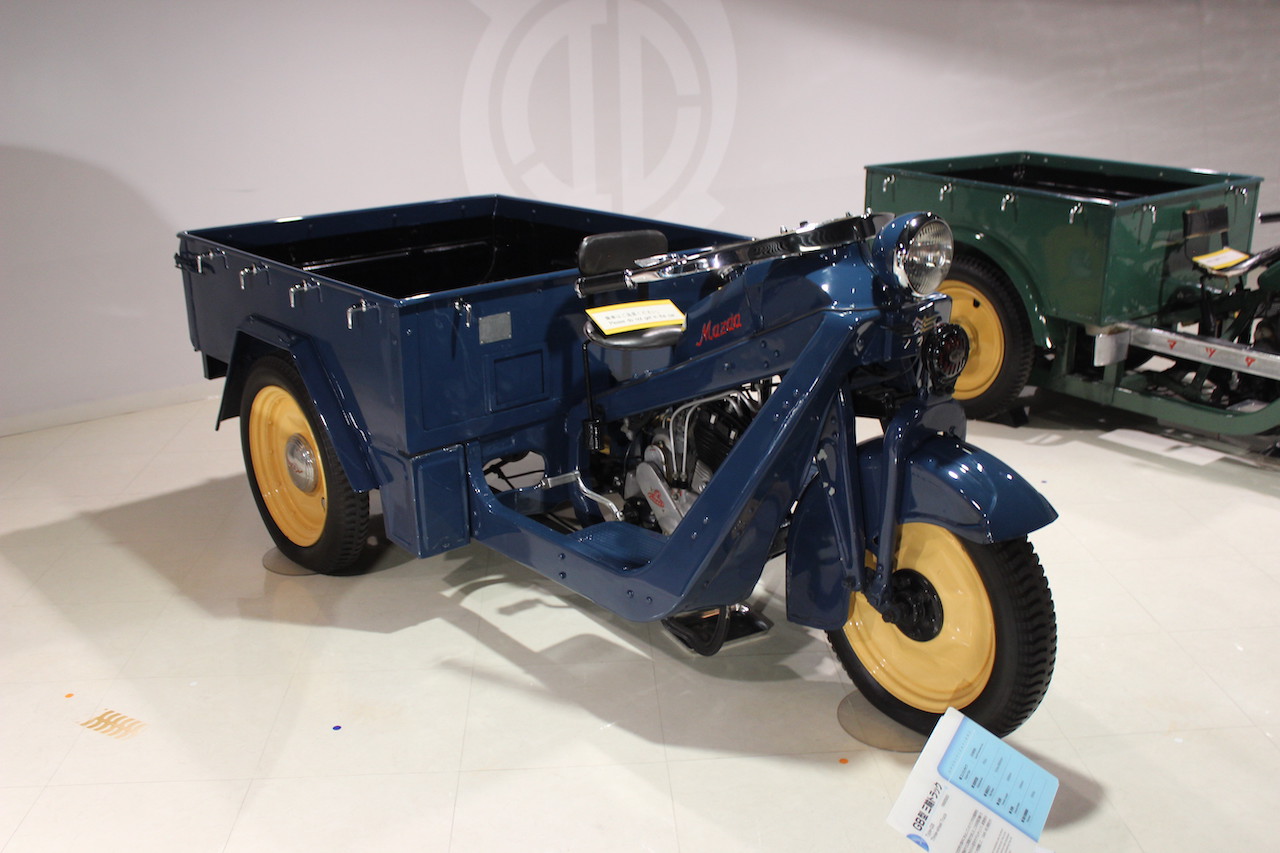 Not sure why it’s called that – blame the flatbed, I guess – but this little motorcycle-turned-service vehicle played an important part in history. Other than being one of the first models Mazda ever built, it played a huge part in the reconstruction of its home city after the devastation laid upon it in 1945. Mazda donated thousands of these to the cleanup effort, and you wonder where the ultra-modern city of Hiroshima would be today had it not been for their efforts. 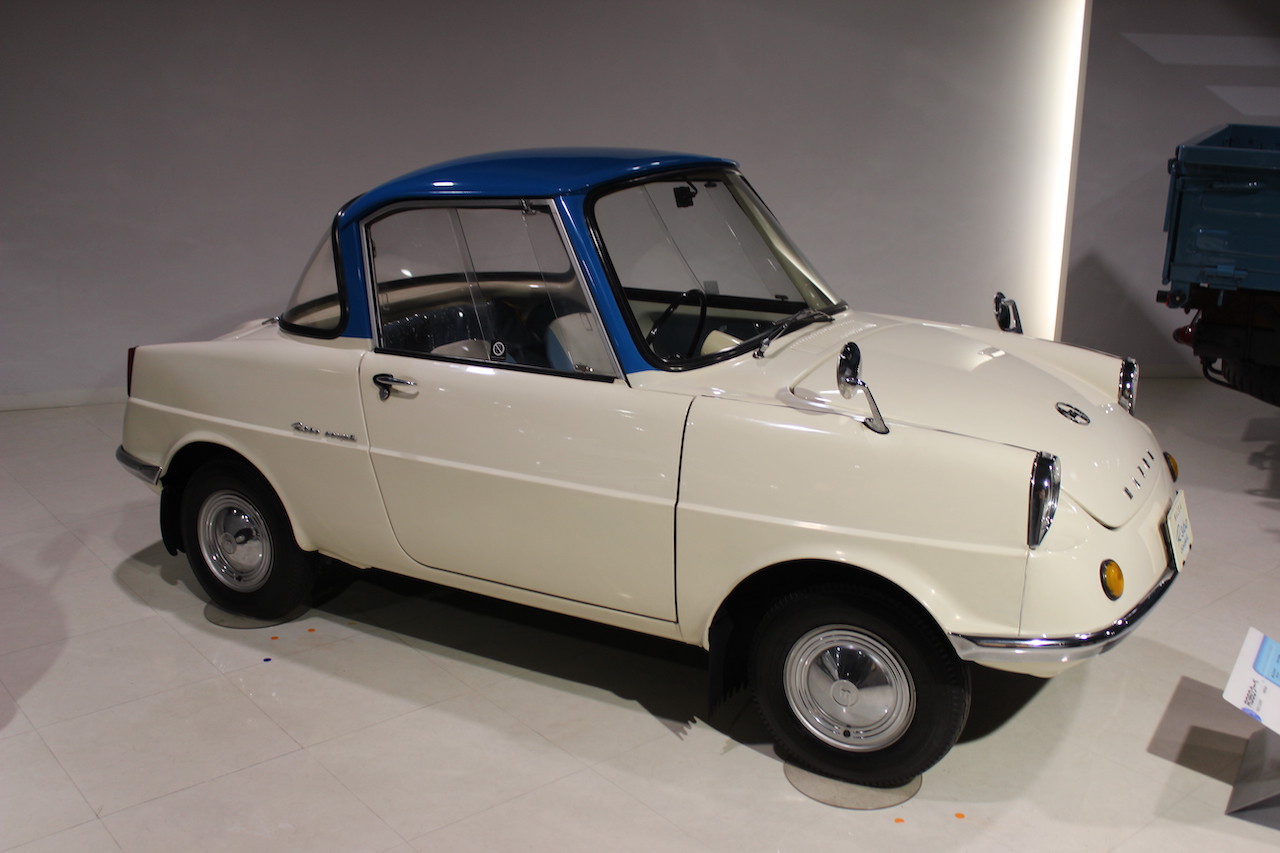 Mazda’s first passenger car is cute as a button. It only gets about 15 hp from its 365 cc v-twin-engine, but if I can park my car in the living room without having it cause too much of a disturbance, I’m down. 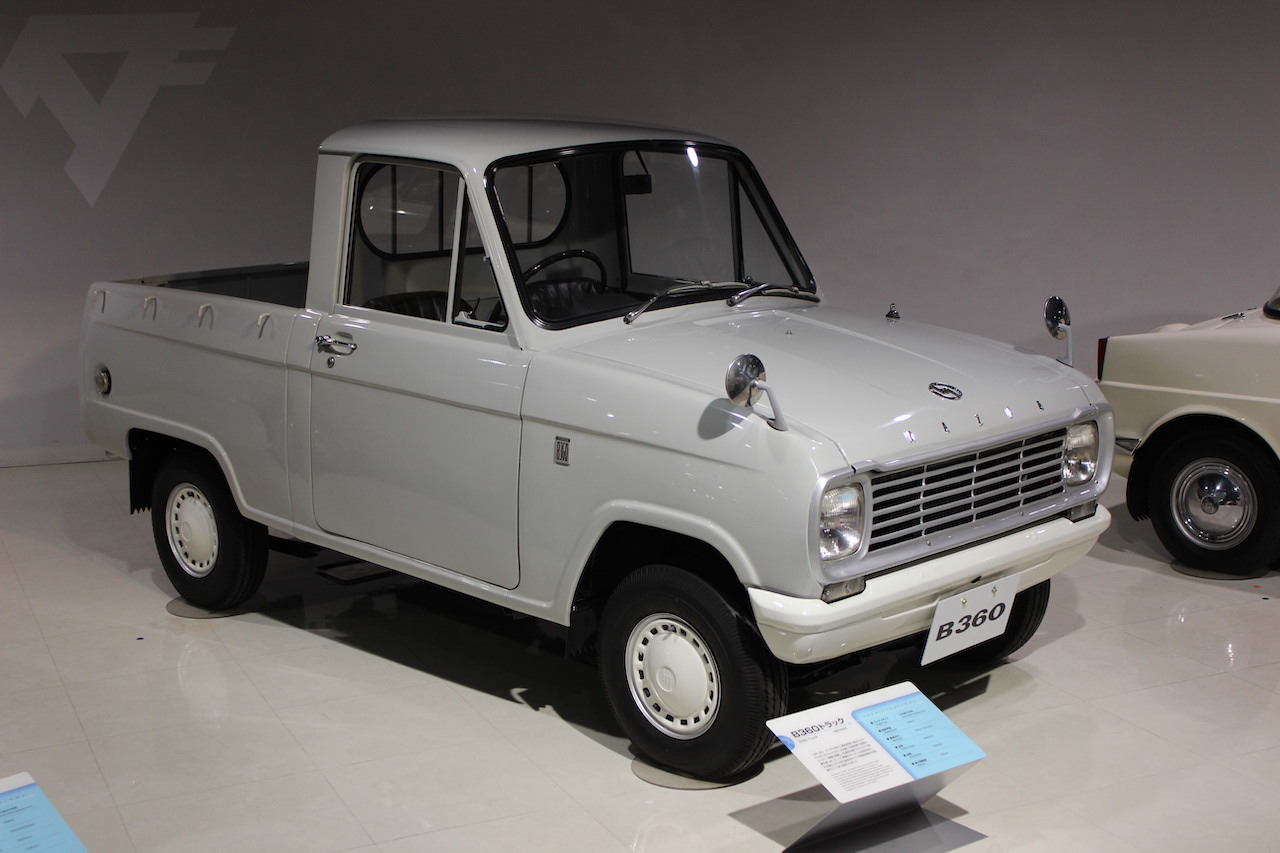 “360” because it shares its underpinnings with the R360 microcar and “B” because Mazda’s trucks have always been named as such, it was Mazda’s first effort to cash in on the “Kei” or “micro” service-vehicle trend that was sweeping through Japan. Would likely fit in the bed of a ’07 B3000. 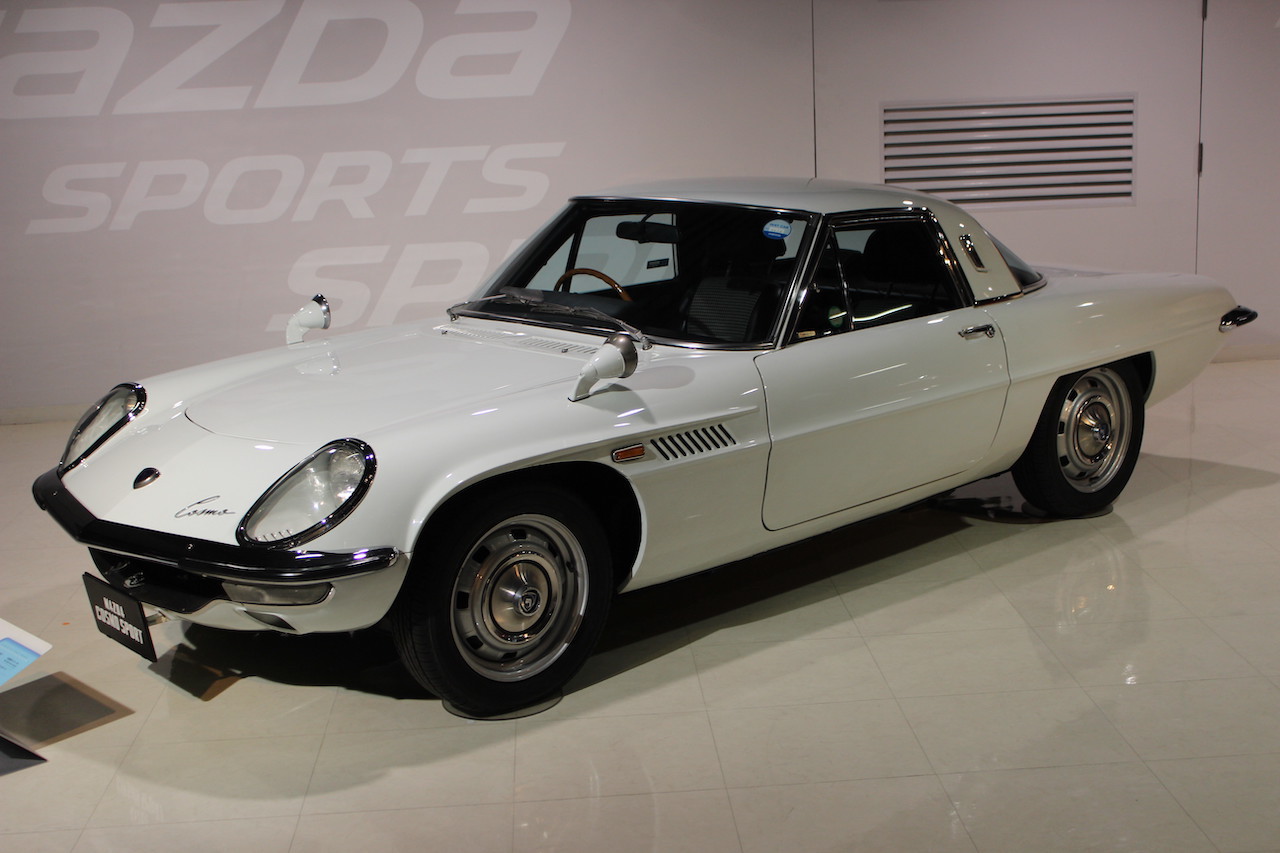 Many attribute Mazda’s arrival on the sports car scene to the arrival of the Cosmo Sport, a lithe, flowing yet unique take on the classic sports coupe. The styling was eye-catching, the 2-rotor rotary engine was revolutionary. 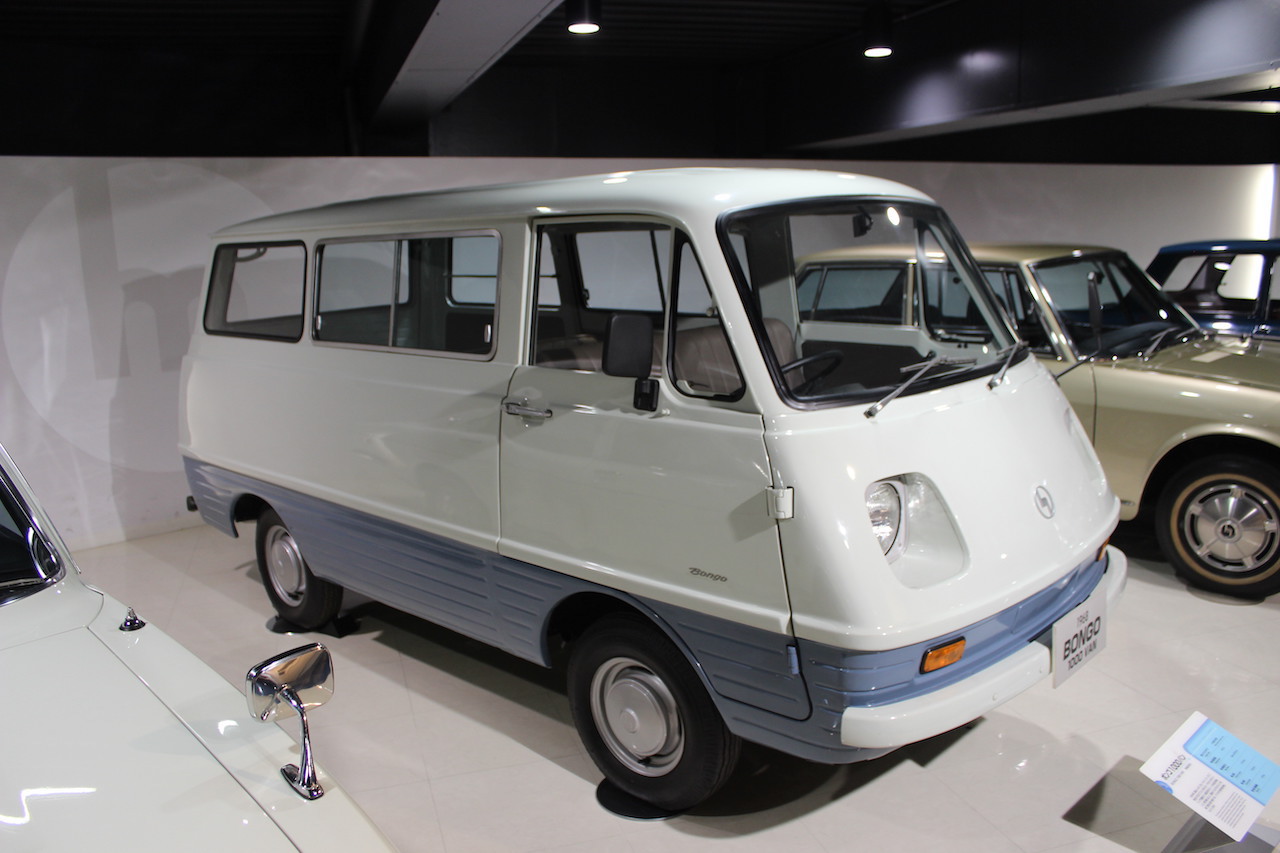 First of all, that’s probably the coolest name ever for a van – I’ll tell you: it sure puts names like “Alphard” and “Voxy” commonly seen on Japan’s roads to shame. More than just a van, the little Bongo was available as a box truck and “coach”. 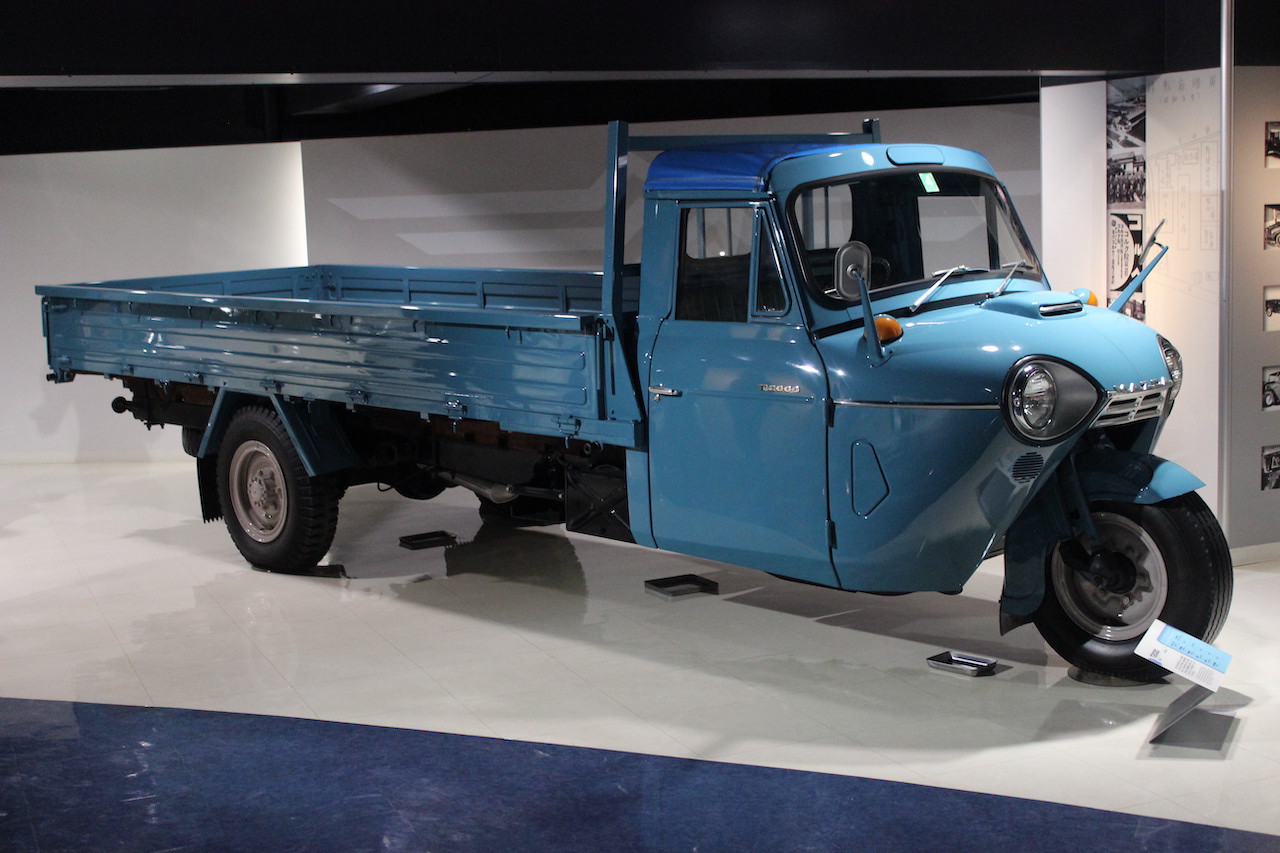 Not to be confused with The Terminator 2 baddie of the same name, this XL variation of the Three-Wheel Truck was popular not just for its loading capabilities, but also for its ability to manoeuvre in tight quarters. 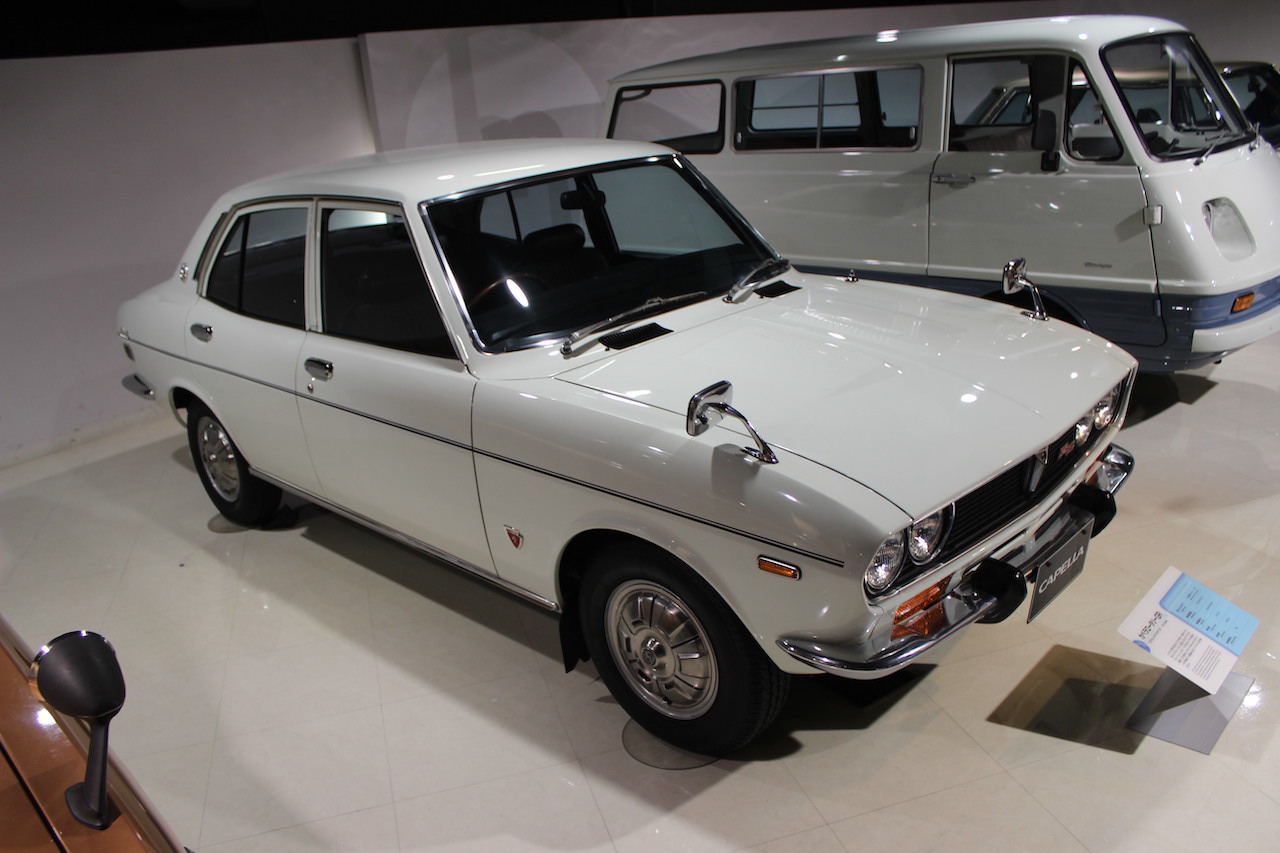 As Japan’s expressway network increased, Mazda needed a powerful vehicle that could cruise comfortably on the newfound roads. Enter the Capella GR, one of the first rotary-powered vehicles from Mazda. 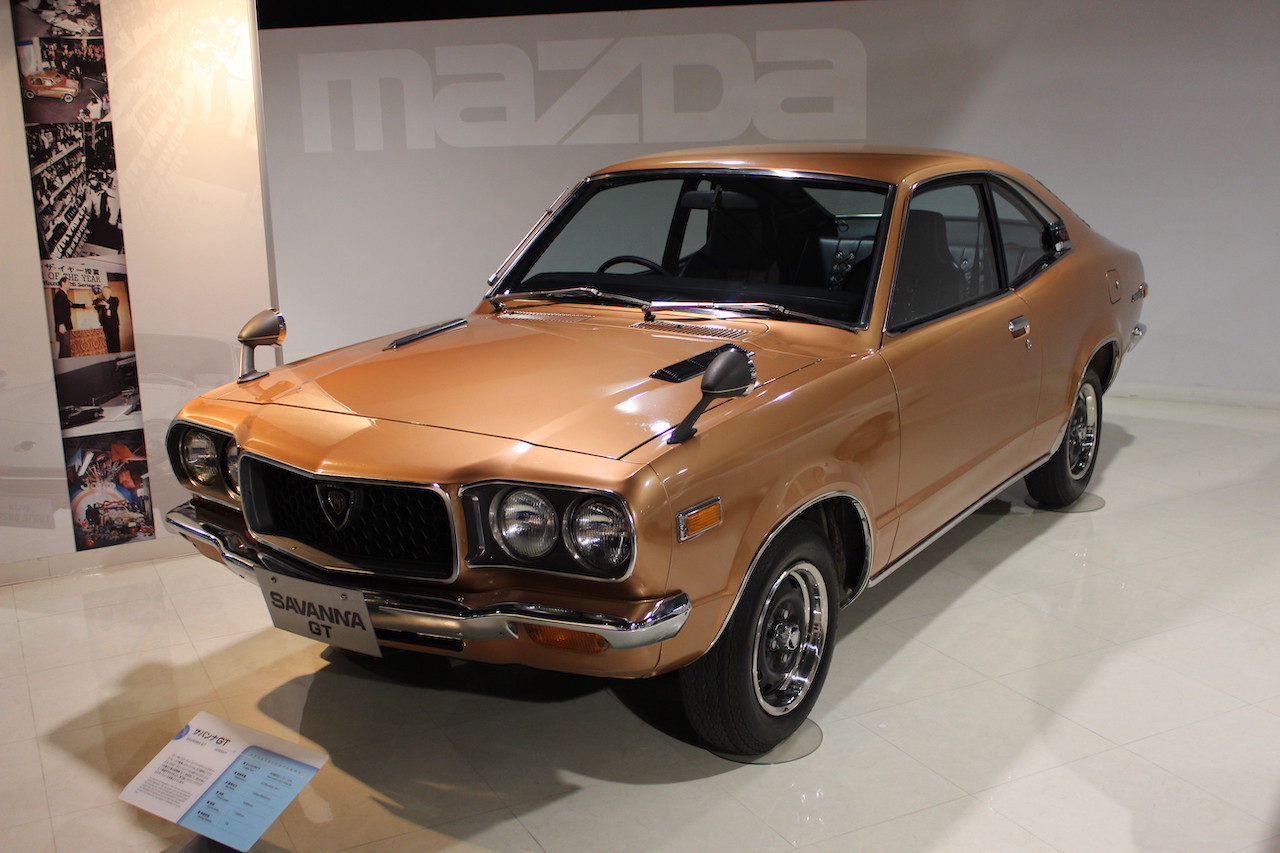 Long before the RX-7 sports car used the name, the rakish Savanna Coupe turned heads and paved the way for a new generation of sporty Mazda coupes. 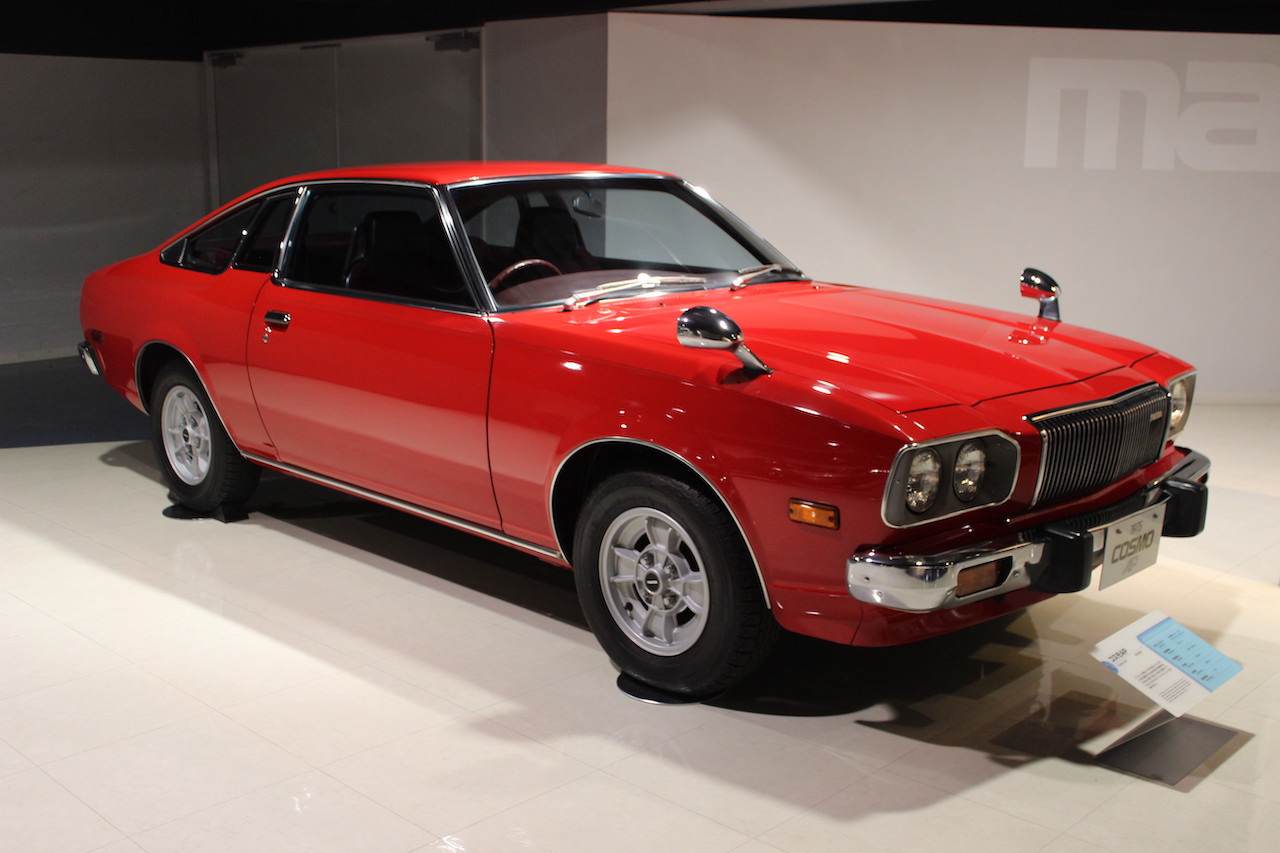 Picking up where the Savanna left off was the Cosmo, a vehicle that looked more like a muscular British or American coupe than something from a manufacturer known better for its kei vans and cars. Power from the 3-rotor motor was rated at a stately 133 hp, but the big story was that the AP was the first car to pass new Japanese emissions regulations, instituted in 1975. 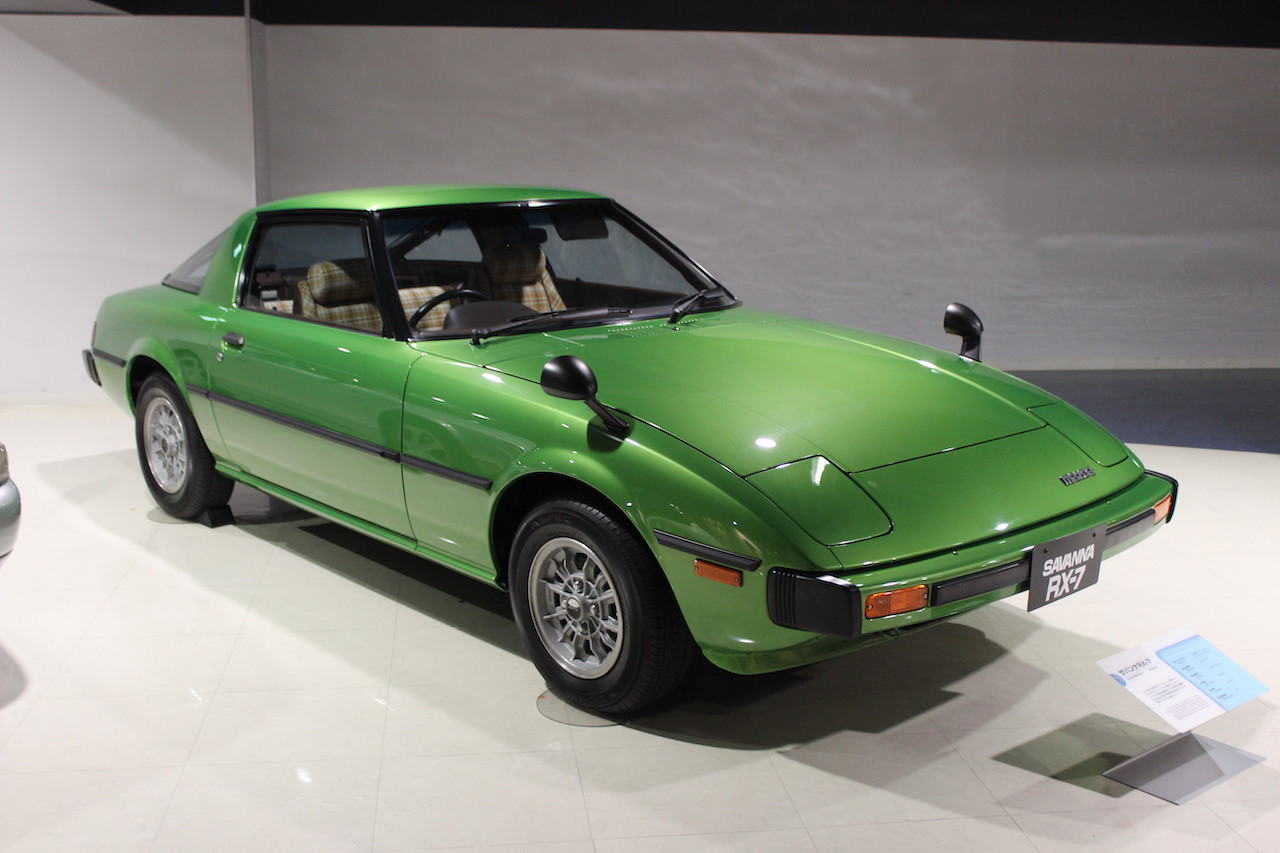 If the Cosmo Sport was where it all began for Mazda rotary power and the Cosmo AP showed just what the engine was capable of, the RX-7 was – and is – the car that really made folks stand up and take notice. Its compact sports car styling competed with the best Europe and Japan had to offer, while the rotary’s inherent compact design meant it could sit far back and low in the car, making for what was essentially a mid-engined sportster with perfect 50:50 weight distribution. 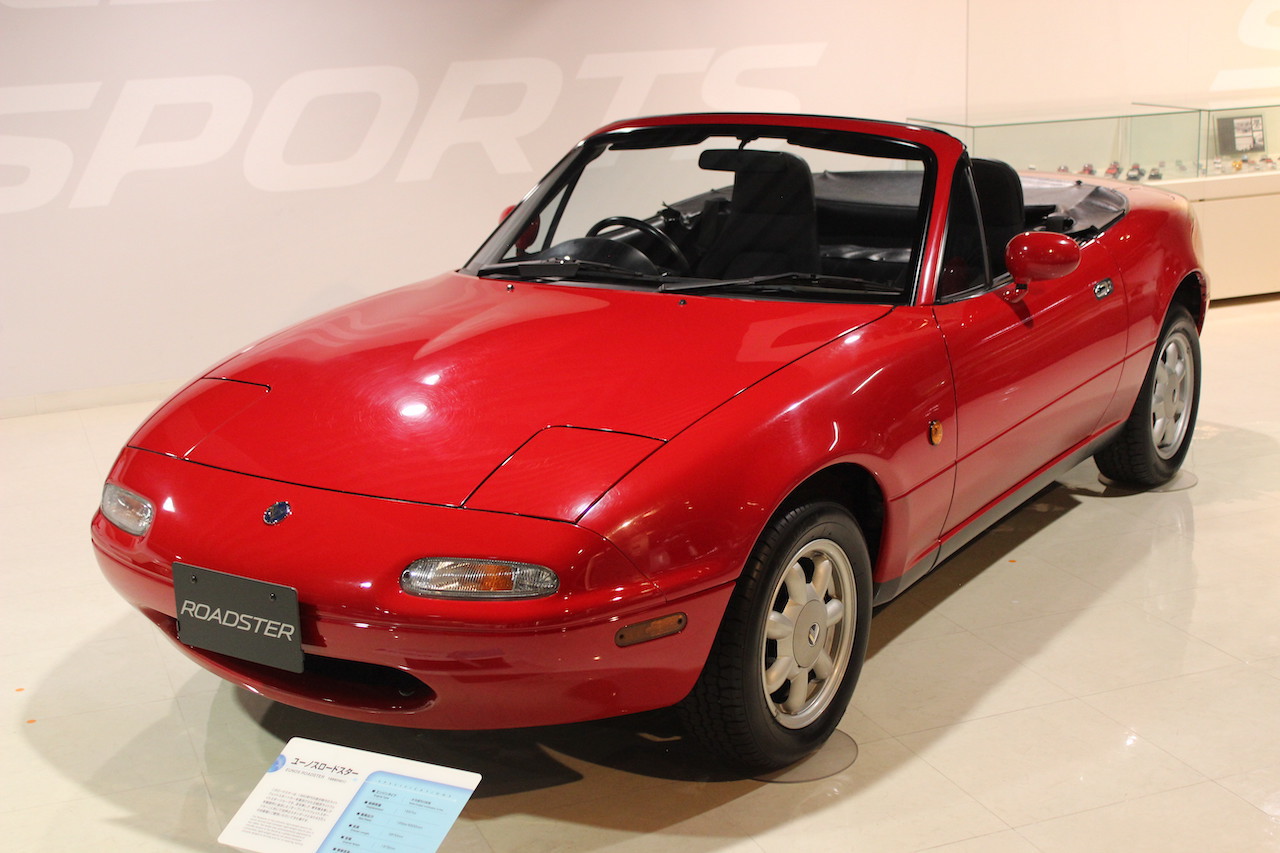 This is the one that started it all. Having rolled off the line and directly into this museum, the first-ever Eunos Roadster (Eunos was a sub-brand at Mazda for a time)/MX-5/Miata is essentially the Holy Grail of the modern, affordable sports car. Others – the Honda S2000, the Toyota MR2, the Mini Roadster – have tried to make a go of it but none have lasted. Is the tiny, 118 hp, roadster from Mazda impossible to unseat? Well, never say never or always but the fact that it still thrives to this day is an undeniable run of success that’s one of the true great automotive tales. 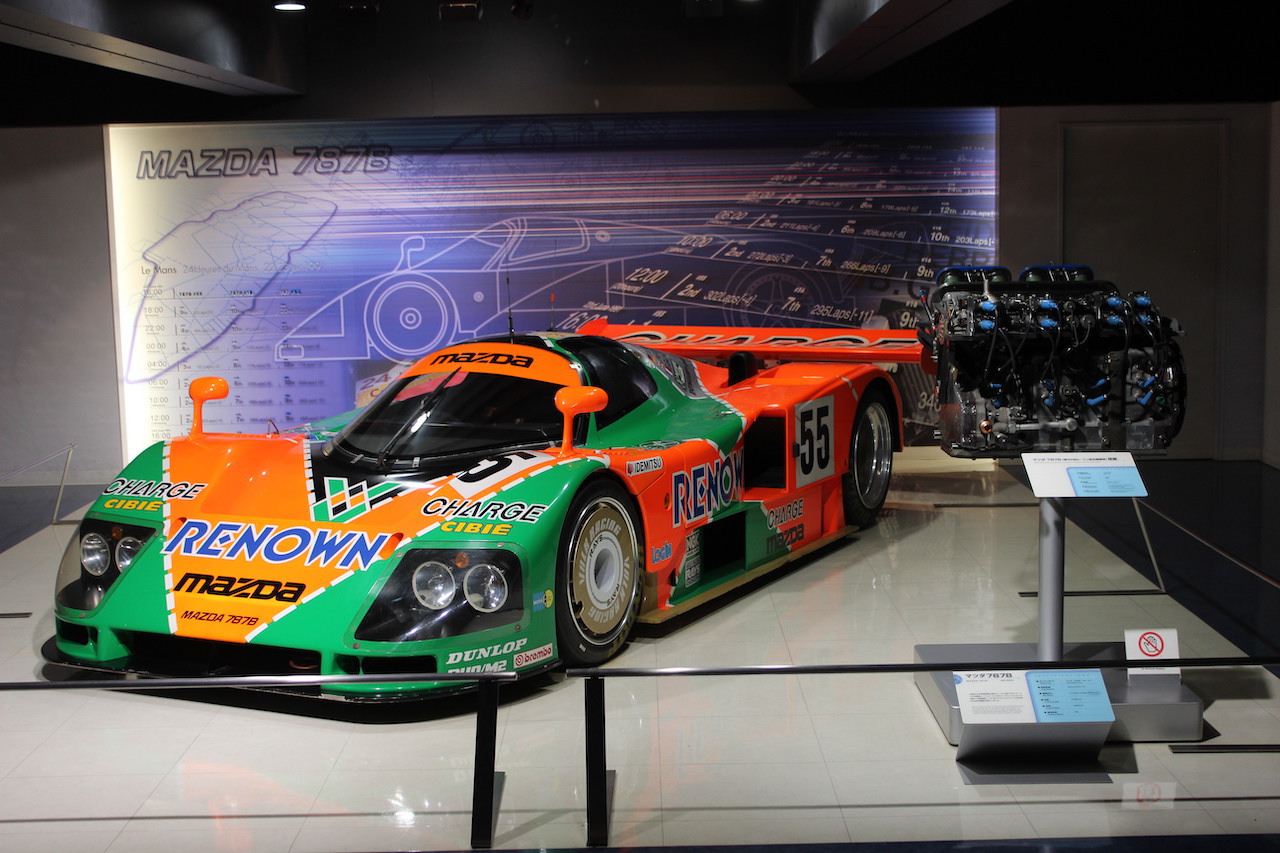 If the racing world didn’t know much about Mazda prior to this, they sure did afterwards. Powered by a 4-rotor version of the brand’s oft-used Renesis rotary engine, the 787B won the 1991 24 Hours of Le Mans, a particularly grueling edition of the race that saw favorites from Jaguar, Mercedes and Porsche fail to finish. The 787B was fast, it howled like a banshee, and this proved that it and its little rotary engine was durable, too. Until Toyota’s victory in 2018, it stood as the only car from a Japanese manufacturer to win the race. 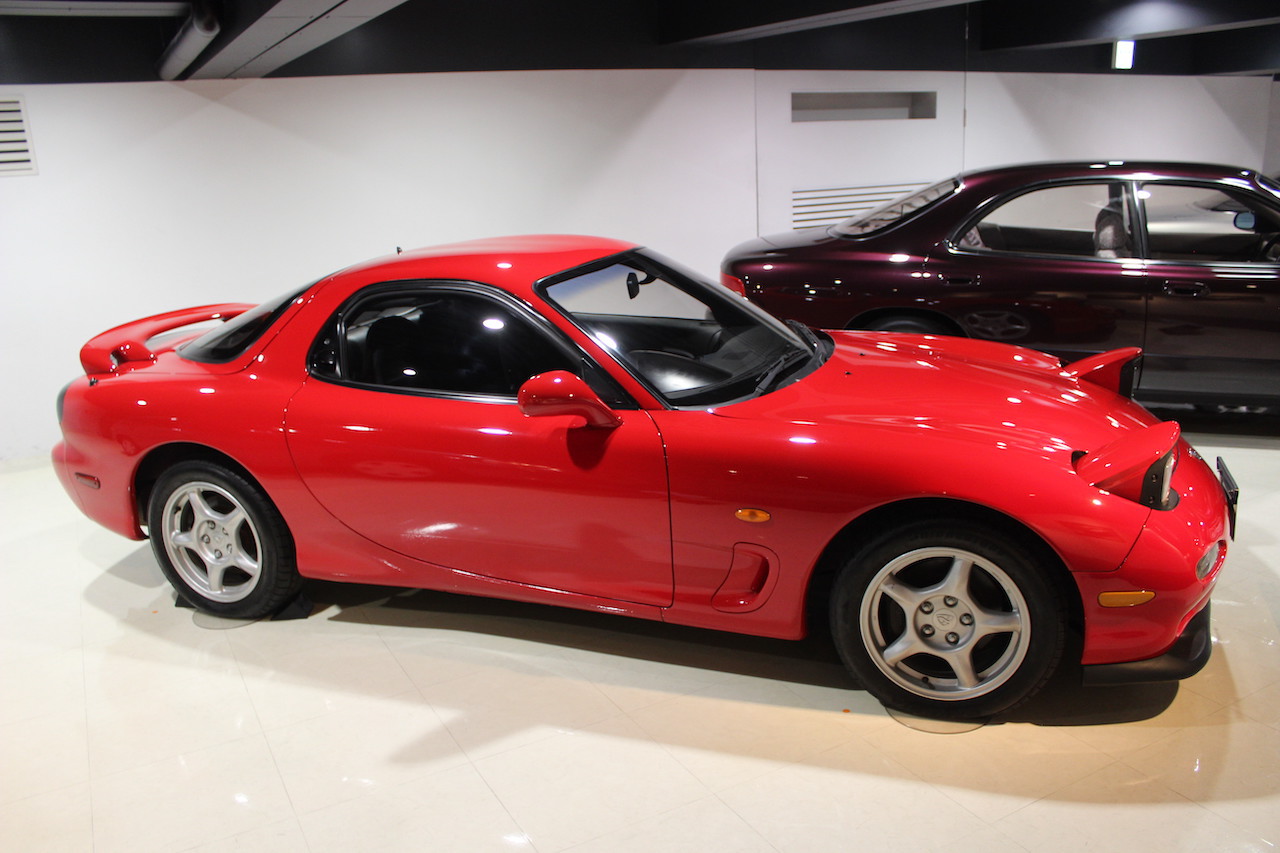 Sure, the rotary worked well in small sports cars and race cars, but what about when stacked up against burlier competition from the likes of the Toyota Supra or Chevrolet Camaro? Well, the “Efini” (another lost Mazda sub-brand) RX-7 answered the call with a 2-rotor rotary, yes, but now one with some turbocharged assistance – not even the 787B had that. The result kept up with the competition but more than that, it firmly planted the seed for an RX-7 cult that exists today, populated by enthusiasts, racers, drifters, and even Hollywood; don’t look now, but an “FD3S” RX-7 was the first car we ever saw one Dominic Toretto drive. 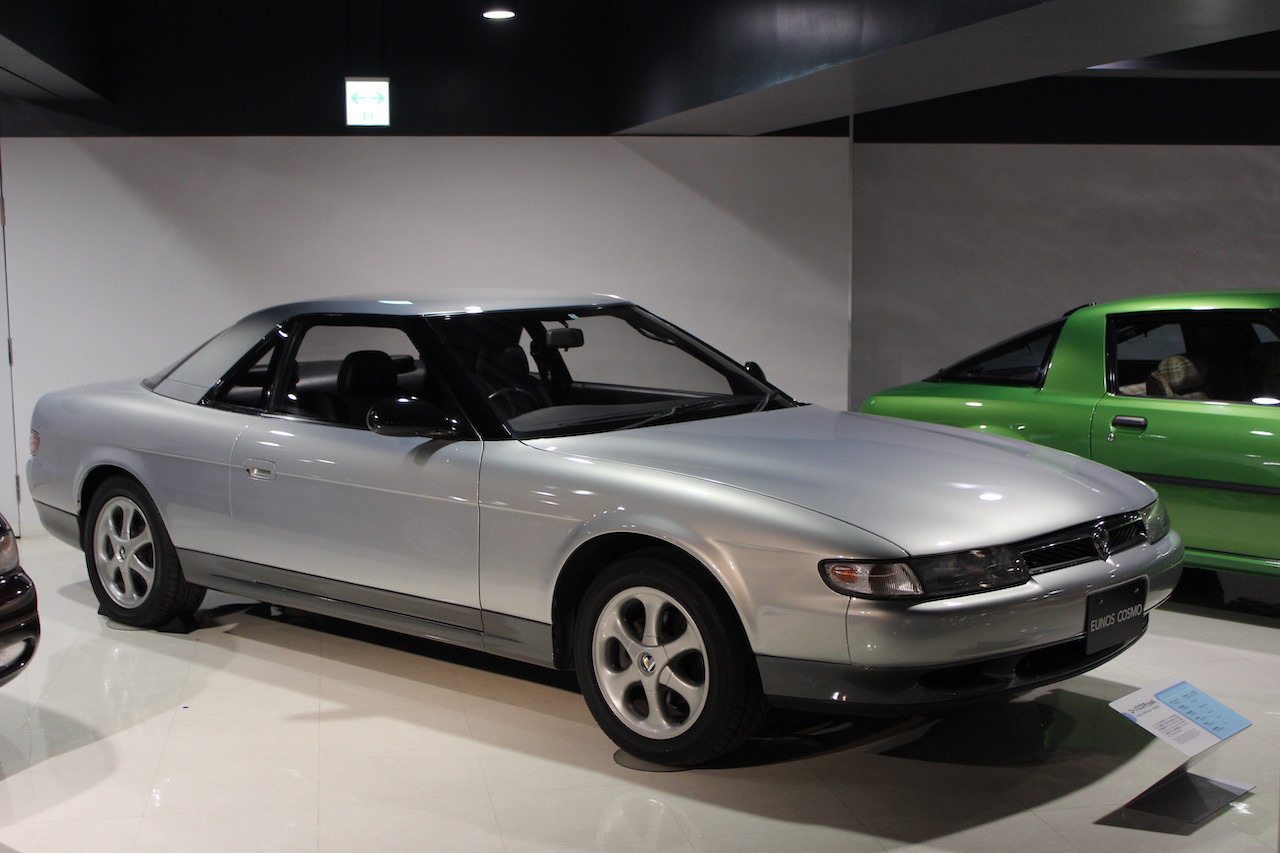 Looking unlike Mazda had ever produced, and aside from maybe, maybe the second-generation MX-6 anything they’ve produced since, the Cosmo TypeS was the first time we saw a three-rotor engine in a production car. Its styling was ahead of its time, and it showed just how far Mazda had come from building three-wheeled “trucks” and microcars. 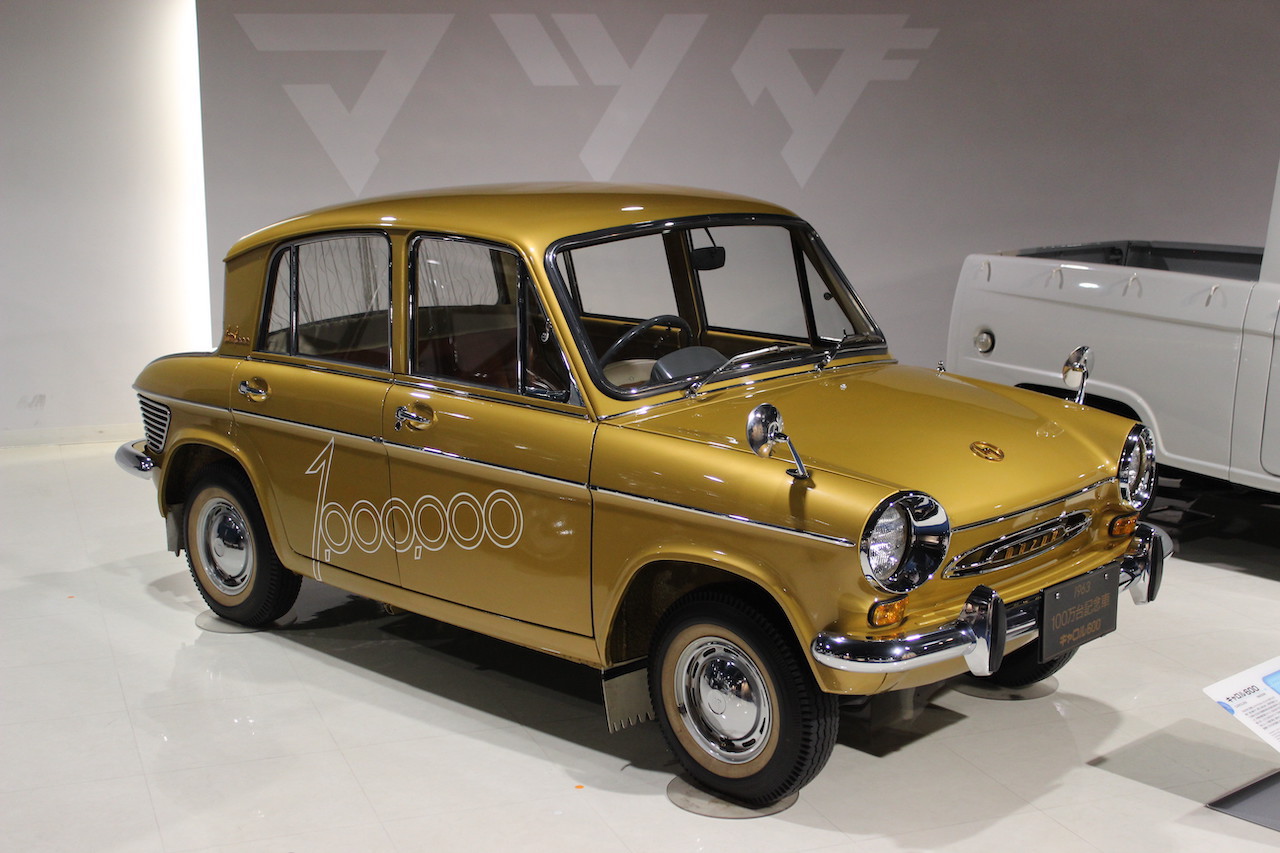 We circle back to the ‘60s for good reason.

Two doors are cool and all, but as Japan continued to recover from WWII and grow its population, more room and better accessibility was needed. Enter the four-door Carol – still cute, just a little more practical now. This particular Carol is extra special; it commemorates the 1,000,000th Mazda built. That’s great for Mazda, sure, but it’s more than that. It shows that this country, once decimated by war punctuated by the most heinous ordinance the world had ever seen, was bouncing back with people that could afford to buy enough cars to necessitate one brand building a million of them. This may be the most important car Mazda has ever built