The Best Mustangs of all time

Now that the 2016 Shelby GT350 Mustang has arrived, it’s worth having a look at the famous Mustangs that have given this latest monster its DNA.

EACH time a new Mustang arrives, well, let’s just say it’s met with something more than a “light fanfare”. In fact, it’s more like a tidal-wave of emotion. It’s such an iconic brand that the automotive world pretty much comes to a grinding halt when one is announced, with all eyes turned to Mustang.

While the Shelby version of the car doesn’t quite have that effect, the ripple it causes is still a darn sight louder than many cars in the segment, and that includes the likes of a new Camaro or Challenger.

Either way, now that the 2016 Shelby GT350 Mustang has arrived, it’s worth having a look at the famous Mustangs that have given this latest monster its DNA.

The ’16 car better be good, because it’s the first time the GT350 name has been applied to a factory Mustang since that golden year in the mid ‘60s. It was a car built to go racing, and essentially made other manufacturers stand up and take notice that they’d better build something similar. Bonus points for the fact that its name comes not from a race distance, or engine displacement; it’s simply the distance, in steps, that the car sat from Carroll Shelby when it came time to name it.

If you couldn’t afford a Shelby of your own, Hertz rent-a-car had an answer for you: a special G.T.350 built and painted specially for use in rental car fleets for a weekend getaway or, ahem, a spot of weekend racing. 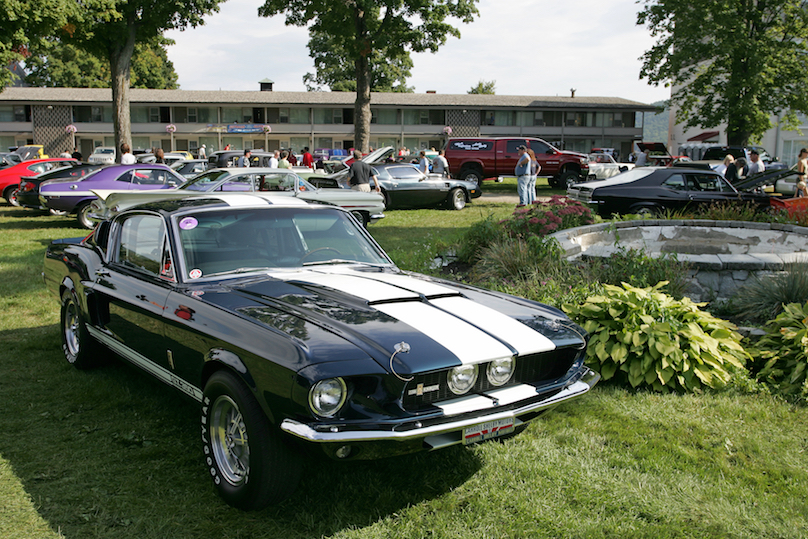 Not one to rest on his laurels, Shelby went back to the drawing board and built the GT500. It will never quite have the following of the original, but it had more power thanks to a massive 7.0L V8 up front, and it still had those classic stripes. Plus, the chops it did have were enough to earn it a starring role as Eleanor in the 2000 remake of the classic car crime caper, Gone in 60 Seconds. Word is star Nicholas Cage still has one of these in his garage today. 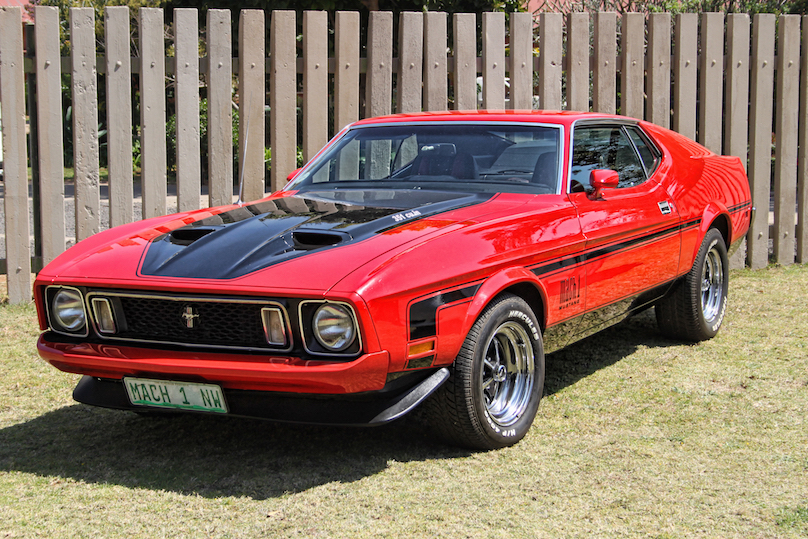 When the Mustang swelled up to big-body status for the 1971 model year, well, it wasn’t what you’d call a smash hit. Ford thought the tea leaves suggested people wanted something bigger and more luxuriously equipped, so they fed the ‘Stang some ‘roids and sent it on its way. The result was a bit of a bloated affair, saved only by the Mach 1 model that offered a range of powerful V8 engines (with a fire-breathing 429 CI version at the top), a four-speed manual transmission and a spot in the original 1974 edition of Gone in 60 Seconds. 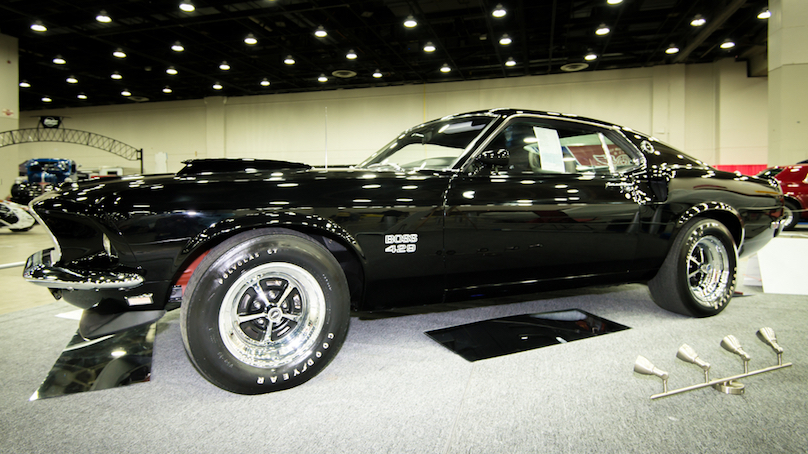 If you wanted to be able to cross country at a fast pace and with a modicum of comfort, then the Mach 1 was the way to go.

However: if you wanted something more in the vein of the G.T.350, then the Boss Mustang – especially in 7.0L Boss 429 form – was the way to go. This was essentially a race car for the road, developed with a specific goal in mind: to beat the Camaro. Chevy had started building its own pony car to compete with the original Mustang, and the latter could no longer keep pace. All sorts of special changes were made to the Boss’ engine (it was actually a mix of the Cleveland and Windsor powerplants), the classic c-stripe graphics were added and of course, you couldn’t forget the rear window shutters. 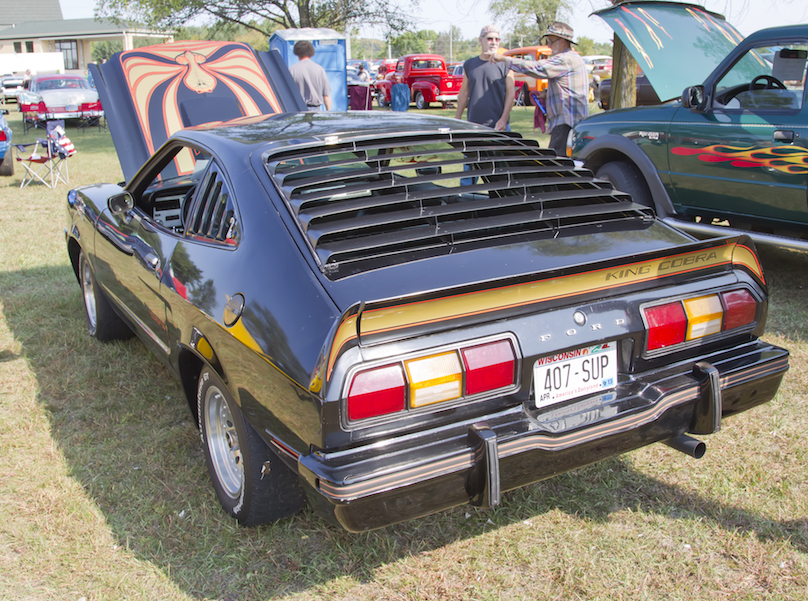 While it’s not hard to go up from “0” – and the dreary Mustang II on which this was based was most definitely that, big sales figures notwithstanding – the King Cobra deserves its spot on this list for more than just being the lesser of all evils.

For starters, it had that fantastic hood decal that made the “Screaming Chicken” found on the hoods of the Pontiac Trans-Ams of the era seem tame. Then there was the interior, whose metal-spoked wheel and dash inserts made it look like it was ready for Mad Max, with little adjustment required. Finally, it came only as a t-top, and only with a V8, while other models came standard with V6s and – for shame! – I4s. 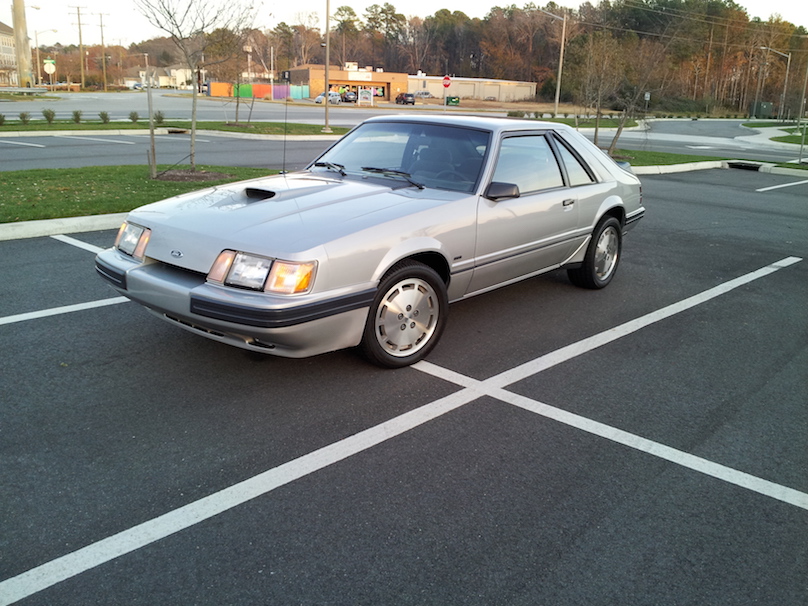 While much of the hubbub surrounding the launch of the latest-gen Mustang in 2015 centred around the addition of a turbocharged EcoBoost four-cylinder to the line-up, it was hardly the first time a factory ‘Stang received the forced-induction treatment. That honour belongs to the ’84 SVO. The lighter engine made for better handling, while the sting of losing V8 grunt was reduced by a re-imagination of the powertrain. The ’84 SVO also marks the first vehicle built under the umbrella of Ford’s then-new Special Vehicle Operations branch. 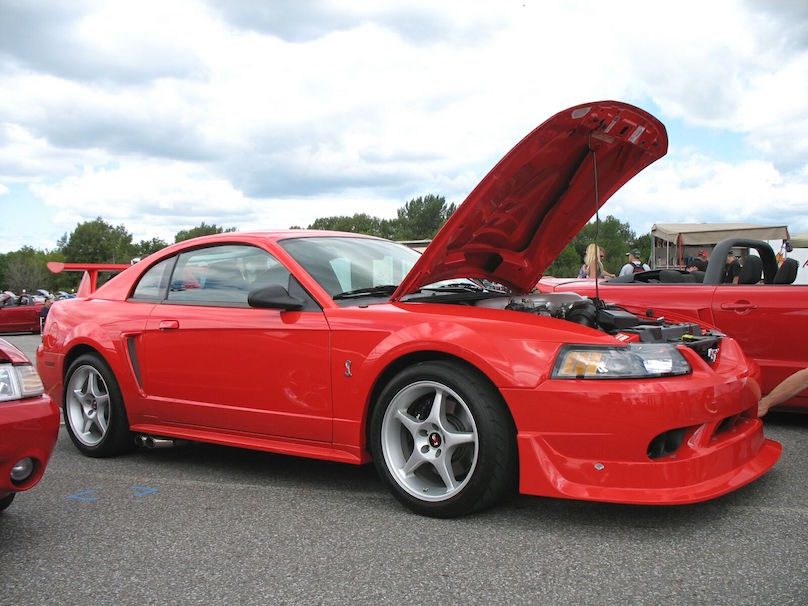 By The original uploader was CJ DUB at English Wikipedia – Commons

Just because this generation of ‘Stang got a little softer around the corners doesn’t mean they’d forgotten what they do best: big power and racing tech. Along with the sky-high spoiler and aggressive body kit, engineers stripped the interior of all the unnecessary bits like A/C and rear seats, and added cylinder heads that would later be used in the Ford GT supercar, special shocks and springs, Recaro racing seats and extra-clampy brakes .

Dark green paint. Black wheels. That oh-so-classic gas cover inscribed with “Bullitt”. Indeed, this was the second Mustang developed as a tribute to Steve McQueen’s Sgt. Bullitt and that oh-so-famous car chase scene through San Fran, but it was the better one, mainly because it looked so much more like the original. It forms the peak of a range of Mustangs that brought so clearly into focus what the original was all about, thanks in no small part to some fantastic retro styling. 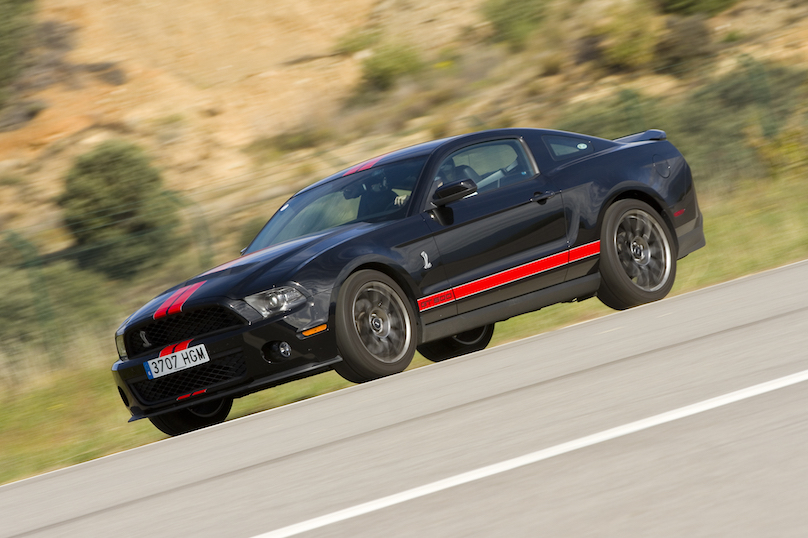 Other than being the most powerful Mustang ever sold in dealers, the ’13 GT500 deserves a spot on the list for the notoriety. Which, as we talked about before, is a big part of what makes ‘Stangs so great. Yes; there were the power figures: 662 hp, 631 lb-ft, to be precise. The ’13 model, however, would be the last Mustang Shelby himself was around to help develop. When asked “what the best car is?”, Shelby, always the pragmatist, would typically answer the same way: “the next one”. Not this time, though. At the launch in LA, he said, straight up: “this is the best car in the world.”

Which was true, because he would never have a hand in building another.

662 hp not enough for you? Then try this on for size. Thanks to a strengthening of engine internals, the Shelby 1000 was able to push 1,200 – TWELVE HUNDRED – hp. While running on pump gas, to boot. 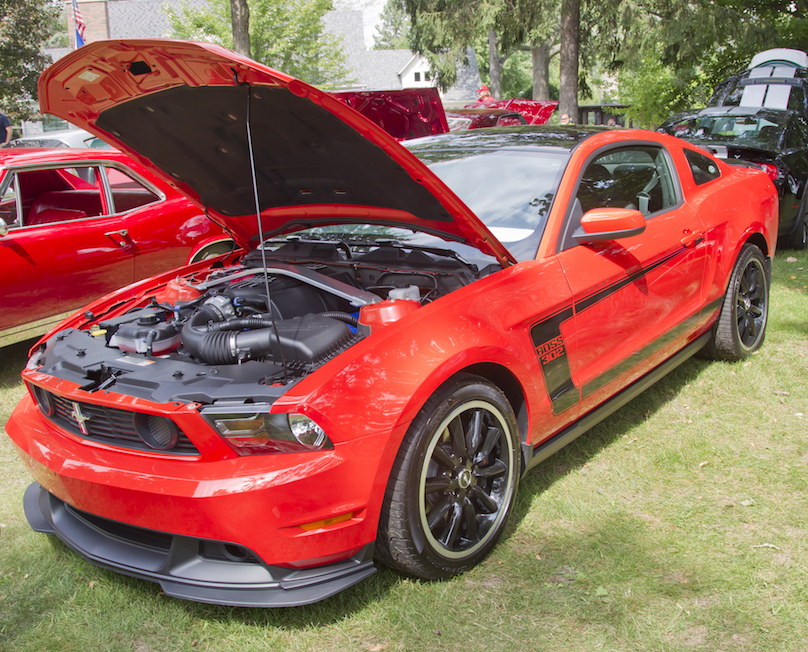 The Shelby of the era was the power monster, yes. The 302, however, was the better mix; like its predecessors from the ‘70s, no corners had been cut in developing the 302. It was lighter than your normal ‘Stang, got a power boost and all manner of interior performance additions such as Recaro bucket seats and suede finishes. The best-handling showroom ‘Stang until… 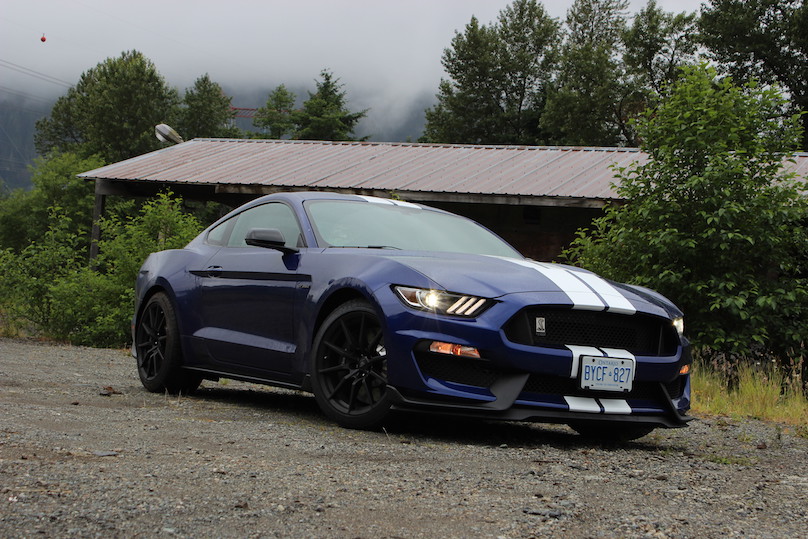 What really cements this car’s place in the halls of Mustang lore is that it manages to do such a great job of mixing the old with the new. You still have great V8 power, rear-wheel drive and a proper six-speed manual transmission. That’s the old. The new centers around the new multilink rear axle. The live rear axle departed for this gen of Mustang – much to the chagrin of many purists – but the new Shelby handles so well that it’s easy to forget all that. Worthy of its nameplate indeed.