Let’s get something out of the way right off the top. We’re not necessarily looking for the most beautiful cars here. Or the ones with the most bling. Or the most striking, or most expensive or even necessarily the best overall design.

We’re interested in the most stylish cars you can buy. Style is, of course, subjective. However, it’s also possible to establish a certain set of specific criteria for identifying when something is stylish.

Good style is a bold, deliberate choice that creates a generally pleasing aesthetic and silhouette. It has to make a statement without showing off. Which is why you won’t see any Lamborghinis on this list. Good style doesn’t necessarily mean an in-your-face design. We’re looking for cars that have the same qualities of a well-tailored suit. Not a fast-fashion T-shirt with a giant logo written in glitter.

Good style also lasts the test of time. The newest Ferrari might look hot today, but, as history has shown, most appear dated within a decade or so. But a 1967 Mustang, a 1969 Charger, Mercedes 230SL, Toyota 2000GT have a style and charm that lasts forever.

The only problem is you can’t buy any of those cars with a warranty. Luckily, there are plenty of cars that fit our style criteria you can buy in 2021. 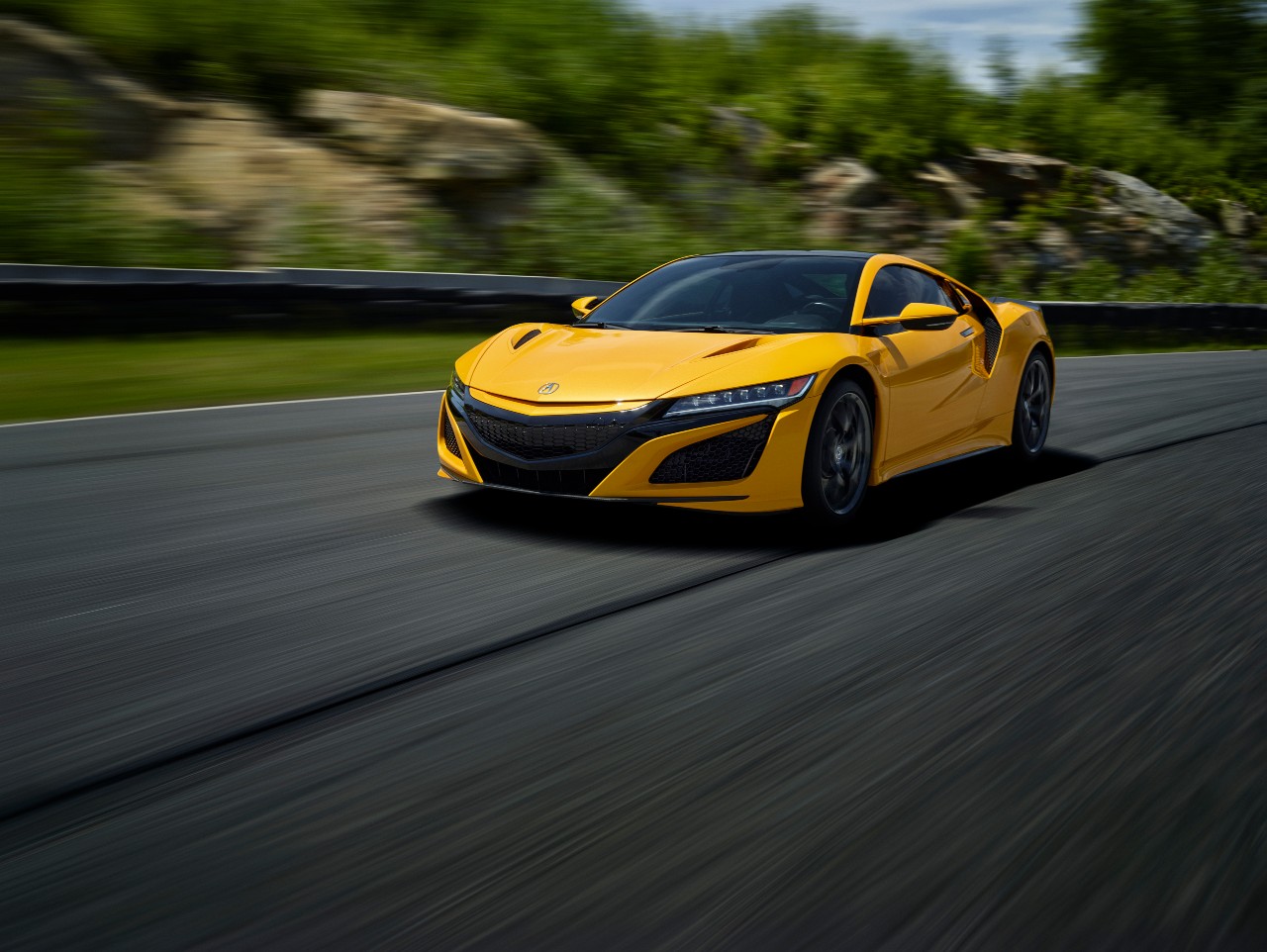 The new NSX has some big problems. It’s over-engineered, overpriced and down on performance next to its closest rivals. In that way it is very much unlike its infamous predecessor. The NSX’s biggest problem of all, however, is the arrival of the C8 Corvette, which by all measures is the much smarter mid-engine supercar purchase—at least on paper. Here’s the thing; driving an NSX makes you look like Tony Stark or Pepper Pots, a futurist ahead of your time. 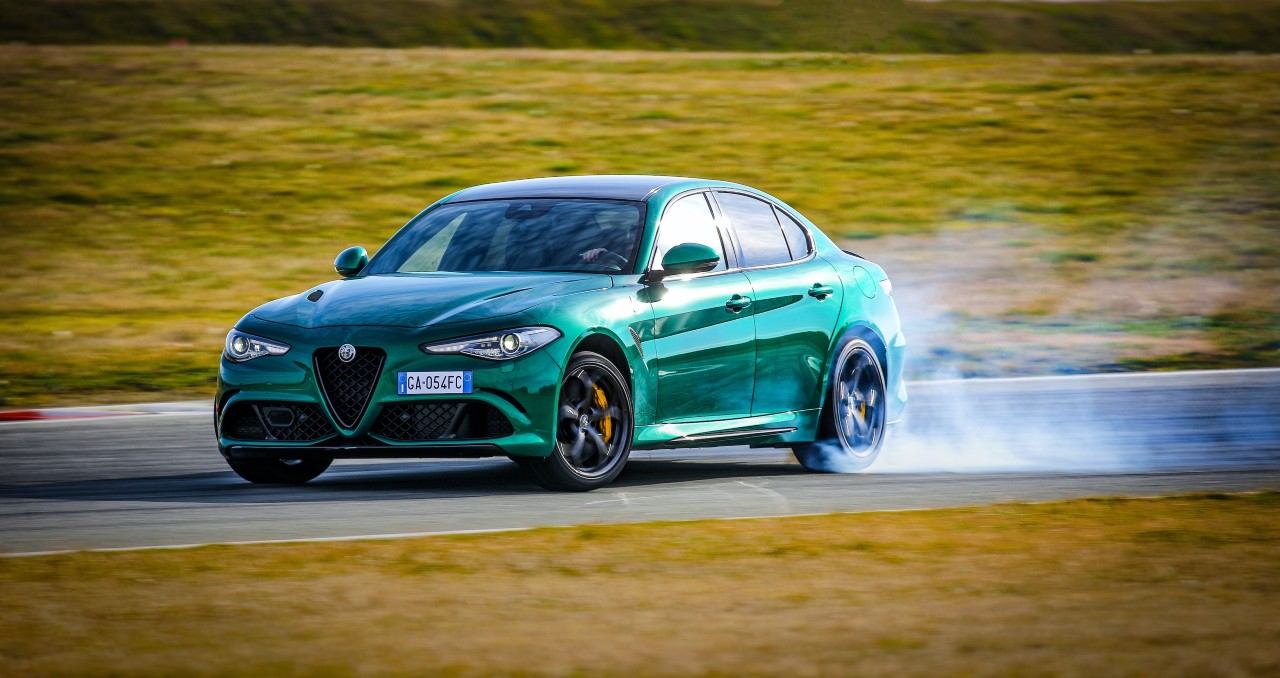 The Giulia isn’t exactly what you would call a “classic Italian beauty.” Anyone who says so is just trying to sound like a blue-blooded automotive aristocrat. With its stubby front doors and triangular grill, the whole car feels a bit disproportionate. But it’s that quirky, uneven styling that gives the Giulia a very distinct sense of style—without being over the top. You could never confuse it for your average BMW or Lexus sedan, and you need to be a little more particular of a person to buy one. 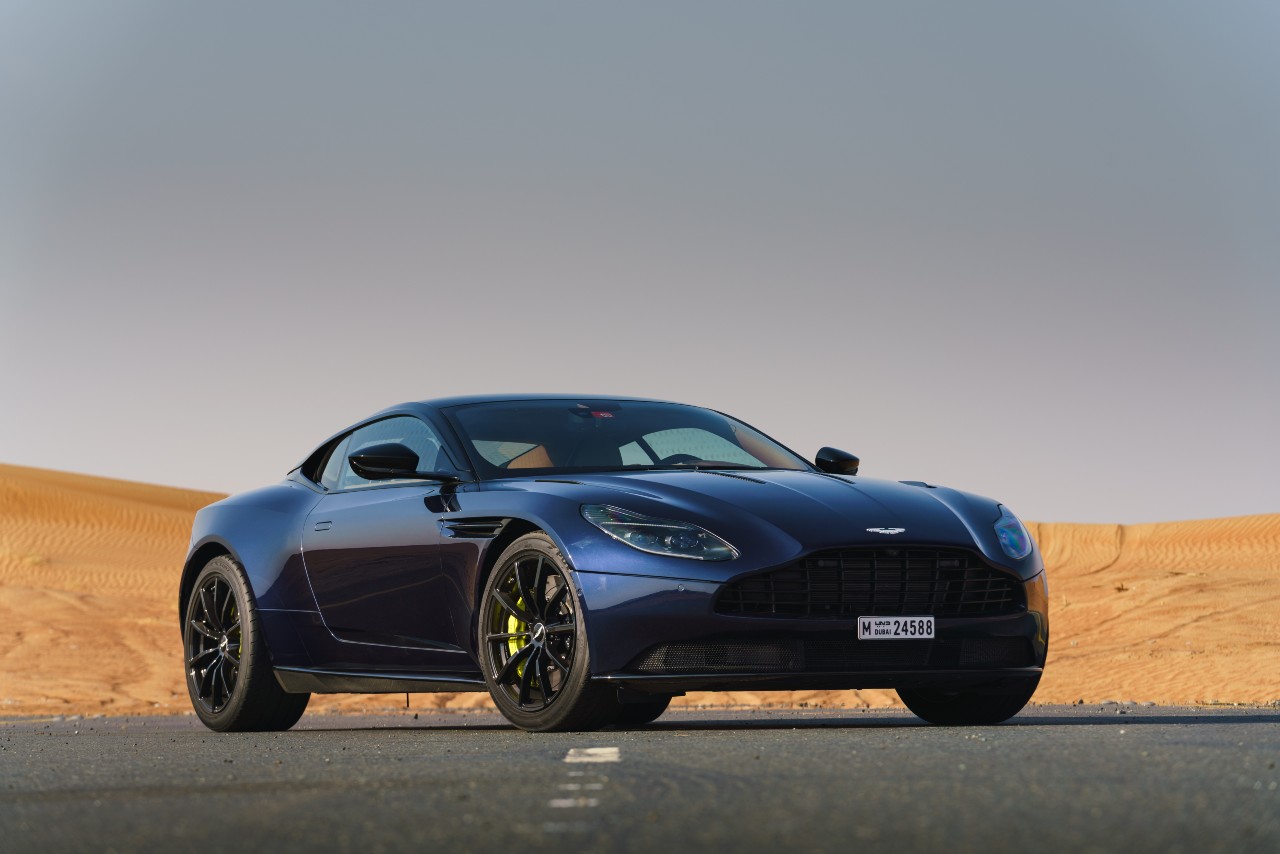 On every other car website, you can select a model and begin to build your own. Not on the Aston Martin website. They ask you instead to please “style your Aston Martin.” You don’t add options to your DB11, you “personalize” it. That should tell you all you need to know about the DB11 without having to reference James Bond. 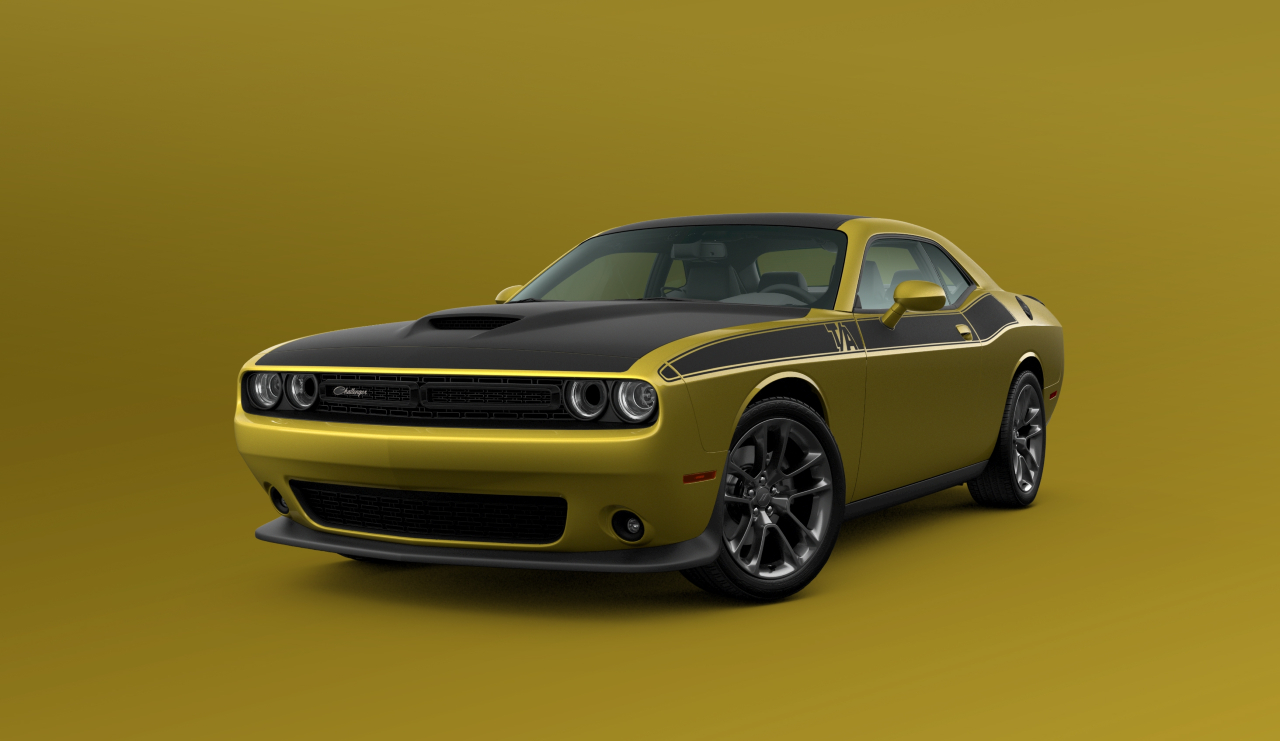 Even though we’ve become more than accustomed to the silhouette of the Challenger durings its now 13-year run, there’s no denying that it is still one of the most uniquely styled vehicles on the road. Of course, its shape and styling conjure up images of muscle cars from a by-gone era (when cars looked better than they ever did), but it also manages to clearly communicate everything the vehicle stands for; power, simplicity and aggression. 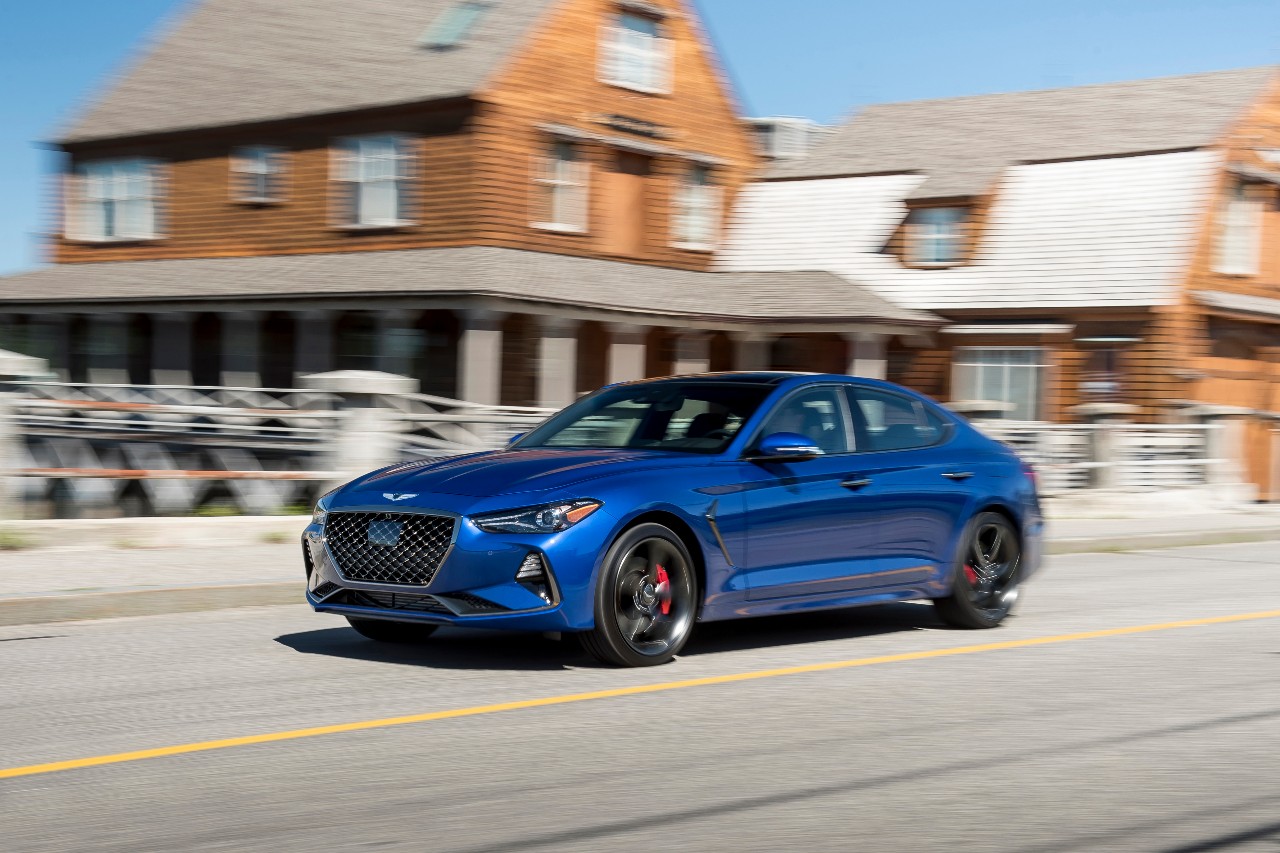 There’s nothing particularly interesting about the Genesis G70. It doesn’t have an exceptionally unique design and it does gets lost in an auto-filled crowd. But if you saw a friend driving one, you’d think, “that’s a sharp car,” while your impression of the same friend driving an Audi A4 or BMW 3 Series might result in, “what a show-off.” There’s something about the simple elegance of the G70 that exudes a certain kind of quiet confidence 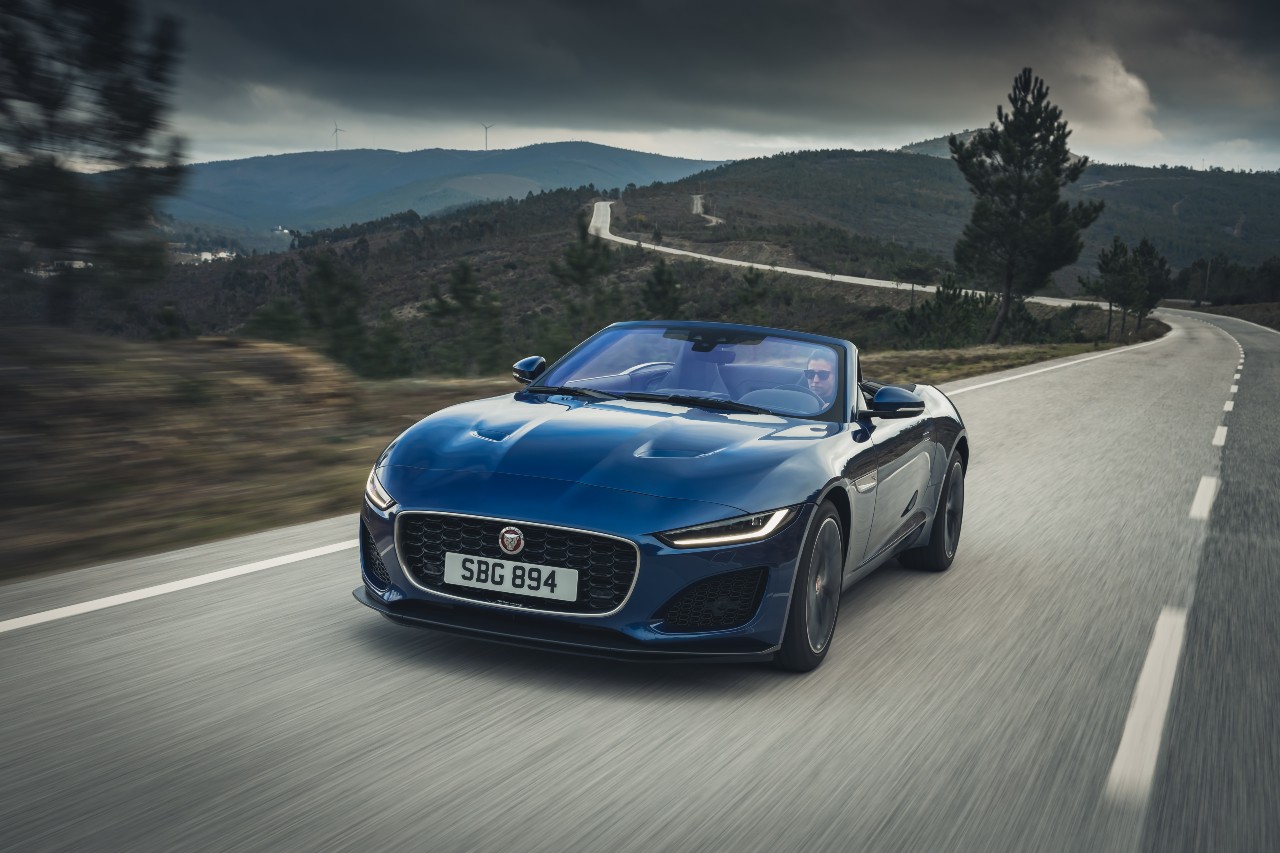 Like its predecessor, the Jaguar E-Type, the F-Type’s styling is an exercise in simplicity and restraint. Instead of relying on enormous vents, wings, scoops or an abundance of styling elements (looking at you, Honda Civic Type-R) its styling relies on its sweeping silhouette. And it’s all the better looking for it.

The F-Type communicates the idea of barely constrained horsepower without boasting about that power in any way. 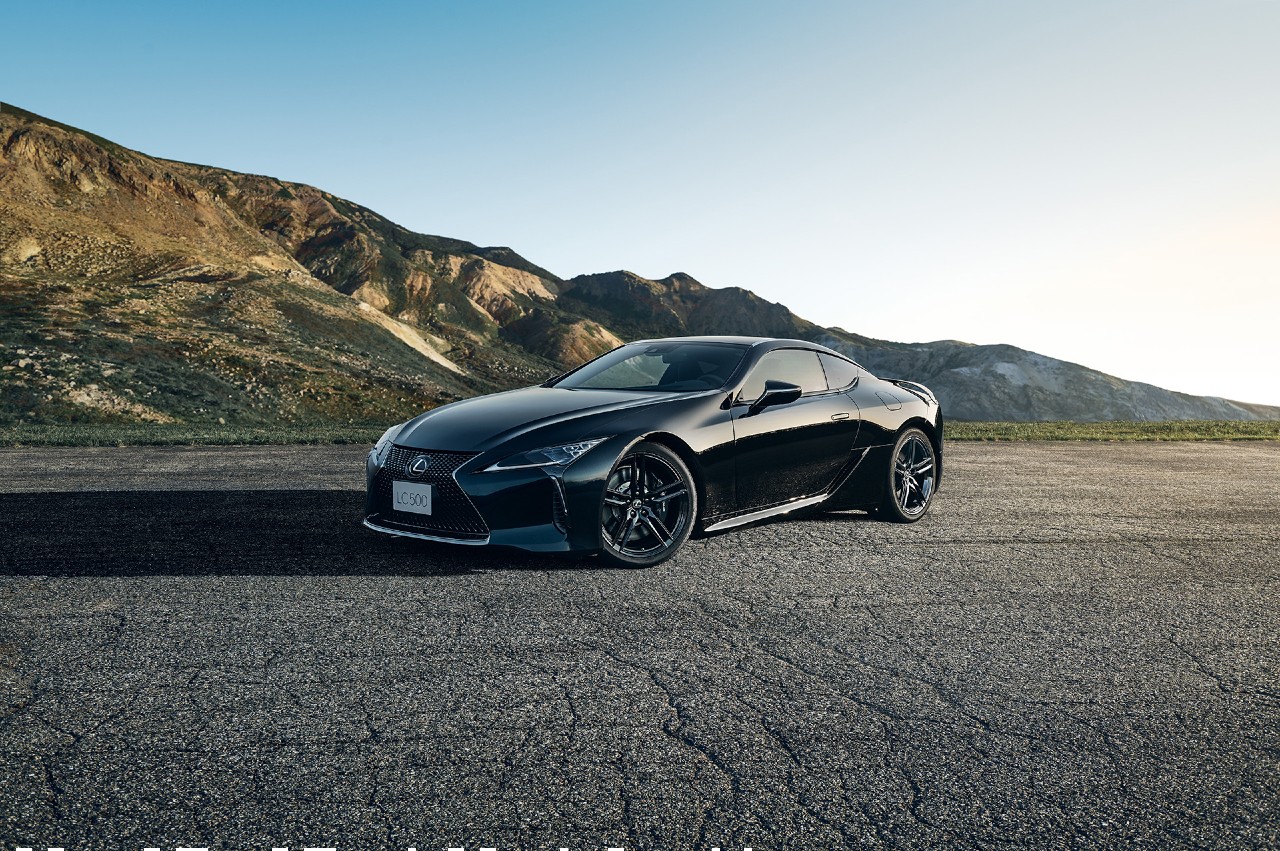 The Lexus LC doesn’t look like it was styled so much as it was carved from a block of ice. Every sharp line on the car looks like a switchblade that could draw blood if you were to touch it. And yet, despite all of its intersecting angles and lines, its silhouette remains simple and unencumbered. It’s that perfect example of making distinct choices. 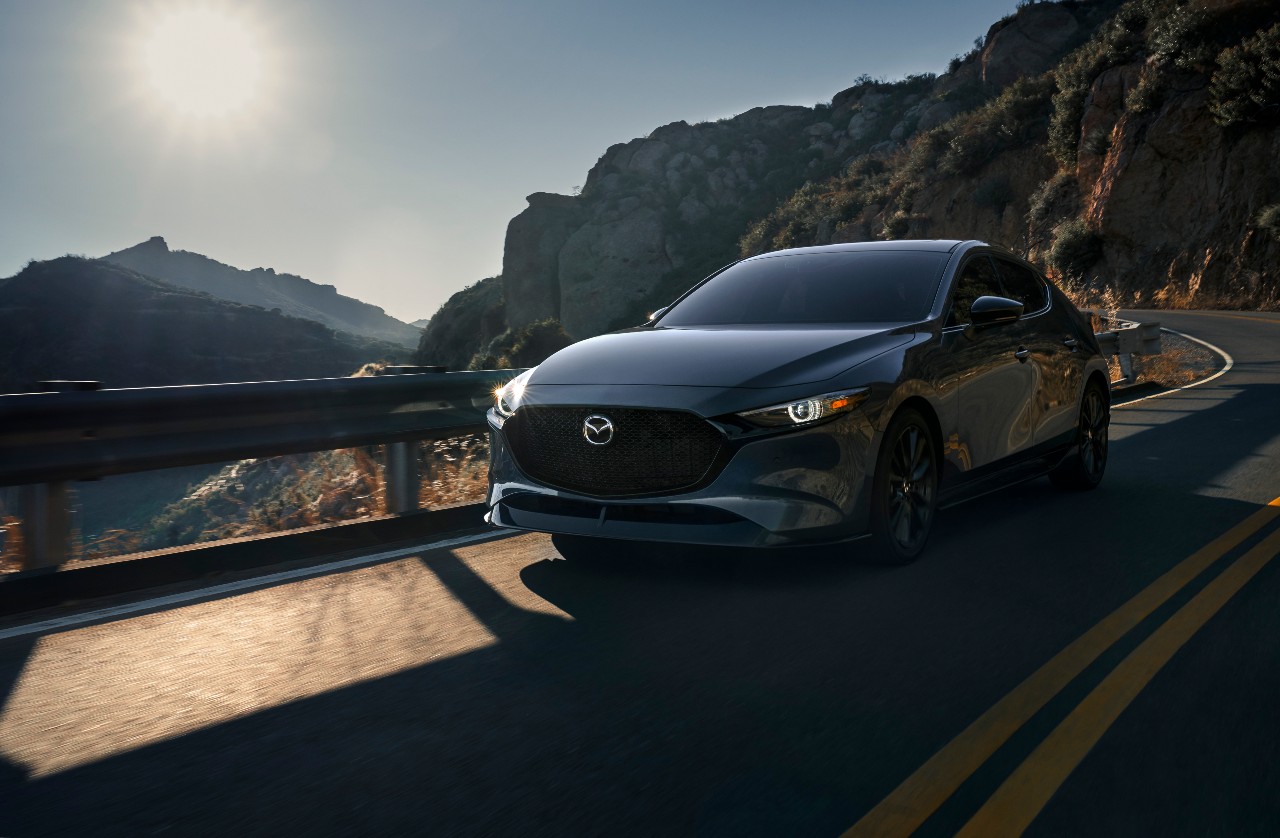 Mazda’s new mission statement is to give buyers a sense of real luxury at economic prices. And when examined through the lense of the Mazda 3, it’s hard to argue that they’re not succeeding. The Mazda 3 looks like a car that costs three times as much by attempting to do three times as less with its styling. The car’s unbroken lines, use of negative space and subtle curves conjure up feelings of Apple products. It’s as utilitarian as it is nice to look at. 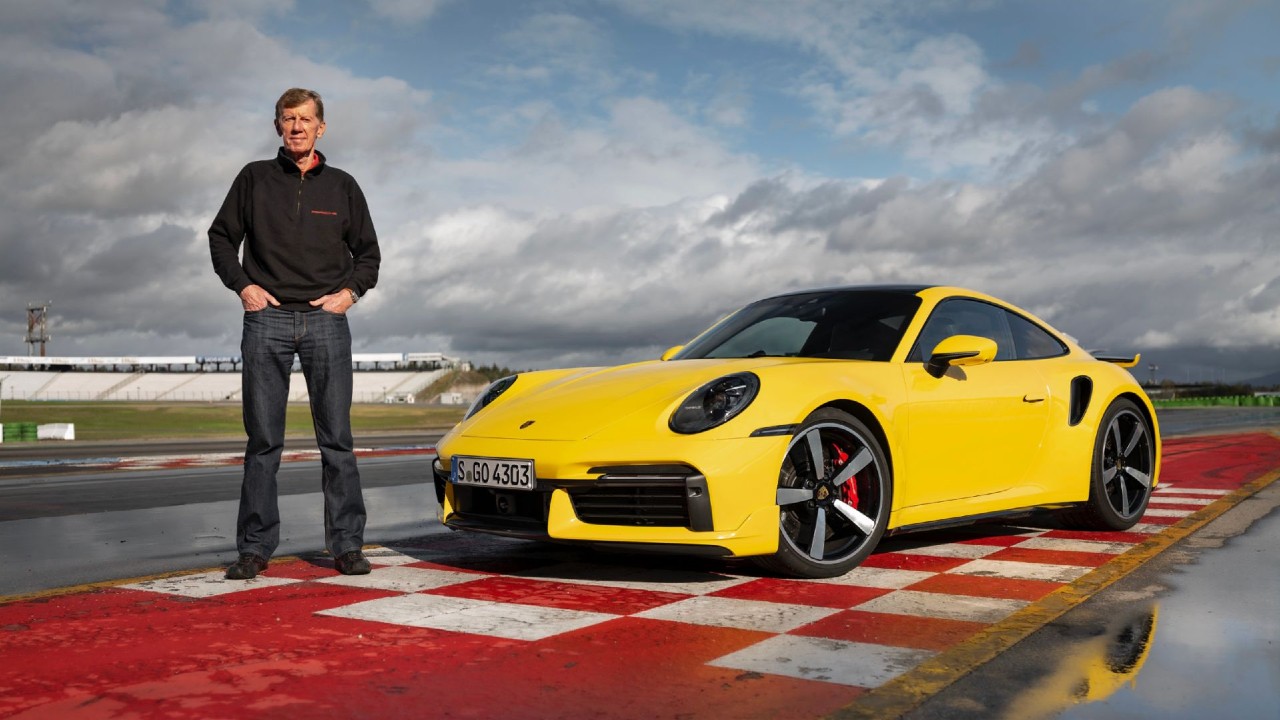 Was it a given that the 911 would be on the list? No. The older 911s, like the 996 and 997, were shapeless things—like elongated VW Beetles attempting to be as unremarkable and bland as possible.

However, the newer 911s, which includes the 991 and 992, retain their simplicity but also manage to communicate some stylish aggression with their wider rear fenders and sharp front fascia. Are the changes subtle? Yes. But they communicate a very different and much more exciting idea than the old cars ever did. 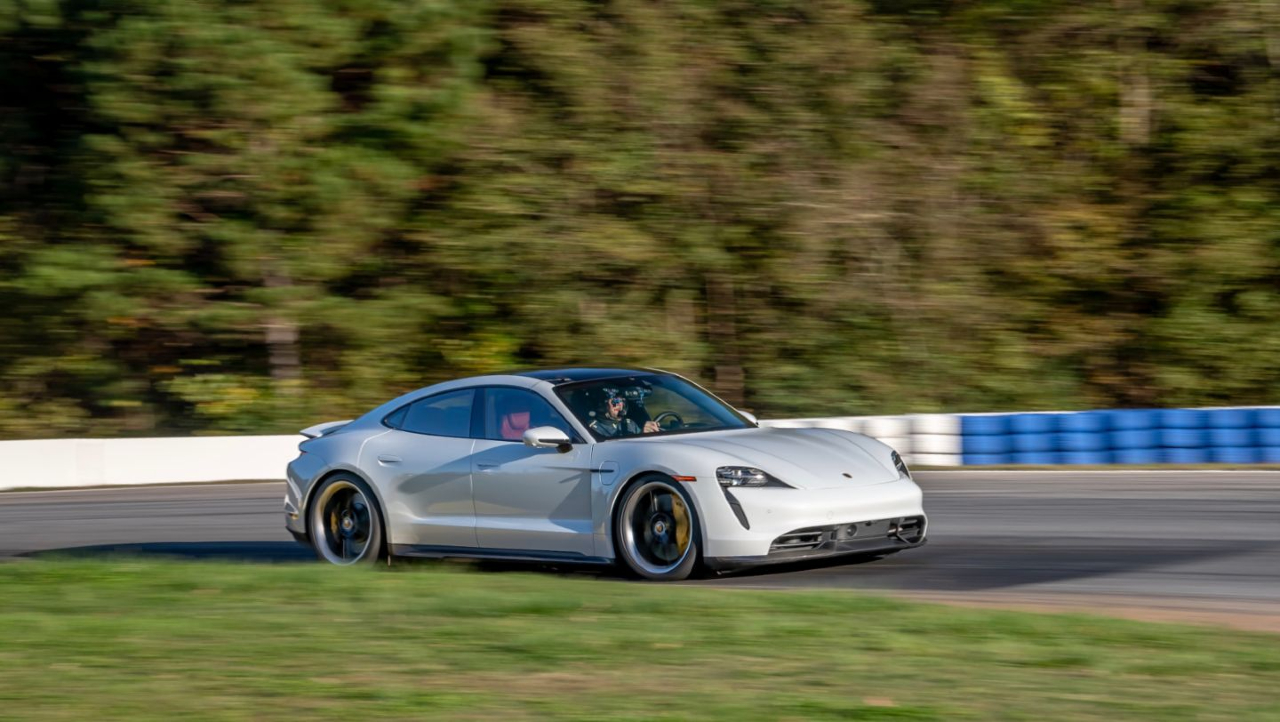 The Taycan’s styling deserves acknowledgement for managing to do what the Panamera still hasn’t; successfully translate the 911’s design language into a sedan format. While the Panamera still looks like someone cut a 911 in half and shoved a C-Class vehicle in the middle, the Taycan looks purposeful and cohesive. It’s also managed to do something a Tesla Model S has failed to do; make an electric vehicle seem cool. 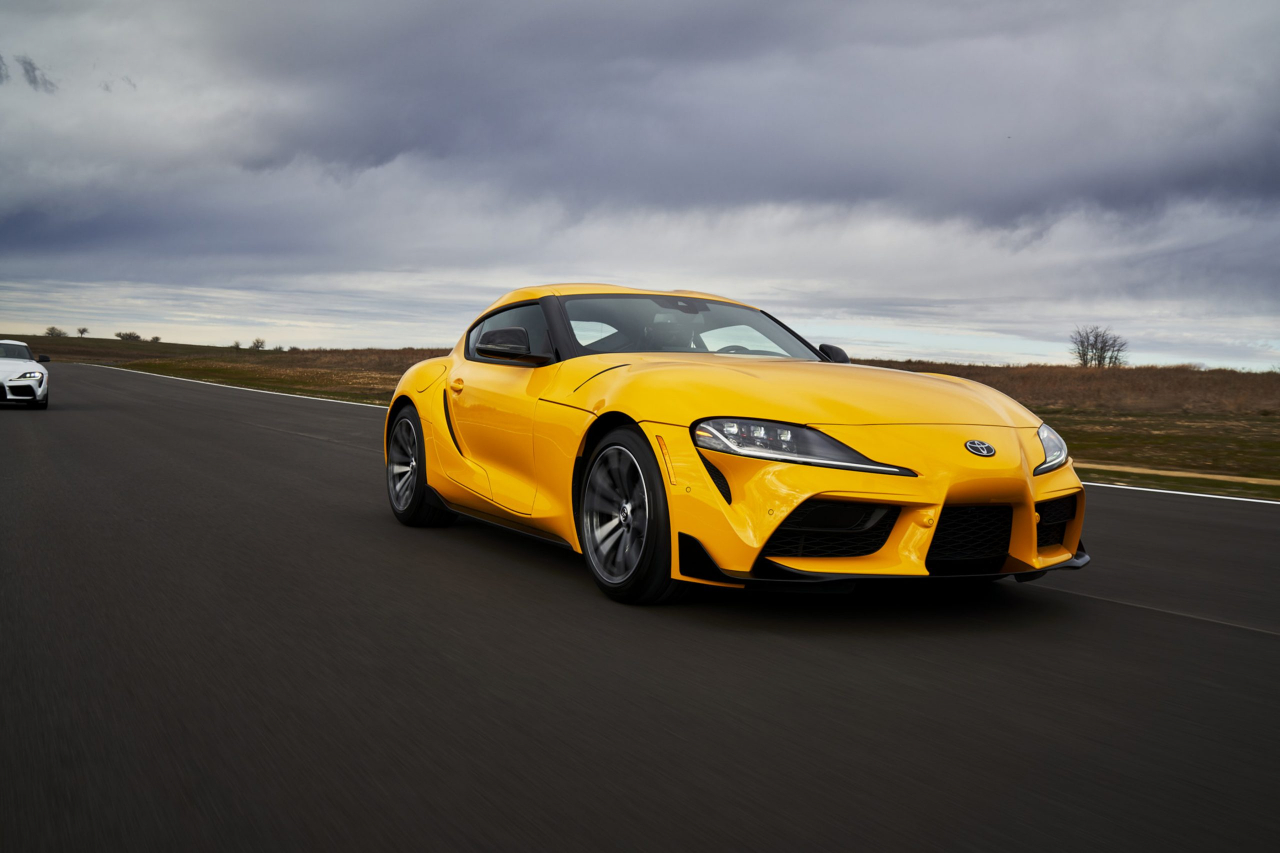 Like everything about the new Supra, its entry on this list will probably garner some controversy. From a pure design standpoint, kudos need to be given to Toyota’s efforts to fit the FT-1 concept car onto a BMW’s Z4 chassis. The fact that this car looks anything like the concept car is nothing short of amazing. The Supra’s short wheelbase makes it look odd in photographs, but in person the proportions work beautifully, and the car’s sweeping lines manage to turn heads absolutely everywhere it goes. 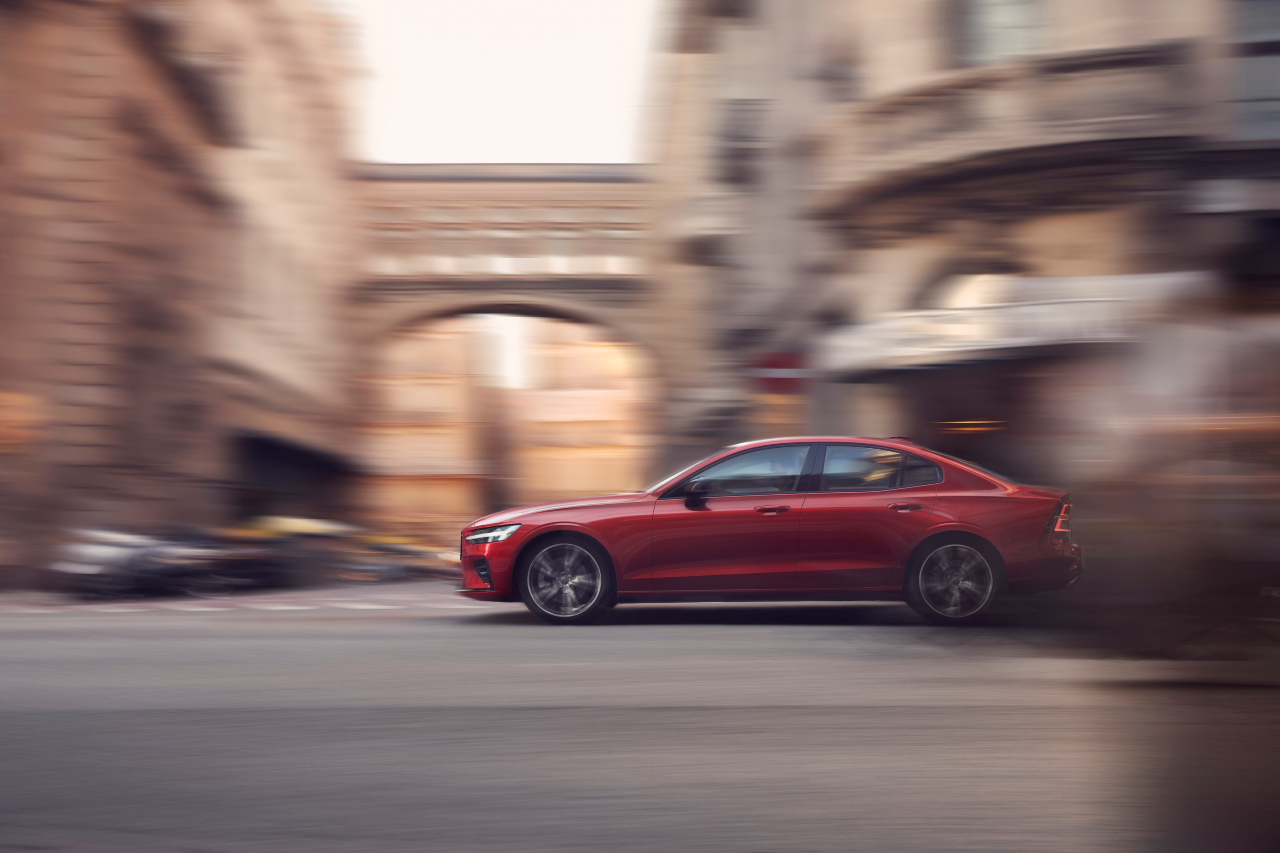 When the designers sat down to work on the latest Volvo S60, it’s almost as though the asked, “How can we make every single piece of the car beautiful without calling attention to it in any way?” While there is not an abundance of design features that stand out (and that’s the sort of the point), the S60 uses inherent design necessities, such as headlights, taillights, bumpers and even side view mirrors to fix its proportions into a simple rule of thirds. I sincerely think this is a better-looking car than anything with a Lamborghini badge and nothing you can say will change my mind.