The 10 Best Performance Bargains of 2021

The best bang-for-the-buck performance vehicles of the year

It’s hard to believe it’s been a year since I wrote the last round up of the best performance bargains to be had for the speed-crazed gear heads among us.

To recap, “bargain” doesn’t necessarily mean inexpensive. It means that the car delivers far more performance than you would expect based on what you would pay for it. These are the cars that punch above their sticker price.

This is an exercise to figure out how much performance you can squeeze out of any budget, whether that budget be $35,000 or $100,000. While there are some returning culprits from last year’s list, discontinuations, hiatuses and new introductions have shaken things up a bit. 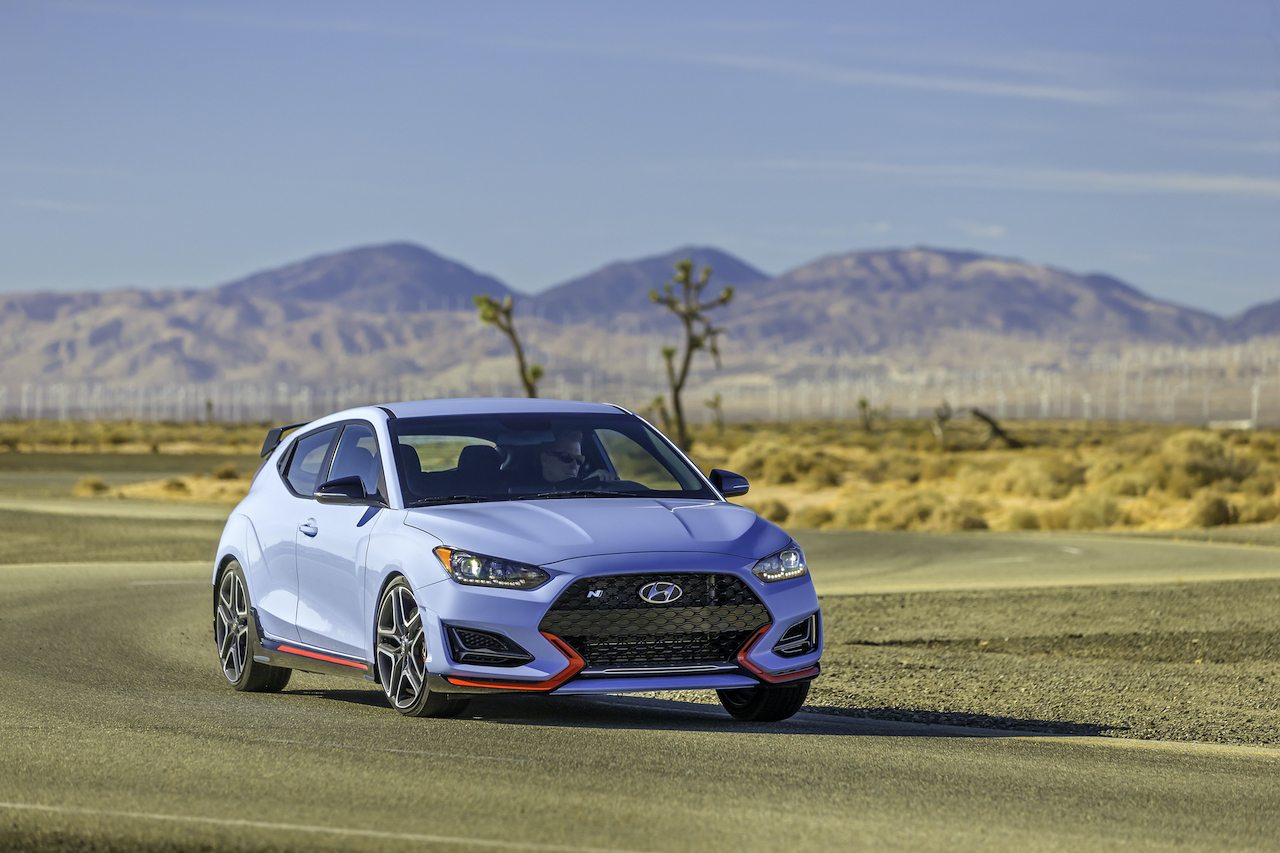 This entry-level spot used to be occupied by the VW Golf GTI. And if I’m being honest, the GTI is the one I would buy. However, the base price of the GTI has jumped up about $5,000 since last year and that means it’s far too close to the Veloster N with its superior 275 horsepower and roughly five-second 0-100 km/h time. The Veloster N is the true hot hatch bargain at this price point. 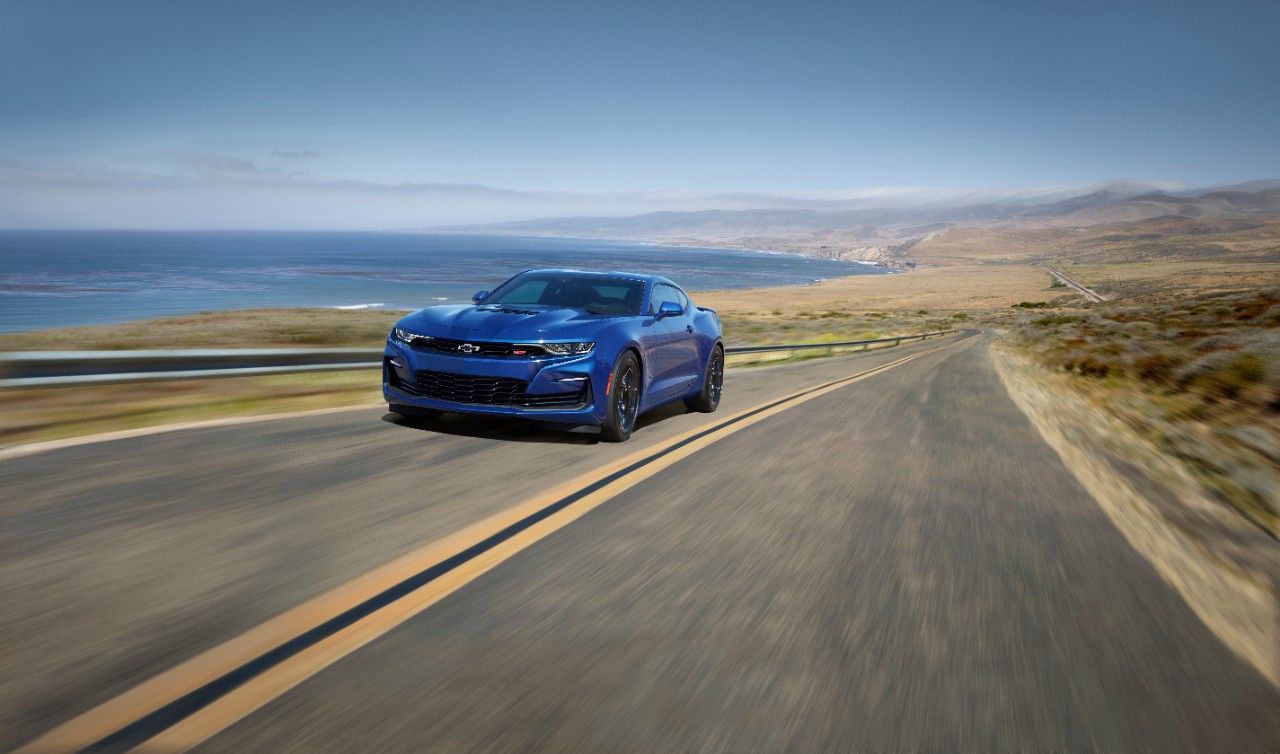 The LT1 is one of the most notable efforts from a brand to make their product more accessible without compromising the core experience of the car. The LT1 Camaro features many of the performance bits you would expect to find on the Camaro SS — the 6.2-litre V8 producing 455 horsepower being the big one. However, it makes due without unnecessary ultra-luxe additions such as leather seats and magnetic ride suspension. What you get is a stripped-down, raw V8 muscle car with a 4-second 0-100km/h time. 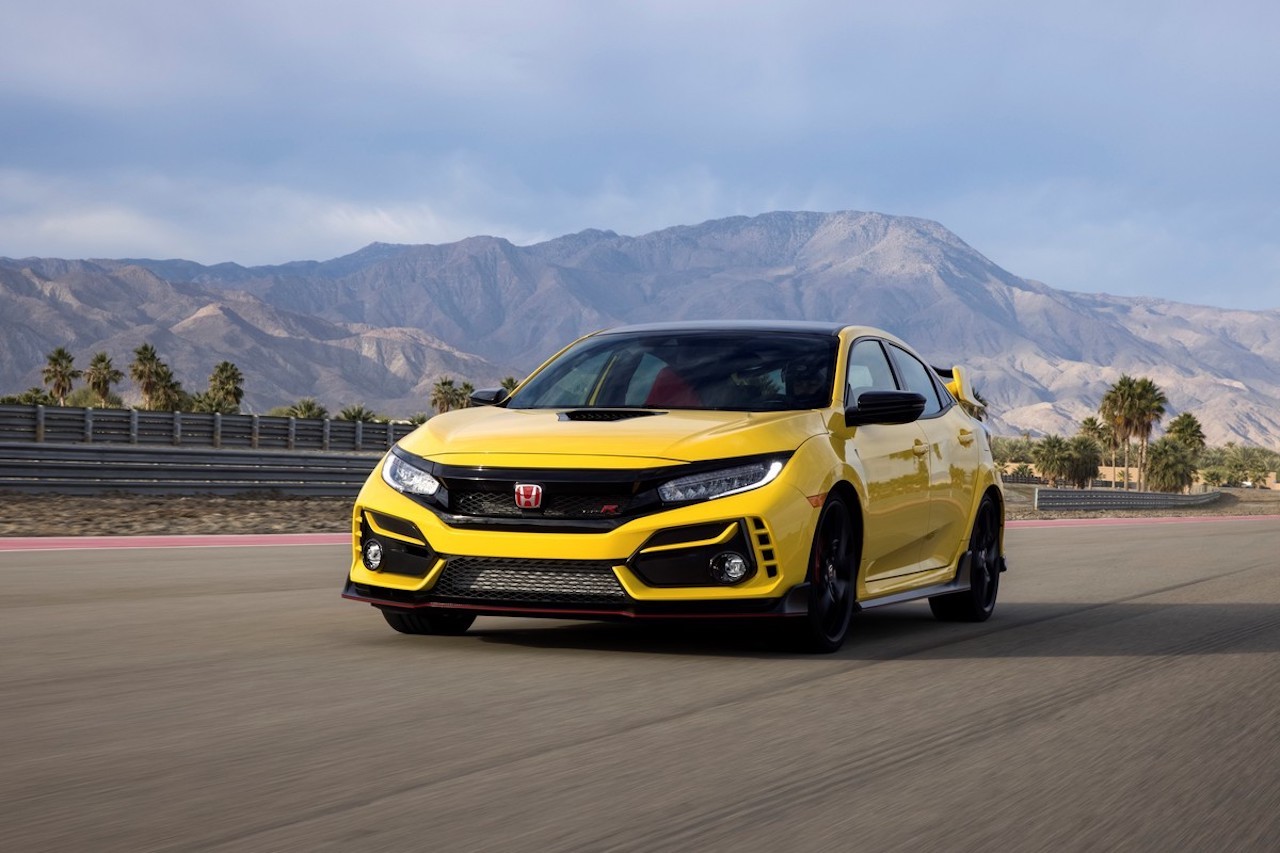 Because there’s a new Honda Civic model right around the corner, this is the last hurrah for the Type R before a hiatus in production (hopefully a short one).

Sure, the super special edition Type R LE models have all been spoken for, but there are still plenty of good reasons to get your hands on the regular Type R. Besides continuing to boast its very buff 306-horsepower, 2.0-litre turbocharged K-series engine and a five-second 0-100 km/h time, the Type R offers endless, accessible driving fun, while still being ridiculously easy to live with on a day-to-day basis. It’s also usually a very good idea to buy the very last edition of a model — particularly a performance model. Honda has fixed day-one issues such as engine cooling and brake dust build up, making the Type R an even more stress-free performance bargain. 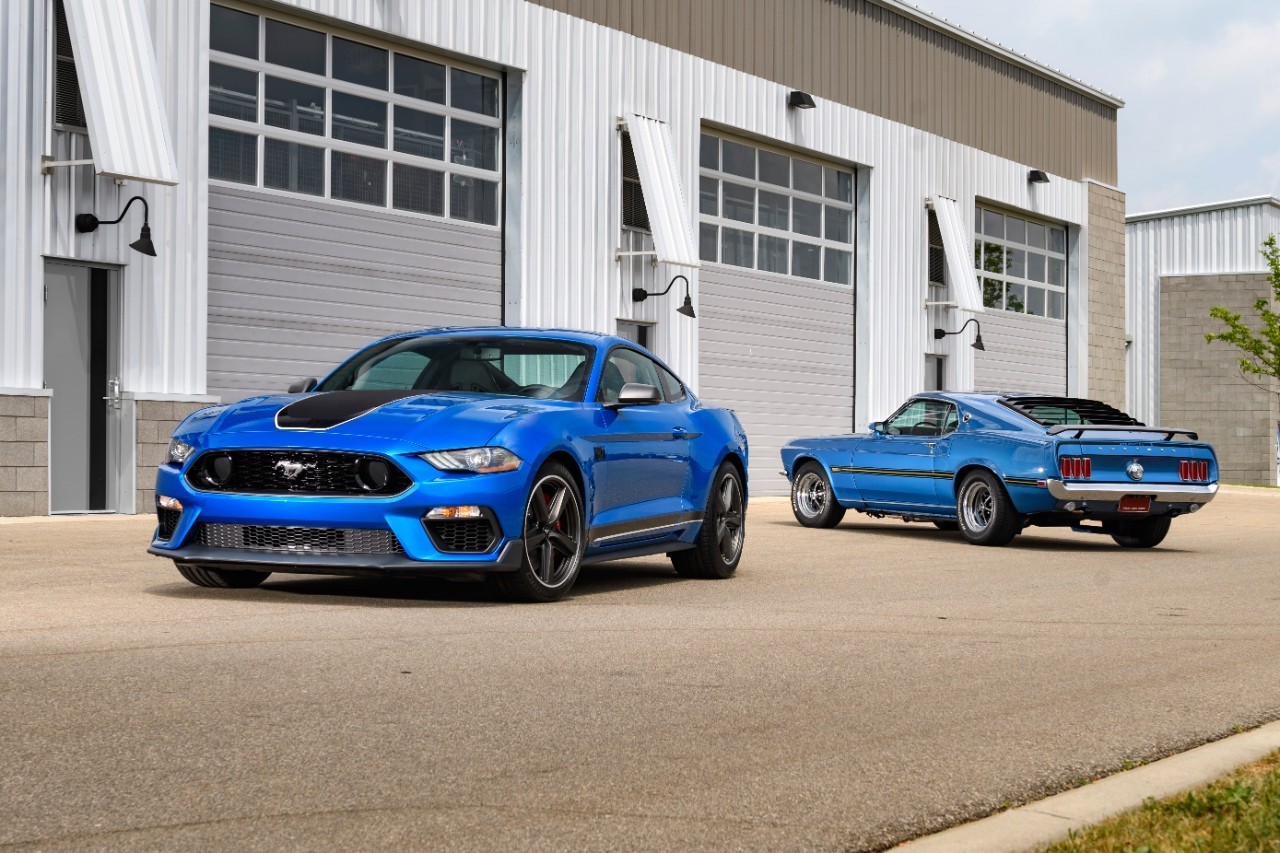 The Mach 1 seeks to reduce some of the Mustang line-up by replacing three models: the GT Performance Pack 2, the Bullitt and the Shelby GT350.

Now, $65K is a lot for a Mustang with a running horse and instead of a cobra badge. The Mach 1 also doesn’t carry over the GT350’s superb 5.2-litre flat plane crank V8, instead opting for the 480-horsepower Bullitt variant of the 5.0-litre ‘Coyote’ V8. However, there’s a lot more to the Mach 1 than just an engine variant. The Mach 1 receives all of the GT350’s suspension tuning and perhaps most importantly, its TR-3160 Tremec transmission, a massive upgrade from the GT and Bullitt’s MT82.

Let’s also not forget that while the GT350 was excellent, the Shelby badge drove a huge premium at dealers, so you could never really buy one for the MSRP. So hopefully the Mach 1 will offer broadly the same performance as the GT350 without a need to pay over sticker — in which case, it would be a true bargain even at $65,500. 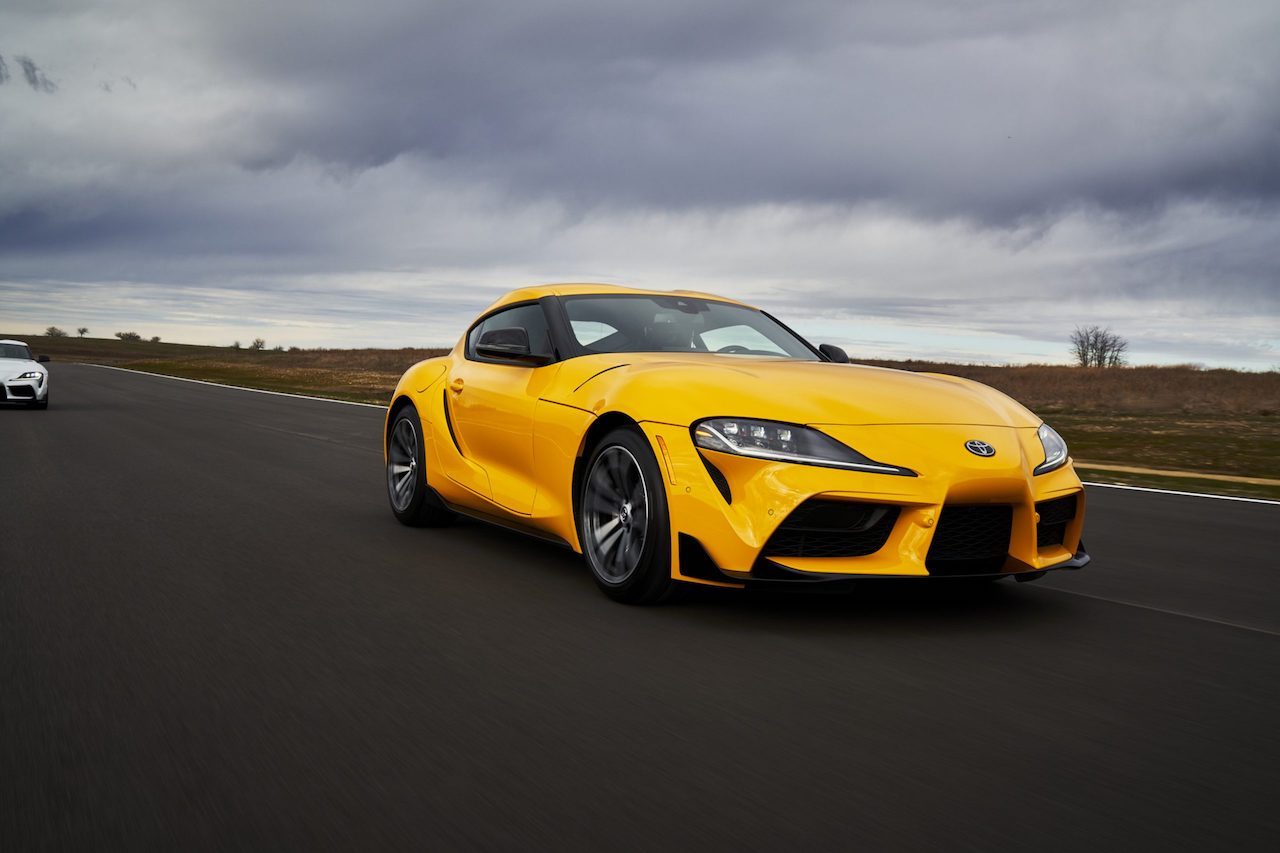 The Supra is a little more expensive this year but it’s also more powerful and more buttoned down with trick suspension tuning. Now boasting 382 horsepower (more like 450 at the crank) from its twin-scroll turbocharged 3.0-litre inline six and rocketing to 100 km/h in under four seconds.

Sure, it’s more expensive than a Mustang GT or Camaro SS which offer close acceleration numbers for a large discount over the Supra, but those cars haven’t been around the Nürburgring in 7:52 minutes — that’s faster than a Ferrari F430 and less than half a second slower than a Lamborghini Gallardo LP560-4. 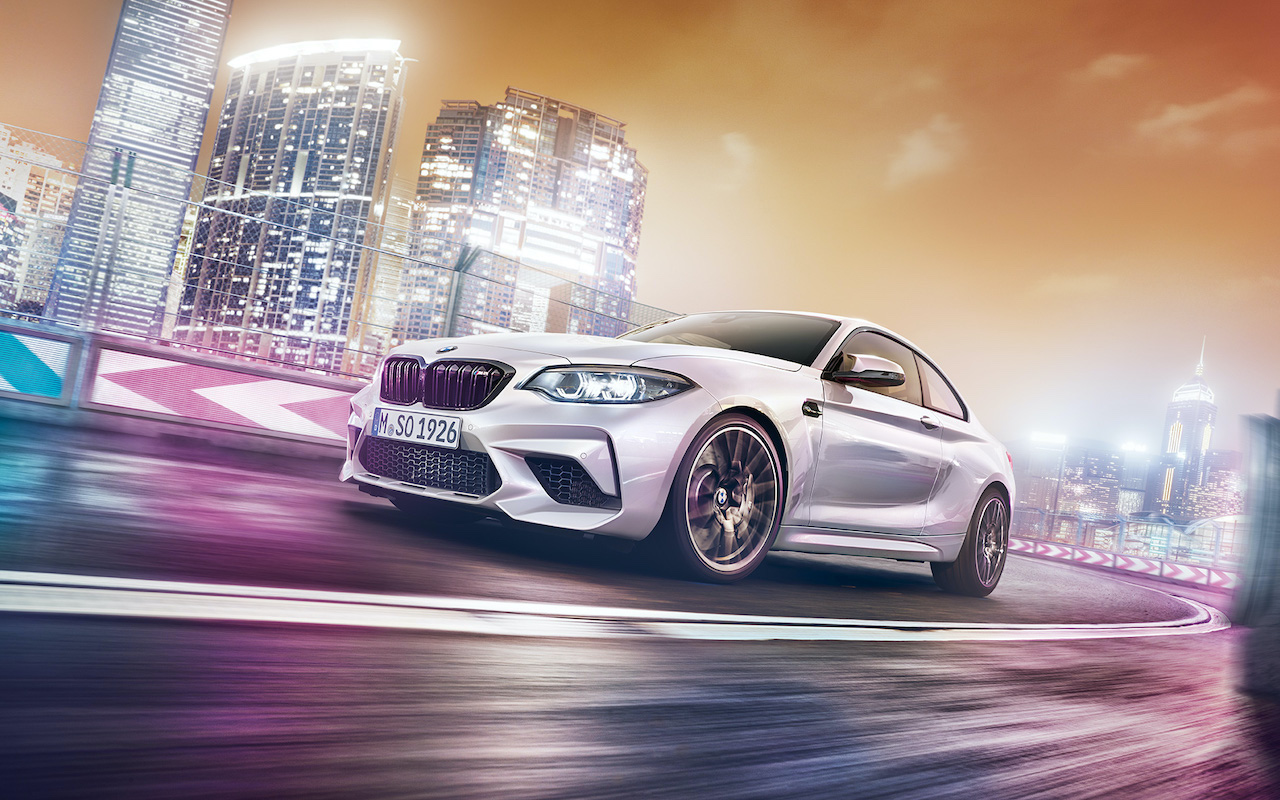 Unlike every other car on the list that’s carried over from the previous year, the M2 Competition has actually lowered its price — and now it presents itself as an even more tantalizing alternative to the Supra as their price gap narrows. The M2 Competition will do the same sort of acceleration numbers as the Supra, and they’ve both lapped the Nürburgring in 7:52 minutes. Actually the Supra was fractions of a second faster.

So why go for the M2? That’s easy. It’s got a six-speed manual transmission. And, in my opinion, that’s worth every penny of a $4,510 price gap.

It’s still expensive and the new Corvette C8 has significant mark-ups, with even the lower-optioned models boast asking prices above $100,000.

Still, if you do go through the process of ordering yours through Chevy directly, you can now add the Z51 pack to any trim level, independent of the costly LT3 option package, which greatly reduces the price of the performance-minded Corvette.

Of course the highlight of C8 remains unbelievably fast at 2.9 second for a 0–100 km/h time, which puts the C8 in the realm of some of the most expensive and exotic supercars in the world. Even with the price mark-up, it’s still a bargain over even its closest rivals. 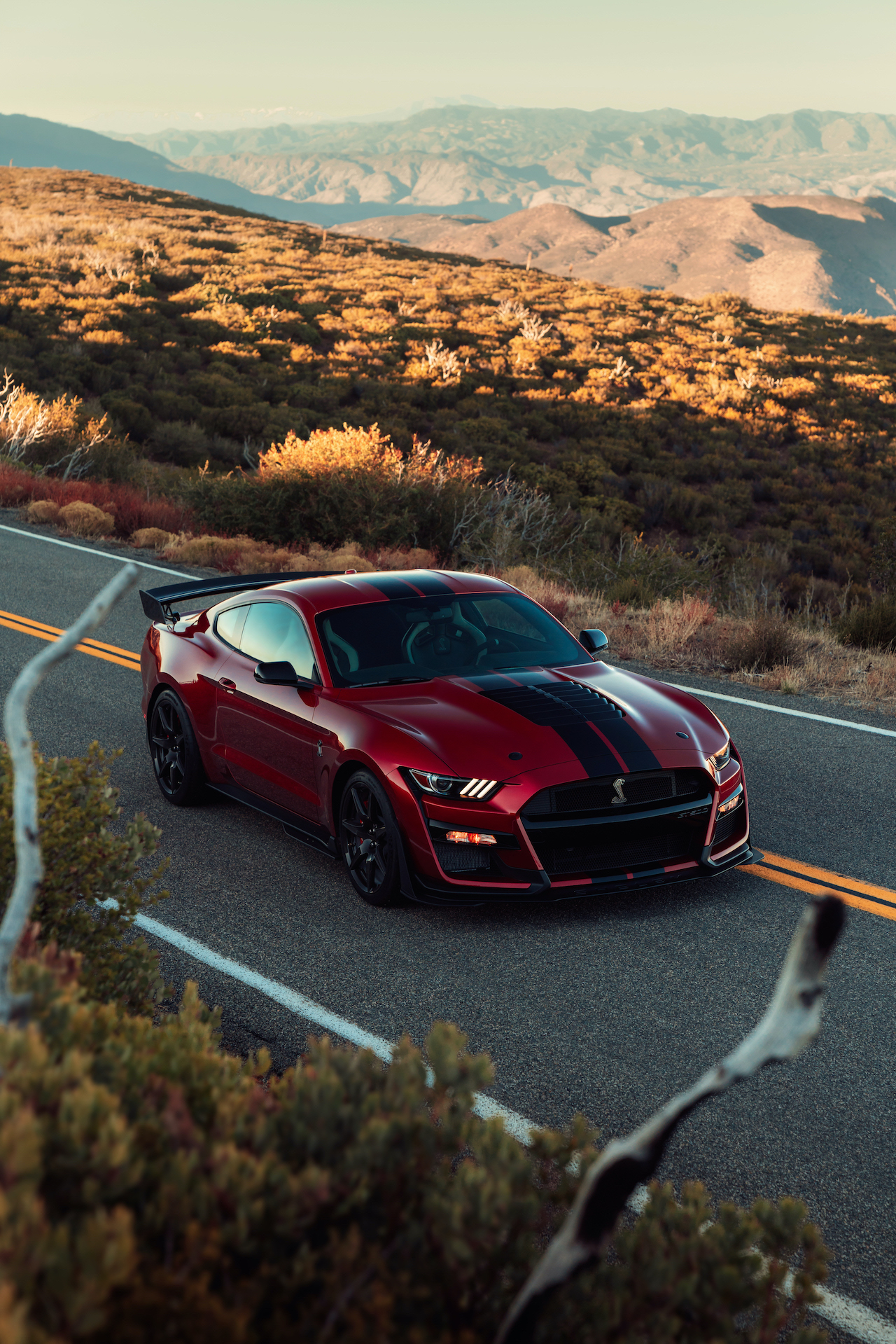 The new GT500 has made its way onto the list for two reasons. First, the Porsche 911 GT3 is absent this year. After seeing just how competitive the GT500 was in comparison tests against the last GT3, the GT500 deserves to take a spot left absent by the GT3 on this list.

Second, in theory, it’s cheaper than the cheapest Hellcat you can buy this year, the 797-horsepower Dodge Challenger SRT Hellcat Redeye. The GT500 is also ever so slightly faster. However, be warned, that the price you may pay could be steeper than the MSRP because of the GT500’s limited production run.

Again, this is all in theory. In reality, you’d want to buy the Hellcat Redeye. Why? Because dealers and re-sellers are charging an insane, massive premium on the GT500, pushing prices north of $150,000 in some cases. They’re able to do this because of the GT500’s limited production numbers. 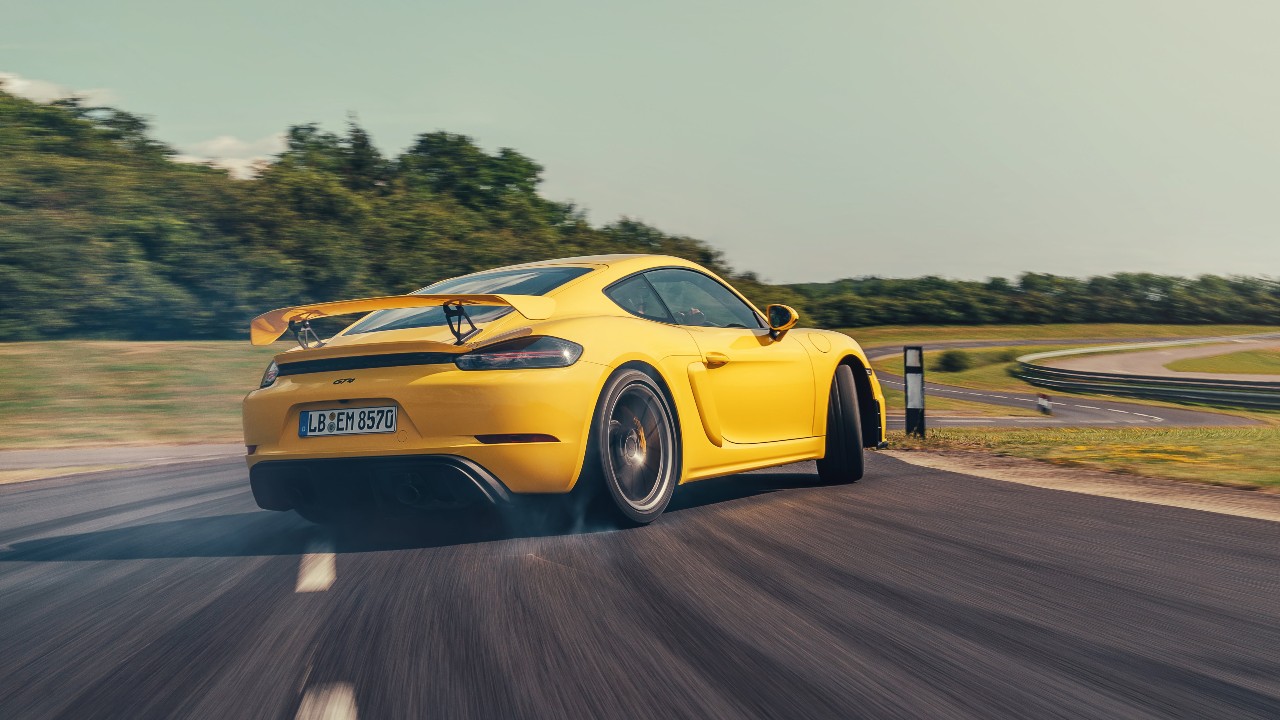 You’re probably wondering why you would buy the ‘blinged out’ version of the 718 Cayman, when the Porsche 911 is only a hairsbreadth away.

It’s because the GT4 is not messing around. Even though it’s $115,000, the GT4 offers the kind of performance once reserved for only the most top-tier hypercars on the planet.

Hyperbolic? Yeah, okay, a little. But consider that this humble Cayman has lapped the Nürburgring in a mind-melting 7:28 minutes with its 414 horsepower engine and 4.4-second 0 – 100 km/h abilities. For context, that’s 12 seconds quicker than the time set by the Carrera GT supercar back when it was first launched. 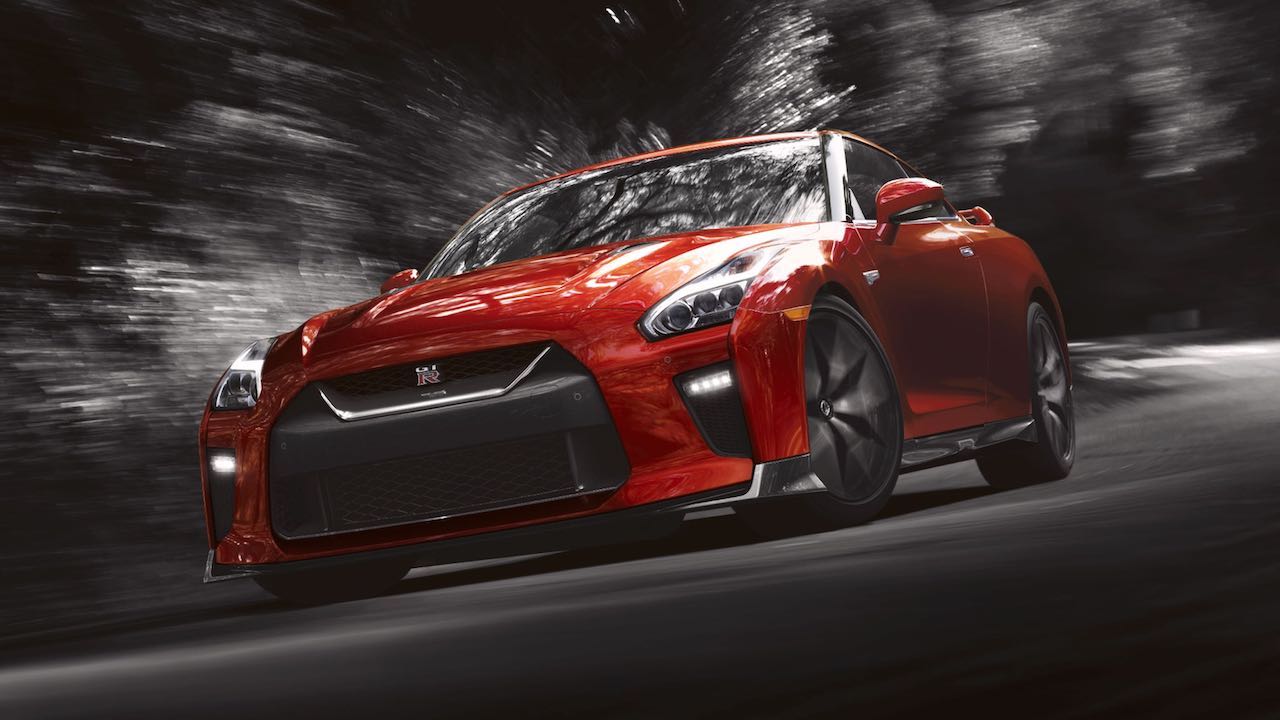 With no Porsche GT3 to speak of in 2021 (although it will return for 2022), it means the Nissan GT-R can claim its place atop the performance bargain list. Ironically, while the GT-R has only gotten more and more expensive over its 13-year life cycle, you could probably manage to buy one cheaper than at least two cars on this list.

So not only is it a bargain amongst the bargains, but its 2.9 second 0-100 km/h time, and many astonishing racetrack lap times make it competitive with some of the fastest cars in the world.

The GT-R’s fastest official recorded time is 7:19 minutes — which still put it ahead of cars costing two to three times as much such as the Ferrari 488 GTB and Lamborghini Aventador LP-700.