Ten Things to Know about the 2019 Hyundai Kona Electric

In its “normal” form, the Hyundai Kona is already kicking butt and taking names all over both the compact hatch and subcompact CUV landscape. Canadians are buying them in droves thanks to its good powertrain, well-equipped interior and butchy-yet-cool looks. It appears Hyundai knew it was going to be a popular platform because they’re also building a full-EV version of it and believe it or not, it’s selling, too. Here’s why. 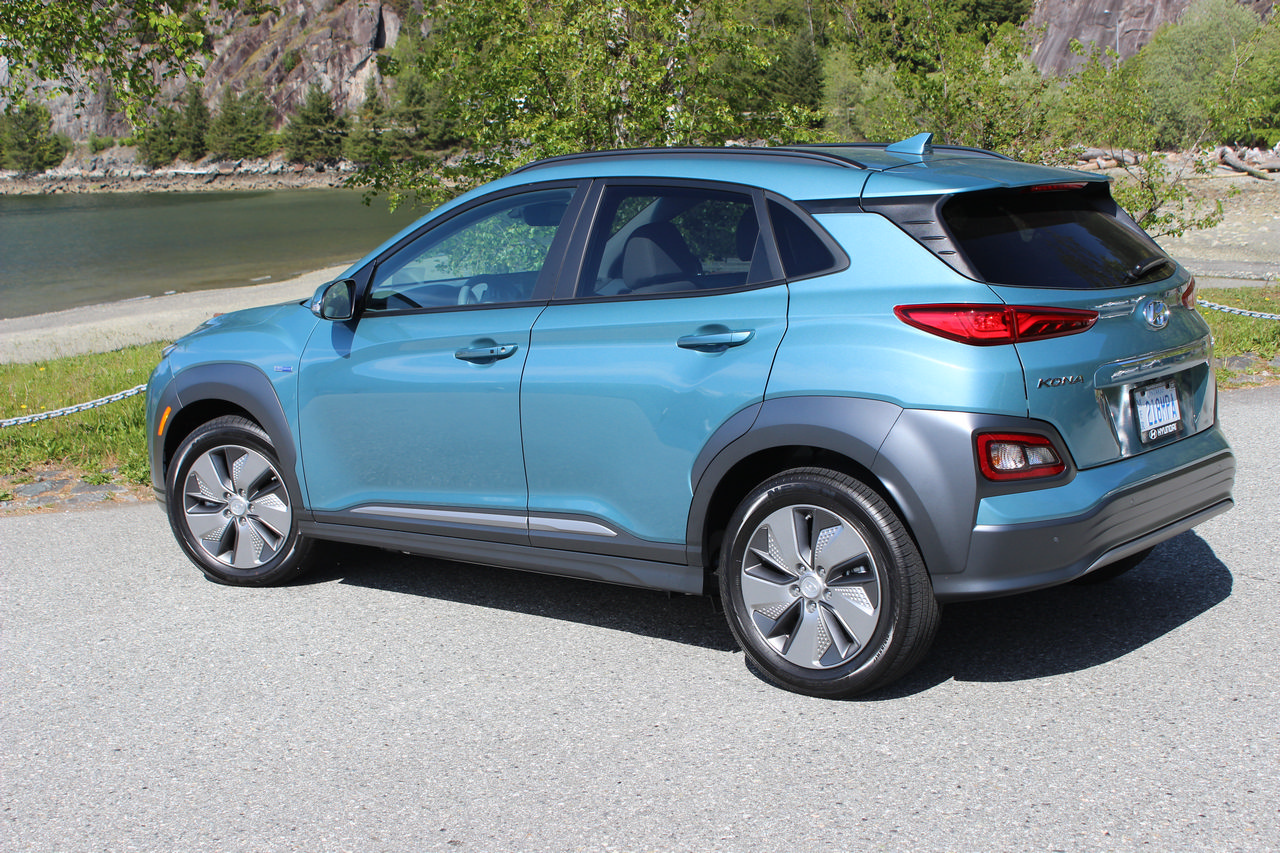 Thanks to a more streamlined front-end (and one that doesn’t require an unsightly radiator), the EV version of the Kona looks more futuristic and a little cleaner overall. The wheels are also EV-specific, and are designed to help reduce drag which, in turn, helps improve range. 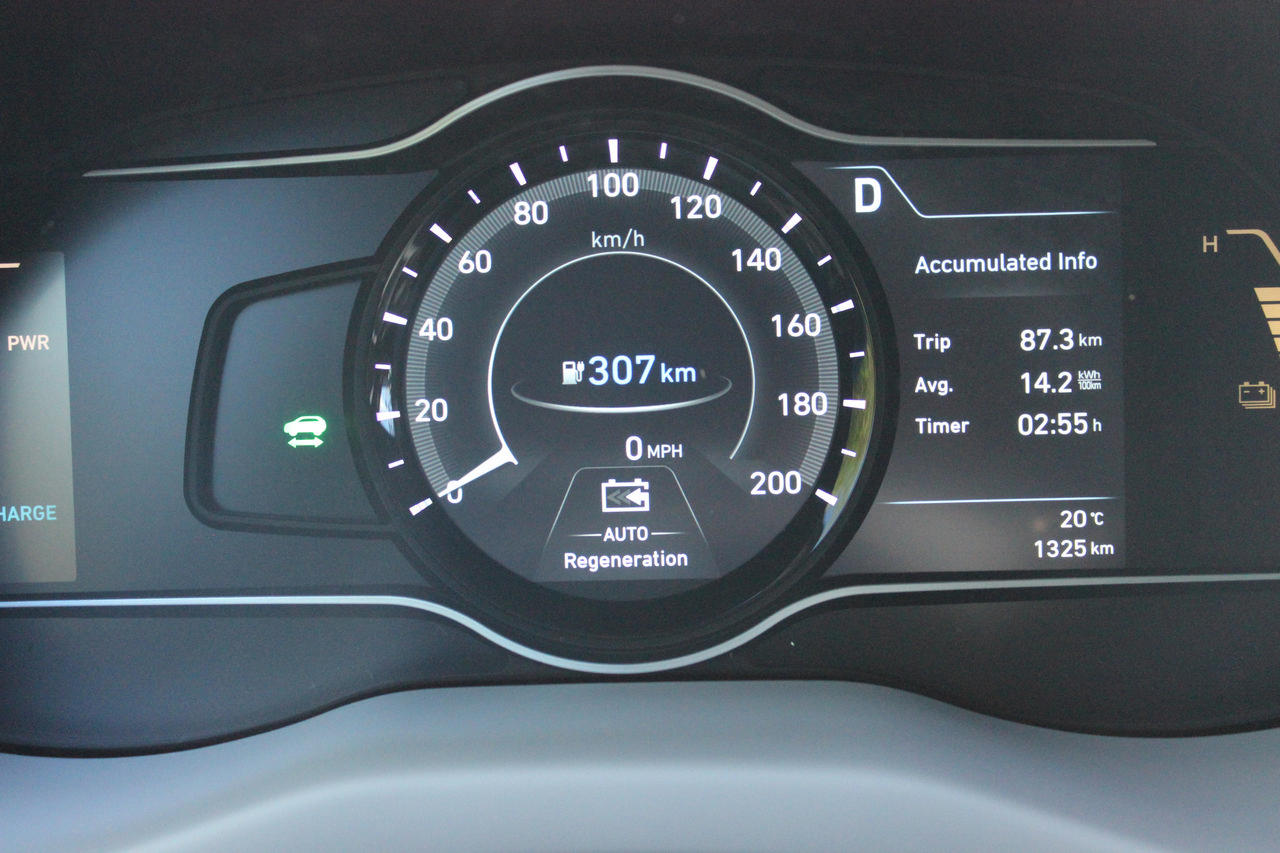 We found that the trip computers were spot-on; throughout our journey on highways and in the city, the predicted range the trip computer provided us turned out to be almost exactly what we ended up achieving once the drive was done. It’s great that the Kona EV gets a claimed range of 415 km, but if that’s something found only in the most perfect of conditions, it’s a little pointless. The real-world figures are what matter, and the Kona EV was aces for us in this regard.

And when your range is depleted… 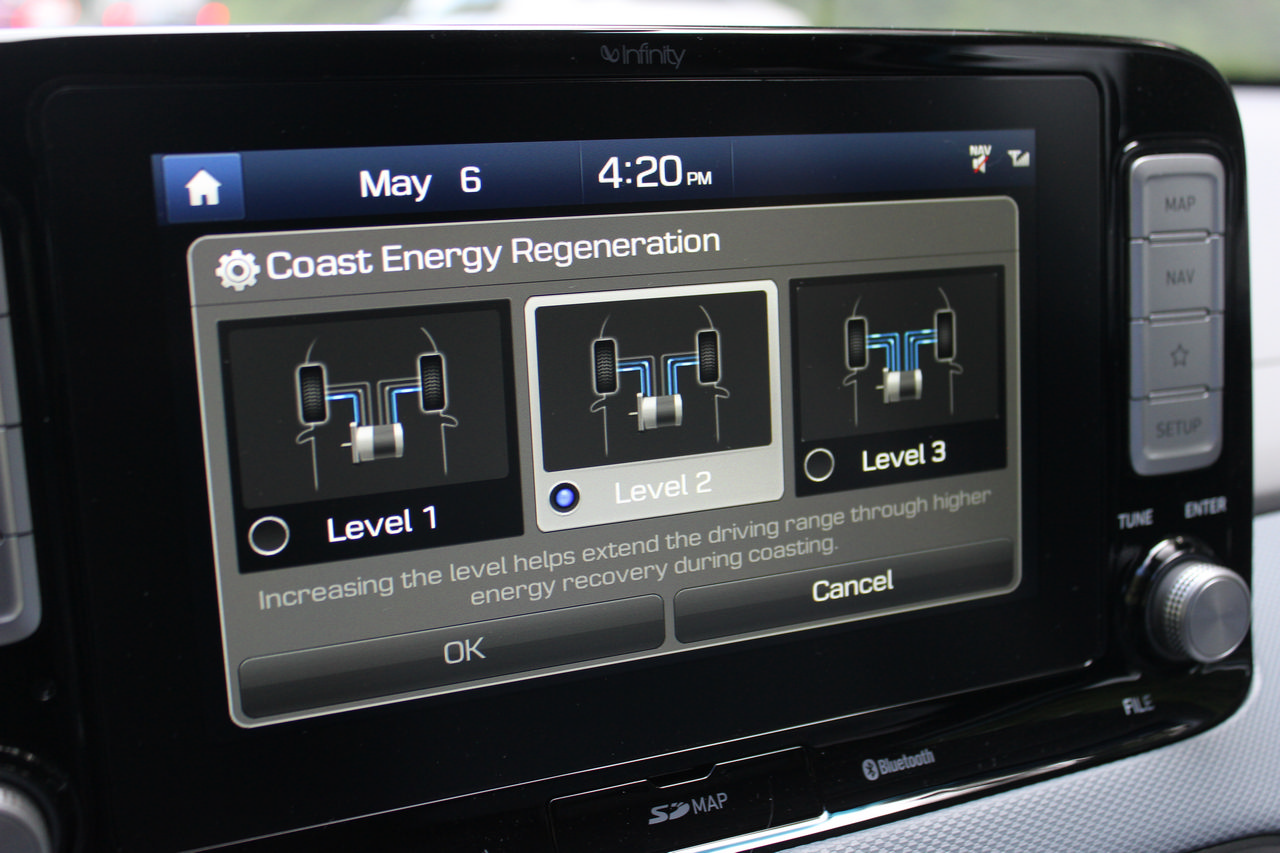 Rest assured that the Kona EV can be charged via either Level I, II or III chargers, meaning that once you do get down on range, it won’t take long to get back up; a level III charger will get you to 80% charge from zero in a little over an hour. Level II will take about 8 times that amount, but if you keep it plugged in when you park, you should be OK.

Or, you can let it help you drive more efficiently 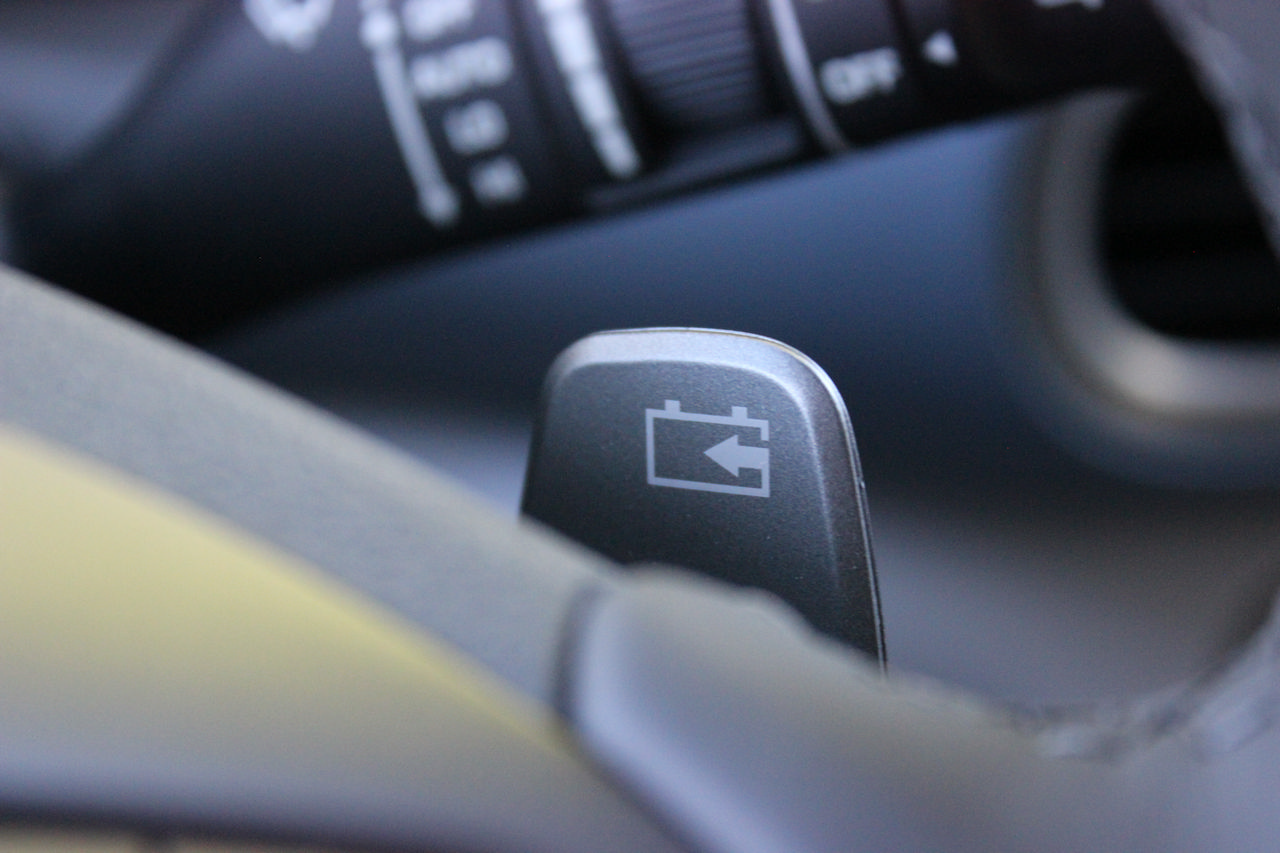 Like the NEXO hydrogen SUV (as well as the Honda Clarity PHEV, Chevrolet Bolt and others), the Kona e has a set of wheel-mounted paddles. Don’t use them thinking you’ll shift gears, though; they’re to change how much regen drag is placed on the powertrain when you release the throttle. There are three levels, and depending on which you choose the regen level is automatically set. You can increase regen by flipping the right paddle, and decrease it by flipping the left. You can also tell the climate control to either be less or more powerful when in “auto” setting for less strain on the battery. 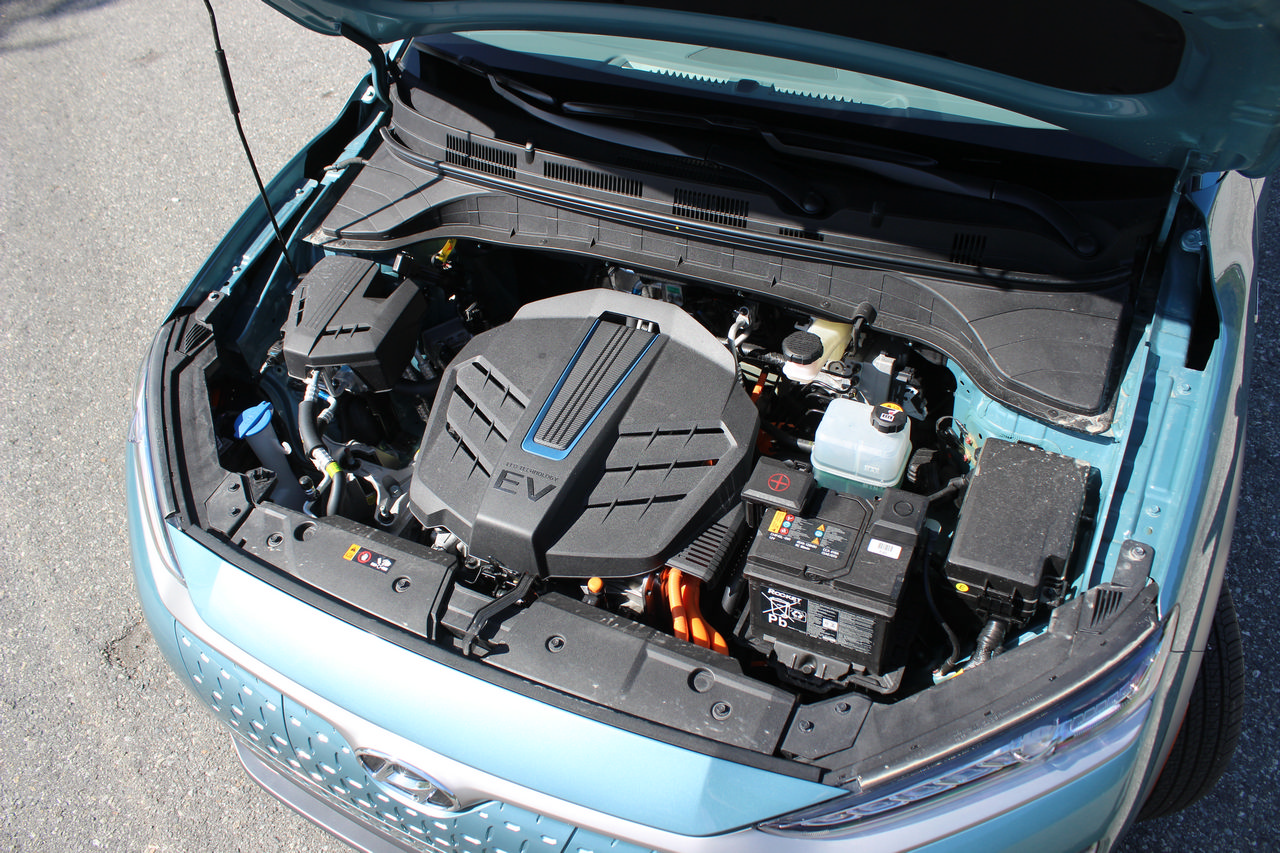 Horsepower is rated at 201, but the big story is the torque, which comes in at a frankly startling 290 lb-ft…from 0 rpm. In practice, what this means is a launch from stop that’s much more akin to a sports car than a subcompact crossover like this. Of course, as speeds get higher it tends to run out of steam a little, but I nevertheless had no problem making passes at highway speeds. 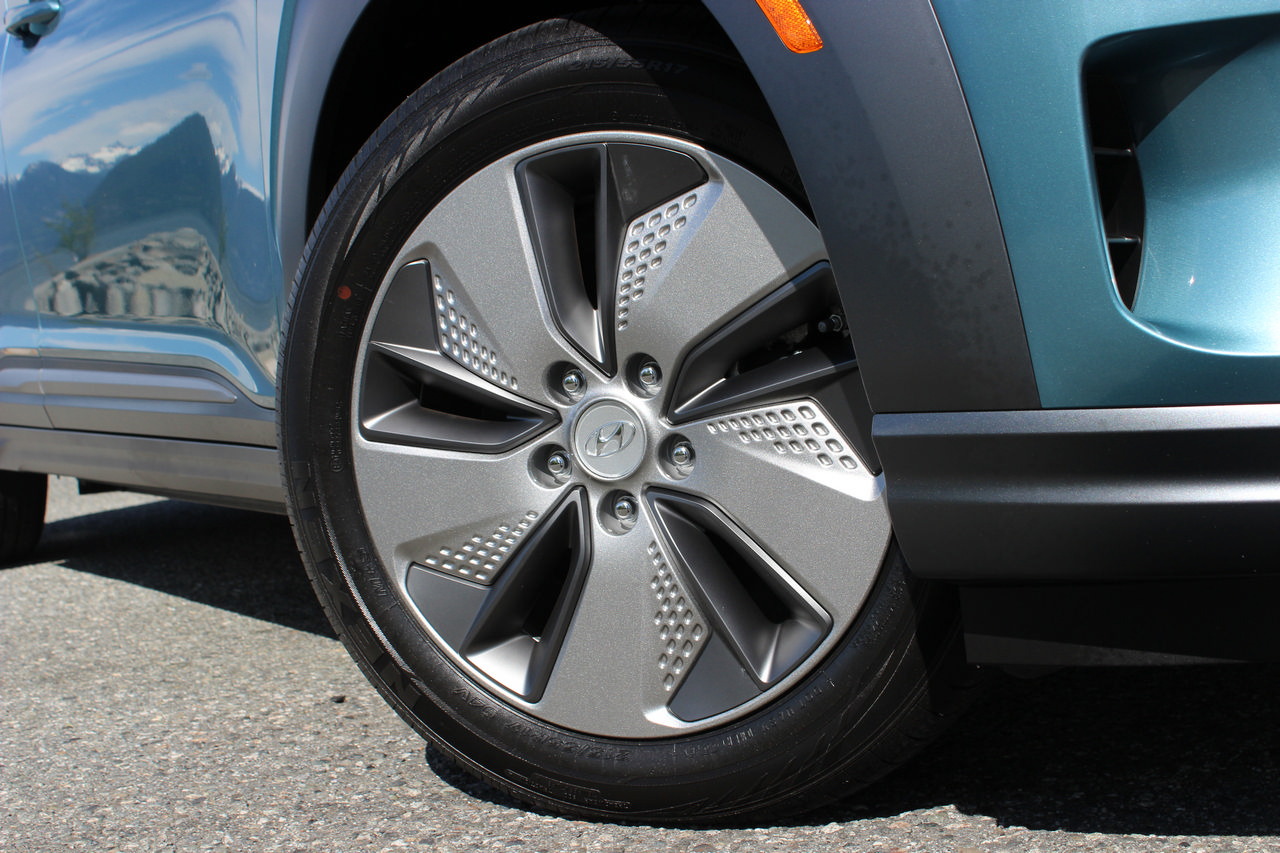 Speed is one thing, but you want the ride and handling to go with that, too. While the Nexen low rolling resistance tires are down a little on grip, the battery pack and EV motor help lower the centre-of-gravity so body roll is reduced. That’s good considering the steering is pretty responsive so you don’t want your steering inputs to catch the chassis off-guard, so to speak. 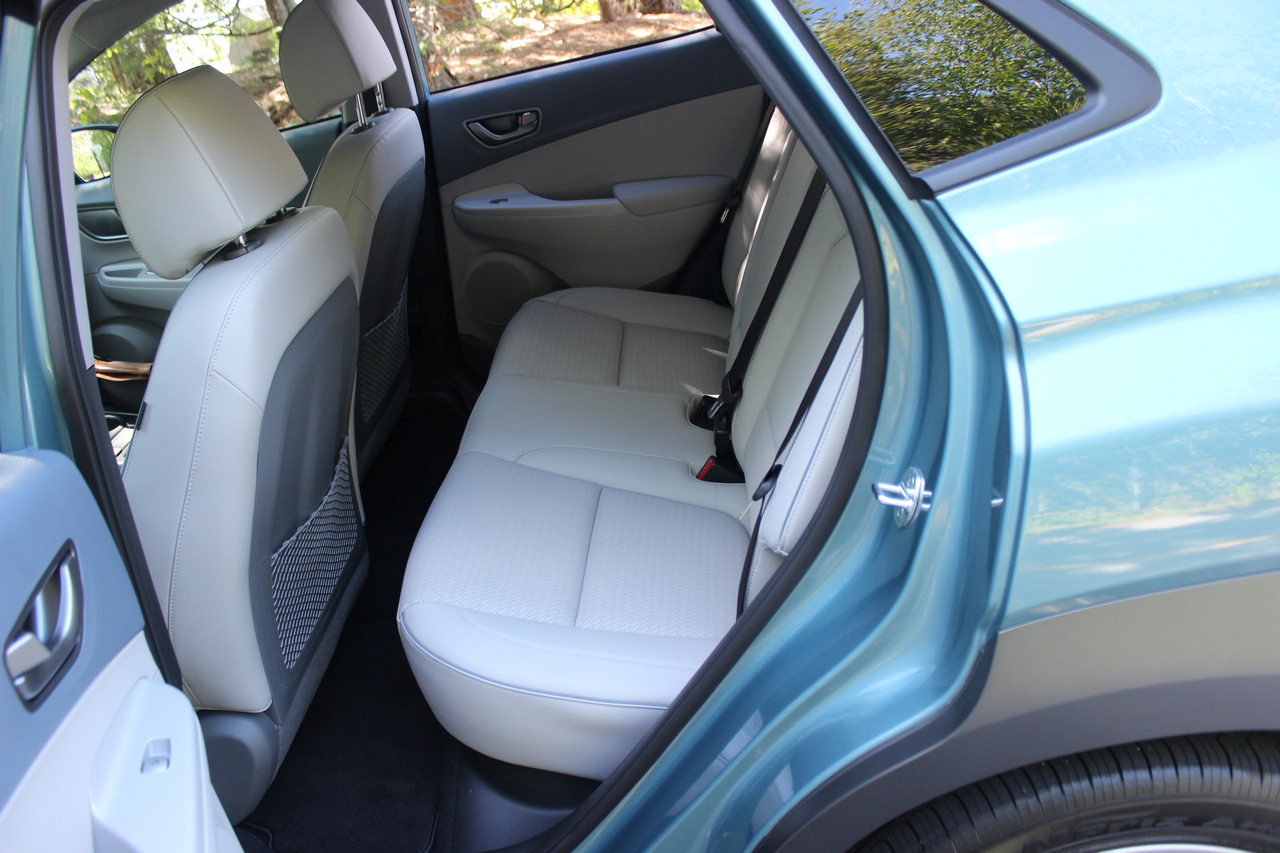 A subcompact CUV this may be, but they’ve managed to squeeze every available litre of passenger room out of it. The front seats are well-padded and provide a good seating position, while clutter-reducing elements like a push-button transmission help make for an airier interior overall. In back, meanwhile, there’s a surprising amount of room and while taller adults will have to hunch a bit, it’s fine for kids and child seats. 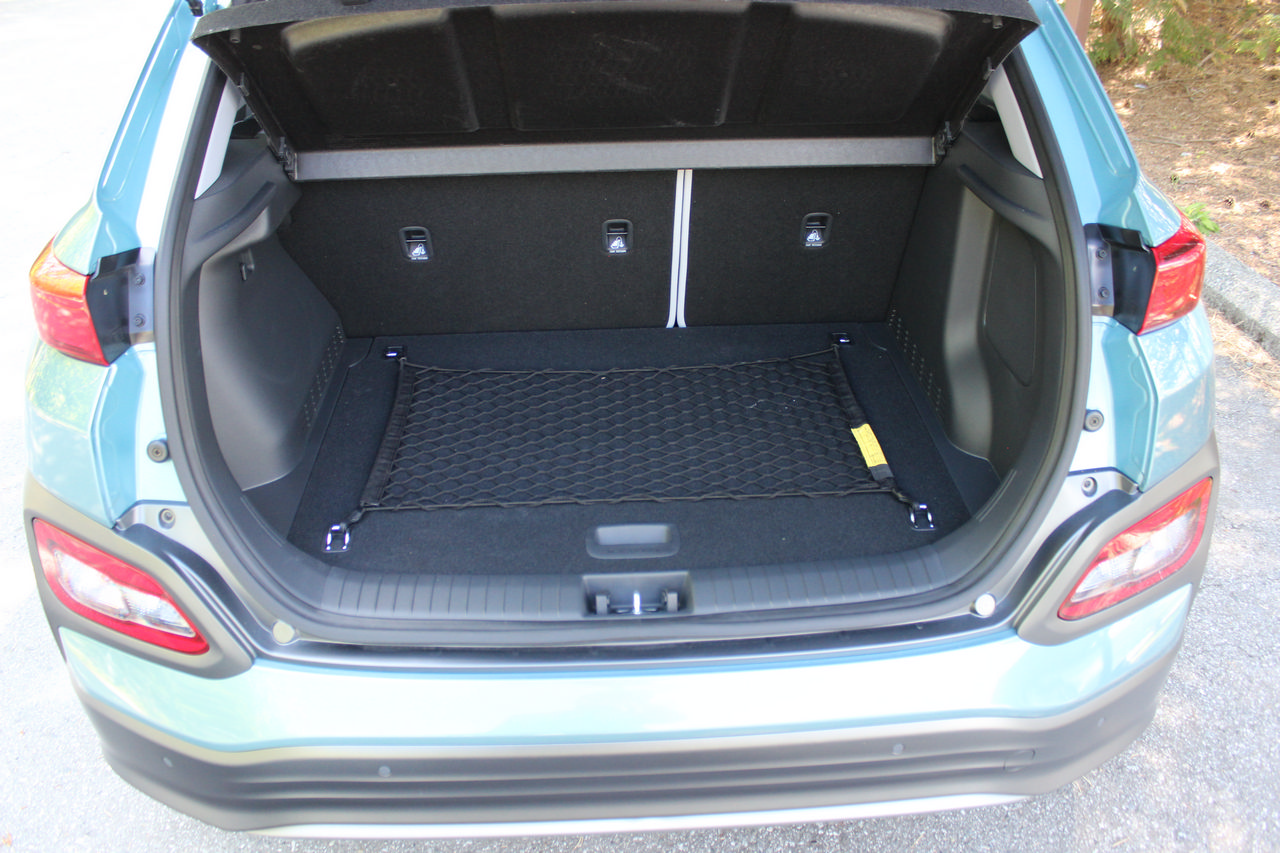 The Kona E loses no rear cargo storage to the non-EV version, which is no small feat considering the former’s need for a battery pack and EV motor. You can also fold the rear seats flat, for just a little bit more room, and there’s even an under-floor storage bin. 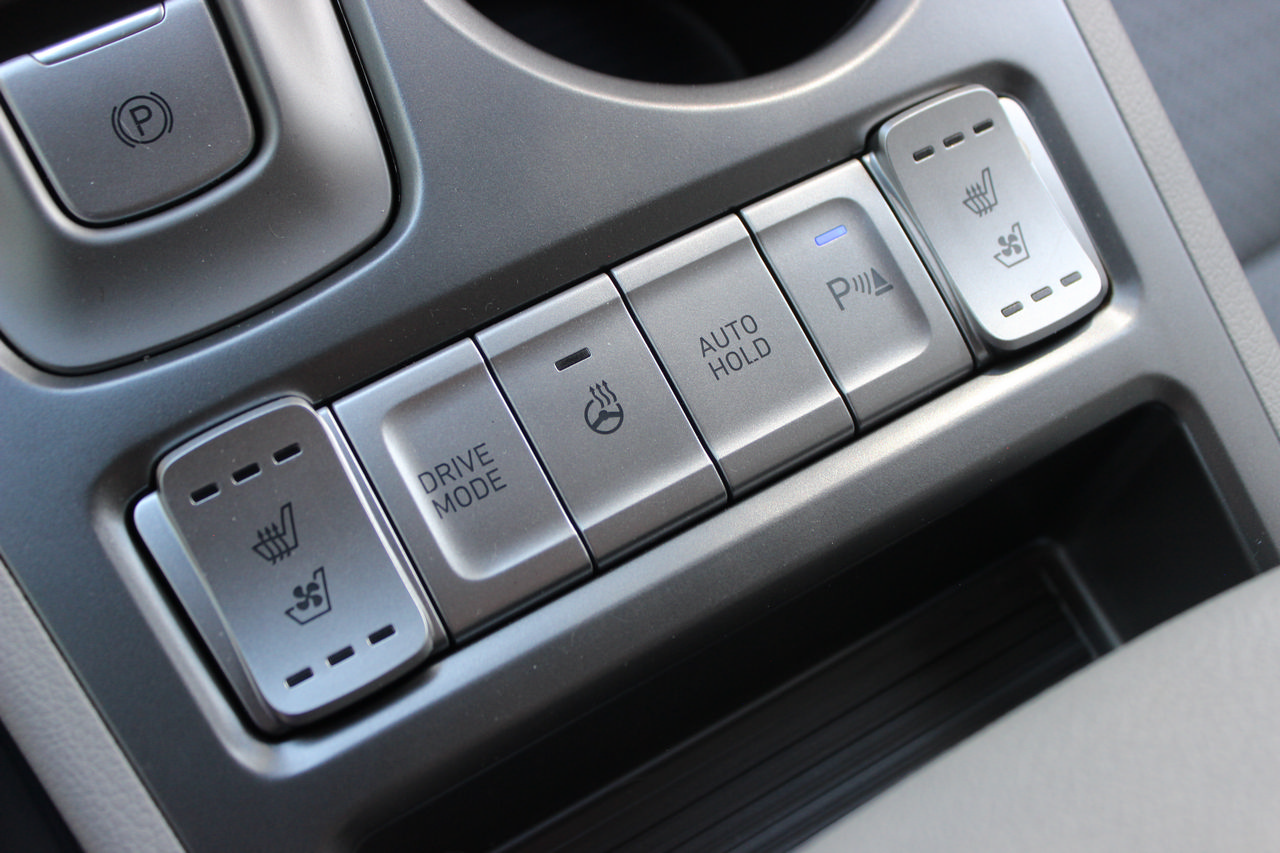 Ultimate trim adds almost everything you could ask for in terms of features (for a subcompact crossover) including heated steering wheel, heated and cooled front seats, 8-way power adjustable driver’s seat, leather seats and auto climate control. You can’t get rear heated seats at any level and while some may take issue with that, this is a subcompact crossover that likely won’t have adults in the back for any length of time. 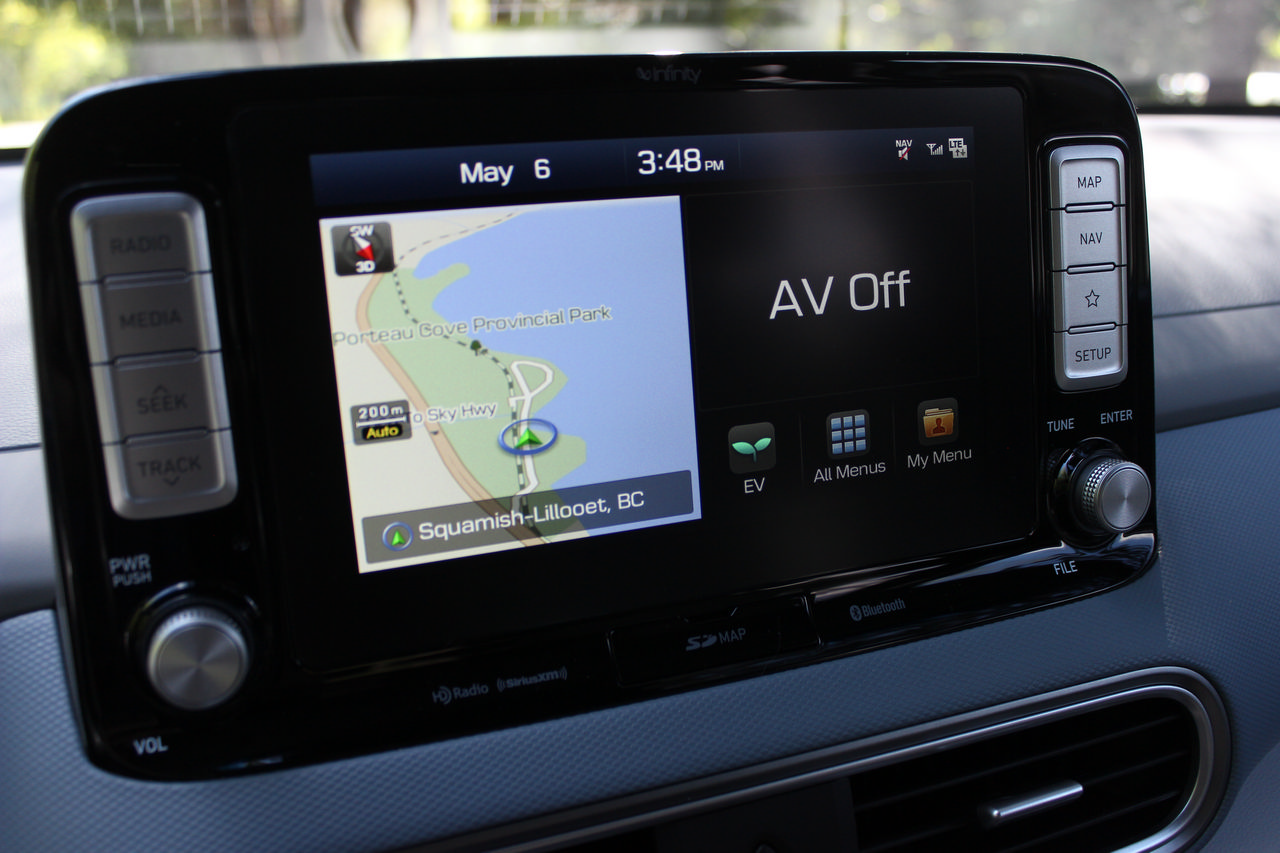 Apple CarPlay and Android Auto come as standard as does a 7.0” touchscreen. Ultimate models, however, get a larger 8” screen as well as a heads-up display. It also provides 8-speaker audio and wireless charging; eight may not sound like much when it comes to speakers, but the sound is crisp and rich.