Ten of the Most Efficient Crossovers and SUVs

We’ve gathered the Top 10 crossovers and SUVs on sale today in Canada for you, ranked using NRCAN’s official fuel consumption ratings on the so-called combined cycle

Everyone has a different checklist in mind when they go shopping for a new car. Some folks place favour on outrageous style. Others prefer to look at the options list, putting weight behind rigs which are stuffed to the gunwales with features. This is part of the reason why people who run big automakers go grey at an early age: it’s tough to build something that’ll please everyone.

One attribute that carries international favour, though? Fuel economy. It doesn’t matter if a person drives a bright yellow TT RS or a beige Corolla; there isn’t a person on this planet who’ll agree to spend more money on fuel if they don’t have to.

This is doubly true in the SUV and crossover market. Most of these machines are pressed into daily duty as a family hauler, meaning they spend plenty of time commuting to work and hauling a full load of kiddos to soccer games. With budgets stretched to the breaking point through all other aspects of life, finding a rig that returns good fuel economy numbers is roughly analogous to putting money directly back into the family bank account.

We’ve gathered the Top 10 crossovers and SUVs on sale today in Canada for you, ranked using NRCAN’s official fuel consumption ratings on the so-called combined cycle. All the models on this list are from the 2019 model year.

We’re not fuelin’ around – let’s get started with number ten.

Disclaimer: This list does not include Plug-in hybrid or full electric vehicles 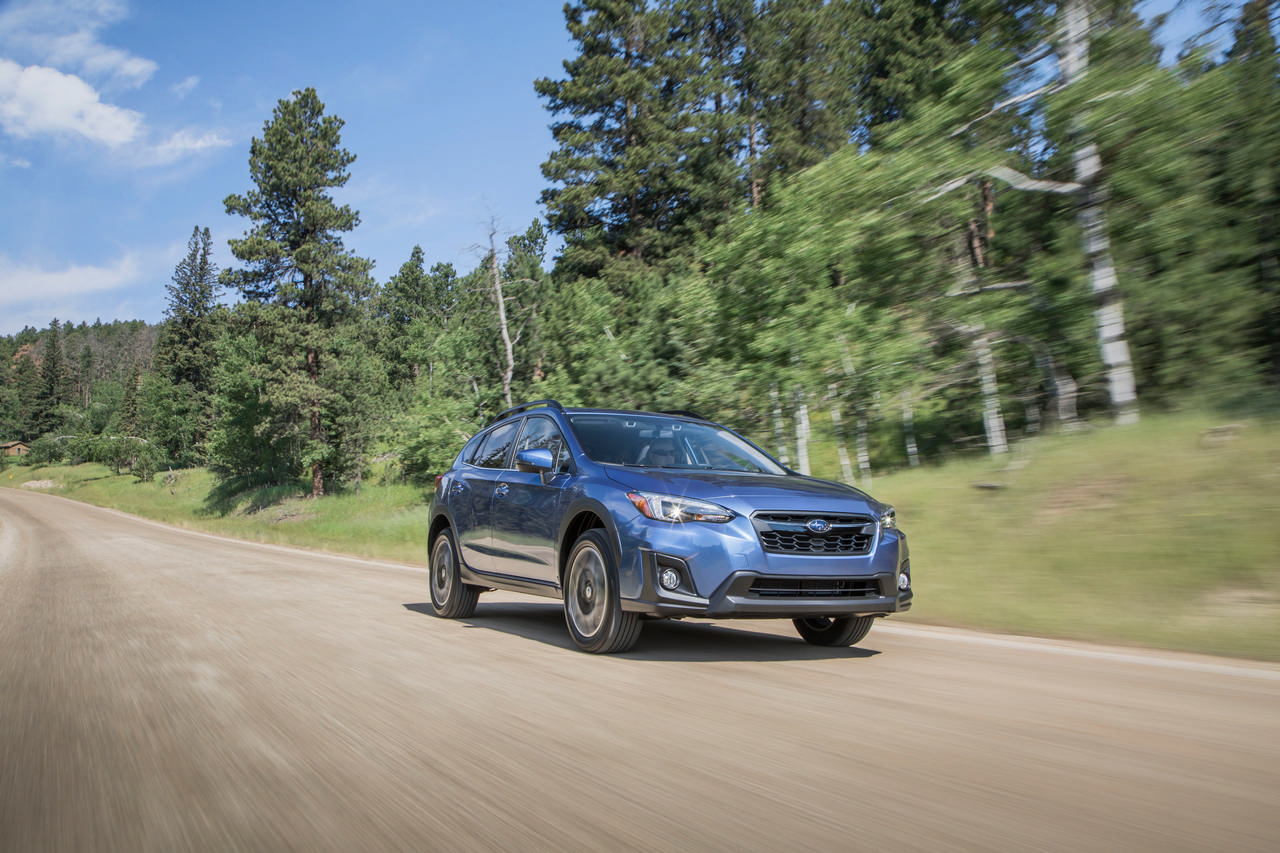 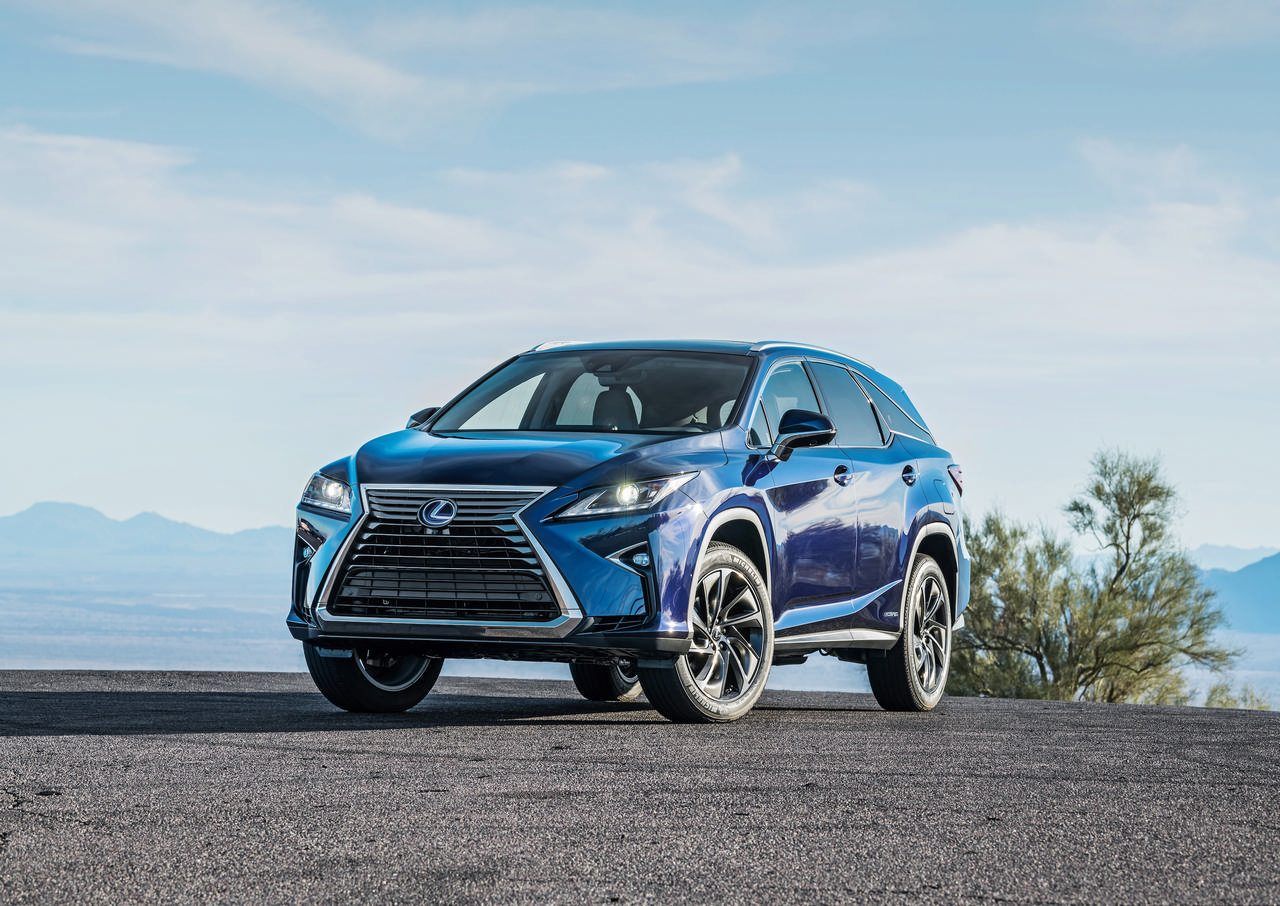 These two contestants couldn’t be more different if they tried. The Crosstrek is an affordable workhorse imbued with an impressive level of safety technology from a brand that is arguably responsible for popularizing all-wheel drive wagons in this country thirty years ago. The RX, on the other hand, is a luxurious crossover with V6 hybrid power and legions of amenities. Note that the more expensive Lexus requires a steady diet of premium-grade fuel, while the Subaru is happy being fed from the regular-grade pump. 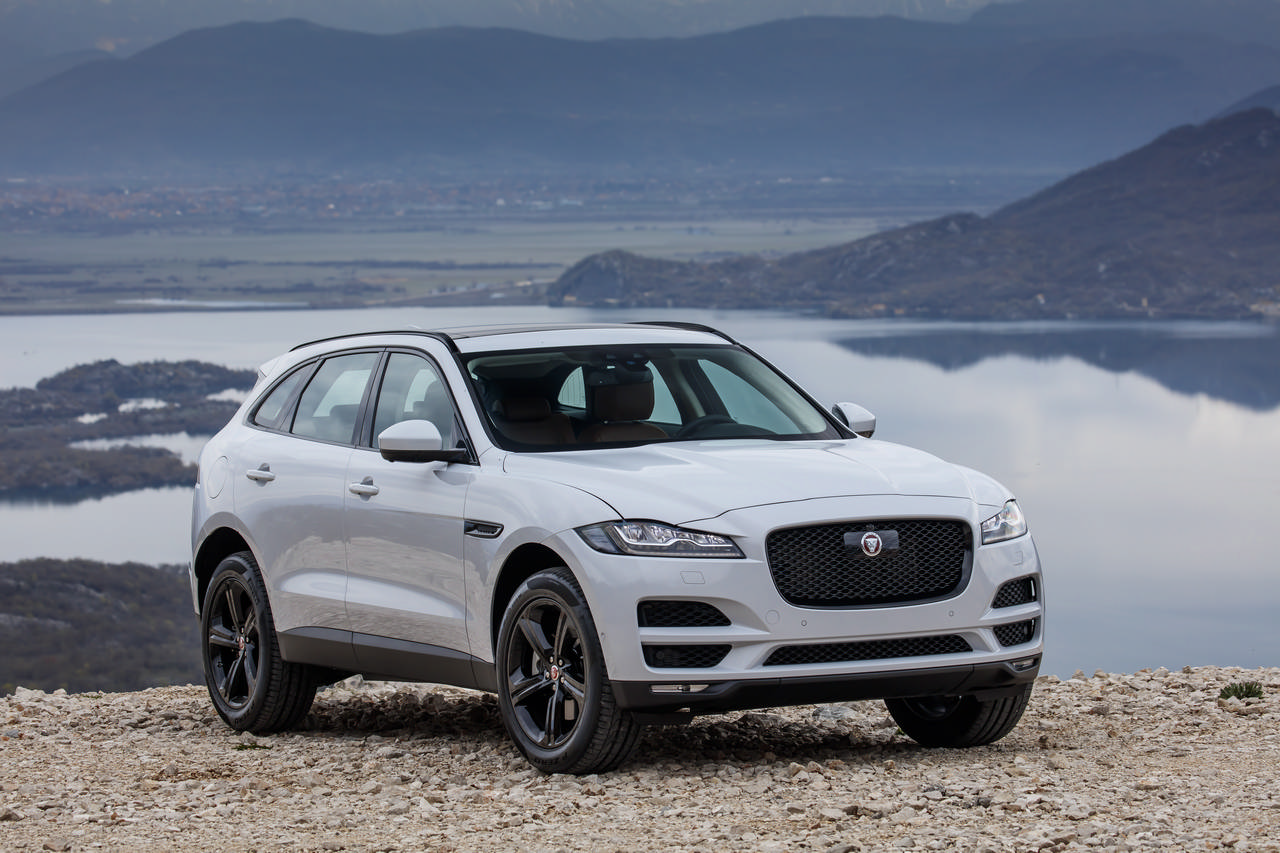 This crossover from Jaguar is listed separately from the other two machines which earned the same fuel economy rating due to its propensity for swilling diesel instead of gasoline. Starting at $57,500 in Canada, the 20d model is the second-least expensive F-Pace in Jag’s showroom. Its 2.0-L turbo four makes 180 horsepower and is available on a couple of different trims. 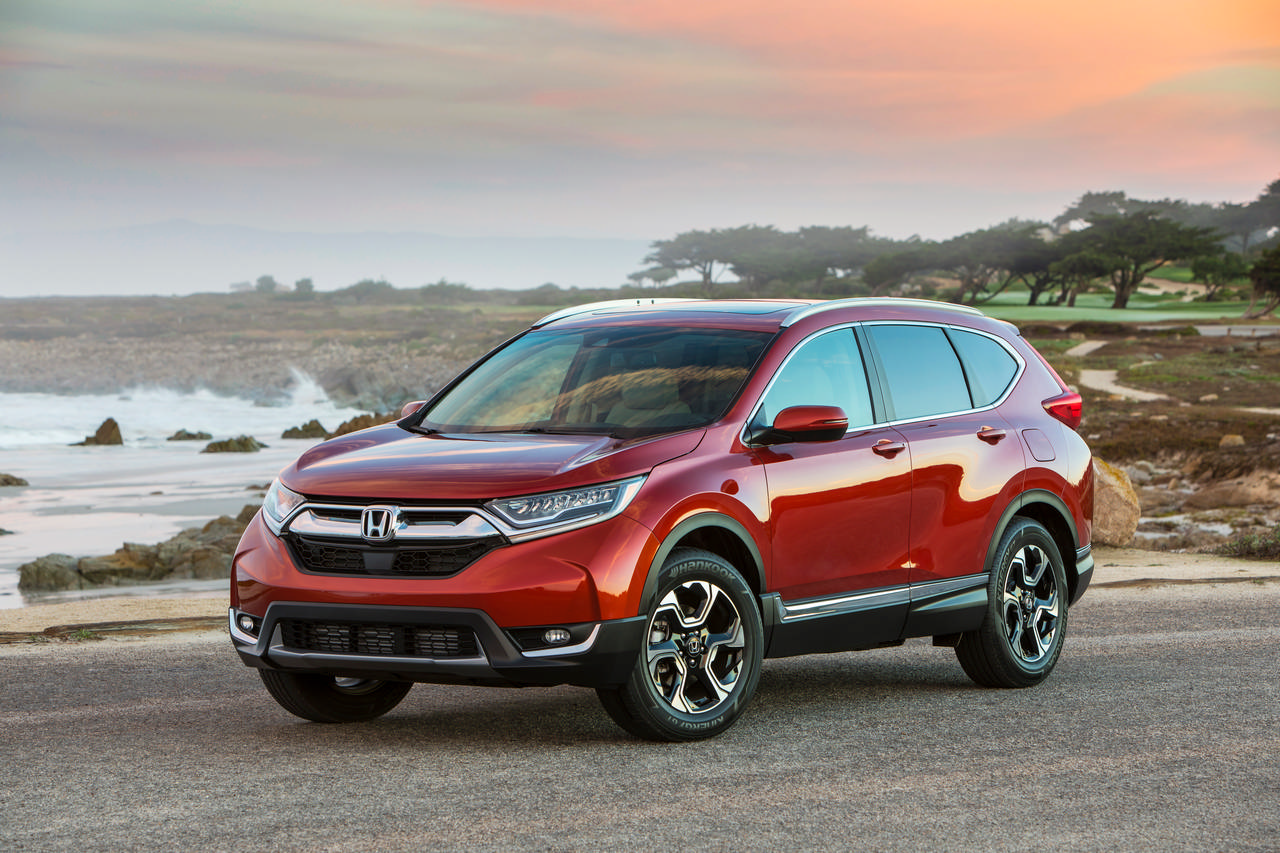 It is a safe bet that every single soul in Canada has either owned a CR-V or knows someone who does. The crossover’s just-right size and clever packaging makes it a popular ride for families and empty-nesters alike. This all-wheel drive version is powered by the corporate 1.5L four-pot which is completely happy drinking regular-grade fuel. Fun fact: that combined rating of 8.0L/100km evenly splits the difference of the CR-V’s highway and city ratings. 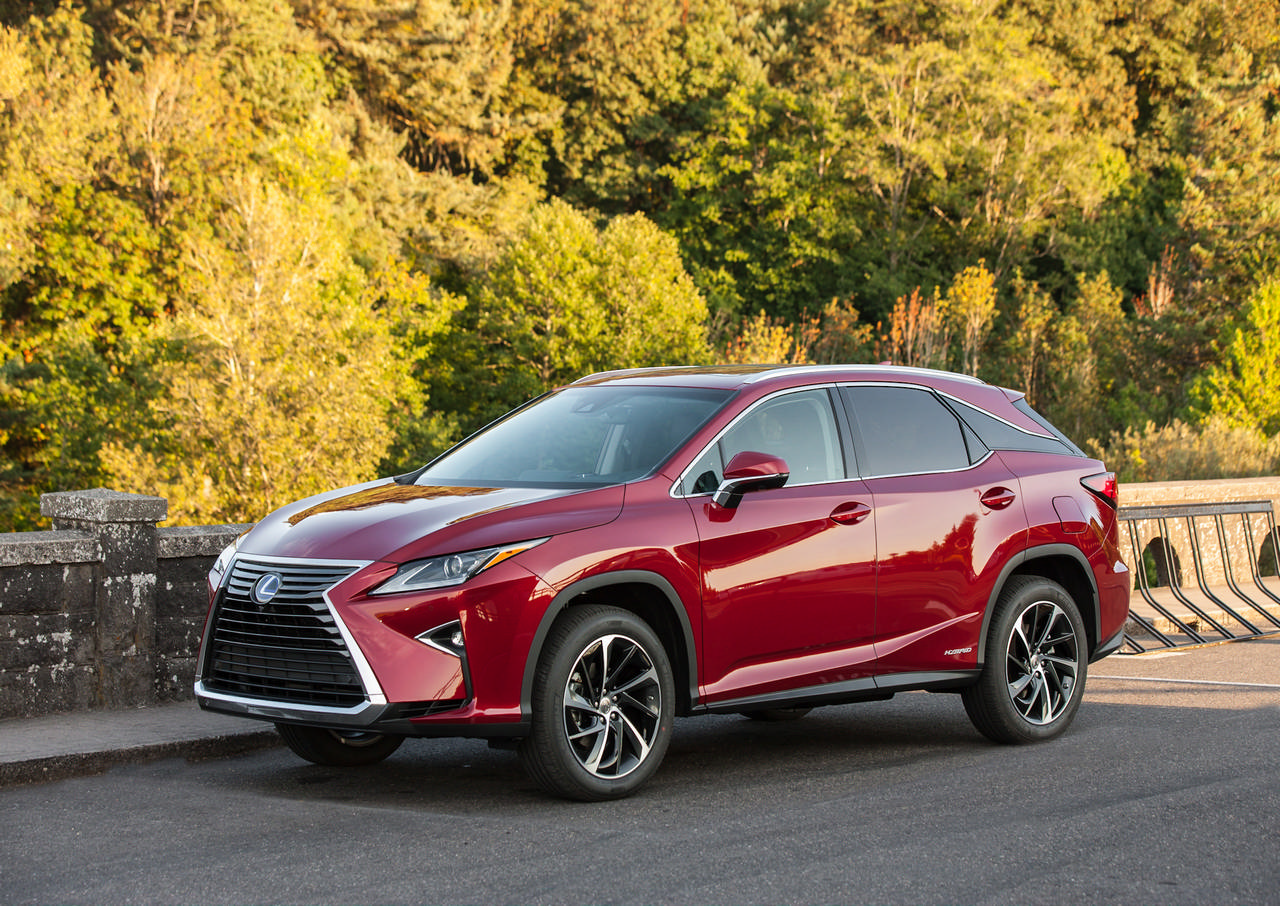 “Wait a minute, Matt!” you cry, hurling cans of beans and stale Vachon cakes in my general direction. “Didn’t you list this vehicle at number ten?” Alert readers will note the absence of the consonant ‘L’ in this seventh-place entry. This plain-old RX is a two-row vehicle, while the RX L is built to hold three-rows of passengers. A weight savings in favour of the RX explains its advantage in the fuel economy race. Note that hybrids like this Lexus are more efficient in city driving than on the highway. 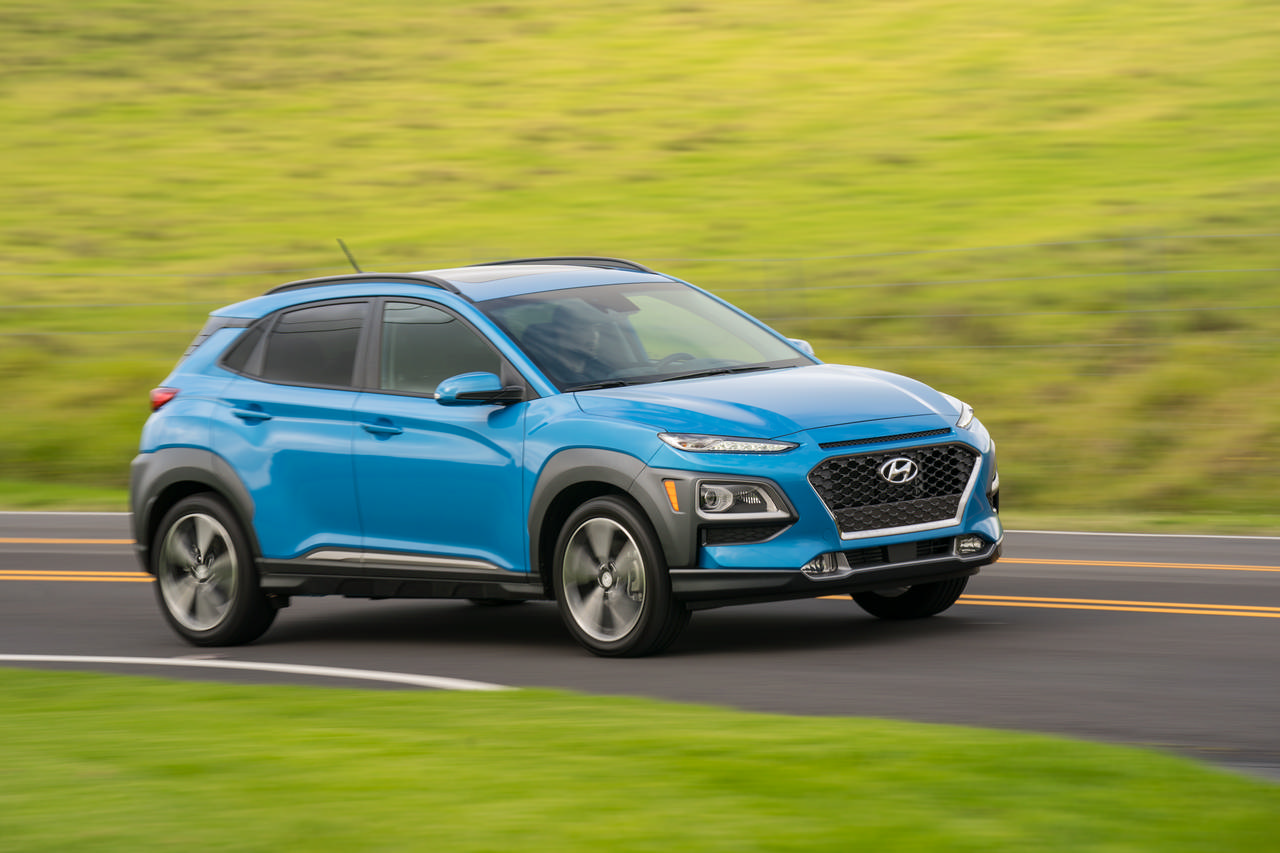 A bite-sized but popular crossover from the Korean brand earns a spot on our list thanks to its frugality at the pumps. Funky styling might draw customers into the showroom, but one look at its fuel economy rating is likely to keep them there. The Kona is one of the most affordable vehicles on this list, starting at just $21,099. 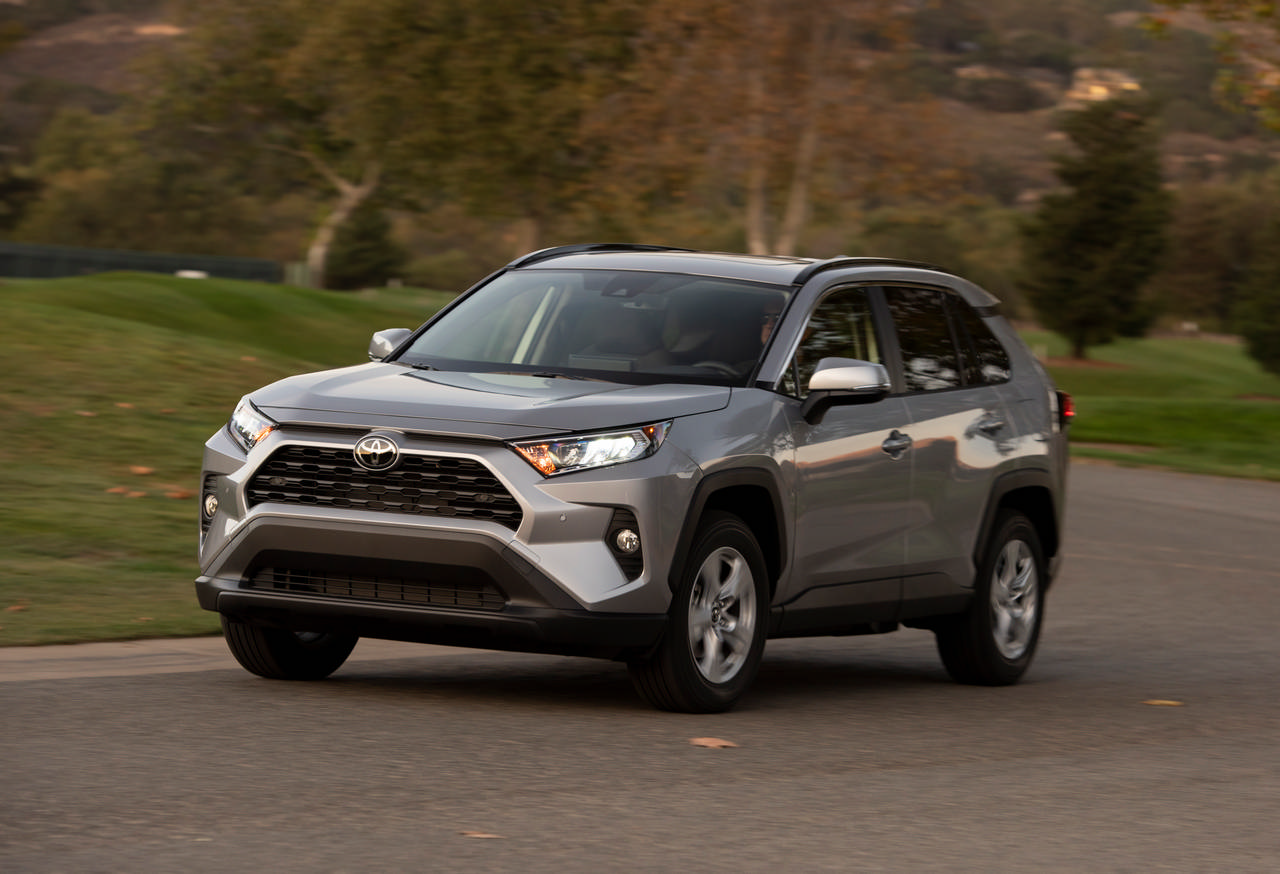 This crossover is far and away the most popular vehicle in Toyota’s lineup, regularly outselling every other nameplate on the lot. Freshly styled for 2019 with a more aggressive face, the non-AWD versions which make this list have a 2.5L four-cylinder engine under the hood which is backed by an eight-speed automatic transmission. Be sure to pick a unique colour before signing on the dotted line because there’s likely to be plenty of them in the condo parking lot. 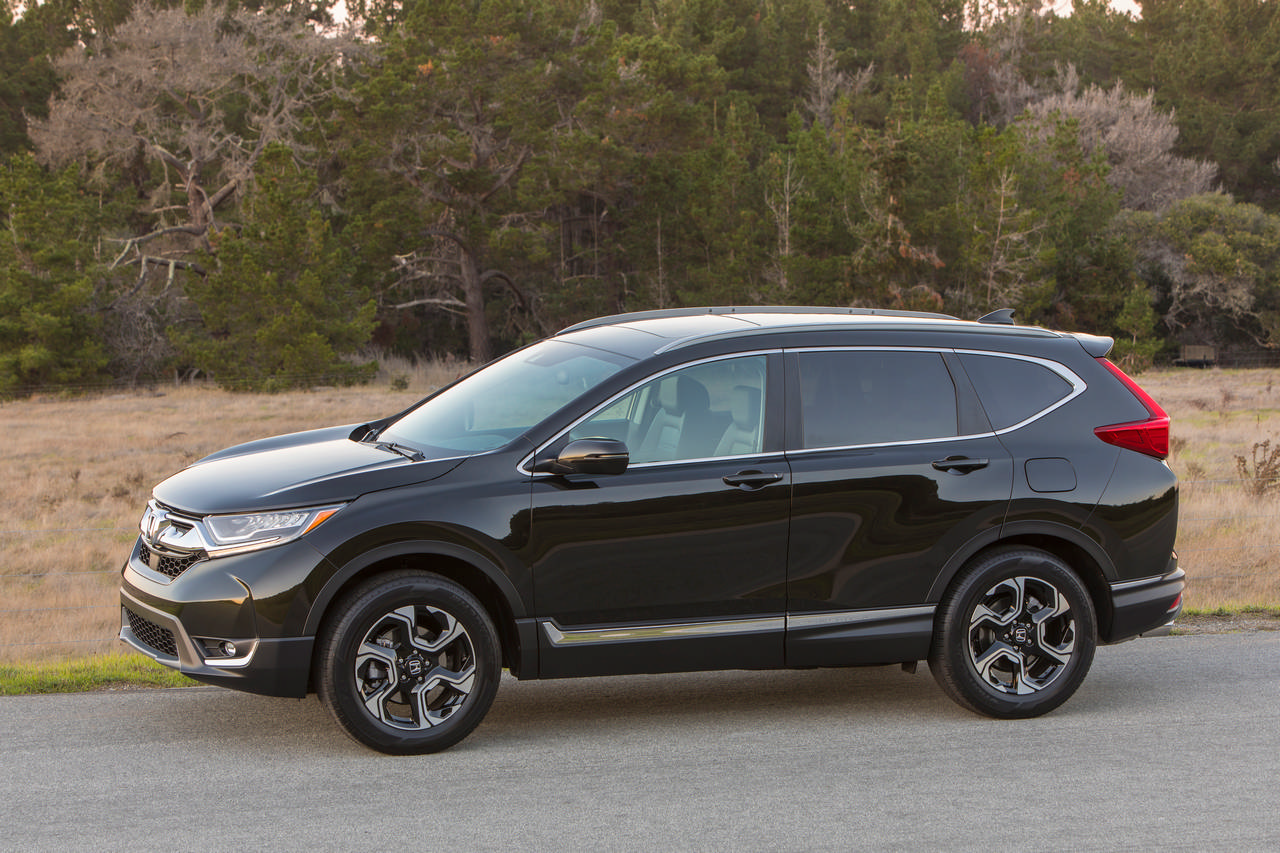 No, we’re not repeating ourselves. The rig listed four places prior on our list is the all-wheel drive version of the popular Honda while this spot is reserved for the front-drive unit. Giving up the weight and complexity of an AWD system saves 0.2L/100km in combined city and highway driving. Engine and transmission specs remain the same, as does the requirement for sensible shoes and regular-grade fuel 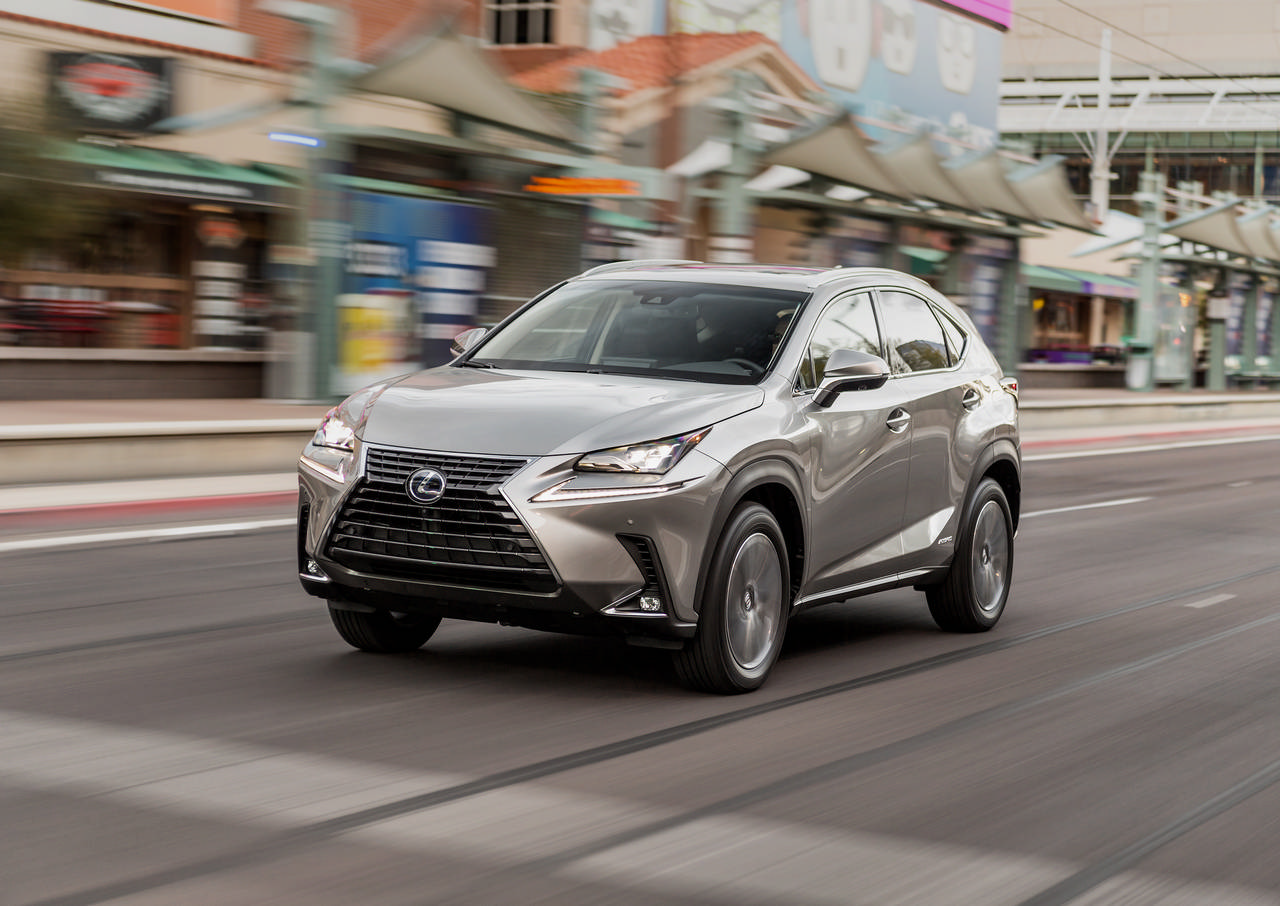 Little brother to the RX listed above, the NX crossover earns its fuel economy stripes thanks to the combination of an efficient hybrid drivetrain and silky smooth transmission. Bearing an expressive face, there’s no chance owners will lose it in a parking lot. The 300h and its 194 horsepower starts at $51,250, a full seven grand more than its non-hybrid sibling, so be sure to calculate your fuel economy ROI carefully. 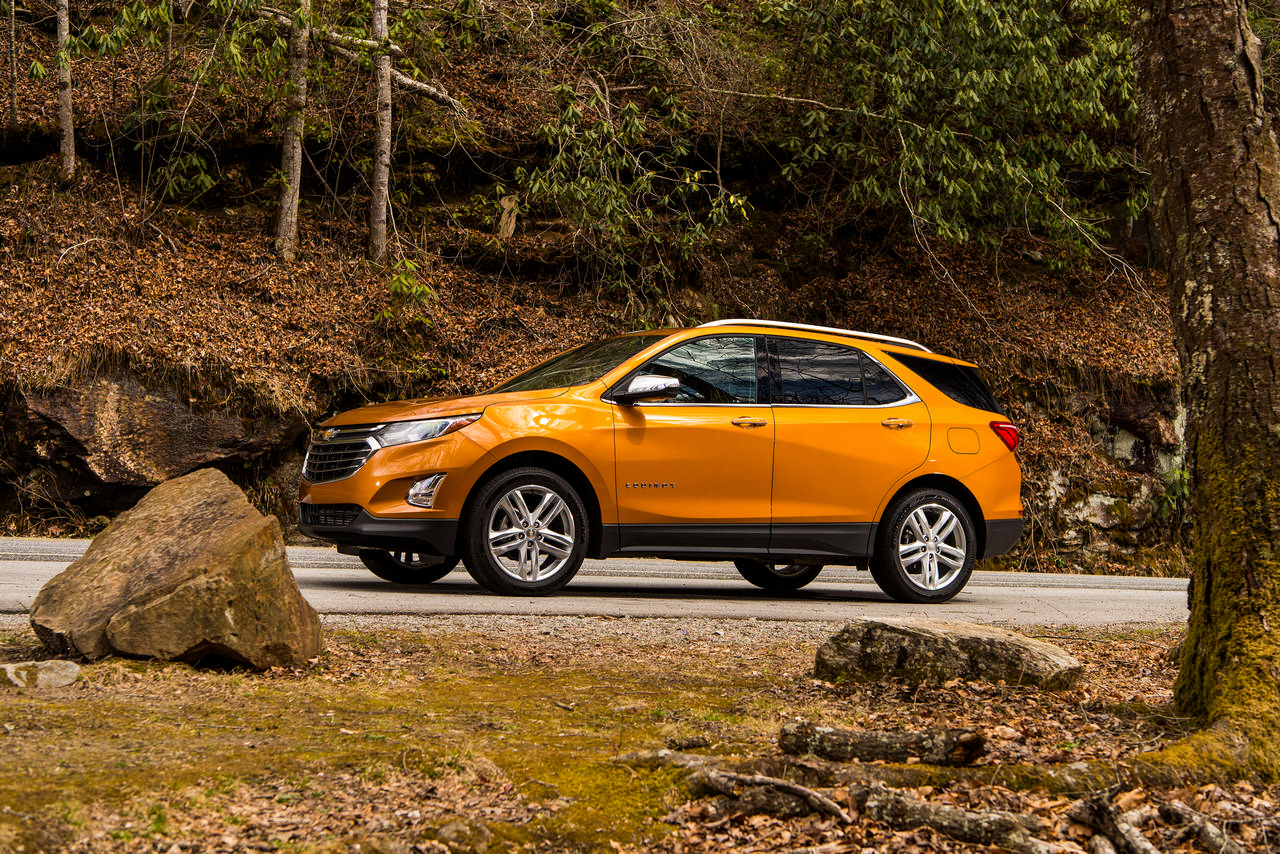 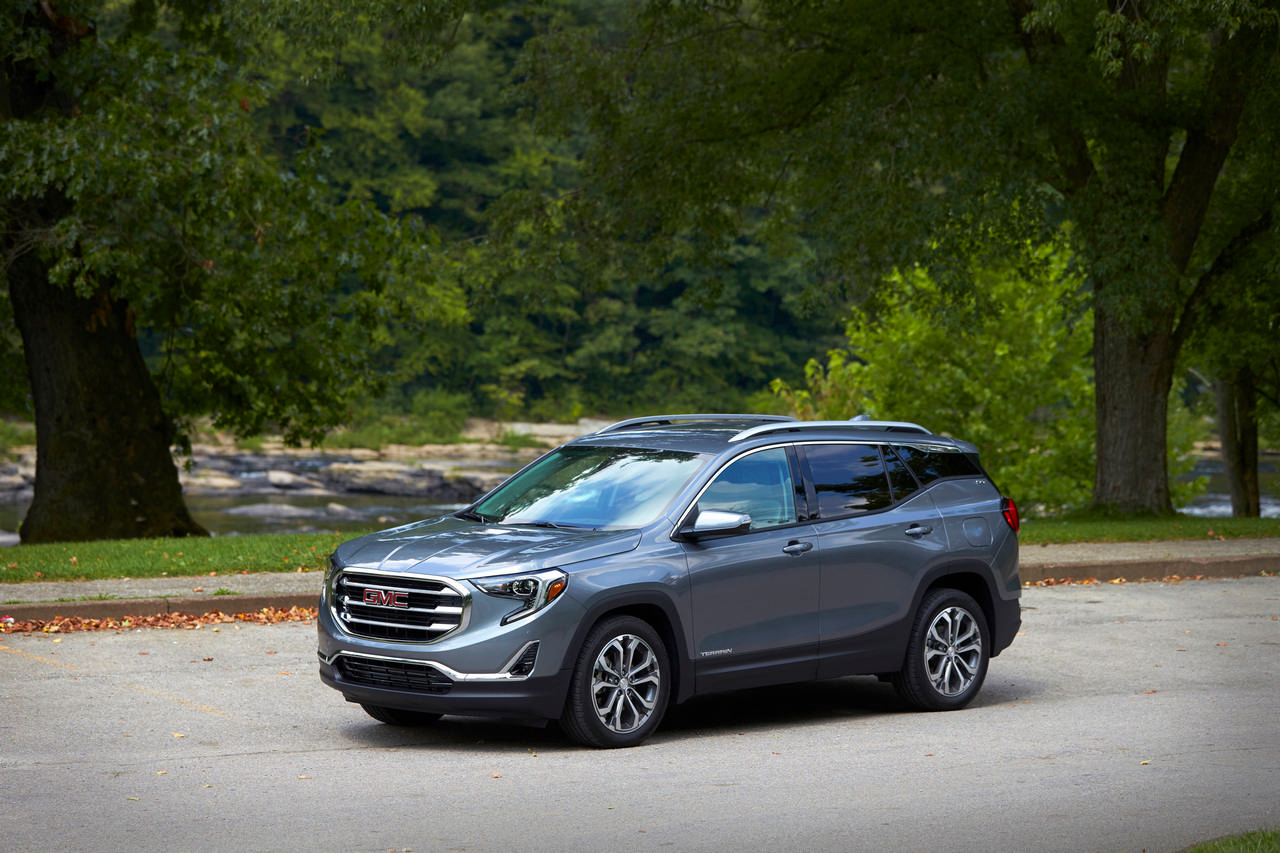 The silver medal goes to these corporate twins from General Motors and, unlike the other models in this post, includes both front- and all-wheel drive models. Some manufacturers have turned to hybrid technology to eke out top-notch efficiency but The General has decided to go the diesel route, installing a 1.6L turbo four which makes a surprising 240lb.-ft of torque. Front-drive models start at just over $33,000. 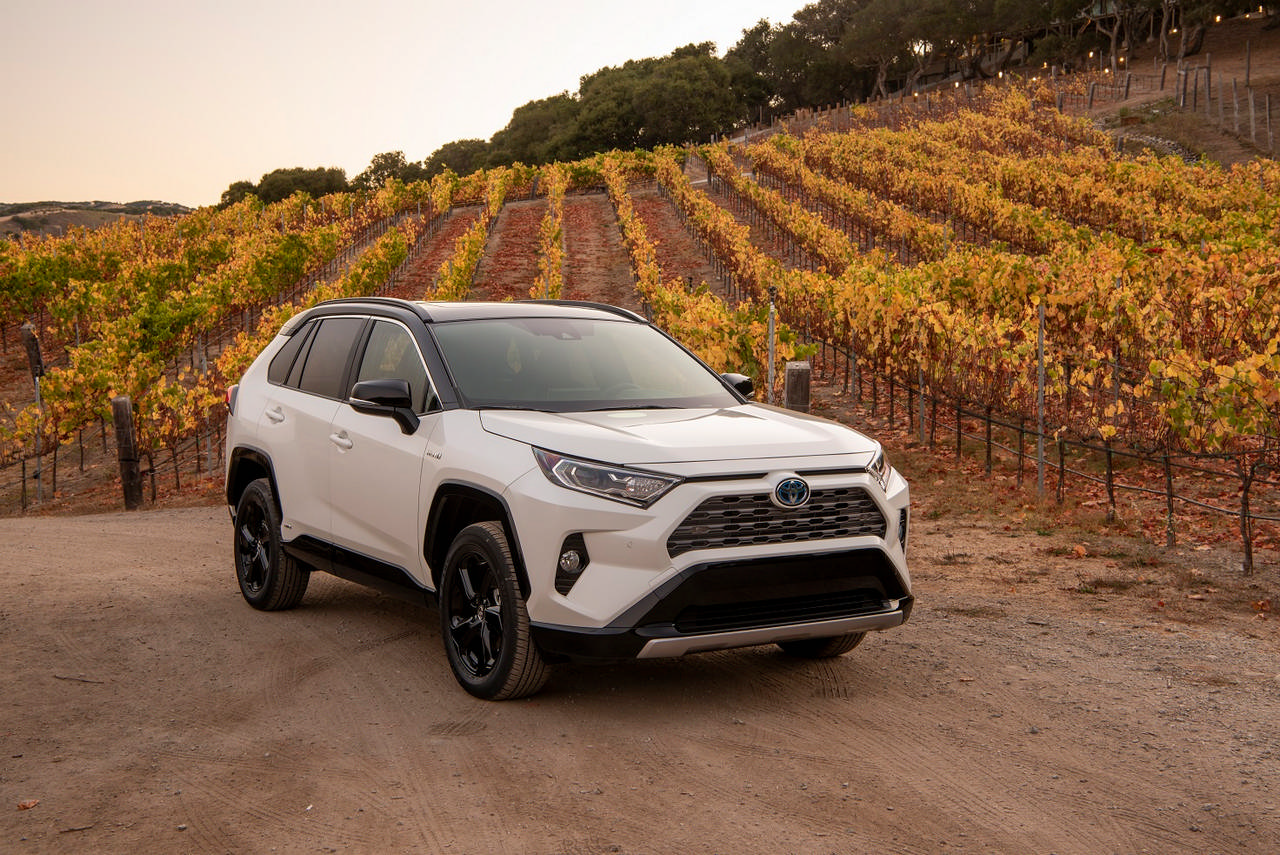 Our mileage champ doesn’t just vanquish everything else on this list by a long shot, it does so with all-wheel drive. Toyota knows what it’s doing with hybrid propulsion, arguably making the tech a household word with the successful Prius. The cheapest RAV4 Hybrid is just $1400 more than an equivalently trimmed AWD non-hybrid, making this crossover a strong contender for providing great all around value, not just when it comes time to brim the tank with – you guessed it – regular-grade fuel.