Like the standard Mustang, the Shelby gets a proper multi-link independent rear suspension set-up, as we wave bye-bye to the good-for-track-use-but-that’s-mostly-it live rear axle that Mustangs have used since their inception.

If you know anything about cars, if you’re an enthusiast of any stripe, you know about Shelby. The power. The racing connection. The cowboy hat always worn by the brand’s namesake, Carroll Shelby. The white and blue racing stripes. There’s so much to like about these, that when a new one comes out – as one has for 2016 – it requires a nice, long look.

In that light, in advance of our full review of the car, here are some highlights of the 2016 Shelby GT350. 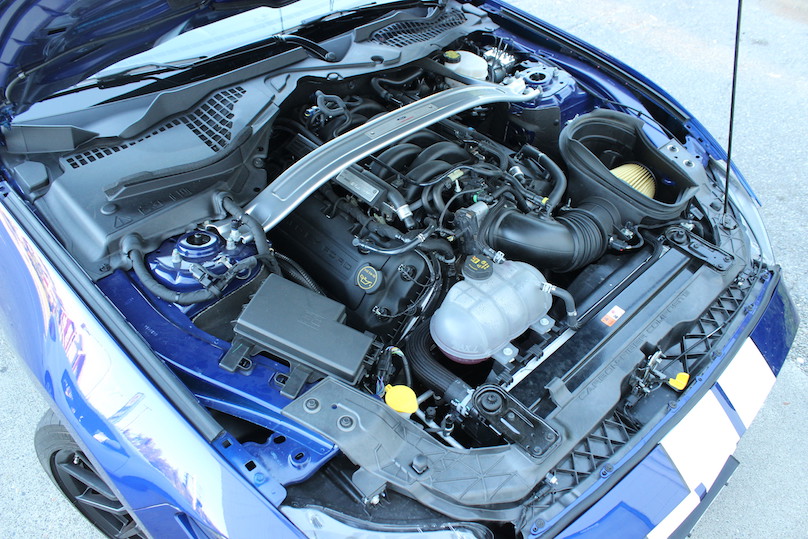 While everyone else, from Ferrari to Mercedes-AMG is going the forced-induction route, Ford is staying true to the muscle car ethos: there’s no replacement for displacement. So, what you get is a big ol’ 5.2L V8, good for 526 hp and 429 lb-ft of torque. That’s not all, though; the ’16 GT350 marks the first time we’ve seen a flat-plane crankshaft in a Ford, allowing for a freer revving engine. 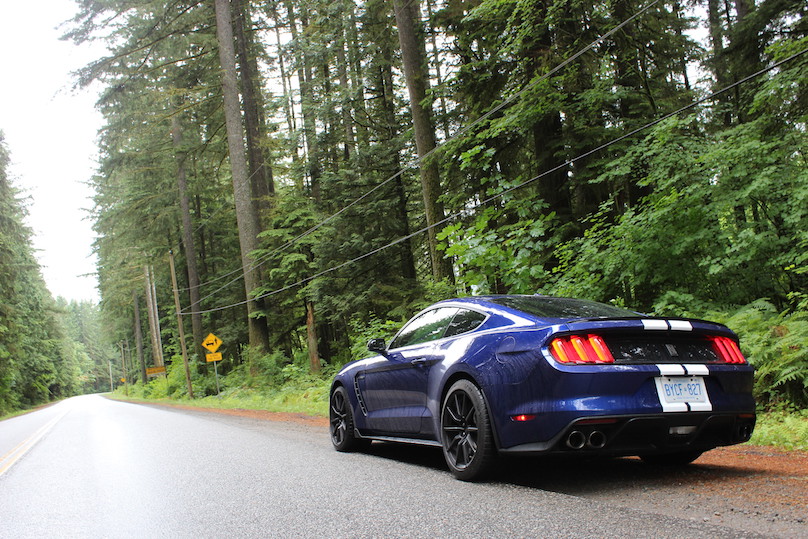 Like the standard Mustang, the Shelby gets a proper multi-link independent rear suspension set-up, as we wave bye-bye to the good-for-track-use-but-that’s-mostly-it live rear axle that Mustangs have used since their inception. 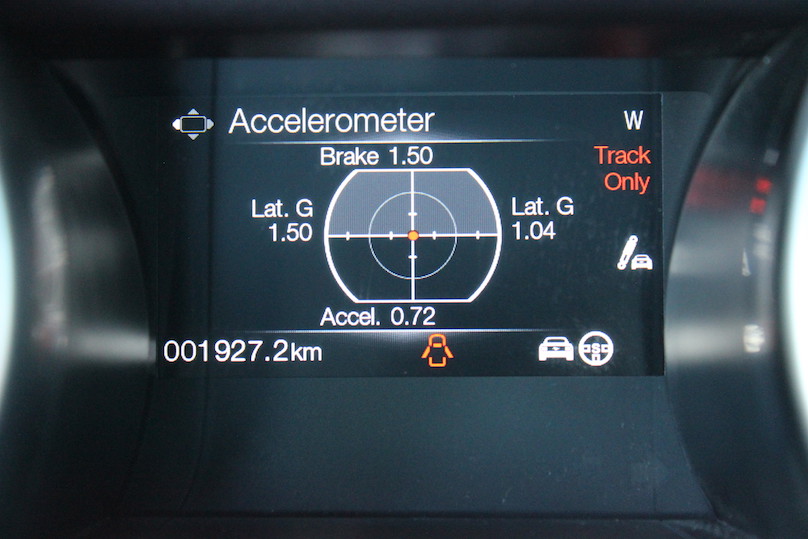 Thanks to Ford’s proprietary Track Apps feature, drivers can track all manner of their on-track performance. There’s a g-meter a 0-60 mph tracker and even brake performance tracking. 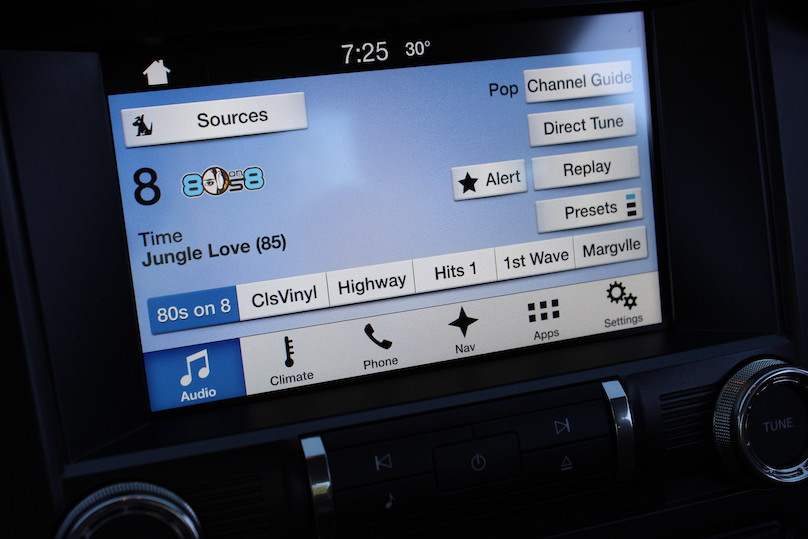 While this may stray pretty far from the GT350’s performance car ethos, Ford’s latest infotainment system is very good and miles better than the previous version. In fact, it’s become one of the better systems in the biz. 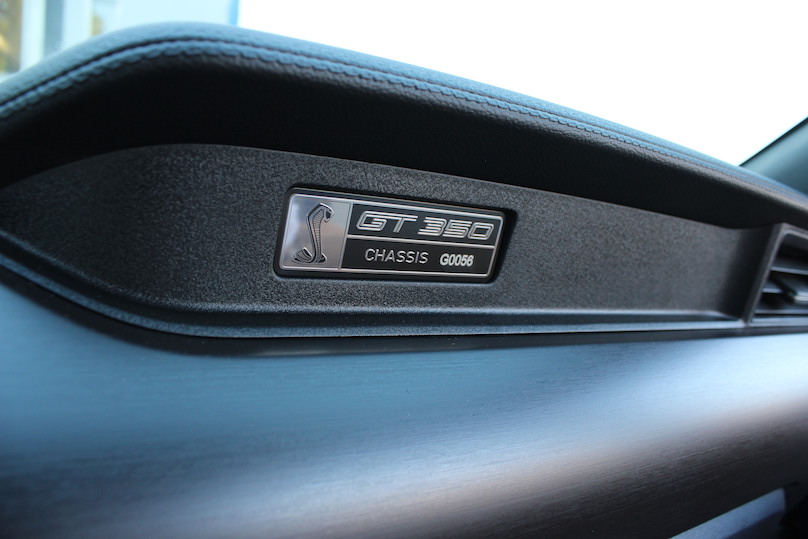 Everywhere you look inside and out, there’s all manner of great touches that remind you that you’re not just driving any Mustang. A plaque in front of the front passenger, for example, actually displays the chassis number of your particular Shelby. Most Ford logos both inside and out have been replaced with the classic Shelby cobra, and brash kickplates ensure that you know exactly what you’re stepping into. 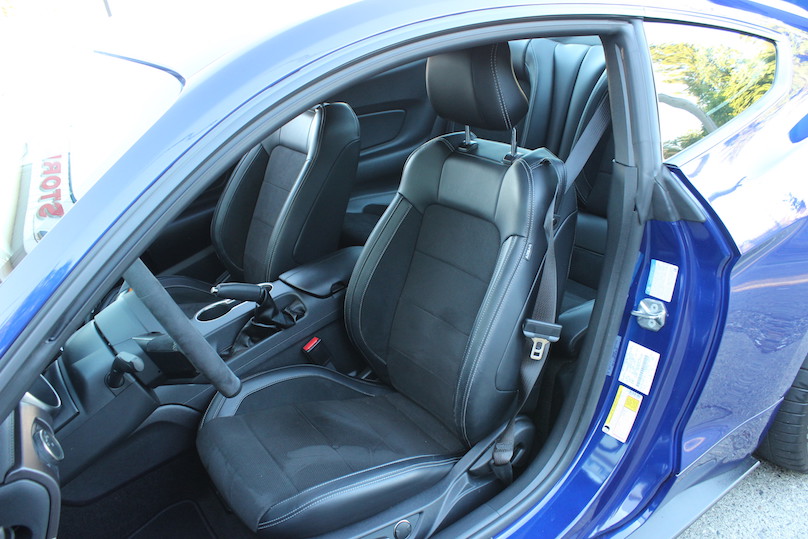 Open the door, and you’re greeted with all manner of performance interior touches. Suede covers the wheel, seat inserts and dash, while deep Recaro bucket seats and supplemental gauges on the dash complete the transition from pony car to road racer.

Powerful but sticky, too 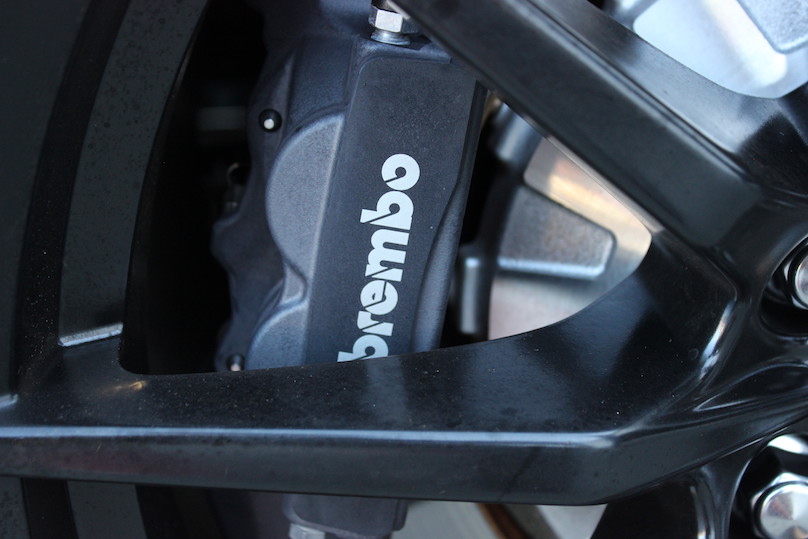 Michelin Pilot Super Sports (that measure a massive 305 mm wide out back!) ensure that the power gets transmitted to the road and that things stay tight in the twisties, while Brembo brakes at all four corners will stop you on a dime. They come with 393.7 mm rotors up front, and 378.5 mm items in the rear. 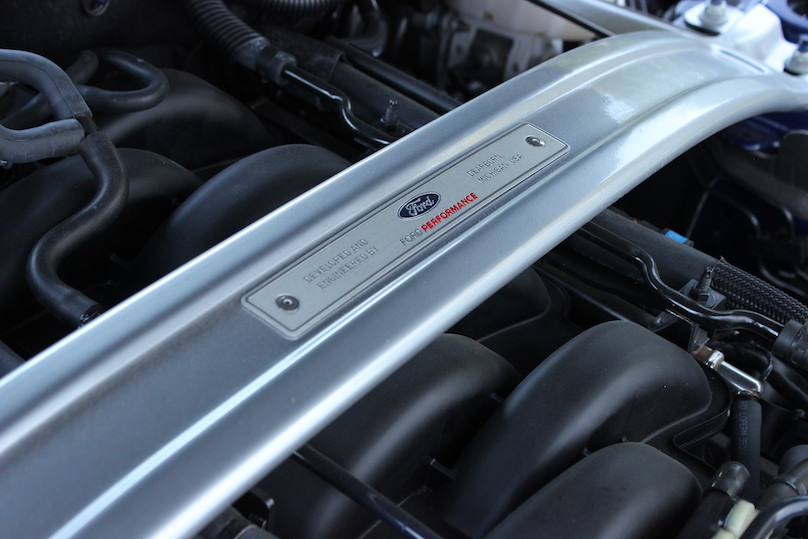 The suspension, of course, has been given a comprehensive once-over, adding aluminum components, recalibrated shocks and dampers all make for a fantastic handling package and allows for wider wheels and tires. A strut tower brace has also been added to the engine bay. 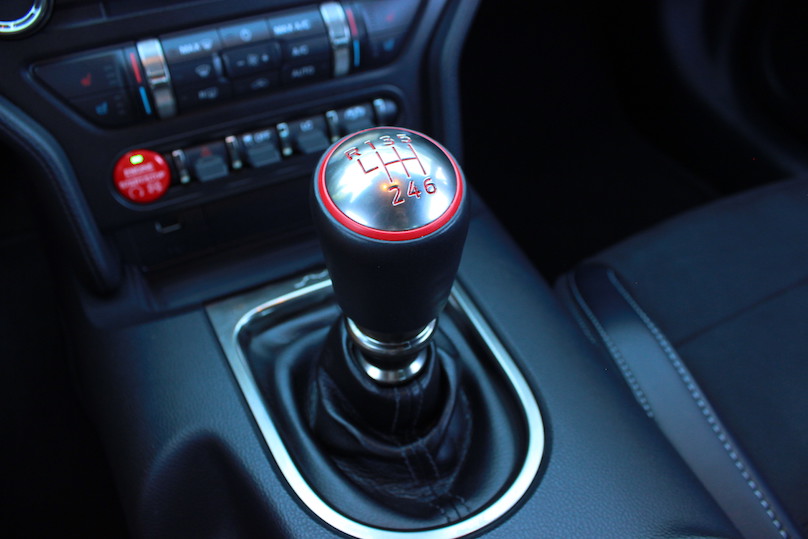 Well, you’ll get one because that’s the only way you’re going to get the power to the road. There’s no automatic option and while I’ve heard some people say that they’d like a paddle shift option (really? In this?), I have a feeling that a few launch-control aided starts will set them straight. 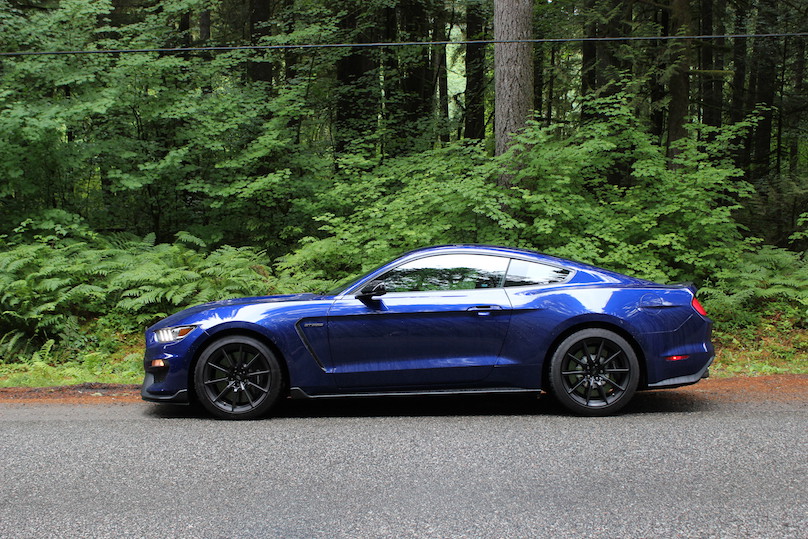 Dark wheels, a deep front splitter, carbon fibre trim and massive maw for a grille all point to a car you won’t want to meet in a dark alley. Or a well-lit all parkade, for that matter.