Used car prices are on the rise and are in great demand south of the border.

Chockablock with vehicle carriers loaded with late-model cars and SUVs, the truck traffic on Ontario’s highway 401 reveals a massive, if obscure, migration from north to south.

Thanks to a shortage of new vehicles right now, Canada is being strip-mined of its used cars and trucks to help alleviate demand in the United States. And that means Canadian consumers will pay more for their next used vehicle.

The phenomenon has always been around, with exports of used cars fluctuating with the currency exchange rate. What’s different now is that the need for Canadian vehicles is acute due to a “perfect storm” of supply-and-demand issues.

The onset of the COVID-19 pandemic last year forced automakers to close assembly plants temporarily, but when the factories reopened, demand for cars skyrocketed as buyers with government cheques in hand looked for a way to get around that didn’t involve transit.

At the same time, the microchips used by the auto industry – running everything from engine management to safety and infotainment systems – were diverted during the shutdown to other high-tech industries that needed the chips in student laptops, 5G smartphones and other consumer goods that were surging in popularity as people worked and studied at home.

Adding to the crisis were other supply-chain issues. A bad winter storm in Texas disrupted microchip production there, while a fire at the Renesas semiconductor plant in Japan curtailed production for three months this past spring.

Analysts expect the worldwide semiconductor shortage to last until well into 2022. In the meantime, the world’s automakers are slated to lose $61 billion in sales revenue, with some assembly lines sitting idle waiting for microchip deliveries.

The turmoil has prompted car shoppers to take a second look at the used auto market. Consumer demand has driven up the average used car price in the U.S. by a whopping $7,583 or 32.7 per cent in June compared to one year ago. Finding late-model vehicles in very good condition has U.S. dealers looking north – and we have exactly what they want.

Exceptional demand and higher prices in the U.S. have fueled Canadian vehicle exports southward, boosted by an 80-cent dollar. More than 39,000 used vehicles were trucked to the U.S. in May, compared to 15,000 a year earlier – a 260 per cent increase in export activity.

With prices rising and used-car inventories dwindling in this country, how can Canadians manage their car-buying budget to navigate the present market? Given the extraordinary demand for trucks and SUVs, shoppers may be wise to zig while others zag.

“Compact car prices are higher than last year, but the supply is good, and you can reach back quite a few years because they are mechanically simple,” advises George Iny, president of the Automobile Protection Association (apa.ca) consumer advocacy group.

“Many consumers are now looking back further than five years for a Toyota Corolla or Honda Civic, figuring that they’re likely still a safe bet – and they’re correct,” Iny says. “Midsize cars, particularly those from the Korean and domestic carmakers, are in the doldrums. You can find some of them for approximately the same money as a compact.”

Perhaps the best advice consumers can heed is just to wait out the roiling market, which is expected to settle down by the end of the year as automakers see microchip deliveries restored, allowing new-car production to rise.

“Stretch your current vehicle out until November. The model year will change over and demand will drop seasonally from December to February,” Iny notes. “We expect the winter price drop to be small this year, but you’ll have a better chance of finding something you like.”

If you need to buy a car or truck now, it’s good to know which models retain their value best so that you won’t lose thousands of dollars in depreciation when the market corrects itself. Here are the top cars and trucks that hold their value well after four years, according to Canadian Black Book. 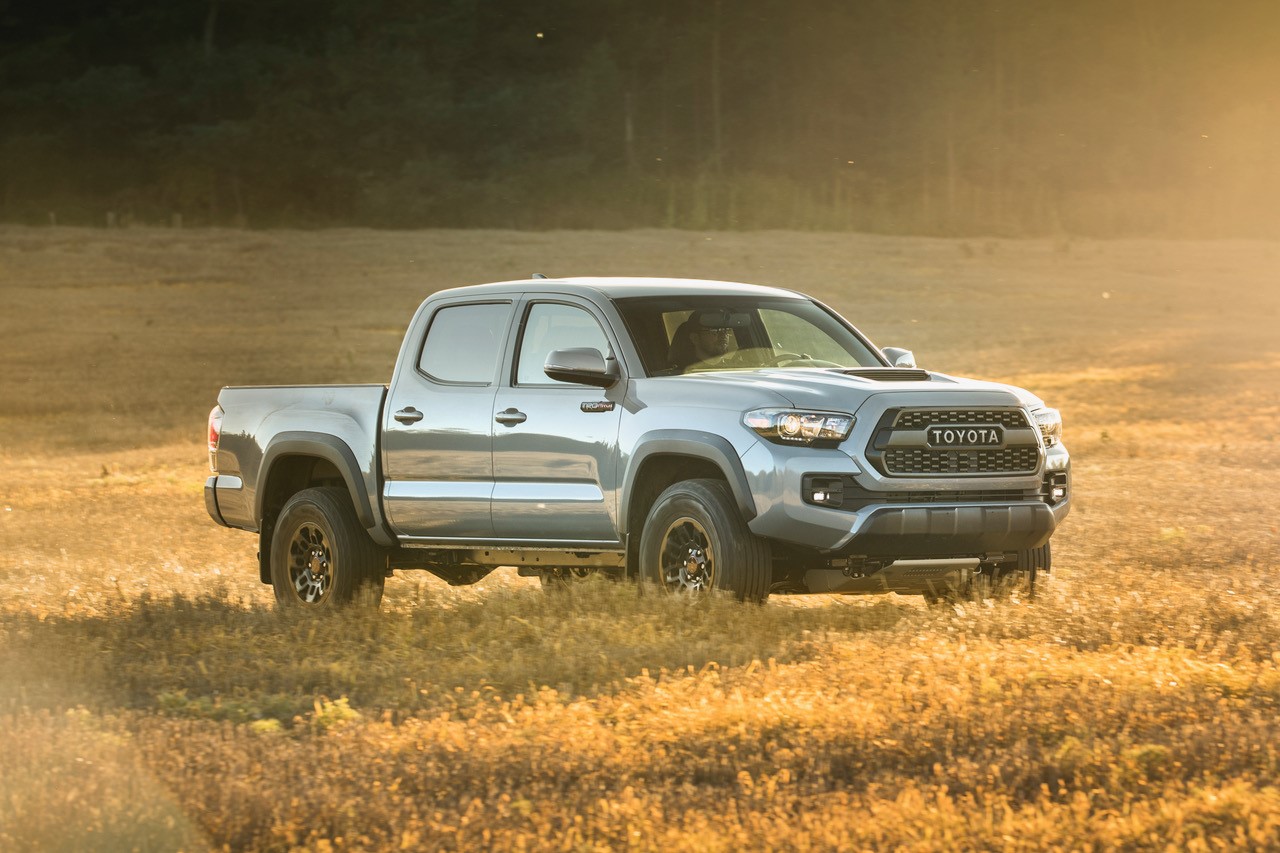 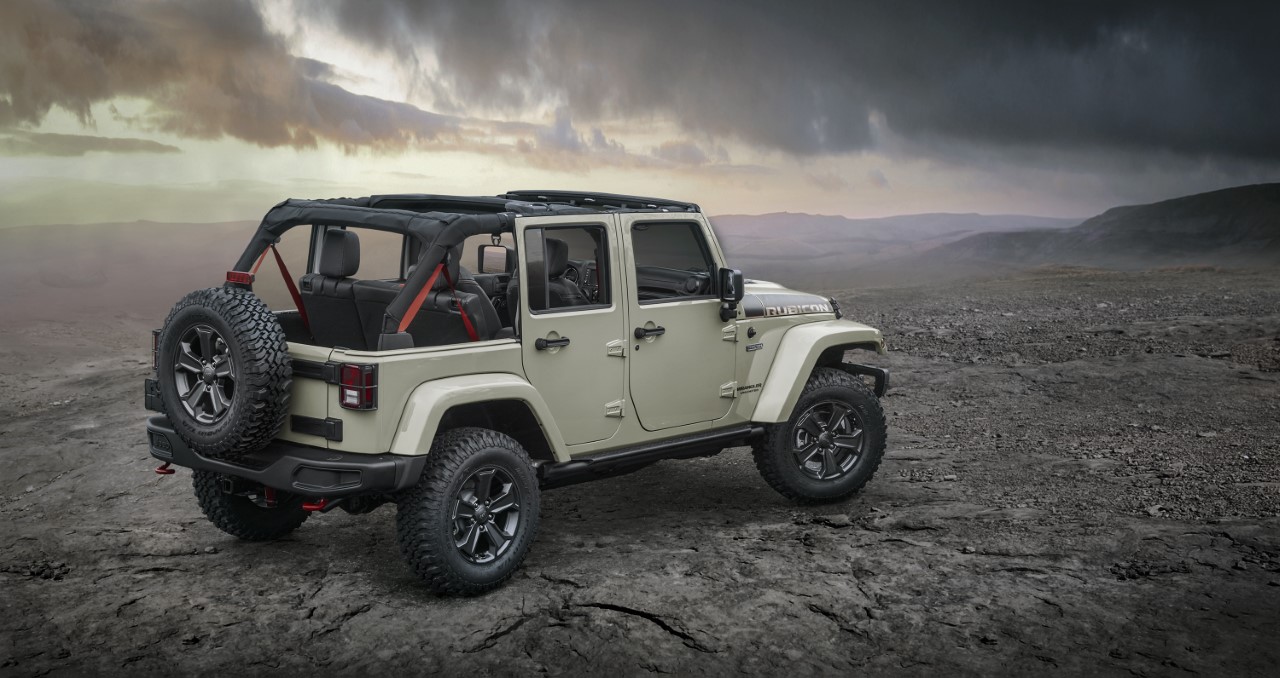 The Jeep Wrangler retained 82.3 per cent of its original manufacturer’s suggested retail price (MSRP) four years later, making it the second-best retained value ride in Canada, the figure derived from CBB’s Best Retained Value Awards for 2021. Its high value speaks to the Jeep’s unique features – buyers love that they can remove the doors and even fold down the windshield – and the iconic styling of this historic nameplate that harks back to the Second World War. It’s the Jeep’s go-anywhere invincibility that continues to draw buyers, too. 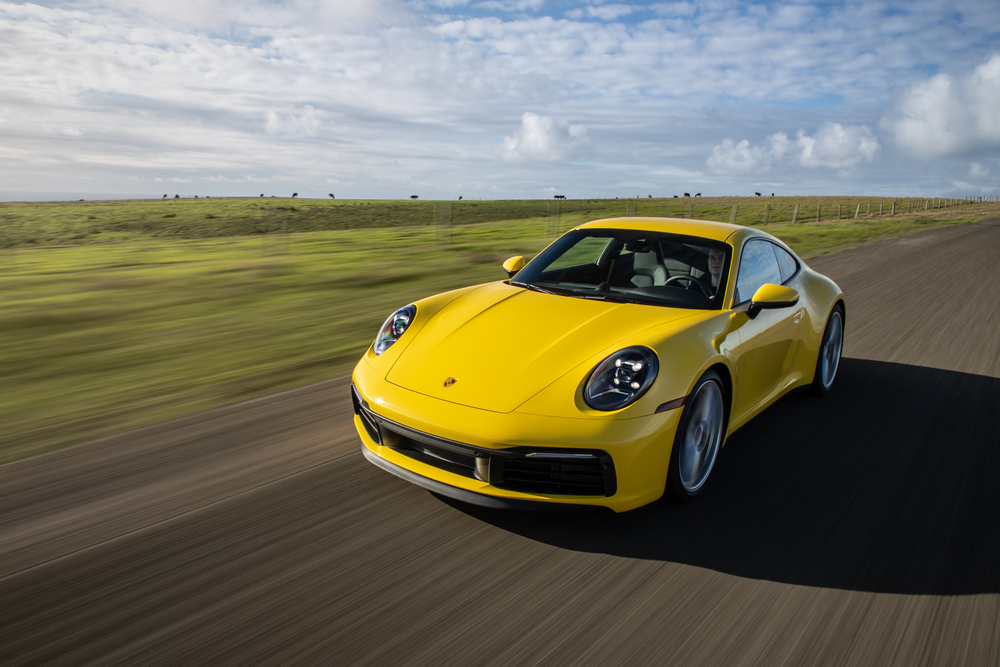 In addition to trucks and SUVs, sports cars have sway with consumers with discretionary funds, so it’s no surprise that extraordinary performers such as the Porsche 911 continue to find an audience as second-hand buys. The venerable 911 actually tied with the Wrangler for second place with an equal 82.3 per cent retained value after four years (like all the vehicles on this list, CBB examined the value of 2017 models today). In addition to its high-performance character, Porsche scores very highly in annual J.D. Power dependability surveys. 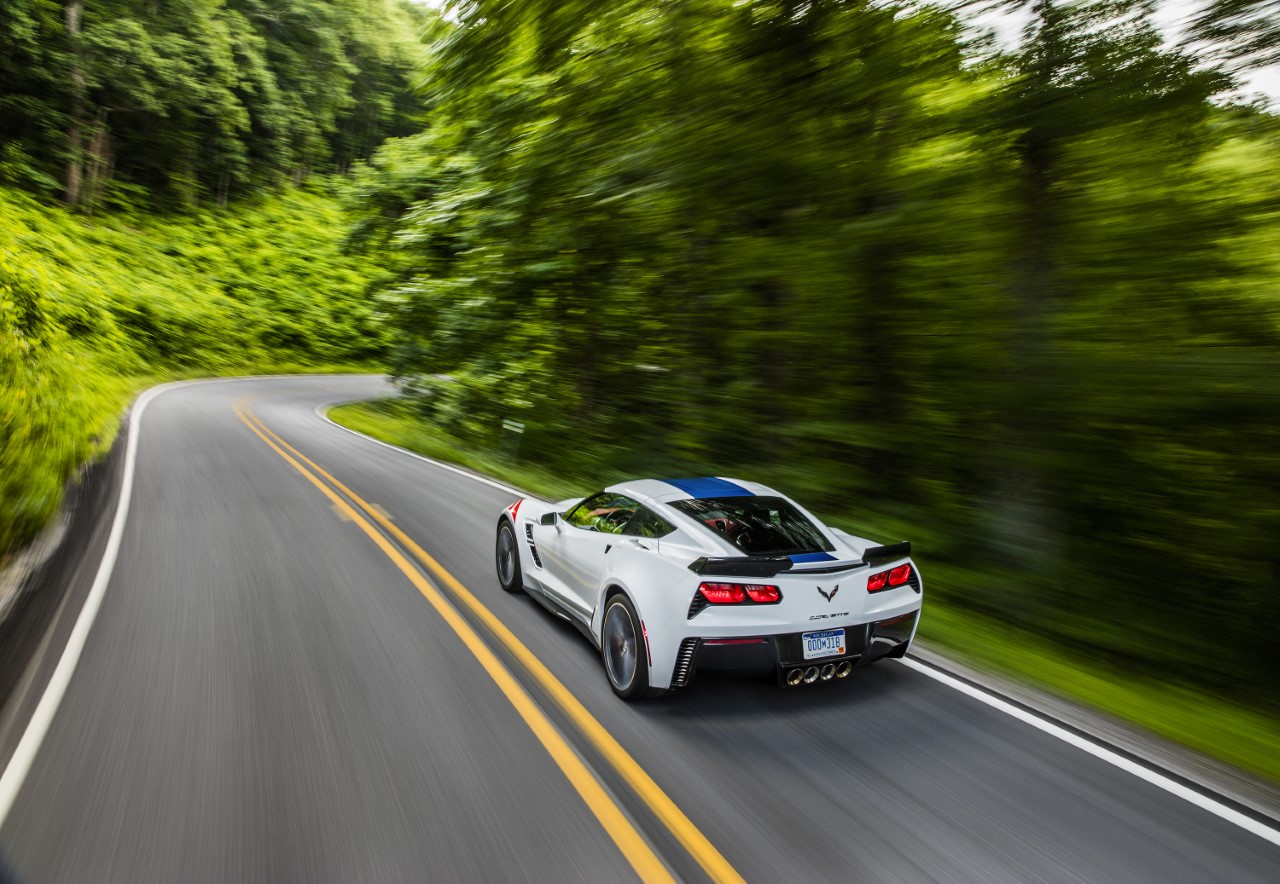 As Car and Driver noted, pickup trucks and sports cars – the cars people are more likely to want to buy – saw the highest price increases. Strong emotional appeal sometimes trumps a practical buy, which helps explain why the Chevrolet Corvette scores so well in retained value. Again, CBB examined 2017 models, which predated the newest mid-engine C8 Corvette – yet the previous generation is no slouch in the performance department. Aficionados recognize the C7 Corvette as a sports-car bargain, which has led to big price increases for used examples. 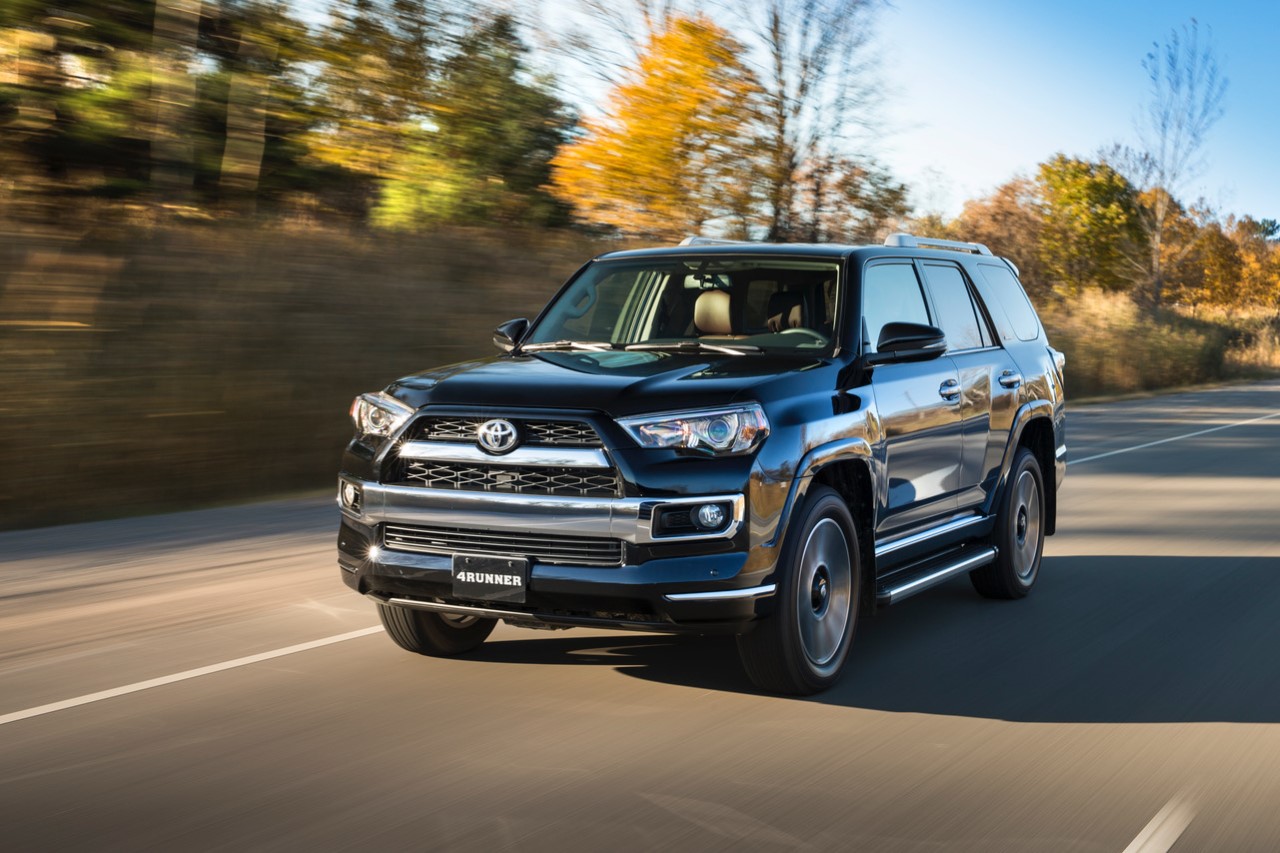 The second-best sport utility vehicle in terms of retained value is the Toyota 4Runner, a predictable result given that it rides on the frame of a truck – the aforementioned Tacoma – which gives it true all-terrain capability expected of the class. This ain’t no car-based crossover, in other words. And the market is willing to pay a premium for the 4Runner’s rugged character, combined with the mechanical dependability synonymous with the Toyota brand. 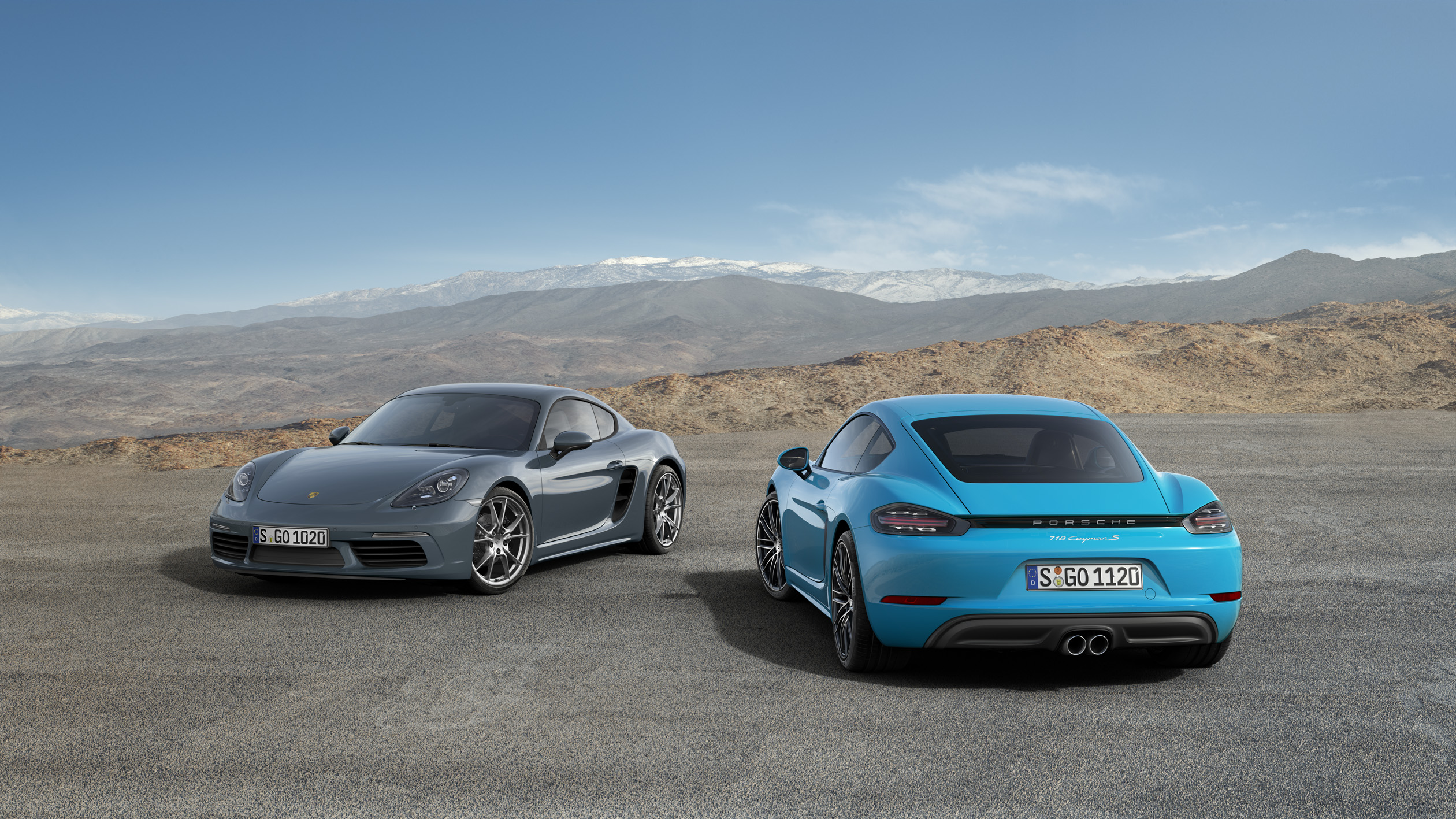 Here’s another example of the strong appeal of a classic sports car, which by definition only seats two lucky occupants. The Porsche 718 Cayman, the coupe version of the convertible Boxster, is a more affordable model when compared to the lauded 911, yet it features a mid-engine layout that makes it an especially fetching ride. Like the other Porsches on this list, it is painstakingly assembled to provide excellent mechanical reliability, something the marketplace is happy to pay for in addition to the exhilarating drive.

Sensing a trend here? Certain manufacturers dominate the retained-value awards because their models share certain characteristics; namely, high product quality and a time-honoured reputation in the market for delivering the goods, be they high performance or tough-as-nuts 4×4 versatility. Toyota’s full-size Tundra pickup successfully emulated the Detroit Three’s bestselling trucks, even if it sells a fraction of their numbers. The used-vehicle market has awarded the Texas-built Tundra the highest resale value of the bunch, a strong indication of the truck’s dependability. 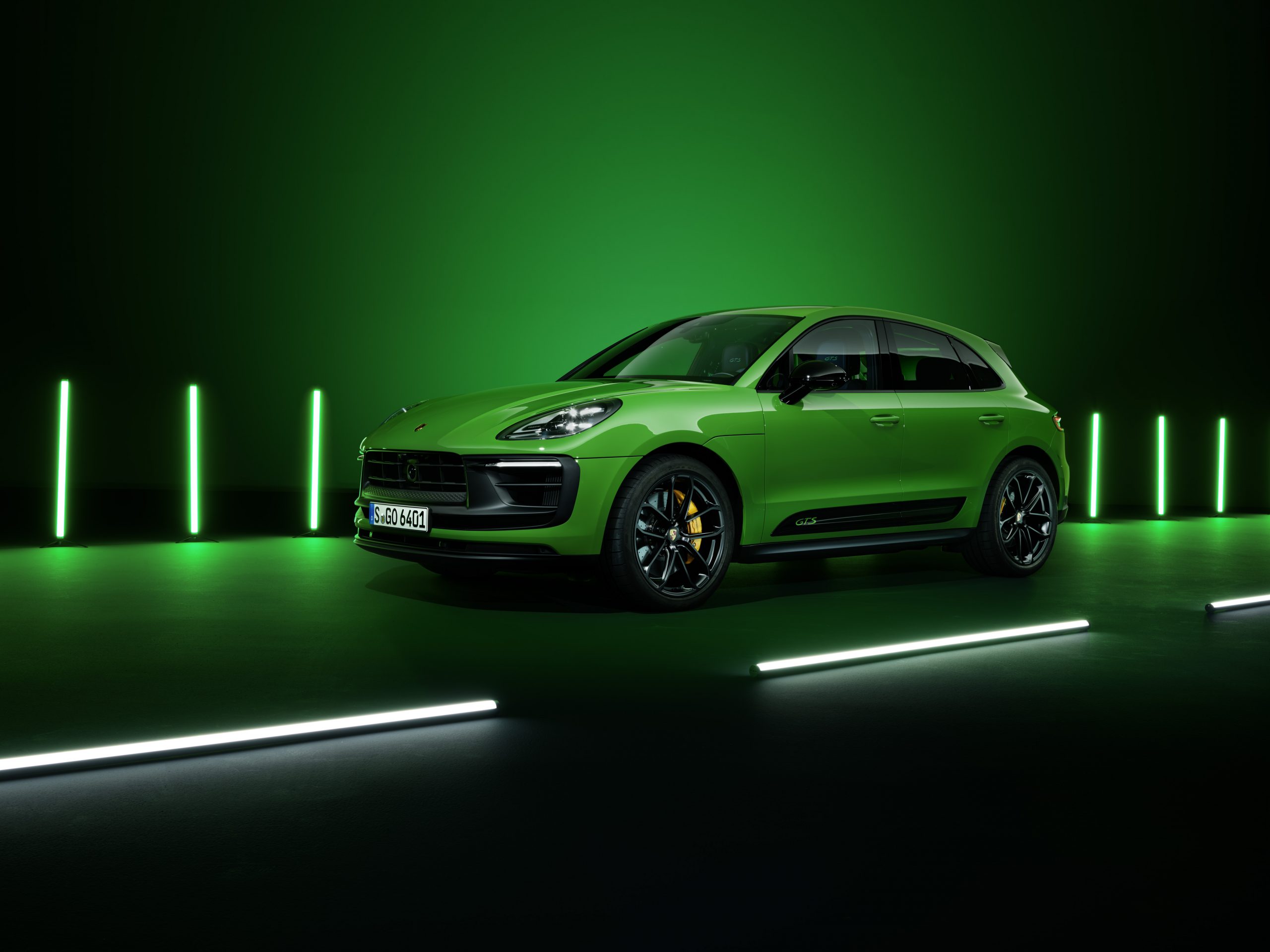 Porsche’s compact Macan sport utility skews more sport than utility, which appears to be the desired formula for its audience: motorists who want to drive an all-weather performance machine that sticks to paved roads better than it does to gravel paths. Smaller and lighter than its big-brother Cayenne, it successfully marries the best of both worlds – sports-car-like performance with the utility of a five-door wagon that can safely transport its riders and cargo through any weather. 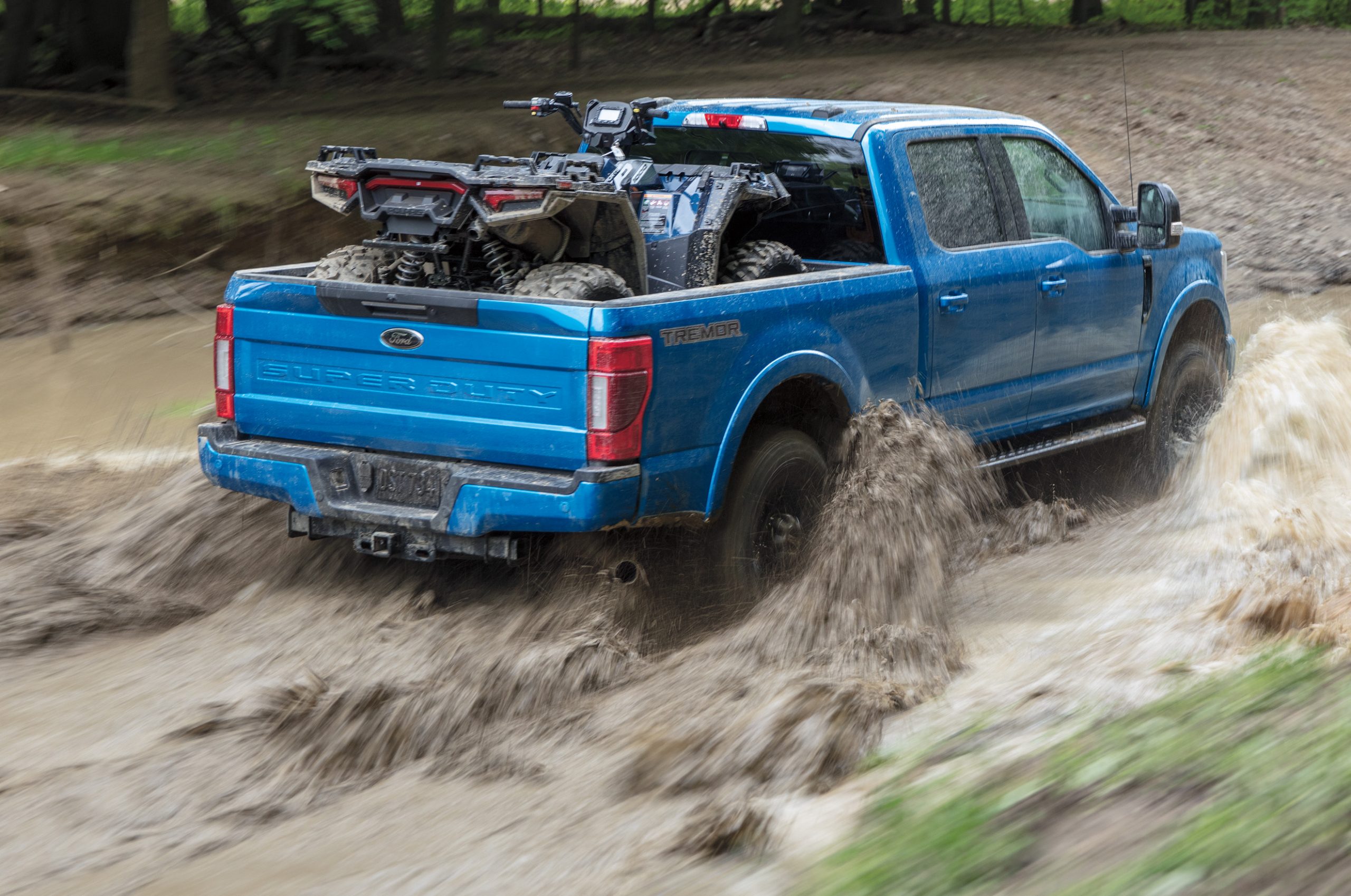 As the highest rated truck of the Detroit Three, the Ford F-250 is a fitting example of a domestic product that depreciates slowly because it can do anything from picking up the kids after school to hauling a cabin cruiser or other weekend toys with extraordinary confidence. Consumers are willing to pay for versatility that delivers during the week and on the weekends. The heavy-duty Ford F-250 comes out of the box ready to work – an appealing trait that clearly plenty of buyers are willing to pay a premium.

HOW DO I...Understand trouble codes?