Seven Reliable Used Cars for Around $7500

The automobile has gone from social pariah to saviour.

Like single-use plastics, owning a car makes some sense in the pandemic age.

Hankering to see a movie on a big screen, visit the zoo, watch a band performance or worship with others? You’ll need an auto. There’s a burgeoning array of outdoor activities you can take in right now, all based on a very car-centric business model: the drive-in theatre.

While the first patented drive-in movie theatre opened in 1933, the concept didn’t take off until the late 1950s and ‘60s as Baby Boomers got their licences and went out for a night of entertainment at North America’s many outdoor theatres. With three-across bench seats in almost every sedan, it delivered a superior movie-watching experience (sometimes for reasons we can’t get into here).

The drive-in is enjoying a moment right now as businesses and churches adjust to the new reality of social distancing during the COVID-19 pandemic. The automobile has gone from social pariah to saviour, a hermetically sealed capsule that allows families to re-engage with the community with little fear of infection.

Adopting a pet using the Humane Society’s drive-through lane probably doesn’t warrant going all out and buying or leasing a brand-new vehicle. Here are seven reliable used-car buys we can recommend for around $7,500.

The Mazda 6 is a worthy rival to the class-leading Toyota Camry and Honda Accord sedans, so why it doesn’t sell in bigger numbers remains a riddle for the ages. This vintage of the 6 was assembled at Ford’s Flat Rock, Michigan, plant by UAW members, making it one of the very few union-made Japanese cars.

Beyond its pedigree, the Mazda 6 is a refined, reliable sedan and a bit of a looker, which never hurts. It’s roomy for five, it offers a four- or a six-cylinder engine, the front-drive chassis is reasonably athletic, and you can opt for a six-speed manual gearbox – which many midsize sedans no longer offer. Unfortunately, both engines are hardly exemplars of fuel efficiency. 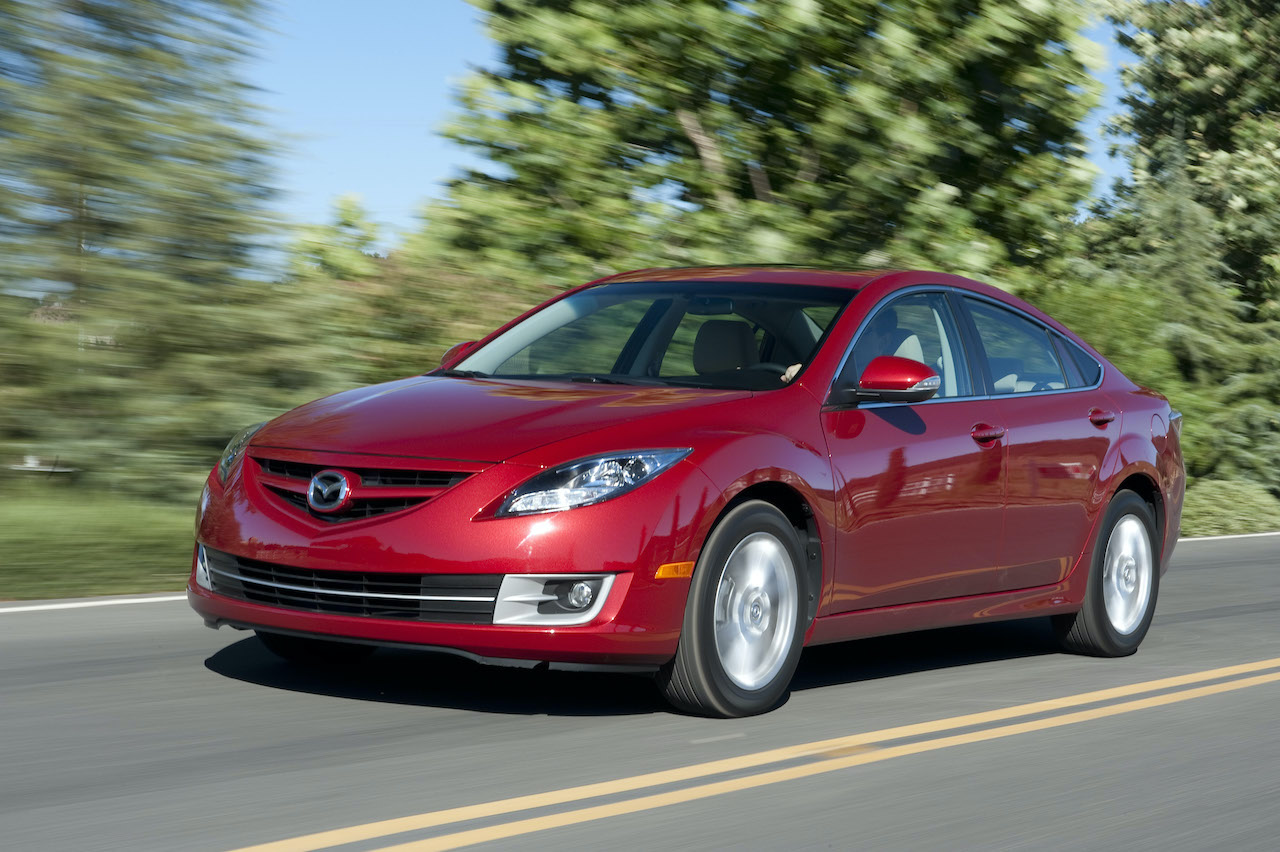 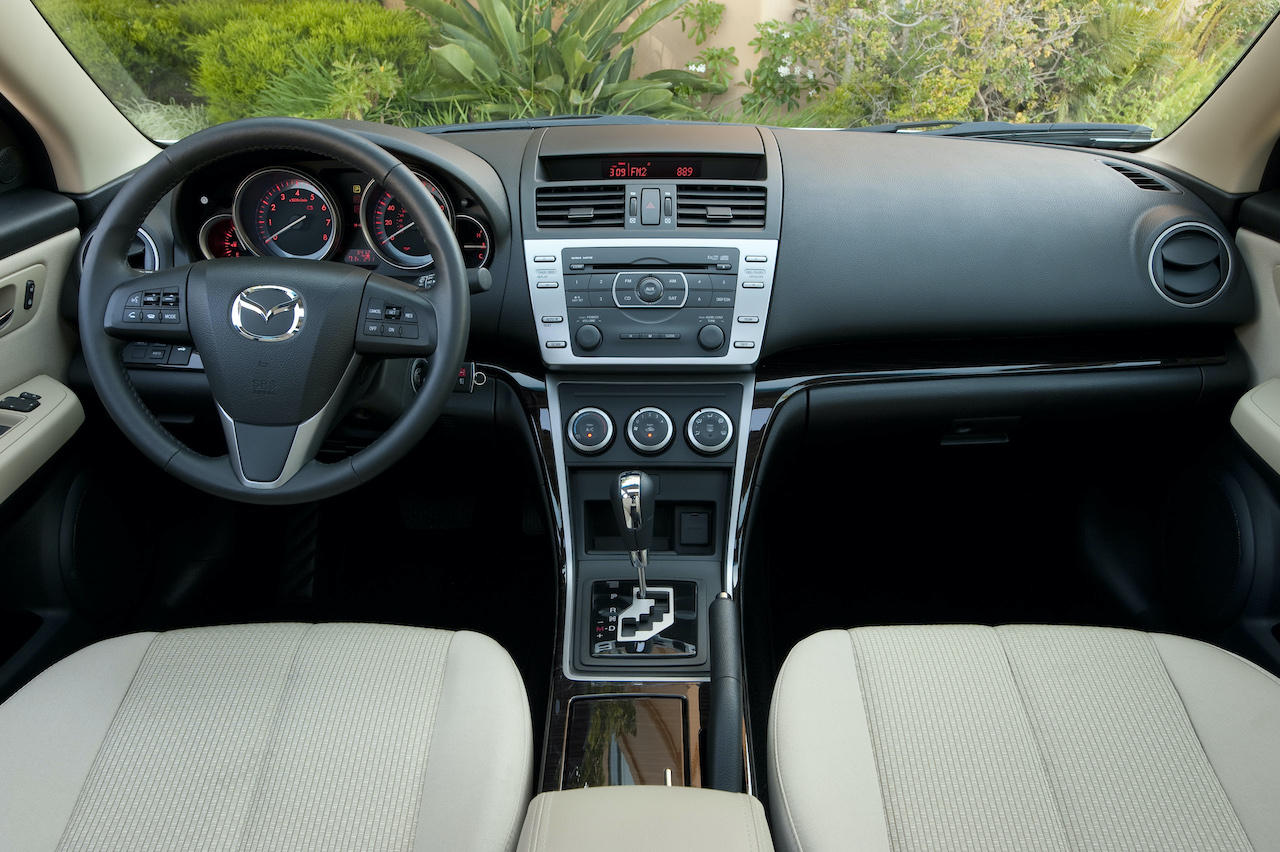 Things to look out for include gear clash when shifting into third or fourth gear on the manual (indicating worn synchronizers), hydraulic valve lifter noise when the engine is cold, as well as frequently blown headlamps and a few other electrical issues, such as malfunctioning power door lock actuators. Be aware that the subframe underneath is susceptible to rust.

The Lancer is not a household name like Civic or Corolla – and that’s the genius of buying a Mitsubishi. This compact languishes on dealer lots so buyers can negotiate a more attractive price. The Lancer comes as a four-door sedan, but there’s also a rare but practical Sportback model with a huge hatchback that can swallow a lot of 40-roll packages of bathroom tissue. 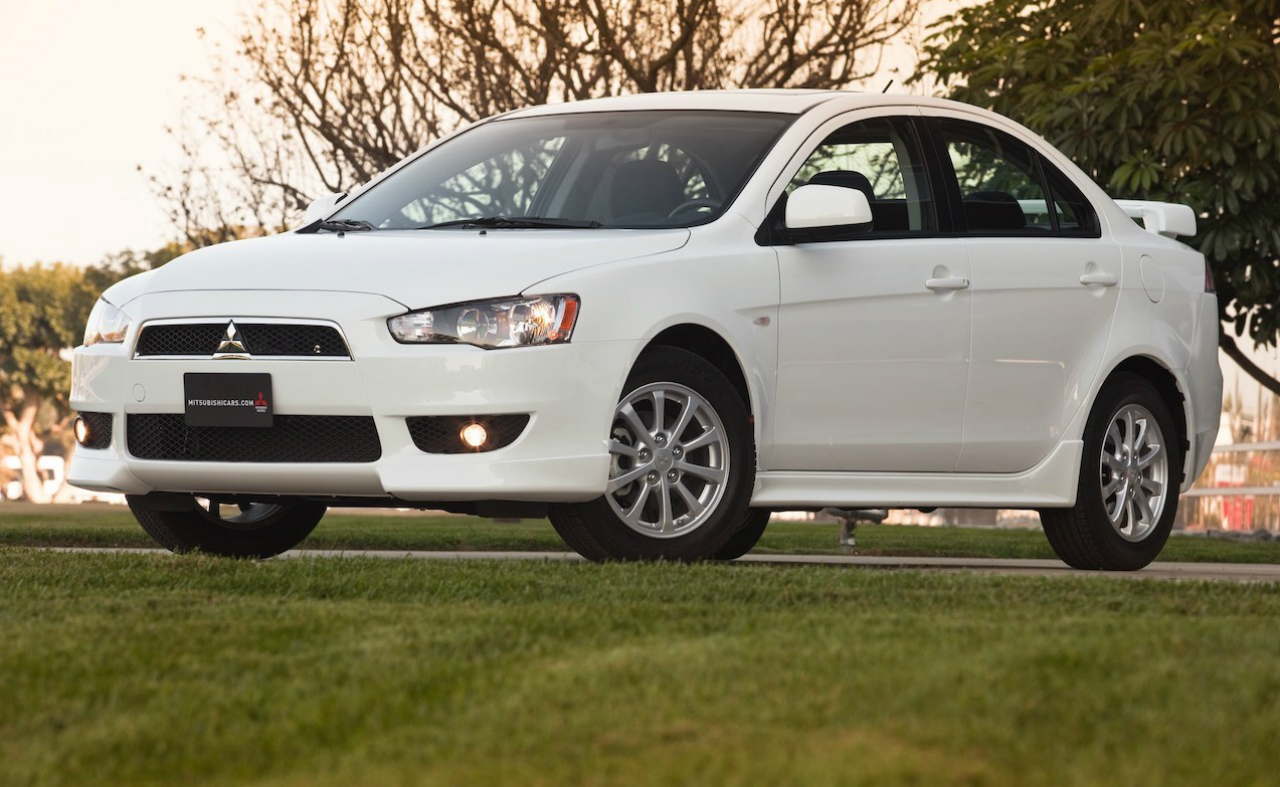 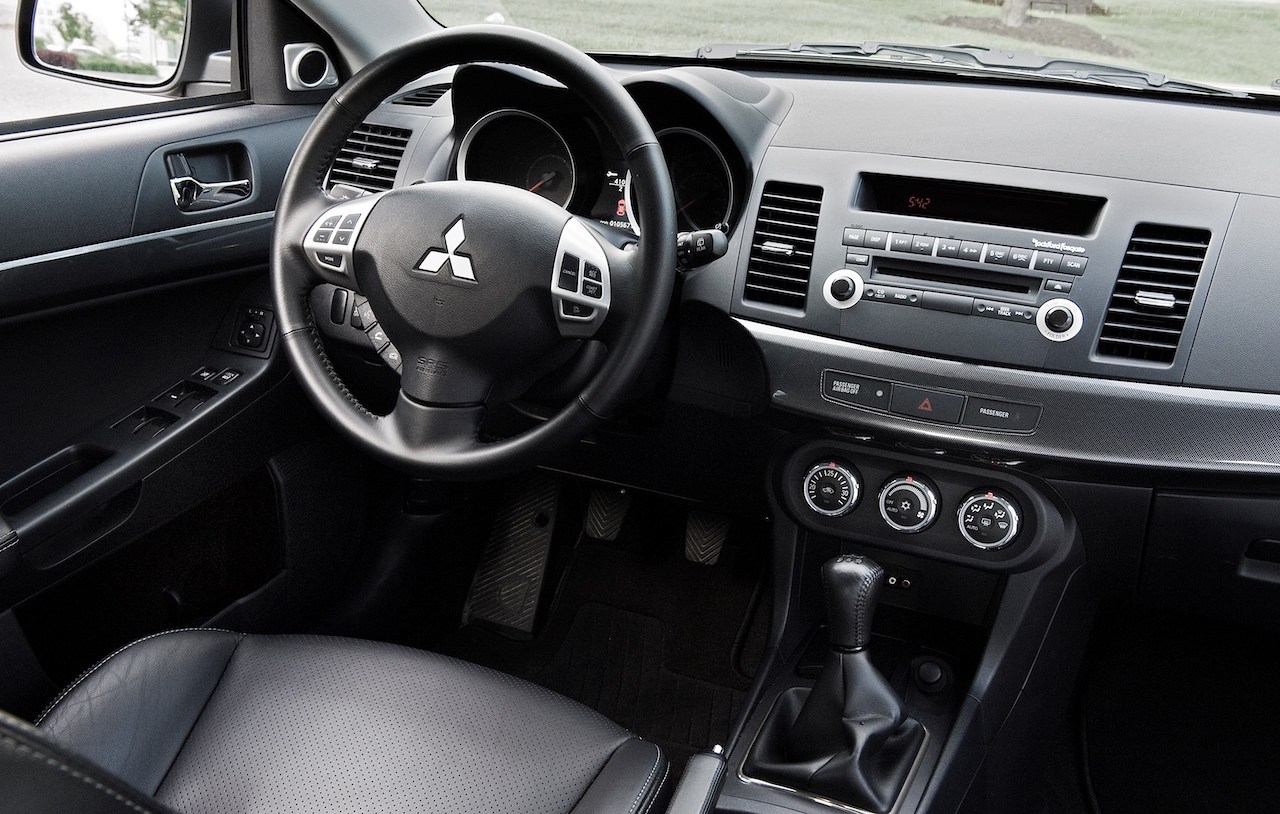 Some drivers dislike the CVT’s sluggish behaviour, which can stifle a lot of forward thrust from the smaller four banger, especially when the air conditioner is running. Fortunately, the made-in-Japan Lancer doesn’t break much. Gripes are limited to easily chipped paint, short-lived clutches, a few failed CVT transmissions and unwelcome rattles.

Honda packed its smaller European-market Accord sedan with premium features and dispatched it to North America, badged as the Acura TSX. With its zingy four-cylinder engine, balanced chassis and telepathic steering, the inaugural TSX was a surprise sales winner. The car’s redesign for 2009 rendered it bigger and heavier, but plenty of its redeeming qualities remained.

Honda’s venerable all-aluminum 2.4-L four cylinder returned, this time with a higher compression ratio to boost torque to 172 lb-ft, along with 201 hp using premium fuel. The engine came with a slick six-speed manual transmission or an outdated five-speed automatic. Acura made a 280-hp 3.5-L V6 available starting in 2010, tied to the automatic exclusively. 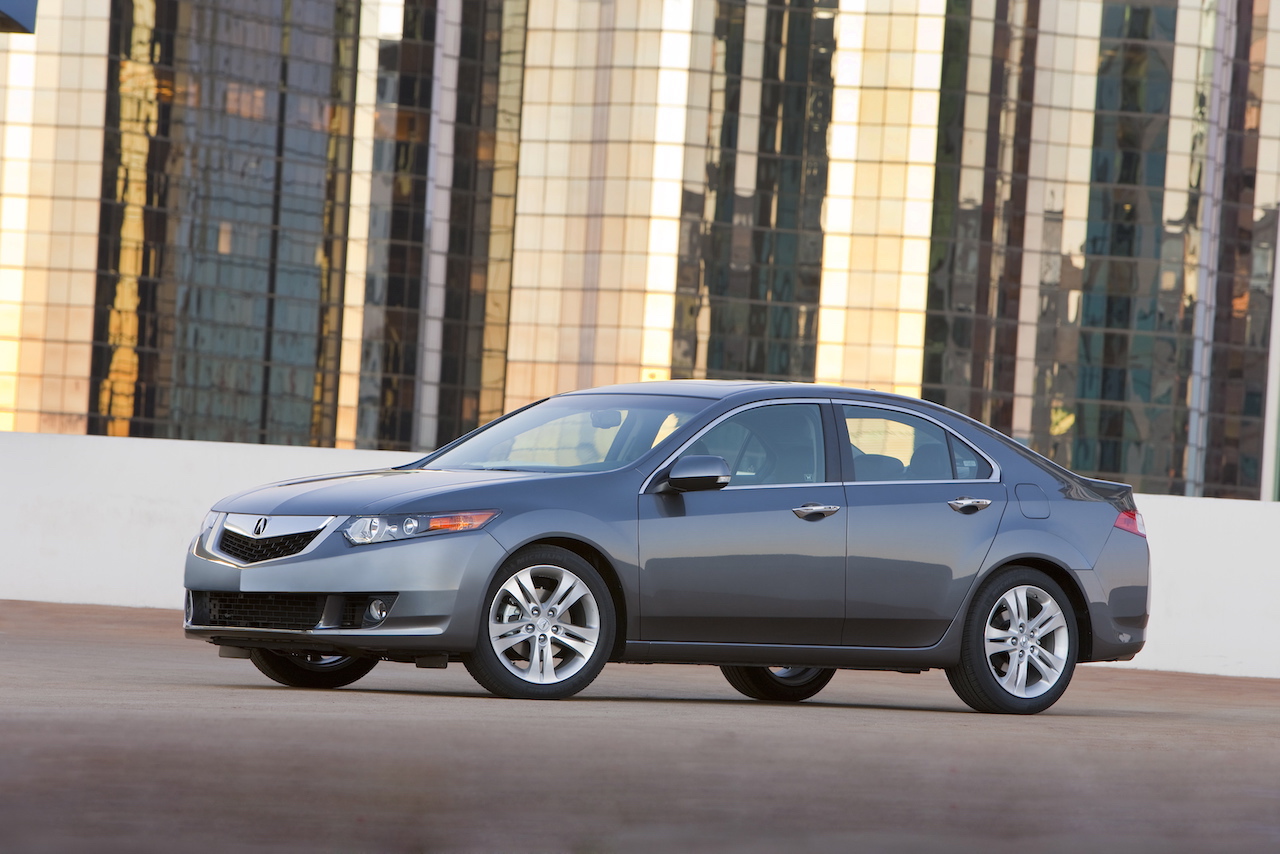 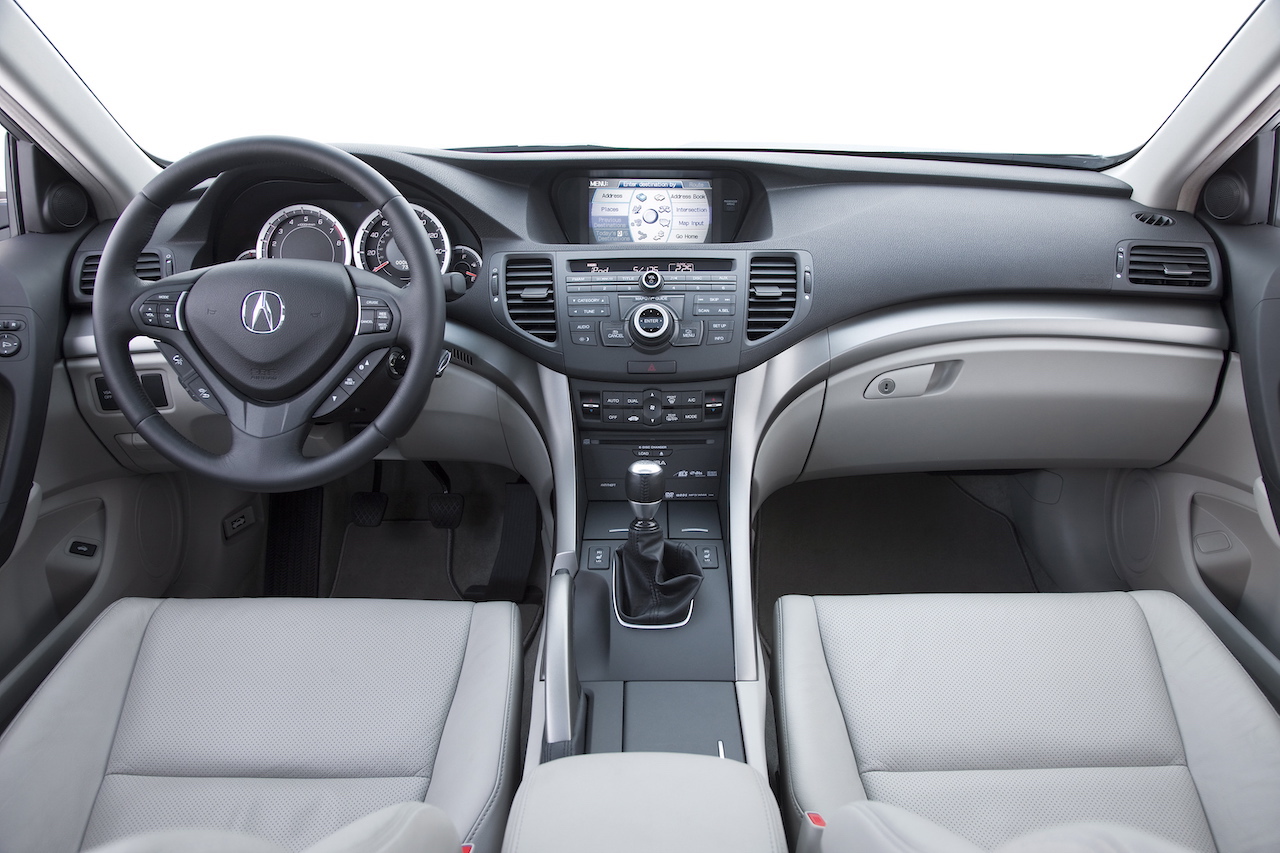 As a dependable used-vehicle buy, the TSX is one of the best on the market. Consider that it achieved Consumer Reports’ highest possible reliability rating every year between 2009 and 2014. Watch for a little oil consumption, along with malfunctioning power-steering units, short-lived brake pads and batteries. The stereo speakers are notorious for failing, at least in the early builds.

The cheap and cheerful Kia Soul has been the South Korean automaker’s breakout hit ever since the first rectilinear five-door wagon rolled off the ship in 2009. It’s built on a modified Kia Rio platform, employing an independent front strut suspension and torsion-beam rear setup that doesn’t bite into cargo space. It’s a front-drive-only subcompact whose cubic shape outside nets lots of cubes inside.

No kidding, the Soul yields a surprising amount of interior space for occupants and cargo, thanks to its tall-box profile. There are two available engines: a base 1.6-L four-cylinder making 122 hp and a 2.0-L four putting out 142 horses – the latter of which works better with the six-speed automatic transmission. 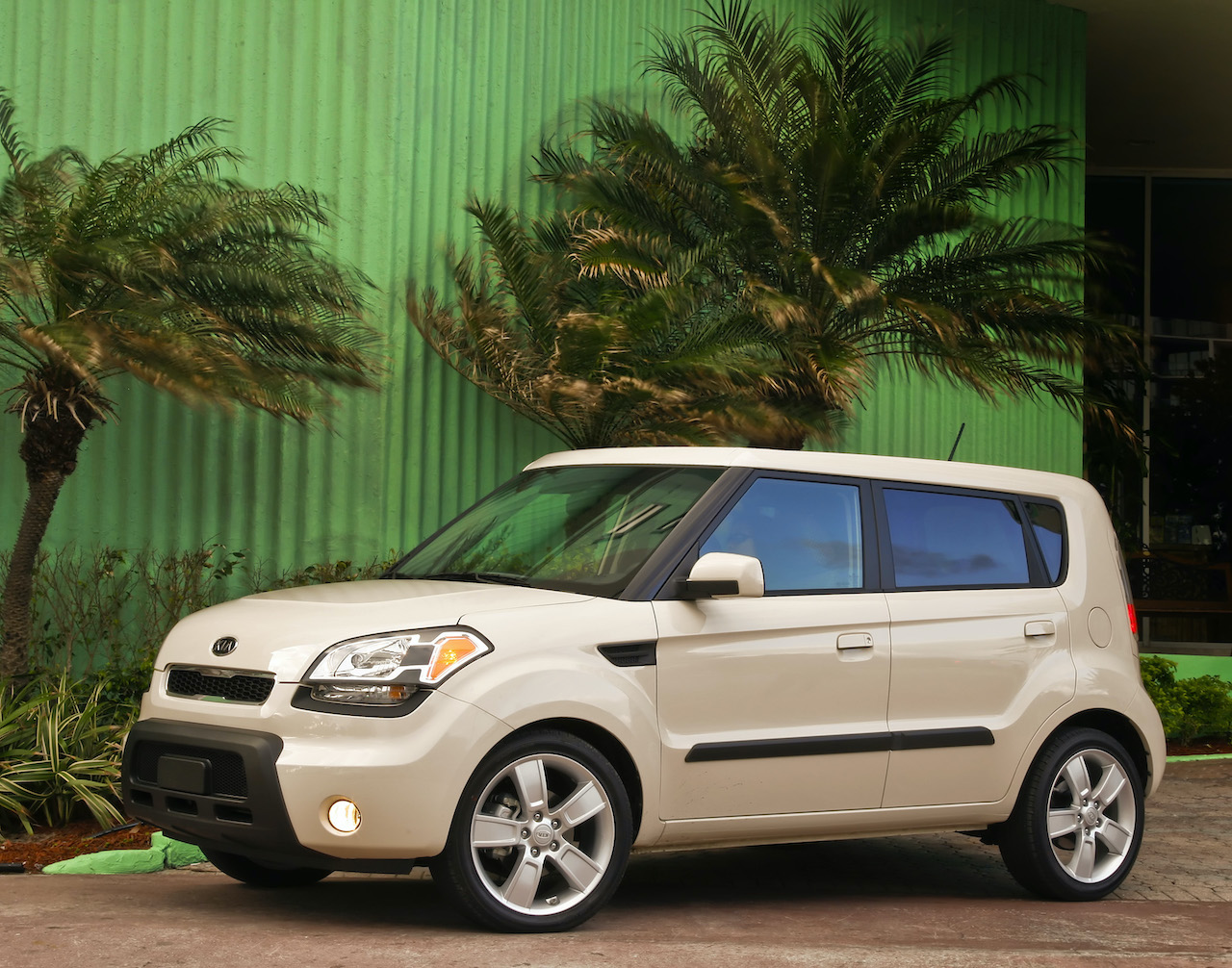 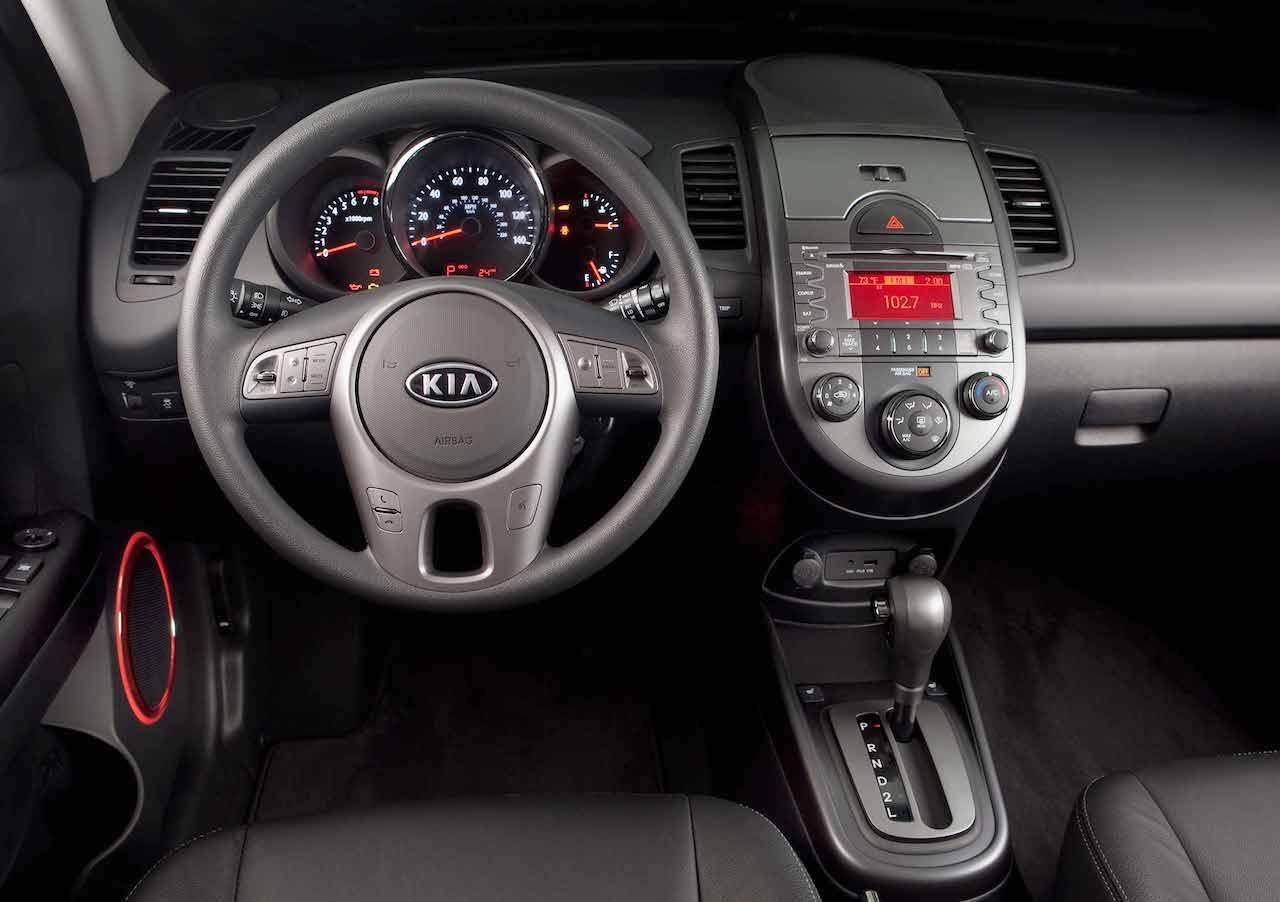 Liabilities include big blind spots to the rear, road noise, susceptibility to crosswinds and scratch-prone plastic in the cabin. Reliability has been above reproach. The few reported weaknesses include easily chipped paint and windshields, and faulty brake-light switches. Some worn steering linkages have been documented. The 2010 and 2011 models are especially durable, while later models exhibited engines issues.

Originally marketed as a tall wagon, the Forester became Subaru’s signature compact crossover, girded to do battle with the bestselling Honda CR-V and Toyota RAV4. Built on the Impreza’s platform but with an upright profile and raised roof, the Forester offers good practical space inside with plenty of cargo capacity.

The Forester provides the correct seat height for easy entry and egress, and generous windows give drivers an excellent view all around. If there’s one flaw it’s the upright windshield, which attracts stone chips with annoying frequency. Drivers adore the sense of invincibility that comes with swishing a Subaru through bad weather, thanks to Subie’s standard all-wheel-drive system. 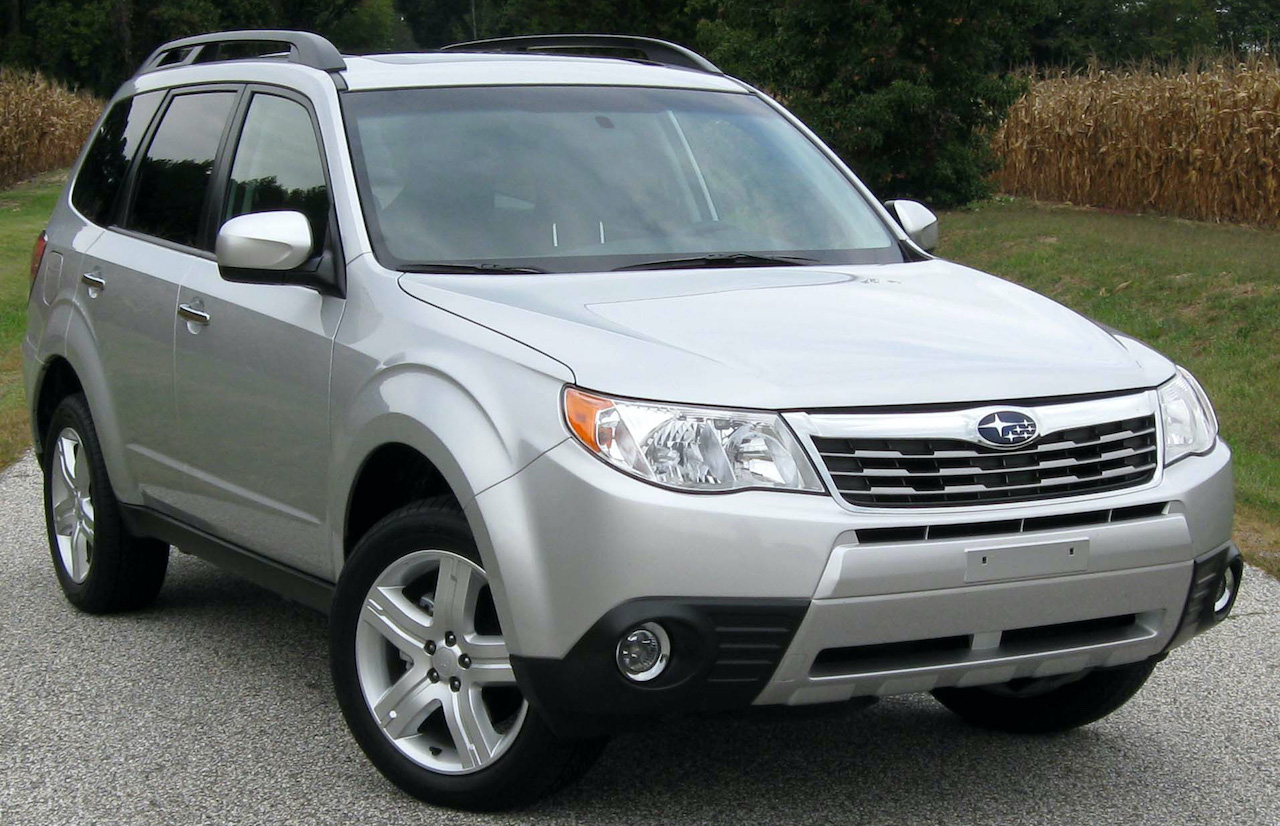 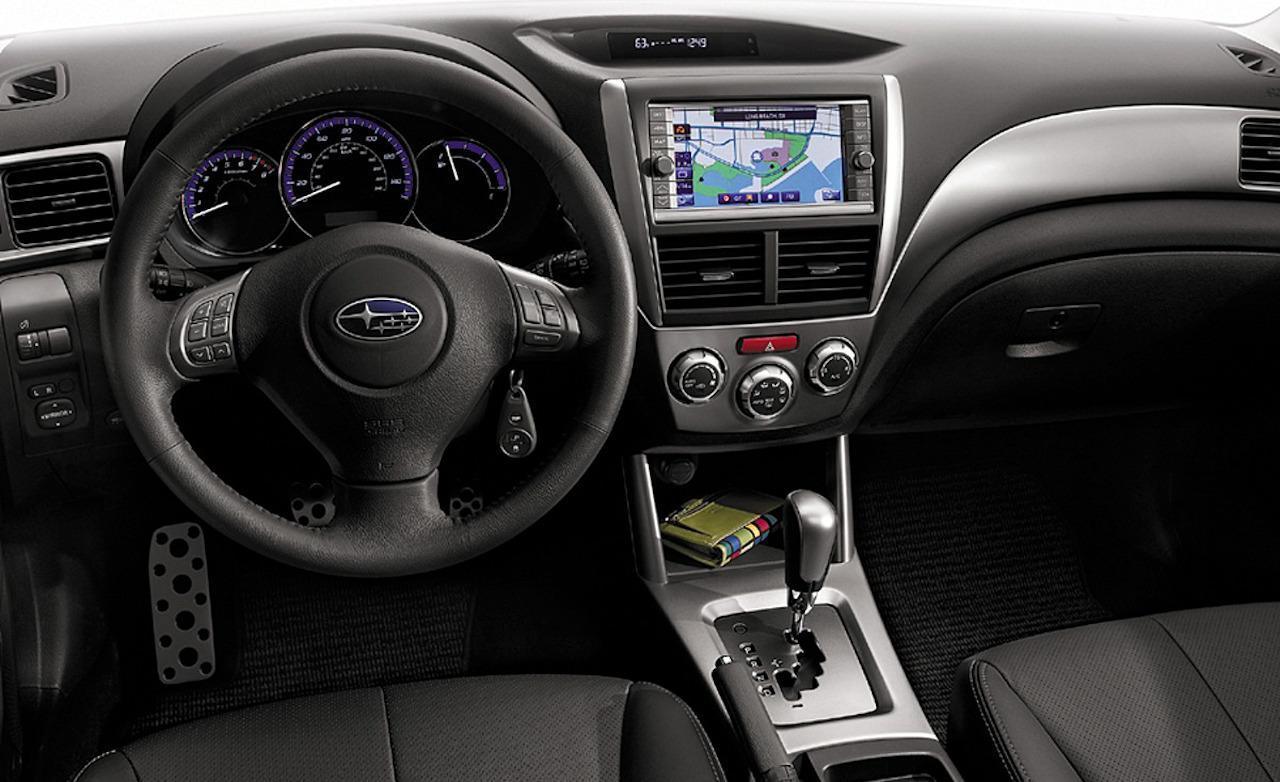 The Forester’s 2.5-L flat-four engine provides a low centre of gravity and longitudinal orientation, which means its output shafts are the same length (or symmetrical), making for a very stable drive. The “boxer” engine is relatively bulletproof – unlike the revised engine that replaced it for 2011. Mechanical headaches include short-lived wheel bearings and catalytic converters, piston slap, underperforming air conditioners and some oil consumption.

What better conveyance to take to a drive-in than a minivan? While it had the same exterior dimensions as the bestselling Dodge Grand Caravan, the previous-generation Toyota Sienna offers more space inside and fills it with family-friendly cupholders, cubbyholes and a plethora of handy electrical outlets.

Available in seven- and eight-seater configurations, the Sienna features a 60/40-split third row bench that collapses into the floor without the need to remove the headrests and is spring-assisted to make hoisting easier. The Sienna has the smallest turning radius of any front-drive minivan, and its 266-hp 3.5-L V6 offers plenty of usable thrust. It’s the only minivan left on the market with optional all-wheel-drive. 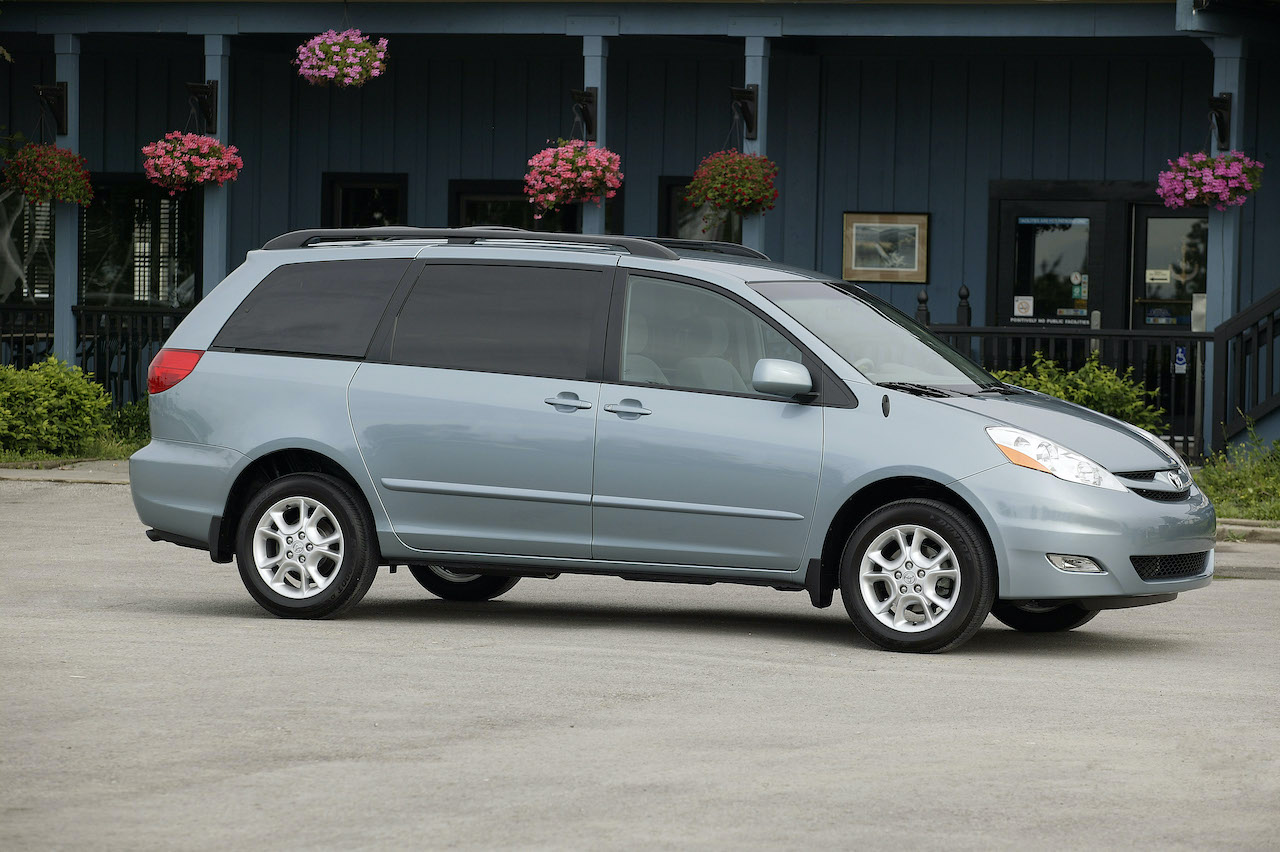 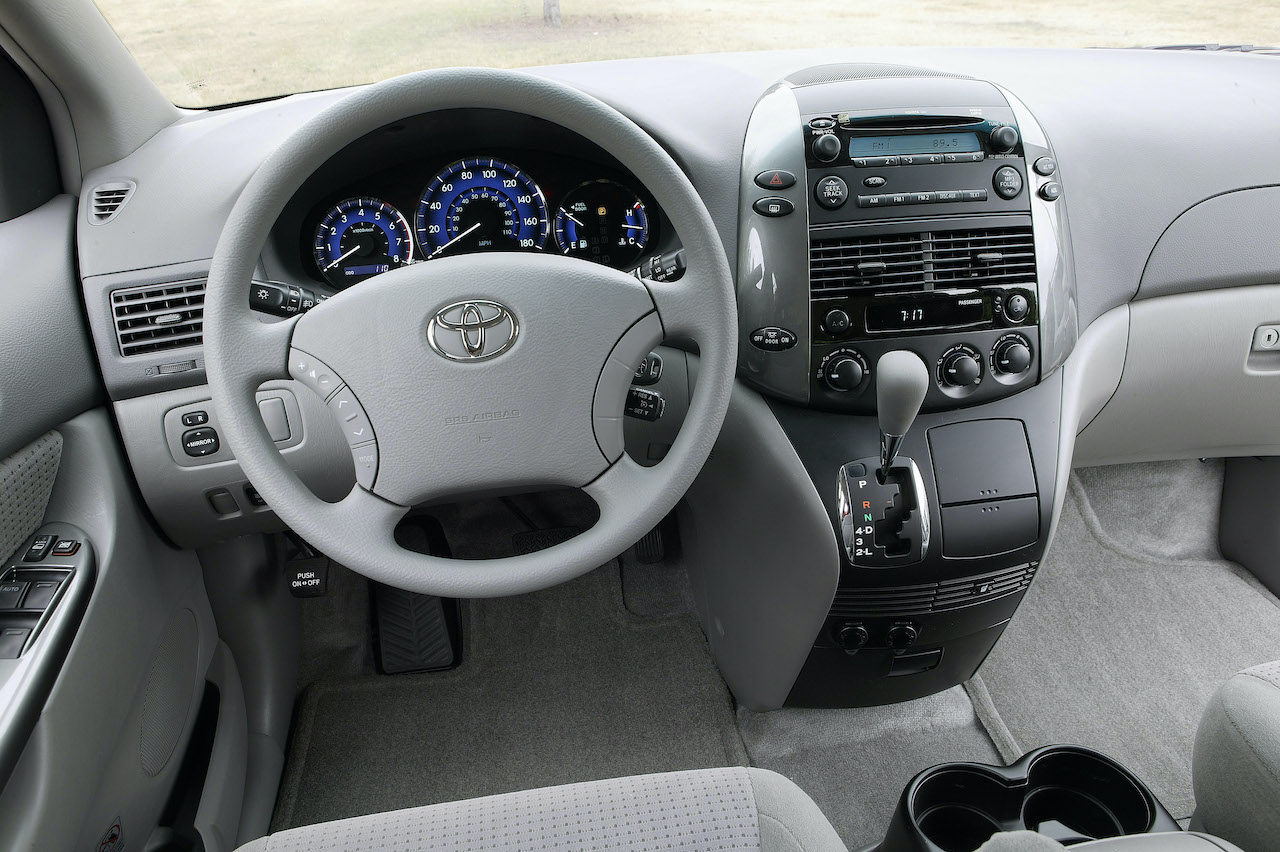 Durability is exceptional as the engine/transmission duo appears to be bulletproof (the Sienna does taxi duty in many cities). The most common complaint involves the power sliding doors, whose thin cables can snap – and replacement is expensive. Other issues include leaky radiators and gas tanks, faulty air conditioners, weak tailgate struts and some interior rattles.

Based on Honda’s invincible CR-V, the Element offered some novel features in a one-of-a-kind wrapper. While a foot shorter than the CR-V, it provided a roofline 20 cm taller. Think 5/8ths-scale bread truck – in fact, more than a few businesses use them for deliveries.

Thanks to its boxy profile, the cabin is positively cavernous, although there’s only seating for four. The floor is as flat as Saskatchewan and covered with rubber rather than carpet. Its clamshell rear doors can’t be opened independently of the front pair and they’re cumbersome to handle in tight parking spaces. 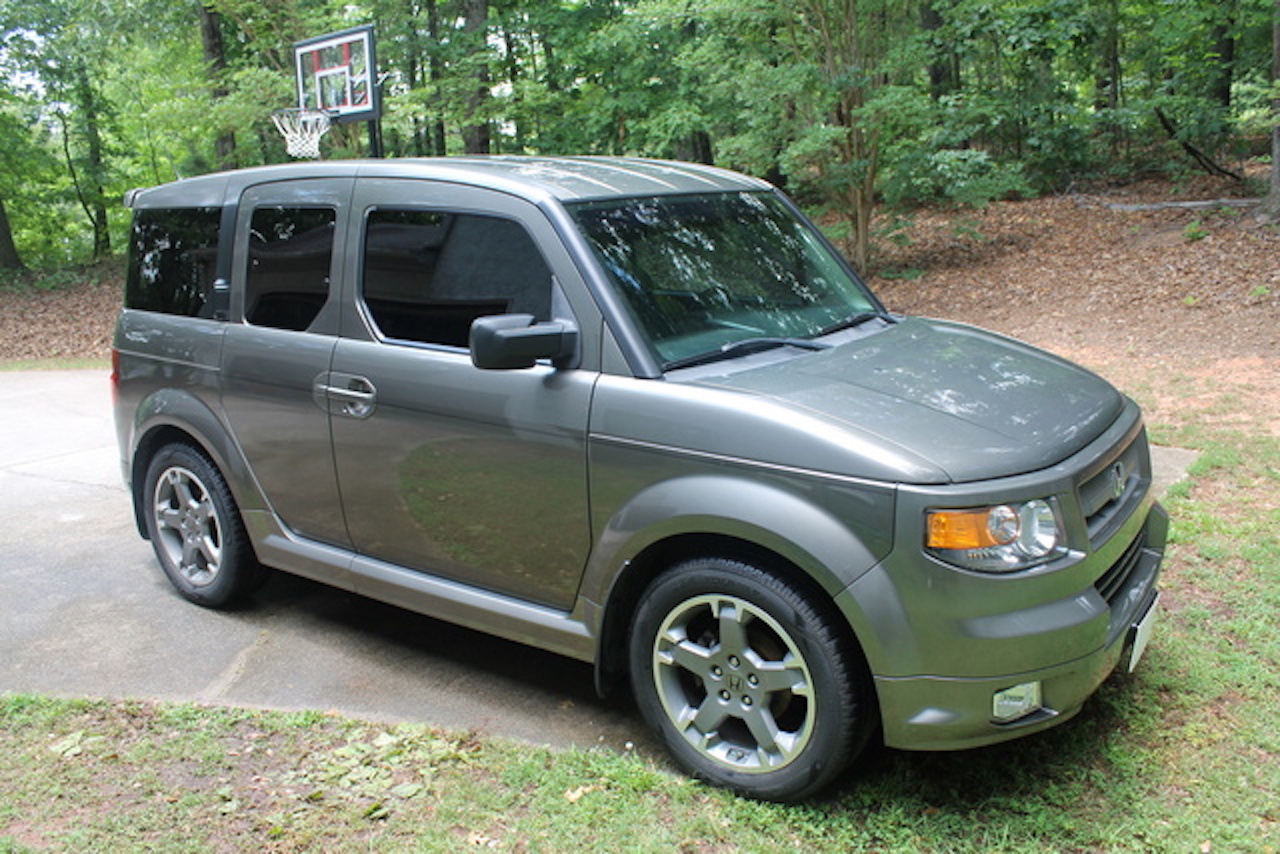 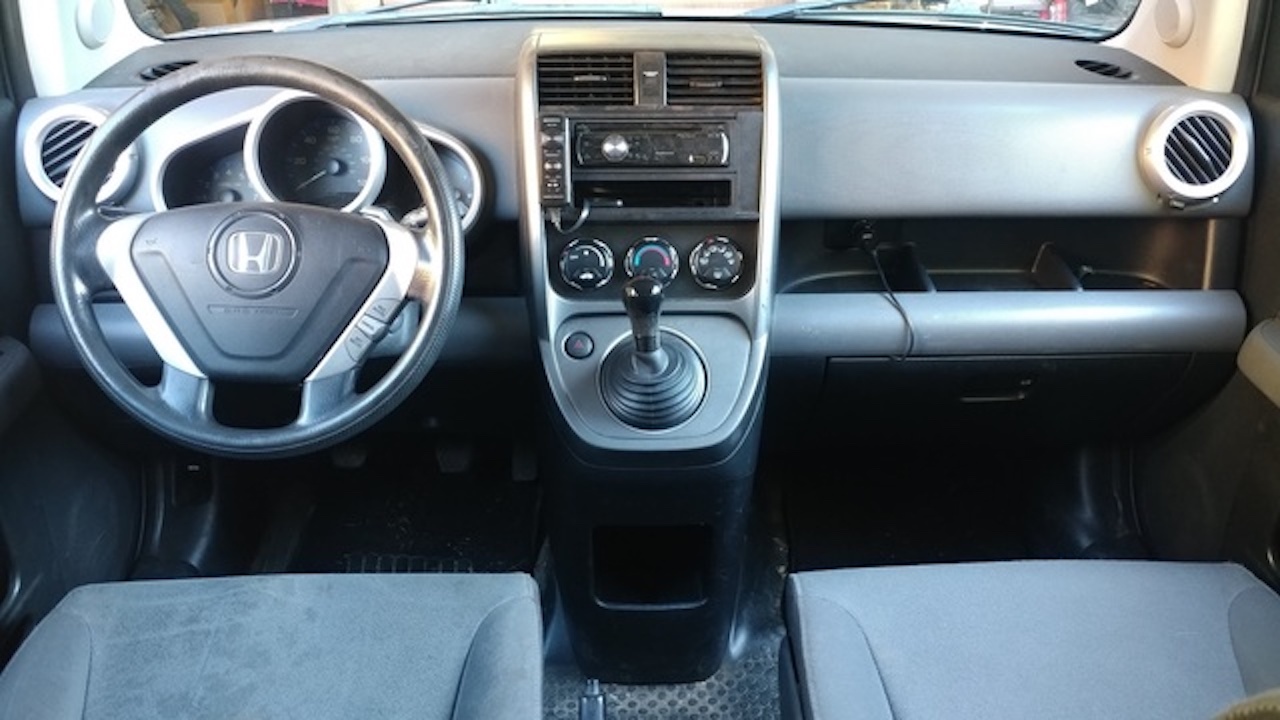 The Element has the same 2.4-L DOHC four cylinder found in the CR-V, making 166 hp, tied to a five-speed automatic or a manual gearbox. Some come with the optional all-wheel-drive system. Owners complained of multiple cracked windshields, a common gripe attributed to the upright glass – and an improperly designed mounting flange. Other issues include malfunctioning power door locks and ignition switches, faulty air conditioners and soft brake pedals.