We’ve identified seven new 2017 models that have a less-than-stellar reliability record, based on late-model owner feedback and some industry intelligence.

“There’s no such thing as a bad car anymore.” Yikes. If we had a dollar every time a sales representative told us that, we’d have enough money for a good Kobe steak dinner. In Kobe, Japan.

The statement, customarily uttered just as the pen makes contact with the sales contract, is supposed to allay the fears of automobile buyers parting with their hard-earned money. It’s intended to quash any impending feelings of buyer’s remorse or sleepless nights. What could possibly go wrong?

Truth is, some cars and trucks are compromised by half-baked technology and badly made components. The race to build ever more efficient and advanced models compels the industry to adopt overly complex transmissions and turbocharged engines that don’t always prove to be durable.

We’ve identified seven new 2017 models that have a less-than-stellar reliability record, based on late-model owner feedback and some industry intelligence. New models are sometimes a work in progress, so it’s best to avoid the ones that are setting off alarm bells. 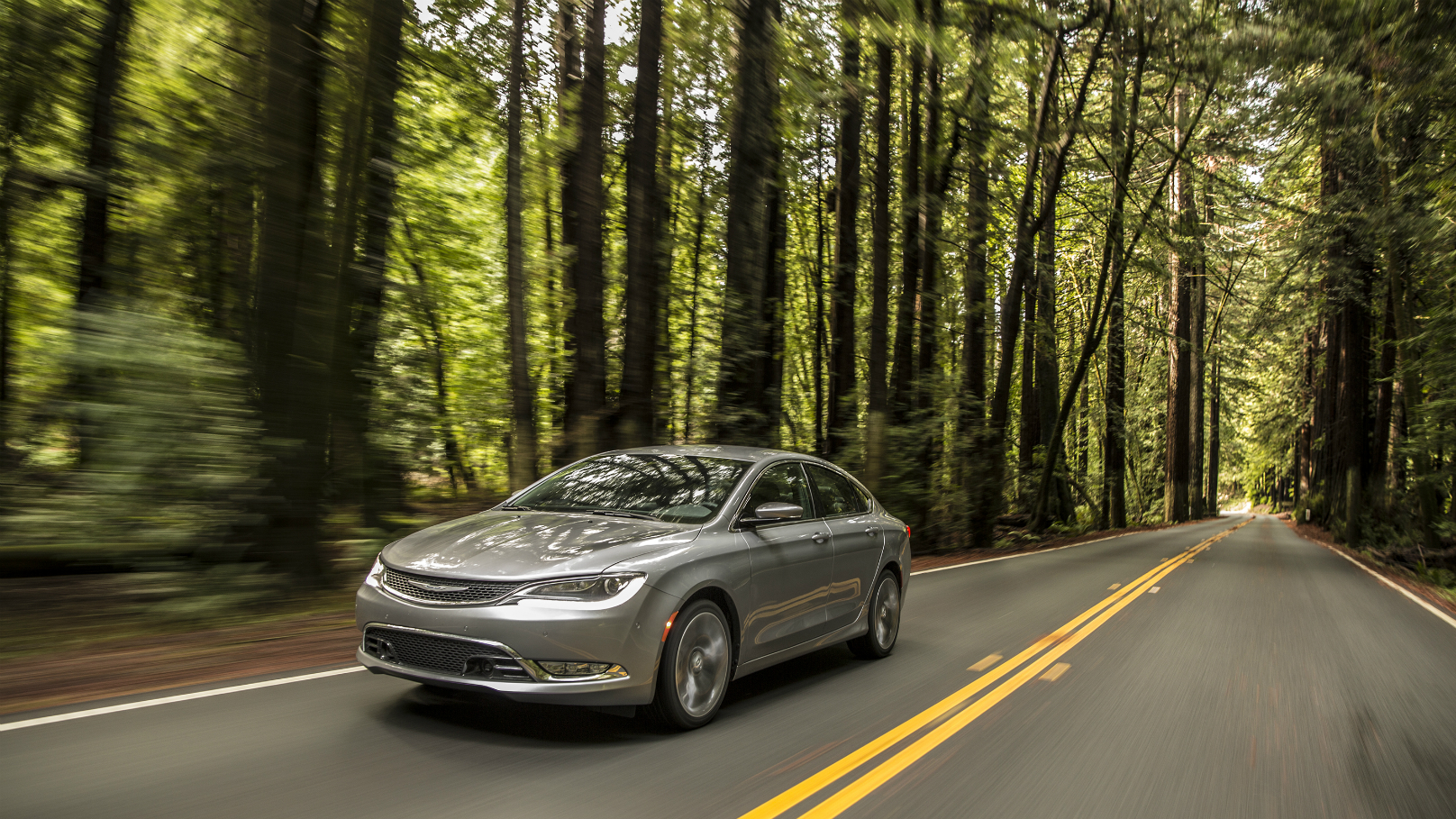 Chrysler’s contender in the mid-size sedan category is a nice looker, but the swoopy lines conceal a dog’s breakfast of borrowed components that don’t always work very well together. The 200 utilizes a platform derived from the Alfa Romeo Giulietta, a car that seems destined to uphold the “Fix It Again Tony” notoriety of Italian autos.

With rear seating that’s cramped and made worse by poor entry and egress, not to mention a smallish trunk, the 200 does not always make friends easily. Worse than that, it’s plagued by mysteriously stalling engines and a nine-speed ZF transmission that shifts harshly and is known to fail altogether. Not surprisingly, depreciation has fallen off a cliff. 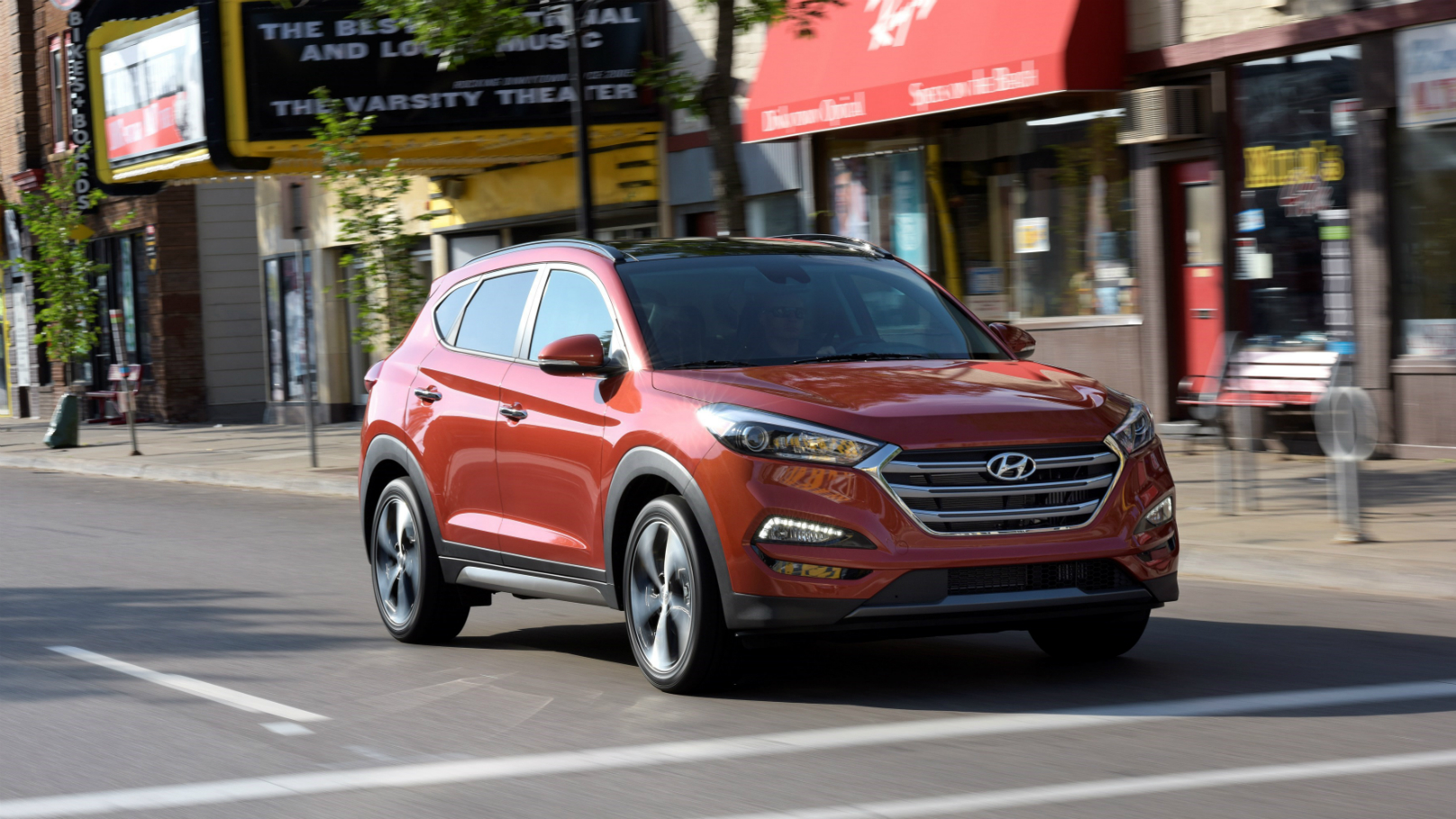 There’s lots to like about Hyundai’s entry-level Tucson compact sport-ute, especially since its handsome redesign for 2016, which brought a bigger cabin, better seating, added cargo room and more technology and refinement. The Tucson’s high-tech arsenal is up-to-the-minute, so consumers aren’t left pining for any gadgets offered by competitors in the hotly contested cute-ute segment.

However, in its haste to deliver more sophistication, Hyundai introduced a 175-hp 1.6-L turbocharged four-cylinder engine to the model lineup. The engine isn’t bad, but it’s the seven-speed dual-clutch automated transmission that it comes bundled with that’s got owners frothy. The complex gearbox presents an assortment of problems, including dangerous hesitation in traffic, lurching, overheating and outright mechanical failure.

Dealers have tried various fixes – usually software upgrades – but problems persist with the dual-clutch transmission. Hyundai provides a five-year warranty, but that doesn’t assuage buyers if their car is in the shop frequently. Should you fancy the Tucson, get the pedestrian 2.0-L four-cylinder engine tied to the conventional six-speed automatic. Not only is the base engine more affordable, but it’s a proven, reliable powertrain. 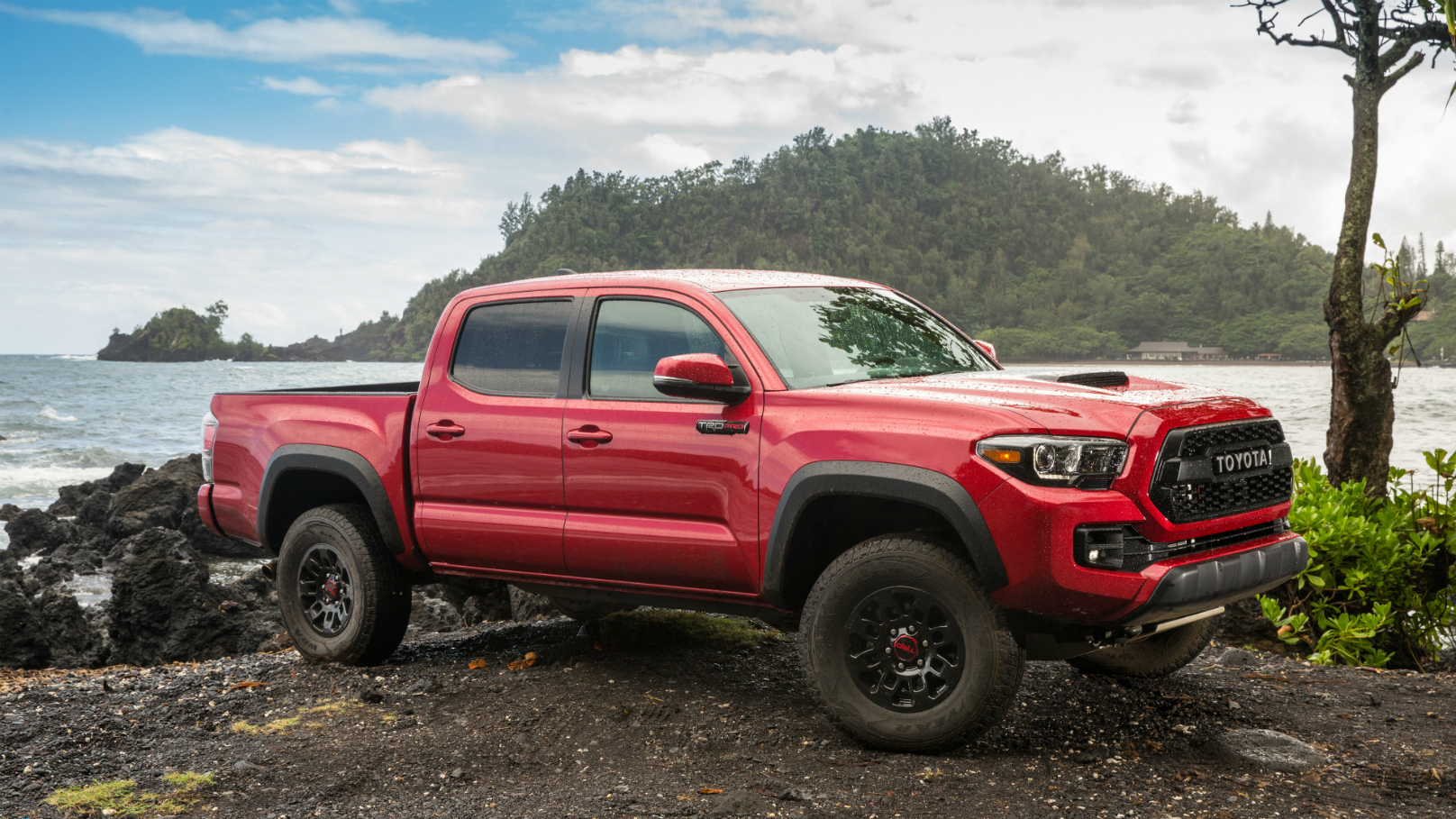 The Toyota Tacoma compact pickup is the spiritual descendant of the Hilux truck that’s been an exemplary beast of burden the world over. Its hardscrabble reputation is the stuff of legend. The BBC’s Top Gear placed a battered example on top of a high-rise building that was then dynamited to the ground; they sifted through the rubble to find the Toyota, reconnected the battery and it chugged to life.

When it was reskinned for 2016 the Tacoma received a bunch of mechanical updates, including a new 278-hp 3.5-L V6 that uses a combination of direct and port fuel injection to allow the engine to toggle between Atkinson and Otto combustion cycles to save fuel (the base 159-hp 2.7-L four banger is still available). The Taco supposedly retained its storied robustness and towing capacity, but owners uncovered problems.

The too-clever V6, combined with the six-speed automatic, continually bogs down and lugs as the tranny seeks the highest gear to save gas, owners report. The erratic shifting, along with uncharacteristic engine vibration, has disappointed many. In addition, drivers have been reporting troublesome rear differentials. Toyota is recalling about 228,000 2016 and 2017 Tacomas for faulty rear axles, which may leak oil from the differential cover and seize. 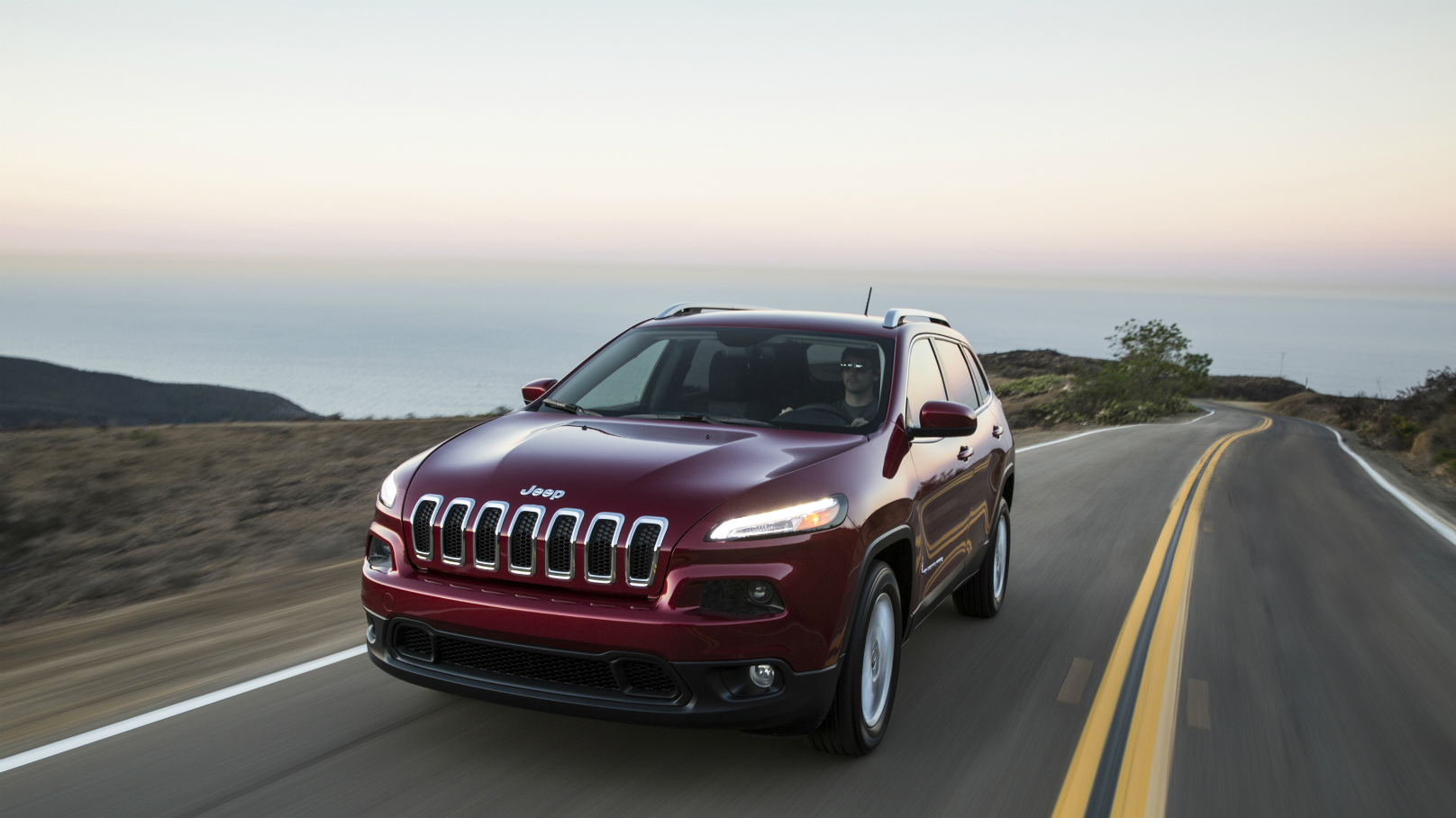 This compact and affordable sport-ute that trades on the time-honoured Cherokee name (which last bowed out in 2001) offers Jetsons’ styling, a spacious cabin, pleasant ride, good all-terrain capability and a smooth, optional 3.2-L V6 engine. At first glance it seems to check all the boxes for buyers, but it’s the discordant amalgam of Chrysler and Fiat components that makes the Cherokee a shaky choice.

Built on the same front-drive platform architecture as the doomed Dodge Dart sedan and European-market Alfa Romeo Giulietta, the technology appears to have lost something in the translation. Foremost, the German-designed nine-speed automatic transmission has been frustrating owners with its erratic, clunky shifts and poor reliability. Dealers have been doling out software reflashes like candy, but it doesn’t always take.

The Fiat-sourced four-cylinder engine is sluggish, barely fuel-efficient and may be prone to losing oil. Add to this the ongoing drama with mysterious engine shutdowns, often at speed, as well as myriad electrical issues, and the Cherokee represents a potentially unhappy ownership experience that has seen lots of motorists trade in their Cherokees early. This Jeep is not cheap to keep. 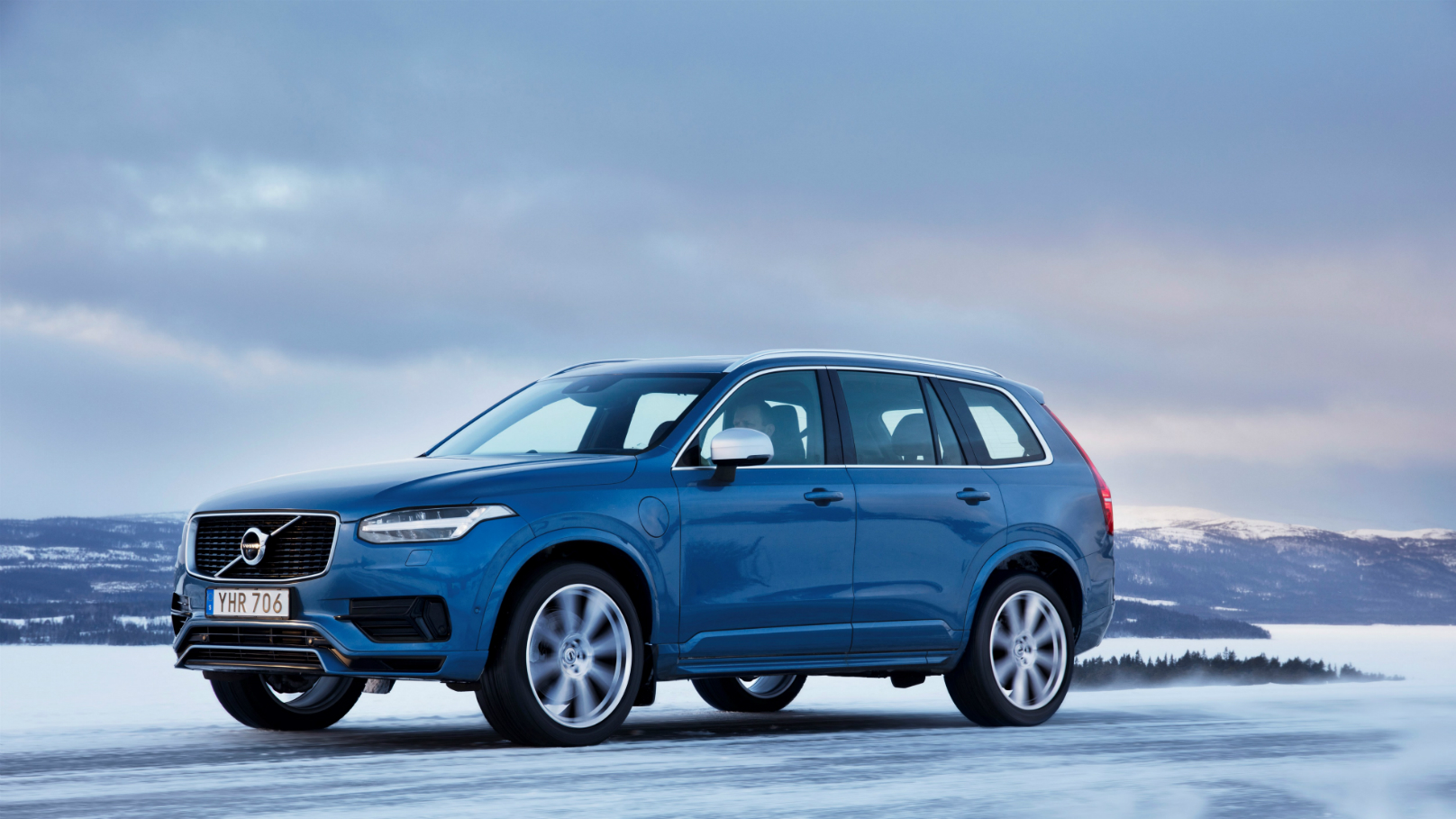 Strapped for cash, Volvo kept its first sport utility, the XC90, in production for 13 long model years with the requisite cosmetic tweaks and equipment upgrades. After the automaker’s sale to Geely, a Chinese truck manufacturer with deep pockets, the second-gen model arrived for 2016 based on Volvo’s new Scalable Product Architecture platform, which rendered it longer, lower and wider than its predecessor.

The three-row wagon is powered by a 316-hp version of its new direct-injected 2.0-L four cylinder that uses both a turbocharger and a supercharger. By its nature, the supercharger provides immediate off-the-line boost, then the turbocharger takes over above 3500 rpm. Despite the complicated plumbing, the wee motor works as advertised, hauling the big XC90 to 97 km/h in about 6.5 seconds.

Unfortunately, owners have had to contend with countless electronic glitches, from non-operative instrument displays, to slipping transmissions to faulty door locks and air conditioners, and other electrical malfunctions. Most disconcertingly, the car’s automated braking system reportedly may activate at random, which could lead (ironically) to a collision. Best to avoid the new XC90 until Volvo debugs its overly complex technologies. 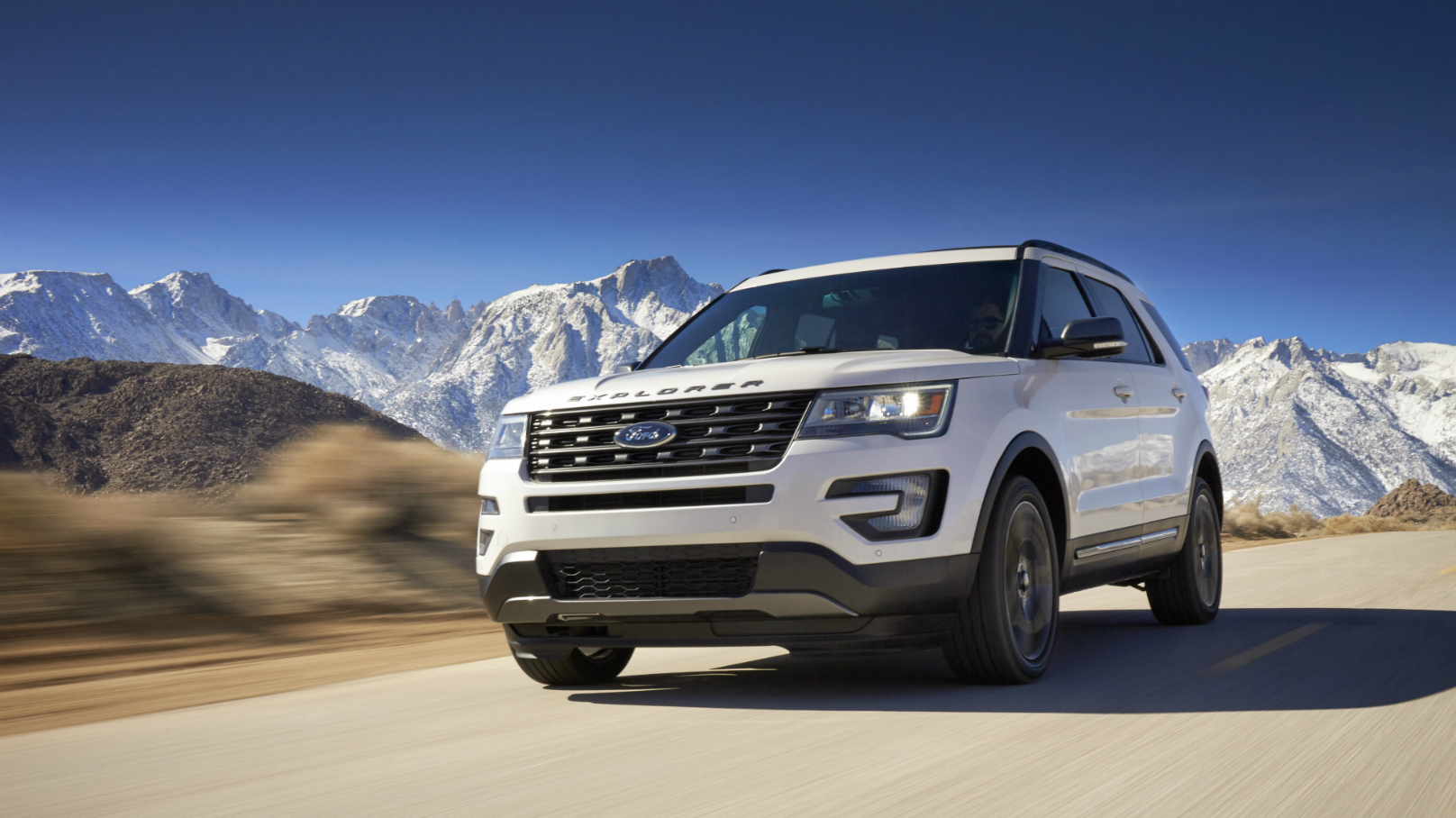 The Ford Explorer is as all-American as Levi’s jeans, rhythm and blues, and presidential impeachments. Last redesigned in 2011, it got a thorough reworking last year when it earned refreshed exterior styling (with a nod to Land Rover), interior revisions, high-tech safety gear and a new optional engine: a 2.3-L EcoBoost turbo four-cylinder, good for 270 horses.

Ford’s big, three-row crossover with seating for up to seven occupants isn’t nearly as space efficient as the Chevrolet Traverse or Honda Pilot – or any minivan on the market. Still, it trades on its familiar nameplate and perceived reputation that, unfortunately, took a hit with the previous generation when it was plagued by faulty automatic transmissions.

Owners of 2016 and 2017 Explorers complain about suddenly losing power while driving, sometimes on crowded expressways, as the engine reverts to “limp home” mode and a wrench symbol appears on the dash display. The electronic throttle body is being blamed for the frustrating fault, which can occur in models just weeks old. Drivers are also reporting exhaust fumes inside the cabin. 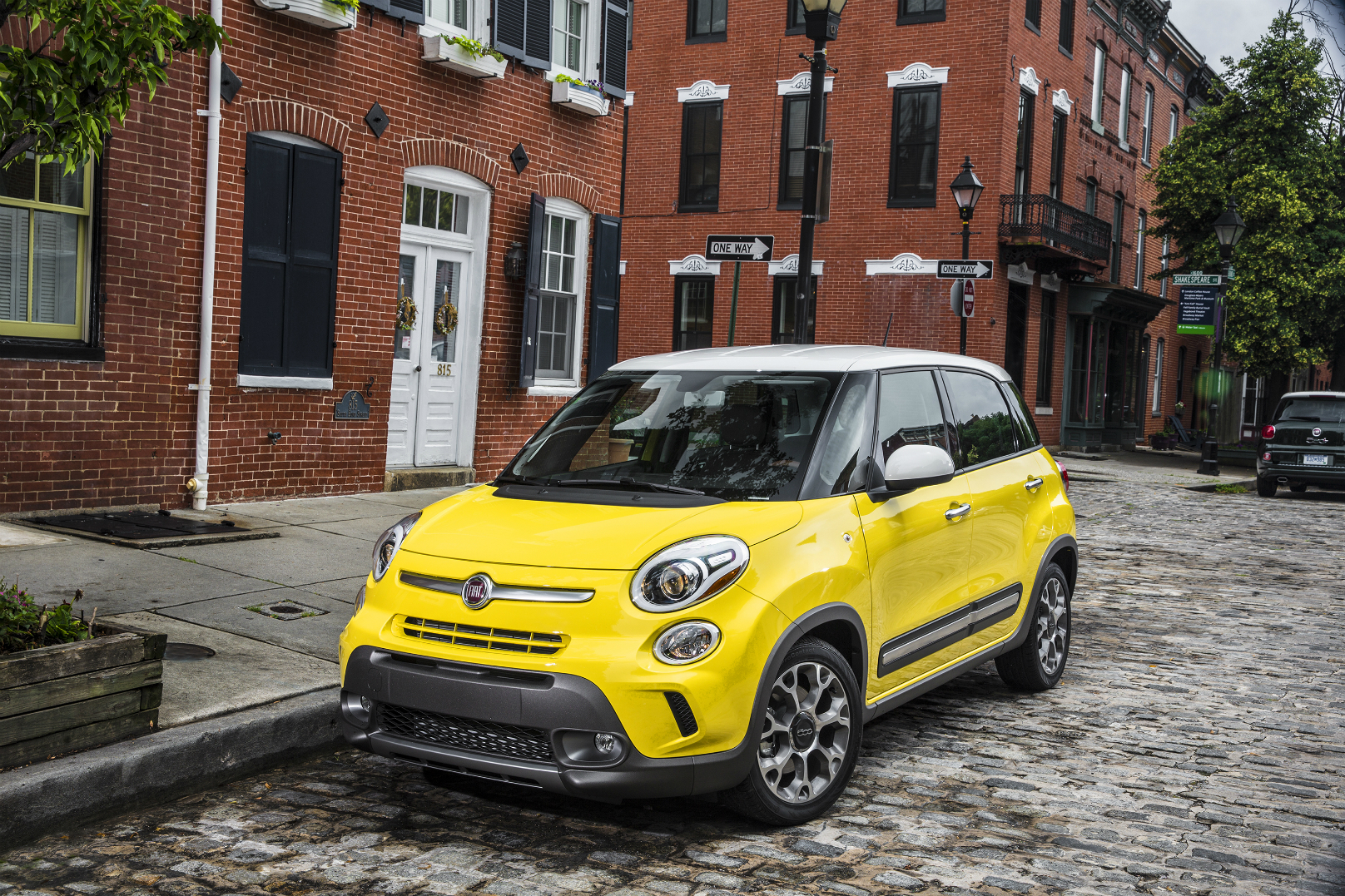 While interminably cute cars always seem to find an audience, Fiat still has a challenge convincing older Canadians that it is not the same automaker that ingloriously fled North America in 1983, leaving its customers without warranty coverage. Consider that today’s Fiat lives in the basement of J.D. Power’s dependability study with a score of 298 reported problems per 100 vehicles (averaging three per car).

A case in point is the chubby 500L, a proper five-door hatchback with room for five adults. The Serbian-built car rides on a unique platform, but it uses some familiar Fiat components, including a 160-hp, 1.4-L turbocharged four cylinder and, at launch, two transmissions: a six-speed manual and a six-speed dual-clutch automatic.

That latter transmission has been plagued with problems, say owners, including burning clutches, locking gears and a penchant for shutting down completely. Even the manual gearbox was criticized for its fast-wearing friction material and pressure plates. Fiat wisely replaced the dual-clutch transmission with a conventional six-speed automatic supplied by Aisin (a Toyota subsidiary) on new models. However, electrical faults are common and the little turbo engine can overheat, owners report.

Seven Most Reliable Buys for 2017