Used to be that in the rarefied air of elite collectors’ auctions, classic cars from Japan barely raised any eyebrows, never mind raised bids.

Consider the record bid for an Italian car is $48.4 million (US), $31 million for a German auto and $22 million for an American model – compared to a measly $1.75 million for the rotary-powered Mazda 767B Le Mans racer.

Aside from a scant few sporty models, such as the 1960s-era Toyota 2000GT and Mazda Cosmo 110S, Japanese cars have been largely dismissed as collectible. Significant production vehicles often sold in volume – the Datsun 240Z was the world’s bestselling sports car of its time – which kept prices from reaching the stratosphere.

But collecting is all about happy memories. While Baby Boomers cherish split-window Chevrolet Corvettes and early Ford Mustangs, their kids remember being driven to school in low-slung Toyotas, Nissans and Hondas with pop-up headlights. For them, some Japanese cars of the 1980s and 1990s have become aspirational.

Japan’s automakers are finally getting some respect and attention from auction-goers, prompting Toyota to resurrect its Supra nameplate and Nissan to unveil its 370Z 50th Anniversary Edition with BRE racing colours in New York, where the original Datsun 240Z debuted exactly half a century ago.

“It’s an exciting time for people who are interested in classic Japanese cars,” says Michael Kent, principal of RightDrive Inc., a specialty importer of right-hand-drive Japanese vehicles in Pickering, Ontario.

“America owned the market in the 1970s, European automakers came to the fore in the 1980s, and I would say that from 1989 to 1999 Japanese manufacturers were the source of the most interesting and creative cars complete with twin-turbo engines, all-wheel drive and all-wheel steering.”

Today these overachieving Japanese models remain reasonably affordable and attainable even by homeowners tied down with a mortgage. The single biggest challenge, however, is supply.

Because Japanese cars were considered relatively disposable compared to expensive European models, few were put away in hermetically sealed containers. They lived out their lives on Canada’s slushy streets and often ended up in the crusher.

That’s where Kent comes in. Rust is a formidable problem for old cars, Japanese or otherwise. But he has a reliable source when customers come calling for a particular model: Kent locates them in Japan.

“The climate is moderate with a 30-degree variation in the temperature, compared to Canada’s 60-degree range, so Japan’s cars enjoy a long life there,” he says. The exception is northern Japan, where vehicles may see some snow.

“Where there might be five Datsun 510s for sale in Canada at any one time, there may be 100 of them on offer in Japan,” he says. The catch? The steering wheel is on the right-hand side, thanks in part to Japan’s short-lived alliance with the United Kingdom at the turn of the last century.

Kent insists it’s not hard to adapt to a right-hand-drive car in a left-hand-drive world, pointing out the hundreds of right-hand-drive Japanese vehicles he’s sold to rural Canada Post carriers – many of them older women – who deliver mail to roadside mailboxes.

Whether left- or right-hand drive, Kent recommends some appealing Japanese cars you can find in North America or overseas. The emphasis is on fairly recent models that had a fighting chance against rust, and we’re skipping the pricey Japanese supercars like the Toyota Supra Turbo and aluminum-body Acura NSX.

Count your lunch money and check out these fun and reliable models. 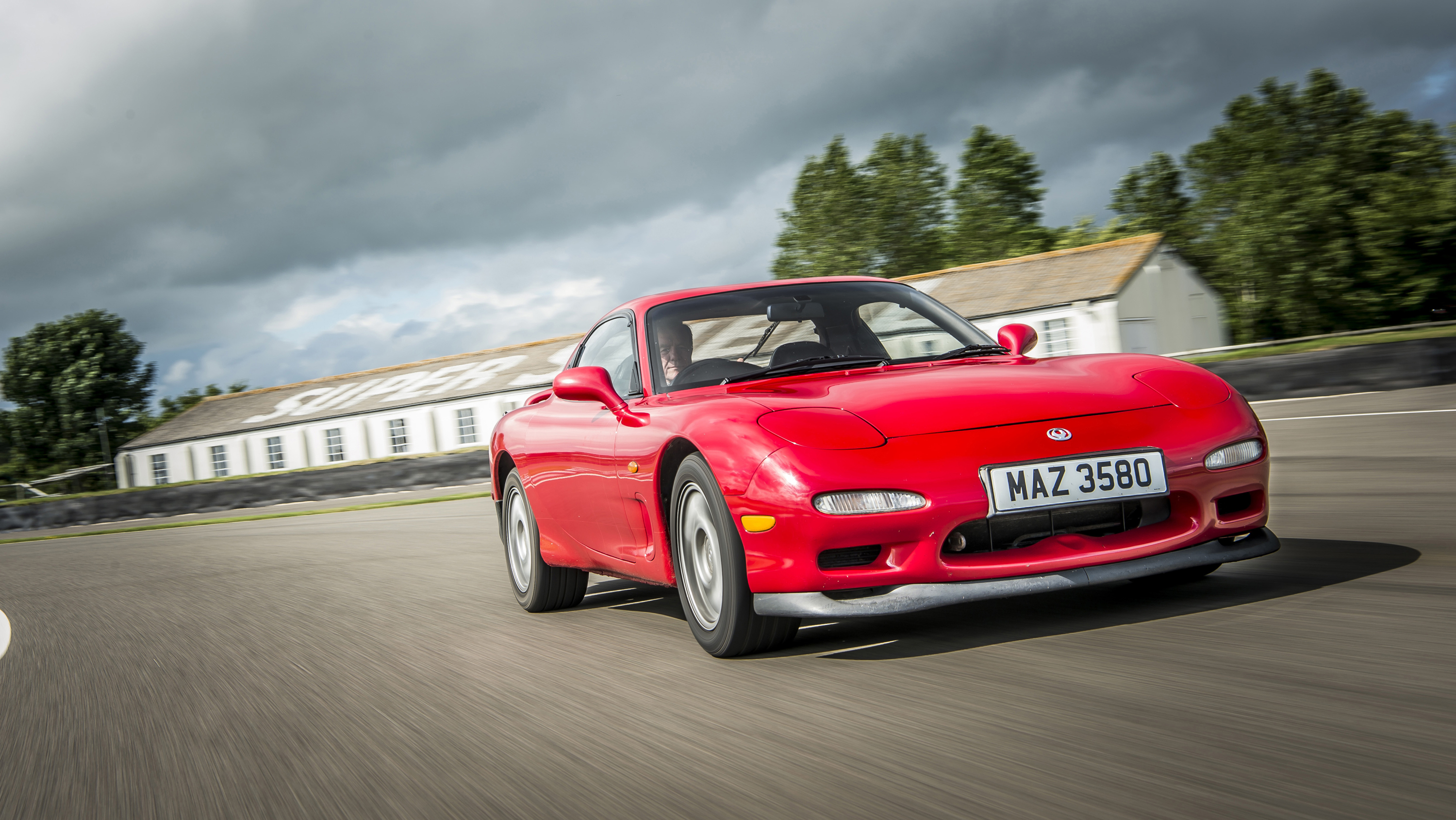 Mazda had bet the farm on Felix Wankel’s rotary engine and eventually limited the unique powerplant to one sporty application: the RX-7. The third generation (FD) is considered Mazda’s purest effort, thanks to a fanatical obsession with weight savings (first seen in the Miata roadster) and a high-performance 1.3-L twin-rotor Wankel with sequential turbos to cover the engine’s torque range adequately.

The beer-keg-shaped engine churned out 255 hp to propel a 1300-kg coupe. Zero to 97 km/h came up in 5 seconds flat, and its massive disc brakes hauled the lightweight back to zero rapidly and without drama. The RX-7 displayed perhaps the sharpest steering reflexes of any street car at the time.

Sadly, the market for two-seater sports cars shrank rapidly in North America, and Mazda was forced to terminate sales, although the FD continued to wow buyers in other parts of the world for several more years. 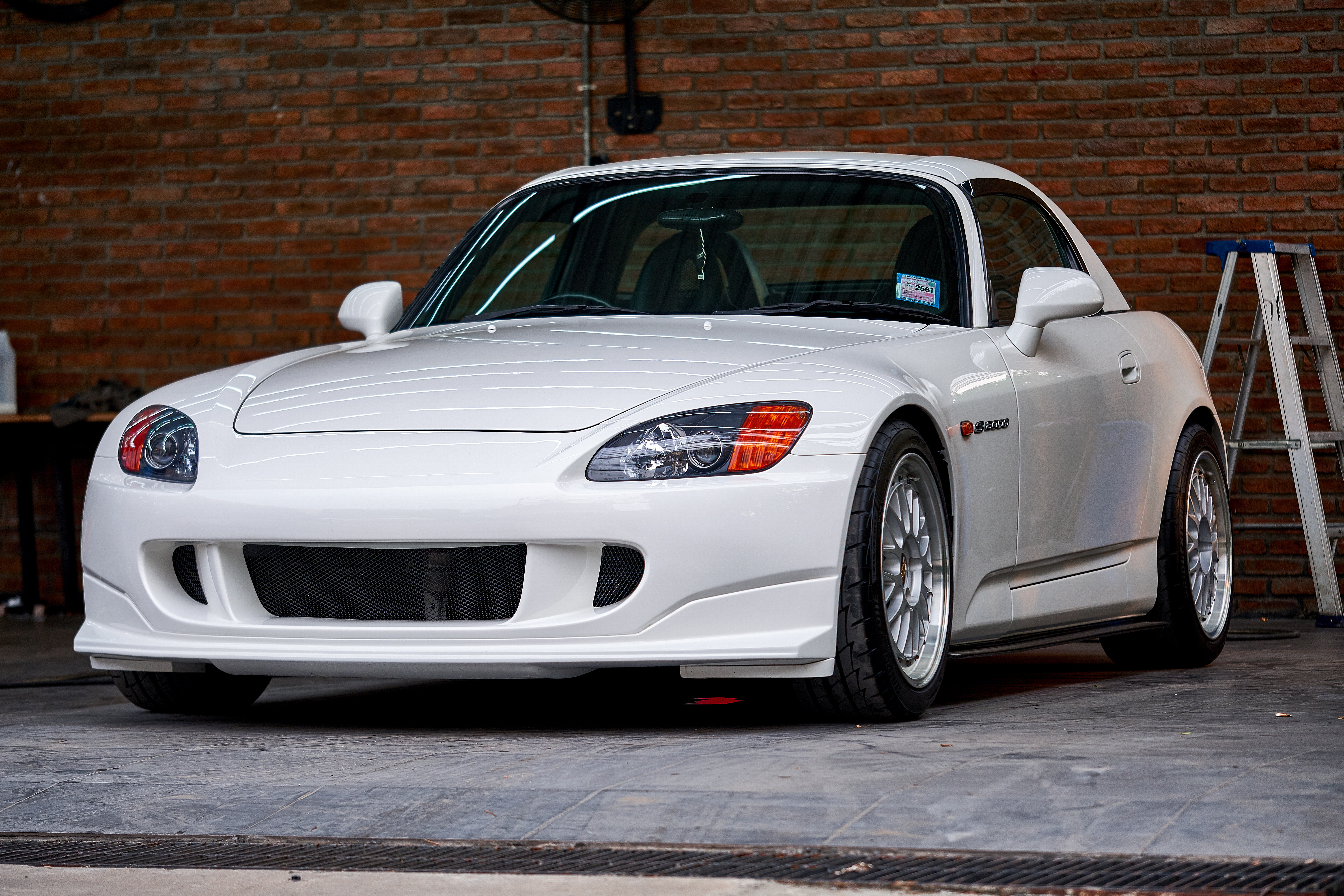 Introduced in 1999 as a 50th anniversary gift to itself, the S2000 is a rare Honda: it scorched its rear tires, not its fronts, with the aid of a hyperactive 2.0-L DOHC engine that generated 120 hp per litre without the aid of superchargers or turbos. It produced that power by spinning its hardened crankshaft at a motorcycle-like 8900 rpm.

Unfortunately, peak torque was just 153 lb-ft at a lofty 7500 rpm. For 2004, the engine’s stroke was lengthened – boosting displacement to 2.2 litres – which yielded more torque (162 lb-ft at 6500 rpm) and lowered the redline to a less frenetic 8000 rpm. The six-speed manual transmission is widely lauded one of the best anywhere, and there’s no automatic.

Other features include an x-bone monocoque frame and independent double-wishbone suspension. The cockpit offered just enough room for two average-sized adults and showed Honda’s usual attention to fit and finish. Owners note the soft top is susceptible to rips and the car has to be hand-washed. Watch for signs of premature clutch and tire wear. 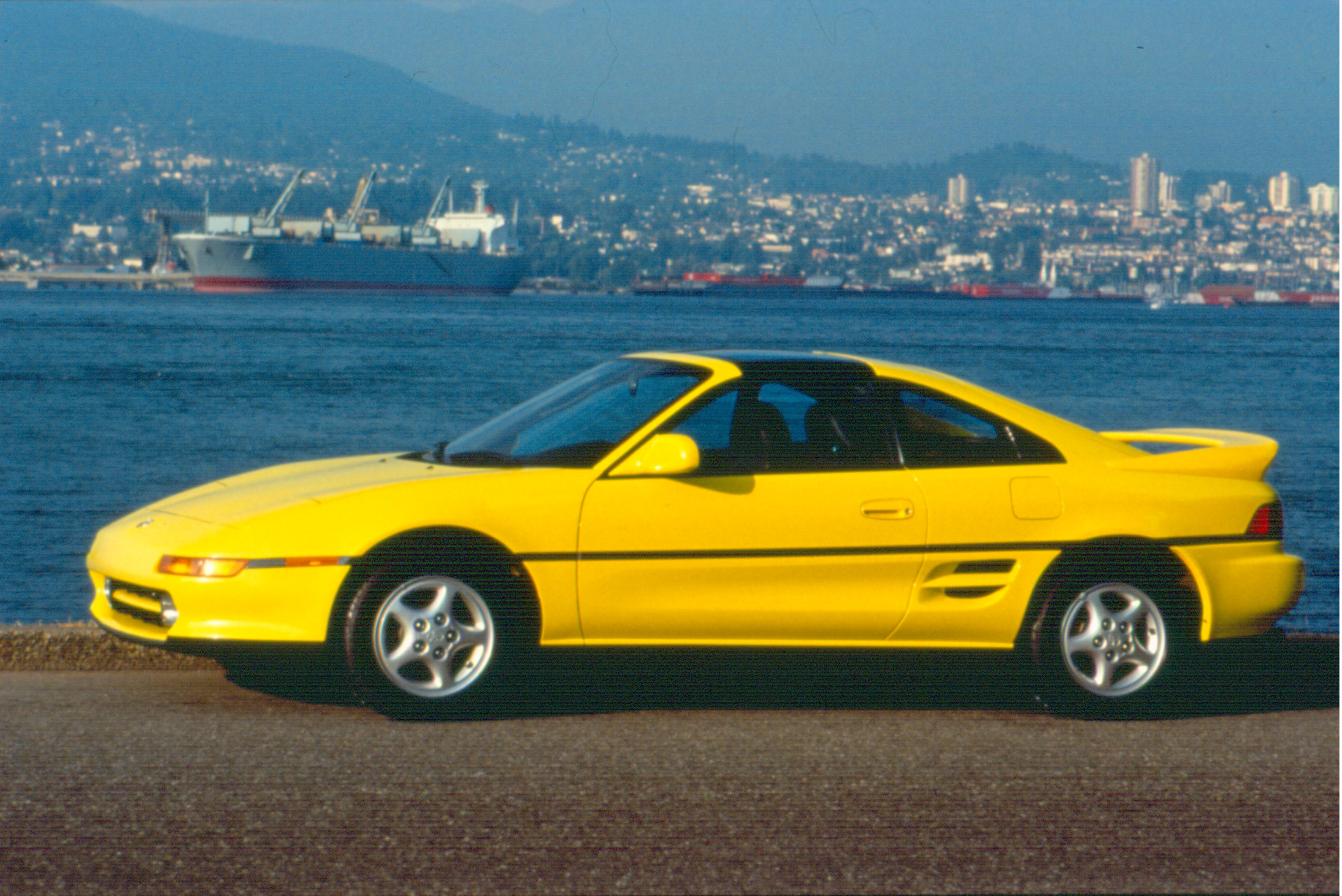 Given their technological complexity, there are few mid-engine cars around and really none that are affordable. Well, except for “Mister Two,” the surprising sports car from Toyota of all manufacturers. The second-generation MR2 debuted for the 1991 model year with soft curves replacing the previous crease-and-fold styling, but with a 180-kg weight gain attributed to the car’s larger dimensions and stouter build.

Naturally aspirated MR2s used a 2.2-L DOHC four cylinder lifted from the Celica GT-S with 130 horsepower on tap, while the Turbo model offered 200 horses, no waiting. The first cars exhibited some squirrelly handling, one British magazine proclaimed loudly, which sent engineers scrambling to modify the suspension components and lower the ride height to address “snap oversteer.”

Significantly, the MR2 found few takers in Canada and sales ended unceremoniously after 1993. It continued to sell in the U.S. until 1999, after which it was replaced by an ungainly looking third-generation MR2. If you’re looking for Mister Two, chances are you’ll have to expand your search south of the border. 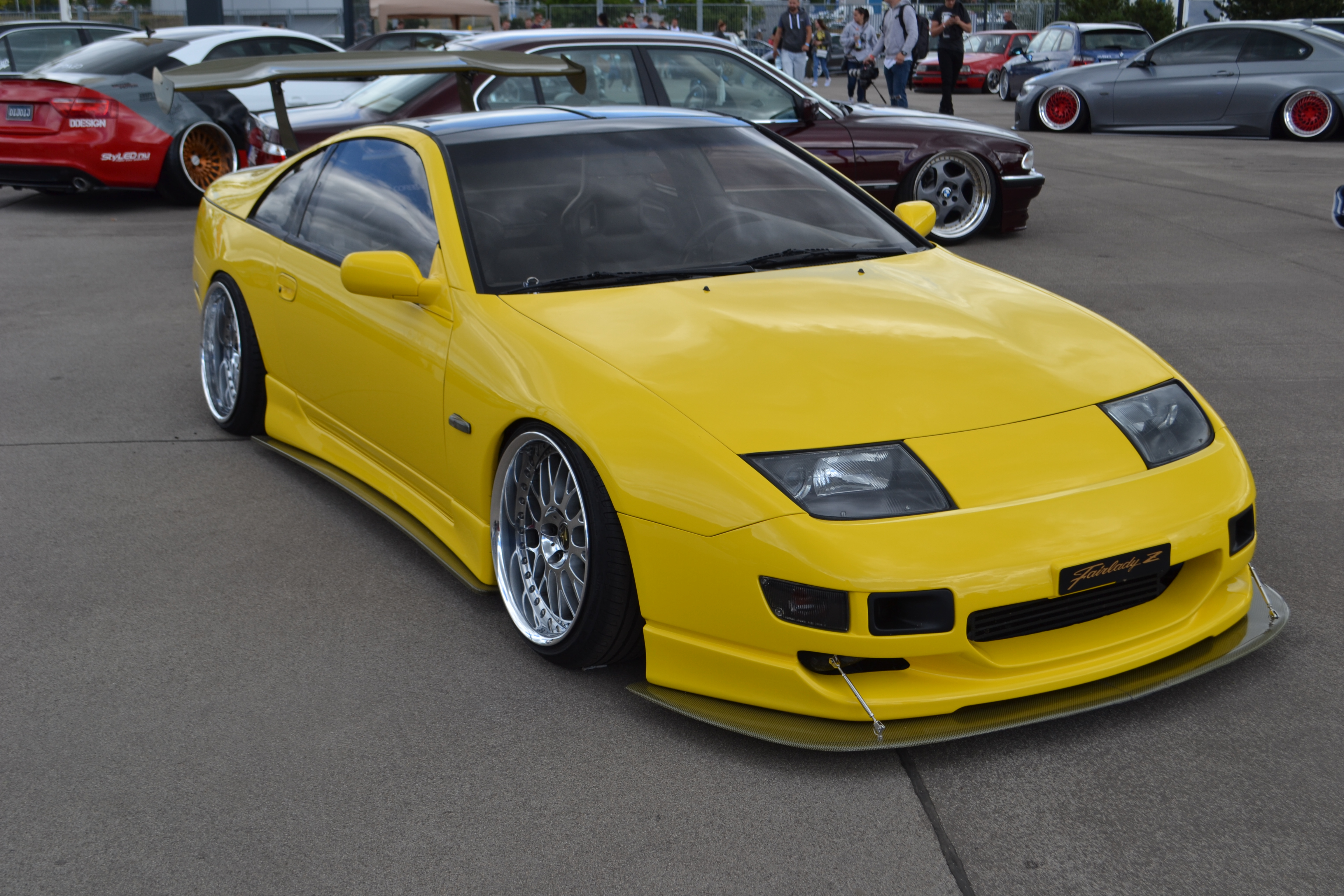 Just as the original Datsun 240Z had surprised the motor world in 1969, the Nissan 300ZX would reset enthusiasts’ expectations yet again. The sleek Z descendent has been called timeless, a cliched term but an accurate one because it drives like a thoroughly modern car to this day.

The Turbo came with Super HICAS four-wheel steering, which quickened steering response and improved cornering stability. The hatchback was available as a two-seater, a stretched 2+2 and as a convertible. Regardless of the configuration, the cockpit is pleasant and ergonomically correct, making it an ideal environment for Z pilots. 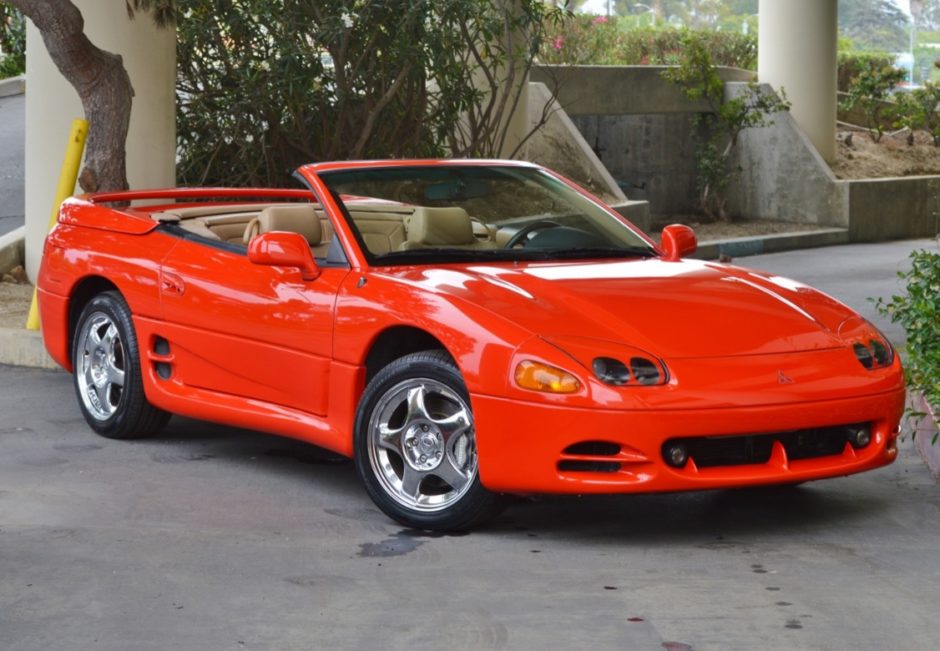 The 3000GT VR4 was Mitsubishi’s technological tour de force and a direct competitor to the Supra Turbo, Nissan 300ZX and Mazda RX-7 with its twin-turbo 3.0-L V6, which generated 320 horsepower, and was the only car of the bunch to feature all-wheel drive and all-wheel steering.

Mitsubishi didn’t have a dealer network in Canada until 2002, but that didn’t stop Canadians from sampling its cars thanks to Chrysler, which sold rebadged Mitsubishis since 1971. The rebranded Dodge Stealth was sold here until 1996, but VR4s were marketed in the U.S. until 1999. There are also ragtops and very rare Spyder hardtop convertibles modified by ASC.

The 3000GT and Stealth are a little corpulent, though, thanks to the AWD hardware and other tech-heavy doodads. Newer models were stripped of their servo motors to save weight and work a little more reliably. Because they never quite captured the attention of serious collectors, these cars are the discount buys on our list. 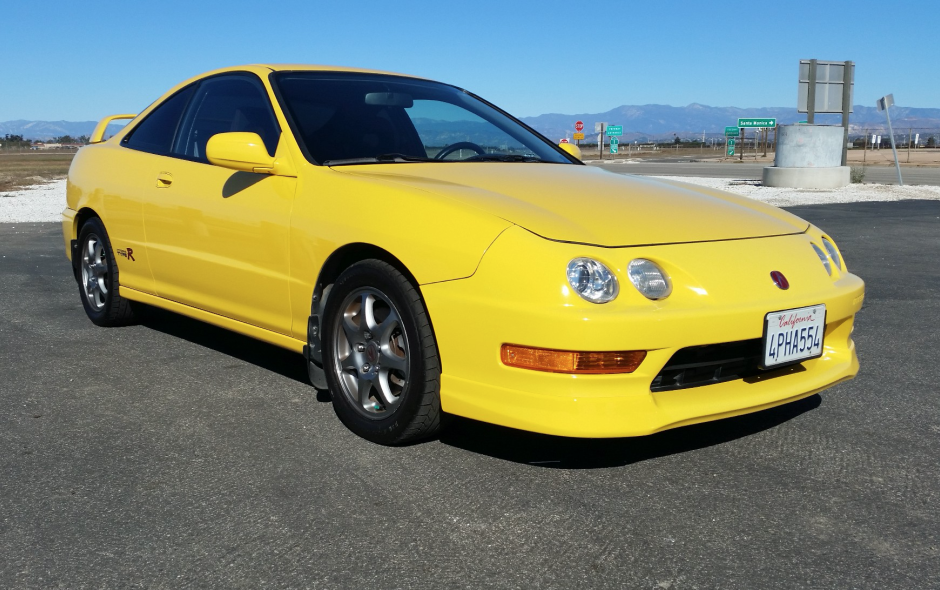 Before the SUV era, Acura sold a bunch of sporty cars, none more fetching than the Integra Type R. Reputed to be the best-handling front-wheel-drive car known to man, the Type R hatchback benefited from a tuned 195-hp 1.8-L VTEC four-cylinder engine, a reinforced chassis, lightened components and prominent rear wing.

Brimming with motorcycle DNA, the engine redlined at 8400 rpm and, fittingly, was only available with a close-ratio five-speed manual transmission. Marked with a red badge, the Integra Type R is appreciating rapidly thanks to Gen-Xers with money. One mint-condition example sold at a Barrett-Jackson auction for $63,800 US.

Another was recently “discovered” behind a false wall in a barn in New Brunswick, news that reverberated around the collector world. It is selling for $30,000 US. If the Type R is a little too rich for your blood, consider the more common 170-hp Integra GS-R, which offers 80 per cent of the fun at a fraction of the price. Always inspect for rust. 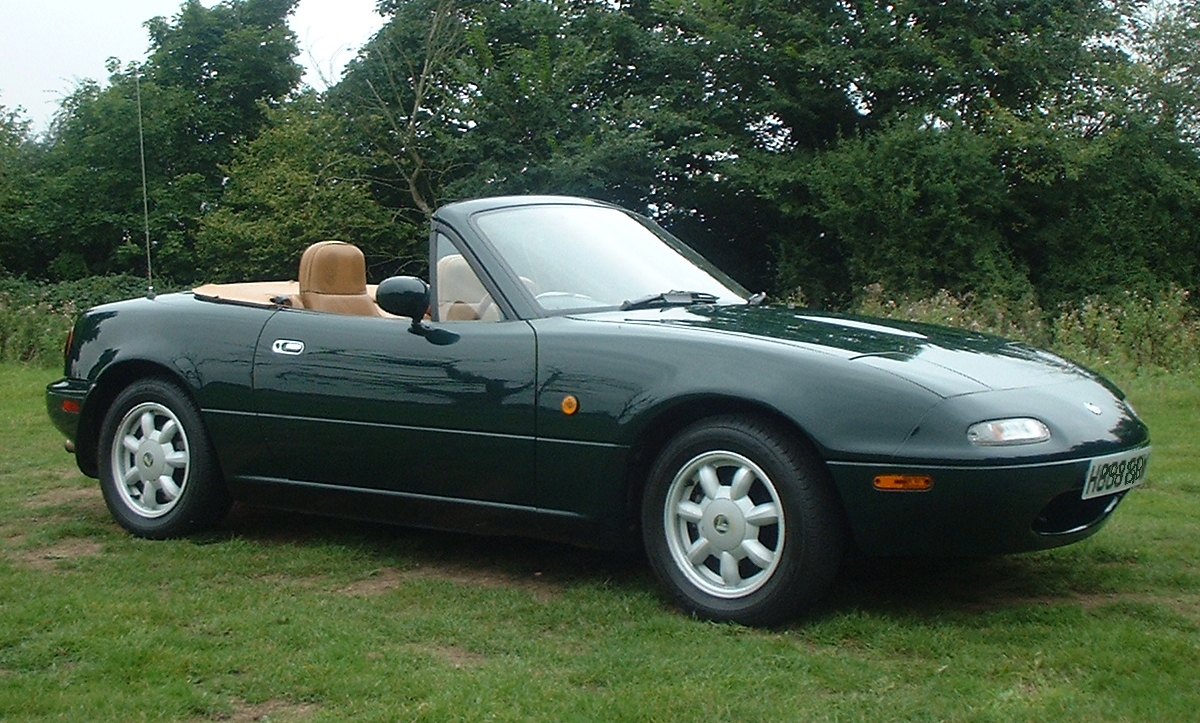 According to its legions of fans, the Mazda MX-5 Miata can plant smiles on faces that have not known automotive joy, offering a plausible cure for seasonal depression. When it arrived in late 1989, auto enthusiasts recognized it as a facsimile of the 1962 Lotus Elan, a sprightly roadster that had its heart in the right place, but failed miserably as reliable transportation.

Like the Elan, the Miata used a twin-cam 1.6-litre four cylinder, good for 116 hp and 100 lb-ft of torque. Not gargantuan numbers, but because the diminutive Miata weighed so little, it was enough to move the roadster with zest. Needless to say, it’s a sublime road handler, too.

The driver’s controls were flawlessly arrayed around a simple instrument panel, and a short-throw five-speed shifter fell readily at hand (a four-speed automatic was optional). A simple-to-operate manual top completed the cockpit neatly. Oh, and the headlights pop up and retract reliably.