Sedan Alternatives: 5 Hatchbacks That Should Not be Overlooked

Here we highlight some of our favourite hatches, which have a sedan sibling, under $25,000.

Sedan and hatchback offerings under the same nameplate are far from a new thing. This duality, though, used to be somewhat of an afterthought by automakers—maybe a mention on their brochure or website—especially as hatchbacks have come and gone for some.

These days, the hatchback side of the coin has grown impressively. Automakers have created space to speak about them as their own entities, better highlighting the added convenience that comes with this type of vehicle—cargo space that rivals compact SUVs, greater visibility and a better looking vehicle. (This is the only instance where looks are not subjective: hatchback beats sedan every. single. time.)

Here we highlight some of our favourite hatches, which have a sedan sibling, under $25,000. 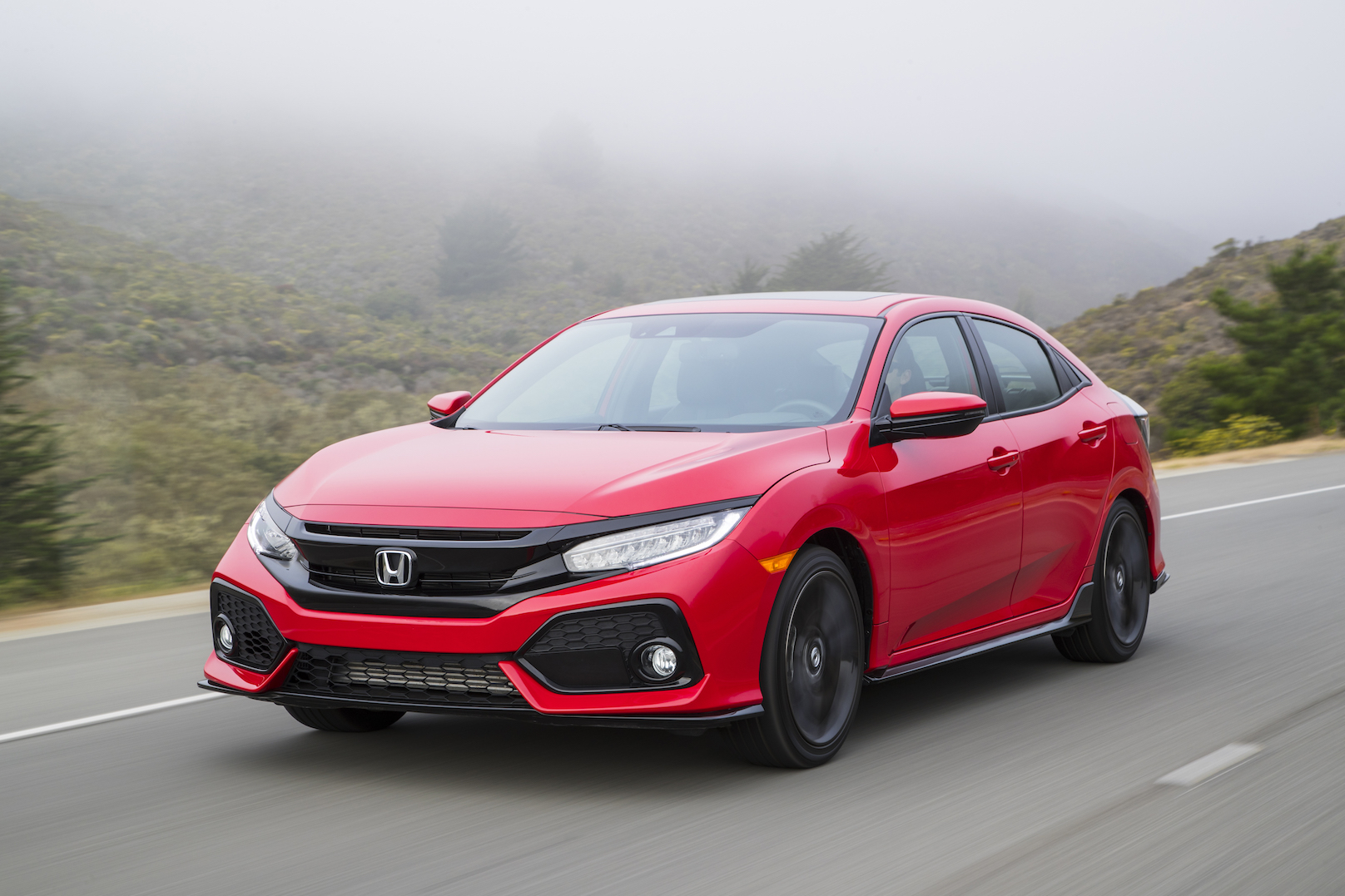 I may be the only person in Canada who hasn’t liked the Civic for the past decade. As the best-selling passenger car in the nation, buyers have flocked to the Civic for its reliability, affordability, and unwavering reputation.

This always baffled me. I was never a fan of its styling and visibility (or lack thereof), and felt other contenders were much stronger.

The updated Civic hatchback changes all of those thoughts. Firstly, it’s the sexiest a Civic has ever looked. The rear roofline spoiler and aggressive lines turn this former pedestrian model into a true head turner. And the ride quality is as good as it’s ever been—this hatch sticks to the ground with aplomb and provides great road feedback.

I’m still not a fan of Honda’s infotainment setup and controls, but I’ll gladly overlook that to drive this little rocket. 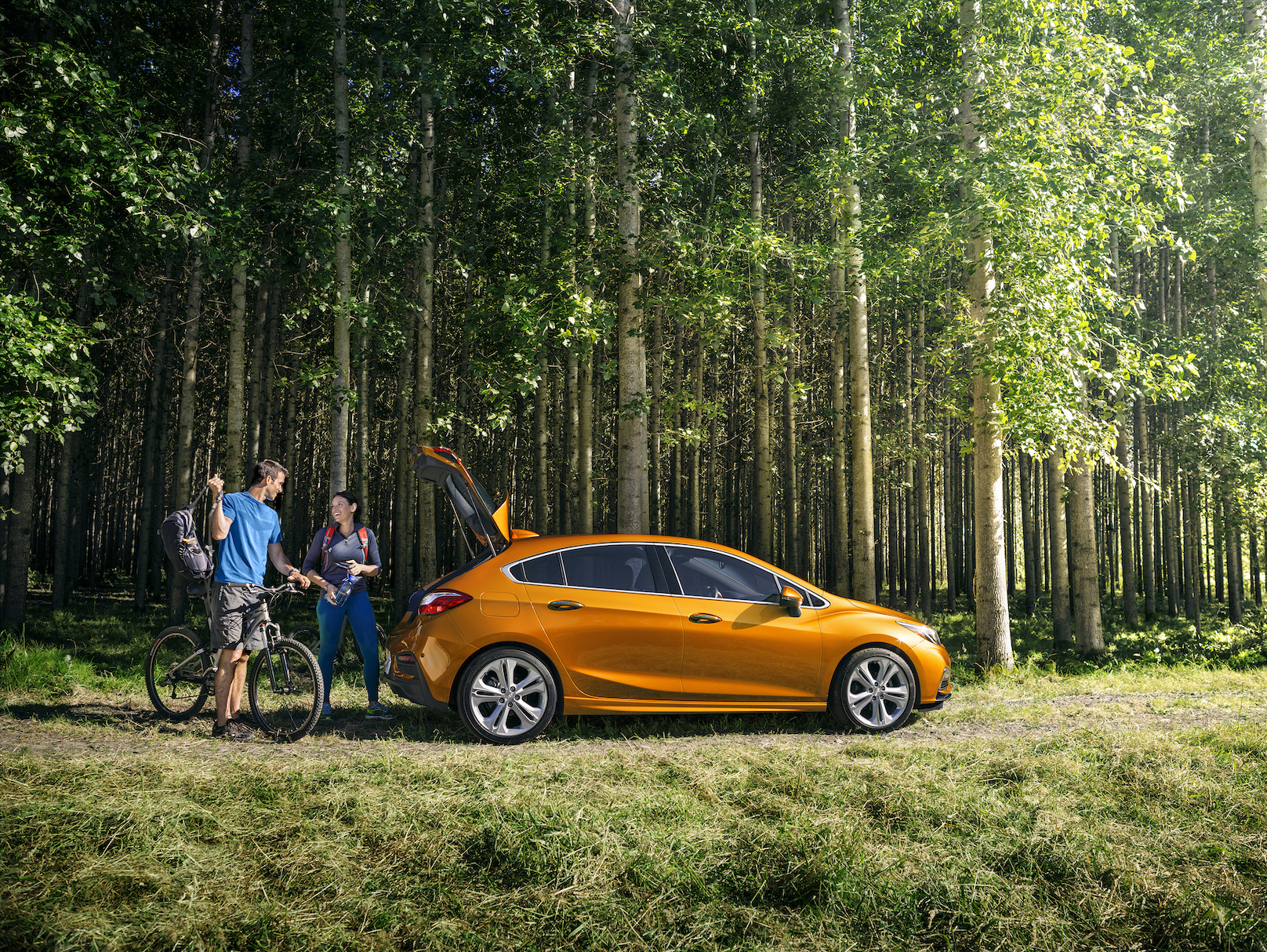 The Cruze hatchback has a diesel option. Do we need to say more?

Well, I guess so since that engine bumps the starting price by nearly 10K. But, it’s nice to know it’s available, right?

Stepping back down to the standard turbo gas engine keeps our wallets a little happier. Surprisingly, it stands on its own next to the Mazda3—one of the sportiest rides on this list—for driving quality.

Inside, Chevy has quietly created one of the sleekest, easiest-to-understand infotainment consoles that adds a level of peace to the cabin. It truly makes day-to-day rides a little saner when everything is placed where you expect, and operates as you would assume. 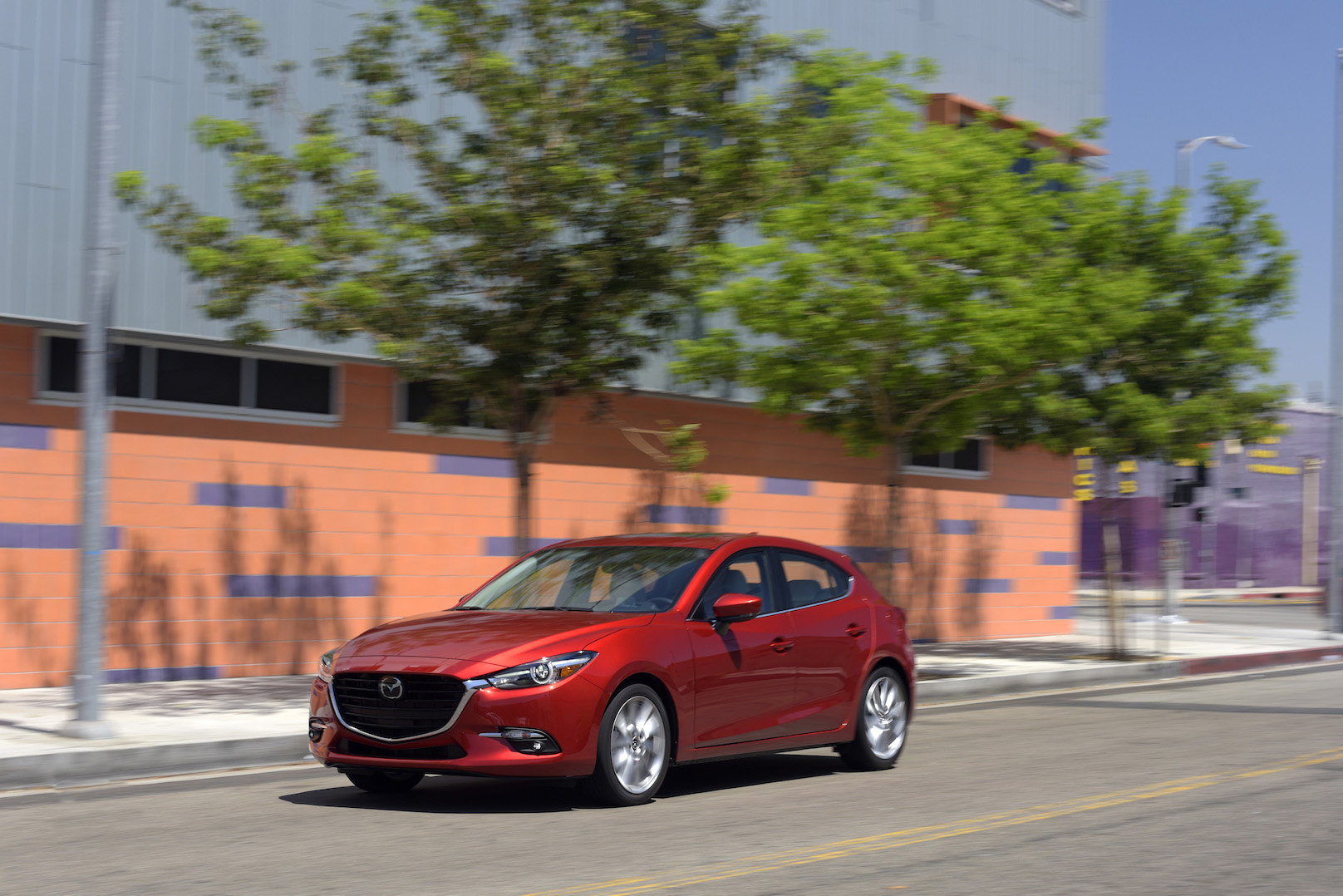 The competition is creeping up, but I still think Mazda3 has the best ride quality of all the vehicles on this list. There certainly is an argument to be made on how others might outdo the 3 in this category, but I love its tight steering and peppiness around curves. It’s the one I feel most connects driver to car.

Mazda is sticking to its main dial-on-the-centre-stack by the gear shift to control nearly everything on its screen—a design language that I think every automaker needs to revisit. I don’t hate it, but there’s a simpler way to lay things out (see: Chevy, Kia) and this wheel doesn’t necessarily need reinventing.

That said, the interior is sharp and matches the slick styling cues from its exterior. 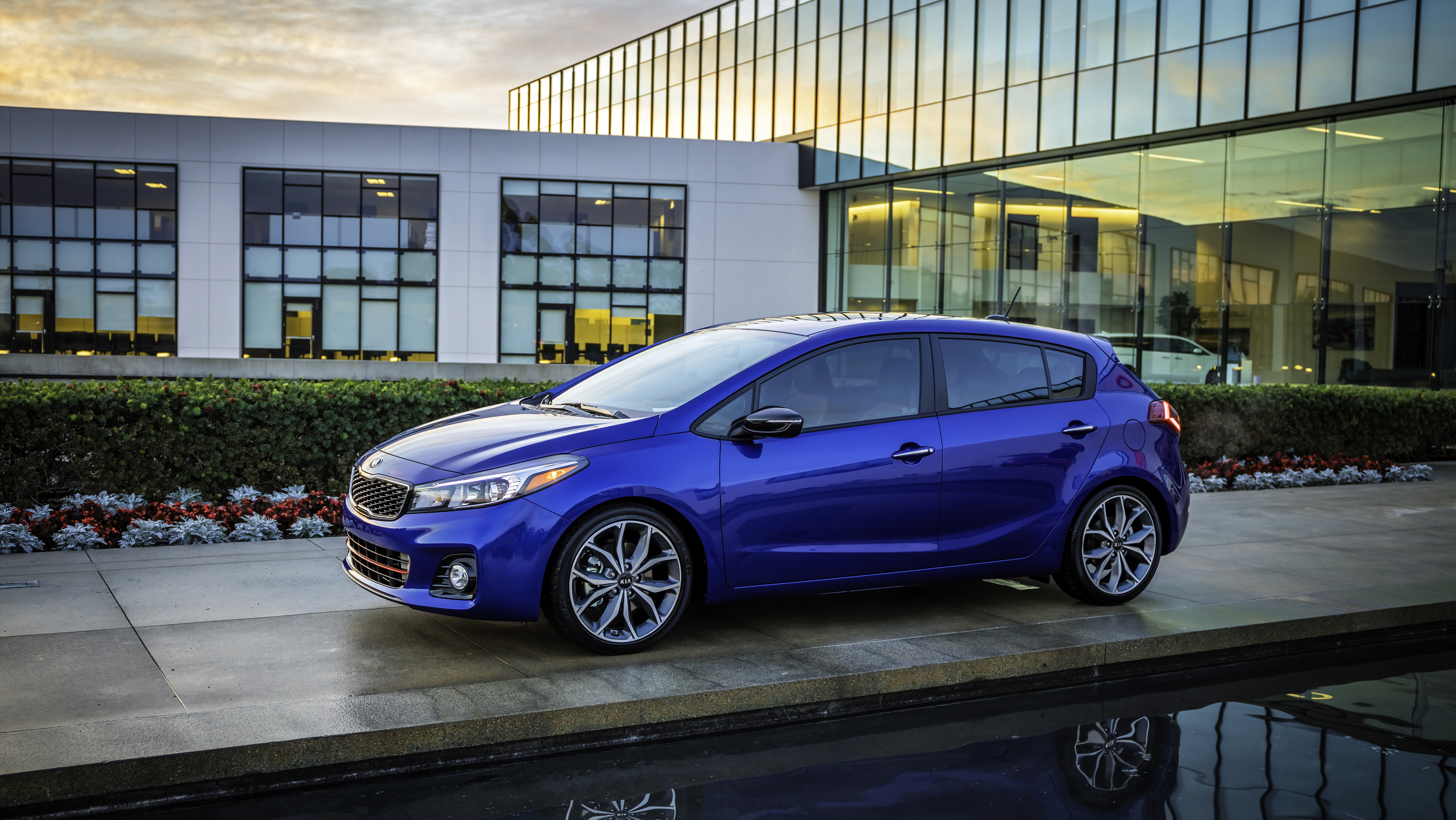 I spoke at length at how great the Elantra GT is here, but its Kia brethren packs a solid punch as well.

Inside, Kia continues to win at all things layout and infotainment—a crisp screen up front and centre, dials and buttons below for all the controls that require something more tactile.

Overall, styling could be a little more aggressive, considering the huge leaps the competition is making, but the curvier look and feel still resonates—and I expect Kia to continue to push the design envelope when it’s time for a complete update.

Of course, expect a few more features at a more attractive price compared to the rest. Always a reason to double take when deciding on a new vehicle. 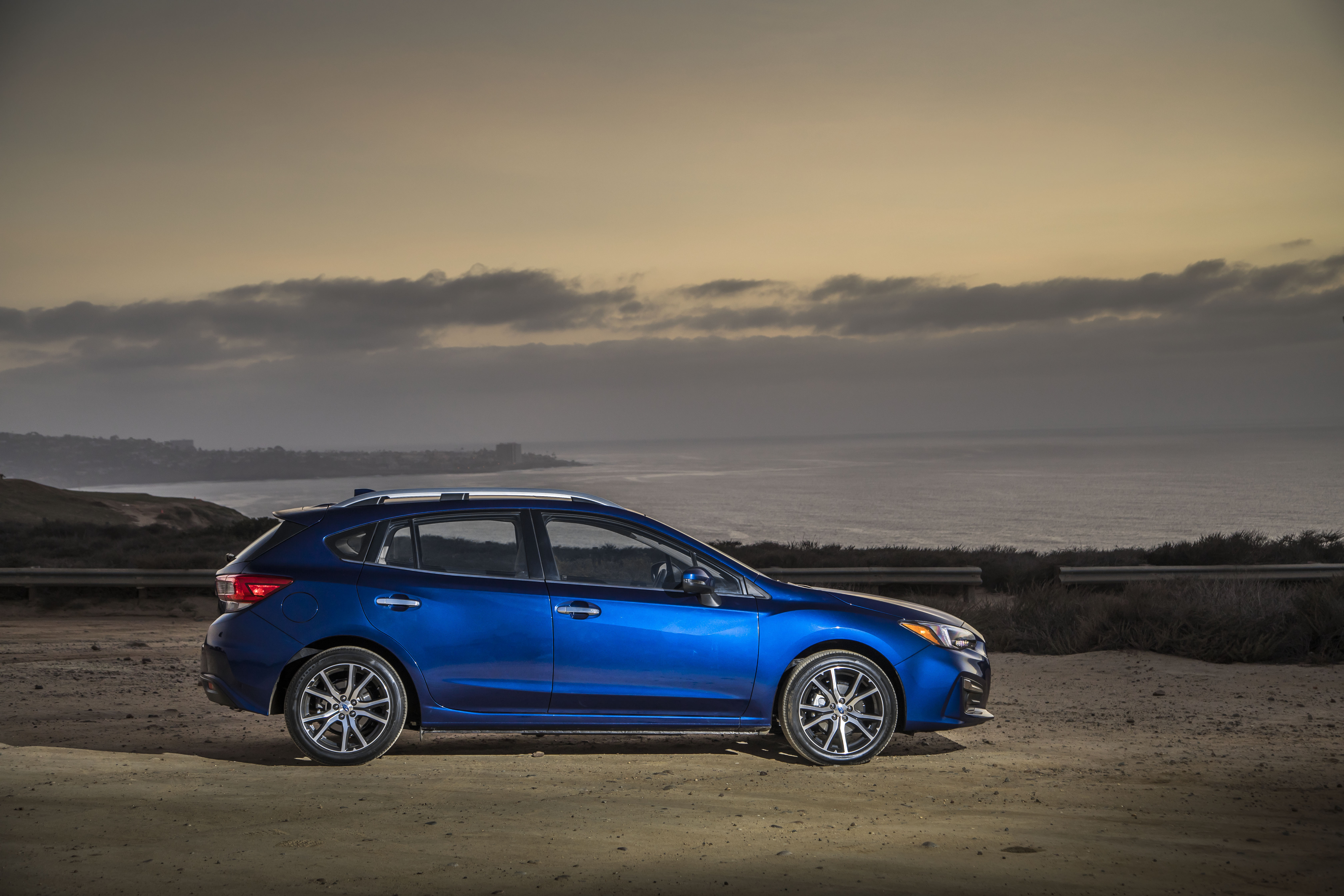 The Subaru Impreza is the hatch for those looking for a more stately looking vehicle. Its design is modern, but more reserved than the likes of the Civic or Mazda3. That’s not a bad thing, as it provides a different look for the market.

Subaru has done an incredible job over the past decade to catch up to other automakers’ interiors. Their cabins used to be perfectly fine and comfortable, but lacking in tech that has now become commonplace.

These days they’re offering a 6.5-inch screen in the Impreza that takes care of everything you expect. The sharper edges across the console speak to the overall design language, which is great—they could have easily went overly “slick” when it came to this area.

And, it’s the only AWD here. If that’s what you want, then the Impreza is what you need.

Shopping for a Three-row SUV? Look for these 6 Fe...