Nine Subcompacts That Can Pack the Most Stuff

When it comes to small, bigger is still better. Right? What we mean is that even if you’re shopping for a subcompact, you might not want subcompact space. Just because your car is small doesn’t mean your groceries are smaller. Or that you don’t want to fit a bicycle in the back. Or even that your trip to Ikea somehow has smaller flat-pack boxes. So for those who want small cars or CUVs with big boots, we’ve gone through and found the subcompact cars and crossovers that offer you the most cargo capacity to go with the diminutive size. In other words, we’ve got the nine biggest boots in cars that are small. 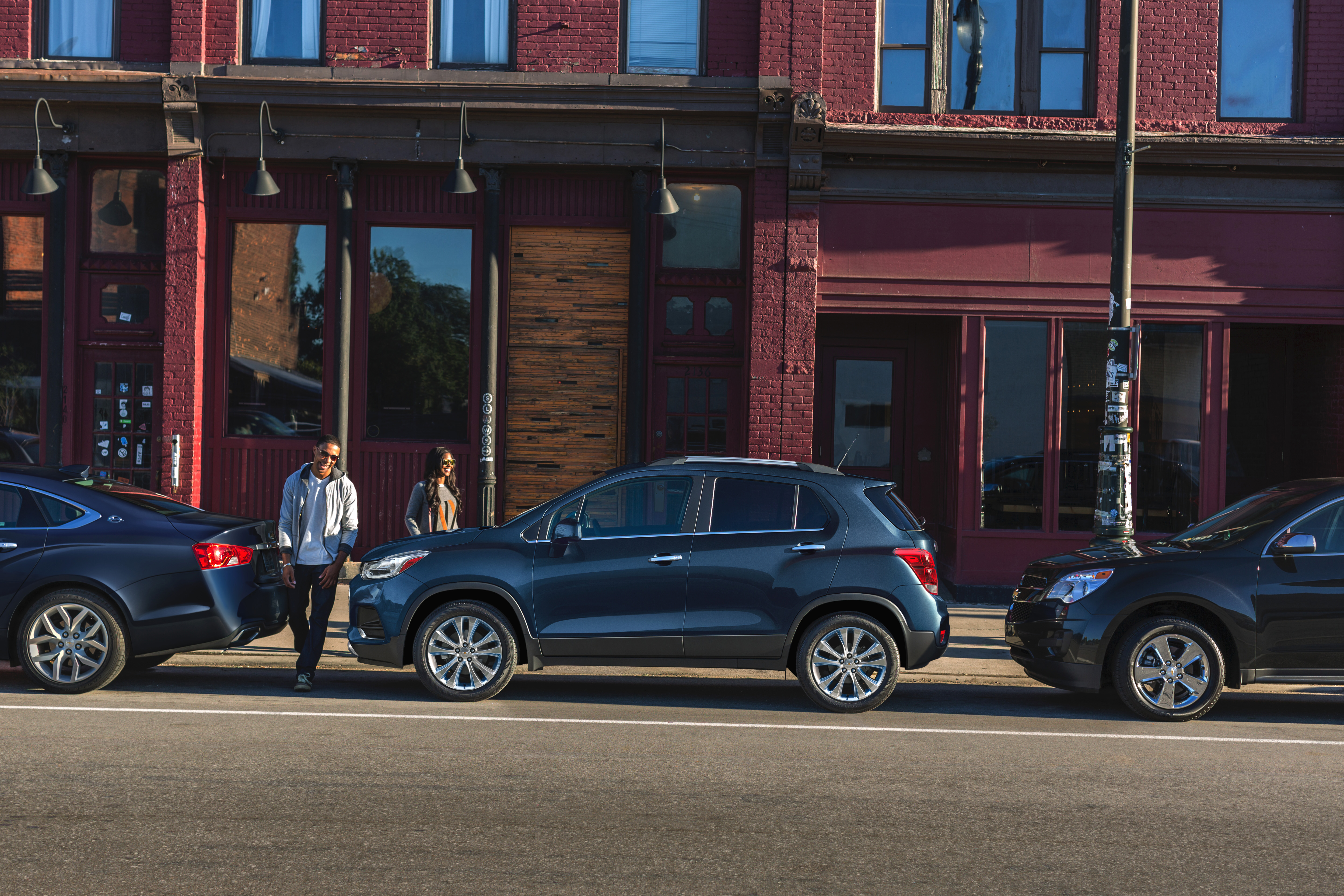 Chevrolet’s Trax is the first entry on this list. The nameplate is also one of the early arrivals to the subcompact crossover segment. It offers headroom near the top of the class, and that roominess extends to the cargo area too. 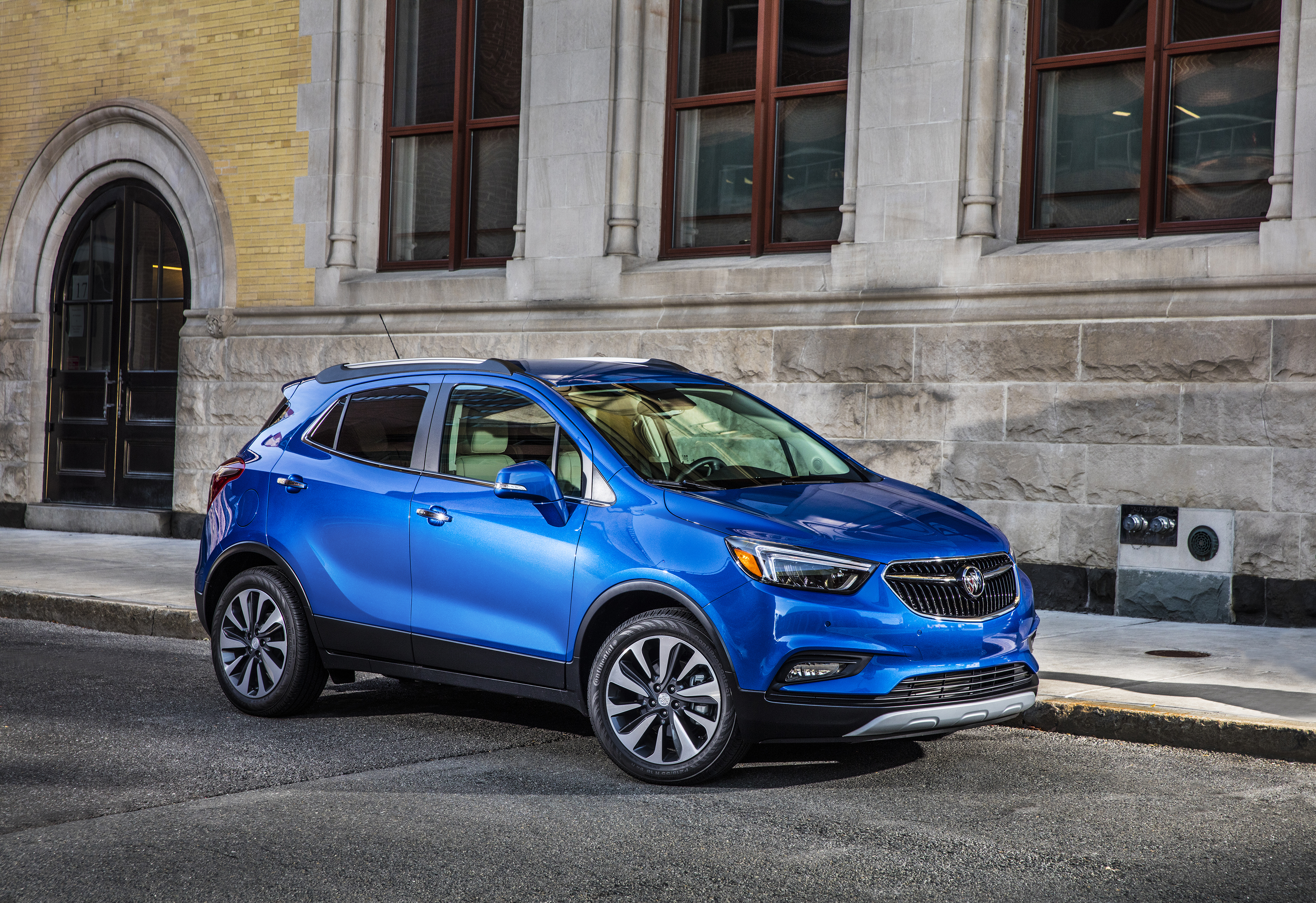 The Buick Encore offers up exactly the same total cargo capacity as the Chevrolet Trax. Which isn’t a big surprise since the two are related under the skin. The Encore wins the tie because it has about four more litres of space with the rear seats in place, with 532. That’s enough for an extra jug of milk from the store. 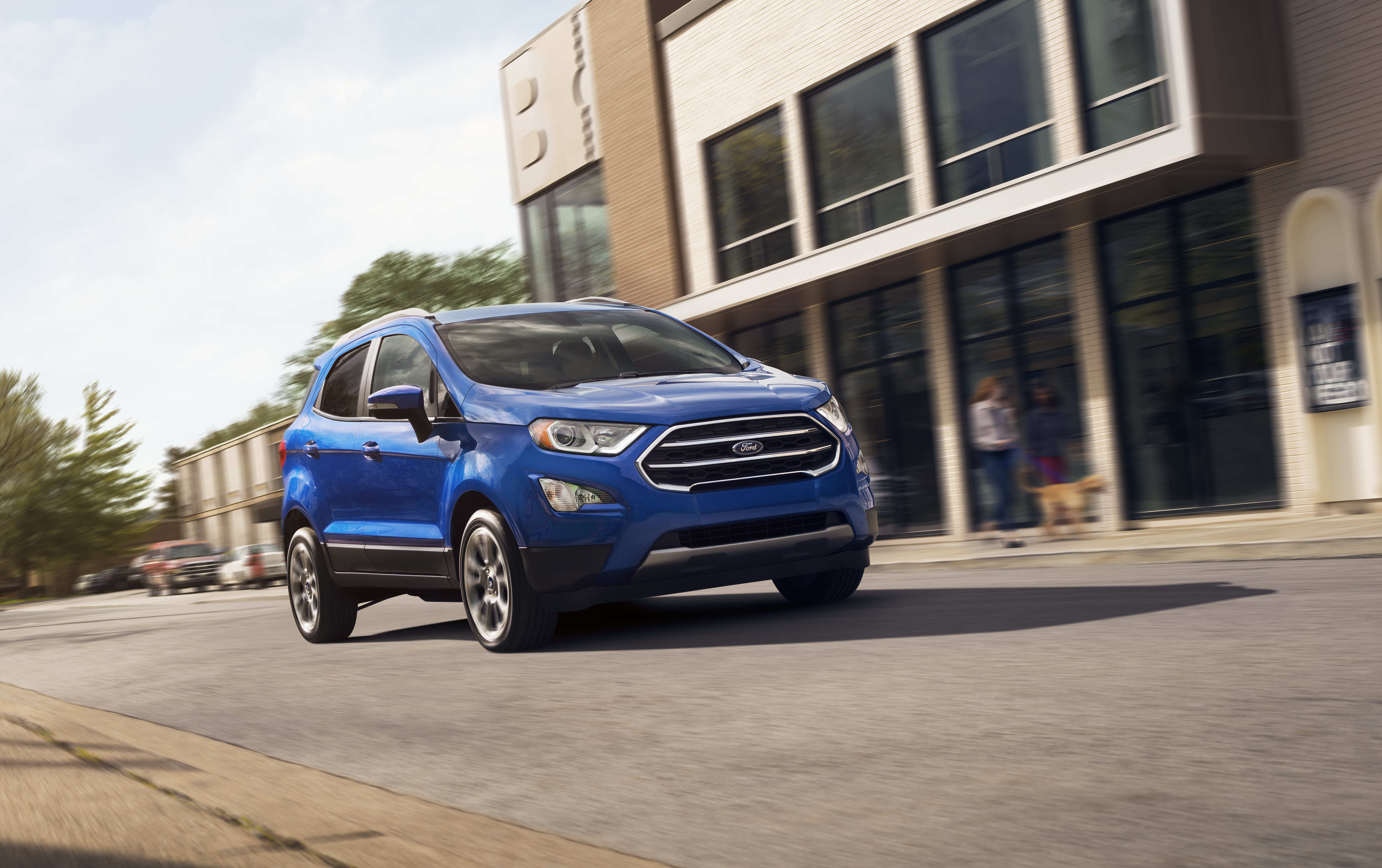 We’re not going to get into the whole EcoSport/EcoBoost, potato, potato pronunciation game. But what we will get into is the cargo space in the back of the EcoSport. Open up that side-hinged door and you’ll find a low load height, fold-flat seats, and plenty of space for your stuff. It’s one of the smallest vehicles on this list on the outside, ranking it high for space efficiency. Rear seats in place it can hold 591 L 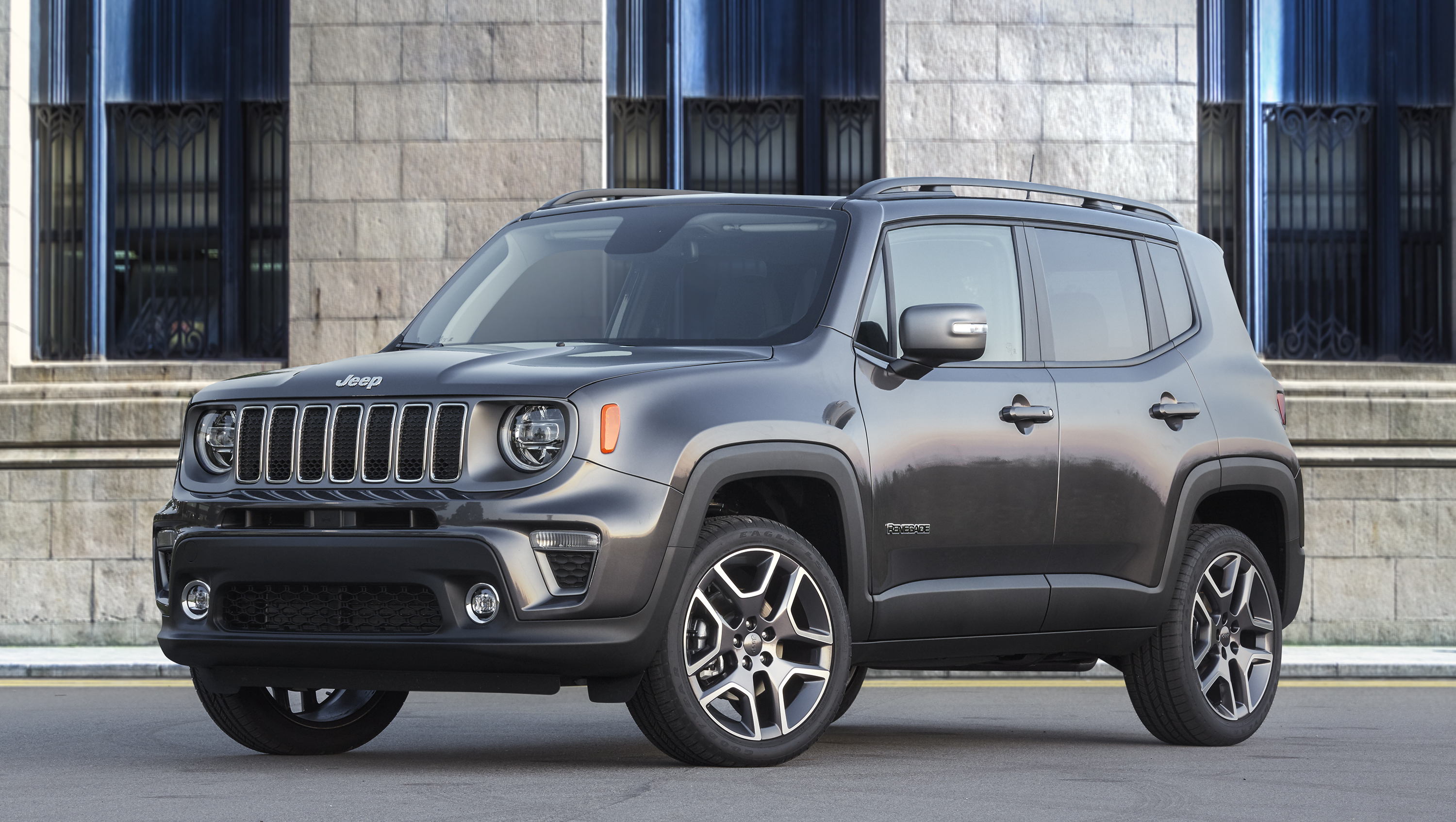 The rear of the Renegade is shaped like a box. And that’s a recurring theme on this list. Because as anyone who has ever packed knows, a box is a very efficient use of space. There aren’t any round suitcases are there? The rear seats of the Renegade fold completely flat, again a feature that maximizes total space. With the seats in place, though, Renegade’s 524 gets beaten out by the EcoSport 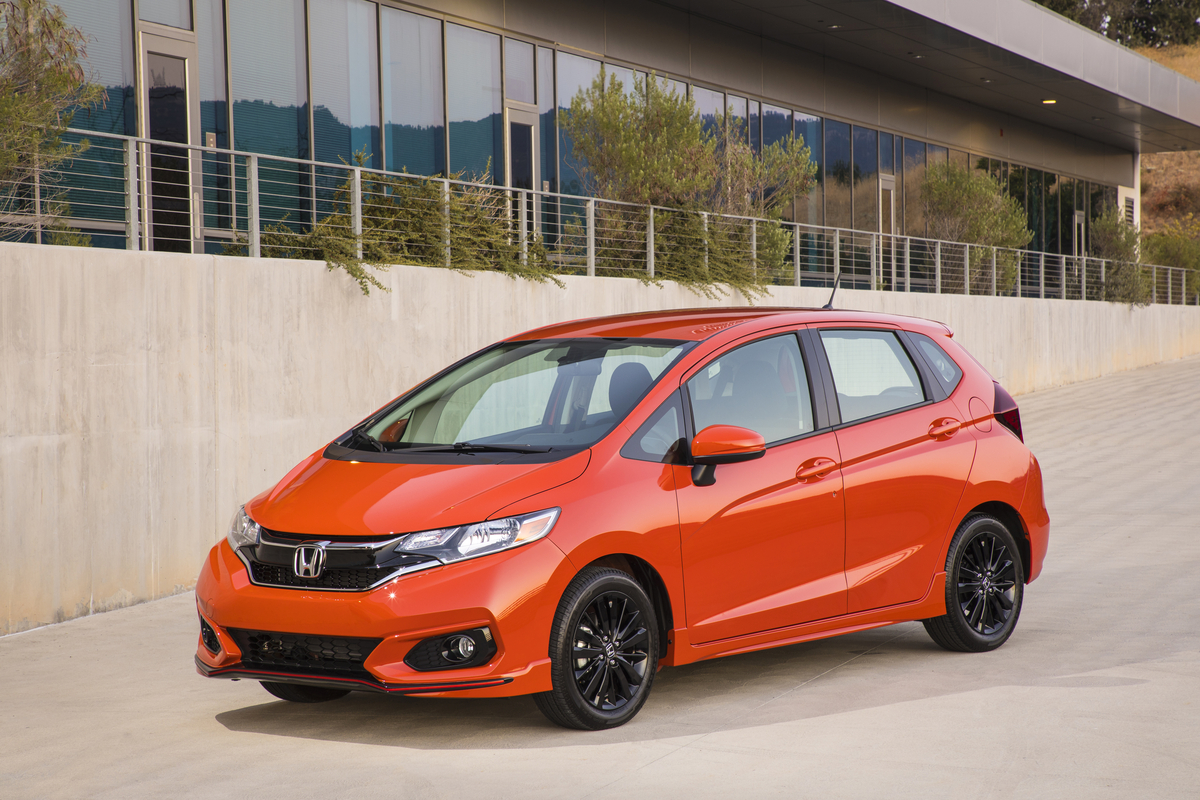 Honda’s Fit manages to, well, fit a whole lot of stuff. This is by far the smallest on the outside of any vehicle to make this list. It even offers up more space than its big brother, the Honda Civic Hatchback. That’s thanks to clever packaging like putting the fuel tank under the driver’s seat and the Magic Seats that fold completely flat. Even without the Magic Seats doing their trick, the Fit has 470L of space. If you’re not ready to move to a crossover just yet, the Fit is your best bet for a big boot in a small car. 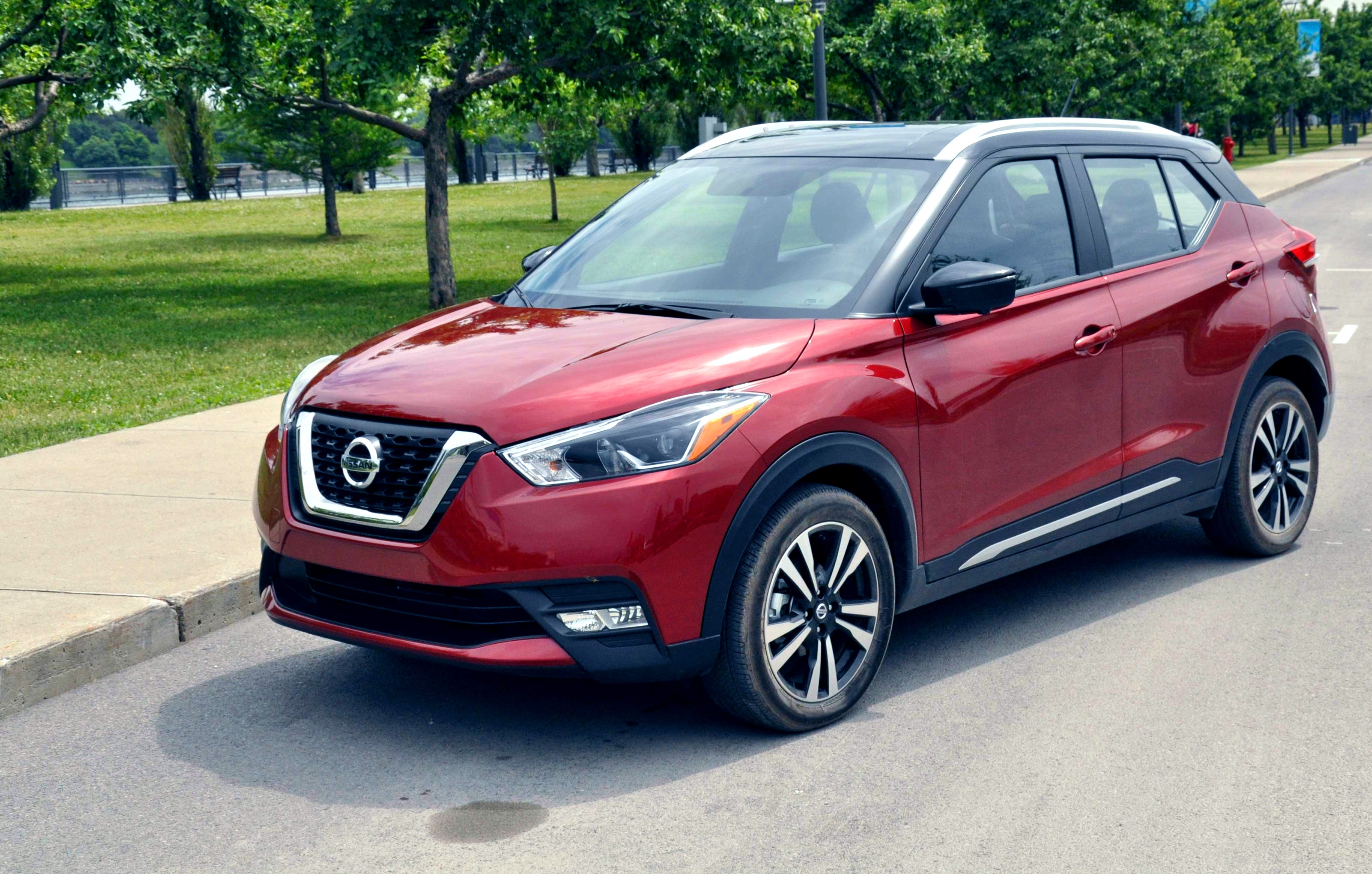 The Kicks is the newest vehicle on this list, launching late last year. On the outside, it offers up some funky styling, even if it’s not quite as bold as the Juke that’s now gone away. On the inside, it’s a bit more subdued, but that doesn’t apply to the cargo space. A big hatch opening and seats that fold almost flat mean the Kicks won’t require you to kick out that extra suitcase. It’s also the overall winner if you need to seat four passengers. The 716L of space with the seats up makes everything else on the list look small. 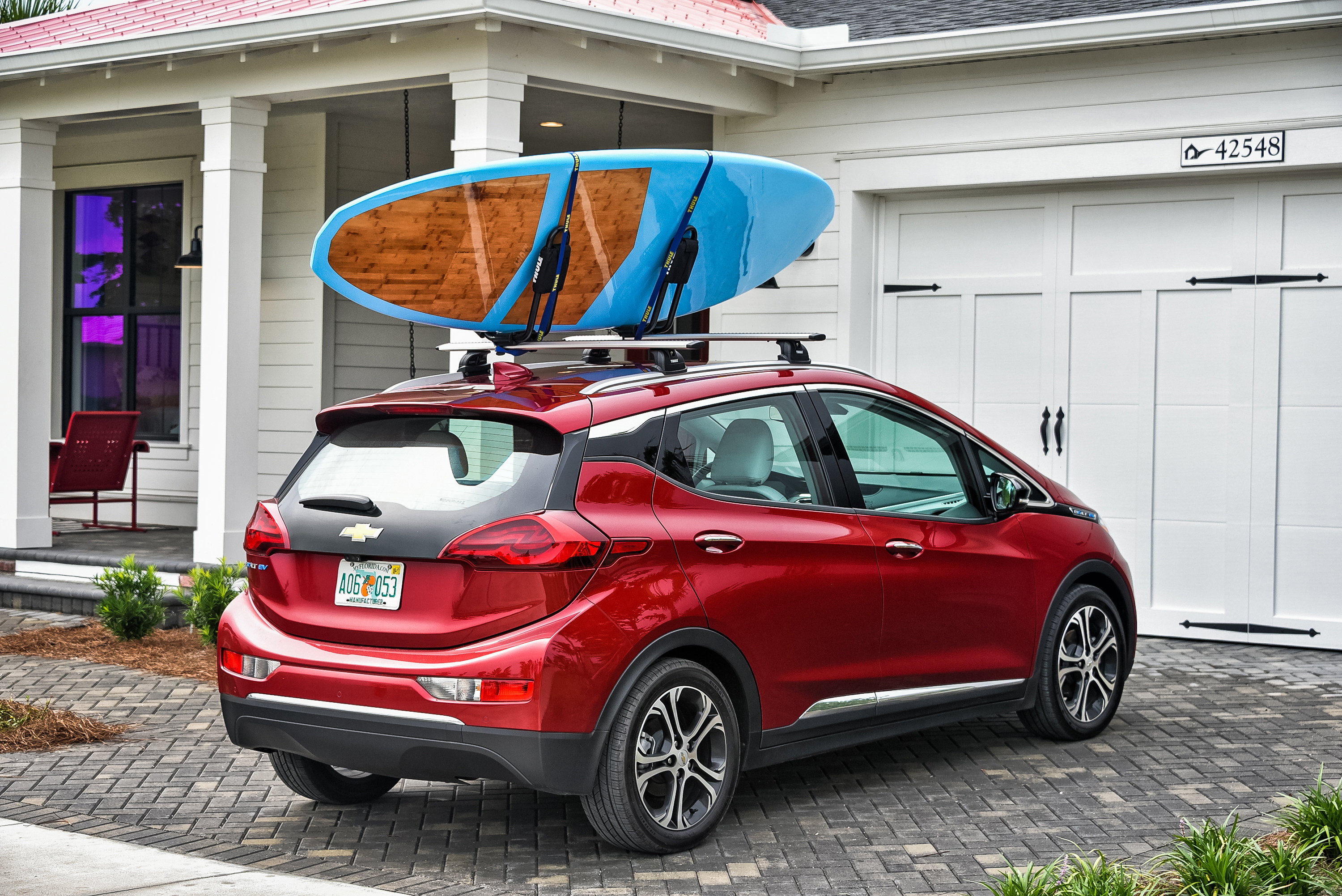 Now we’re into the big half of this small list. And the only EV to make the cut. While a big electric battery pack can cut into cargo space at the expense of range, the Bolt’s purpose-built EV platform and boxy exterior shape has managed to figure out the issue. With the seats up, you can hold 478 L of cargo. While we can’t get it here, a fleet version in the US trades the back seat for a metal pan and bumps capacity to 1,868L 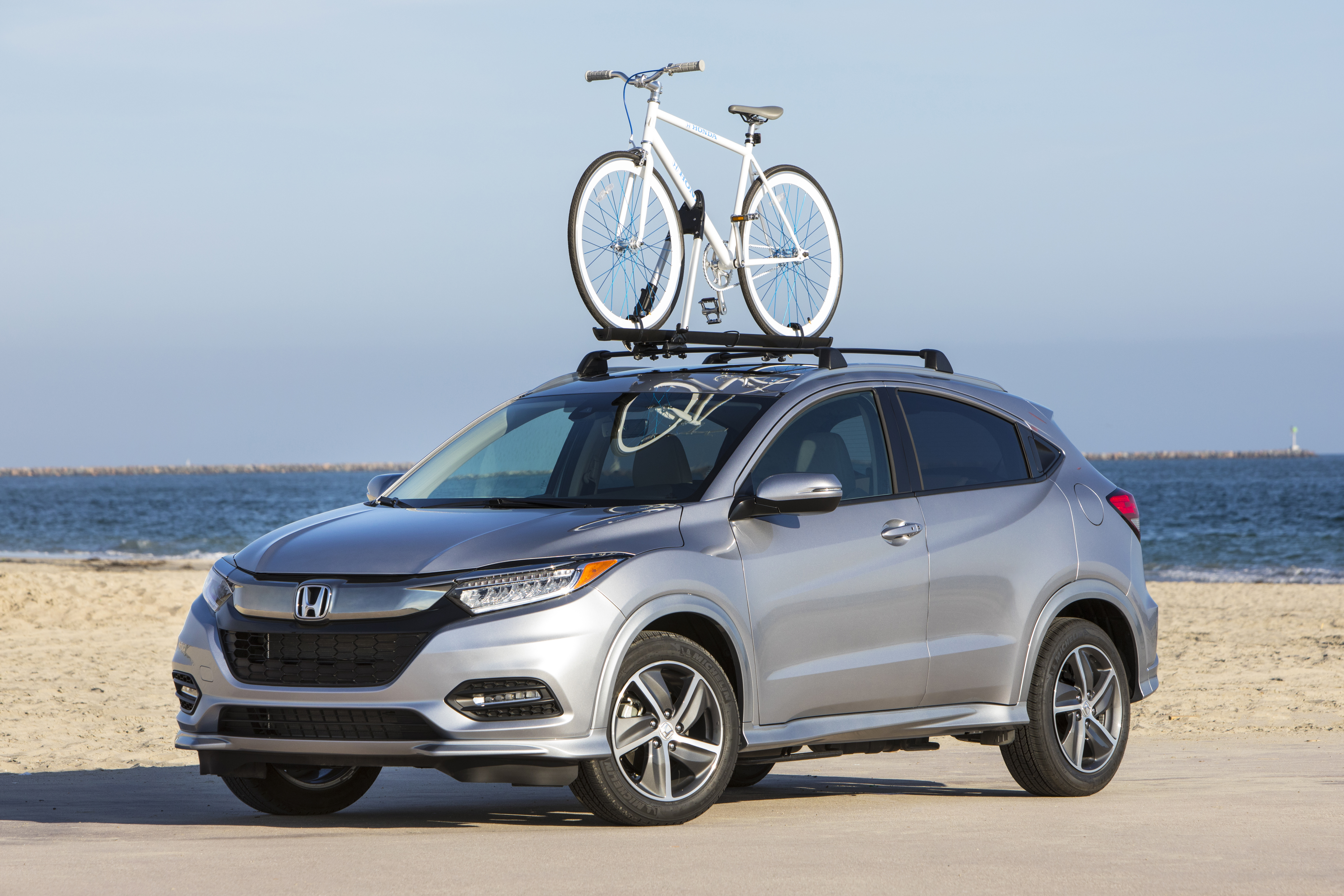 It’s not much of a surprise that the crossover version of a car that’s on the list also makes the list. But maybe it should be. After all, the higher floor needed to allow for a rear driveshaft and the extra ground clearance expected of even a subcompact crossover both can eat up cargo in a hurry. Honda hasn’t let the HR-V’s crossing over have a negative impact, though. It has loads of space to hold all sorts of items in the cargo area. It keeps the Fit’s Magic Seat that sees the seat bottom fold up letting the seatback drop even lower and maximizing capacity. The cargo area alone can hold 688L 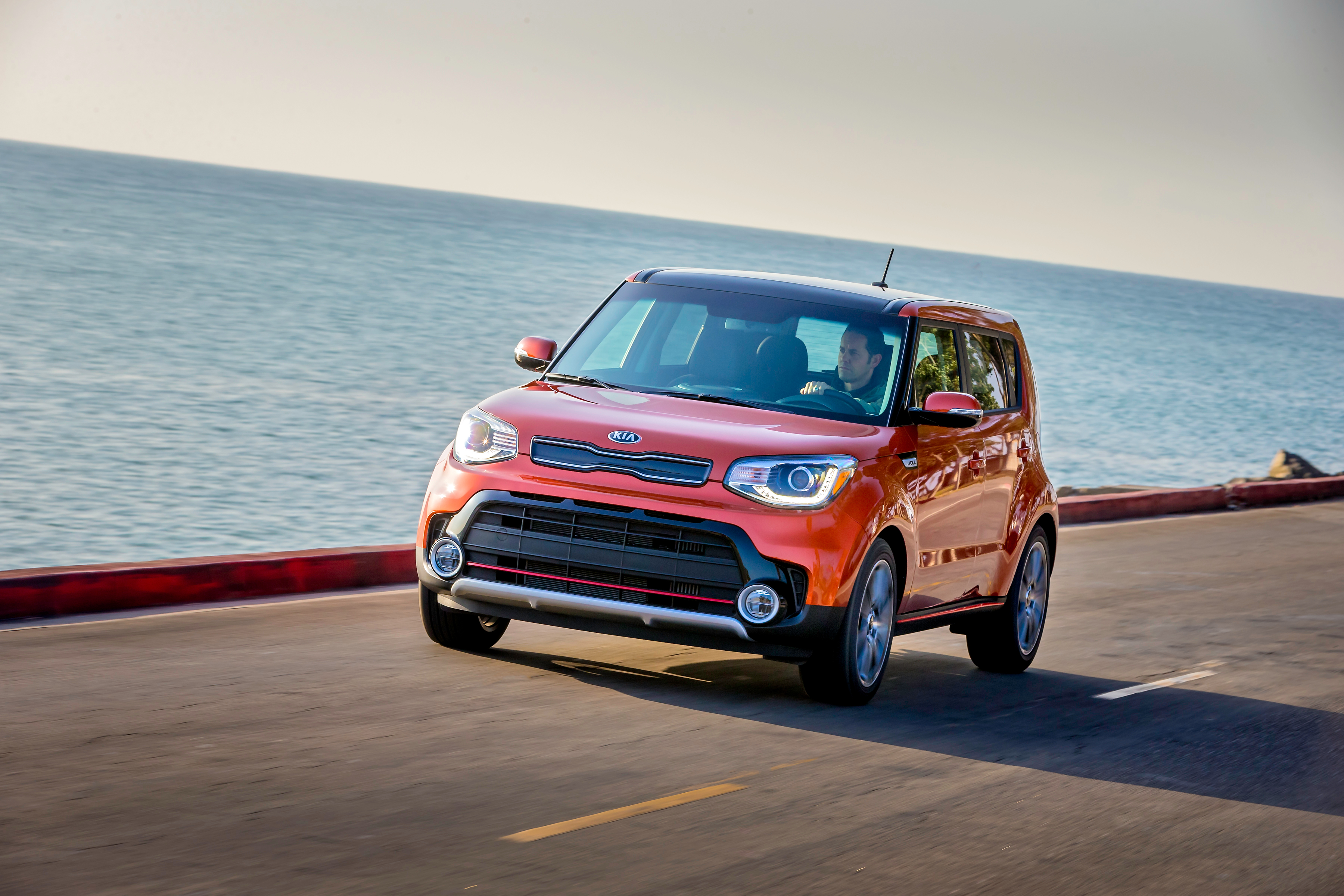 Kia would probably tell you the Soul has a big heart. We don’t know about that, but we do know it has a big cabin. The little box holds loads of stuff. 696L with the rear seats up, second best on the list there too. The rear seats don’t fold completely flat, which could be an issue for long and fragile items, but there’s plenty of space for sawdust and a wheel in the back of Kia’s hamster cage. 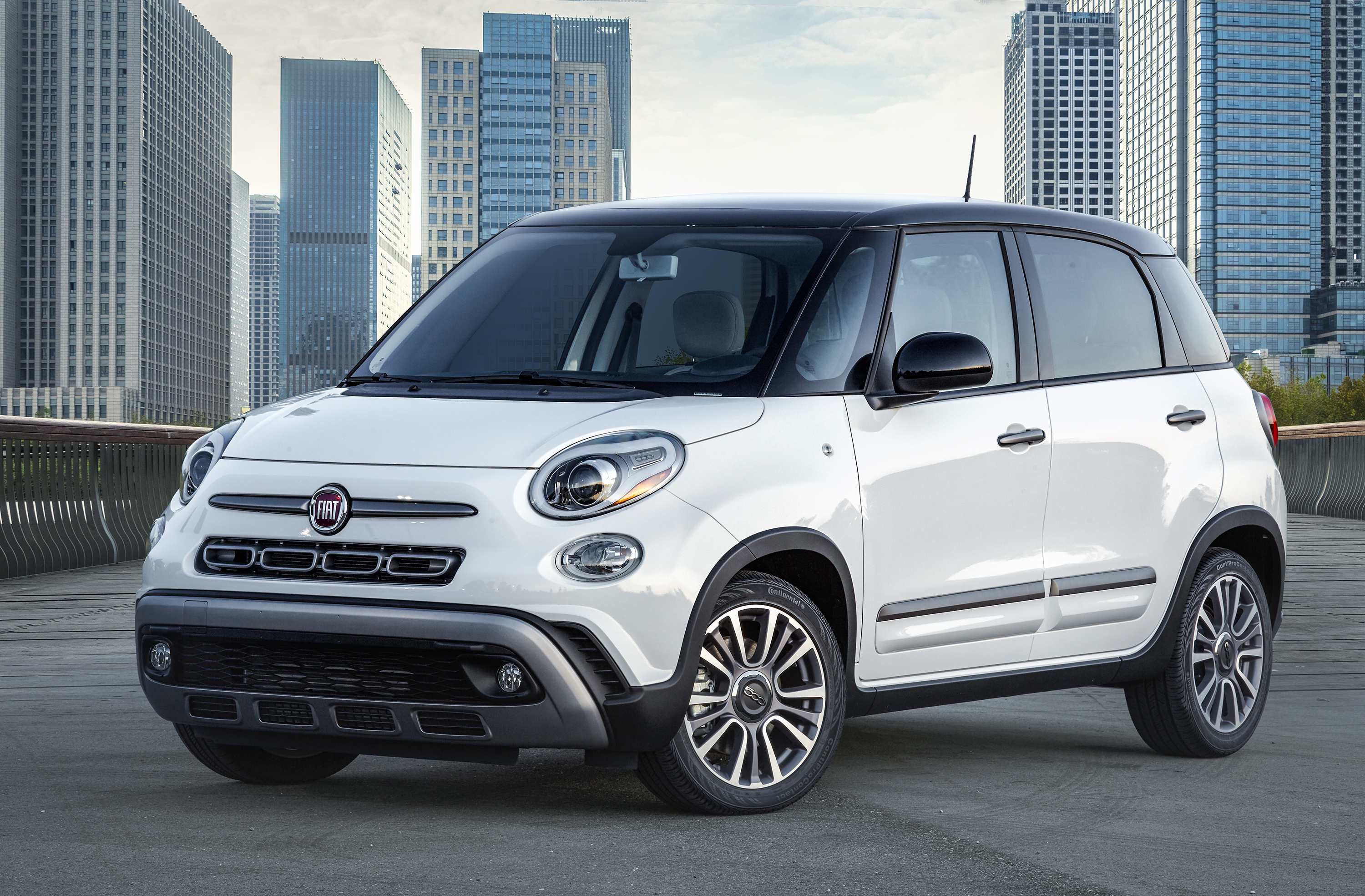 In this case, the L stands for Large. The 500L is a far cry from the supermini city car that gives it the 500 part of the name, but it’s completely on the nose with the L part. It has nearly 200L more cargo space than the next-biggest on the list. But when it comes to overall exterior size, it’s only midpack. That’s some excellent use of the auto footprint. And you don’t lose all of that boot space with the rear seats up, either. It still has 634 L of cargo space with all seats in place, which keeps it near the top of the list. Maybe we’ll start calling it the Fiat 500-Luggage.