The small chip that controls the flow of current in electronic gadgets is causing a big problem for auto manufacturers. A new car may contain as many as 100 semiconductor chips, and without them everything from touchscreens to transmissions won’t work. Now, a global semiconductor chip shortage is causing rising prices and slashed vehicle production. Rental car companies are already snapping up used cars to keep their fleets current and more and more people are opting to buy cars at auctions.

The chip shortage has created a whole new appreciation of car auctions, but they’re not just for people looking to get a deal on a dream car or family vehicle. For the super-rich, auctions are not about a semiconductor shortage. For years auctions have appealed to high-end car collectors who routinely pay eye-watering prices for the privilege of, as sportscarmarket.com writer Steve Ahlgrim said, “sitting in the seat and knowing some of the greatest drivers in history sat right where you are.”

Here is a list of the biggest bucks ever paid for vintage cars at auction.

5.) The Ferrari 290 MM was developed in 1956 to race the Mille Miglia, an Italian 1600-kilometre endurance course made up entirely of public roads around Italy. Decked out with a V-12 engine with dual ignition the sportcar had a top speed of 280 km/h. Only four were made, and two of them made their way into the winner’s circle of the 1956 Mille Miglia, finishing first and fourth. Currently, only three of the four cars have survived, and only one has been restored to its original form. Identified by its vehicle identification number (VIN) or its chassis number (No. 0626), the restored 290 MM was sold by RM Sotheby’s, the international auction house headquartered in Blenheim, Ont. RM Sotheby’s put the item on sale at their first Petersen Automotive Museum auction in Los Angeles, Calif., where it went for a cool $28 million (U.S.) in 2018. 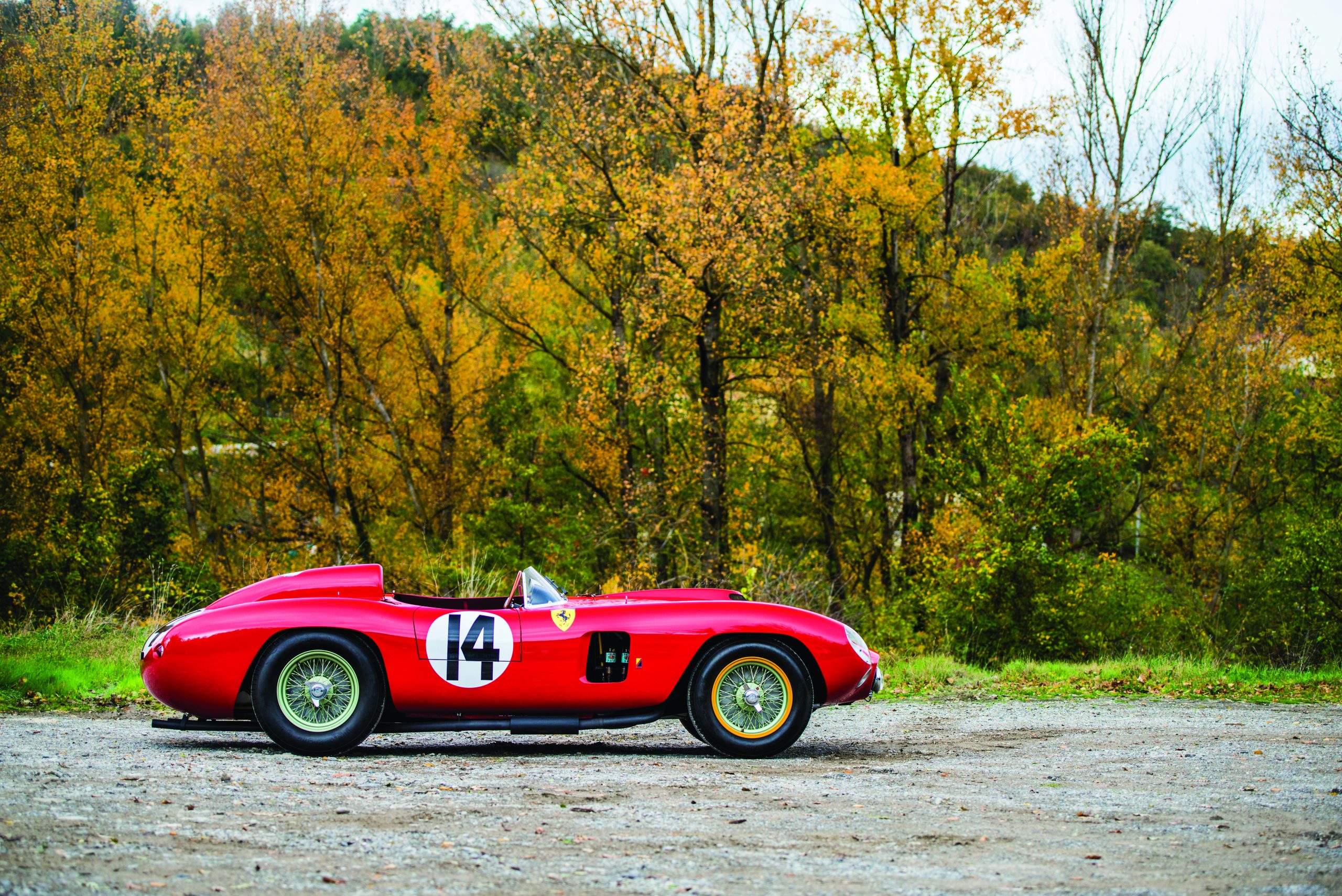 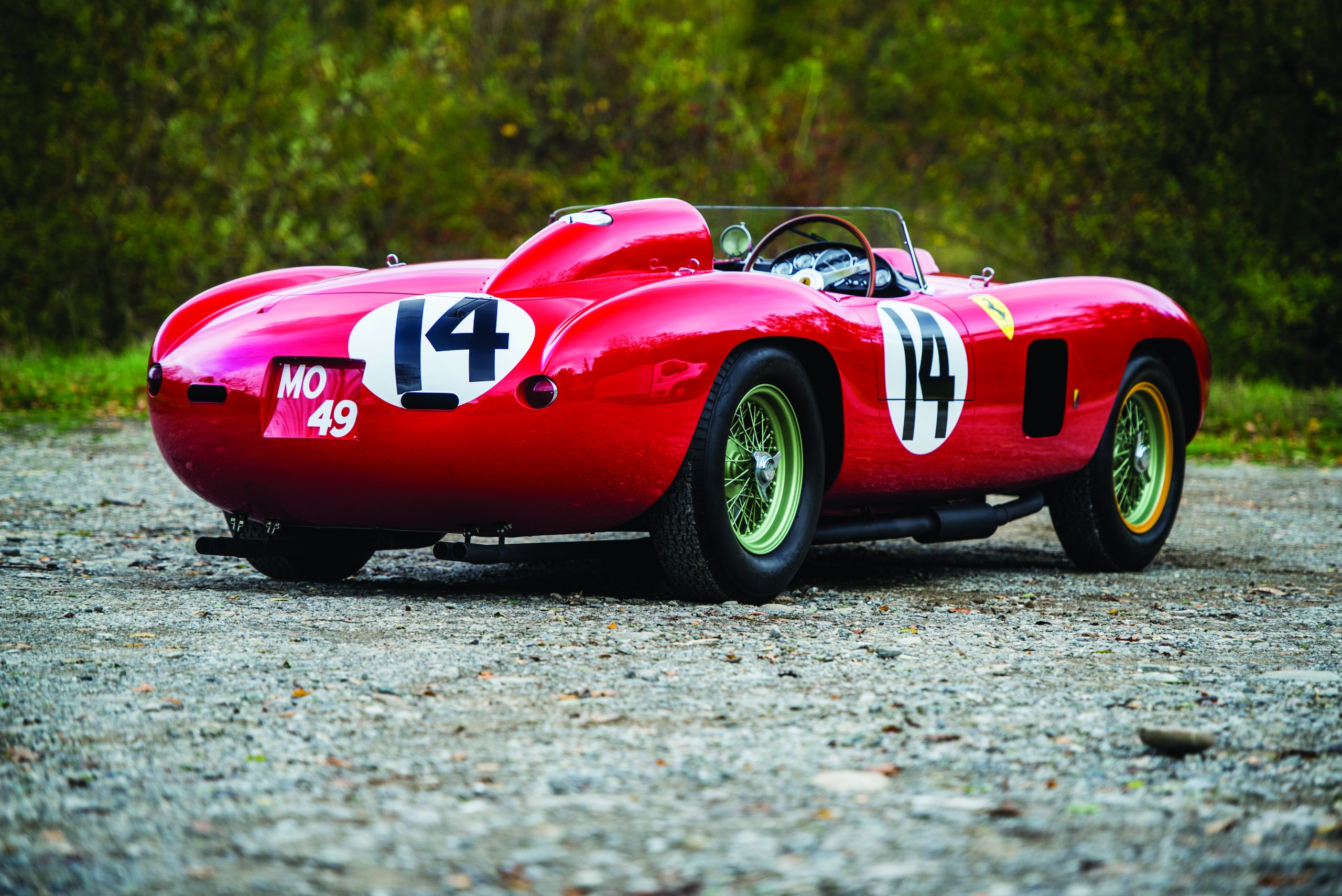 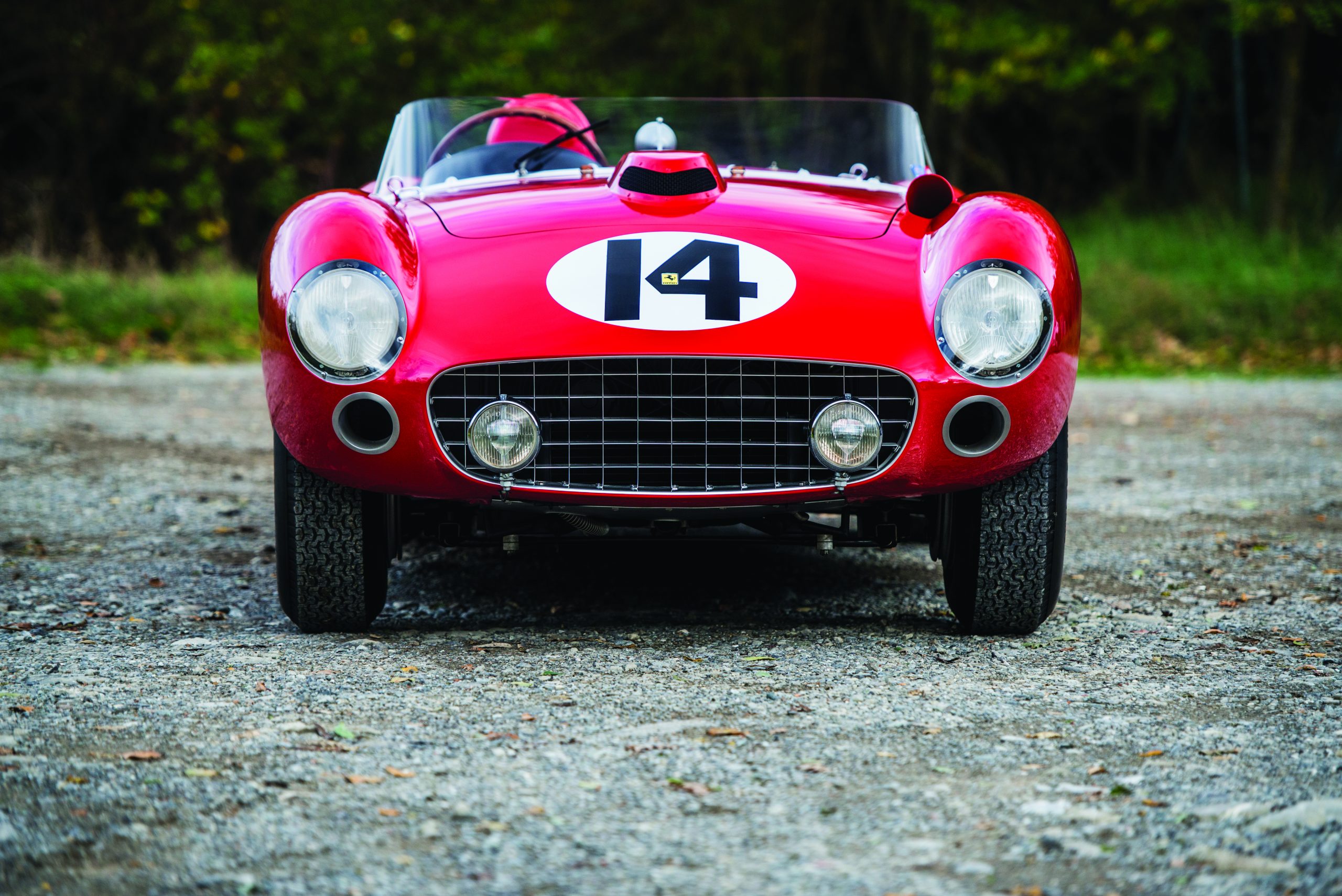 4.) Most examples of the 1954 Mercedes-Benz W196R can be found at the manufacturer’s museum, or on display at museums like the Indianapolis Motor Speedway’s. Only chassis No. 00006/54, the car driven by racing legend Juan Manuel Fangio to victory at races such as the 1954 Swiss Grand Prix, is in private hands. It is the winningest of all the surviving W196Rs, and, with a top speed of 300 km/h, was the car that signalled Germany’s comeback to Grand Prix racing. In 2013 international auction house Bonhams, founded in 1793, sold No. 00006/54 for $29.6 million (U.S.) in “authentic condition,” complete with nicks and dents from its years on race tracks around the world.

3.) In 2019 the Amelia Island Concours d’Elegance, the top automotive event in the world, called the 1957 Ferrari 335 Sport Scaglietti, “Best of Show.” The beautifully designed race car, complete with bright Rosso Corsa paint, was never meant for road use. Hitting 299 km/h in competition mode, it was built for speed. The sleek speedster came in second at the 1957 Mille Miglia, and set a lap record at the 1957 Le Mans 24 Hours. In 2016, a private collector snapped up one of four built, chassis No. 0674, at auction for a price of $35.7 million (U.S.). “It is a good investment,” Artcurial Motorcars Auction House’s Matthieu Lamoure told the BBC at the time of the sale. “You want to own the car which was a dream for you when you were a child.”

2.) In August 2014 auction-goers from around the world gathered at Bonhams’ Quail Lodge Auction in Carmel, Calif. to bid on a 1962 Ferrari 250 GTO Berlinetta. This was chassis No. 3851GT, a two-seat front engine coupe with 296 horsepower that was advertised as “one of the best-known and most often raced GTOs of them all.” The second-place car in the 1962 Tour de France was offered up “fresh from the 49 years in a single-family ownership.” With a roar, as one dealer said, that will “make your hair stand on end,” it is one of the most sought-after cars for collectors. They rarely ever come on the market, and the 3851GT is one of just 36 ever produced. After a fevered auction it sold for $38,115,000 (U.S.), a record for an auction at the time. 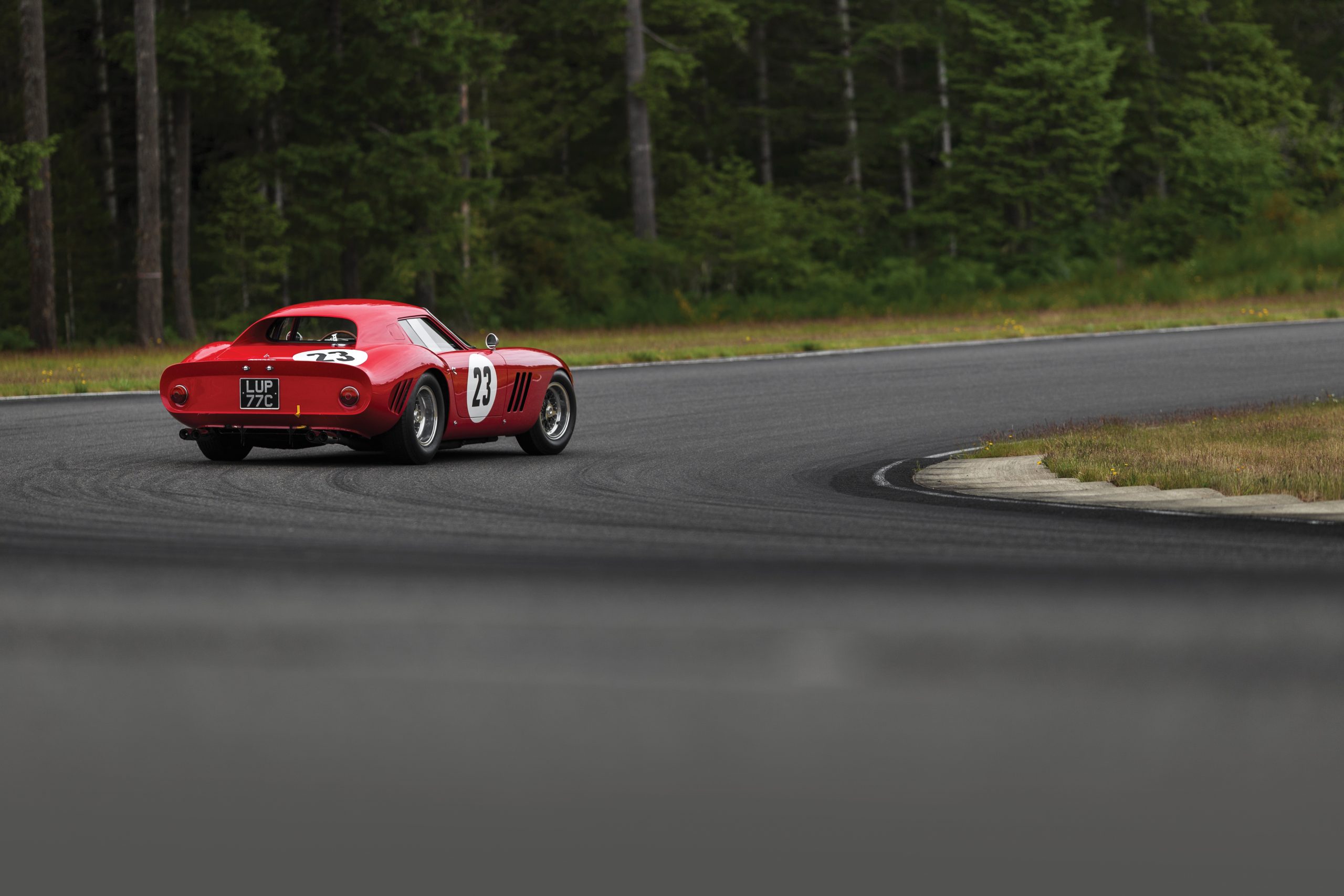 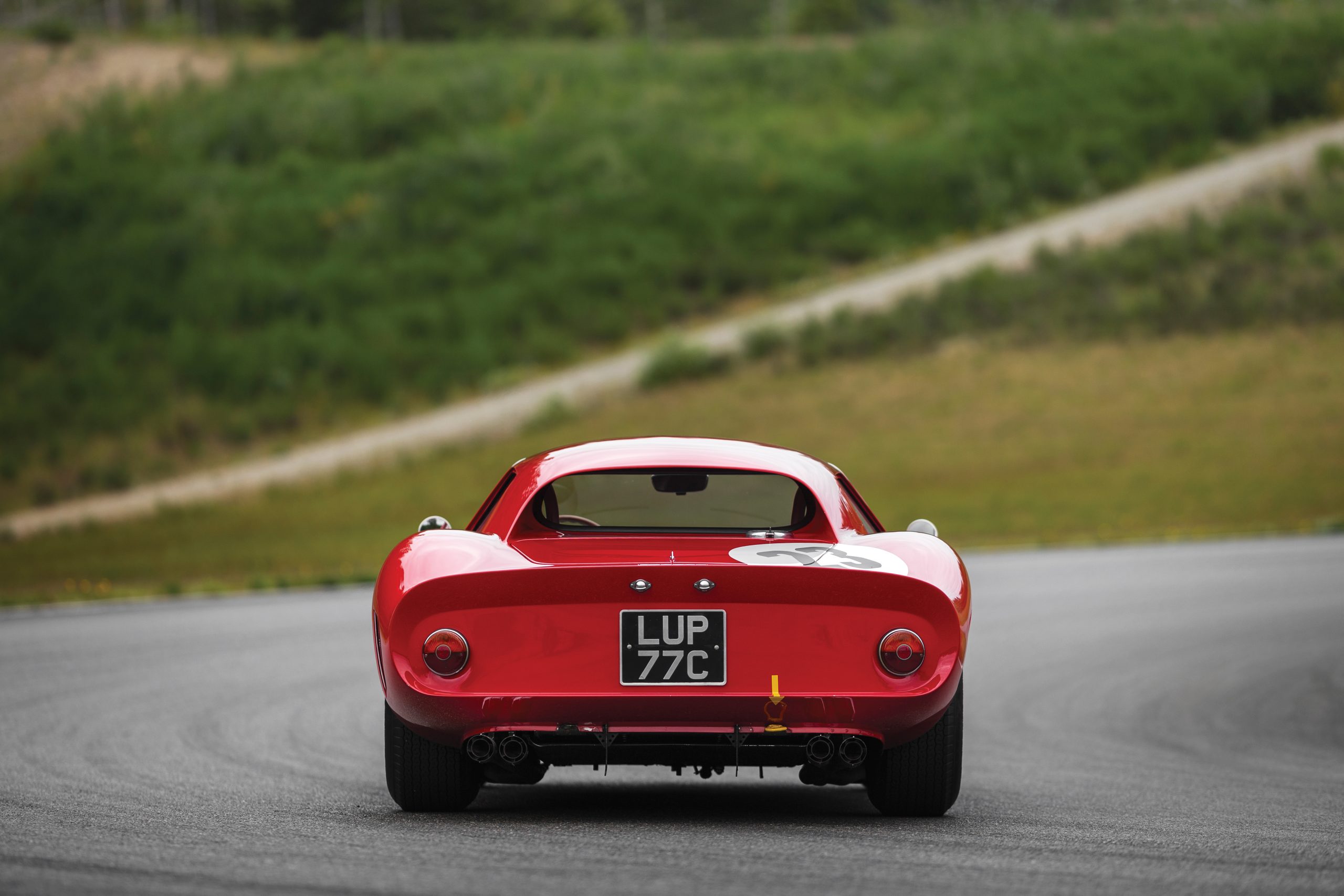 1.) Driven by Edoardo Lualdi-Gabardi to victory in the 1962 Italian GT Championship, the 1962 Ferrari 250 GTO by Scaglietti, chassis No. 3413 GT, was named the “Hottest Car of All Time” by Popular Mechanics. It also has another distinction. It’s also the world’s most expensive car to ever be sold at auction. In August 2018, the third of the 36 GTOs built earned a price tag of $48,405,000 (U.S.) after a bidding war. In their catalogue RM Sotheby’s cited the car’s rare extended roofline, beautifully sculpted Series II coachwork and called it “quite simply the most important Ferrari ever offered publicly.”

Richard Crouse is a writer, broadcaster and film critic for CTV News. His national radio show originates on NewsTalk 1010 in Toronto. Follow him on Twitter at @RichardCrouse