Jason Grunsell from First Rides rounds up his favourite supercar drives for 2016.

2016 has been an outstanding year for driving supercars and hyper-cars. I have had the opportunity to drive four Ferrari’s, two McLaren’s, one Lamborghini Aventador roadster, and my first hypercar the Pagani Huayra Tempesta.

The Ferrari FF has been on my list to drive for a long time and it did not disappoint. The FF was one I had the most trouble with giving the keys back to the owner. I loved the FF from the moment it came out, but its not everyone’s cup of tea, people either love it or hate it. My one concern was how big the car might feel to maneuver, fortunately the first 10 meters down the driveway erased those concerns thanks to great visibility and fast steering rack. The V12 engine was sensational, it has so much power it just keeps pulling and pulling. I felt I was going faster in the FF than in the F12.

I am still not crazy about the cockpit ergonomics of modern Ferrari’s, but the driving pleasure and excitement push these thoughts away. Plenty of room inside, it was easy to stick adults in the back. I love this car even more than I did before. 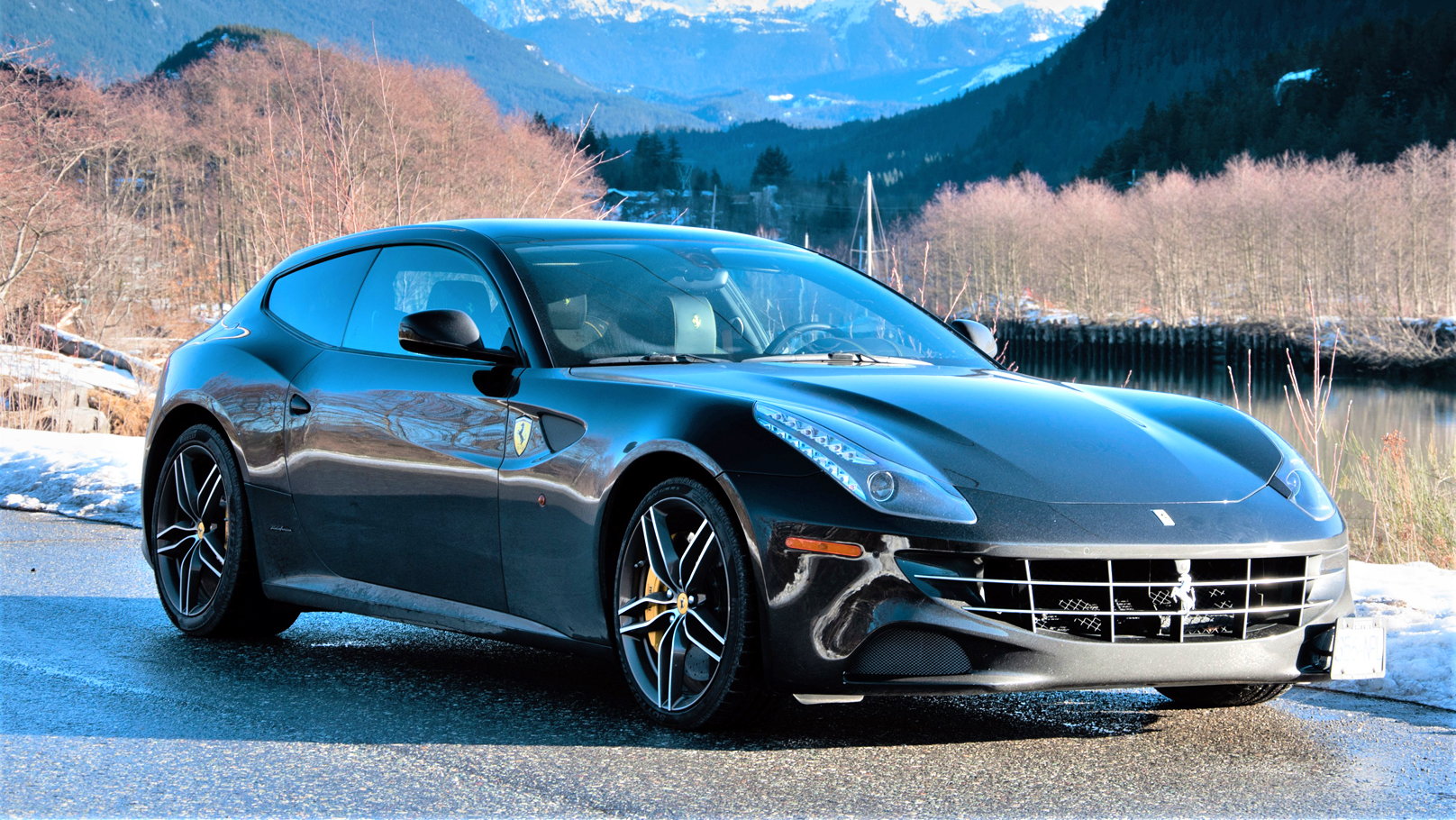 The Ferrari F12 was not as fearsome as I had been led to believe. I had been told to watch out for the speed of the F12 coming upon you very quickly. Perhaps because I was expecting this to be a rocket ship, it did not catch me unawares. I would even go as far to say that I was a little disappointed. The steering is very light and incredibly fast. I got to drive on one of my bucket list roads in the F12, Duffy lake road, a winding racetrack made for supercars.

A beautiful sunny day, a Ferrari, scenic beauty, and a great road does not get much better for a supercar enthusiast. The F12 I drove was all black with black wheels which did not suit the styling of this magnificent machine. 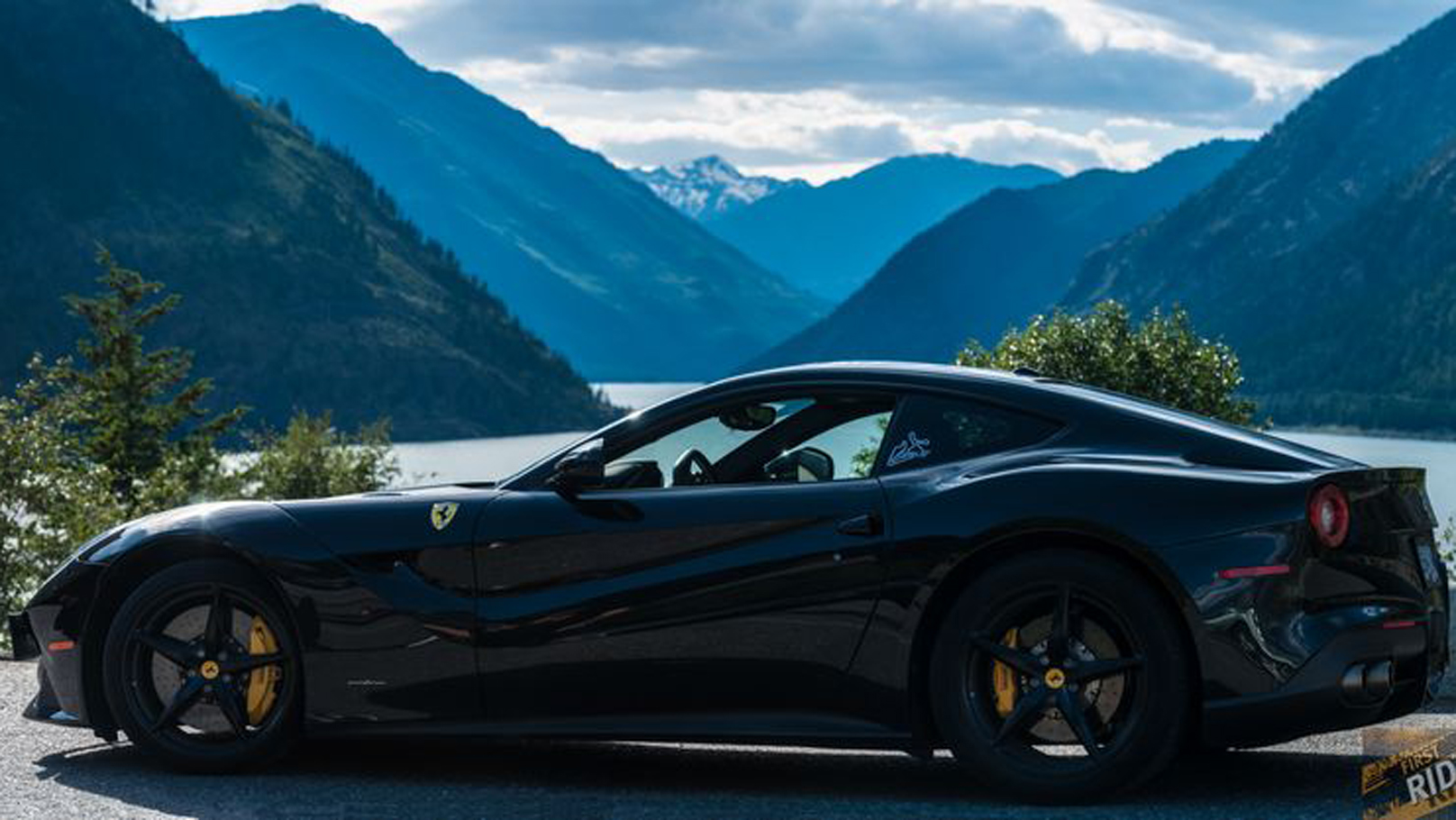 The Ferrari California was the first Ferrari I ever drove back in 2011, so I have a soft spot for the California. This year I got to drive the 2nd generation California and then the 3rd generation California Turbo in Los Angeles. In my opinion a hard-top convertible is the only way to go. The 2nd generation looks a little sleeker and more aggressive than the first generation. Going down to LA to drive the California T was a real treat. The car thrived in the bloody awful LA traffic, and it excelled up in the canyons north of LA. I recommend the Los Angeles Crest highway and Angeles Forest Road. The turbo was smooth, powerful and unobtrusive to use. I had the top down the good majority of the time, however getting stuck in Malibu gridlock I was beginning to get hot so I put the roof up and I was oh so comfortable. The California is a great introduction to the world of Ferrari. 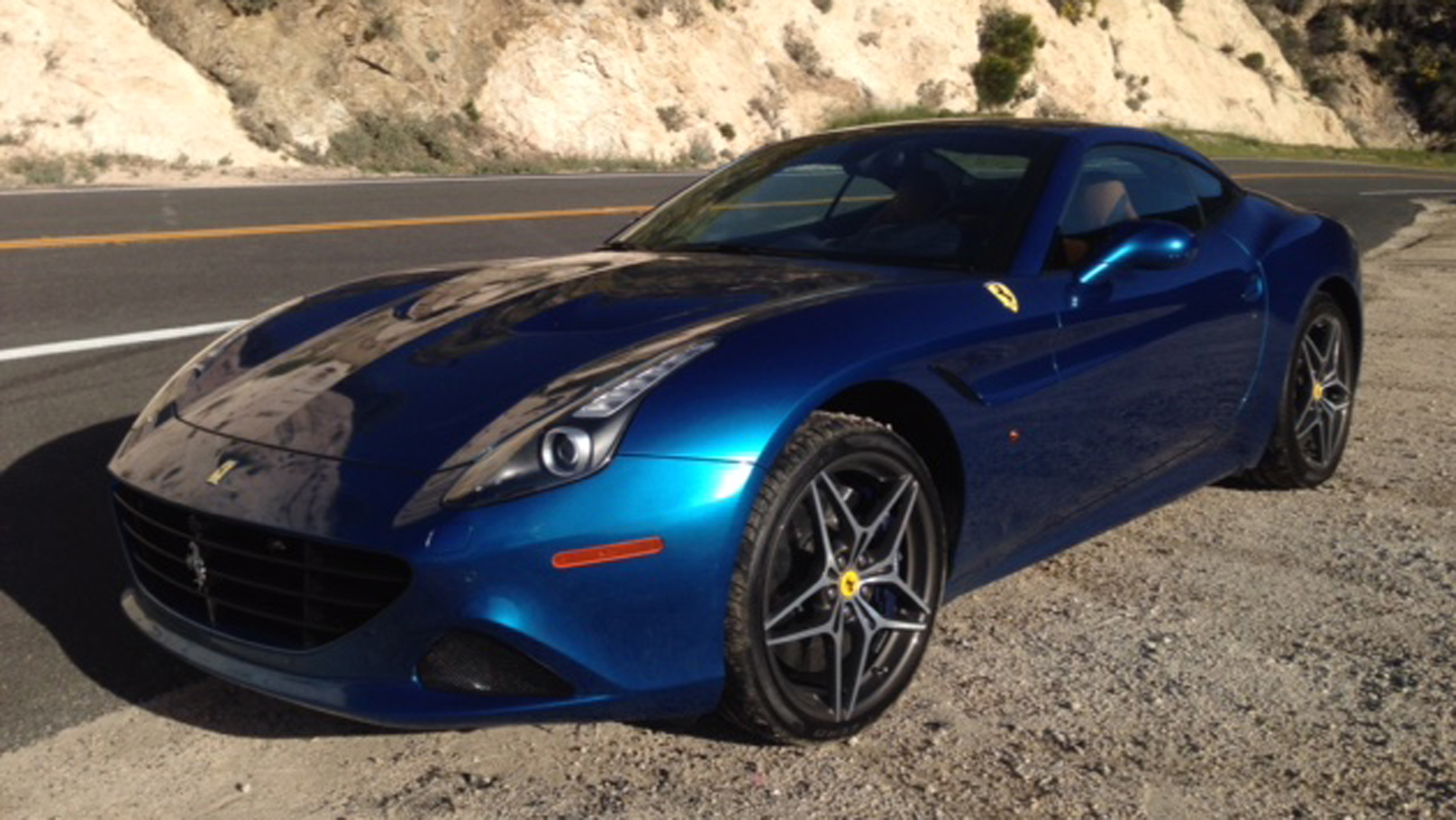 I have followed McLaren’s bold adventure into the automotive world over the past 5 years. It has been a most impressive 5-year run. Last year I sampled the 12C and I did not really think they needed to change anything. Driving the 650S spider made me ask that same question again, not sure we need the 700 plus horsepower of the P14. The 650S spider is a brilliant car, easy to potter around town, then crank open the active dynamics panels and you have a supersonic fighter with a fully lit afterburner on your hands. I am absolutely craving a drive in the P1, maybe next year. 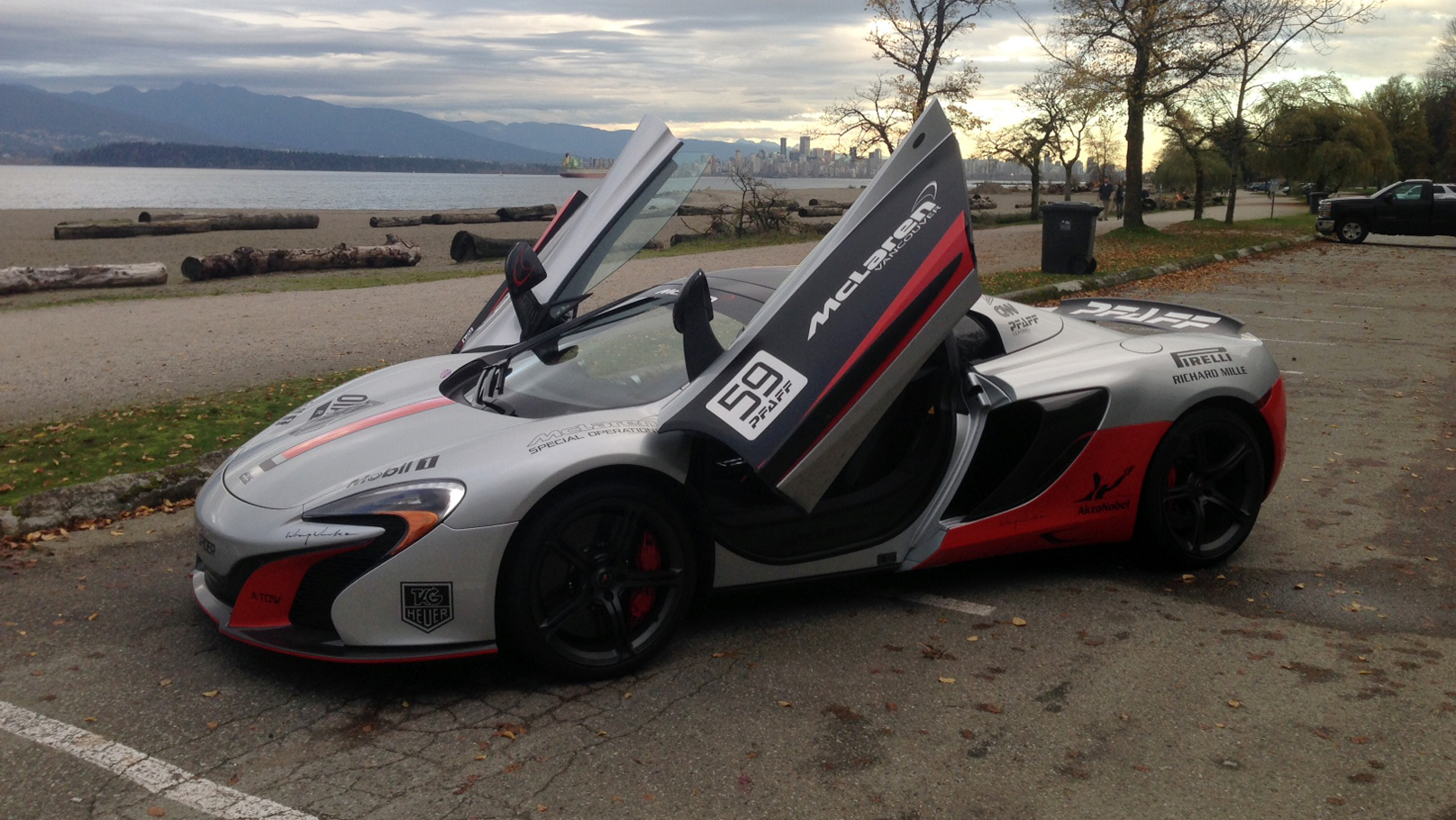 I also had the pleasure of sampling McLaren’s latest entry, the 570S. The 570 is McLaren’s entry level sports car, however I beg to disagree— the 570 is a supercar. I love McLaren steering wheels, they are the perfect size for my hands. Simple ergonomics is a trademark of McLaren. You could and should drive this car every day. I am keen to get my hands on the 570GT with the glass roof, perhaps in 2017. These great McLarens just keep on coming. 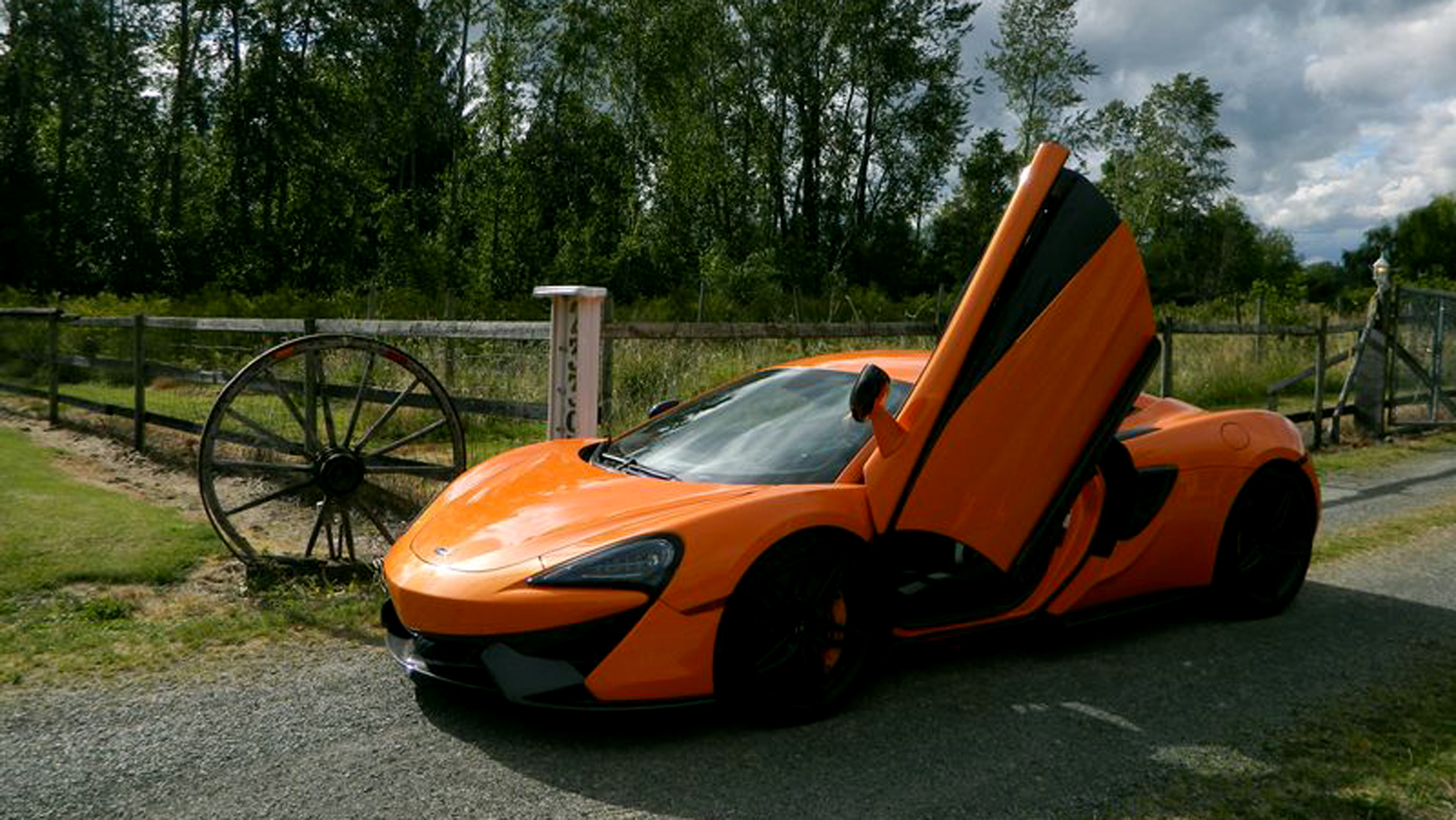 I have had the privilege of looking after a Lamborghini Aventador roadster for 2 years. My favourite anecdote is that it is the only supercar that people get out of your way on the highway, when you are behind them. Its a little claustrophobic with the carbon roof panels on, take them off and you are in a sonorous V12 world. Lamborghini’s do bring out the joy in people. While refuelling one day I had a small boy come and ask if he could take pictures. I chatted to his mother while he took pictures and she told me he spotted the car a block away and insisted she drive to the gas station. A Lamborghini is not a car for those who are the shy or retiring sort.

The single clutch does make city driving a little tiresome. No, the Aventador is not a daily driver, but find a long road such as the Sea to Sky Highway and you can press your right foot deeper into the carpet and the world of speed takes on a new dimension. 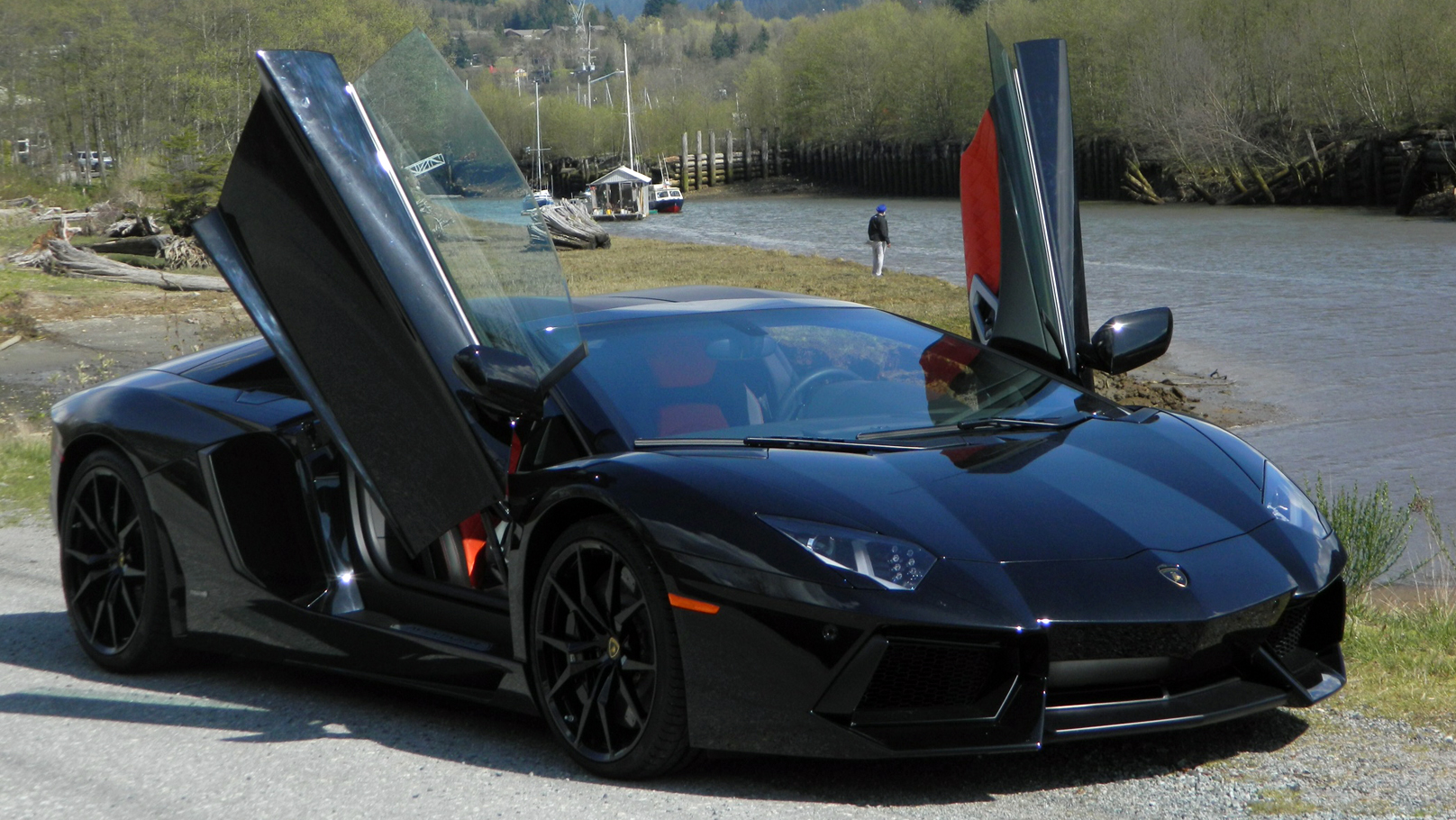 The jewel in the crown of 2016 was an unexpected drive in the $2.5 million Pagani Huayra Tempesta. A rolling work of art and a supersonic fighter with an afterburner. I had gone to see the car and to talk about getting a ride to the Luxury supercar show the next day, so it blew my mind when Chris Green said I could drive the car. Being a professional racing driver Chris’s enthusiasm with the throttle was physically bruising. My chest was compressed by the acceleration. In the background, I heard the whistling of the turbo waste gates open and closing. When it was my turn to drive, it was surreal. The large eye-lash mirrors make it easier to see what is going on behind and to the side of the car. An easy to car to drive at least until you open the afterburner, then you had better pay attention. Thank god for the excellent brakes. I will never forget my first Pagani drive. An hour with a co driver was not enough, I needed to be set free on my own to fully experience carbon fiber nirvana. 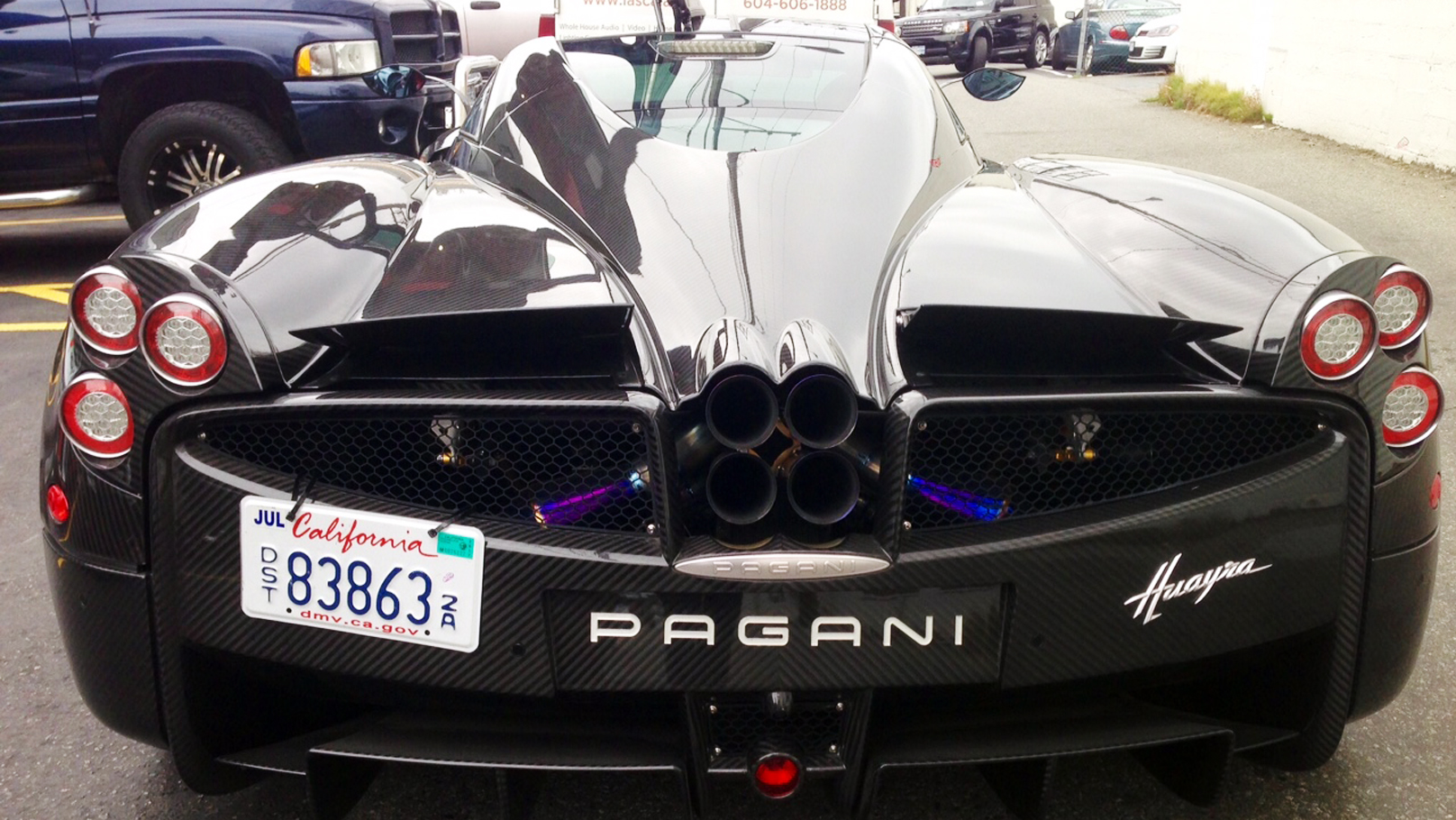 Professionally I have started writing for wheels.ca which has been very exciting. My other highlight of the year was getting to chat with McLaren’s Frank Stephenson for a second time. In 2015 my wife and I met him at the unveiling of the 570S in Vancouver. This year it was great to get 25 minutes alone with him to hear his thoughts on design. 2017 will be starting with a trip back to LA to test drive the Ferrari 488 GTB. I just got notified the 488 GTB has been swapped for the 488 spider, oh man, oh my.