That time is upon us again. If you're shopping for new winter rubber, keep these choices on your shortlist.

Tire experts will tell you that once temperatures consistently dip below 7 degrees, it’s time to get the winter hoops on your car. Why? The rubber compound in winter tires is generally of a softer nature than that found in all-season tires and infinitely more pliable than the stuff used to construct high-performance summer tires. This is in no small part to the mechanical features and molecular attributes of a tire.

Here’s the Cole’s Notes explanation. The tread blocks found on most winter tires are packed with grooves, many of which have saw-toothed edges. These are called sipes and, as they spread apart while being pressed into a snow covered road, provide the tire’s contact patch with more opportunity to find grip. This is a mechanical feature. To test what we’re on about, take a solid block of styrofoam and slide it across your kitchen table. Now, slice a series of shallow cuts into the block’s surface and slide it across the table again. That extra resistance you feel are sipes at work, increasing one’s grip while starting and stopping.

Molecular attributes refer to the types of compounds baked into a tire during manufacturing. Winter tires are designed to remain flexible at cold temperatures, using ingredients like silica to do so. Tire makers call the point where rubber loses its elasticity the ‘glass transition’ stage, which occurs at a much lower temperature on winter tires. The more flexible a tire, the better equipped it is to make contact with the road in cold weather.

It goes without saying that winter tires should be installed in sets of four. With that in mind, here are our eight great selections for winter tires, presented in alphabetical order.

New for 2019, the WS90 is an evolution of the previous-generation WS80 we profiled in last year’s list. This tire improves on the old one with an updated tread design featuring a centre rib bordered by two channel voids. The tread blocks in this rib are more integrated with each other than in the old WS80, while the shoulder blocks also got a rethink with an eye on extra traction. 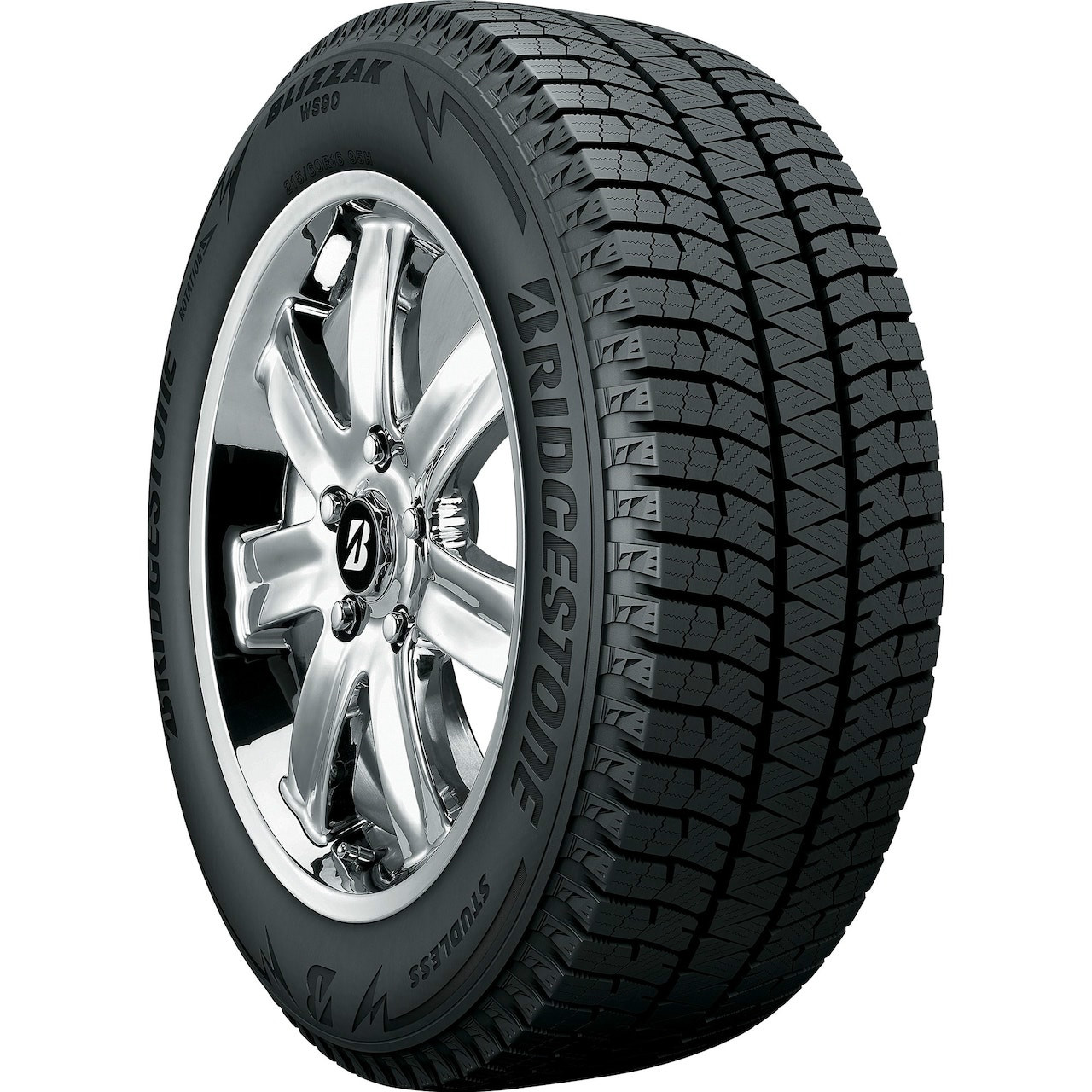 Its targeted application is on cars and minivans, assuring they’ve been designed with family travel in mind. This is another way of saying they’re quieter than most and are alleged to have better wear properties than the old tire. The Blizzak name has been around since the 1990s, proving that Bridgestone engineers are constantly refining the recipe and improving treadlife.

The 10th century Vikings were a tough lot living in a frozen country, so it’s definitely an appropriate name for a winter tire. Continental is said to have optimized their Nordic compound for deployment on passenger cars and crossovers, meaning passengers shouldn’t have to shout to make themselves heard. 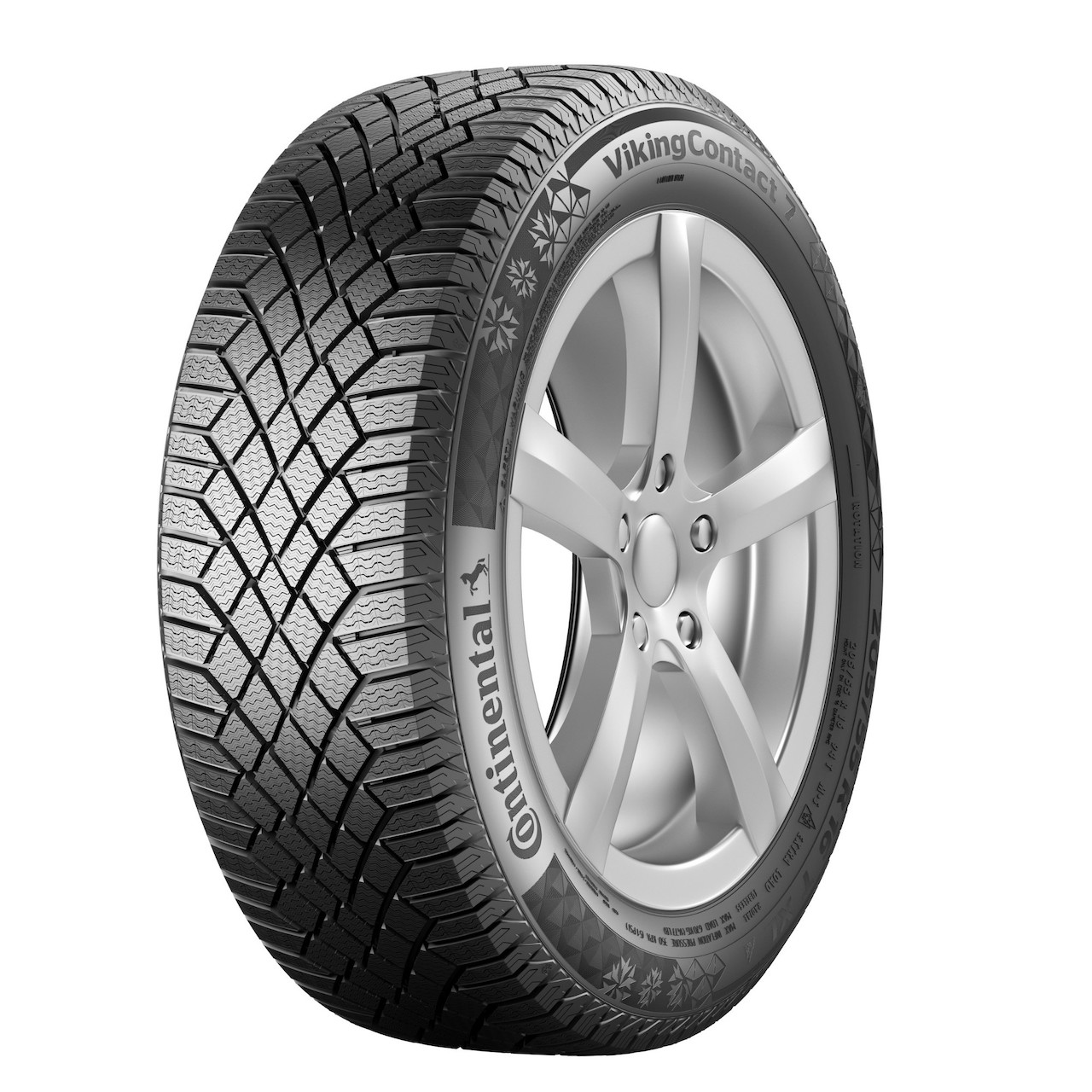 A distinctive tread pattern is almost entirely made up of diamond-shaped tread blocks, with only the shoulders of this tire incorporating the more traditional rectangle shape. Continental says this makes for an efficient groove network to help mitigate aquaplaning and slushplaning. They’re sure to leave behind a unique tire track, so at least your friends will know if you’ve driven up the road. The company describes the 3D sipes as having ‘effective snow edges’ for powerful handling and braking on snow covered and icy surfaces.

It’s impossible for a winter tire to bear a better name than ‘True North’ unless one wants to evoke Doug & Bob McKenzie. These winter hoops from Cooper are marketed as ideal solutions for daily commuters who drive on plowed and treated roads while dealing with slush and black ice throughout the winter months. 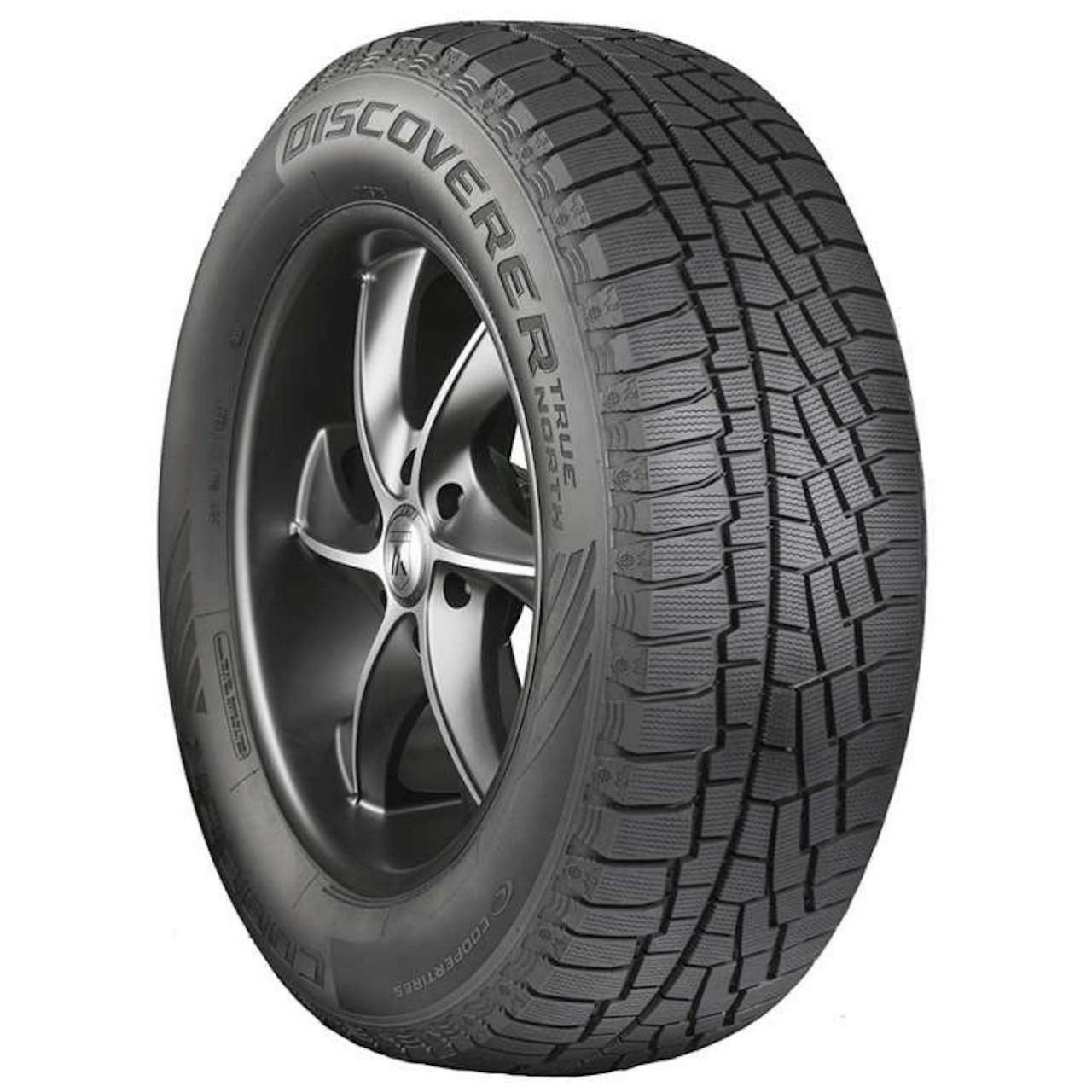 Intended for cars, minivans, or SUVs, these tires have an asymmetrical tread design in which only a single groove makes its way uninterrupted around the tire, dividing the two different tread patterns on this tire, each of which has their own job. Outboard tread has wide circumferential grooves to provide slush and water evacuation. The inboard tread provides more rubber on the road to grip ice and other foul surfaces.

Note well – Dunlop is part of Goodyear’s empire, in case you’re wondering. The WM02 shown here is an evolution of last year’s WM01, developed for the drivers of family sedans, coupes, minivans, and crossover vehicles looking for confident traction and braking in dry, wet, snowy or icy conditions. 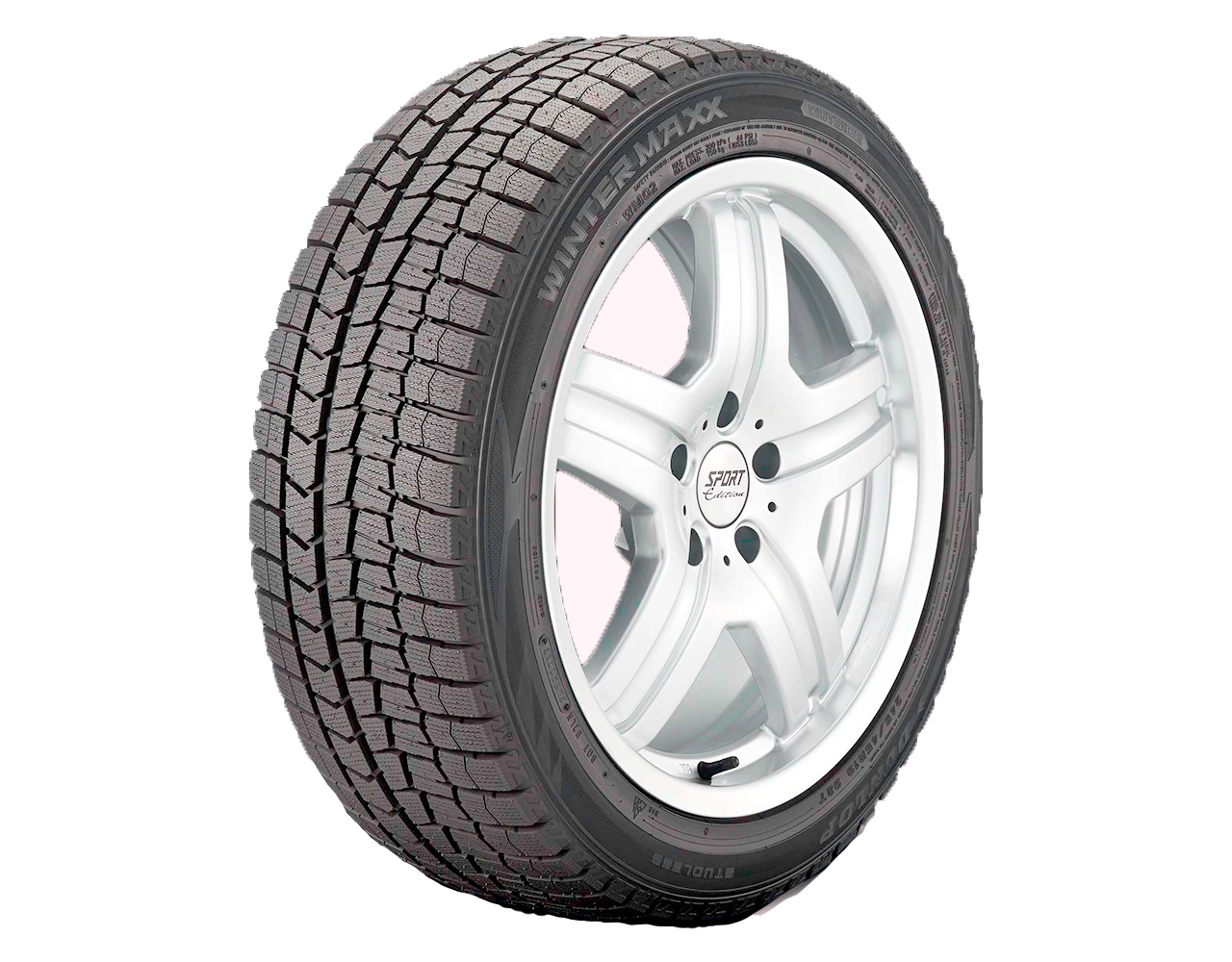 The Winter Maxx WM02 features a winter-focused compound molded into an asymmetric pattern. The broader profile of the Winter Maxx WM02 compared to its predecessor provides more even pressure distribution across the footprint for improved handling and wear characteristics. Increased sipe density creates additional biting areas. The main sidewall branding of this tire simply reads “Winter Maxx”, so look for a small WM02 pattern code below the primary name in order to make sure you’re getting the newest version.

Every single Canadian worth their weight in maple syrup knows the MotoMaster brand, mainly because this country’s health care system issues a Canadian Tire credit card to every newborn. A centre rib of tread blocks separates this tire from its mundane brethren, shaped in a saw-toothed pattern for maximum grip. Its zig-zag shape is said to help spread the traction surface over a larger area. 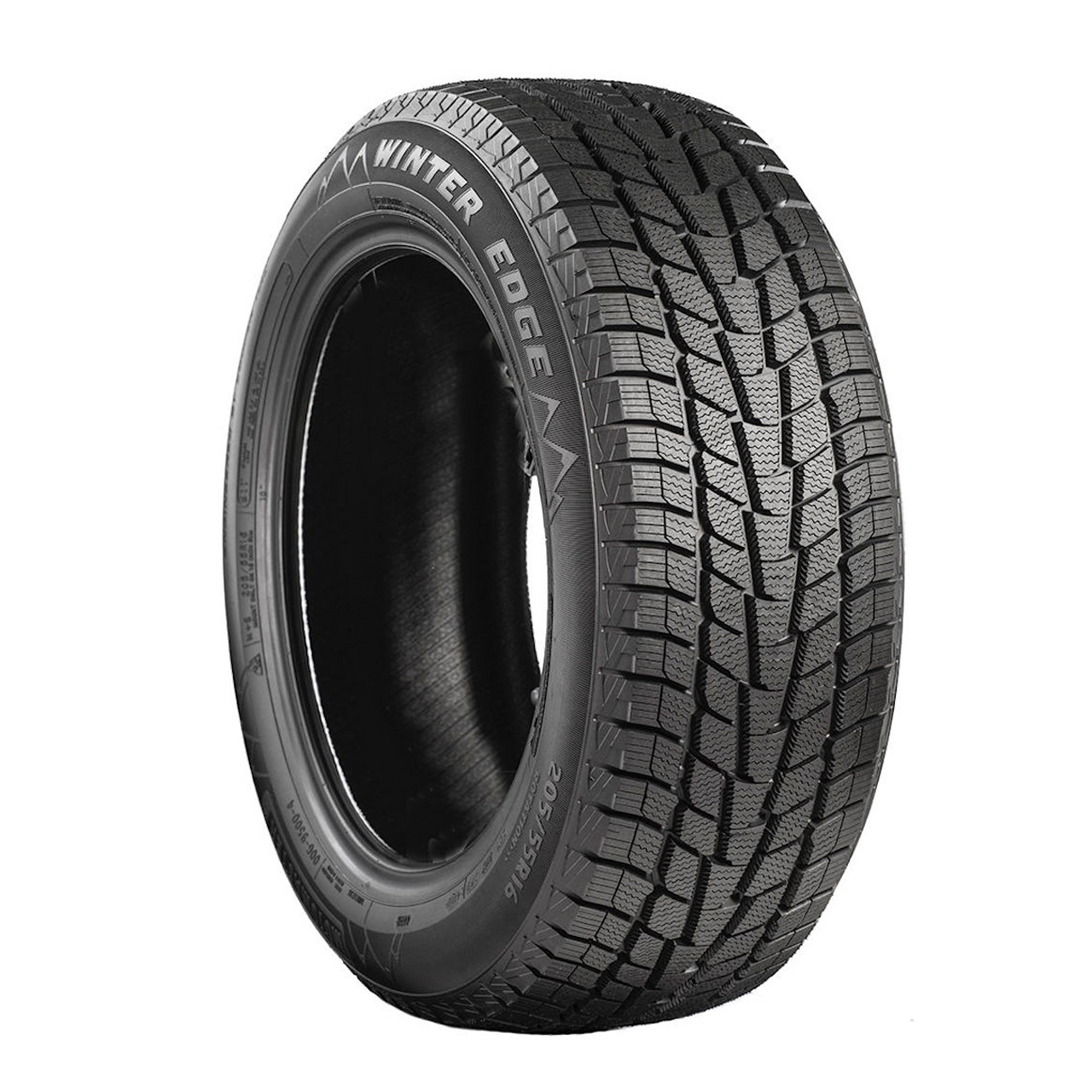 The large number of micro-grooved sipes act as biting edges and are densely populated like the stands of a playoff hockey game. Its compound is comprised of advanced silica and polymers to help keep the tread flexible. It should be noted these are the tires your author uses on his own family car each winter.

Unlike the 9’s profiled from this line of tires last year, the R3’s do not accept studs. Interestingly, they are the only manufacturer on this list who notes that they recommend their winter tire for use on electric and hybrid cars. They make this call based on meeting certain rolling resistance and braking tests. 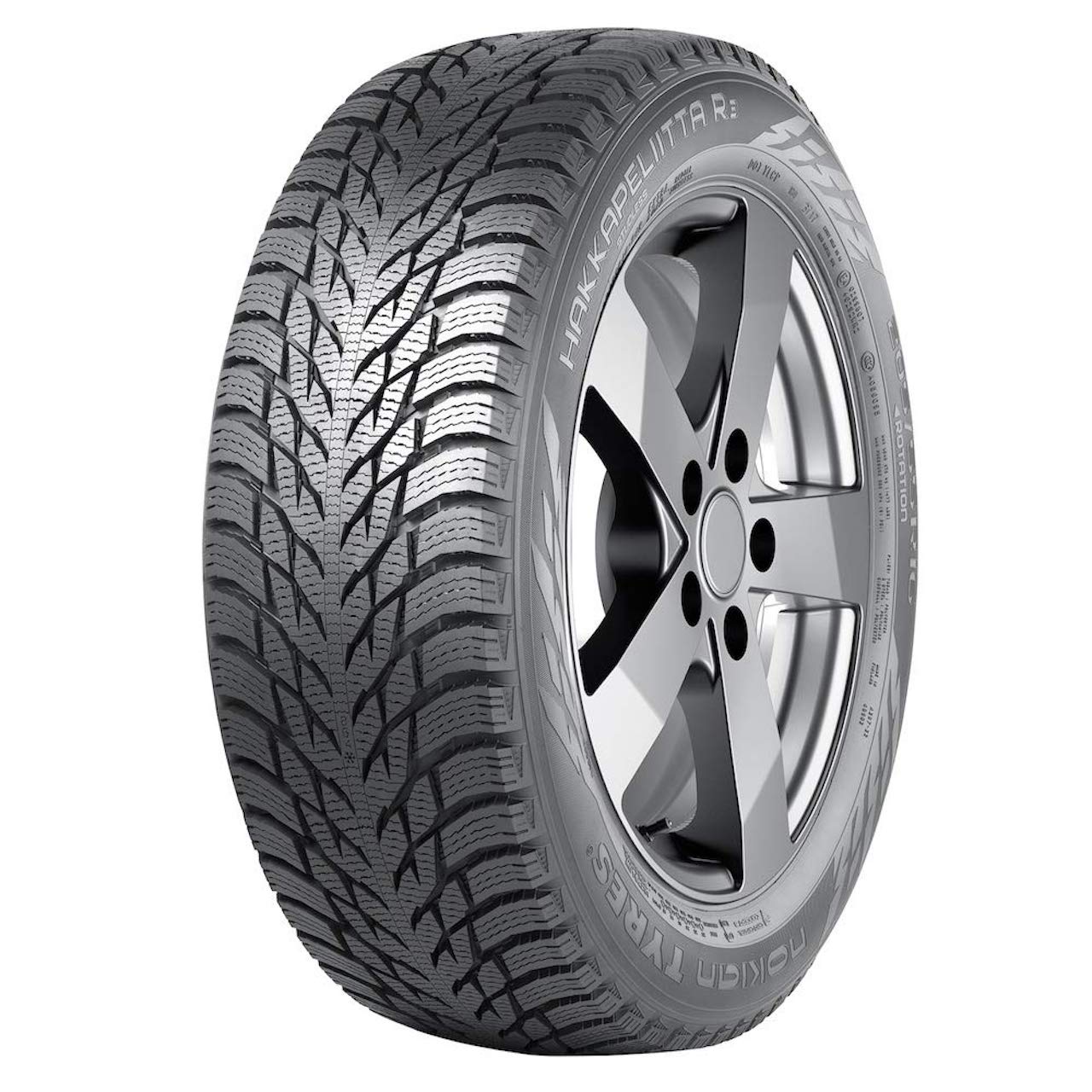 The company has engineered three different types of sipes into this tire, all tasked with their own job and the flexibility to adapt to changing weather conditions. If that centre rib of tread looks like it has claws, give yourself a gold star. Nokian calls them Snow Claws, areas of the tire between the tread blocks and shoulder areas designed to dig into ice and snow during braking and acceleration.

A tread pattern design made up of directional double arrows goes to work gripping deep snow, while the wide twin grooves which appear around the tire take on the task of wet handling and boosting brake performance. Targeted at high-end premium vehicles, they’re available in up to a 21-inch wheel size. Every inch a Pirelli, these things are also available in a run flat version. 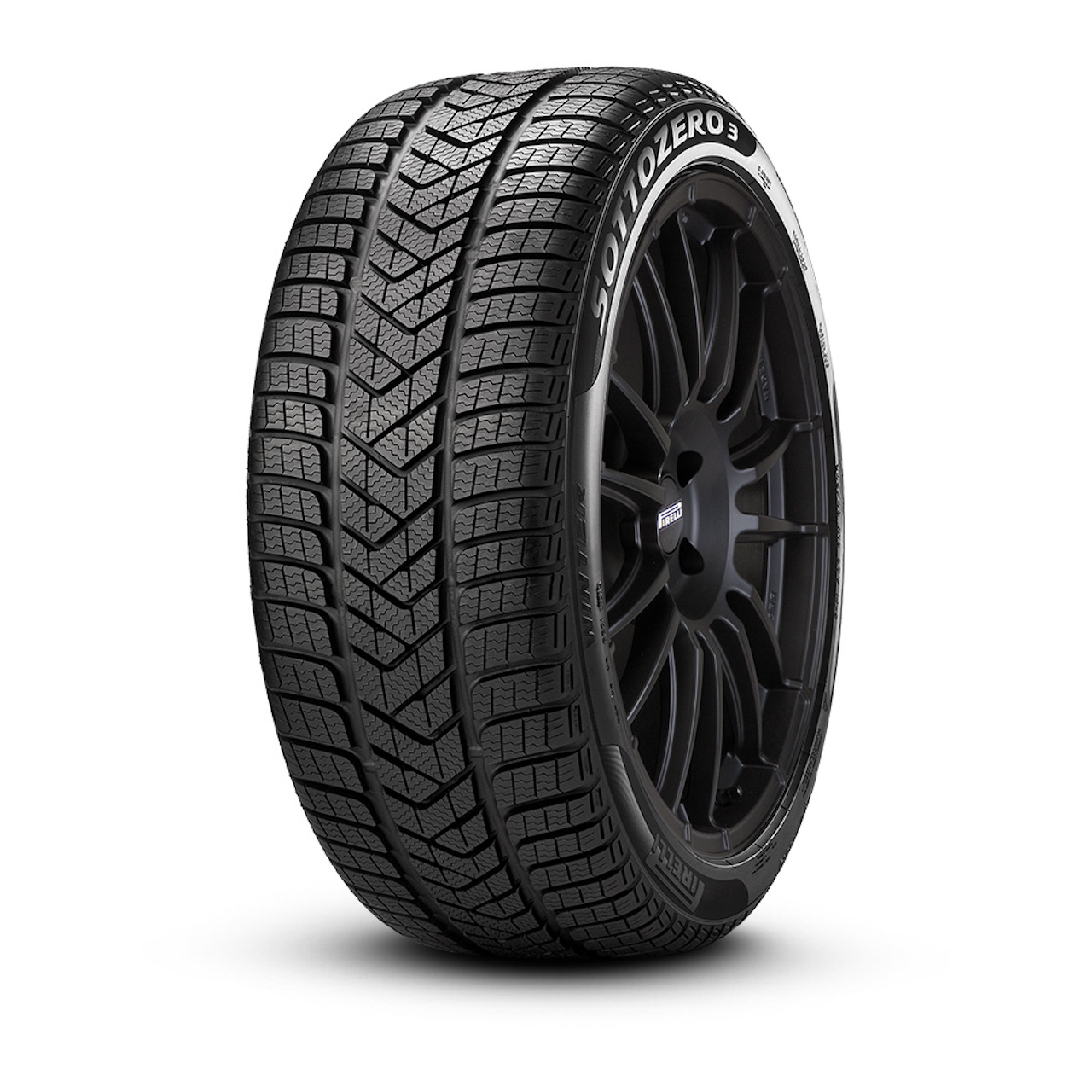 Its so-called optimized compound provides consistent grip throughout a wider working temperature range. This means the tire should provide grip in all winter weather conditions, not just the super cold stuff. Fun to know – Pirelli also just released a P Zero Winter designed for gearheads who want to put winter rubber on their high performance vehicles.

Successor to last year’s iG52c, we tested the iG53 at Circuit Mecaglisse in Quebec last winter, coming away impressed with their ability to grip a snow covered track like a frightened cat grips the living room carpet. Micro diagonal grooves deliver the goods in terms of ice performance, even without a run-in period. Its absorptive tread compound prevents micro-hydroplaning by removing the water layer from the tire surface area, keeping the car connected with the road. 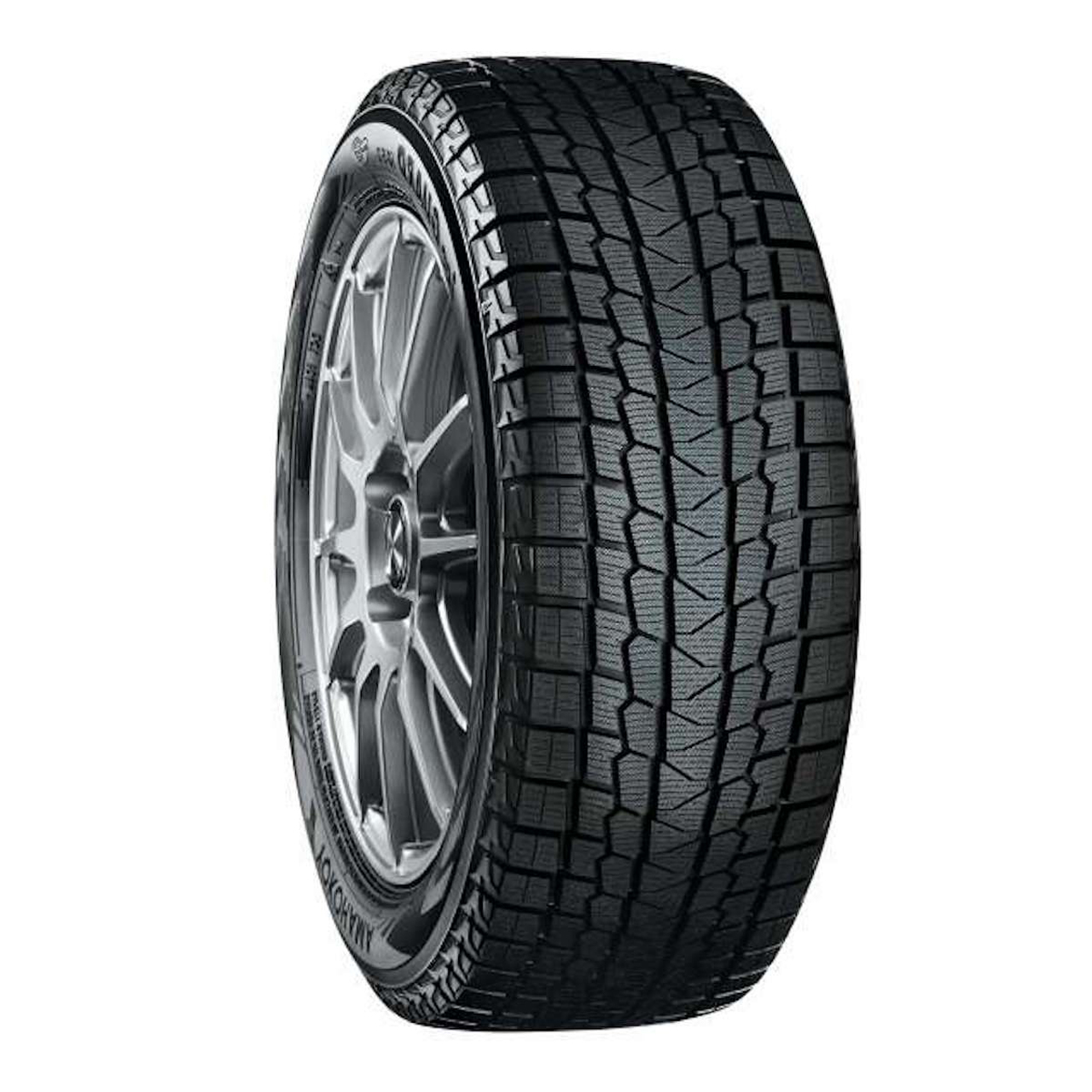 The company figures about 80 percent of Canadian drivers use winter tires, with the majority of those believing they have been saved from at least one accident thanks to the sticky properties of winter rubber. This is a credible claim. Helping the iG53 with that assertion are the surfaces of the tires, covered in 3-D sipes which support the tread blocks, helping to eliminate the traditional ‘squishy’ feeling of winter tires.