Eight Import Brands That Bit the Dust in Canada

Despite the seemingly dizzying array of new models available today, there are really only about 30 mainstream automotive brands in the Canadian market.

Since the dawn of the automobile age, more than 1,000 car companies have opened and subsequently shut their doors for good. Looking for parts for your Stanley Steamer? Even the Internet is not going to be of much help now.

Despite the seemingly dizzying array of new models available today, there are really only about 30 mainstream automotive brands in the Canadian market. Go back 35 years and buyers had a lot more choice, especially if you were in the market for a European import.

Homogenization of the North American market and consolidation of manufacturing capacity worldwide have led to fewer brand choices – not an altogether bad thing if it means no more Austins and Ladas clogging up our streets.

Here are eight European brands that have disappeared from our shores in the last three decades – iffy dependability played a role in their retreat – although a few are threatening to make a comeback. 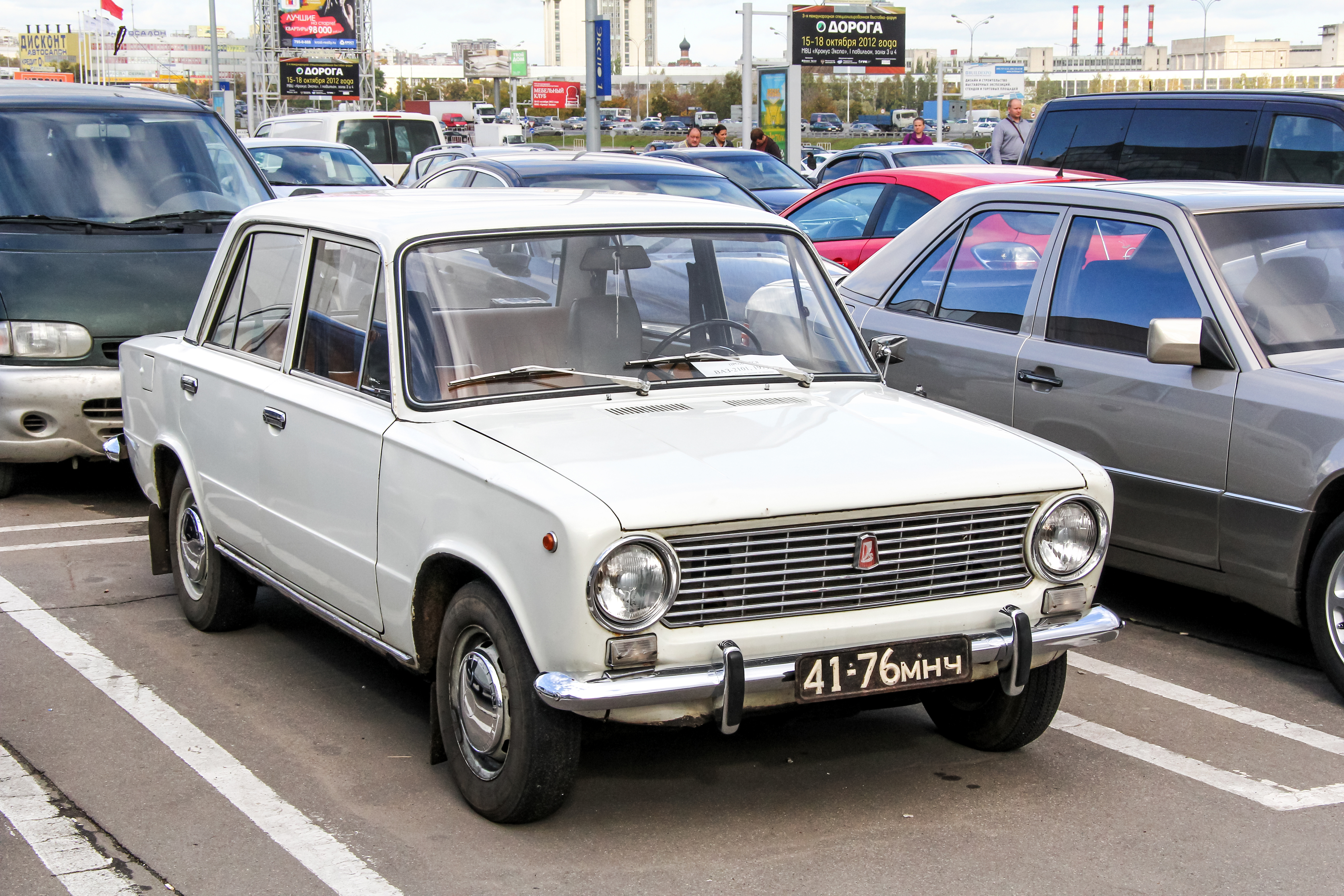 The aging Fiat 124 rear-drive sedan was dispatched to the Soviet Union to begin a glorious second life in the workers’ paradise in 1970. Production commenced in an ultra-modern plant Fiat had designed for the Russians. The rechristened VAZ-2101 benefited from 800 modifications, including a different overhead-cam engine, aluminum drum brakes, sturdier suspension and thicker body stampings. Early models even featured a hand crank – useful during those battery-killing Siberian winters.

Eager to earn some hard currency, the Soviets prepped the Lada for export in 1974 when Fiat retired the 124, freeing its Commie cousin to assault foreign lands with its ultra-low sticker price. Buoyed by healthy sales in the U.K., Lada brought the Signet 1500 to Canada in 1979, where it sold in decent numbers for several years. The Niva 4×4 utility vehicle also made friends here.

Weirdly, a large number of the 75,000 vehicles Lada sold over its 20-year history in Canada were shipped back to Mother Russia, where buyers were happy to get Canadian models more quickly than a new one. By the mid-1990s, sales slowed to a trickle as Canadians embraced inexpensive Hyundais and Lada balked at adopting the incoming OBD II emissions standards required by the government. 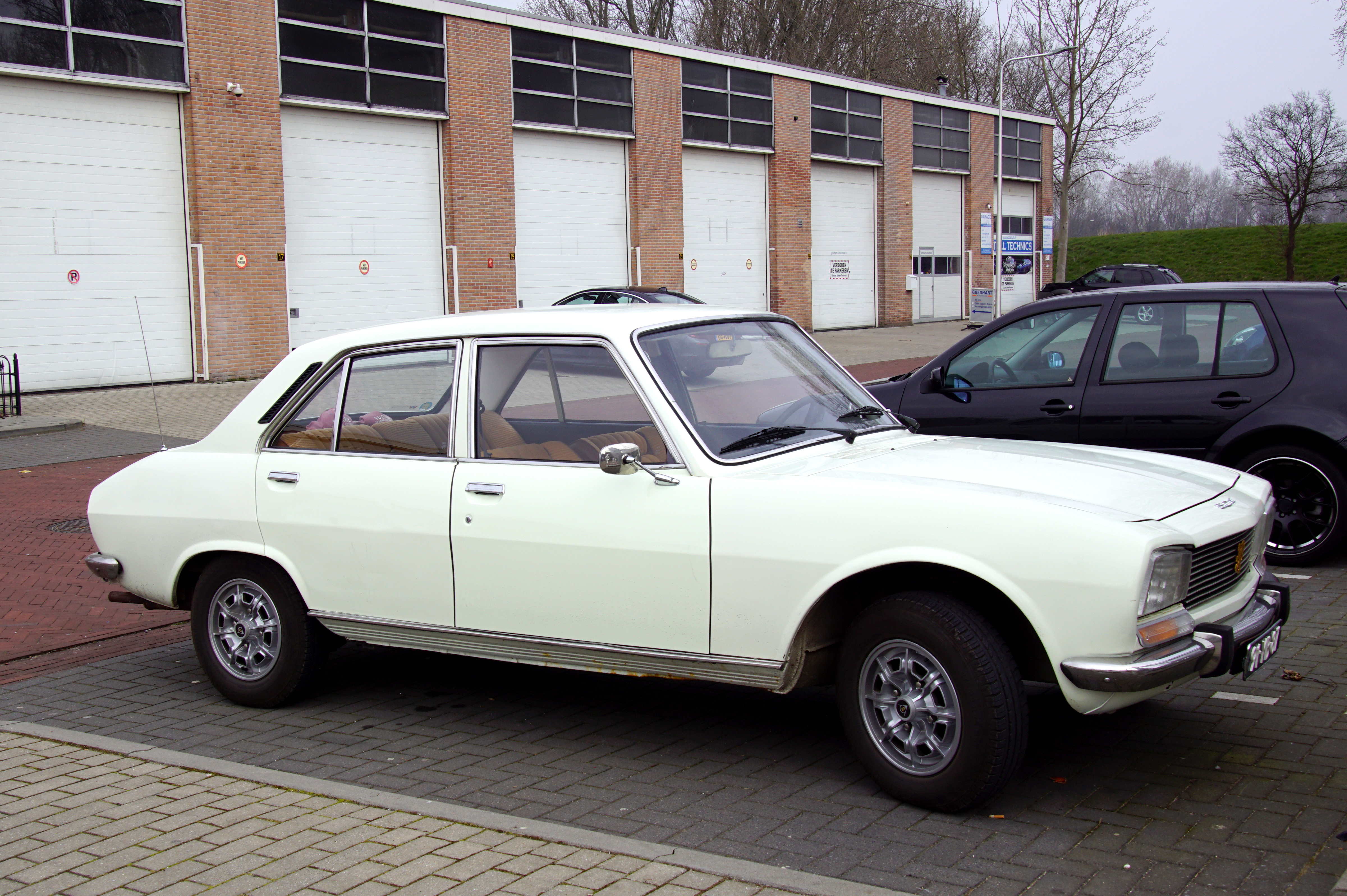 Armand Peugeot’s first automobile was powered by a steam engine in 1889, but the concept was abandoned in favour of an internal-combustion engine built under licence from Gottlieb Daimler. By the turn of the last century, France’s Peugeot was making hundreds of cars and racing them, using solid rubber tires – a new idea – produced by a company called Michelin.

Peugeot arrived in the U.S. in 1958 and soon introduced the 404 sedan, which won the brutal East African Safari road race several times in the 1960s – not bad for a dainty French car. It wasn’t exciting to drive, but it was built like a Soviet tank. The 404 was replaced by the more contemporary 504, which never quite matched the reliability of its predecessor.

The last time you could buy a Peugeot in Canada was in the early 1990s. Now, Groupe PSA – which includes Peugeot, Citroën, DS and newly acquired Opel – plans to re-enter North America by launching a car-sharing service in Quebec first, then slowly introduce its own products into those fleets. Once their stylish cars become a familiar sight, PSA will begin selling them to North Americans. It’s a cunning 10-year plan. 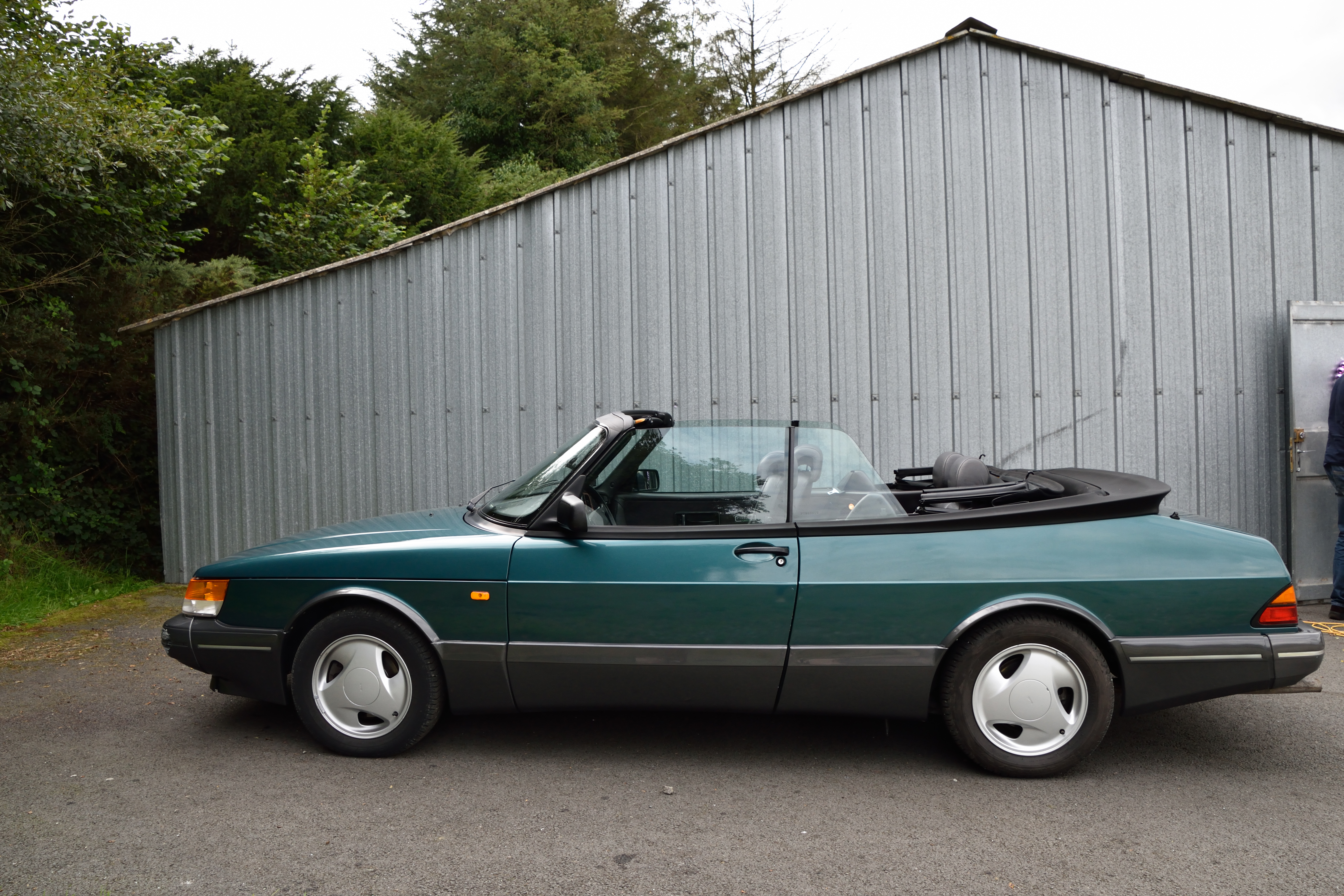 Established in 1937, the Svensk Aeroplan Aktiebolag supplied aircraft to the Swedish Air Force, but with the end of WWII in sight, Saab realized it needed a product for peace time and began developing a small, affordable passenger car as a foil to Volvo. Saab could never boast that it was started by car fanatics; among the 16 engineers first employed by the fledgling firm, only one possessed a driver’s licence.

Encouraged by Volkswagen’s success in America, the two-stroke, three-cylinder Saab 93 was the first model to come to North America in 1956. Ugly but endearing, the front-drive car won a cult following. It was followed up by the iconic 99 and the 900 hatchback. General Motors bought into the automaker in 1990, and new products began to share technology with GM partner Opel.

Saab’s unique approach to engineering and design continually challenged industry norms. It gained a reputation for innovations such as heated seats, self-repairing plastic bumpers and direct injection. Regardless, ailing GM sold off its Swedish asset in 2010, and Saab Automobile ended up in Chinese hands. The new company, National Electric Vehicle Sweden (NEVS), will produce all-electric versions of the venerable 9-3 sedan. 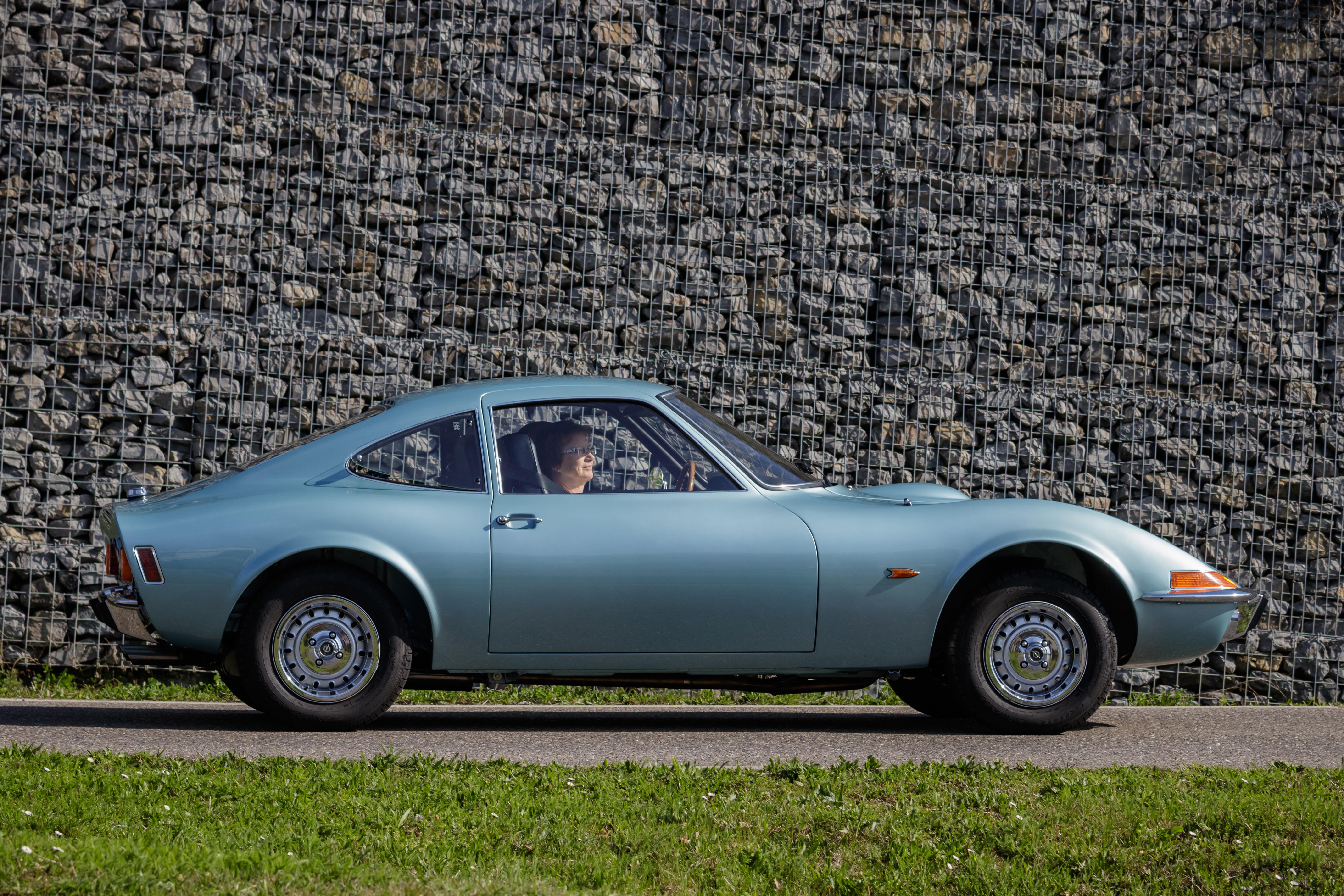 Former sewing machine and bicycle cobbler Opel had become the largest automobile company in Germany by 1914. Being a progressive organization, it employed women and set standard working hours and a minimum wage through collective bargaining. Mired in recession in 1929, Opel found a strong industry partner in General Motors, which purchased it outright before relinquishing control to the Nazis.

GM reclaimed Opel after WWII and production ramped up as new compact car designs found a receptive audience in the 1950s. Opel was the largest car manufacturer in Germany again by 1972. Opels were marketed in North America through Buick dealers between 1958 and 1975; memorable models included the swoopy Opel GT (1968-1973) and Manta coupe (1971-75).

More recently, Opels were rebadged as Cadillacs, Saturns and Buicks. The firm is lauded for its engineering, including the world’s first diesel engine to combine four-valve technology with direct injection and turbocharging in 1996. Last year, Groupe PSA scooped Opel from GM for 2.2 billion euros. While it will continue to supply Buick models to GM, Canadians may see future Opel-branded products show up in PSA’s car-sharing fleet. 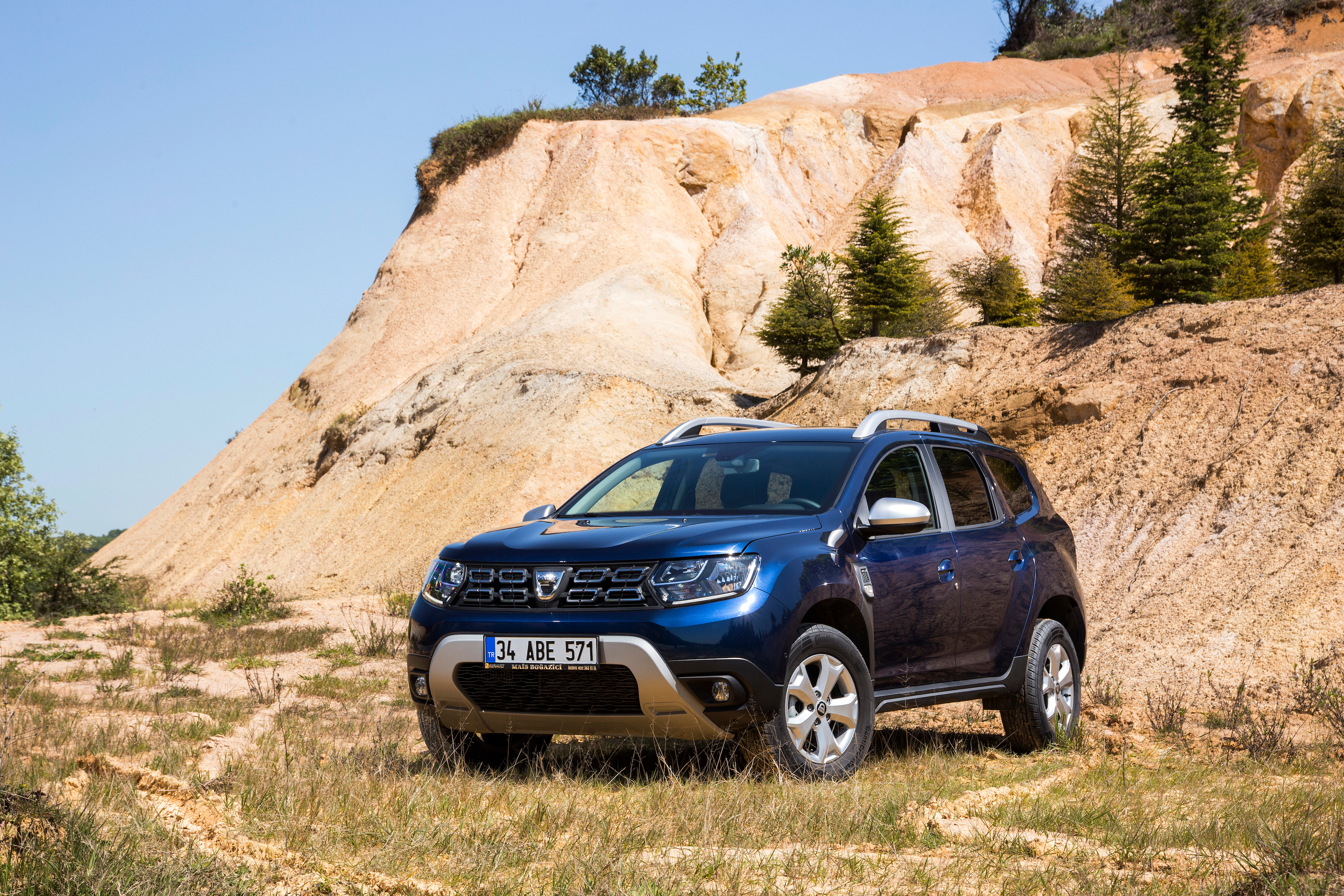 If the Soviet Union could make a car worthy of export, so too could little Romania, also tucked behind the Iron Curtain. Dacia began in 1966 and, like Lada, it went dumpster-diving for old tooling that western automakers were abandoning. It found some at Renault, which sold the Romanians the dies for the Renault 8 and larger 12 models.

The first Dacia 1100 sedan, based on the R8, was released in 1968 and became a minor hit in its domestic market, whose consumers didn’t have a lot to choose from. The water-cooled, rear-engine, rear-wheel drive car was not a great driver, but it got the job done in agrarian Romania. The more modern Dacia 1300 (R12) was a front-wheel drive sedan and wagon that sold considerably better and was eventually groomed for export.

Dacia arrived in Canada in the mid-1980s and plumbed the extreme cheap end of the market. Dacia advertised among the used-car classifieds ads, touted as an inexpensive alternative. The Canadian-market Dacia 1310 (dubbed GTL) featured twin fuel tanks, black fascias and a trunk spoiler, but it didn’t last long. Today the automaker, now a subsidiary of Renault, is winning market share in Europe with its low-priced fare, exemplified by the Duster SUV. 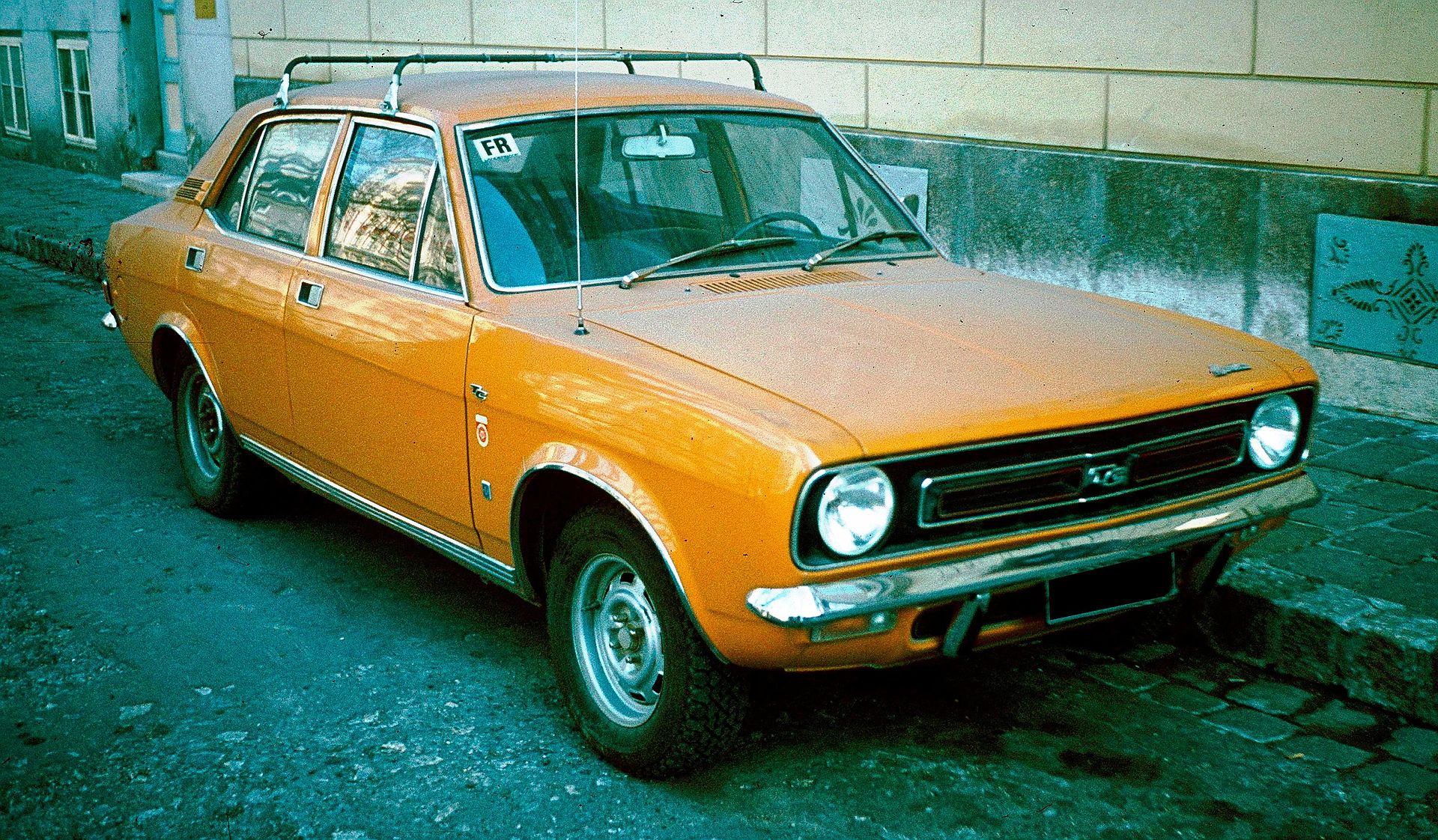 In the 1950s and ‘60s imported cars in Canada largely arrived from two nations: Great Britain and Germany. British Leyland, formed in 1968, brought together many of the island nation’s familiar nameplates under one unified engineering and manufacturing conglomerate that made up 40 per cent of the U.K. car market. Dubbed “British General Motors,” it included Austin, Morris, Mini, MG, Rover, Triumph, Jaguar and Land Rover.

Unfortunately, British Leyland started out selling woefully outdated designs and was dogged by labour strife and reliability issues. Ford of Europe, Vauxhall (General Motors) and importers such as Volkswagen and Renault were eating BL’s lunch at home. In 1975 the company was partially bought by the British government, which hamstrung the automaker with more oversight and interference.

Canadians had embraced many of Britain’s venerated sports cars early on, but dependability concerns were rampant. The 1972-78 Austin Marina – a family car designed specifically for North America – looked good but it was a fixture in service departments. Sales plummeted as Canucks turned to more reliable Japanese models, and BL quietly exited the market in the 1980s. BL was eventually dismantled, with Mini now owned by Germany’s BMW, and Jaguar and Land Rover acquired by India’s Tata Motors. 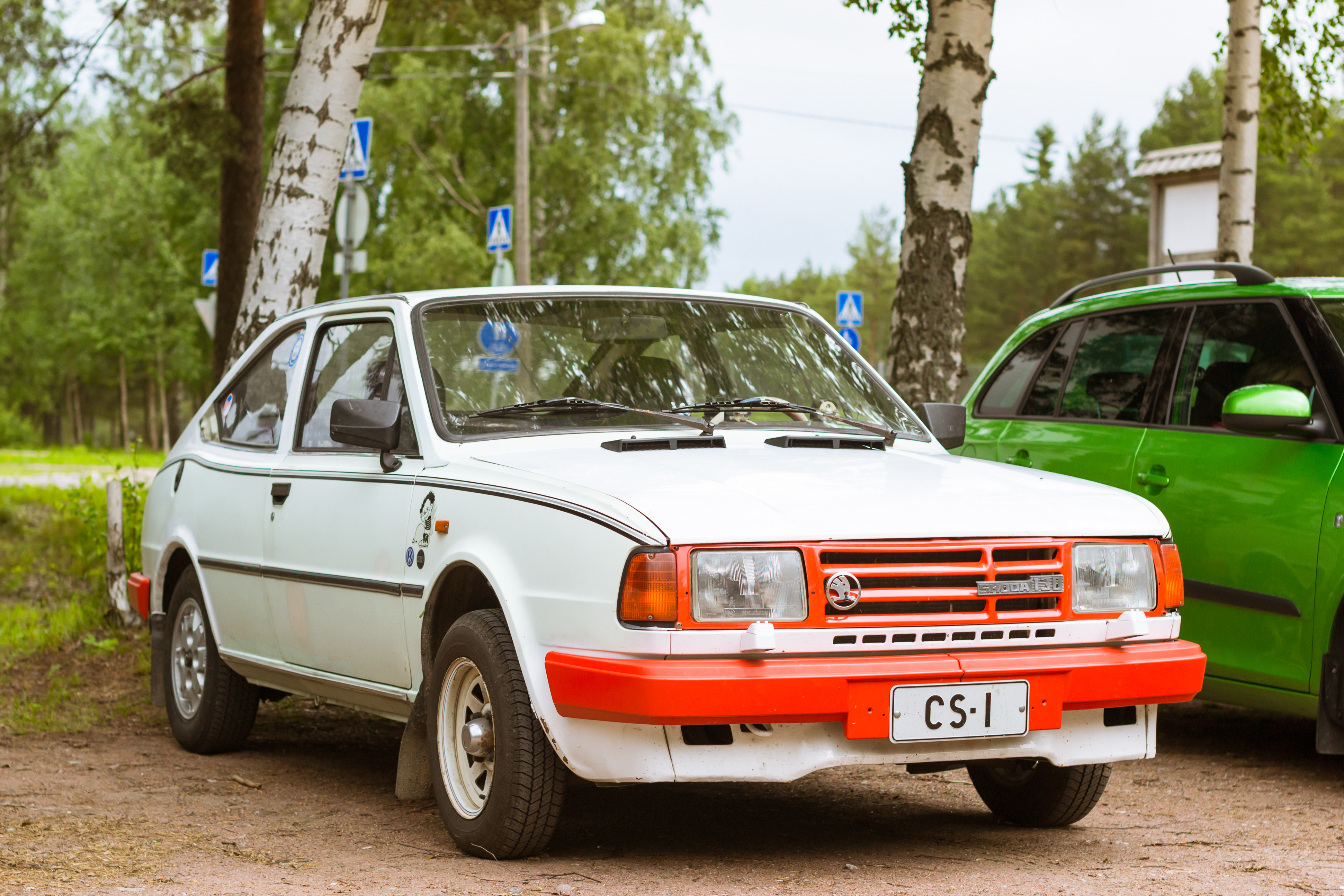 Unhappy with his bicycle, Czech bookseller Vaclav Klement sent it back to the German manufacturer and got a letter in return, instructing him to write his complaint in a language they could understand. Miffed, he started his own bicycle company with Vaclav Laurin, and went on to build their Slavia motorcycle in 1899. By 1905 their firm was making automobiles, and in 1925, the company was acquired by Škoda Works, which became the overarching brand.

The four-cylinder Škoda Felicia was imported into the United States in 1960, but reliability issues dogged the Czech car and its dealers quickly closed shop. Prompted by Lada’s success in Canada, Skoda brought its 120/130 sedans and coupes here in 1982, complete with their rear-mounted engine and swing-axle suspension – not unlike the classic Volkswagen Beetle.

Škoda’s fuel-injected 1.3-L engine barely made enough power to allow the 135 sedan to hit 97 km/h in 12 seconds flat. But with an entry price of $7,000 and a decent warranty, the Skoda was a minor commercial success for a few years. The importer withdrew from Canada in 1989 when Korean upstart Hyundai found traction in the market. Today, Škoda forms part of the Volkswagen Group. 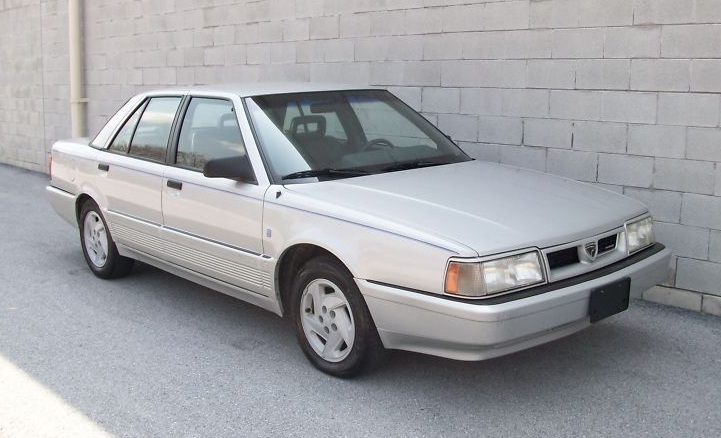 Established in 1899 by French engineer Louis Renault, the automobile company that bears his name got off to a quick start by supplying taxis to several big cities and becoming the biggest auto importer in America – in 1907. Renault also learned the value of auto racing to brand reputation early on, which helped make it a household name in Europe.

North American sales were never strong, so Renault took a gamble by buying American Motors, Detroit’s smallest auto company, in 1980. It bet the farm on a lighter, unibody Jeep called the Cherokee in 1983. While it was a success, Renault struggled and sold its stake in AMC to Chrysler in 1987. The last French-made Renault was imported in 1989.

Canada was a key beneficiary of the Renault-AMC venture by gaining an advanced assembly plant near Toronto, where the all-new Premier sedan was built for Chrysler’s Eagle brand. The front-drive car didn’t last long, but the factory did, which today makes Fiat Chrysler’s popular rear-drive sedans and high-performance models. Renault CEO Carlos Ghosn has rejected any notion of bringing the brand back to North America, citing the hyper-competitive market here.