Some manufactures managed to take a slightly bigger bite out of the Big Apple.

When your planning a display for a show in the city of cities that is New York City, you better make sure your exhibit can capture the hearts and minds of folks that have just finished ascending the Empire State Building, or eating one of NYC’s well known – and extra large – pizza slices. For this year’s New York International Auto Show, some manufactures managed to take a slightly bigger bite out of the Big Apple. 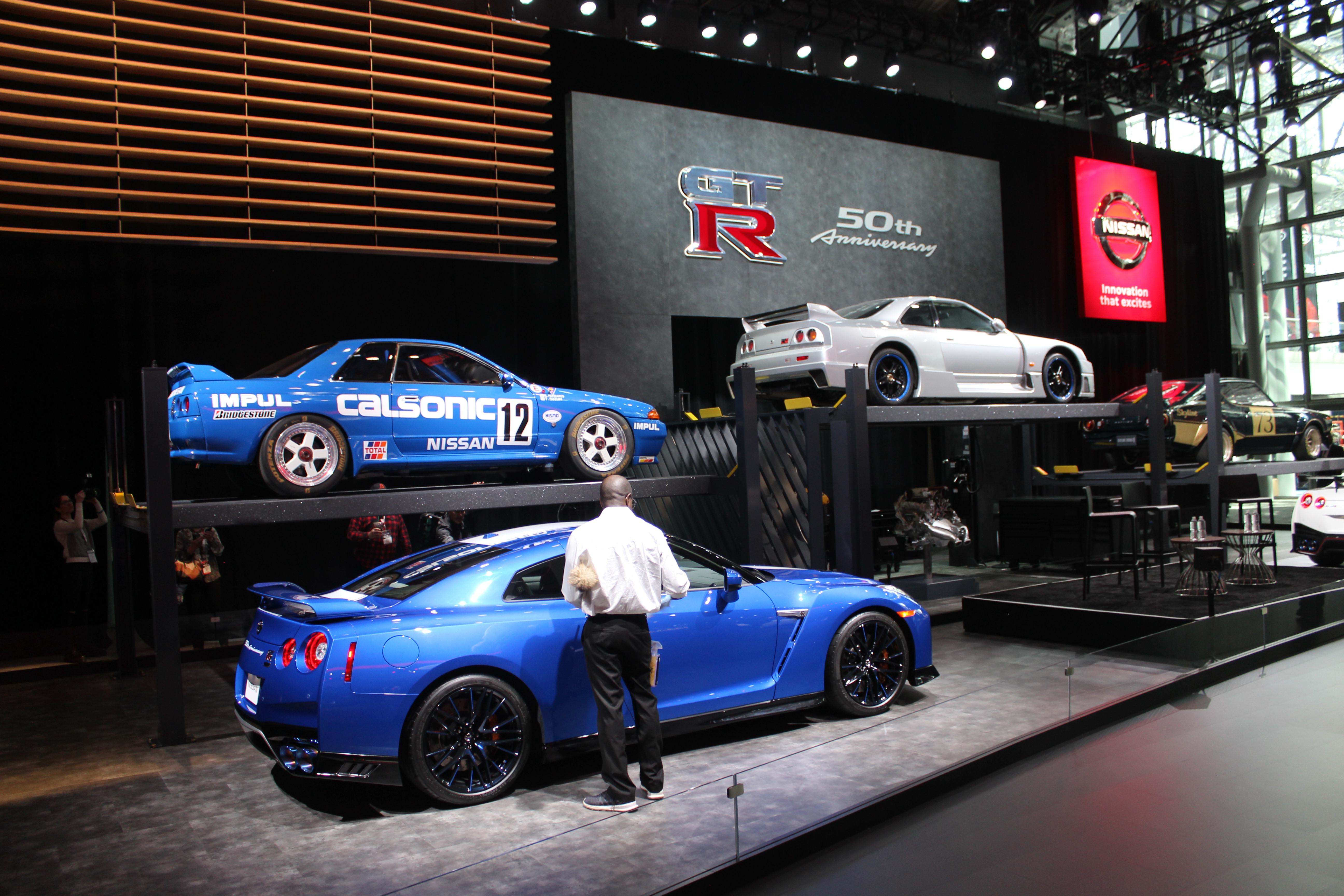 Sure; Nissan was unveiling two special 50th Anniversary editions of their popular 370Z and GT-R sports/supercars, but there was no way either of those – cool as they were in their retro-inspired liveries – were going to match up with the other stuff Nissan brought along for the ride. How about a real-life GT-R LM, a car that most of us never thought we’d see outside of the Gran Turismo or Forza Motorsport video game series? They had one. What about a Skyline R32 Group A spec racer, in classic Calsonic livery? Yep! How about a ’72 2000GT-R? You bet! I could spend hours, just at this one spot. 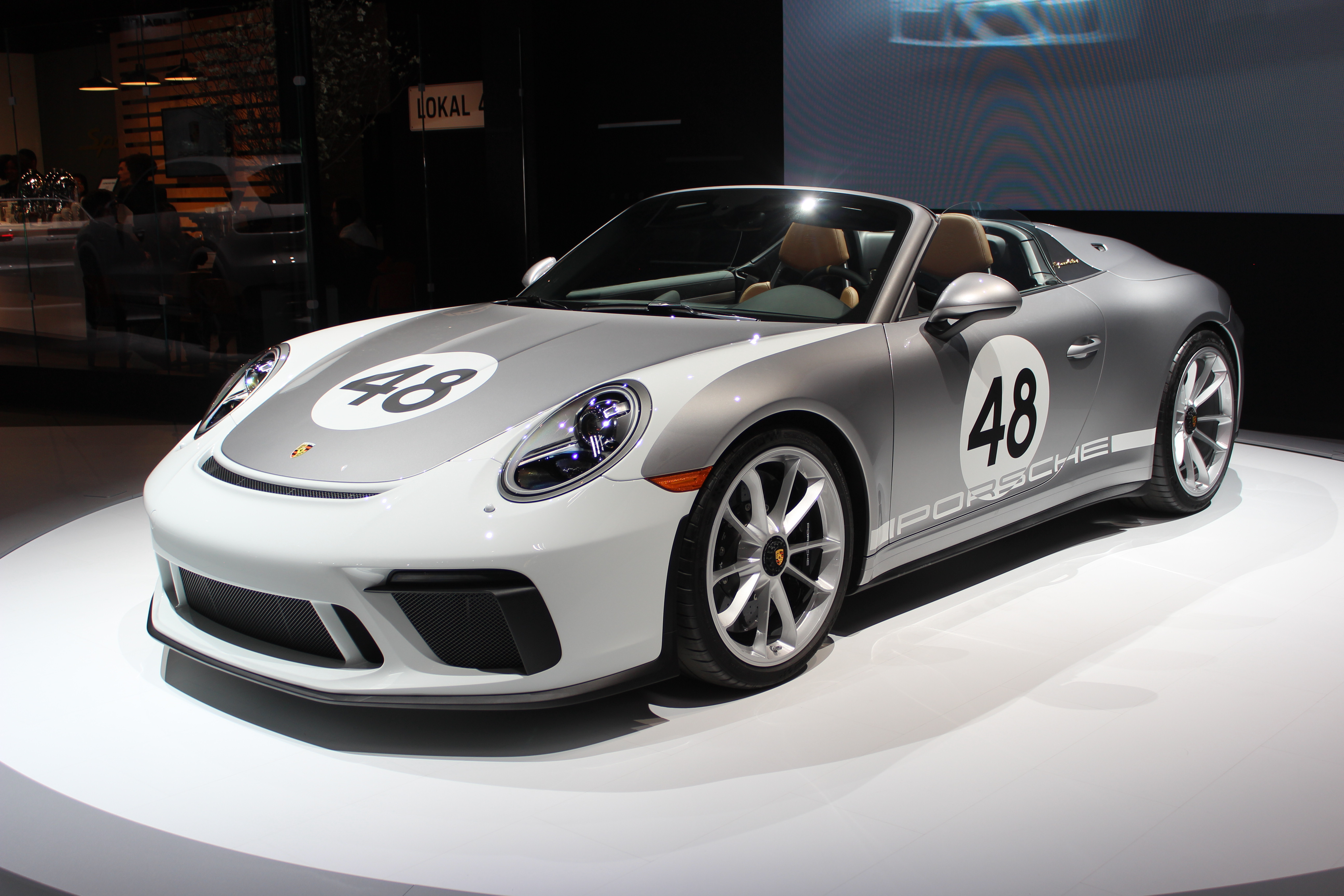 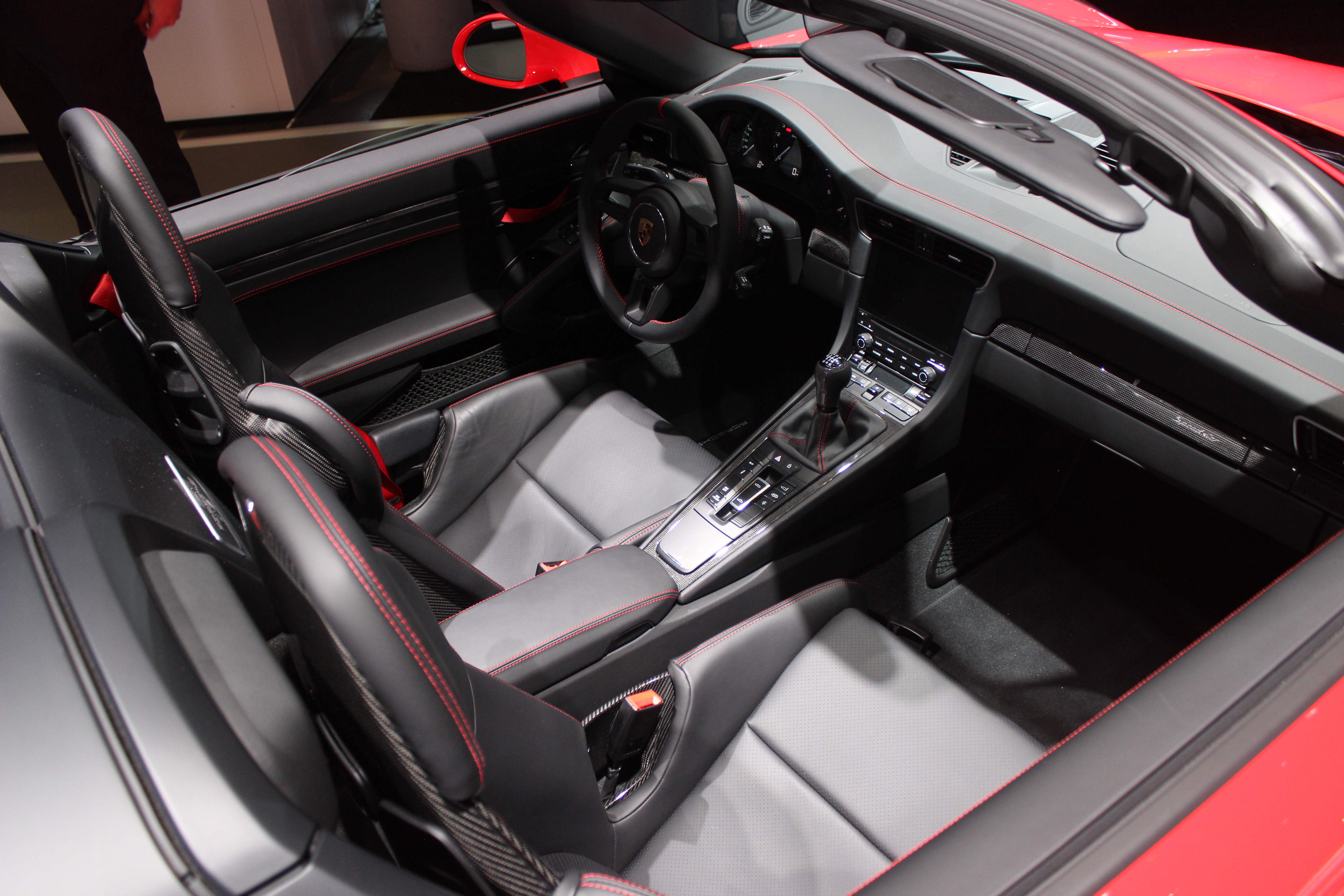 A lucky few got a peek at the concept of this latest Porsche special edition at 2018’s Rennsport Reunion in California, but this was the first time we were to see the production version in the metal. Having been one of those lucky few that saw the concept, I can say that the production version doesn’t disappoint, what with its GT3 RS-derived powertrain, classic double-bubble tonneau cover and six-speed manual, your only transmission choice. Got a spare $315,000 lying around? 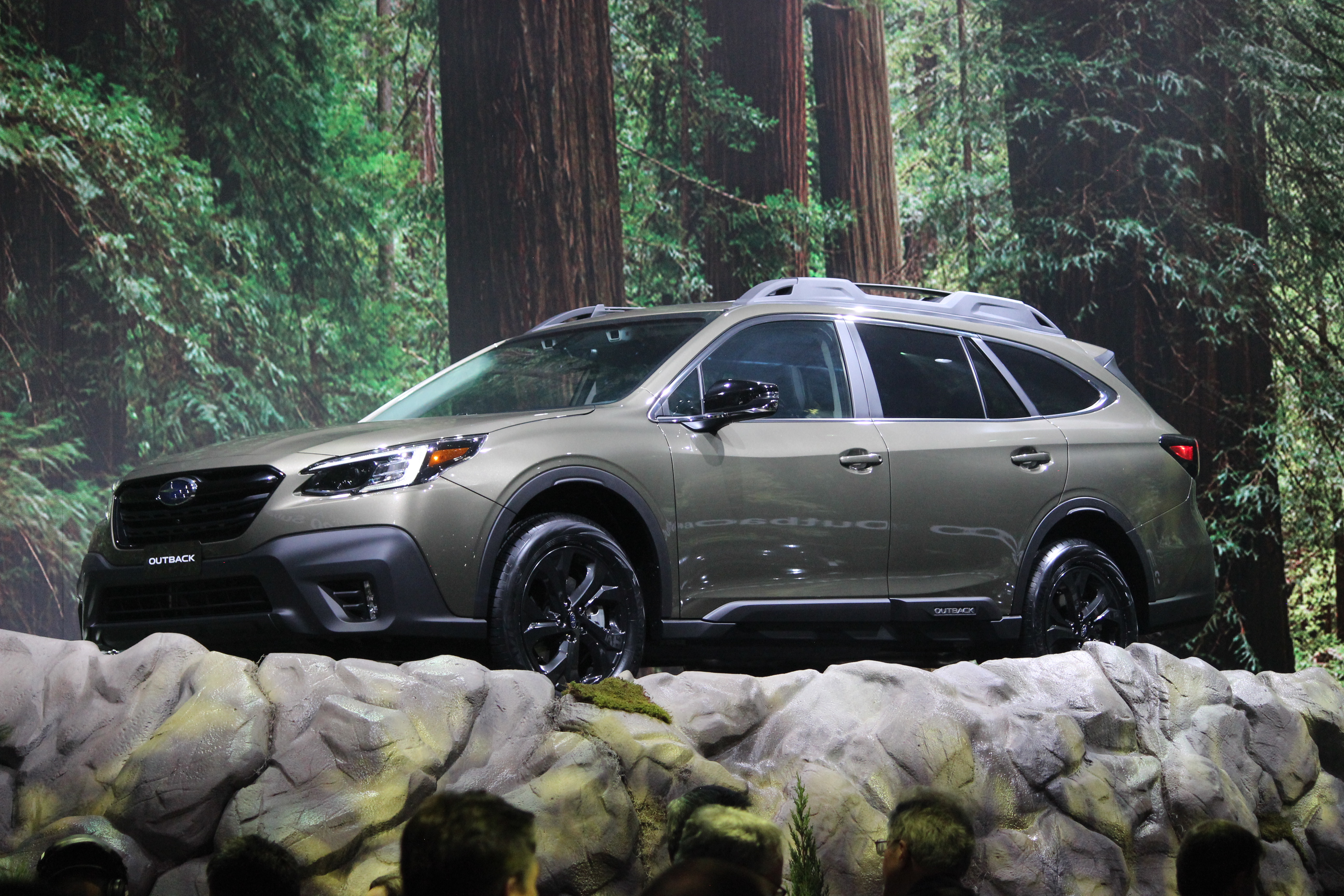 The car was fine – new styling, return of an XT version with turbocharged power – but it was more the way it was presented that stopped show goers in their tracks. Since they sell so many of these in the Pacific Northwest, they brought the Pacific Northwest to Javits Center, complete with evergreens and a ranger station. They even misted in the smell of pine and soil! 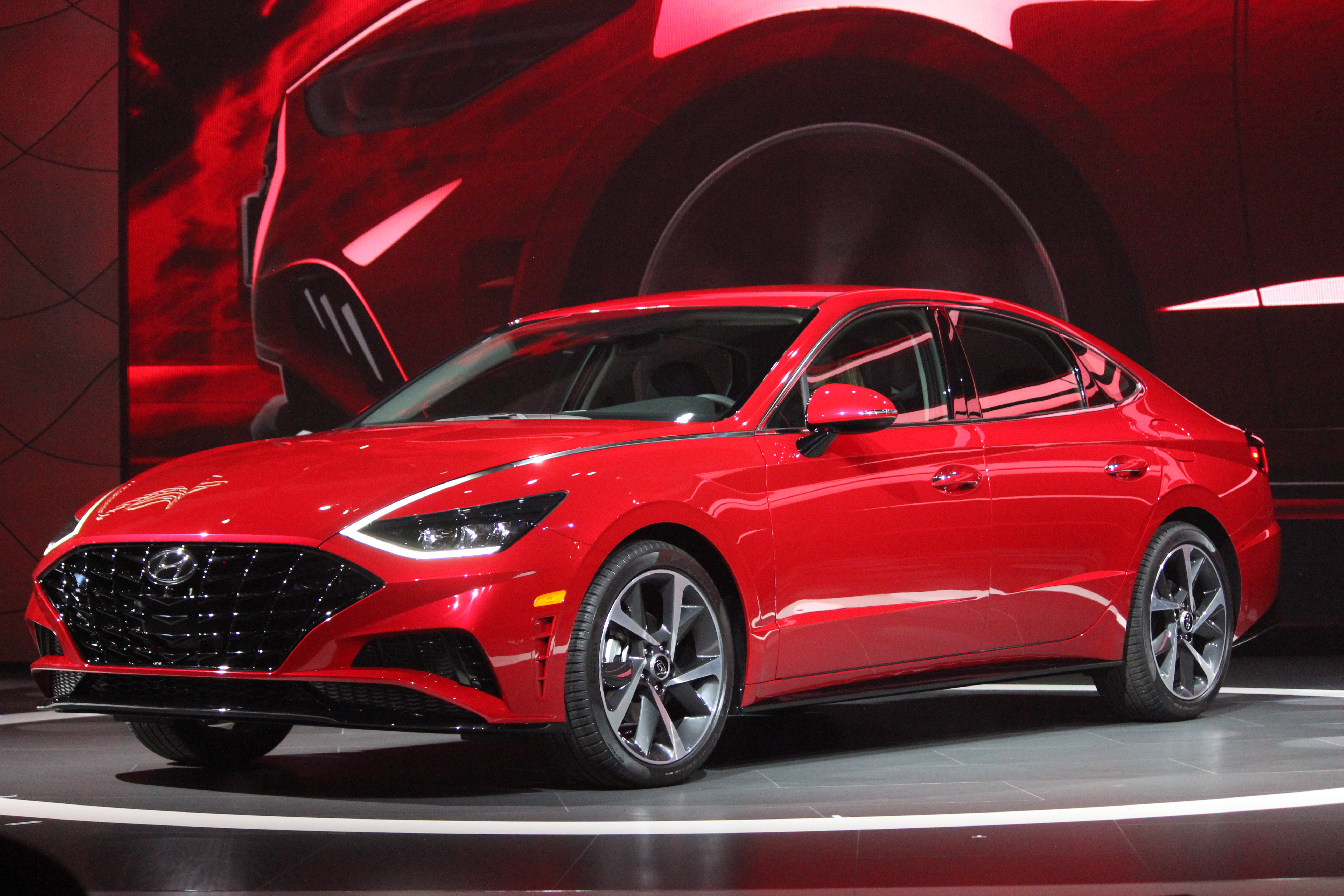 What? A plain-Jane family sedan on a Best Of list? Actually, yeah; the Sonata’s a pretty big seller for Hyundai, so it’s interesting how they’ve taken such a risk with the styling, from the hatchback-like profile, to the way silver strips come off the headlights, giving an impression that they move far up the hood. The taillight treatment, meanwhile, is a formidable effort at channelling the Polestar concepts that dominated the auto show circuit this year. 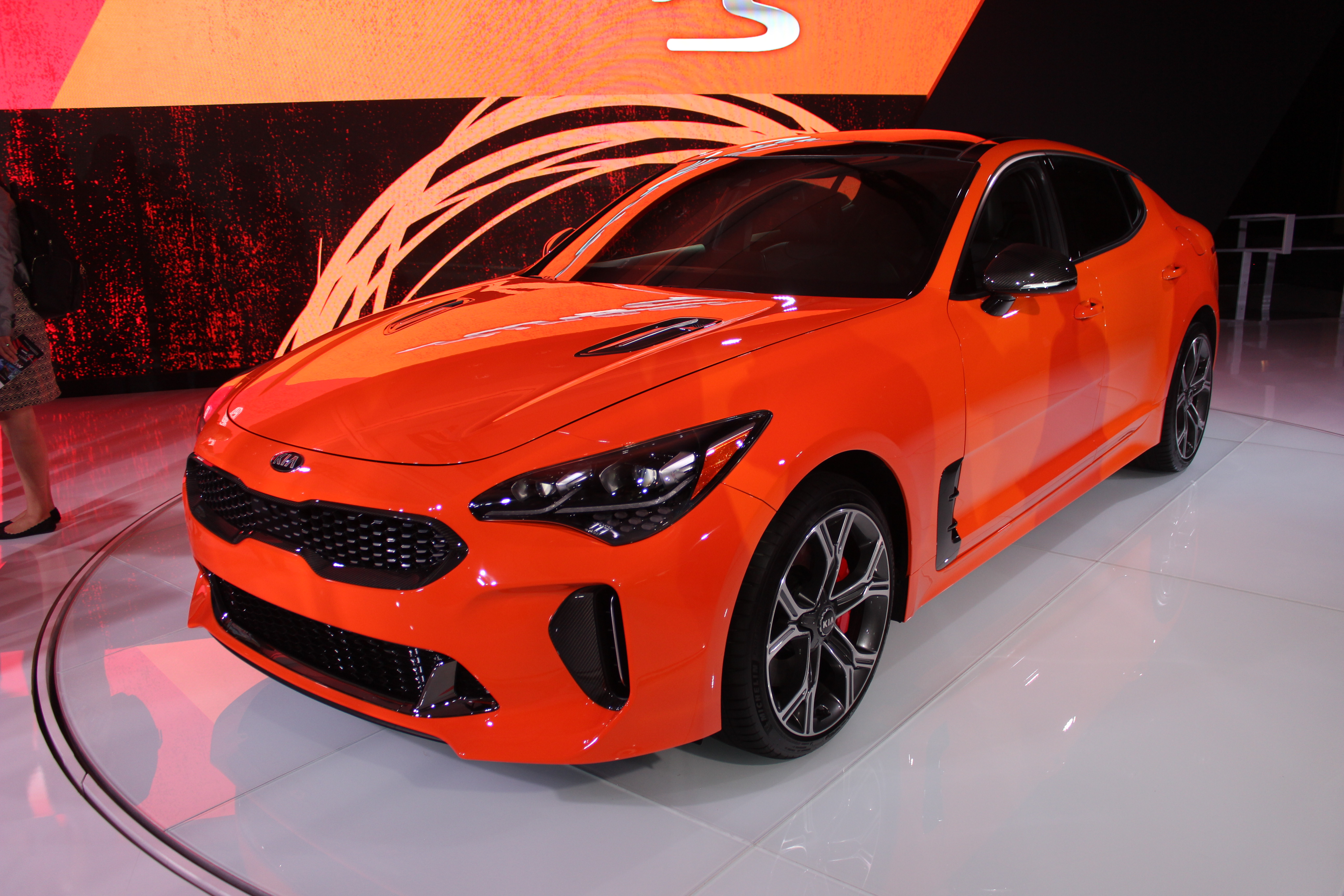 The Stinger actually beat the Sonata to the punch in the who-can-do-the-best-Audi-A7 impersonation sweepstakes, first appearing over two years ago. Now, there’s an ever crazier one, with bright orange paint and – wait for it – a drift mode. Just like the Focus RS! Only 800 are going to be built; too bad there are no plans for Canada at this juncture. 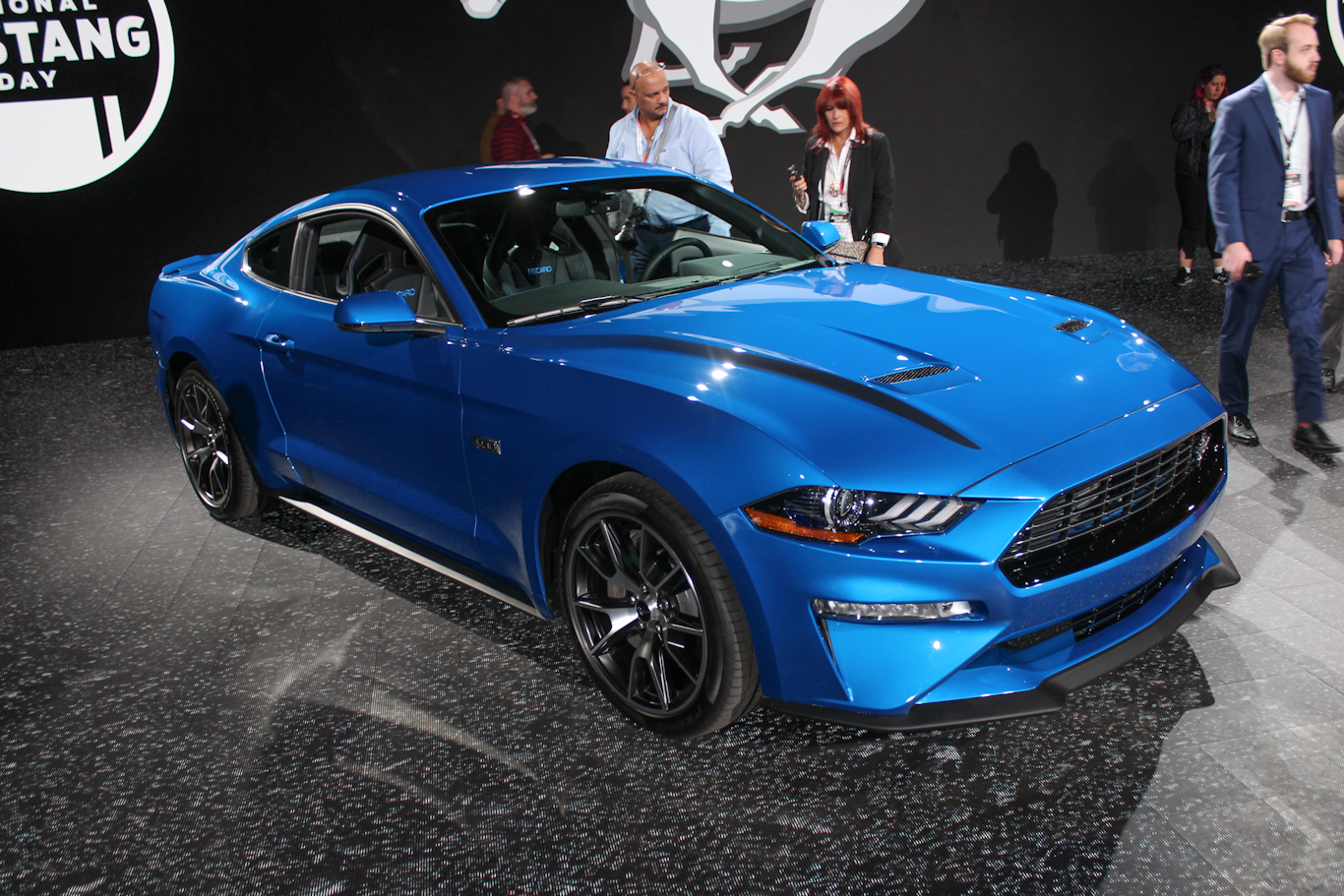 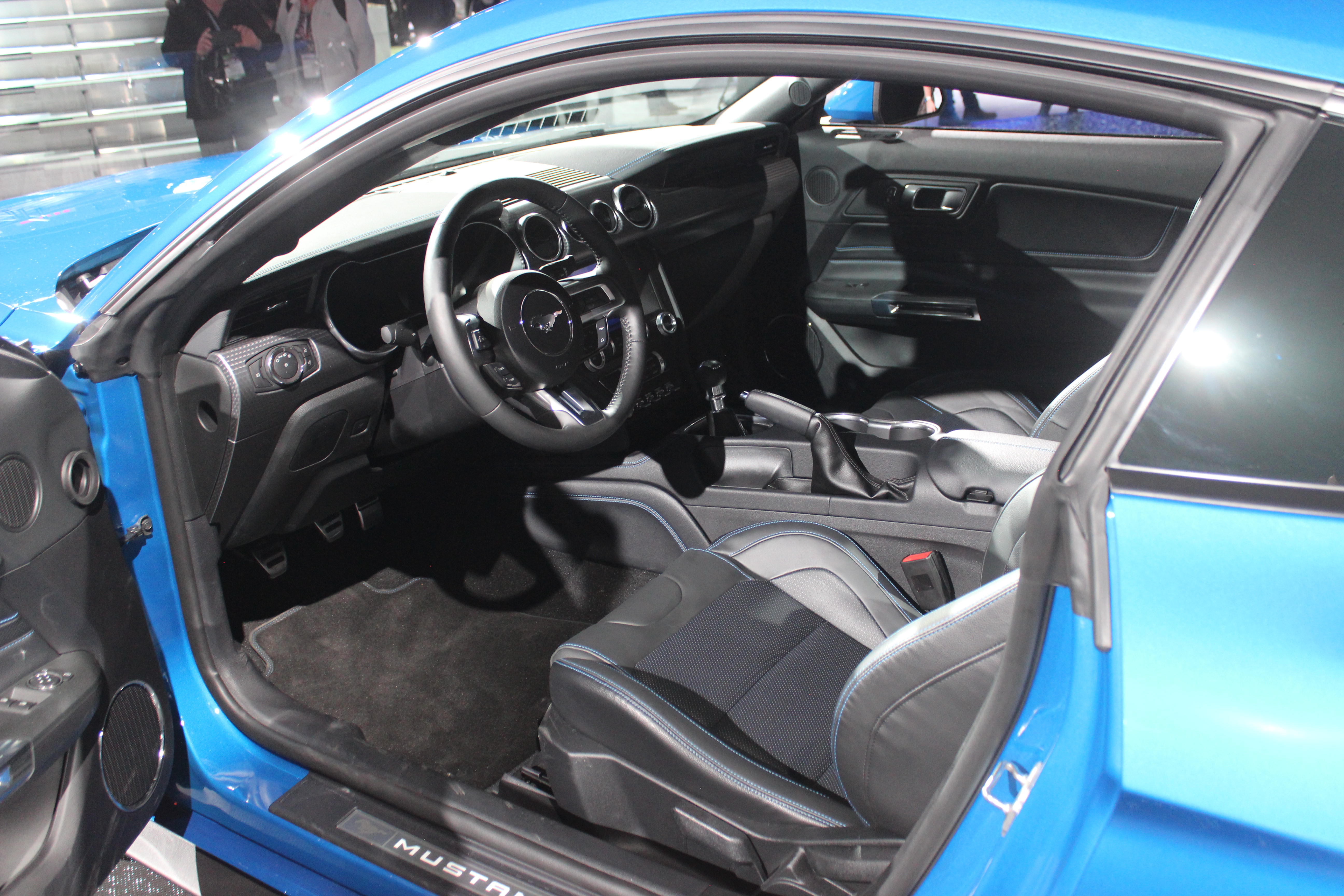 Boasting a spun ‘round version of the Focus RS’ 2.3L turbo-4 making 330 hp and 350 lb-ft, Ford can now say that it’s built the most powerful American-made four-cylinder sports car. Yes; there are a lot of qualifiers there, but the engine also shaves 200 lbs over a V8-powered Mustang GT. Add larger GT brakes, stickier tires and magnetic-ride suspension, and you’ve got a four-cylinder Mustang that should have no problem giving the Porsche Cayman and BMW M4 a run for their money. 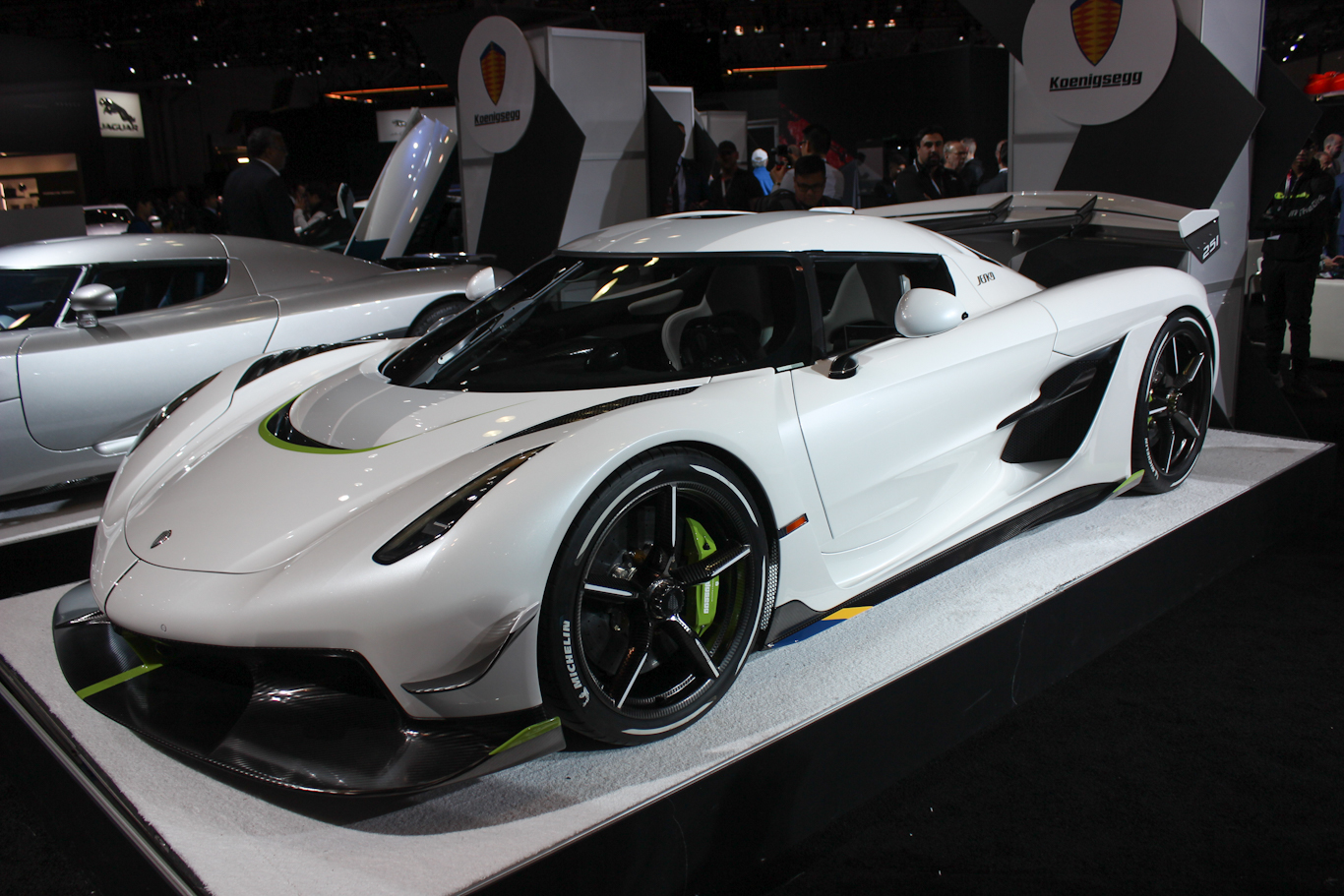 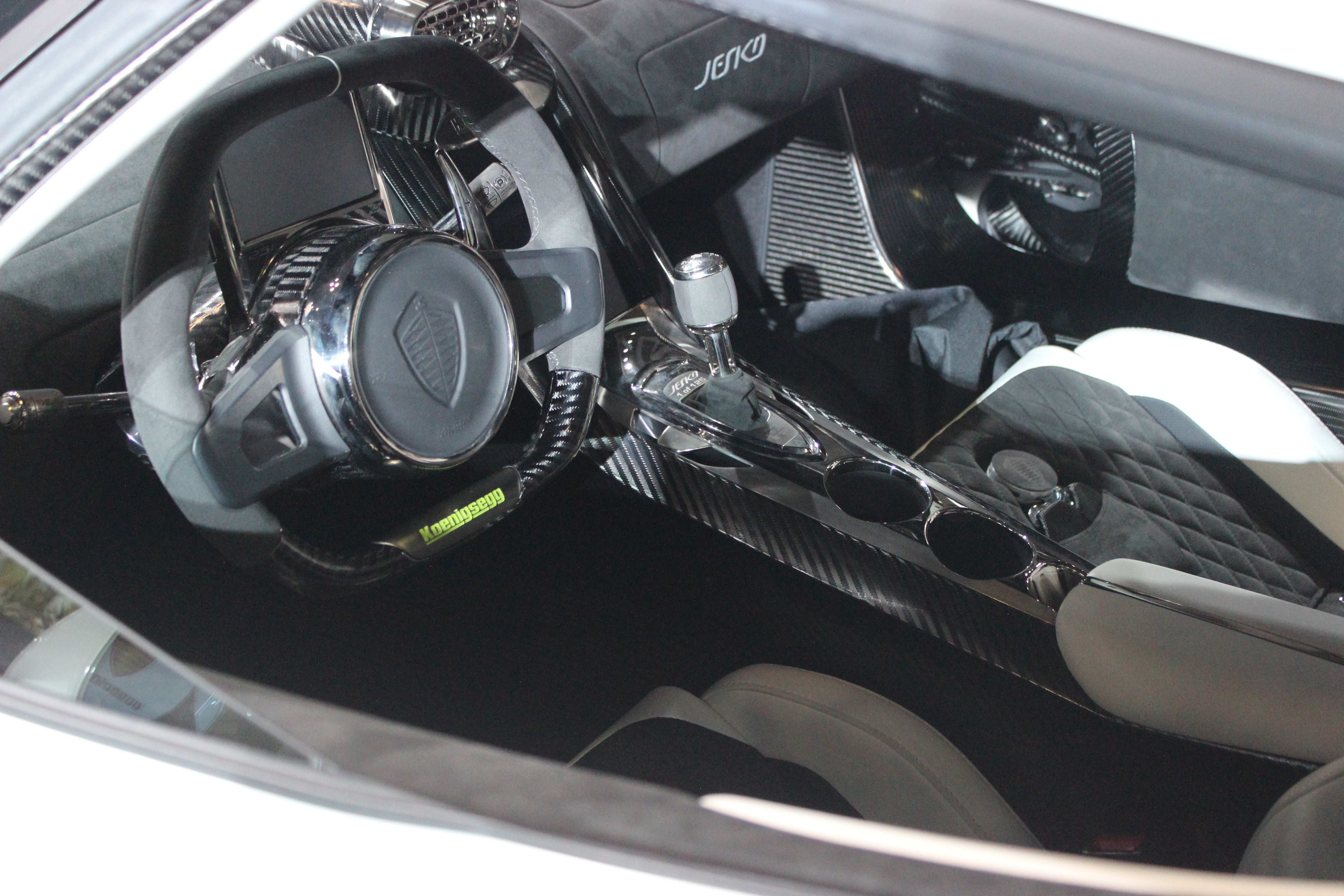 While it’s not expected until the 2021 model year, the order books for the Swedish megacar manufacturer’s latest opus are full, even at about US $3 million a pop. That’s what 1,600 hp, a 1,420 kg curb weight, up to 1,000 kg of downforce and a 300 mph (apparently) top speed will get you. Helps that it’s named after company founder Christian von Koenigsegg’s father. 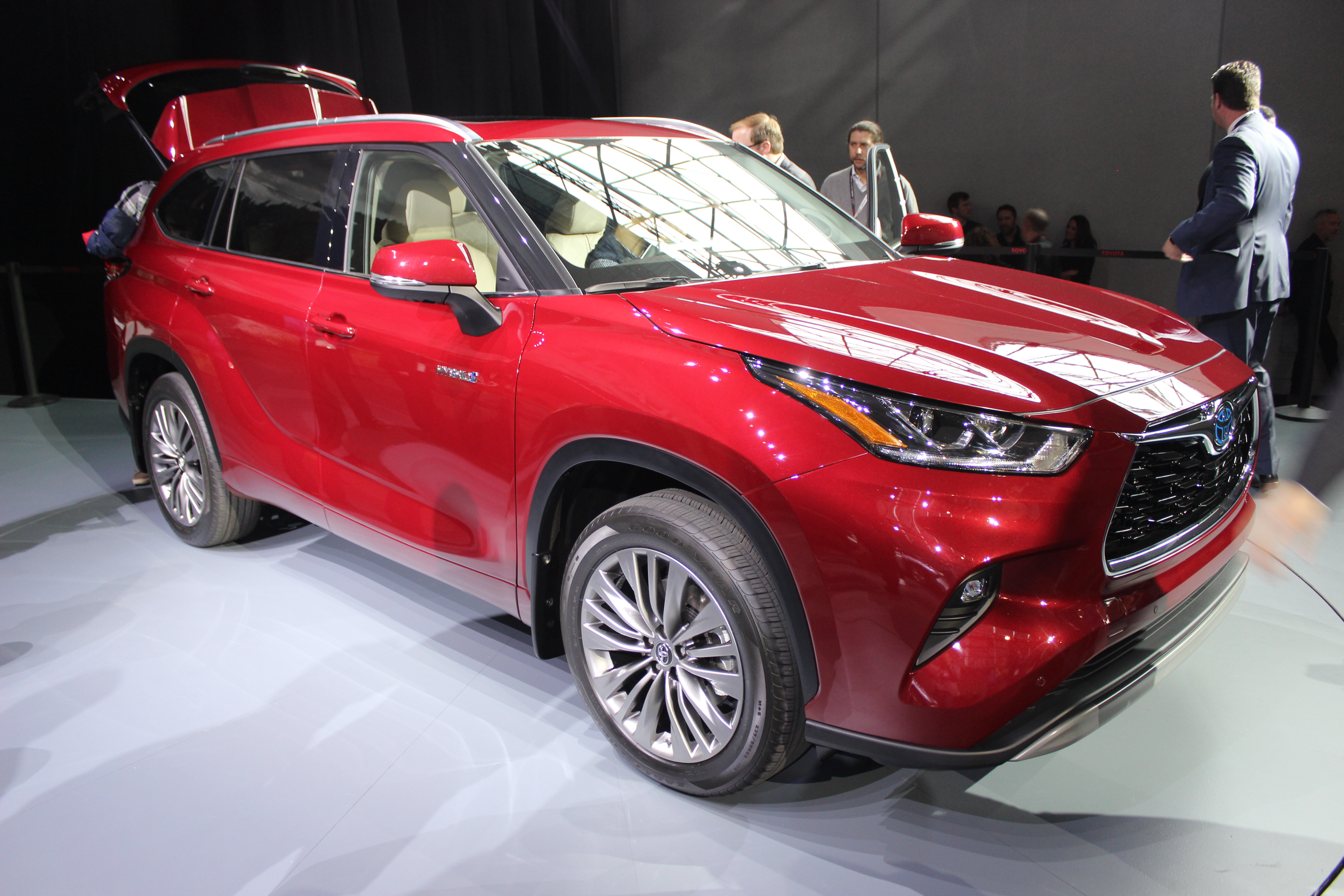 “What is wrong with you?” I hear you asking. “First a family sedan on this list, and now a three-row crossover?!?!? Come ON, man!” But hold on a second. The Highlander deserves to be here because it has received a comprehensive re-design and re-engineering for 2020, leading to the arrival of AWD for the Hybrid model and a 6.9L/100 km fuel rating. It’s also the biggest Highlander we’ve ever seen, and it gets both Android Auto and Apple CarPlay, both crucial pieces in this market. Throw in some chiseled styling and details like 20” wheels and a real leather interior, and watch Toyota clean up the segment with their latest. 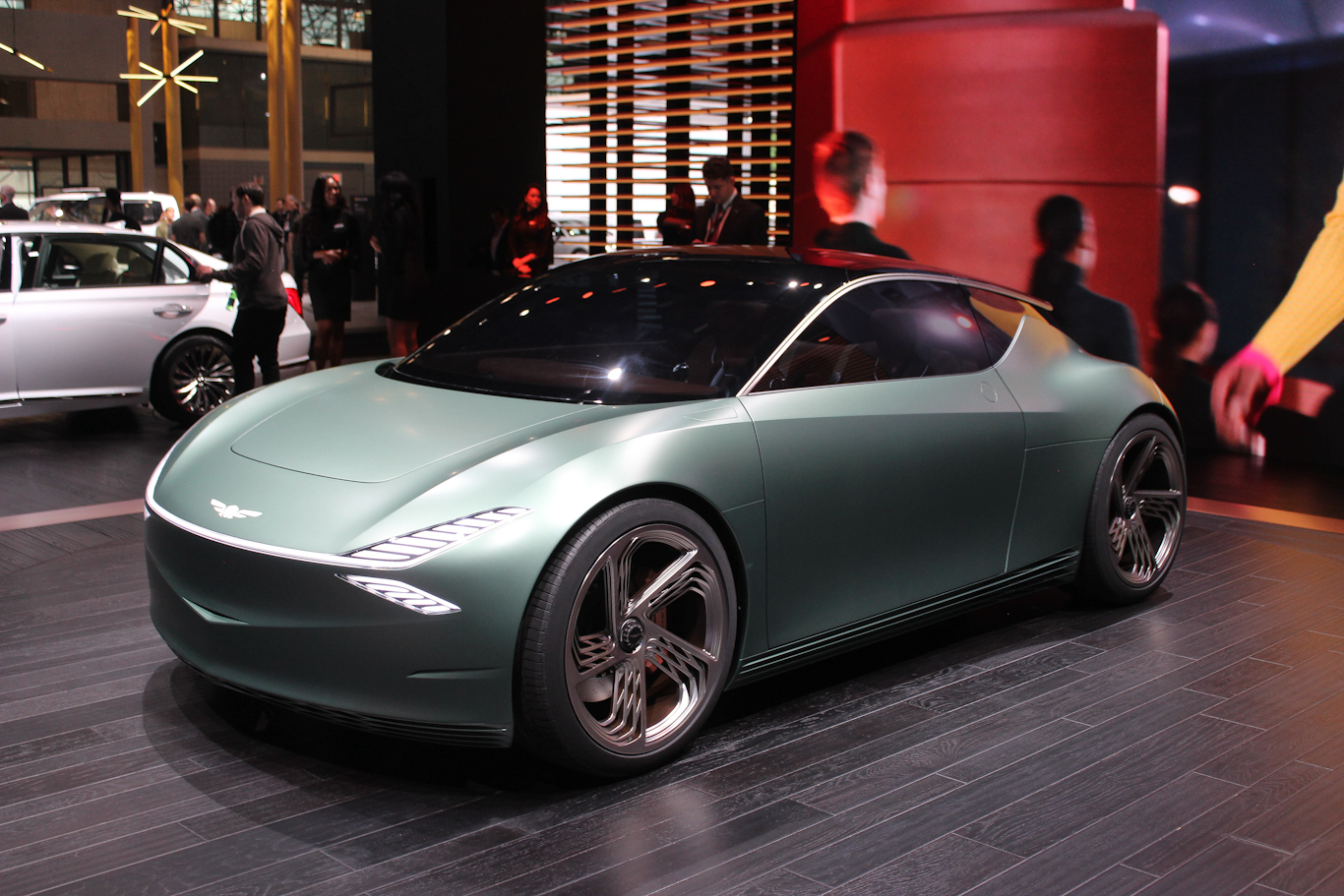 Come for the very cool city-car styling (and green paint, of course!) stay for the way both the wheel and bench seat swivel out as you open the door, as if it’s opening its arms to embrace you as you step in. Throw in a full-EV platform and some of the best wheels at the show, and the Mint manages to offer a strong follow-up to the Essentia Concept seen at last year’s show.

Classic Caddy’s, both big and small 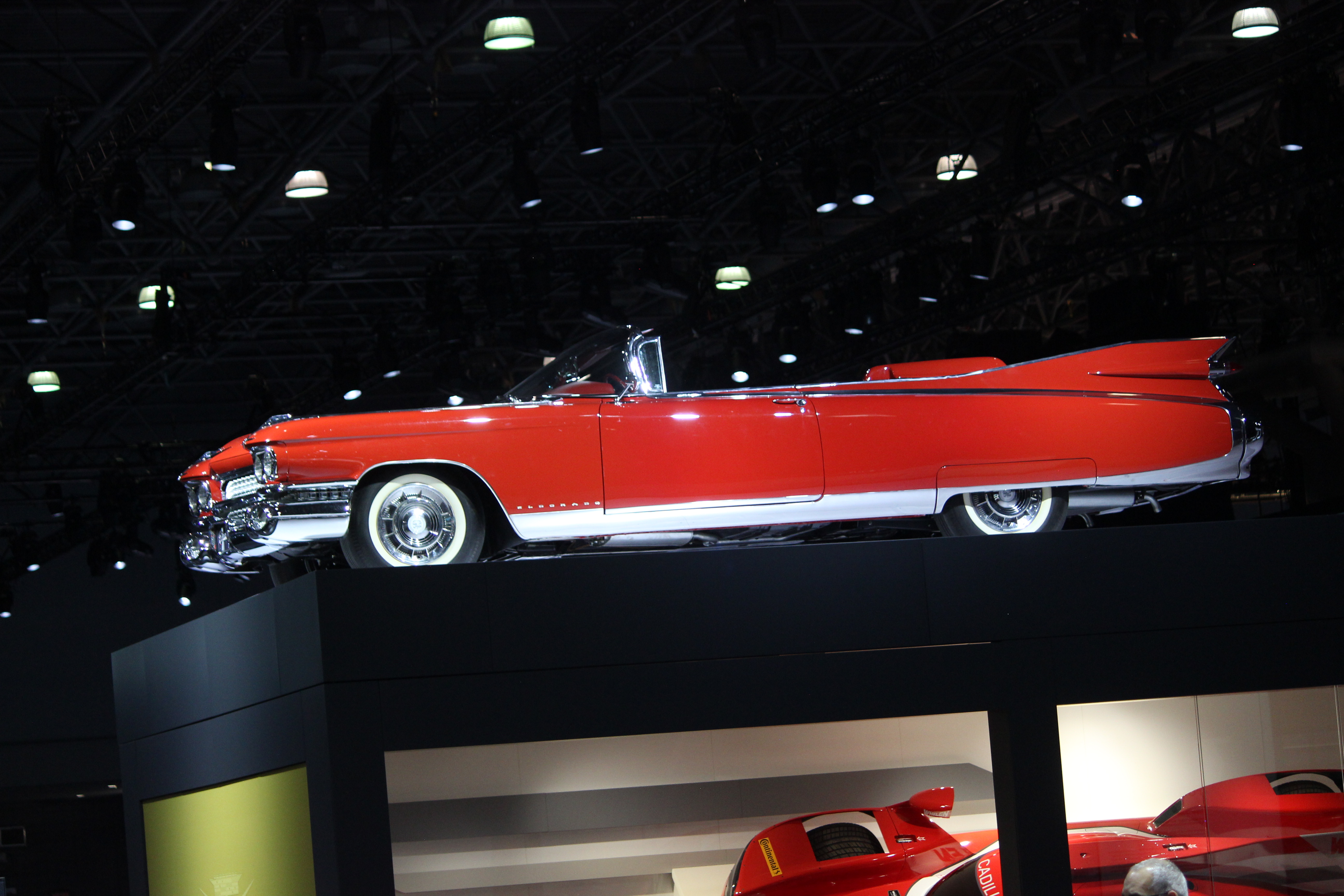 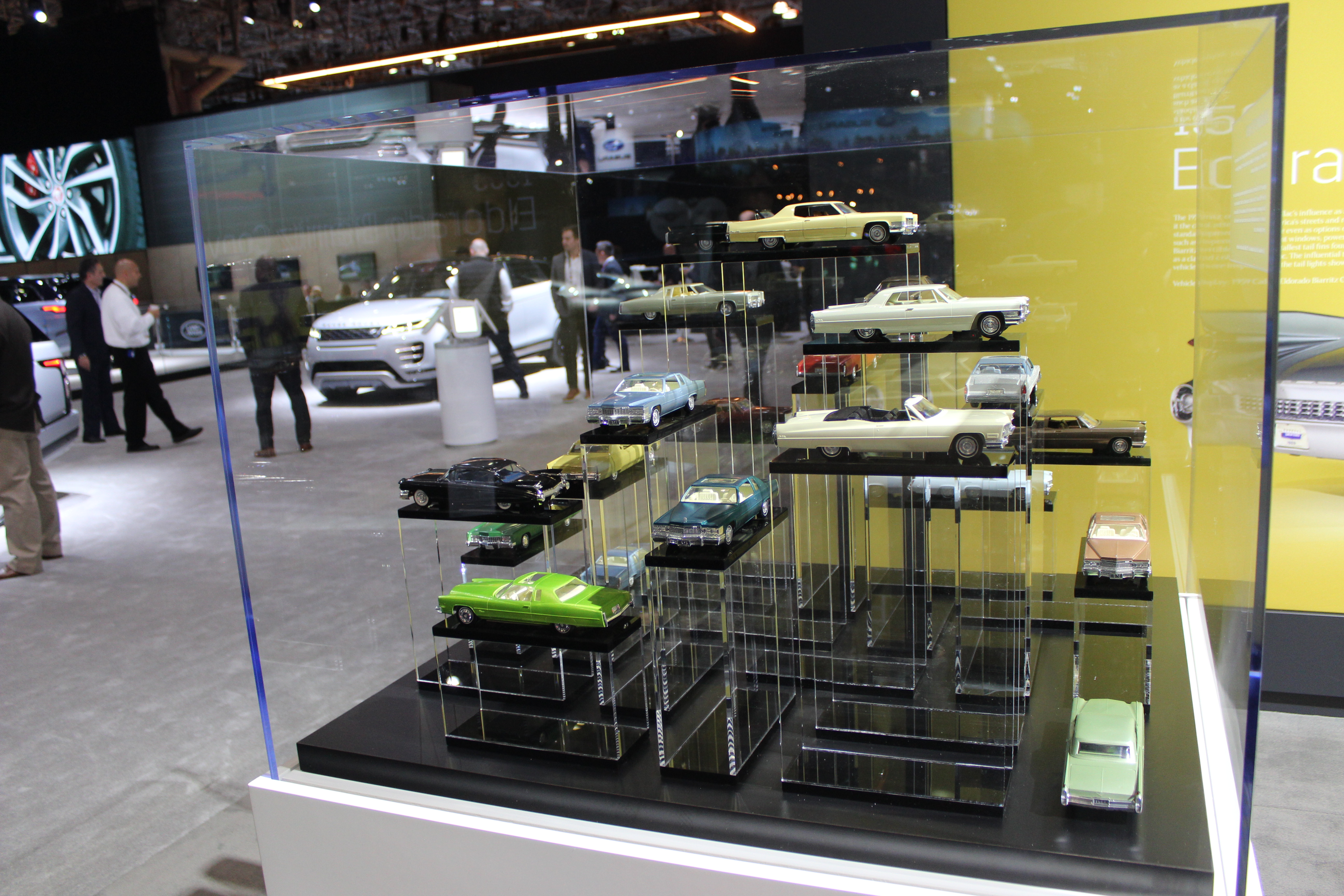 While Cadillac did reveal its CT5 sedan at the show, like Nissan, its surroundings on Cadillac’s stand kind of stole its thunder a bit. Hard not to when you’re a bright red 1959 Eldorado perched above the entire show – this is one of the most classic autos ever. If you wanted a closer look, though, you had to settle for the numerous diecast models floating in a case just below.