While I’m sure many will say that the lack of any German manufacturers save Volkswagen was the real story of this year’s Detroit Show, there was plenty of cool metal on display, from new car debuts to the return of some old favorites. Here are our highlights. 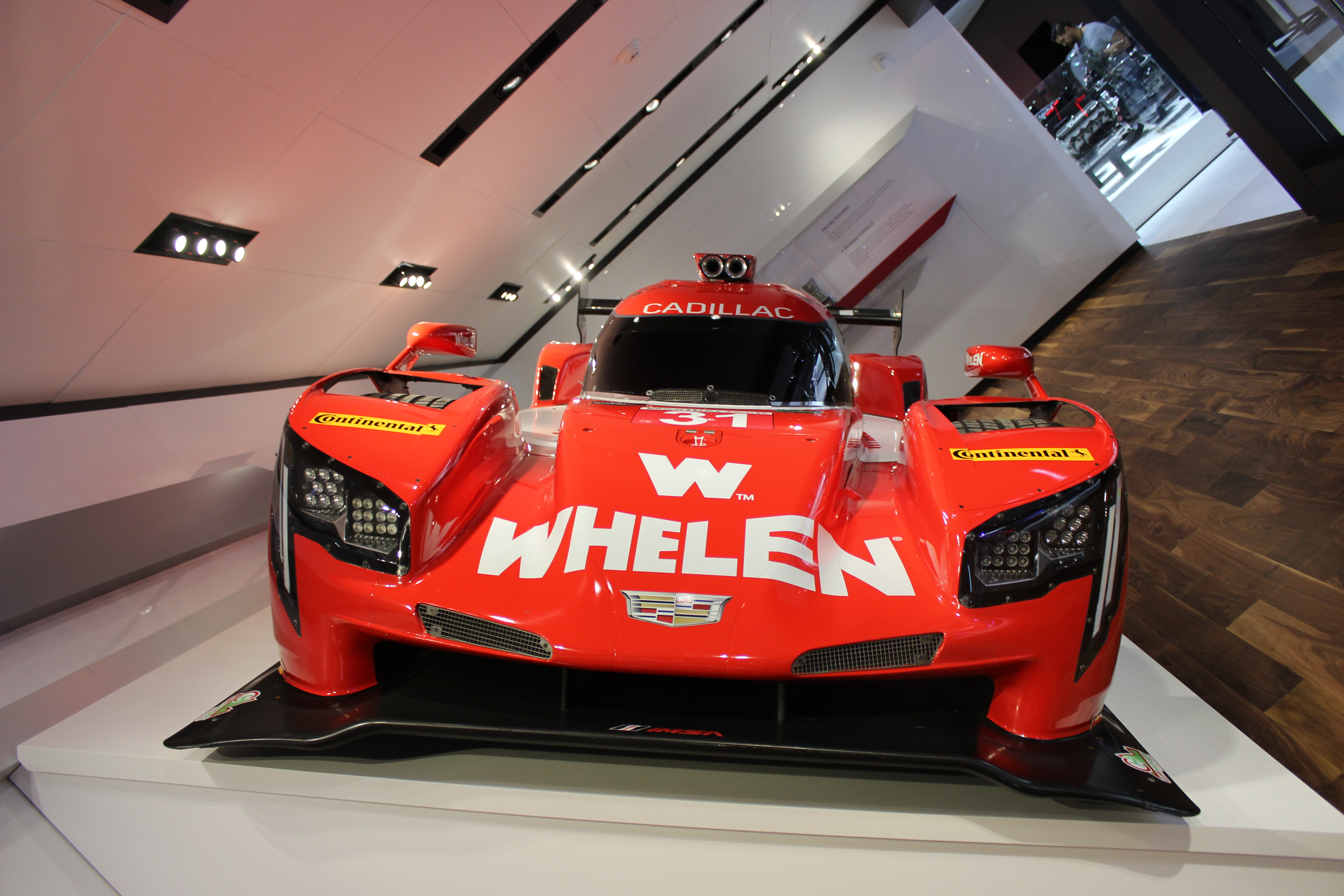 While Cadillac did have a new car debut at the show – the 2020 XT6 SUV – this beautiful animal of a racer stole at least some of that vehicle’s thunder on the stand. Especially the way it was displayed, angled as if it were on the high-banked oval at Daytona Speedway. 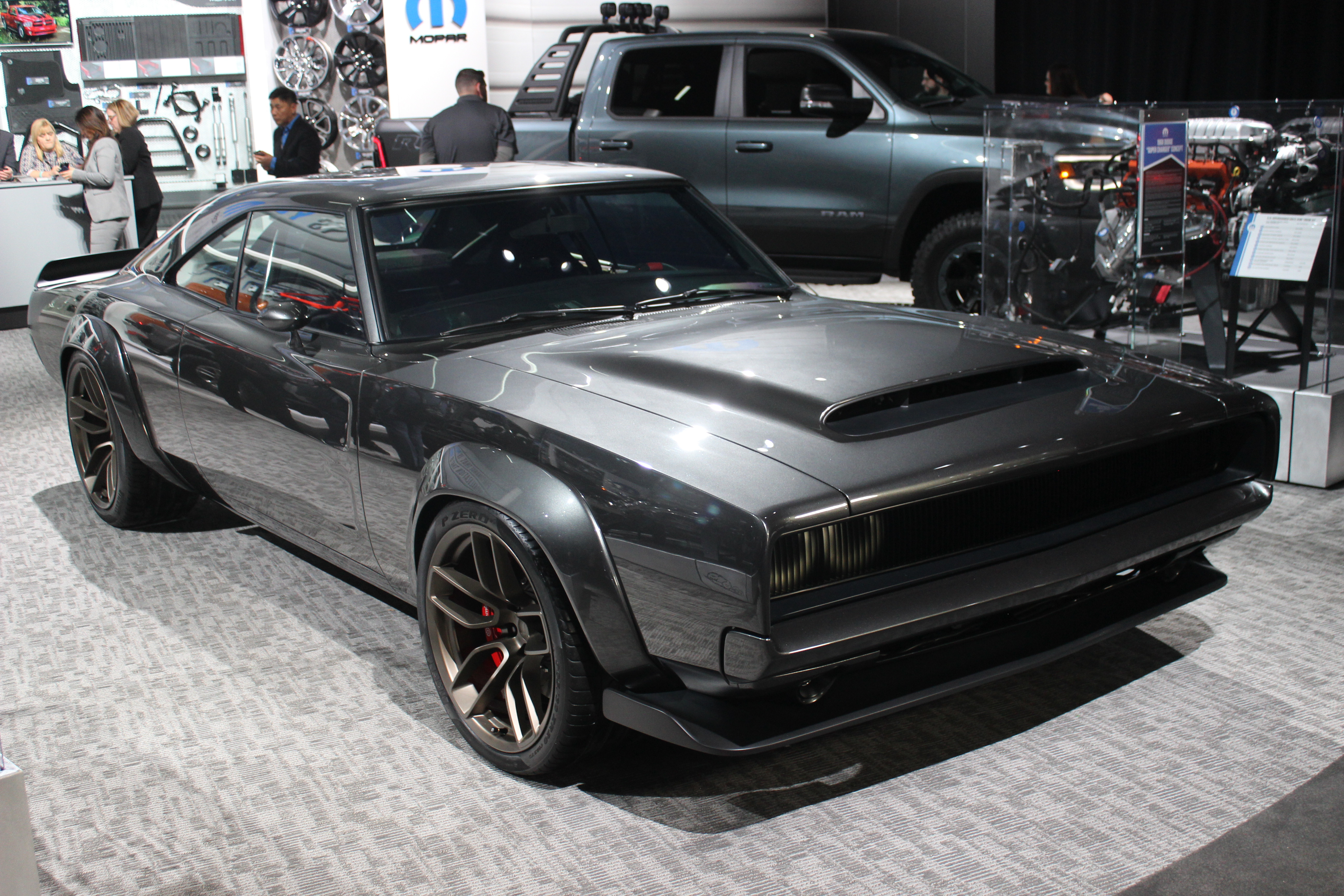 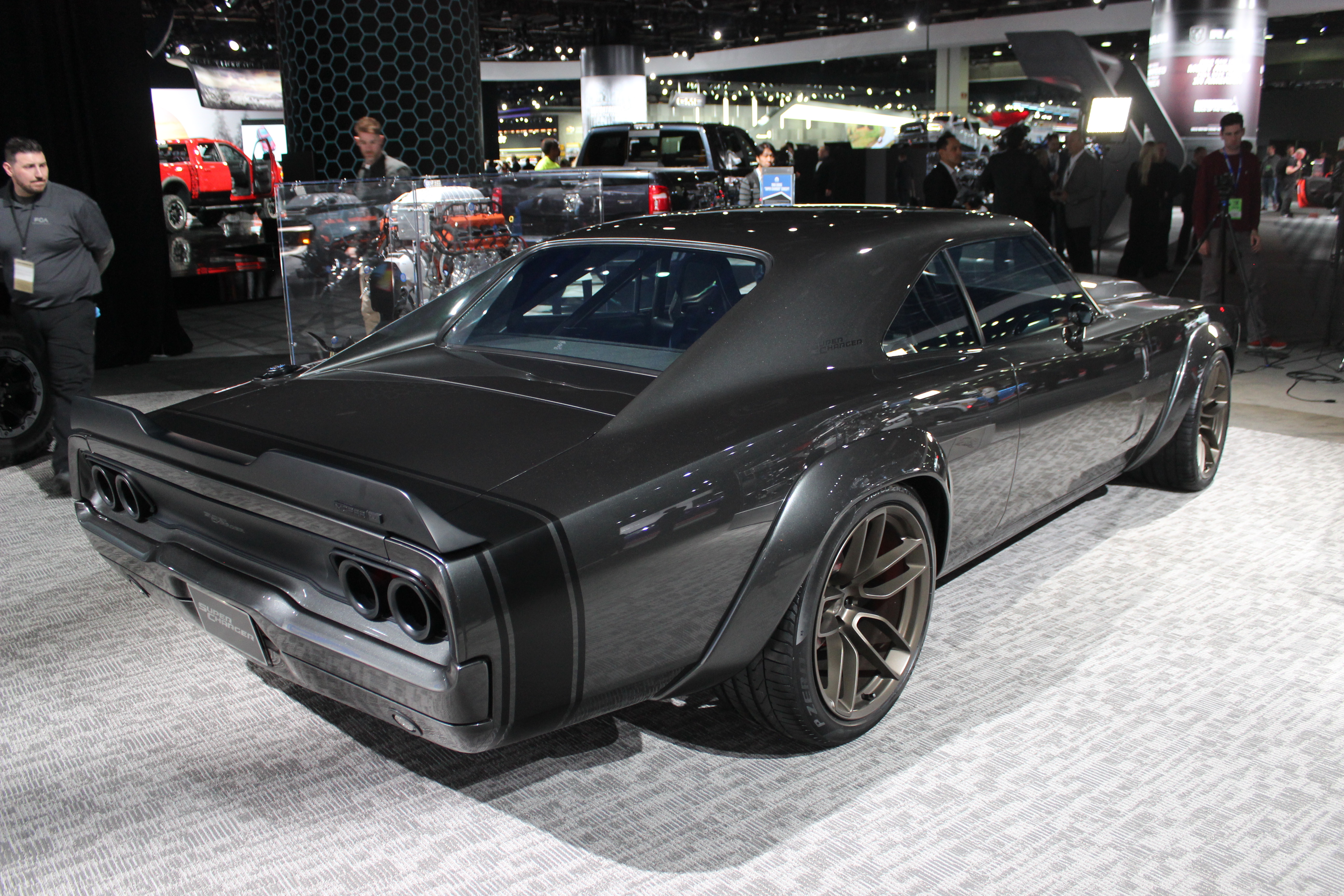 Designed to accommodate the 1,000 hp “Helephant” engine, this modified 1968 Charger is even more imposing in person. Something about how its squared-off front fascia and big rear overhang stands out even more when surrounded by the sculpted, scientifically-styled, supercars it literally sat right across from. Or the way that even the big, lifted RAM that sat next to it on the display shrank in its presence. Hard to know for sure, but that doesn’t stop us from loving it even more. 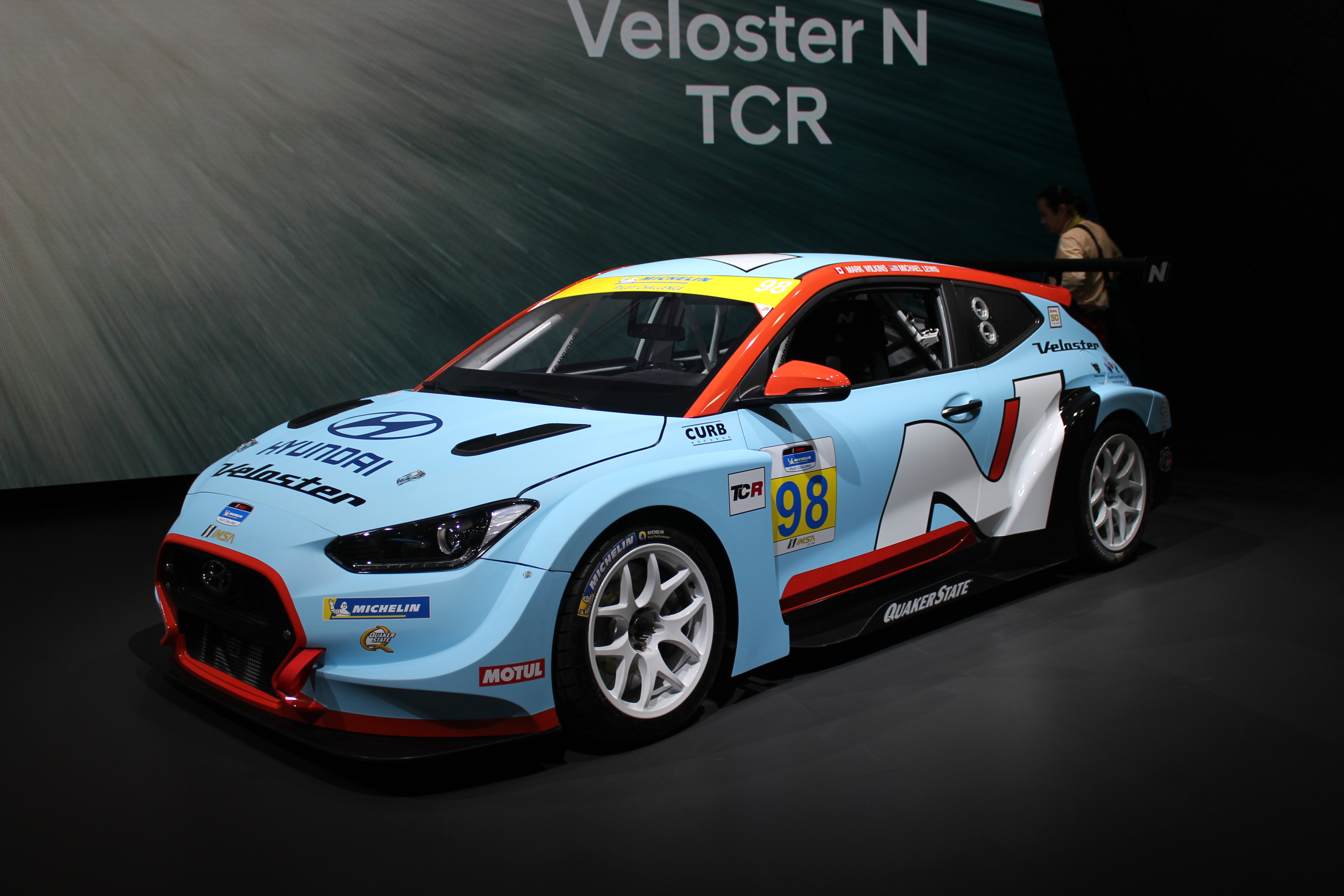 Of course, that’s not to say that advances in aero displayed by the Super Charger’s neighbours doesn’t fit the application; case in point the Hyundai Veloster N TCR, or “Touring Car Racer”. All wide-bodied and wingy and blue, it’s a sanctioned racer set to compete in the IMSA Michelin Pilot Challenge. And quite lovely, to boot. 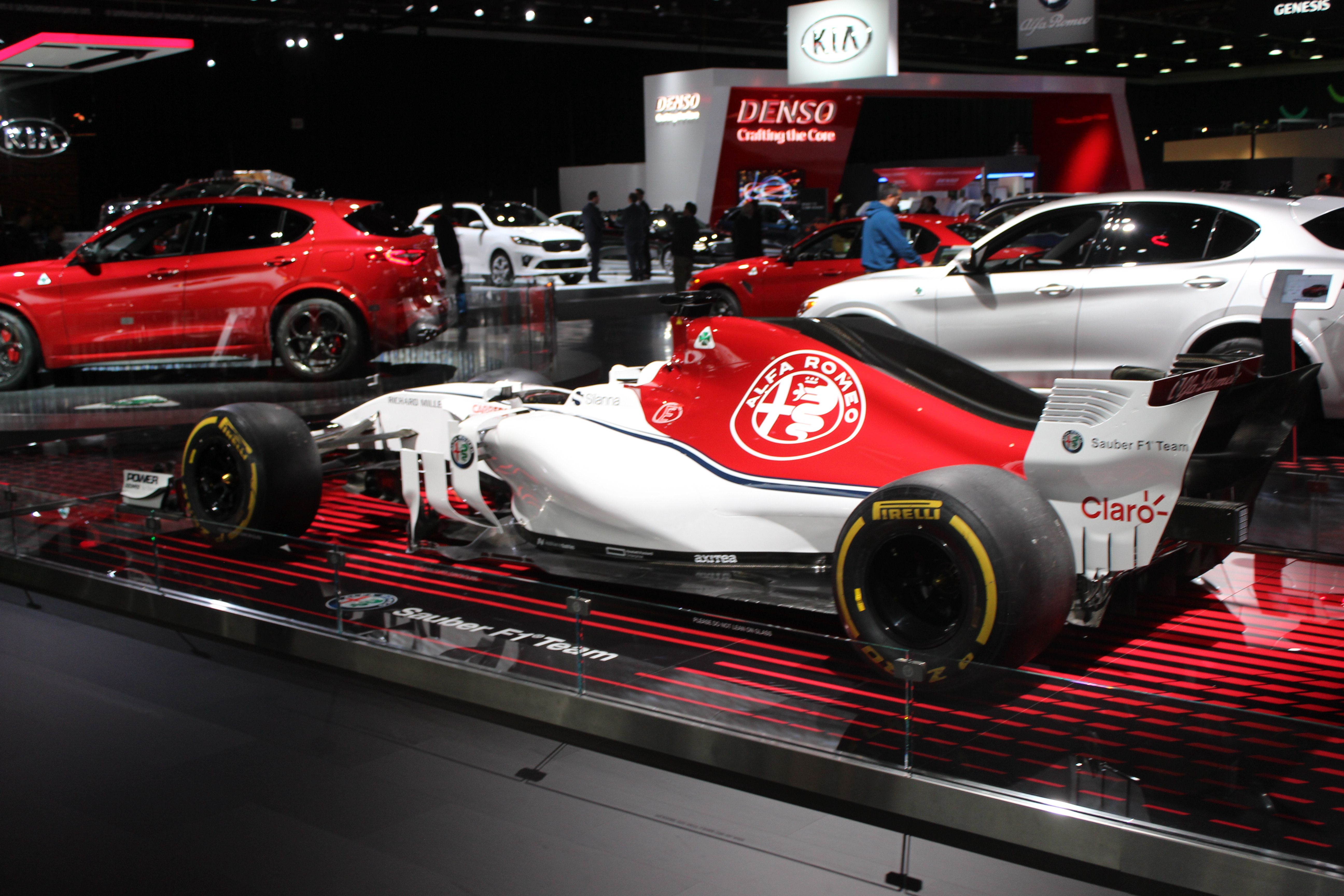 Speaking of race cars: the TCR is one thing, but nothing quite compares to a full-fledged F1 car, and one with one of the most famous names in racing: Alfa Romeo. They’ve been out of the game for a while, but now they’re back (sort of; the official name is actually “Sauber C37”, but it doesn’t really matter), the car looks spectacular and the sport’s all the better for it. 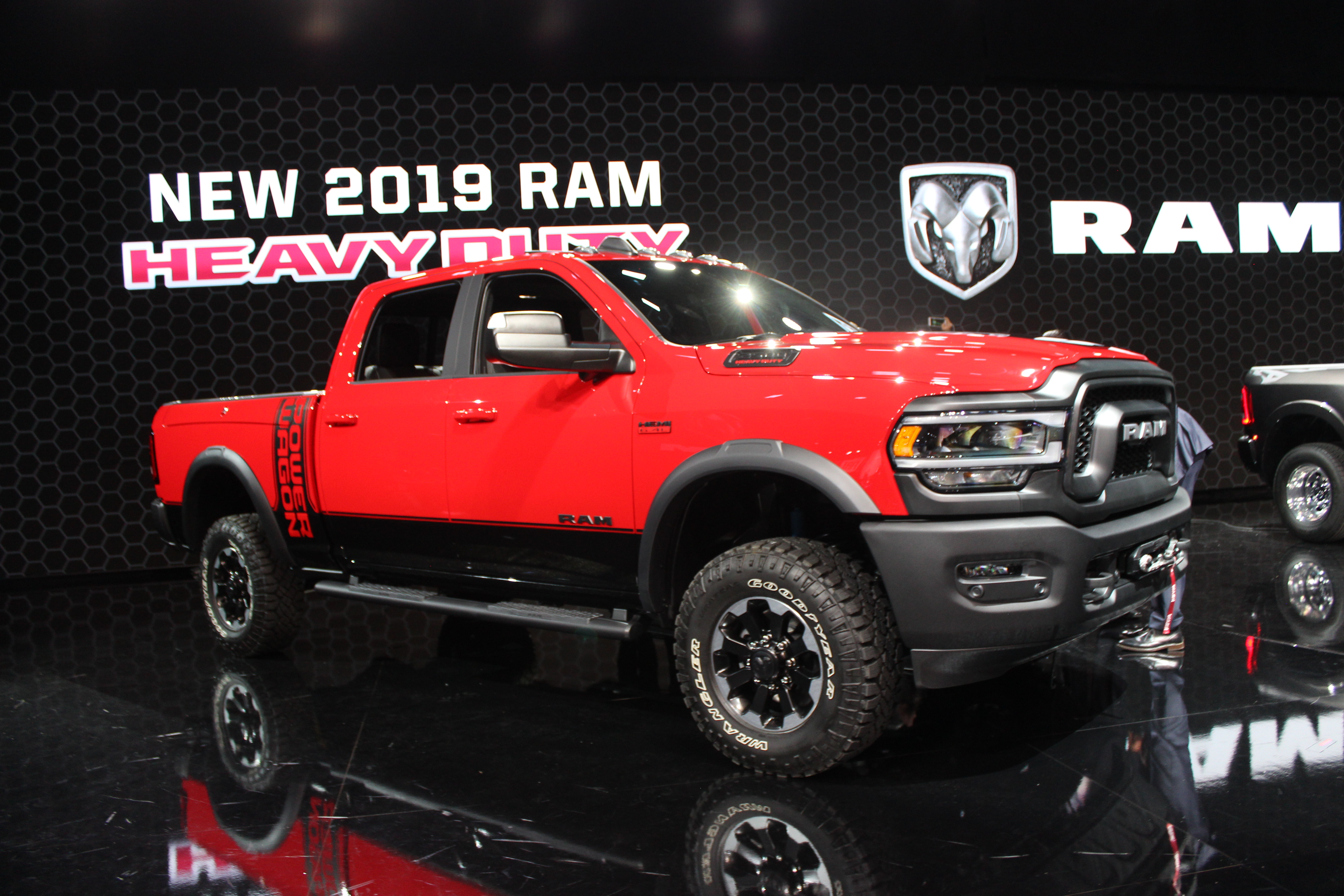 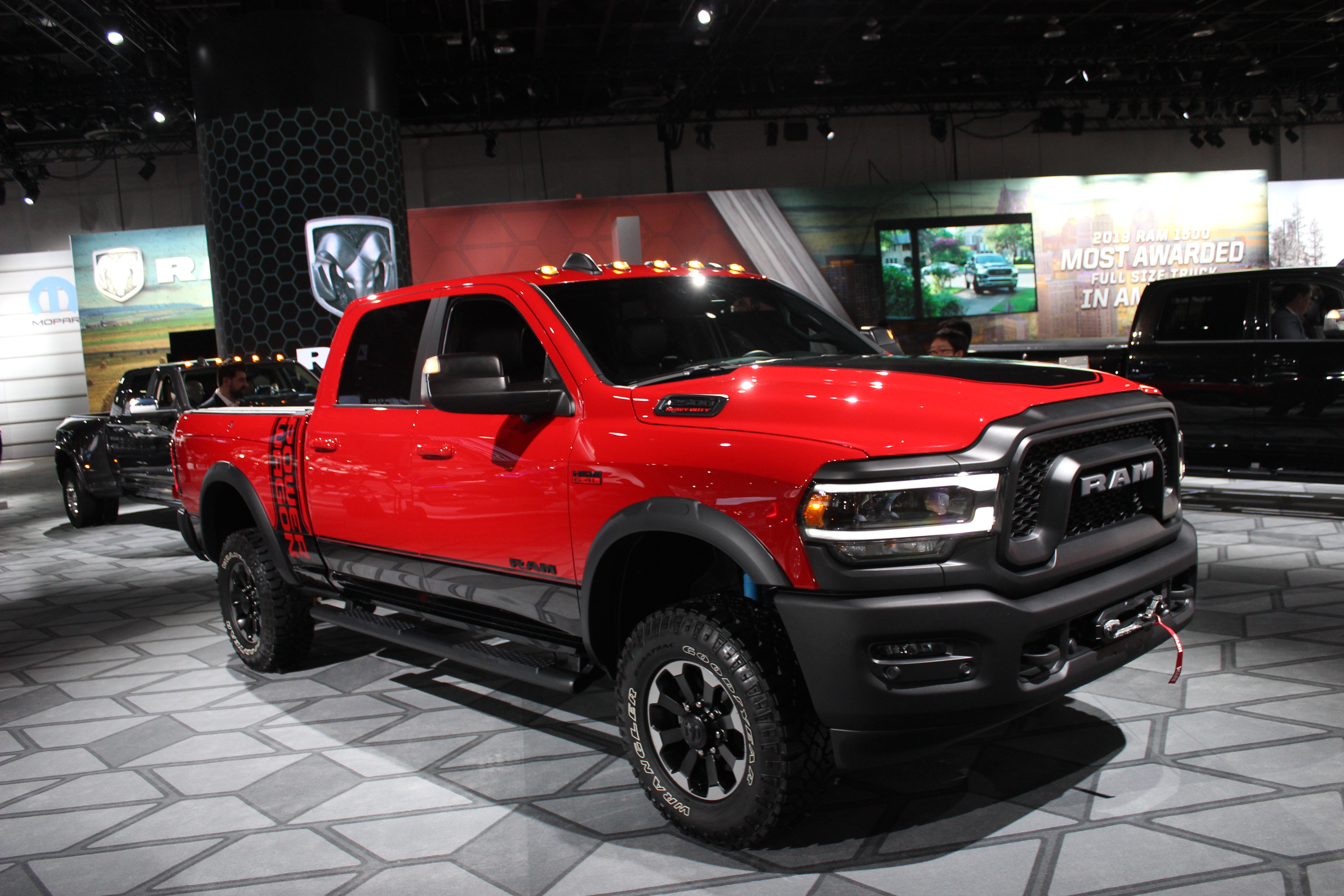 Anybody remember the TV show Simon and Simon? No? Well, perhaps not but you’ll likely remember what star Gerald McRaney (Rick Simon) drove: a Dodge Ram Power Wagon, all black and red and big-tired. It was cool enough to warrant Hot Wheels releasing their own miniaturized version of it, and now, it’s compelled Ram to celebrate the arrival of its all-new HD truck line with a new, reimagined – and full-sized – version of their own. It doesn’t get the not-quite-but-may-as-well-be-a-million lb-ft diesel some of its siblings get, but it does have a HEMI, and that should please plenty. 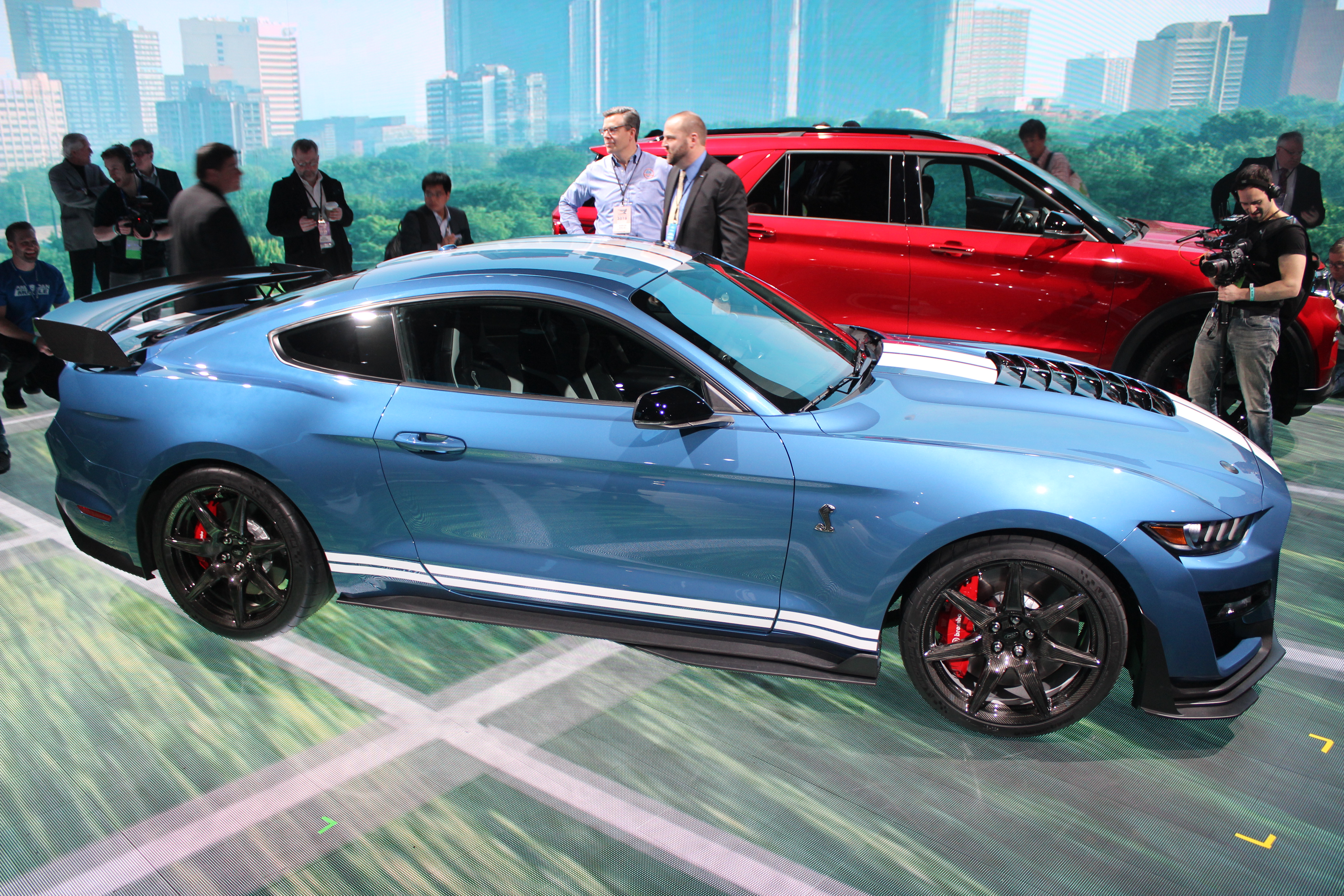 Speaking of power: while we don’t know the torque yet, this, the most powerful Ford production car ever is said to make over 700 hp. Yes, it’s down a little on the Dodge Demon, but Ford insists that their consulting the Ford Performance race team – the same folks that won Le Mans with the GT racer – has resulted in a manic muscle car that can turn and stop as fast as it can hit the ¼ mile trap. 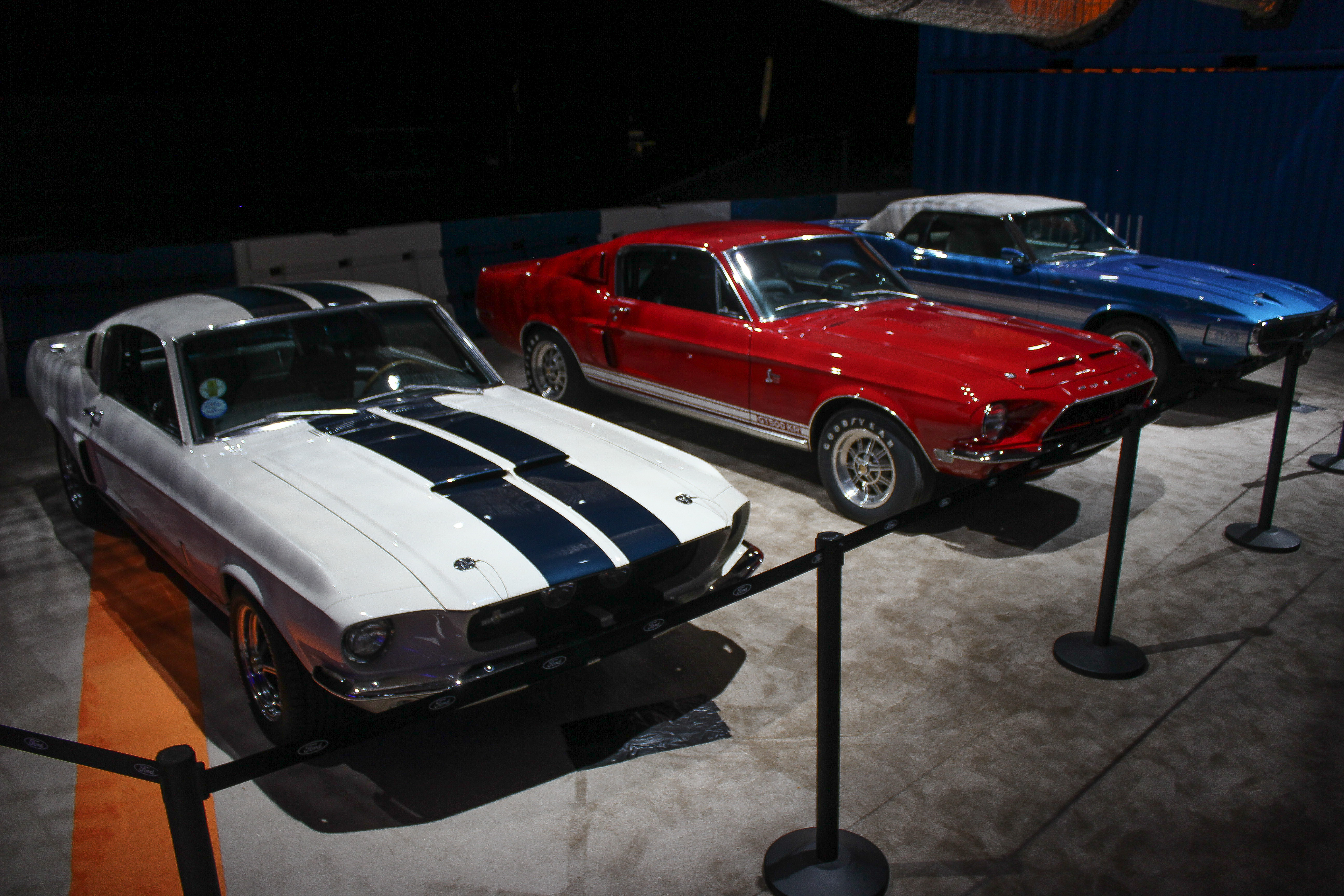 Just in case the arrival of the much-ballyhooed 2020 Shelby GT500 wasn’t enough, Ford brought three classic Shelbys along for the ride, and proceeded to stink up the whole of Cobo Hall with extra-rich exhaust fumes. For which, of course, everybody there thanked them. 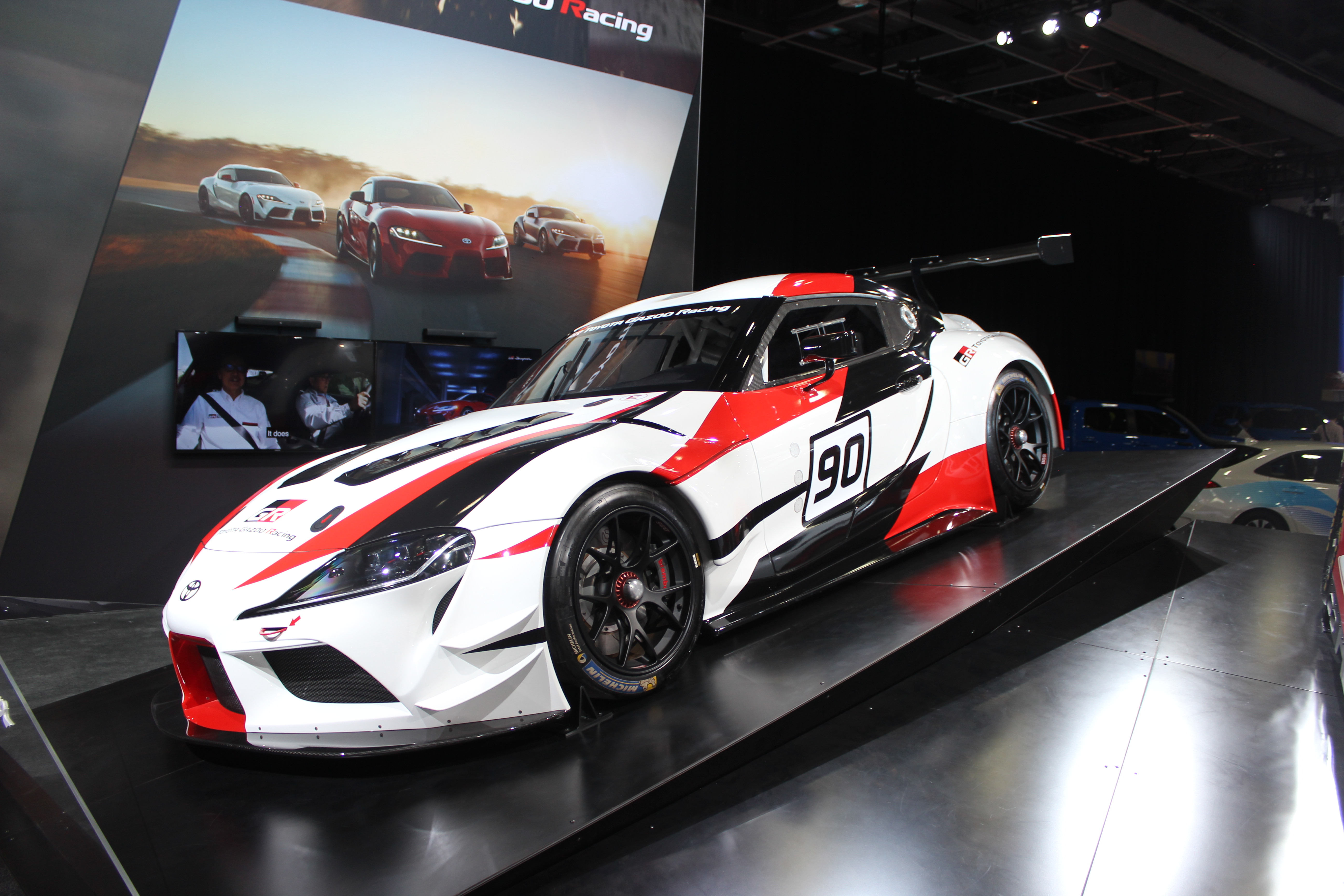 While the Shelby may capture the hearts and minds of the classic muscle car person or fan of no-holds-barred Americana, the Supra is the car for the modern enthusiast, those of the Gran Turismo or The Fast and The Furious generation. It’s been long-awaited and while some may think it overly recalls the BMW Z4 with which it shares…well, almost everything – the Supra had a crowd around it for the duration of media day 1, and was plenty popular on day 2 as well. Oh, and as if that wasn’t enough, they also brought along a race-prepped GR (Gazoo Racing) version. As you do. 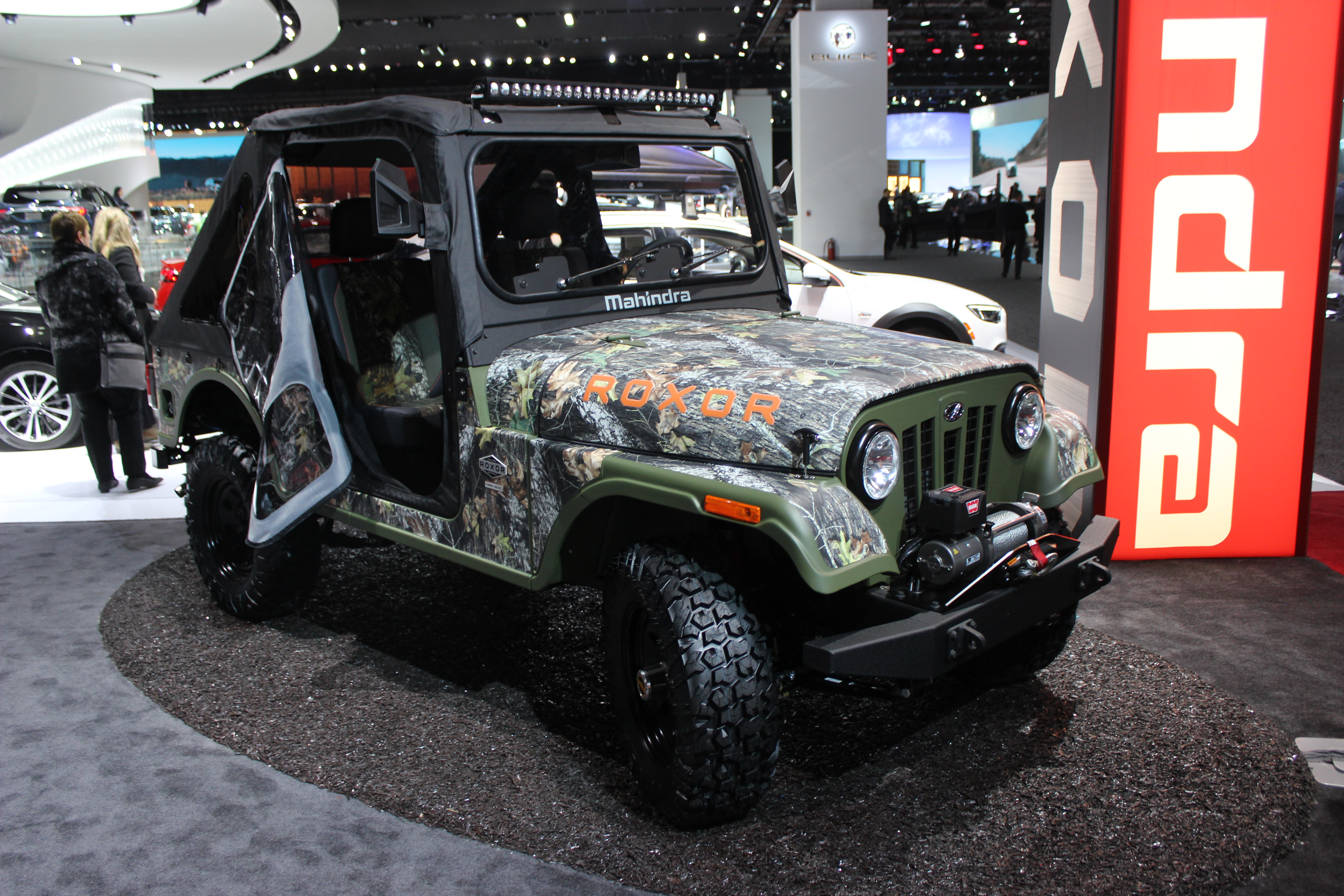 Designed using blueprints from a classic Jeep Willys and built in Michigan, the Roxor is a vehicle from India that’s as American as you can get. It’s powered by a 142 lb-ft diesel but classified as a recreational offroad vehicle so it isn’t road legal in Canada, but it is sold here and I guarantee that if you show up to a hunting trip or to do some dune bashing in this, you’ll be the talk of the group. 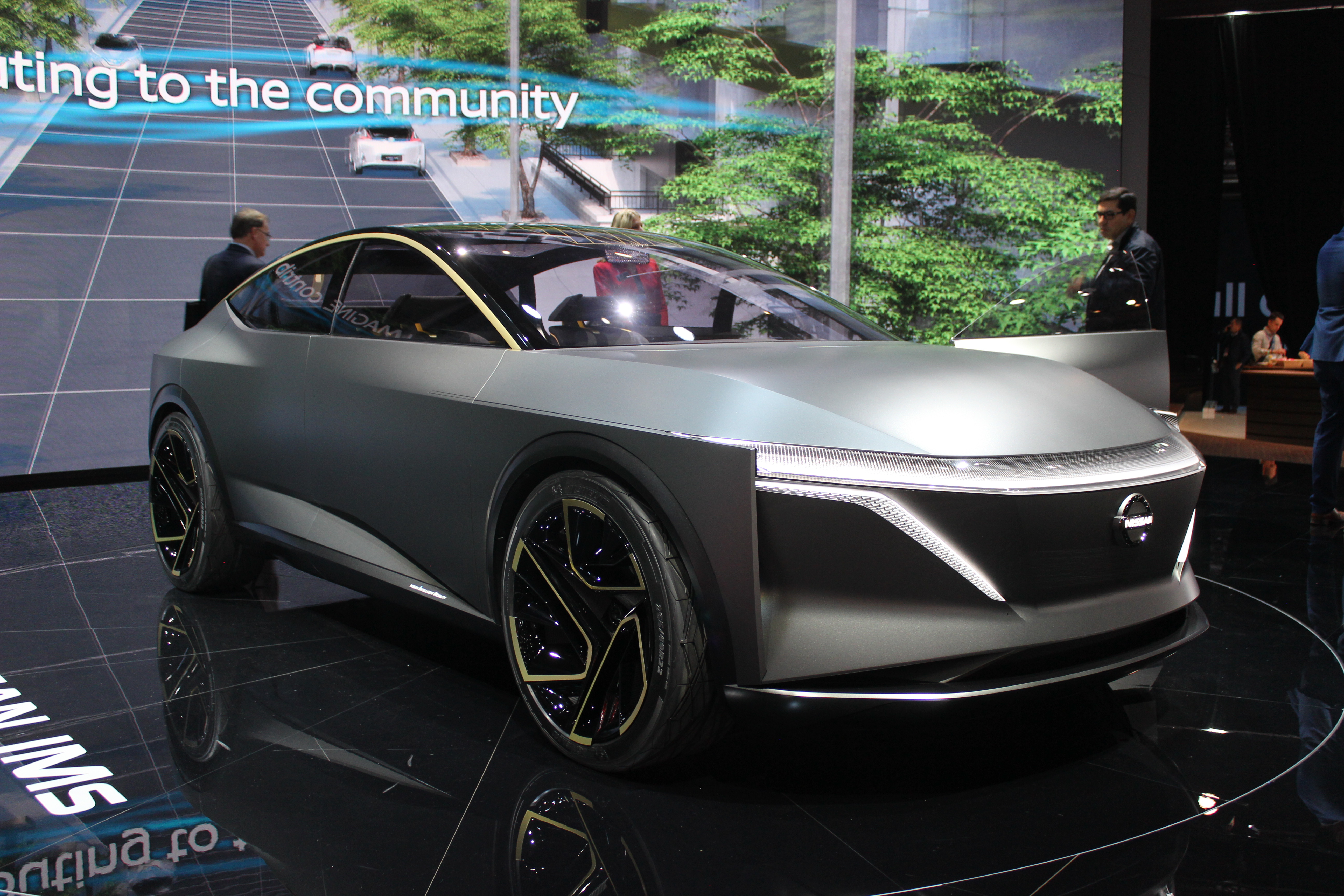 It’s got suicide doors! It’s got a digital, holographic instrument cluster! It’s got an all-EV powertrain with almost 600 lb-ft of torque! It’s got wheels and tires that would find traction on Mars! It’s got 2 + 1 + 2 seating! What does that mean? Who cares! Just look at it! 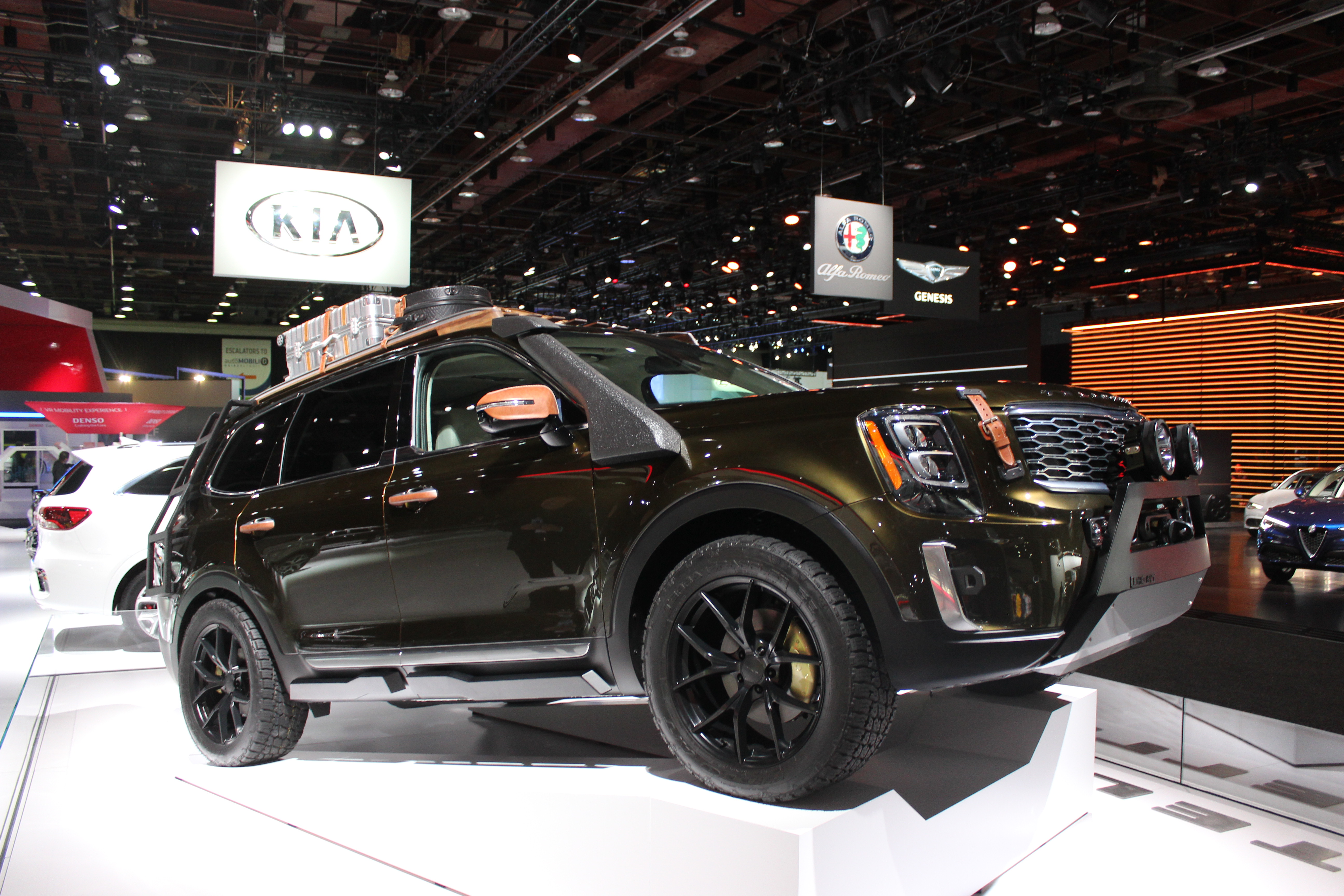 Yes; the practical, “vanilla” Telluride also debuted here, but you’re not going to spend too much time taking it in (unless, of course, you’re one of those industry types that sit in show cars for a half hour, studying every panel gap, vent assembly, and switch). You’re more likely to spend time at this ready-for-anything-from-a-trip-to-the-cabin-to-a-zombie-apocalypse hopped version, all spotlights and green paint and black wheels. Pretty unstoppable-looking, this thing.