The hot new thing in the collector car market

Every year, Hagerty releases a “Bull Market” list of cars to invest in — vehicles they hypothesize based on their accumulated data, will dramatically increase in value. And for the past three years, those lists have been dominated by vehicles from the 1980s and 1990s.

This trend is mostly due to Millennials’ newfound financial capability to buy the cars they grew up loving. With an increase in demand comes an increase in value. While some examples are already quite expensive to get into, some are still relatively cheap. But in all cases, the prices are expected to only keep going up. 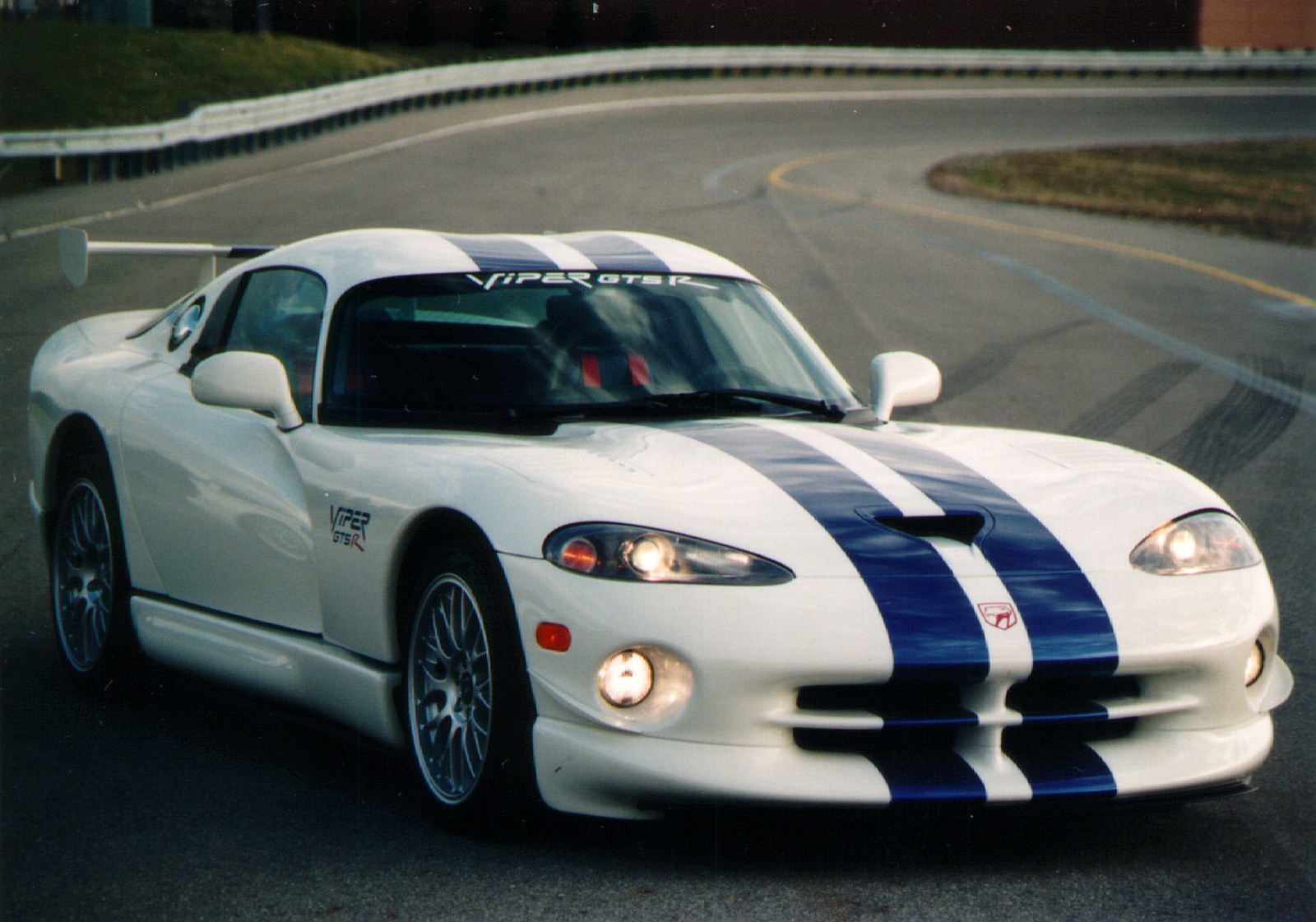 A little secret about Millennials? We didn’t grow up with Lamborghini Countach bedroom wall posters. The Countach was before our time. Instead, it was the Viper GTS which graced the walls of our slices of paradise.

According to Hagerty, “Generation Xers and Millennials are now 64 percent of the quotes on this car.”

The second-generation Viper is most notable for its updated chassis, suspension, and brakes — things the original car was never praised for — while maintaining the monstrous 450 horsepower V10 engine.

While the second-gen Viper has never been wholly undesirable, prices have been steadily ticking up over the last three years, with various conditions seeing a rise of between 10% to 25% in value over that period of time. Luckily, you can still get your hands on a “Good” condition example for around $50,000.

Ask any hardcore VW enthusiast and they’ll sing the praises of the Corrado for its “quicker than a Porsche 944” acceleration, 140 mph top speed and supercharged four-cylinder engine.

Despite its performance and luxury merits, the Corrado was something of a sales flop in its day, which led to its eventual demise. So between the rarity, fanaticism of enthusiasts, and its impending “classic” status, the Corrado is becoming a hot ticket item to get a hold of.

Prices have essentially doubled on “Good” to “Concours” condition Corrados since 2018 and show no signs of slowing down. The good news? You can still pick one up for $10,000. If you can find one, that is. 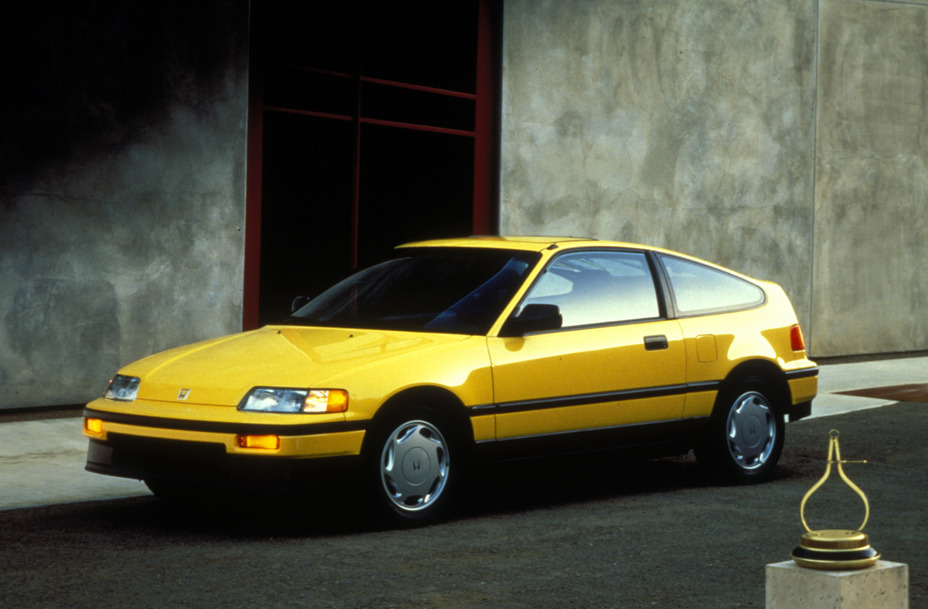 The CRX Si is significant in that it arrived on the scene before the crash and safety regulations made truly lightweight cars a thing of the past. So, despite its meager 1.6-litre engine, which produced only 105 horsepower, the CRX Si’s curb weight of only 2,100 lbs made it a favourite amongst enthusiasts. Its motorsports heritage, namely, dominating the SCCA GT4 class in 1985 and 1986, also helped.

Since most CRXs have been either crashed, modified to death or simply neglected, prices haven’t moved much on lesser condition examples. However, well-kept CRXs have seen an increase in prices of about 15% since 2019.

A “Good” condition CRX is still very cheap to buy at under $10,000, so it might be worth speculating on if the increasing prices continue. 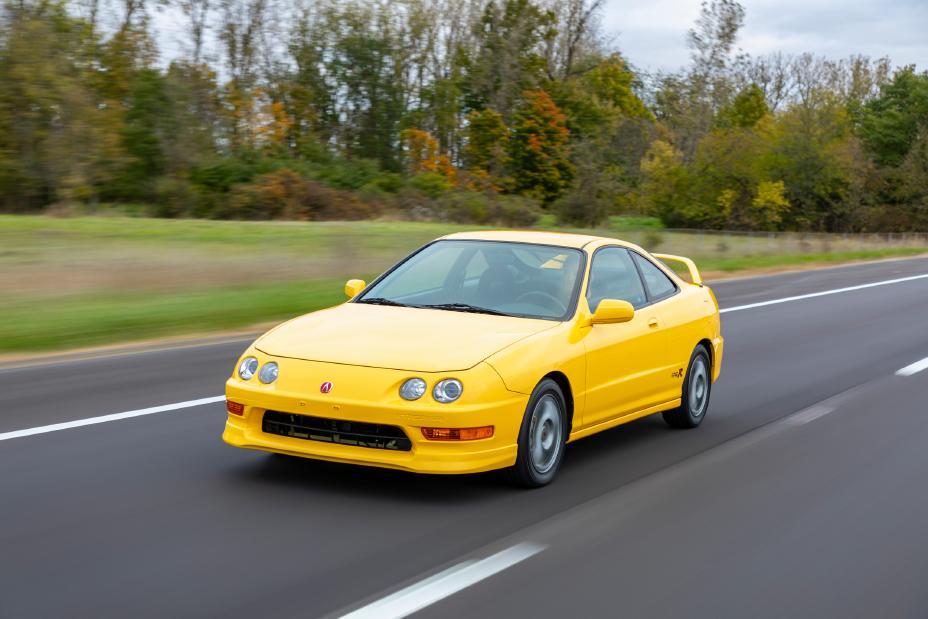 If you’re having difficulty wrapping your head around the idea that a perfect condition Acura Integra Type R could fetch north of $70,000, you’re not alone.

The Integra Type R is the next hot thing when it comes to desirable Japanese compact sports cars. Like the Toyota Supra and Mazda RX-7 before it, the Type R is now running up a premium for collectors.

Despite not having giant twin turbos or rear-wheel drive, the Integra Type R did feature the 1.8-litre four-cylinder “B18C5” engine, which redlined at 8,400 r.p.m. and was built on one of the best chassis of any 90s sport compact cars — certainly one which featured front-wheel drive.

You can still get a “Good” condition Integra Type R for around $45,000 and if the market on the Supra and RX-7 have been any indication, it might be a very good idea to invest sooner rather than later. 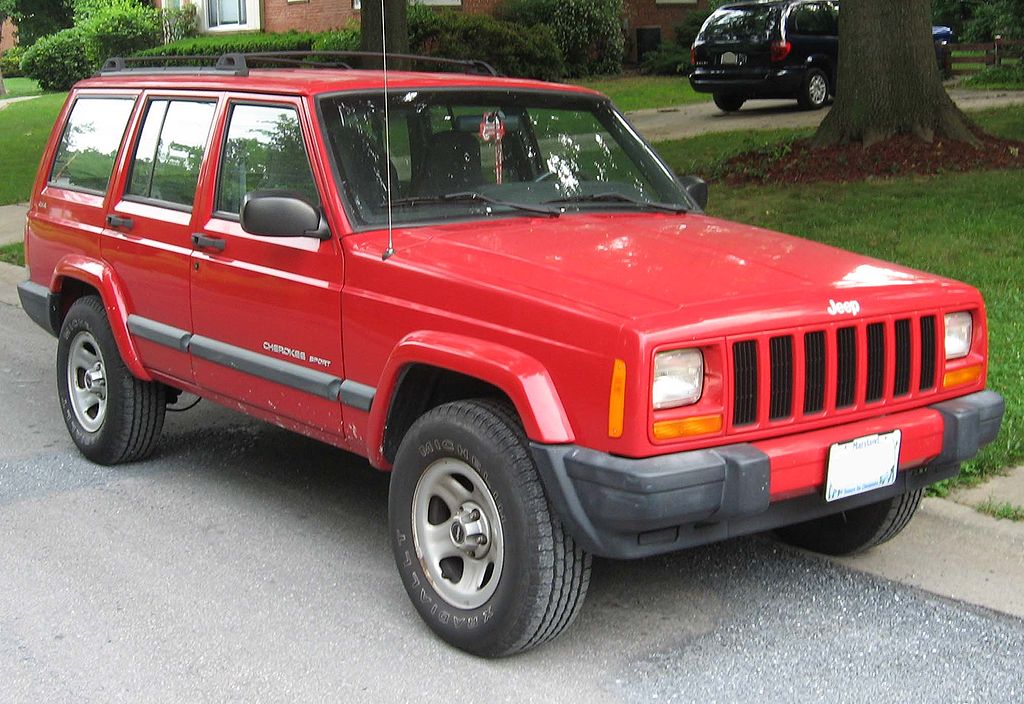 The original Cherokee is both nostalgia on wheels and a historically significant vehicle. All modern commuter SUVs owe their lineage back to the Cherokee. Moreover, its styling remains timeless — the perfect silhouette of what we picture in our minds when we think of an SUV.

The Cherokee also featured a number of peculiar and interesting engines over its lifespan, including; an AMC 2.5-litre four cylinder, a GM-derived 2.8-litre V6, a Renault-sourced turbo-diesel four cylinder, and a 4.0-litre inline-six developed by AMC.

Prices have risen on 80s Cherokees about 25% in the last year — perhaps as a result of all the above factors— but you can still buy a good one for $10,000. 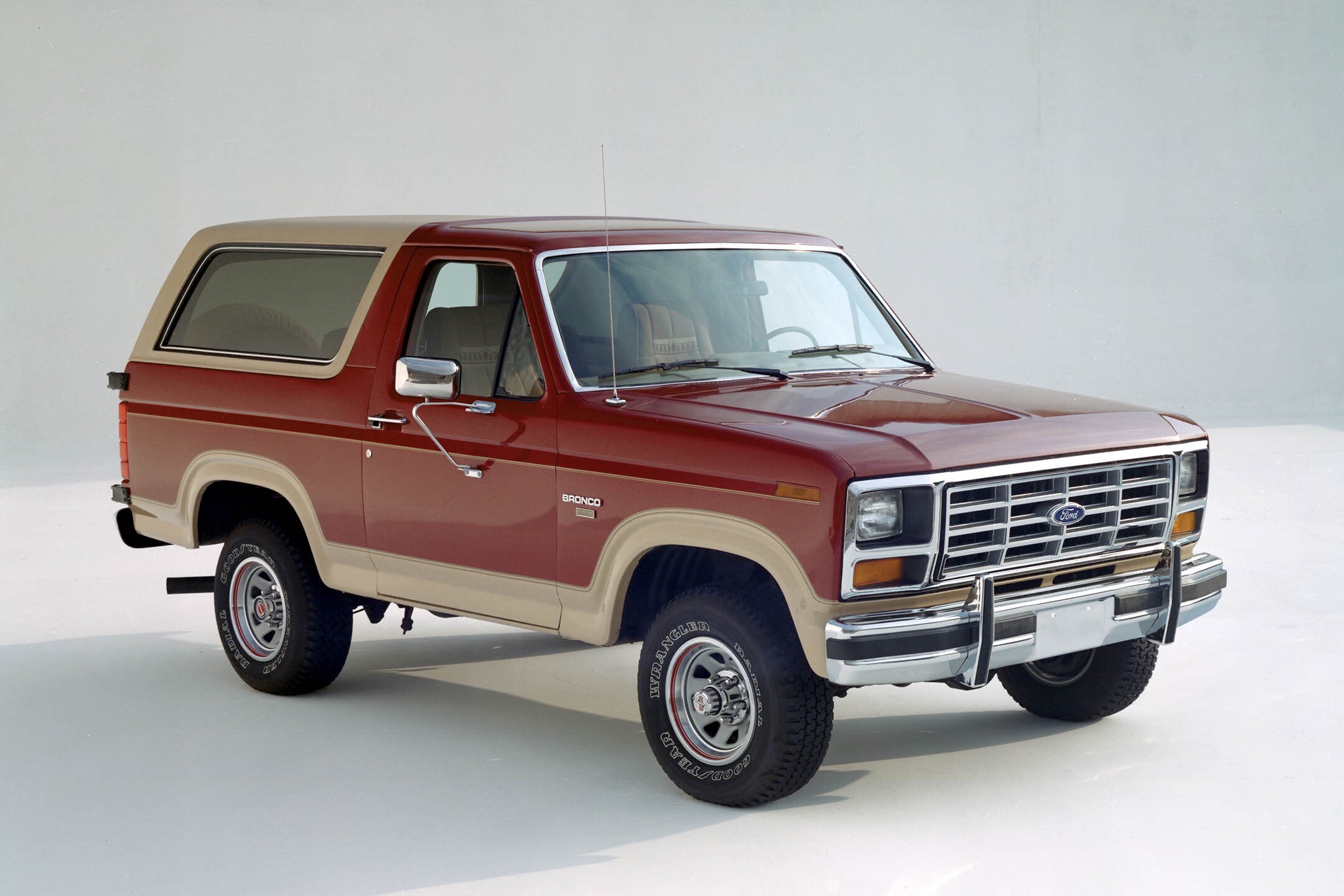 Prices for the first- and second-generation Ford Bronco have gone berserk. Which means that the third generation—the one before the Bronco name became associated with that whole “low-speed chase” incident—are likely soon to follow.

Sure, the very best version only made a very questionable 210 horsepower from its 351 V8 engine. However, the third-gen Bronco introduced “twin traction beam” suspension — which greatly improved the ride and served to make off-roaders more friendly to the general public. Like the Cherokee, the third-gen Bronco is a genesis for the type of vehicles we see today. 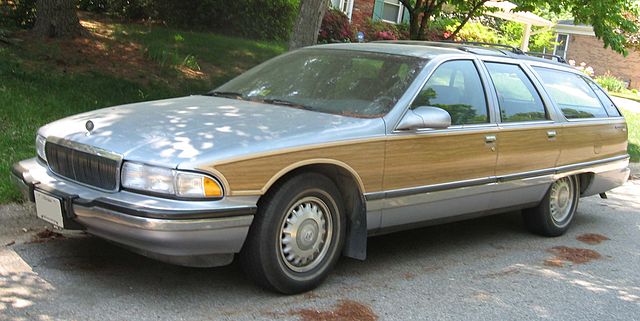 Nostalgia is a powerful force that can make people do weird things. And if the Buick Roadmaster makes us feel anything, it’s nostalgia.

It is perhaps the most stereotypical station wagon of all time—complete with its faux wood side paneling. The Roadmaster represents the zenith of a bygone era; a time before SUVs and crossovers dominated North American roads. A time when Griswold mobiles roamed the Earth.

However, what’s particularly interesting about the 1994–96 Buick Roadmaster is that they feature the 260-hp LT1 V8 from the Corvette. Seriously. This was an enormous, lame-as-all-hell-looking station wagon that you could have with a small block V8.

Prices on “Excellent” and “Concours” examples have risen by about a third in the last two years, but you can still buy a “Good” example for less than $10,000. 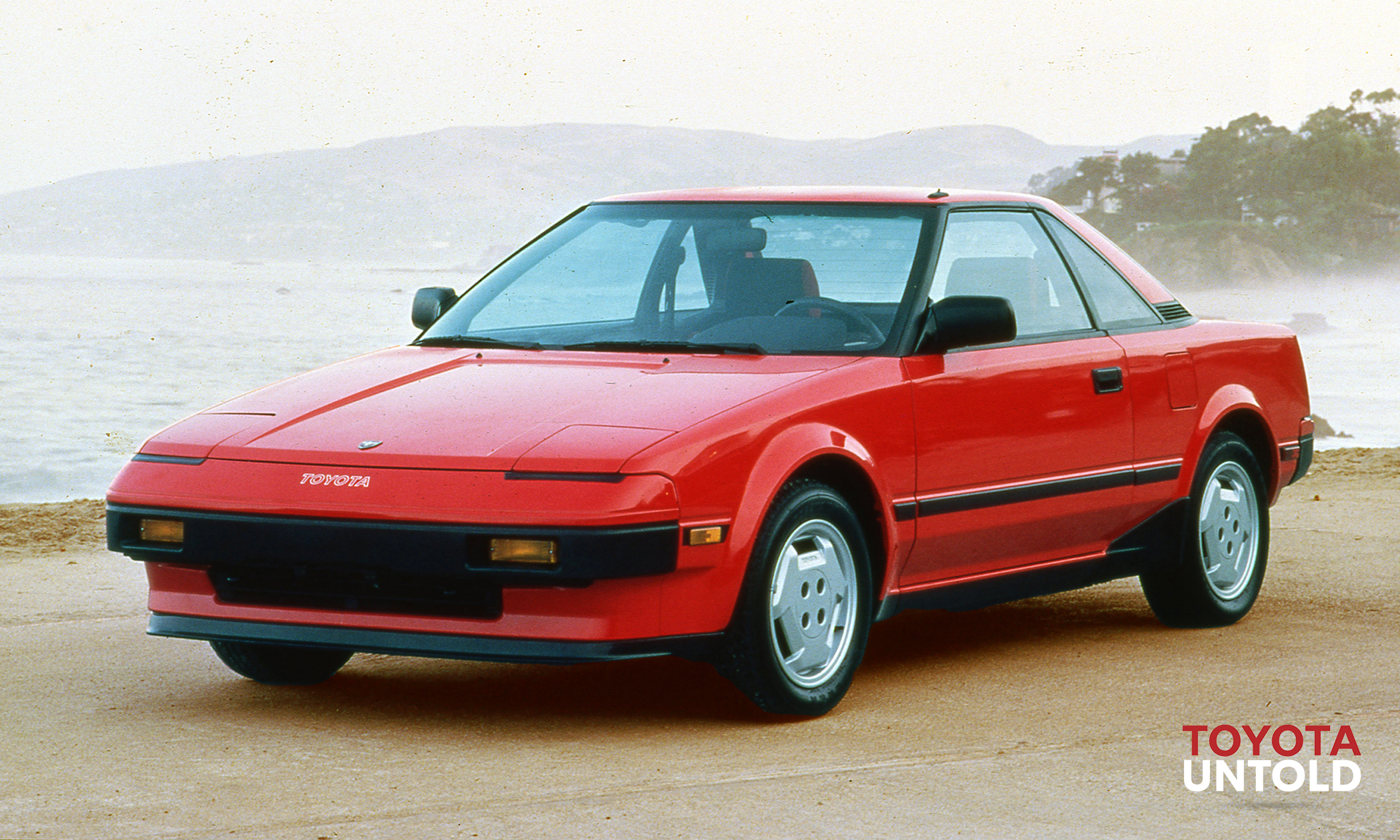 Decades before the C8 Corvette succeeded in bringing rear-engine performance to the masses, the Toyota MR2 attempted, and in many ways succeeded at the same trick.

Originally available with a 1.6-litre, twin-cam four cylinder engine, producing only 112 horsepower, the MR2 overcame its power deficit by weighing only 2,400 pounds. A 145-hp supercharged engine was made available in 1988, which improved 0 – 60 mph times from about eight seconds to 6.5 seconds—which would be acceptable acceleration from a car this inexpensive by today’s standards

The MR2 is yet to see a huge explosion in demand, and in fact you can still find good examples for under $20,000. However, there have been cases of examples reaching past $40,000 in last year — so it’s definitely one to keep an eye on. 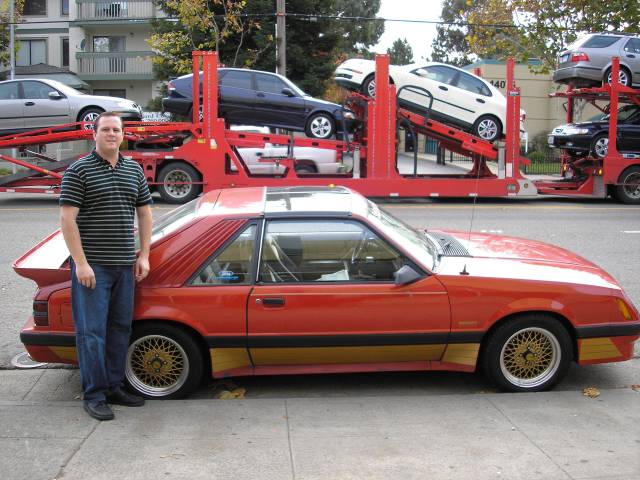 Fox body Mustangs are on the rise in value across the board. The most desirable model, the 1993 Cobra R is starting to reach “unattainable” status between its rarity and inflated prices.

However, the Saleen Mustangs of the era are perhaps even more significant (and rare) than the Cobras. After a decade as a mostly gutless economy car, it was Saleen who injected sincere performance back into the Mustang nameplate, turning the pony car back into an SCCA racing hero.

Then there’s the Saleen name on its own. The history, the races, the other vehicles the company has produced and been associated with, Steve Saleen himself— they all come to mind when you read “Saleen” on a Mustang’s windshield. Those are factors which will ultimately drive up a premium.

Prices have remained somewhat flat on these cars since 2017, so Hagerty recons you can still snag a Saleen of this vintage for around $40,000 — and that means buying one now before they go the way of the Cobra R might be a very, very wise decision. 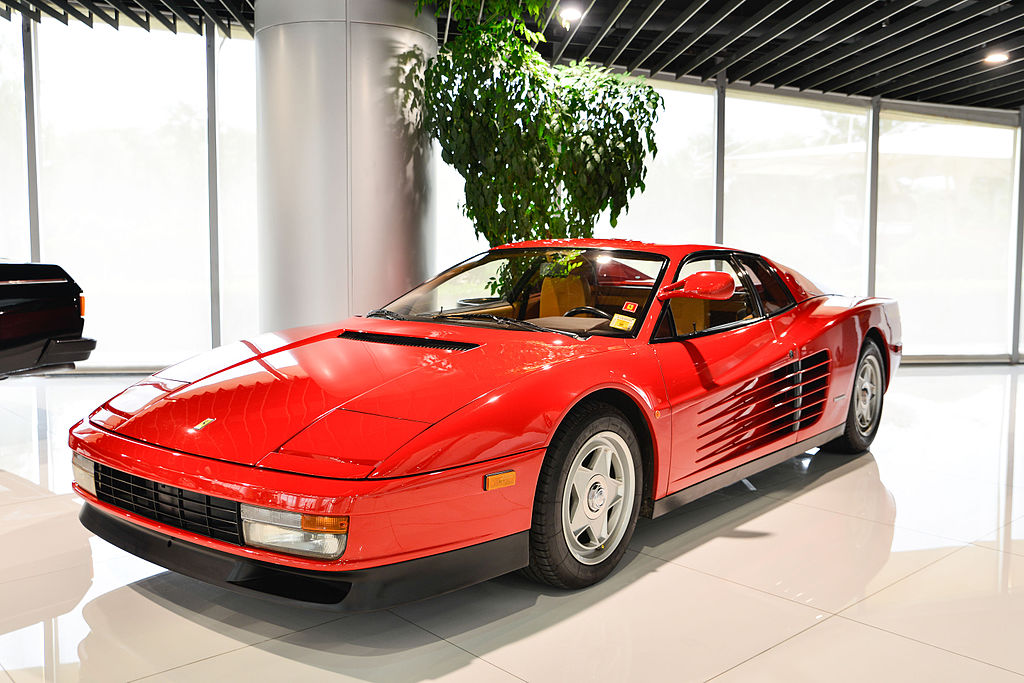 It wasn’t long ago that the Testarossa counted itself amongst undesirable Ferraris. Despite its looks, it was always a cumbersome grand tourer, mostly designed to appease the American market. So, in the years before it reached “classic” status, the Testarossa wallowed away in obscurity, in the shadows of more driver-focused, purist Ferraris.

Now, however, perhaps due to its sheer vintage, nostalgia or its revived popularity thanks to movies like The Wolf of Wall Street, Testarossas have seen a huge spike in prices. Whereas a “Good” condition example may have only set you back $75,000 (or less) two years ago, you’ll now need to shell out at least $100,000. “Concours” examples are fetching over $200,000. And a lot of that explosion in price has happened just in the last year.

True, many of us don’t have a cool $100,000 to invest in a Ferrari. However, if you’re thinking you might be ready to buy that new C8 Corvette or Porsche 911 as your retirement / mid-life crisis baby, you might consider investing in a Testarossa instead. You could potentially double your investment in under five years if the trend holds.