We scoured the Internet for supercars you might actually be able to buy... if you dare.

$60,000 is a real sweet spot in the automotive world. If you’re hitting your mid-life crisis or finally cashing in on your side hustle as an Instagram influencer (I assume someone must be doing that), you’ll find your options are plenty.

For that kind of money, you can comfortably put a brand new muscle car in your driveway. They’ll sport a badge such as “GT”, “SS” or “SRT”. If you’re buying second hand, your muscle car options will open up and could even sport badges such as “ZL1” or “Shelby”. Speaking of second hand, if American cars aren’t your thing, you’ll probably find a few decent examples of cars with “AMG” and “M” stamped on them.

$60,000 puts a Corvette or Porsche in your garage. It’ll probably even still have that new car smell. And that’s a problem.

Yes a Corvette is great value for your money. Yes a Porsche will be timelessly handsome. But every guy at the end of the street has one. You know the guy. The guy who tucks his plaid short-sleeved shirt into his khaki shorts. The guy who wears a hat with the logo of the car he owns on it. The guy who goes golfing.

You don’t want to have the same car as the guy down the street who goes golfing. He’s not a proper gearhead like you. I know you. You want something different. Something risky.

Sure, you could take your $60,000 and drive away with the first drop-top Corvette you see on the lot. Or you could scour the Internet for a supercar—the kind that would blow the doors off of Mr. “Keep my golf clubs in the back of my 911 in case I can knock off early to hit the back nine.”

Yeah, yeah, these cars might explode on you and the oil changes will cost you your first-born. But who cares? At least you’ll be the only one on the block with a supercar. And you won’t be getting offers to go golfing anytime soon. 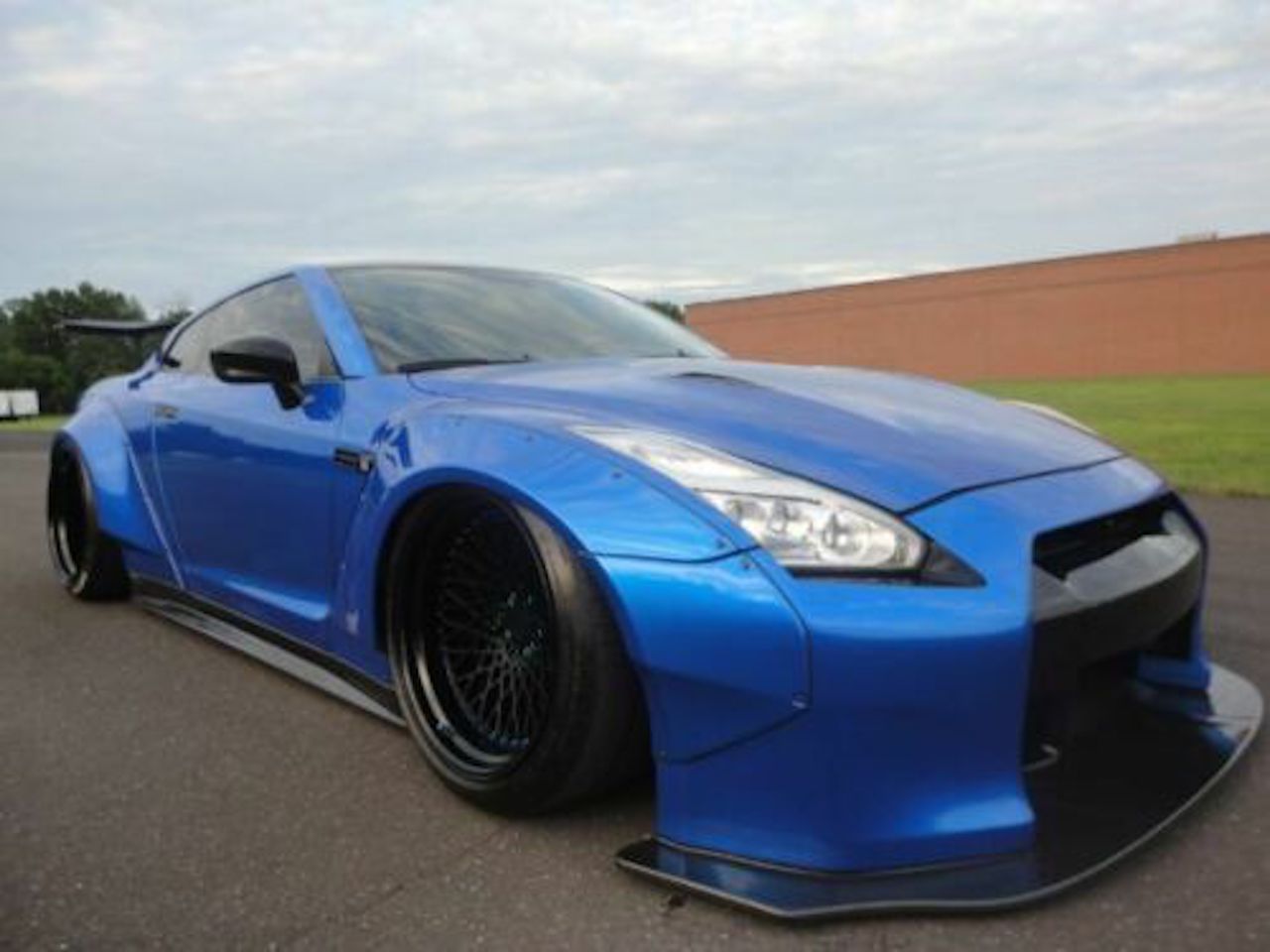 Like this one. Let’s be honest, you knew this was going to be first on the list. That’s because a Nissan GT-R ticks off a lot of boxes. It’s different. It’s affordable. It’s blisteringly fast.

The Internet will tell you that a GT-R (and really, everything) needs 1,000 horsepower. However, I’d wager that any Internet-er proclaiming the aforementioned has never experienced flat out acceleration in a stock GT-R.

These early R35 GT-Rs may only have a pedestrian 480 horsepower, but their accelerator pedal might as well be the hyperspace throttle on the Millenium Falcon. I’m personally yet to experience anything that accelerates (and stops) as aggressively as a Nissan GT-R. Many, many words have been penned praising the GT-R’s performance. But speaking from firsthand experience, I can attest that very few of those words have been exaggerated.

The downside? No one will notice you in your “supercar”. And you will constantly have to explain to people why you paid so much money for a Nissan. 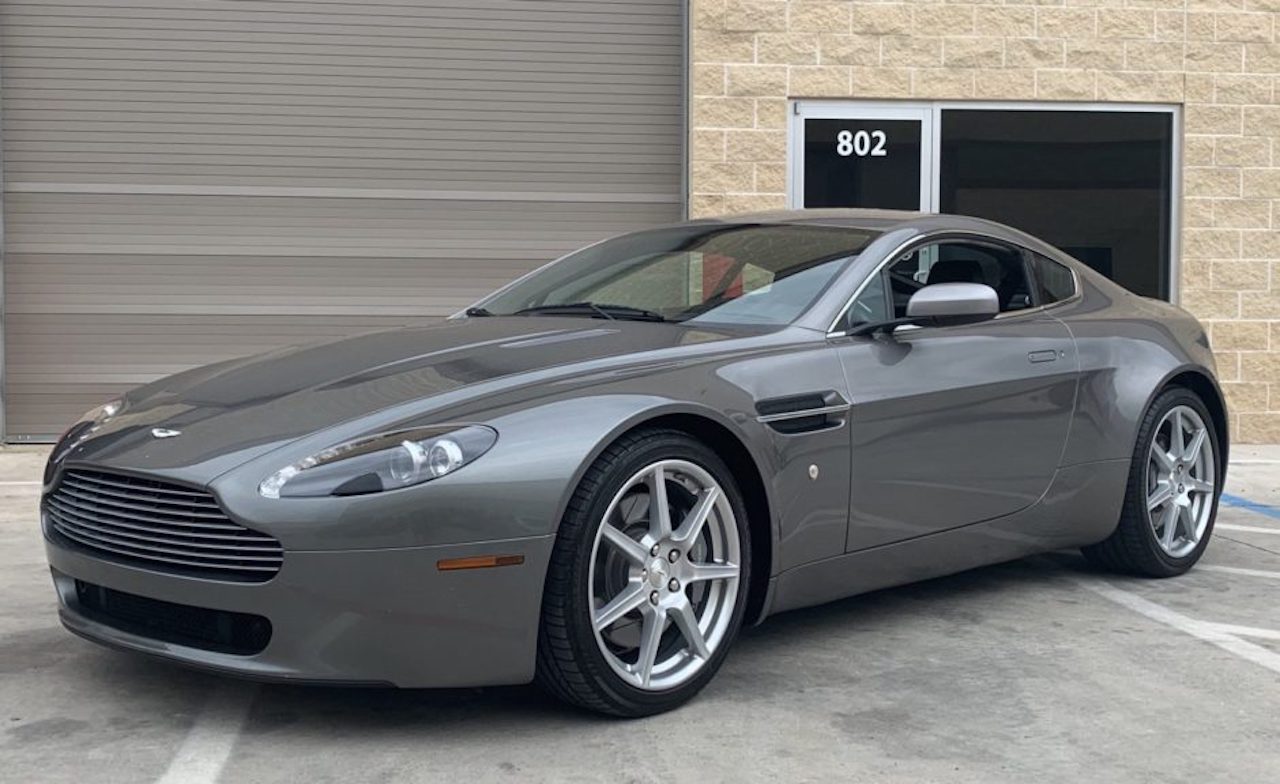 The point is, you can find Aston Martins from the mid-2000s all day long for under $60,000 and should you be so bold as to pull the trigger, you’ll almost definitely be the only one on your block living out your James Bond fantasies.

But perhaps the best thing about an Aston is, like a 911, they have a timeless body style. A 2006 Vantage looks as good today as it did when it was new. As far as the average joe will be concerned, you’re driving around in a brand new British supercar. However, as far as your mechanic will be concerned, you’ll be driving around in a hard used British sports coupe. Whatever. Worth it. 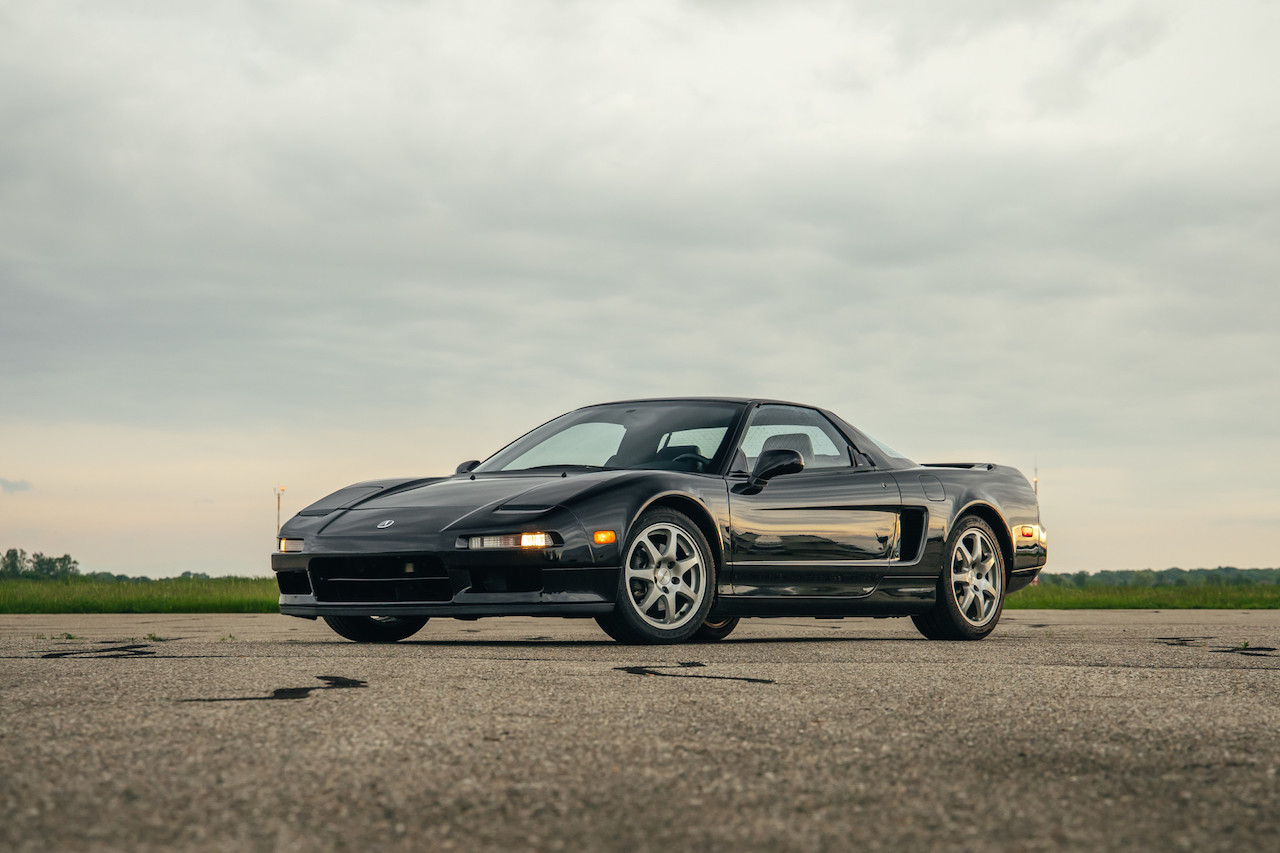 Like this one. Honda and other 90s import enthusiasts will contend that this is the best buy on the list.

One reason is because the first generation NSX is still fast by modern day standards (in 1994, Car and Driver reported that the NSX was capable of 0 to 60 in 5.2 seconds and running the quarter-mile in 13.7 seconds at 104 mph).

Another reason is that the NSX has only risen in value over the last few years. In fact, this is such the case that if an NSX does tickle your fancy, you can forget about owning a later generation car. An NSX such as this 2005 example will almost definitely bust your $60K budget.

Mostly, however, advocates of this car will talk about the NSX’s infamous reliability and relatively low service costs (at least, by supercar standards). This is thanks to having a VTEC powertrain which more closely resembles that of a Honda Accord than any other car on this list.

(A common misconception is that the NSX has the same engine as an Accord of that year. This is not the case. The 3.0-litre C30A and 3.2-litre C32B may have been VTEC engines, however they were exclusive to the NSX.) 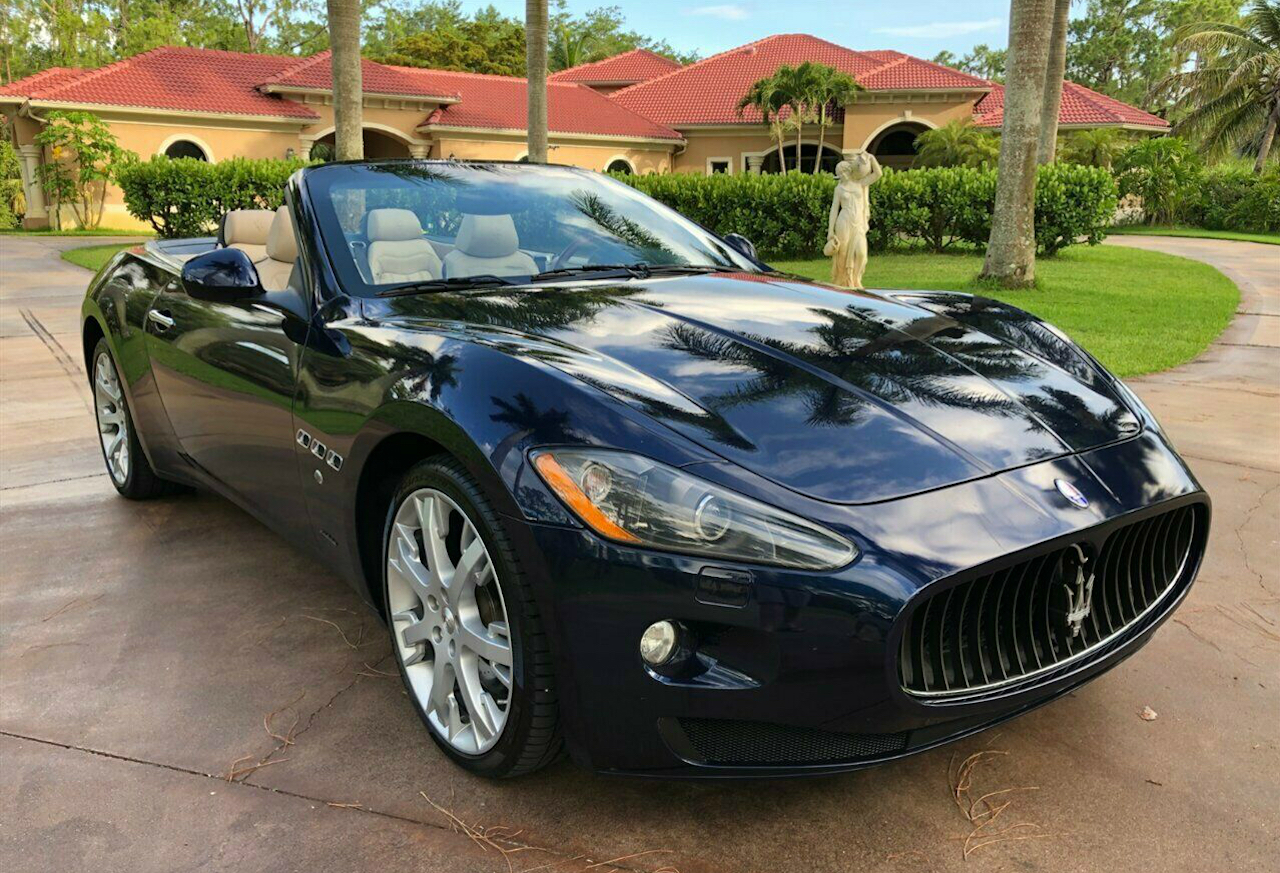 I honestly don’t know what kind of person buys a Maserati brand new. Who has roughly $200,000 burning a hole in their pocket and thinks, “I want to spend this on a high-end Italian sports car that ISN’T a Ferrari or a Lamborghini”?

Oh well. Their loss could be your gain as you’ll almost certainly be the only one your street with a Maserati Gran Turismo. 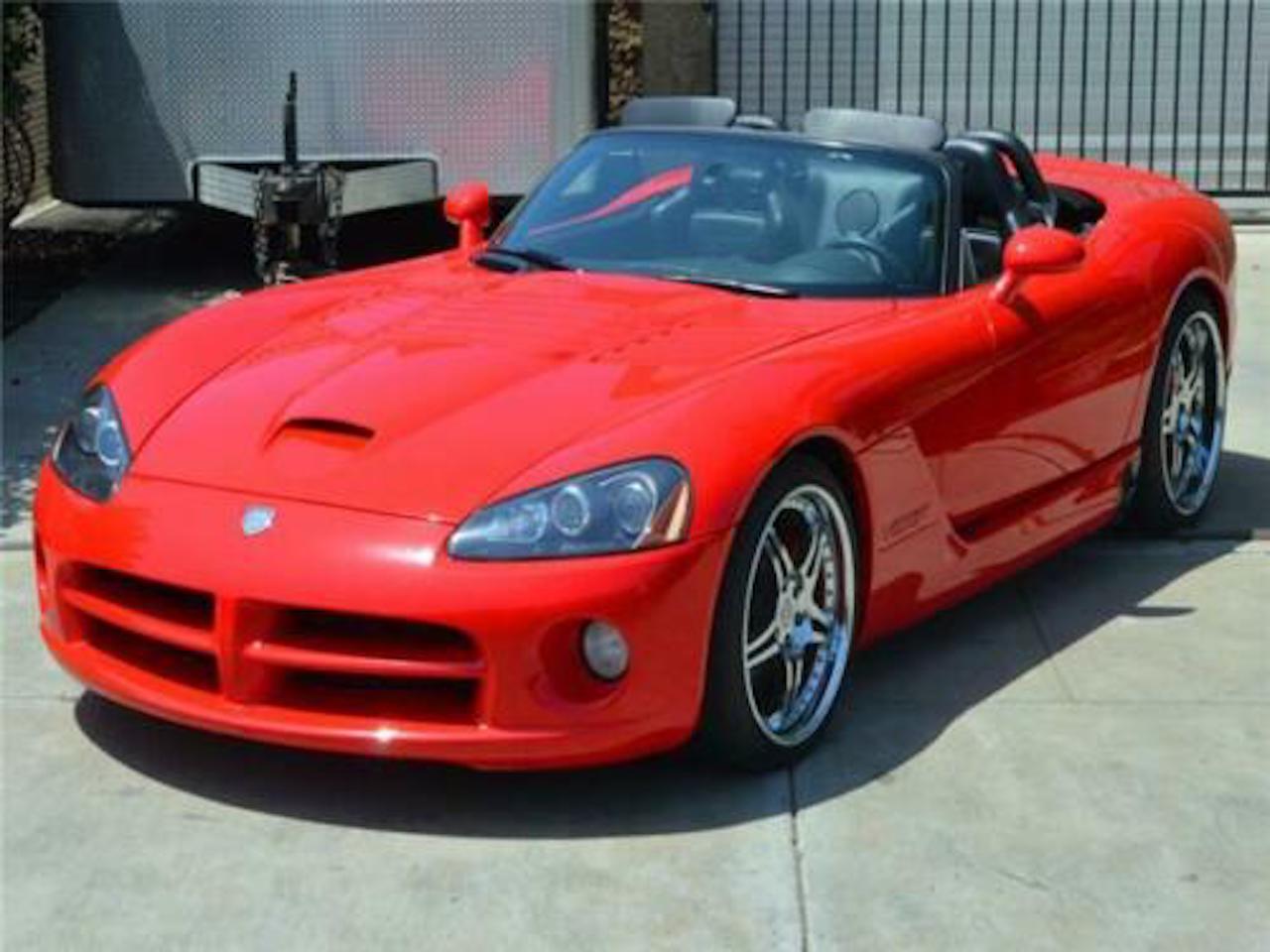 To be clear, a Corvette Z06 from this generation is a better buy. It’s easier to drive, easier to service (it still has an LS engine, after all), won every comparison test out there when it comes to performance…  and it doesn’t make you look like Kenny Powers every time you drive it.

The whole point of this list is to buy something different. To break the mold. To stand out. It’s not about being logical or doing what makes sense when you crunch the numbers on paper. This is about taking a chance and giving a stern middle finger to the country club crowd. And what could possibly do that better than a 500 horsepower 8.3-litre V10 under the hood of a car branded with a cartoon snake? 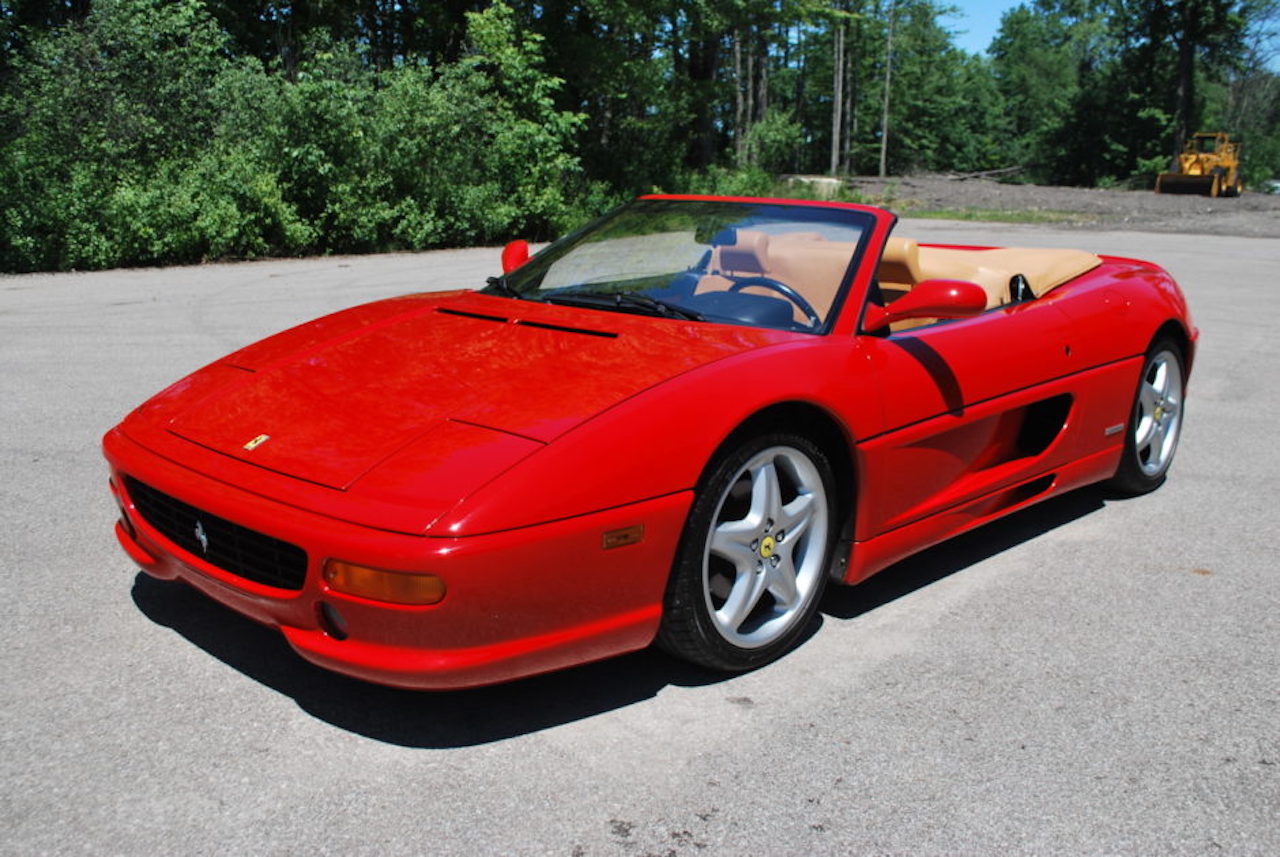 If buying a used Ferrari from the 90s seem like spitting in the face of God and daring him to make your car explode, that’s because it is.

You’re probably worrying about silly things like “reliability” and “maintenance costs.” But this isn’t a minivan. This is a Ferrari. It isn’t about logic. It’s about a 375 horsepower 3.5-litre V8 and 6-speed manual transmission with a gated shifter. It’s about emotion. Supercars are about emotion.

Sure, this is the Ferrari which gets smoked by Brian’s Supra in the first Fast and Furious. But the joke now is that a MKIV Supra could cost you twice as much as this Ferrari. THIS car is actually the blue-collar option.

There are a million things you could convince yourself of so as to not buy a used Ferrari. But here’s a better question, why not own one? Is life really so long as to never get to experience the fun and pride of owning a Ferrari? Or any supercar for that matter? Is it really a privilege reserved for people who only buy their sweatpants from Gucci? I don’t think it should be.

Life’s too short. Buy a supercar. And don’t go golfing.