Early buyers have warned should be avoided due to stubborn mechanical issues that have made ownership a headache for some.

Contemplating a new ride this fall? Shoppers kicking the tires on the latest 2020 models might want to give the remaining 2019 inventory a good look, too, especially if they’re discounted to sell quickly.

But sometimes there’s a reason certain cars and trucks linger on the lot.

But the old adage advising buyers to avoid the first year of a new model still holds true.

Last winter we cautioned shoppers about the redesigned 2018 Jeep Wrangler, which buyers complained had an unstable “death wobble” suspension, wandering steering, bad welds and transmission issues. Now comes word the U.S. government (NHTSA) is investigating the steering problems and frame welds in about 270,000 2018 and 2019 Wranglers.

Here are seven redesigned or all-new 2019 models that early buyers have warned should be avoided due to stubborn mechanical issues that have made ownership a headache for some. Caveat emptor is still as relevant today as it was back when everyone spoke Latin.

Recognizing that Warren Buffet is just about the only buyer left who’s interested in driving a big Cadillac sedan, GM’s luxury division is rapidly filling out its SUV lineup to profit from the seemingly endless demand for utes. The XT4 is Caddy’s all-new, and smallest, offering in the burgeoning premium compact SUV segment. 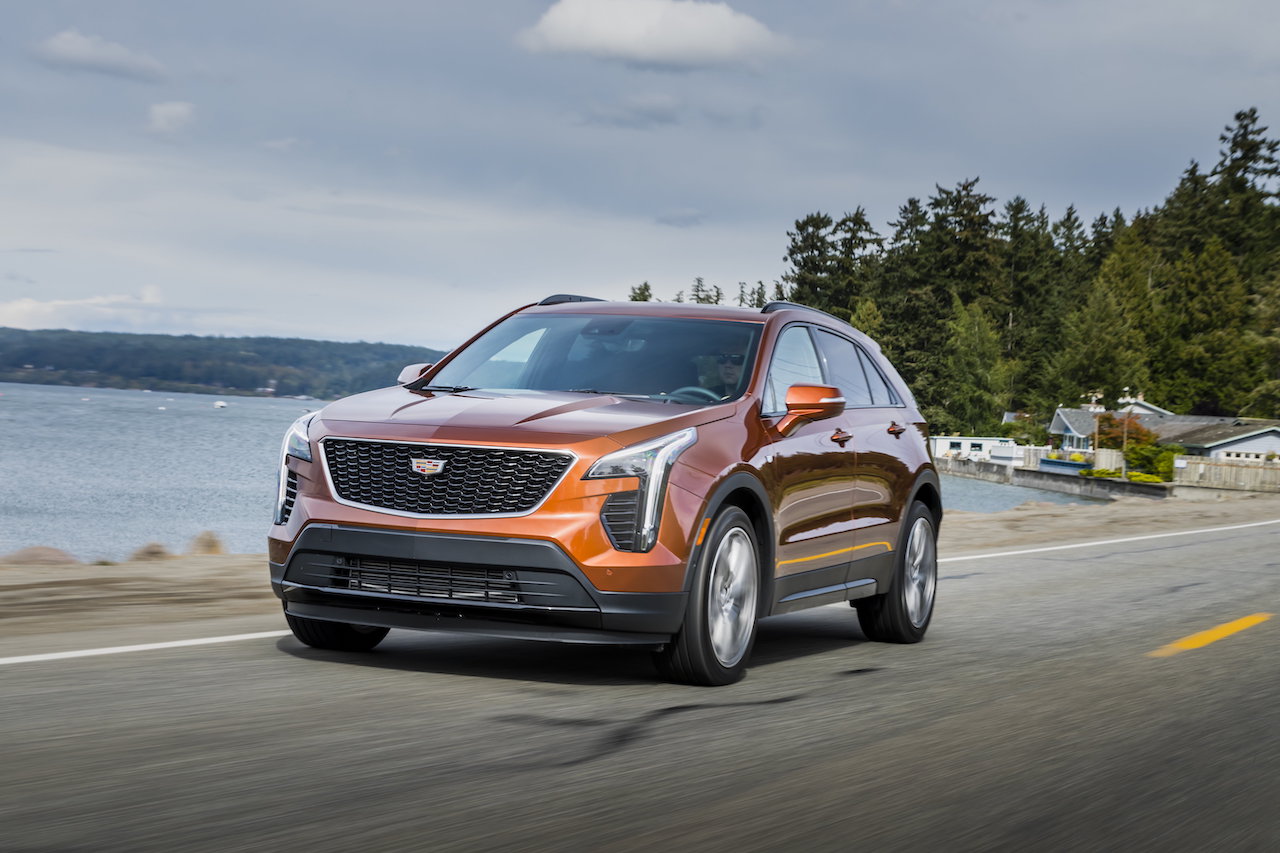 Powered by a 237-hp 2.0-L turbocharged four cylinder working through a nine-speed automatic transmission, the XT4 is a crisply designed looker that brings Cadillac’s A-game to the fore. Thanks to its long wheelbase, the cabin is roomy and the seating accommodates all shapes and sizes. Unfortunately, the wee engine is a little rough around the edges and delivers more noise and vibration than is acceptable in the luxury class.

Yet it’s the transmission that earns the most raspberries from owners. There’s plenty of online remarks about drivetrain shudder and rough shifting unnerving drivers. A significant number of XT4s have had their transmission replaced just weeks after purchase, and sometimes more than once – not a good omen for an all-new model. In addition, a few buyers have noticed the engine may be consuming oil, so the dipstick should be monitored.

Subaru launched its first seven-seater crossover in 2006, but the awkwardly named B9 Tribeca was homely and cramped, and failed to establish the quirky Japanese automaker in a lucrative segment. Subaru took time to dissect the market before trying again with the Ascent, a midsize seven- or eight-seater crossover that packages the unique benefits of a Subie in a family-size conveyance. 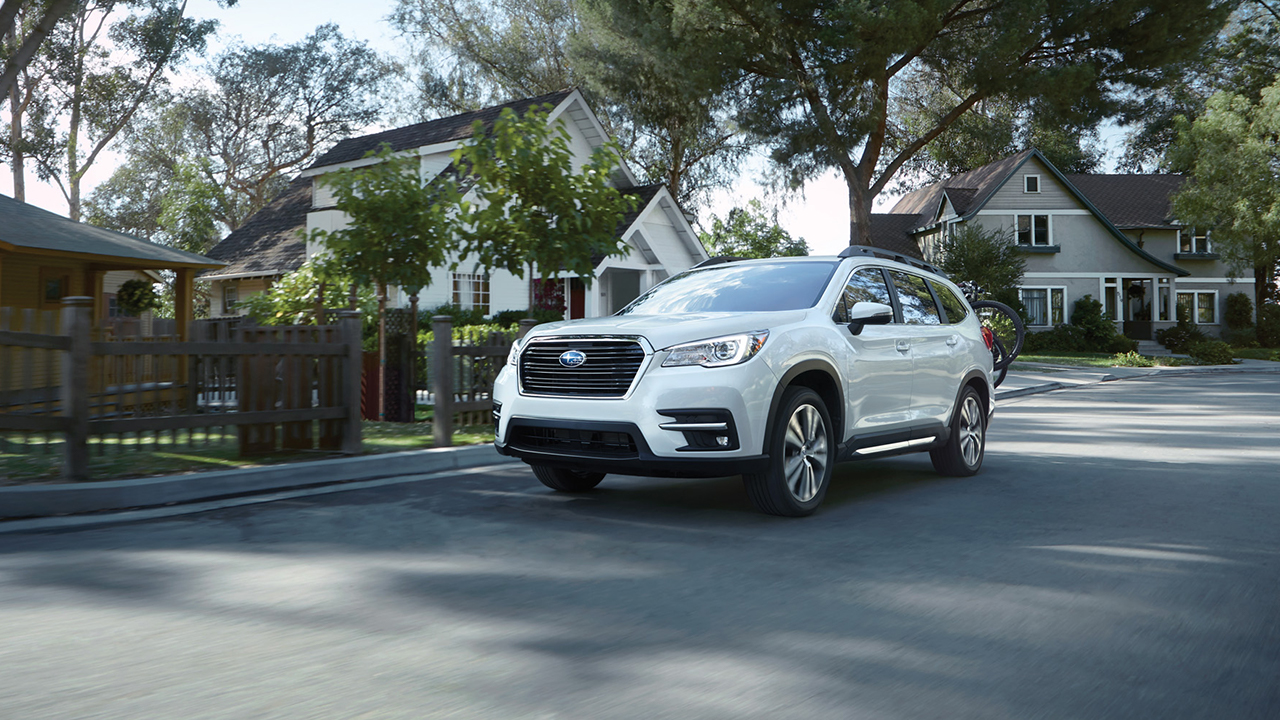 The Ascent uses a turbocharged 2.4-L horizontally opposed four-cylinder engine, good for 260 hp and 277 lb-ft of torque, tied to a continuously variable (CVT) automatic transmission and driving all four wheels all the time – all part of Subaru’s zeitgeist. The “boxer” engine hits above its weight class and moves with authority, while the cabin is commendably quiet and packed with enough driver-assist technology to keep everyone safe.

On the downside, Ascent owners have experienced an epidemic of faulty CVT transmissions that shudder and lurch before failing altogether in some instances and at low mileage. To add insult to injury, there’s a shortage of replacement transmissions in the dealer network. There are also complaints about the liftgate getting stuck, batteries dying early, and the optional panoramic sunroof cracking.

Jeep has been a huge moneymaker for Fiat Chrysler, so much so that the automaker couldn’t resist fattening the model lineup with car-based crossovers wearing the brand. In resurrecting the Cherokee name, Fiat adopted its Compact Wide unibody platform derived from the 2010 Alfa Romeo Giulietta to give the all-new 2014 Cherokee a nice-riding platform. 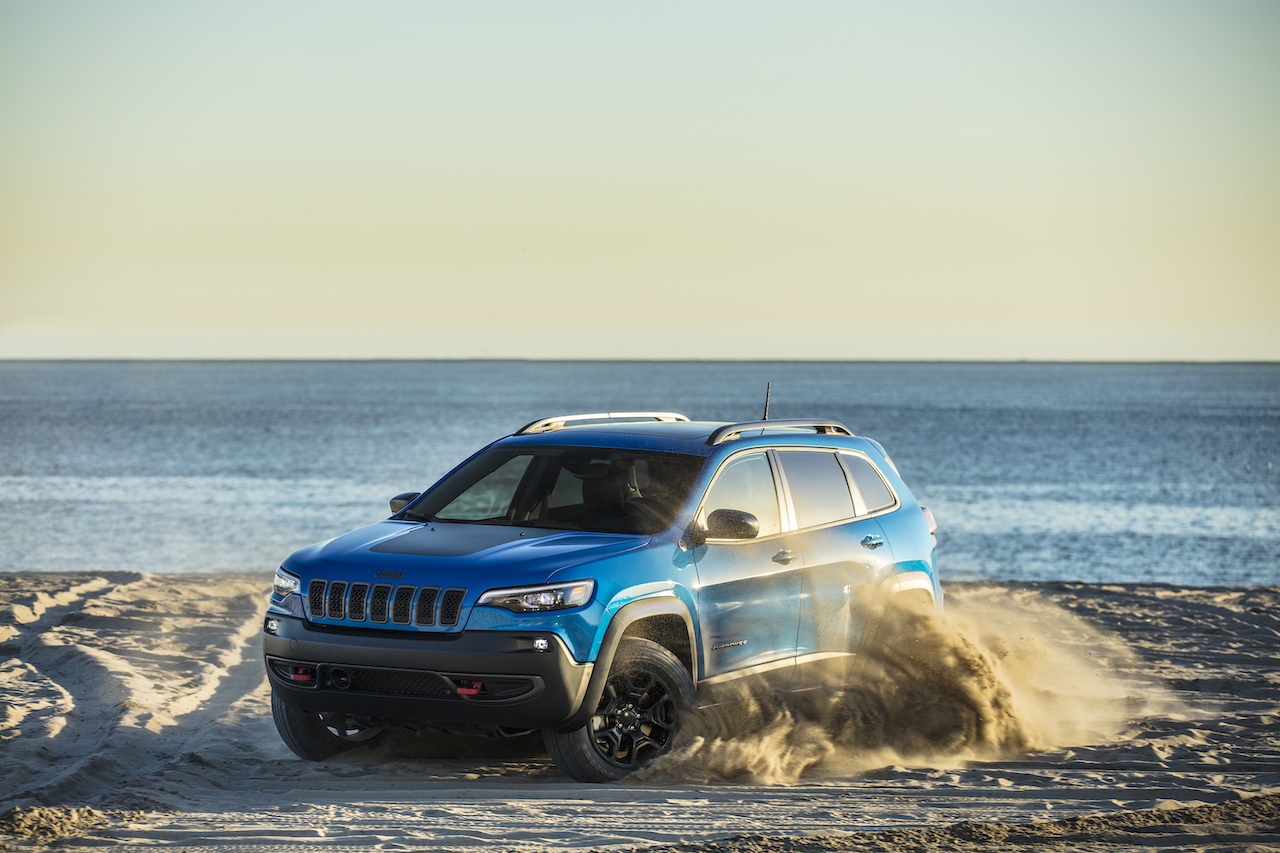 Thoroughly refreshed for 2019, product planners added a 270-hp 2.0-L turbocharged four cylinder as an optional powerplant, in addition to the standard 2.4-L four and a 3.2-L V6. All three mills use a ZF nine-speed automatic transmission. Unfortunately, the German-designed autobox prompted a tsunami of complaints about its shift quality and reliability when it was introduced five years ago.

Fast forward to today and owners’ criticisms of the refreshed Cherokee have spiked again. The 2019 models are racking up engine complaints for suddenly shutting down at speed. The unsettling problem may be related to the notorious automatic transmission, which continues to exhibit hard shifts and jerky operation. A defective wiring harness may be responsible for the sudden shutdowns and unexpected shifting into neutral. Also, Fiat’s four-cylinder engine is prone to consuming lots of oil.

Like so many automotive brands, Honda’s Acura division is amping up its sport utility models to fill its cash registers as sedan sales wane. Its smaller RDX ute was aggressively redesigned for 2019 to help capture the hearts and wallets of shoppers. The third-generation model returns to its roots by offering a turbocharged four-cylinder engine as its sole powertrain. 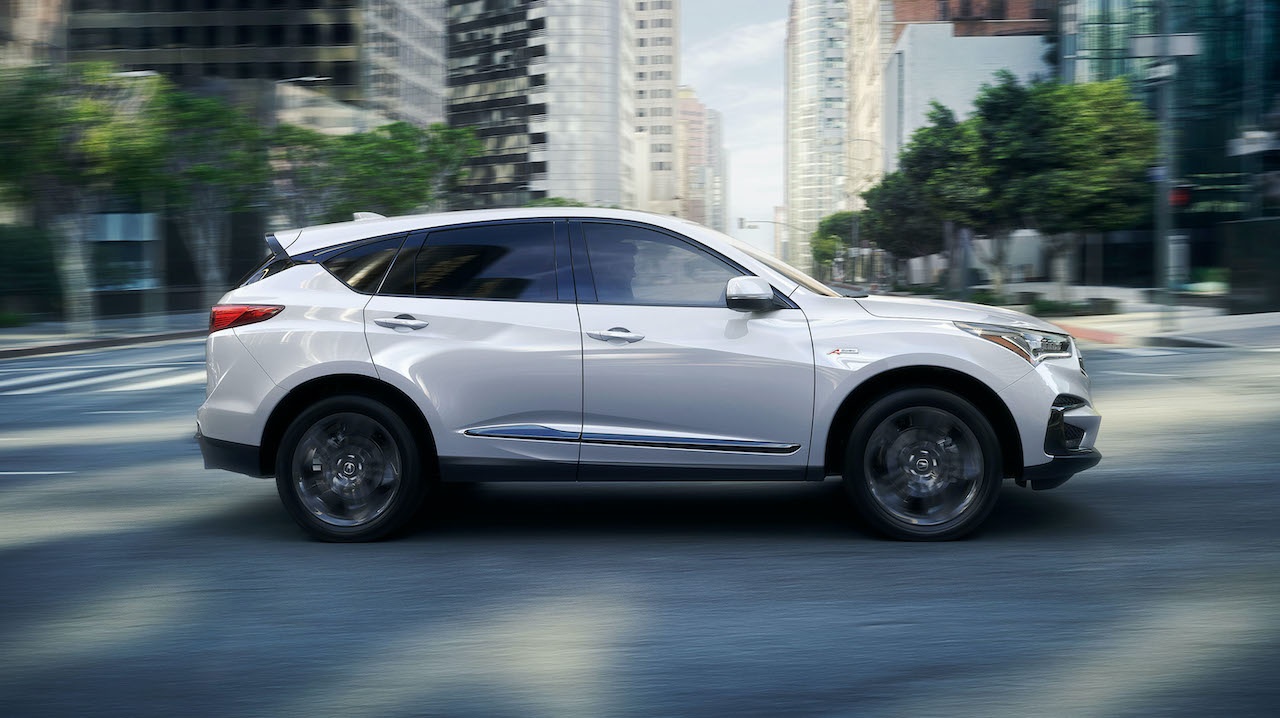 The aluminum 2.0-L four puts out some good numbers: 272 horsepower and 280 lb-ft of torque, working through a 10-speed automatic of Honda’s own design. The RDX also saw the return of Acura’s SH-AWD torque-vectoring system, which can dispatch up to 70 per cent of the torque to the rear wheels and direct it to either rear tire. It makes for an entertaining drive.

Unfortunately, the RDX’s transmission is a bit of a laggard; it shifts gears slowly until it warms up, owners say, and even then it doesn’t always snap to attention. Others describe harsh shifting, and a few have had to have the transmission replaced. Others talk about the engine stalling at various speeds or defaulting to “limp” mode. The infotainment screen can be buggy and some don’t like the gimmicky touchpad interface.

Sensing a disconnect with buyers, Lincoln is abandoning its questionable “MK” nomenclature and rebranding its luxury models with real names that people can actually remember. Case in point is the new Nautilus, which reskins the Ford Edge-based MKX built in Oakville, Ontario, and gives it a handsome makeover complete with a Continental grille. 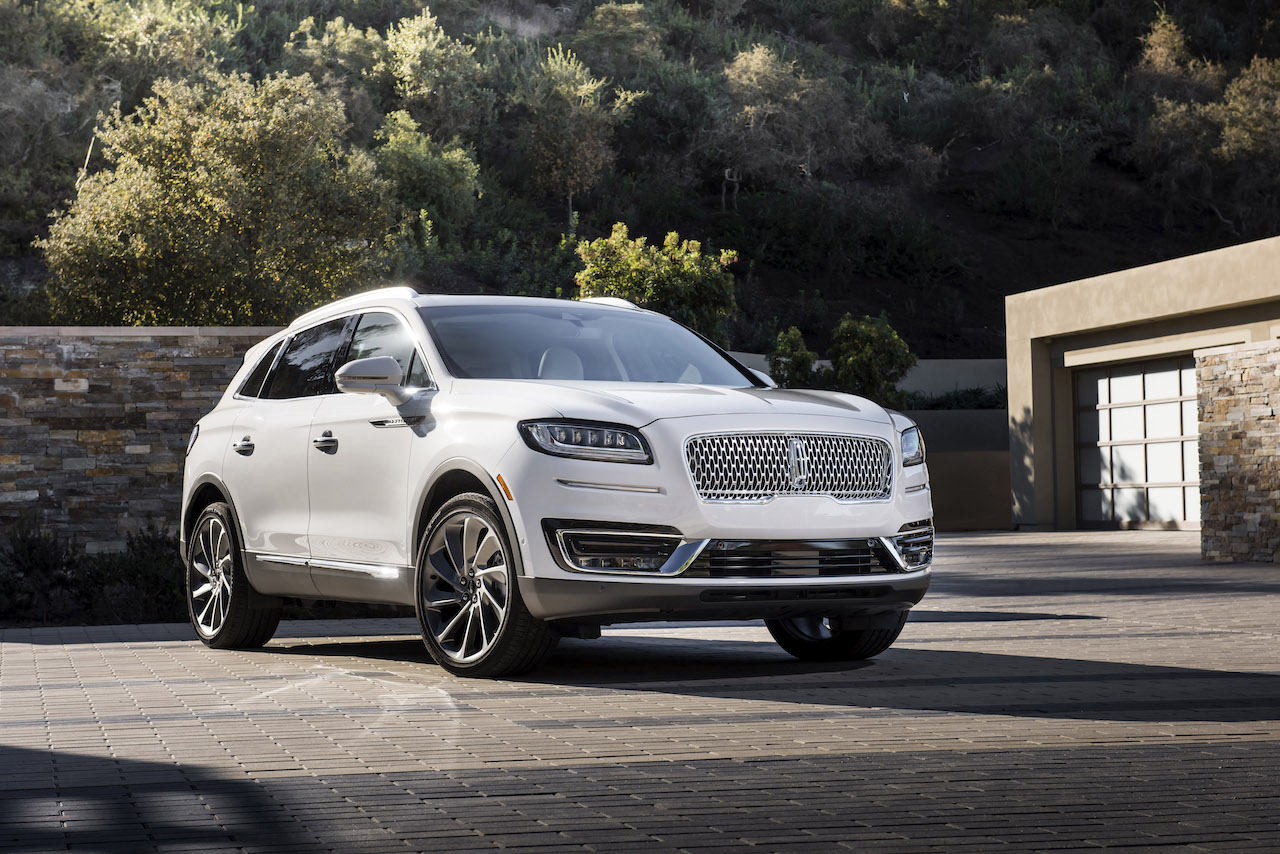 Powering the Nautilus is one of two turbocharged engines: the base 250-hp 2.0-L four cylinder, or the optional 335-hp 2.7-L V6. Each works through the standard eight-speed automatic transmission featuring a pushbutton gear selector. By avoiding the temptation to squeeze in a third row of seating, Lincoln’s crossover provides ample accommodations for five and is an appealing alternative to other midsize luxury utes.

Too bad drivers find the Nautilus a little embarrassing to drive, thanks to a transmission that may shift harshly and change from reverse to forward with all the refinement of a Massey-Ferguson tractor. It’s a joint product of Ford and General Motors that hasn’t exactly been faultless; dealers have a software upgrade that helps. In addition, the infotainment system can freeze up and do strange things, which can make for a distracting and unsafe drive, say owners.

Unveiled early last year, the redesigned 2019 Ram 1500 pickup brings a stiffer frame and more high-tech gear to the truck party. It also benefits from a 100-kg weight loss that works with the aero-smooth body to save fuel. Critics agree that Fiat Chrysler gave the new Ram the best interior of any pickup on the road today – something that’s very important to truck people. 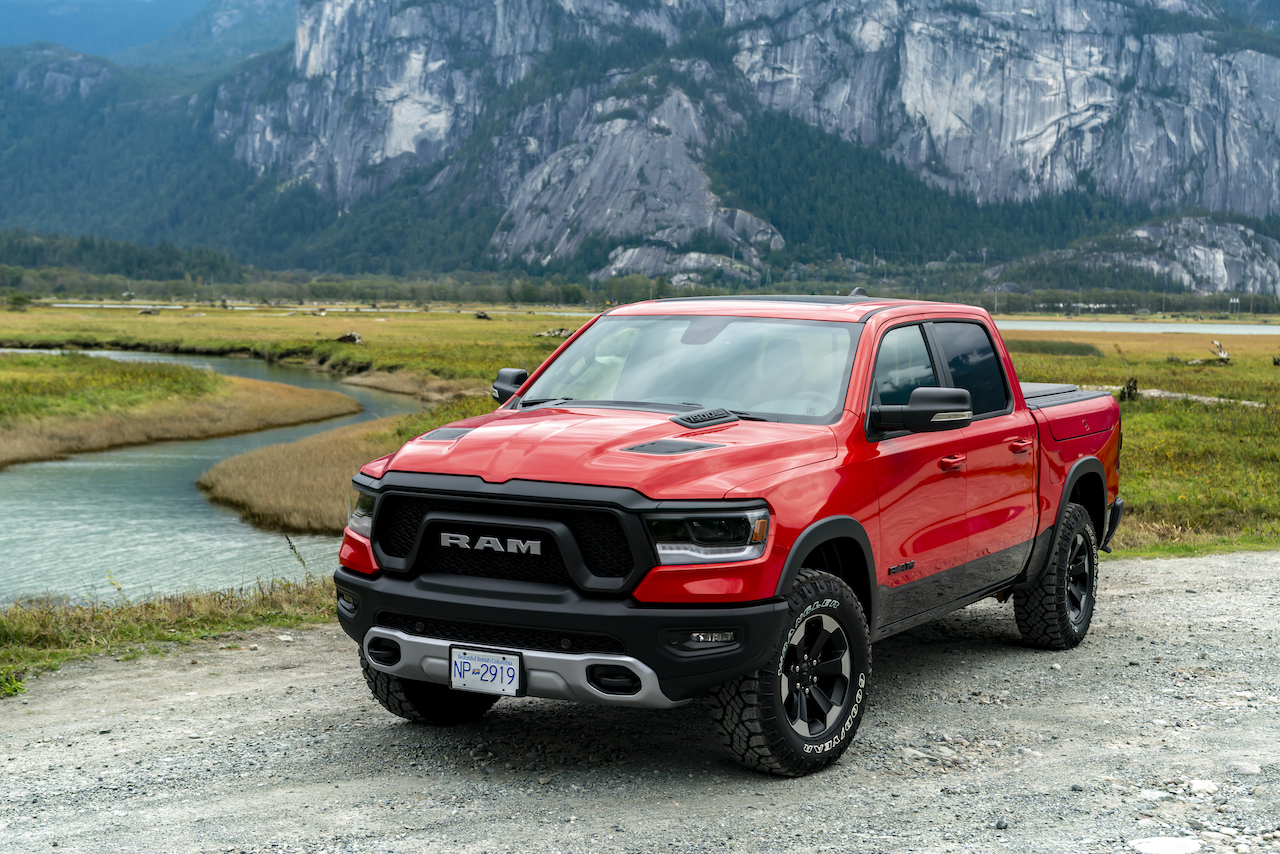 More interesting is the revised 3.6-L Pentastar V6 that features a standard “mild hybrid” system called eTorque, consisting of a 48-volt integrated starter/generator/motor that is fed from a lithium battery. It provides seamless extra torque when called for and greater efficiency when cruising. Together, the gas-electric pairing makes 305 horsepower and 269 pounds-feet of torque out of the Pentastar. The 5.7-L Hemi V8 gets the system optionally.

Disconcertingly, owners have complained that the truck’s electrically assisted steering can shut down randomly while underway. Reportedly, a faulty connection may cause an open electrical circuit that cuts out the power steering. The Ram’s ZF eight-speed transmission sometimes fails to respond to gear selection, a problem that may be related to the rotary shift knob. Owners also report loss of throttle causing random stalling, water leaks in the cabin and faulty display screens.

Toyota’s fifth-generation RAV4 crossover is bigger, wider, and boasts a more rigid structure than before – and it even looks like a mudder now. All models use the same 2.5-L four-cylinder engine, good for 203 hp in conventional form and 219 hp when paired with Toyota’s gas-electric Hybrid Synergy Drive system. Even the base engine, combined with the new eight-speed automatic transmission and lighter curb weight, brings improved fuel efficiency. 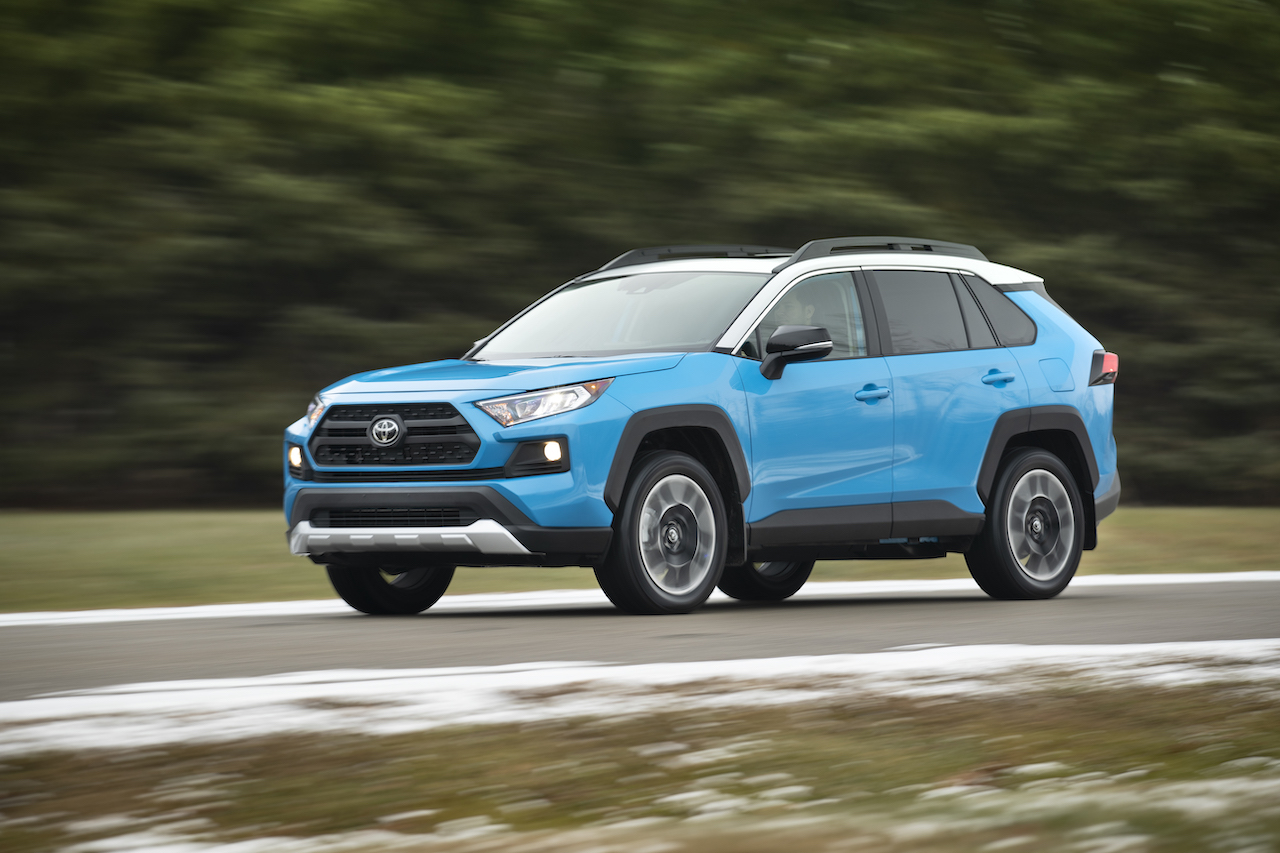 Inside, the logically laid-out controls are easy to use, while the driving position and ease of entry and exit are good. The two rows of seats and the cargo hold are among the biggest in the segment, and it doesn’t hurt that the storage floor is low and easy to load. Best of all, the RAV4 is assembled in two Canadian plants that are humming full-time to meet demand.

What’s not to like? Surprisingly, the eight-speed transmission bucks, lurches, slips and hesitates – especially when the engine is de-accelerating and then asked to accelerate again. Other owners talk of a “mooing sound” emanating from the optional torque-vectoring AWD system that may be traced to a faulty transfer case. The component has been replaced in some instances, but the drivetrain problems can persist. It’s an uncharacteristic quality misstep by a reputed automaker.